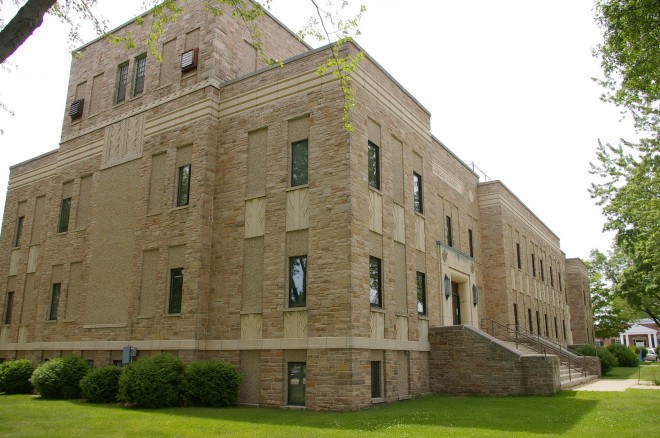 Juneau County is named for Solomon Juneau, who was the founder of Milwaukee and who lived from 1793 to 1856.

Description:  The building faces northeast and is a three story buff colored flagstone and concrete structure. The building is located on landscaped grounds in the center of Mauston. The third story is recessed. Light polished stone trims the two entrances on the north side of the building, under the windows on the first and second stories and along the cornice at the top of the second story. Wide stone steps ascend to the two entrances. In the interior are marble floors and richly paneled rooms. The Board of Supervisors Meeting Room on the west side of the second story was the former courtroom. The building houses the County Circuit Court of the 7th Judicial Circuit. The Works Project Administration supervisors was Frank R Bell and Frank Novak. 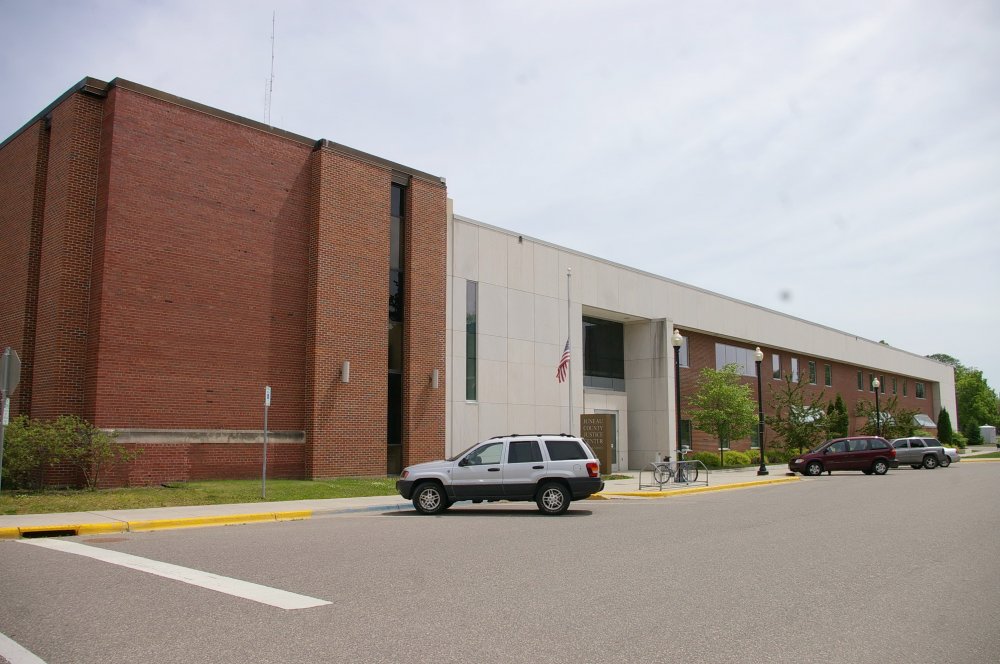 Description:  The building faces west and is a two story red colored brick, white colored stone and concrete structure. The building is located on the south side of the courthouse in the center of Mauston. On the north side is red colored brick facing with narrow vertical windows. On the west side is white stone facing at the entrance and across the top with red brick along the bottom two-thirds. The roof line is flat. In the interior there are three County Circuit Court courtrooms along the southeast side of the second story. The building houses the County Circuit Court of the 7th Judicial Circuit. 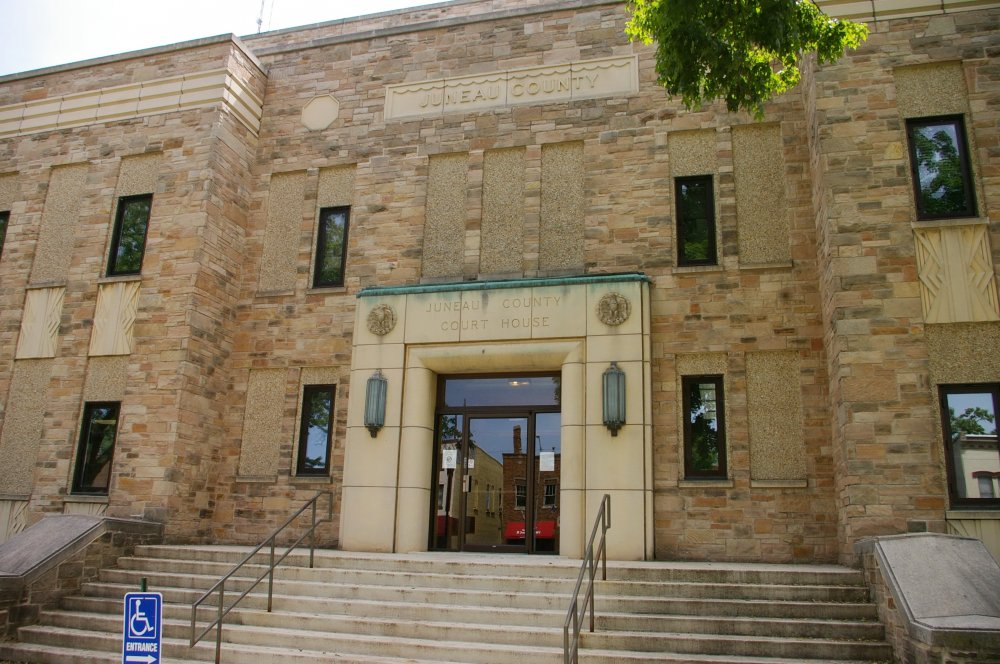 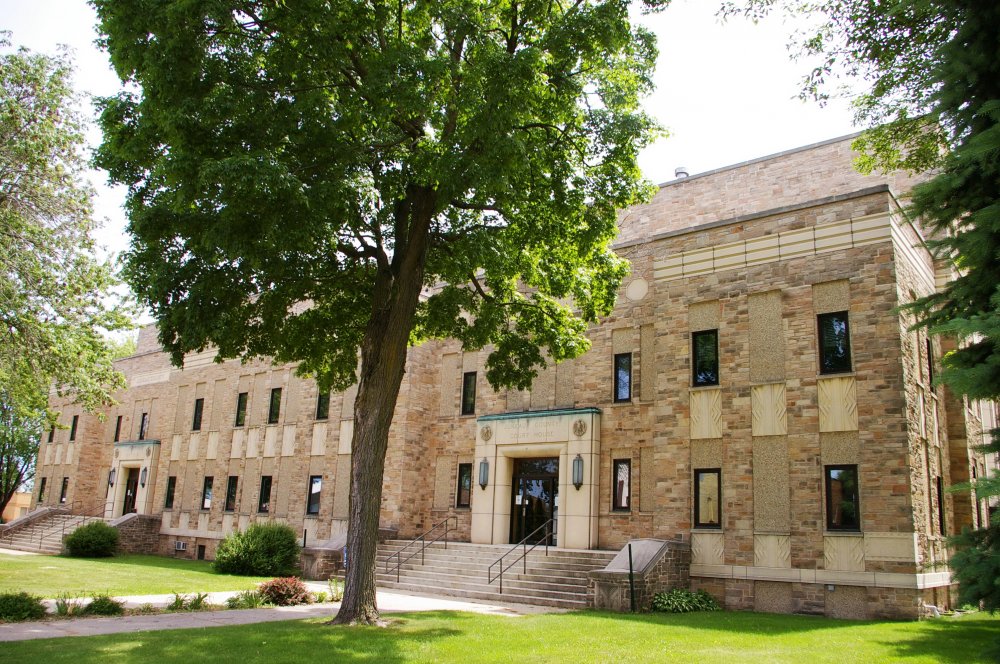 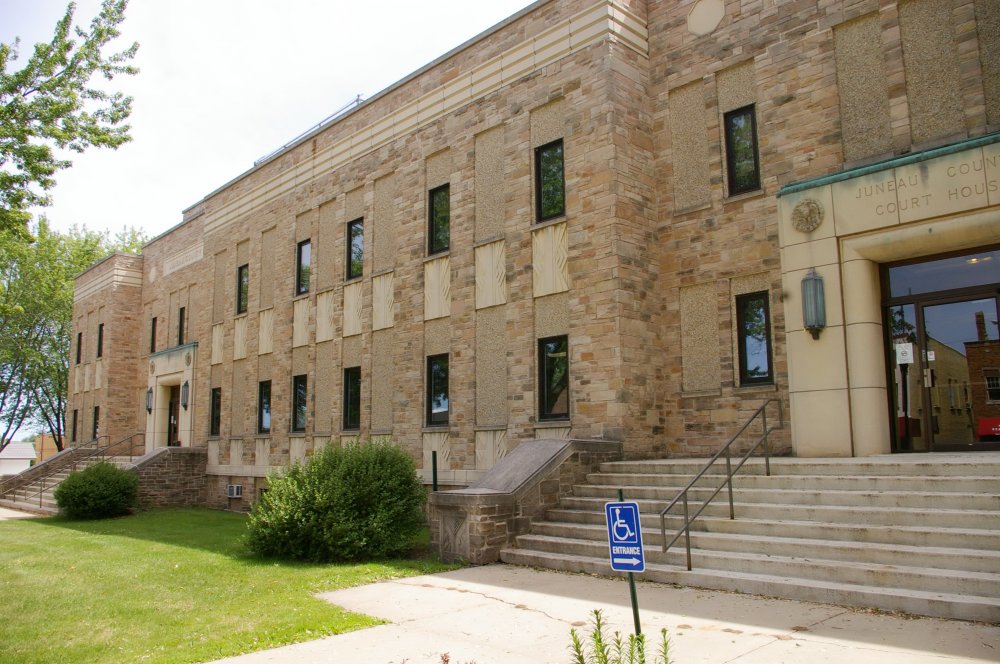 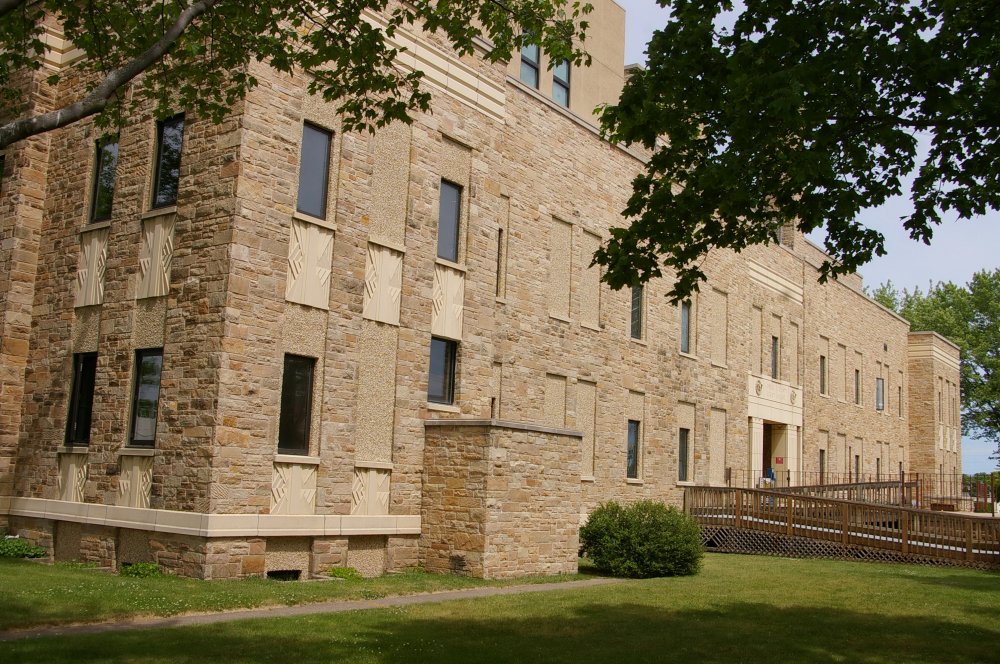 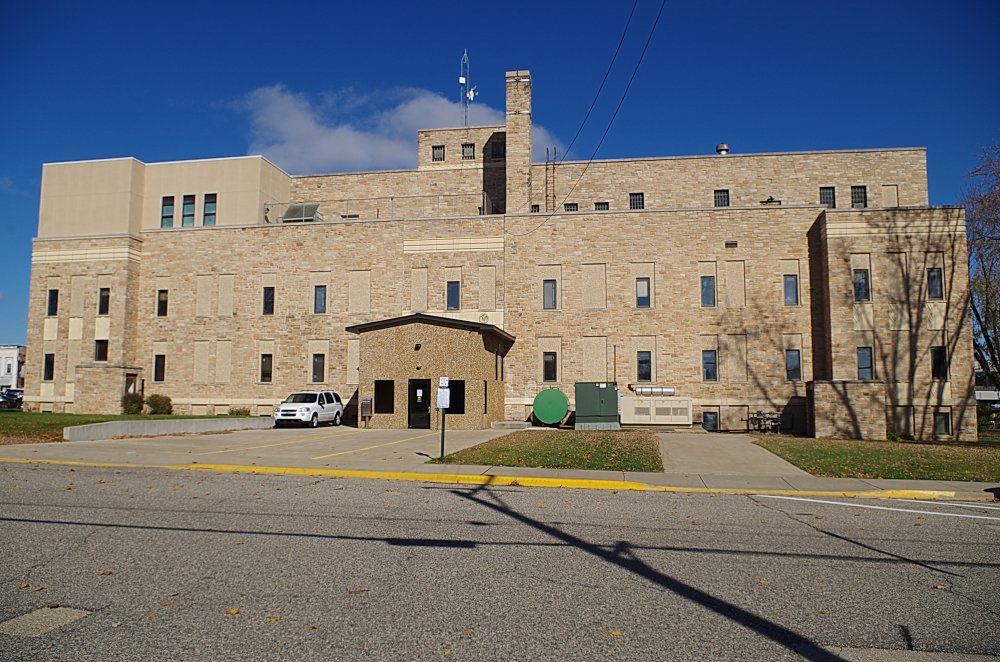 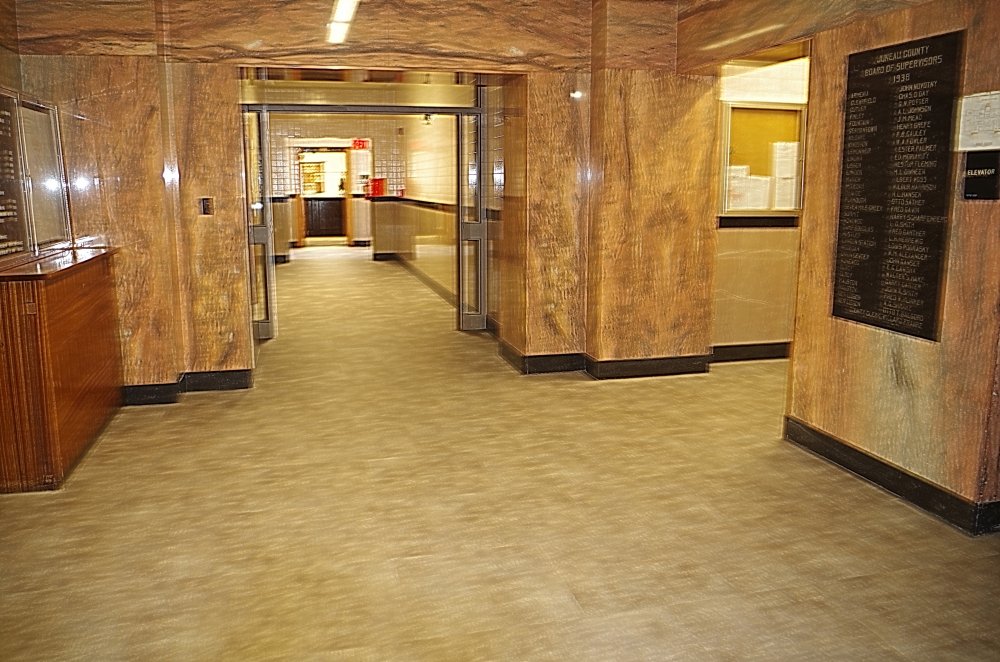 Board of Supervisors Meeting Room 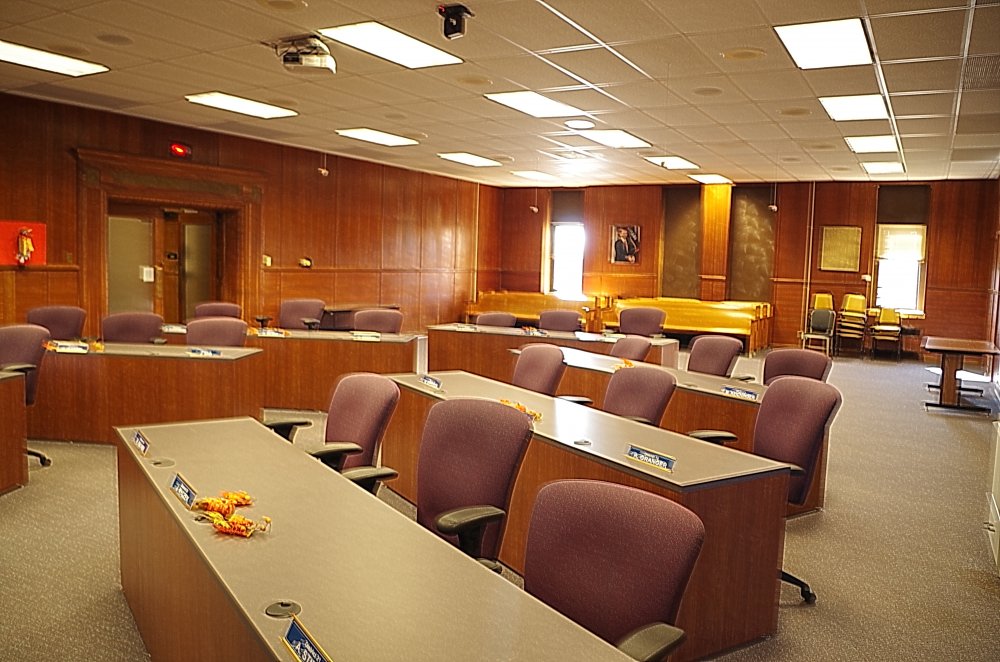 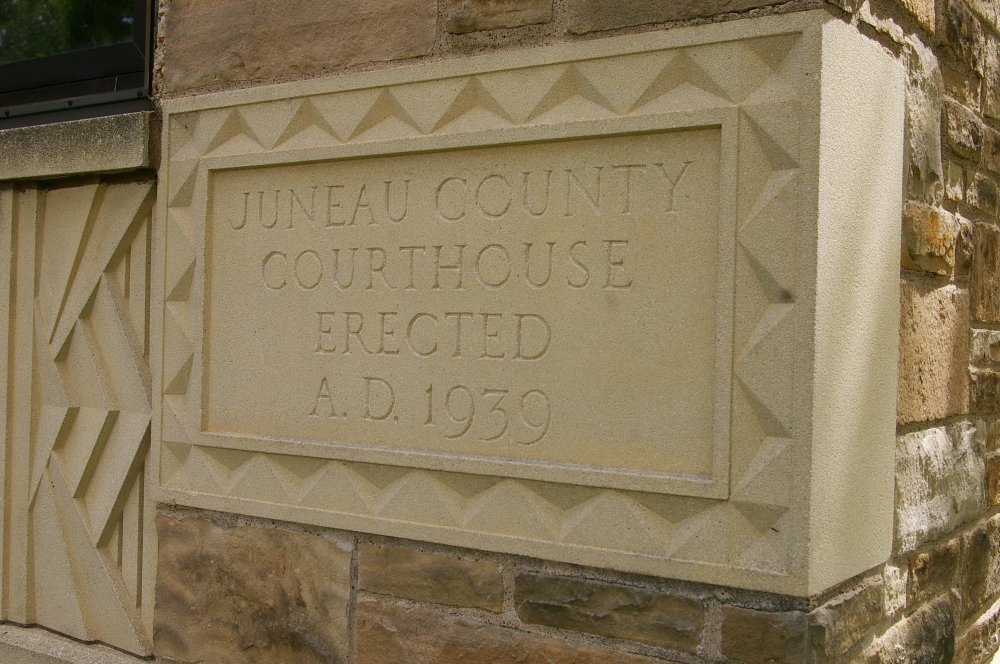 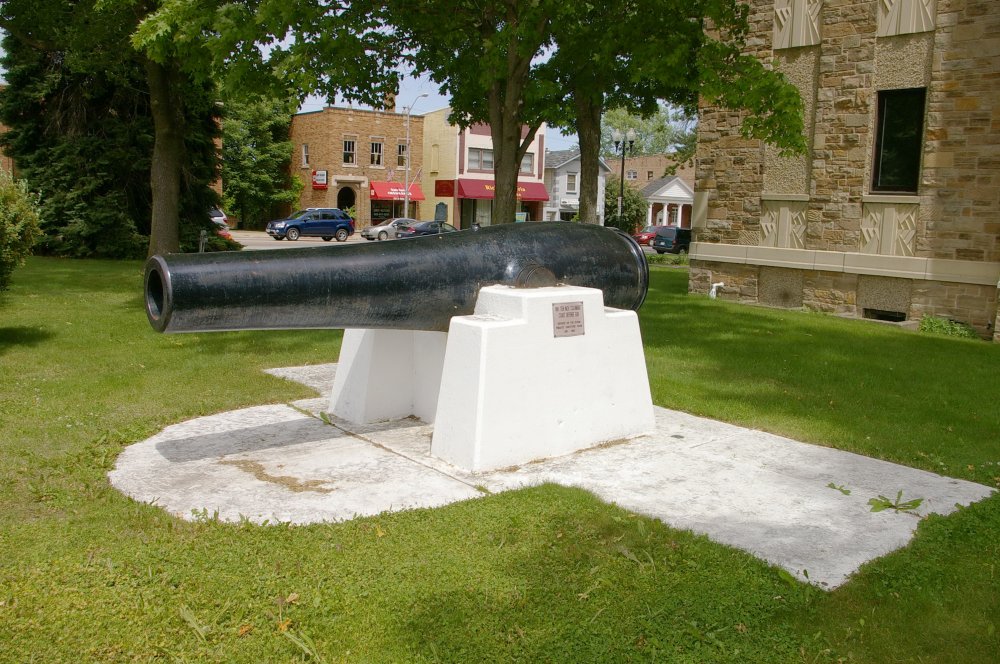