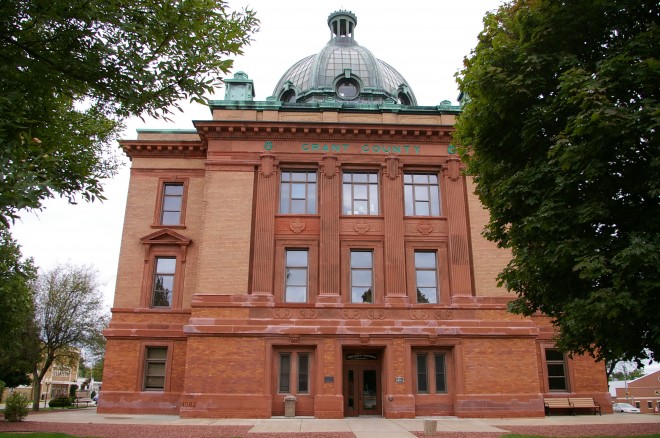 Grant County is named for a white Indian trader named Grant and the name was given to the area during the British control.

Contractor:  The Northern Building Company of Minneapolis , Minnesota and Robert Brooker of Lancaster.

Description:  The building faces north and is a three story brownstone and concrete structure. The building is located on landscaped grounds in the center of Lancaster. The building is cross shaped. Three types of brick are found in the exterior walls: red colored clay bricks at the basement, glazed brown colored bricks at the first story, and light-brown colored bricks on the upper stories. The east front protrudes to create the main entrance, with the south wing and north wing behind. Inside are murals painted by Franz Edward Rohrbeck. On the center of the roof is an octagonal glass and copper dome topped by a small open cupola. Ornamental iron railings surround the well at the second and third floors, and an open stairway descends from the second floor to the first on center in the middle of the well. On the third floor, murals decorate the four spandrels under the dome. The County Circuit Court courtroom is at the south end of the second story and the County Circuit Court courtroom, is on the third story. The building houses the County Circuit Court of the 7th Judicial Circuit. 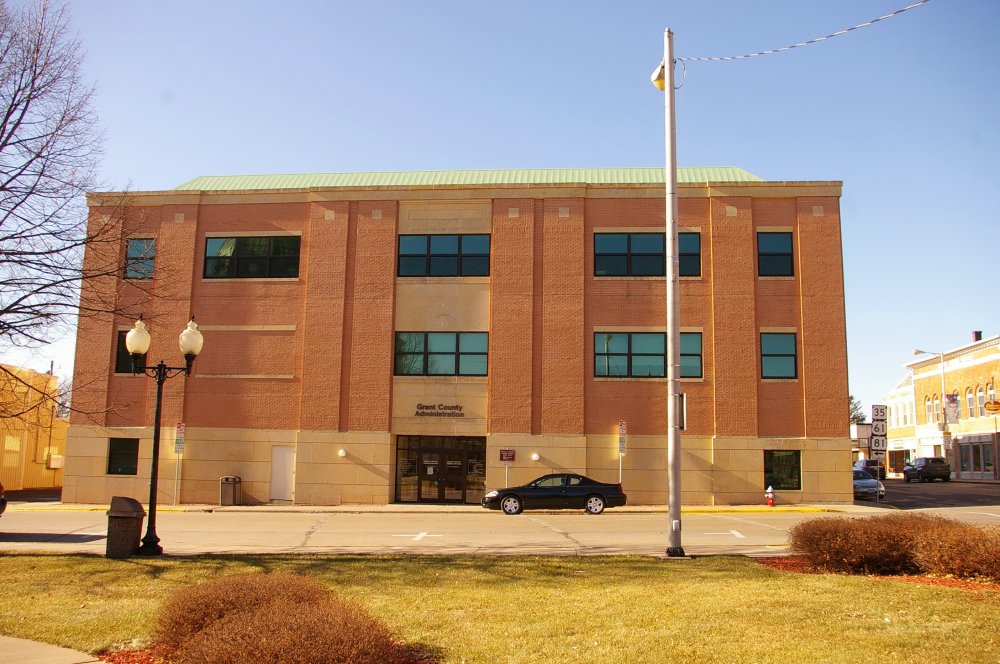 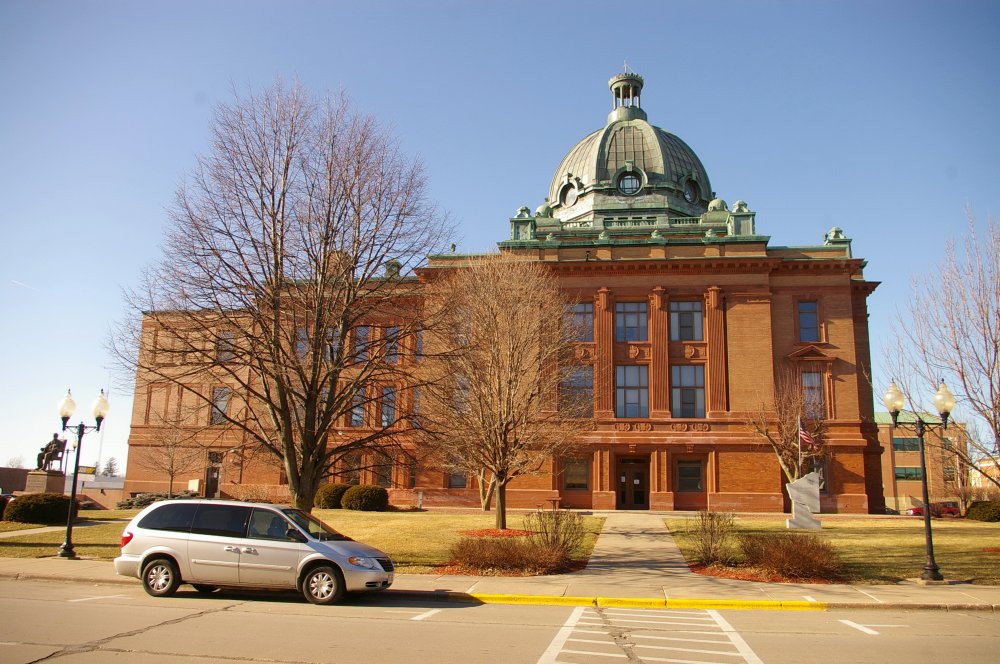 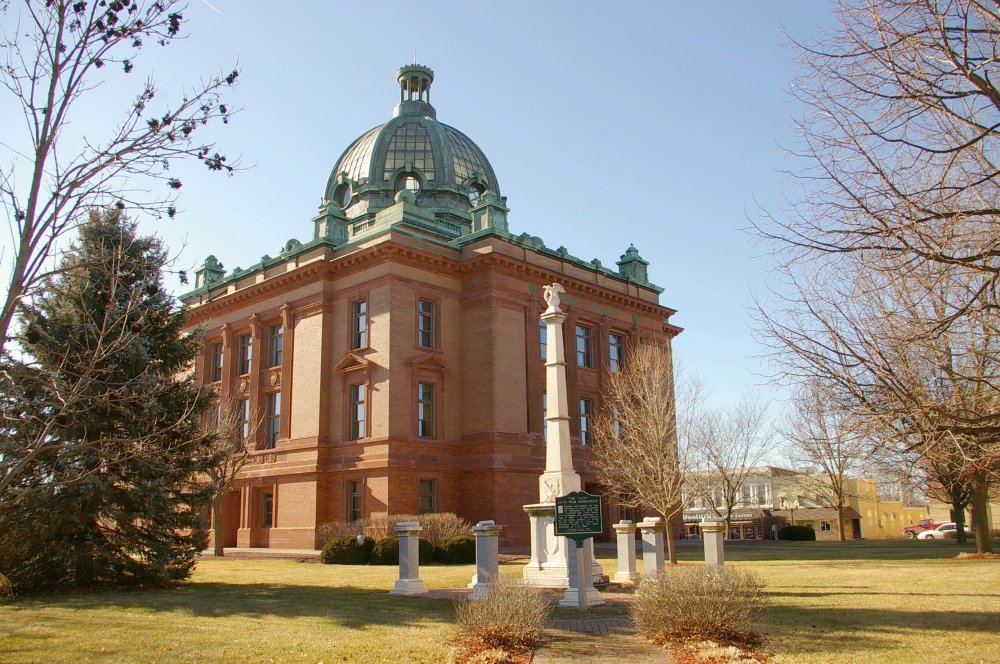 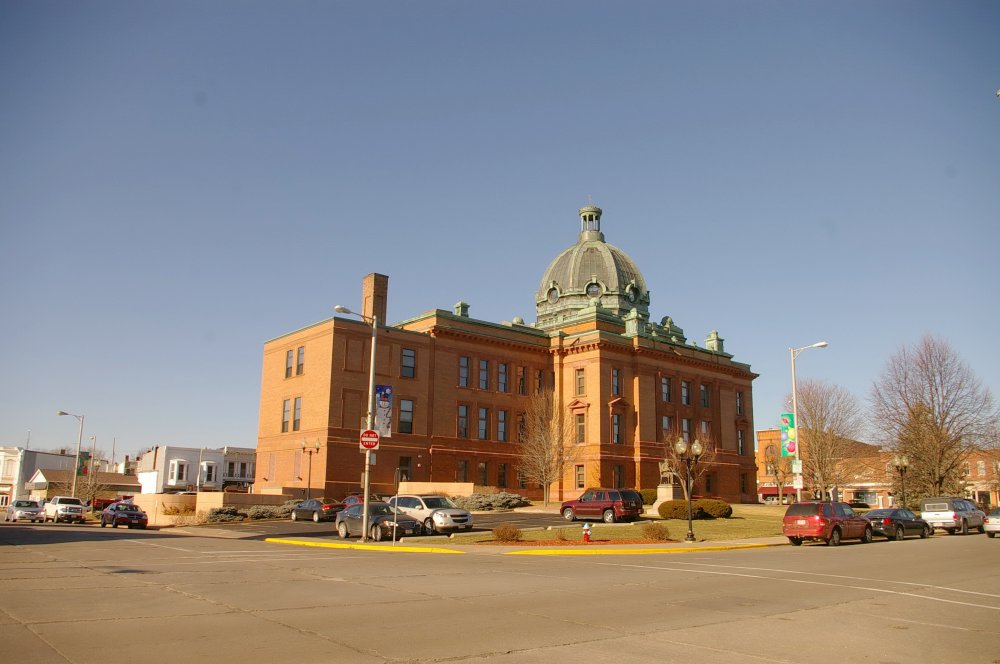 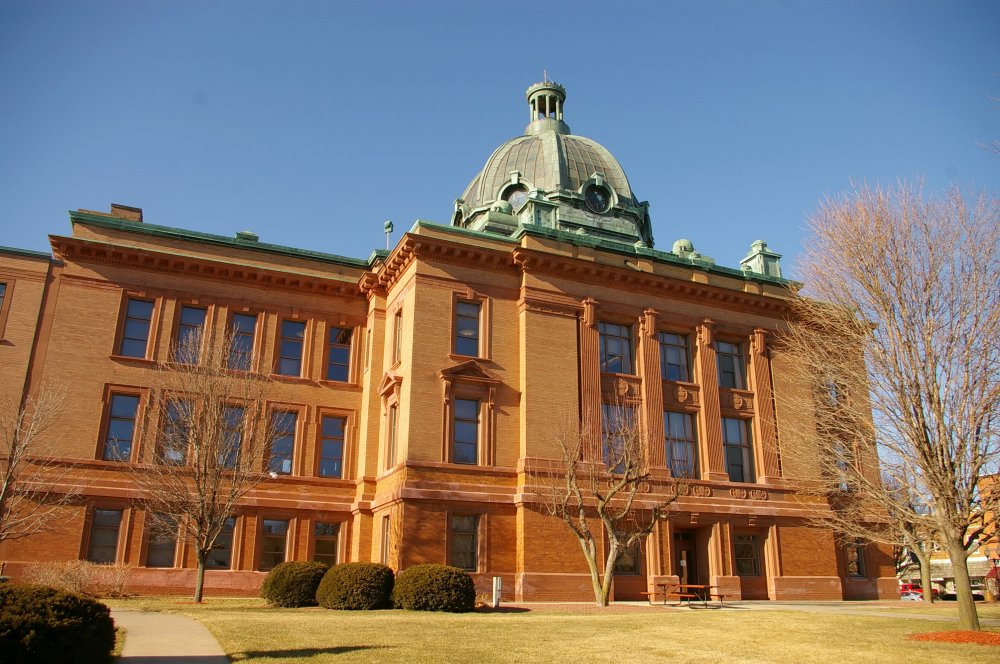 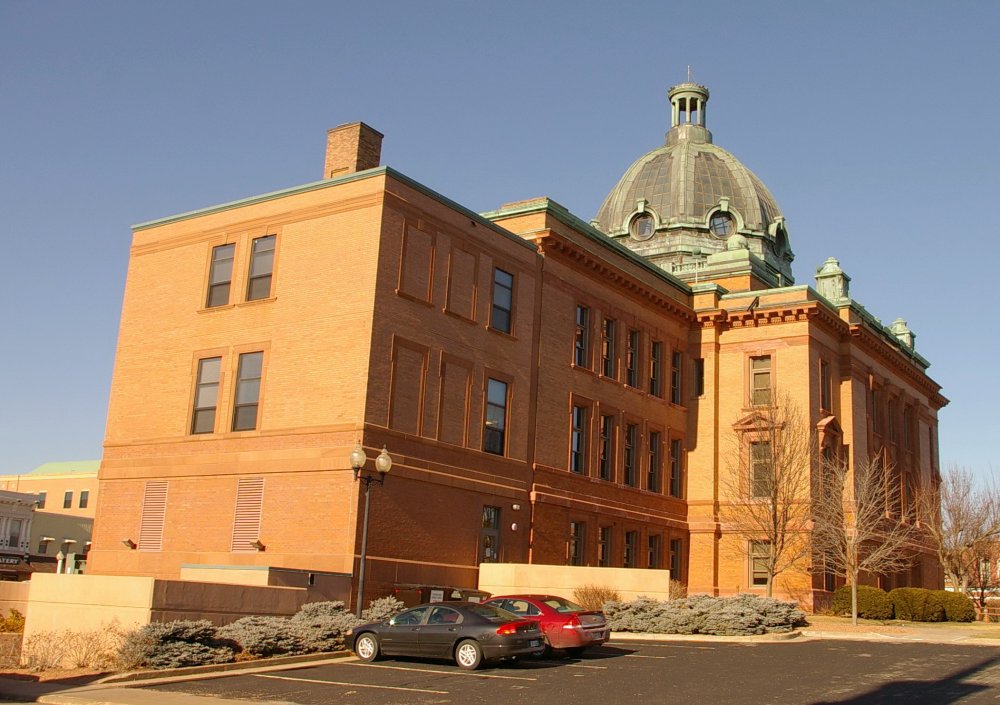 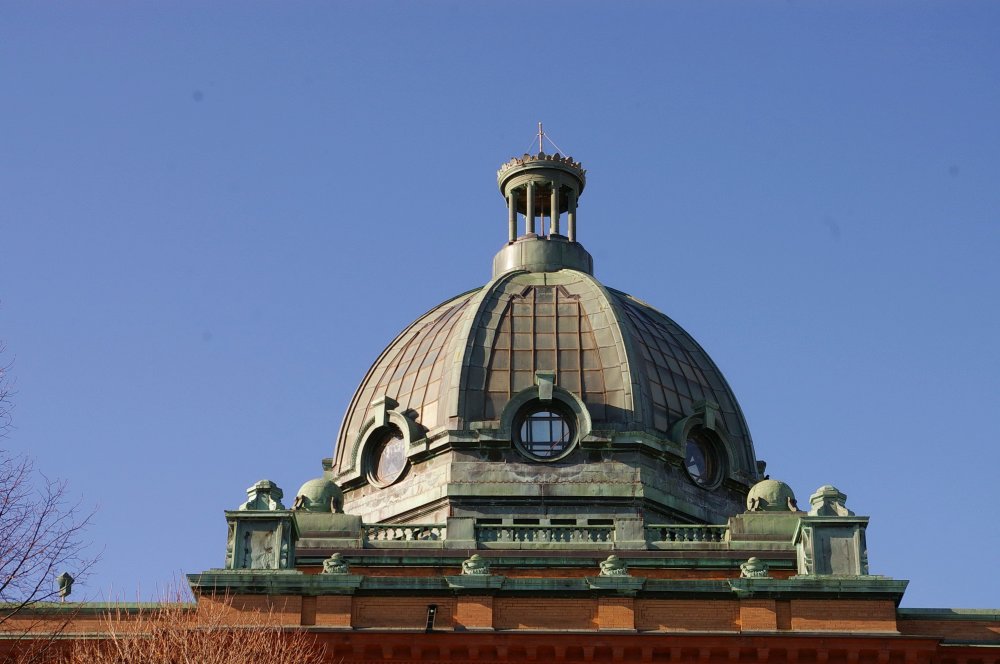 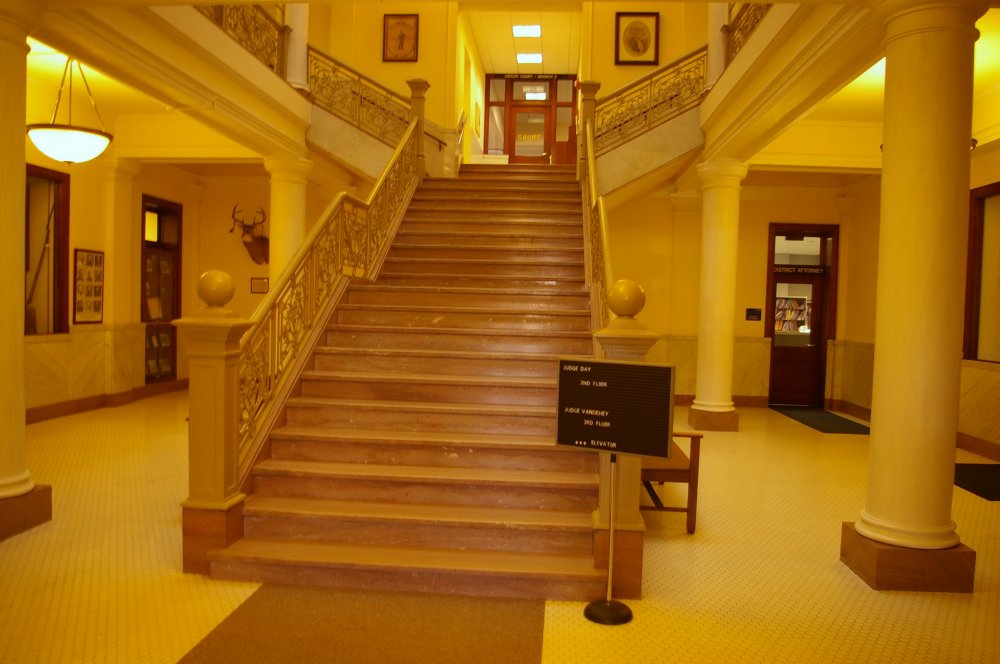 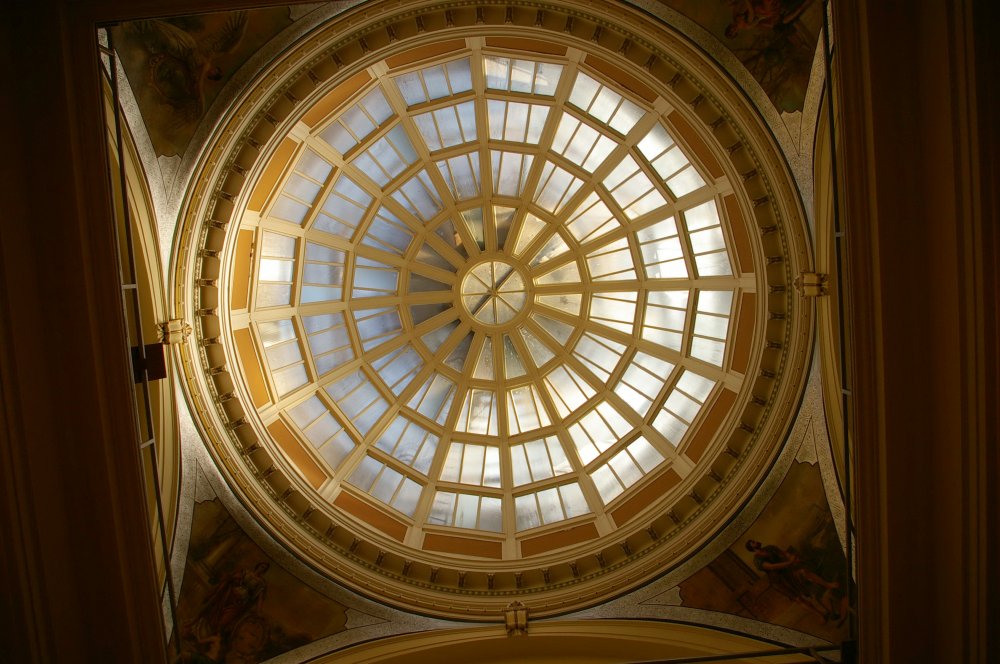 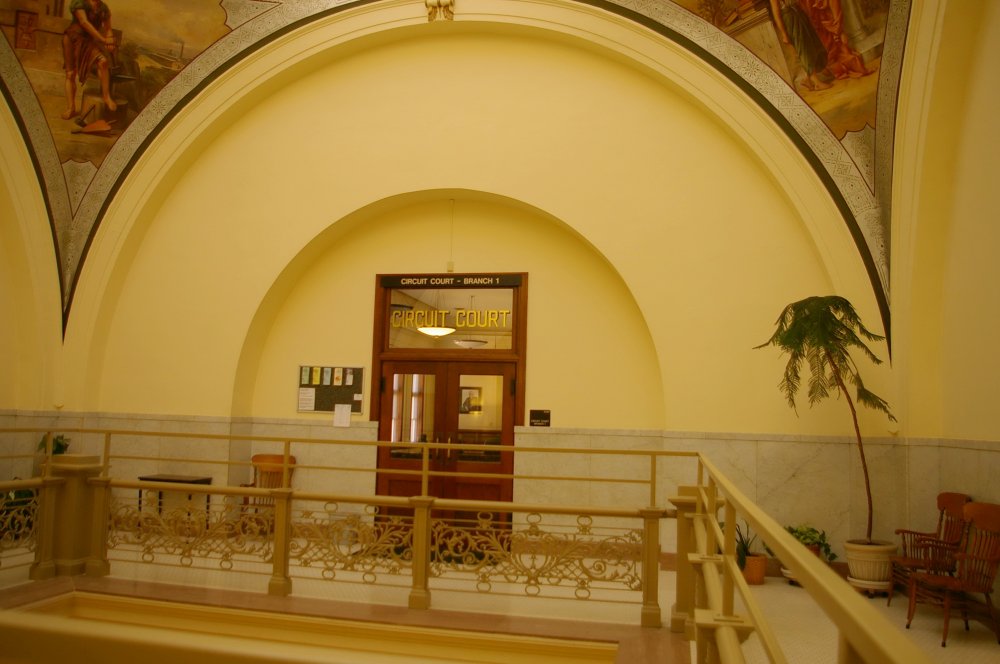 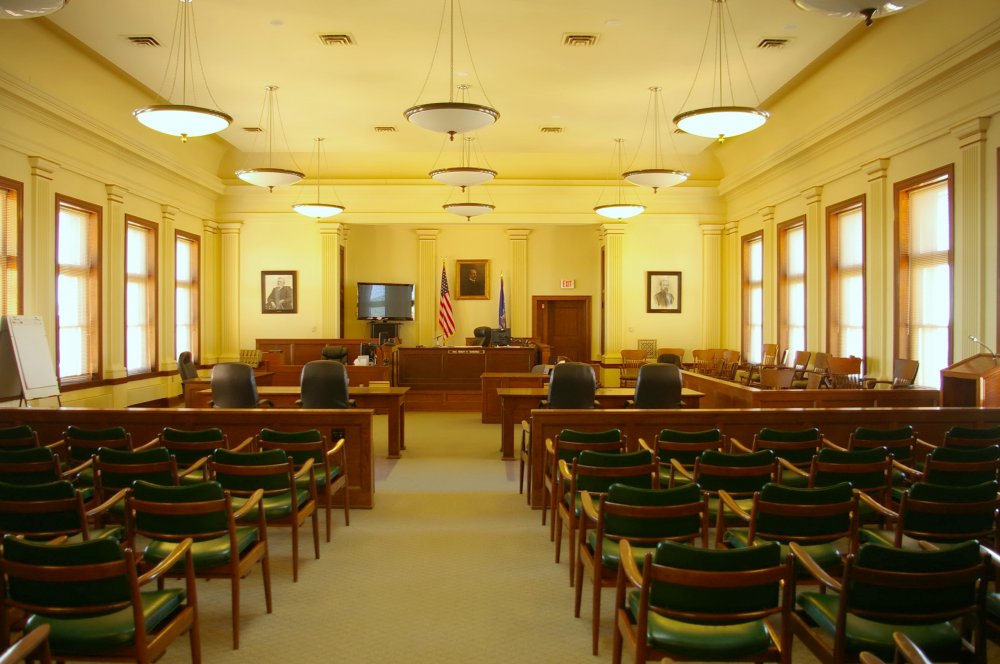 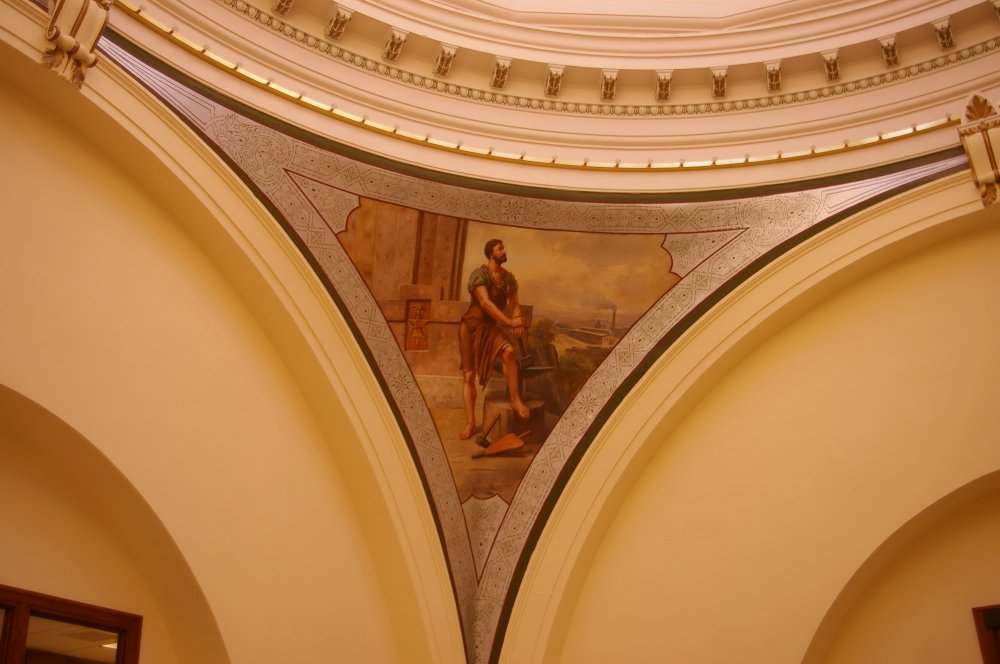 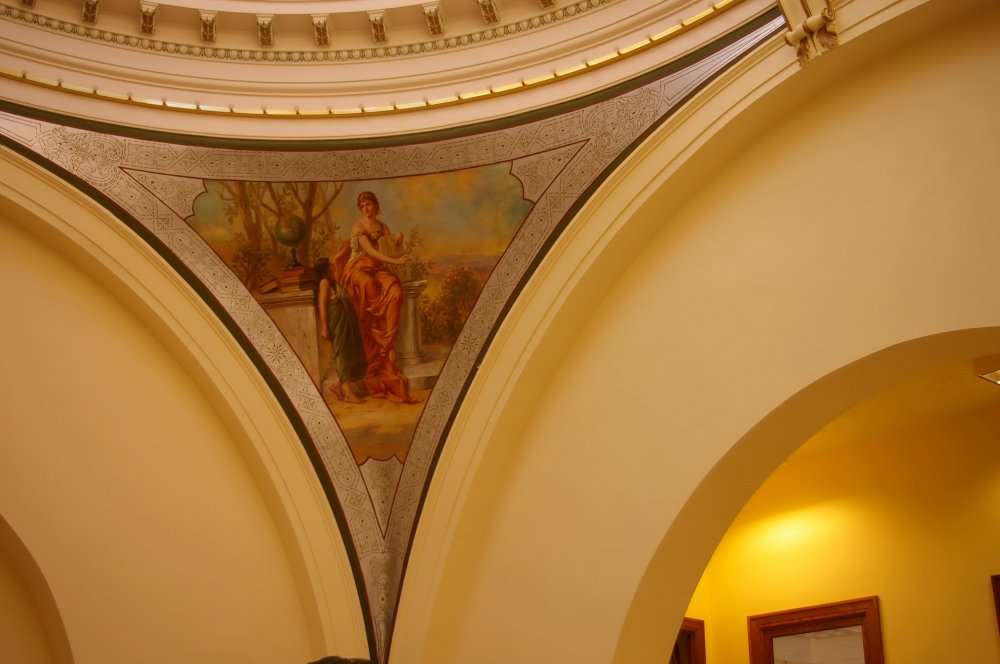 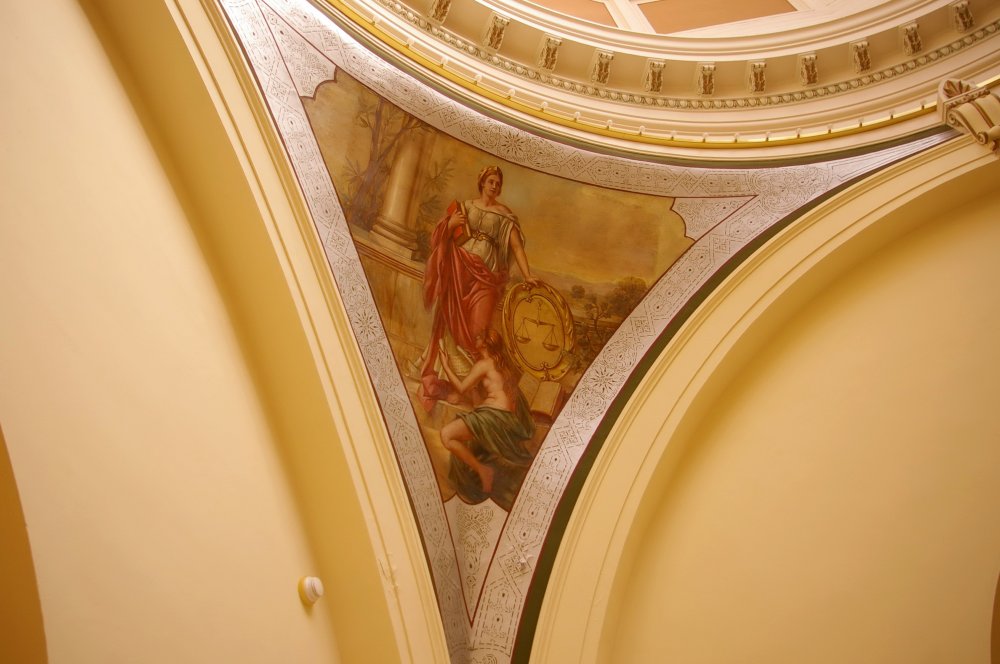 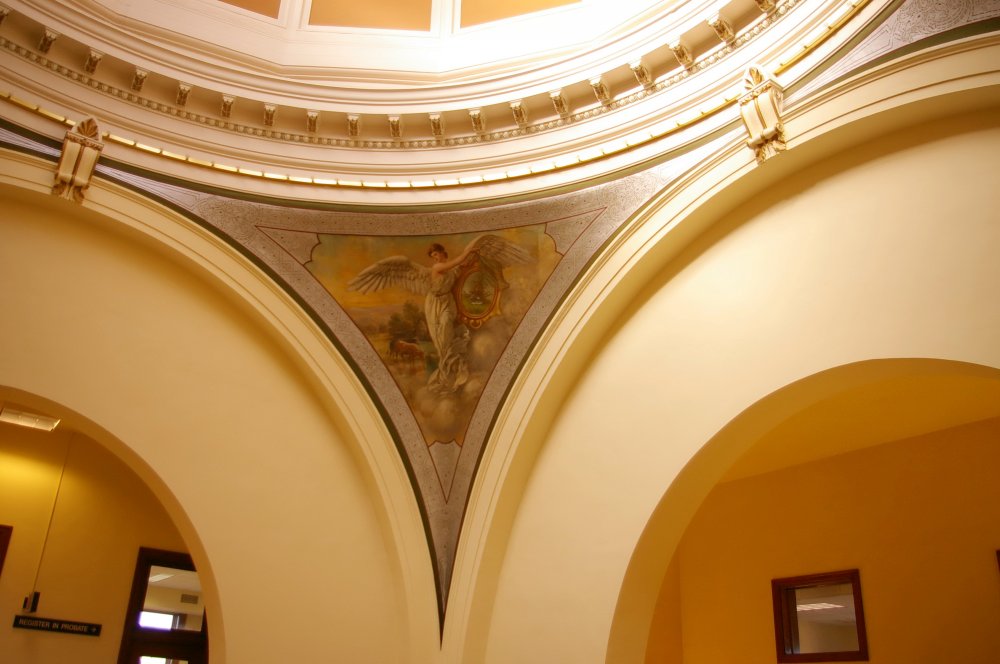 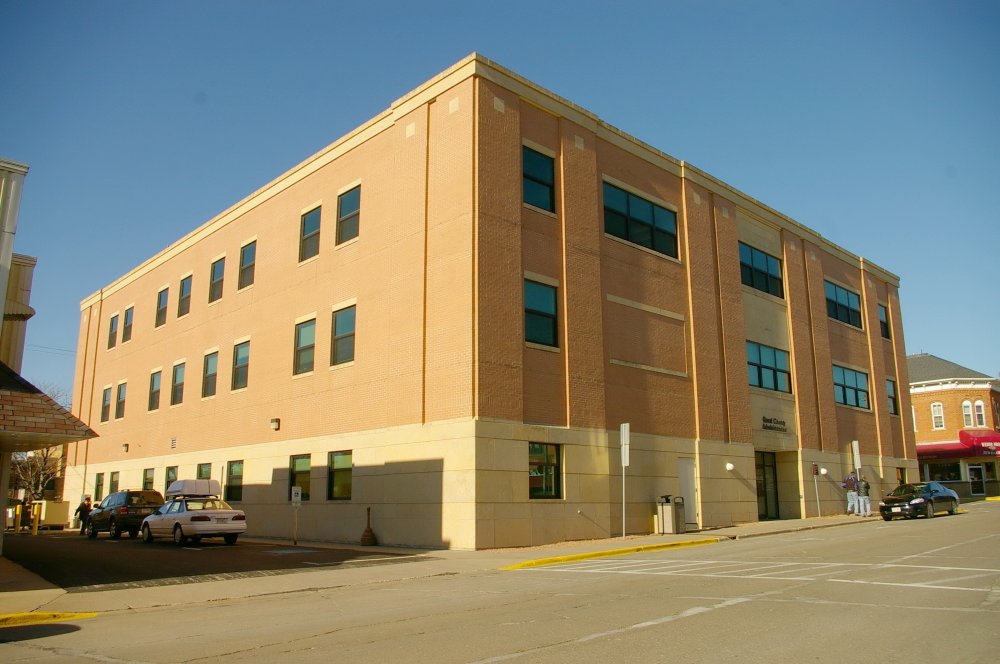 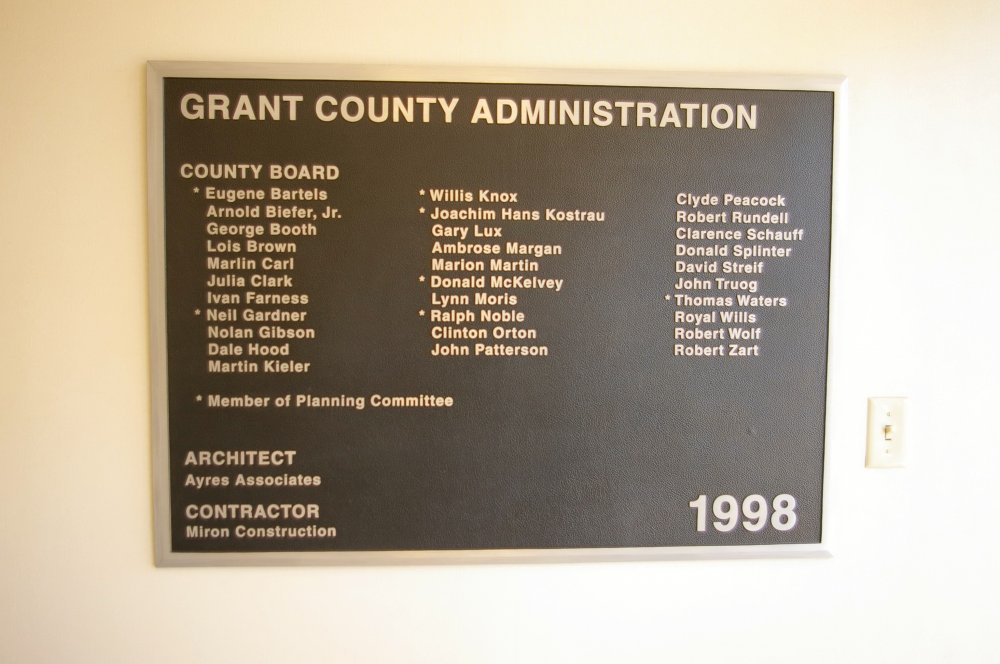