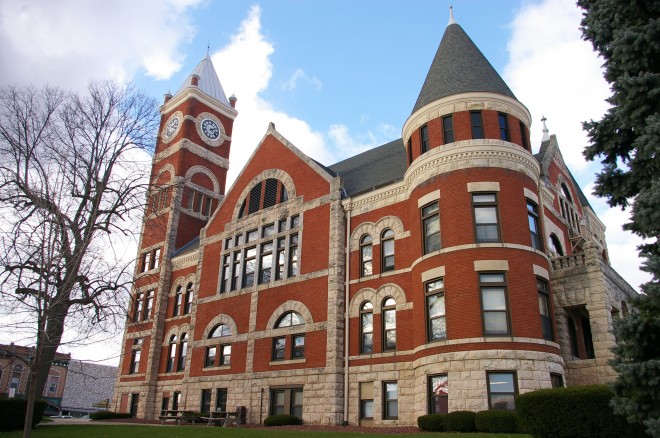 Green County is named for Nathaniel Greene, who was a general in the American Revolutionary War.

Description:  The building faces west and is a two story red colored brick from maiden rock and stone structure. The buildimng is located on the landscaped grounds of Courthouse Square in the center of Monroe. There is a stone portico on the south front. The building has a course stone foundation, a square clock tower on the southwest corner and round towers. Stone trim decorated the corners and windows. The building has a hipped roof. The interior has a black-and-white tile checkered floor, oak wainscot, and plaster walls and ceiling, all of which appear to be original. Light fixtures are shades of wrought iron with stained glass covering suspended exposed incandescent light bulbs. The courtroom is large and open, spanning the second story from north to south. Two 8-foot-by-ll-foot murals are on the east and west walls in the north end of the room, the latter serving as a backdrop to the judge’s bench. A stepped spectators gallery occupies the south third of the room and the court area, behind a low railing, uses the north third. Surrounding the entire room is a low, oak wainscot beneath a raised plaster meander interlaced with a raised plaster floral design with gold leaf accents. The building houses the County Circuit Court of the 5th Judicial Circuit.

History:  The county was created in 1836 and Monroe was selected as the county seat. The first courthouse was the American House, a hotel built in 1841 built with county assistance. The second courthouse was a two story Greek Revival structure built bin 1844. The third and present courthouse was constructed in 1891 to 1892. 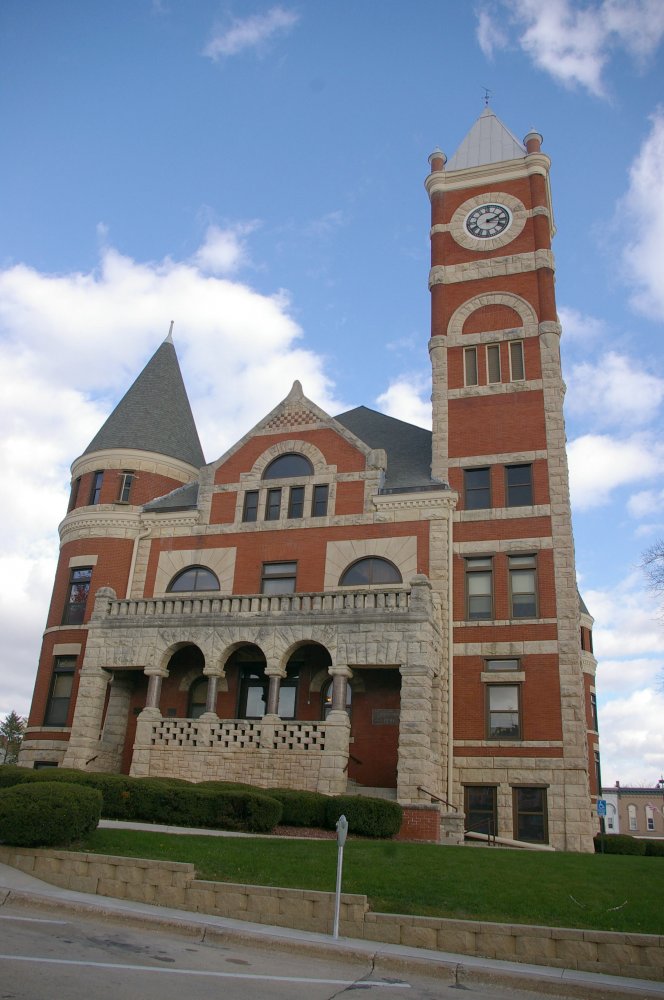 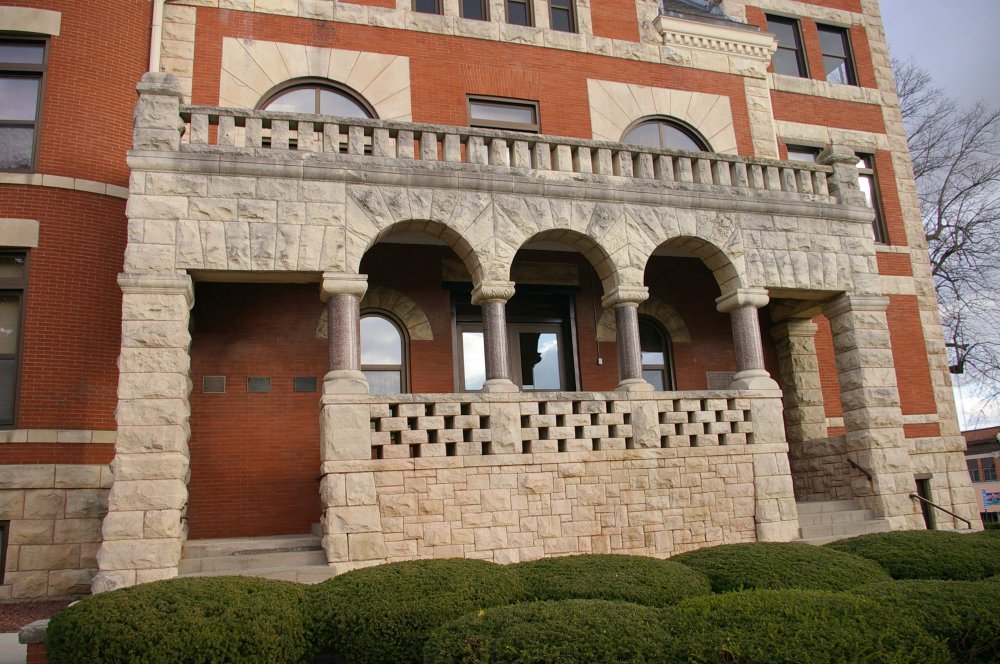 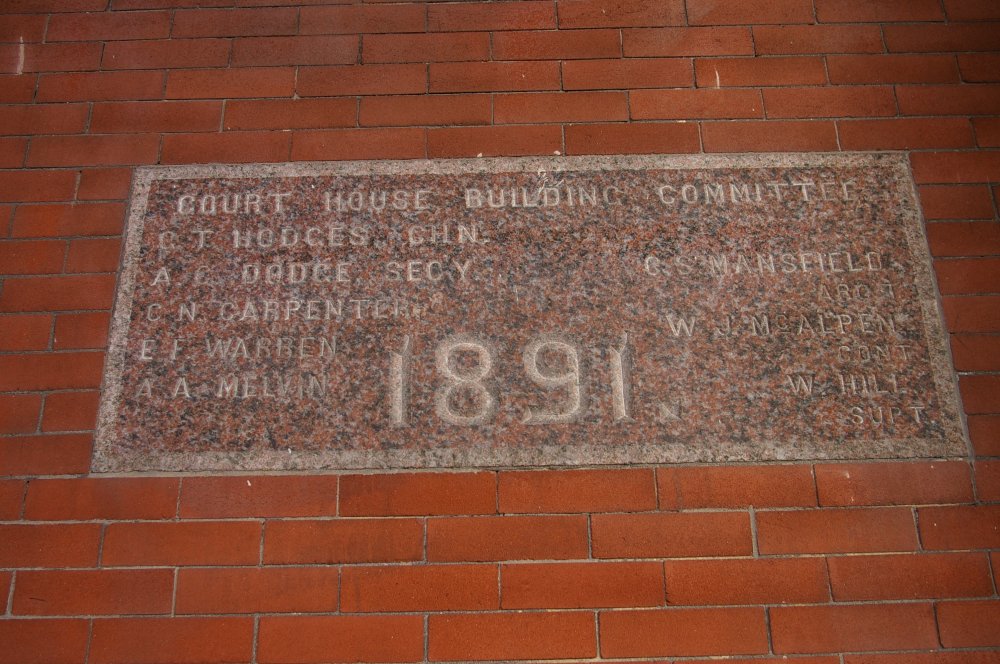