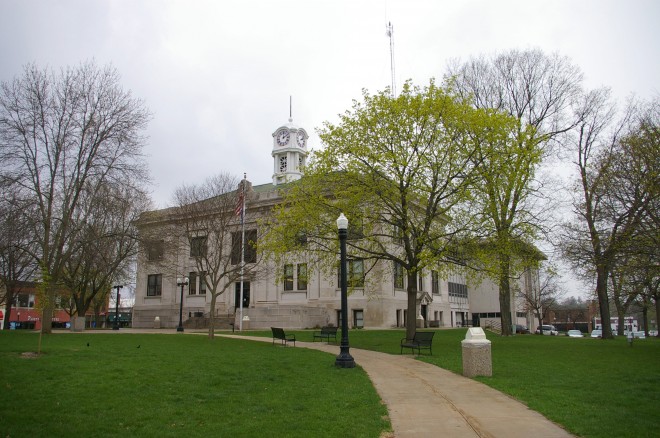 Sauk County is named for the Sauk Native American Nation.

Description:  The building faces east and is a two story gray colored stone structure. The building is located on the landscaped grounds of the Courthouse Square in the center of Baraboo. There is a small pediment over the first story entrance on the east side with a large window above on the second story. The roof line is flat. On the center of the roof is a tall white colored cupola with clock. In the interior, the center stairwell and corridors dividing rooms from east to west remain in original form. Paneled barrel vaults and plaster walls above the marble wainscoting have been repainted periodically; egg-and-dart molding and console-like capitals under the ceiling ribs and between panels have been regilded. Of special interest and significance in the interior is the former courtroom (now County Board Room) on the west side of the second story. The building was renovated in 1994 to 1997. The architect was Vierbicher Associates, Inc. and the contractor was.Meron Construction Contractors. 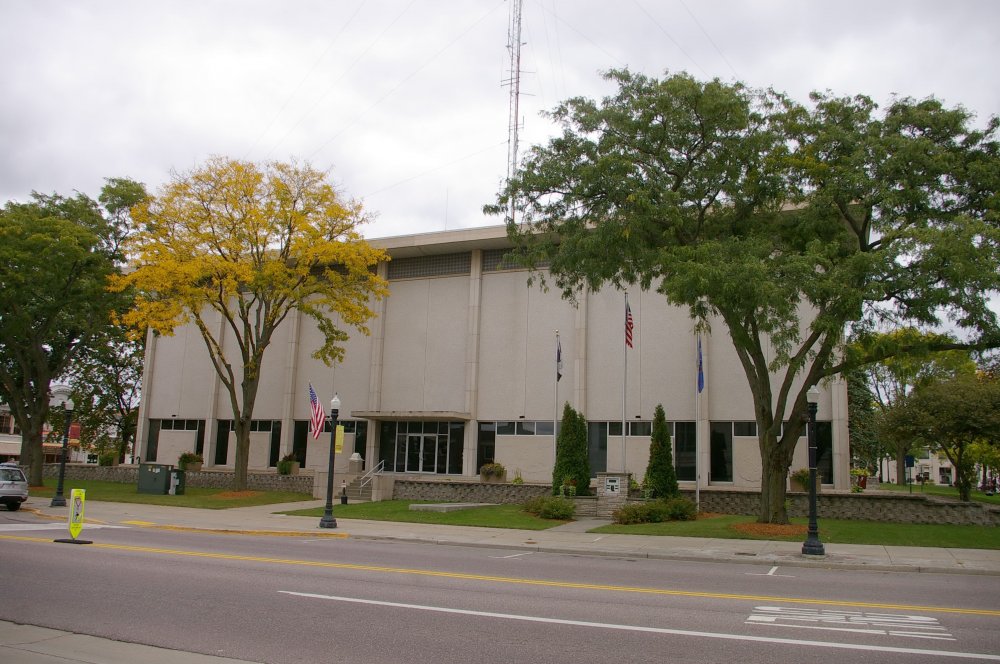 Description:  The building faces west and is a three story concrete structure. The courtrooms are contained in the building. The building is connected on the east side to the courthouse in the center of Baraboo. The roof line is flat. The building houses the County Circuit Court of the 5th Judicial Circuit. 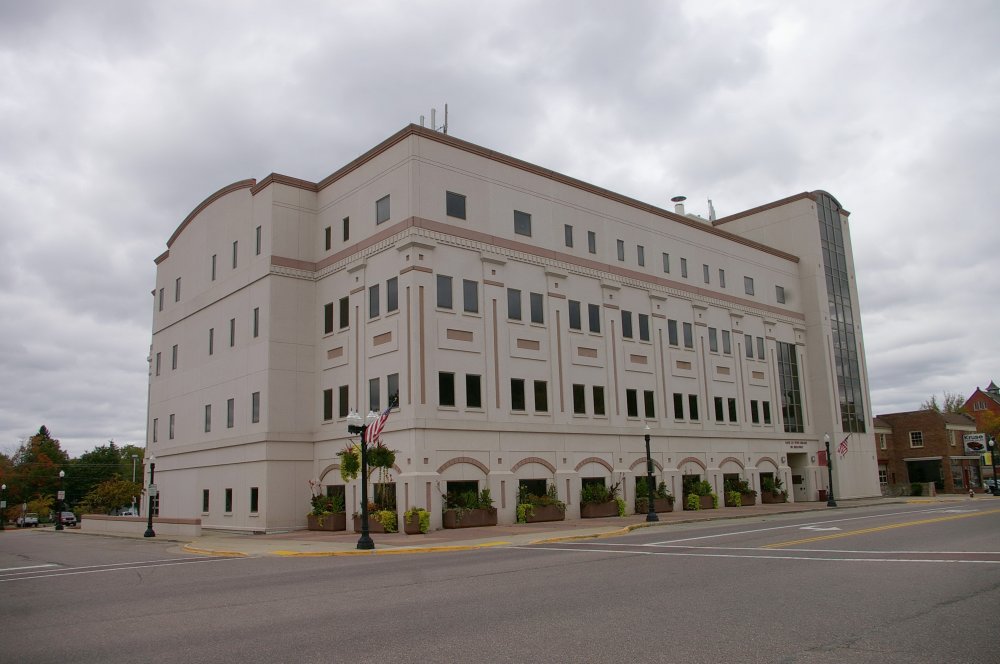 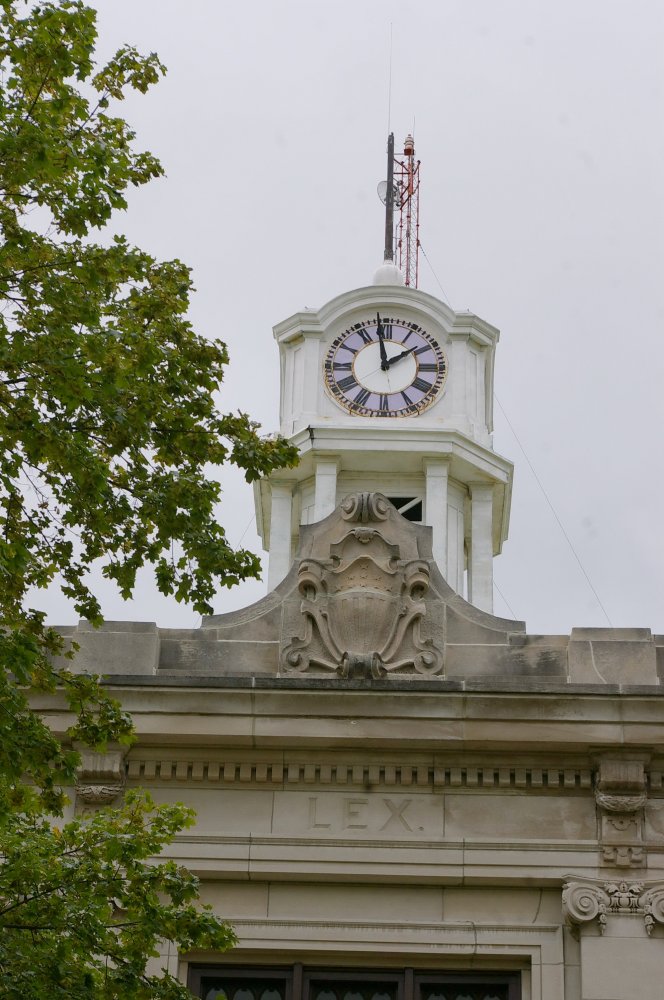 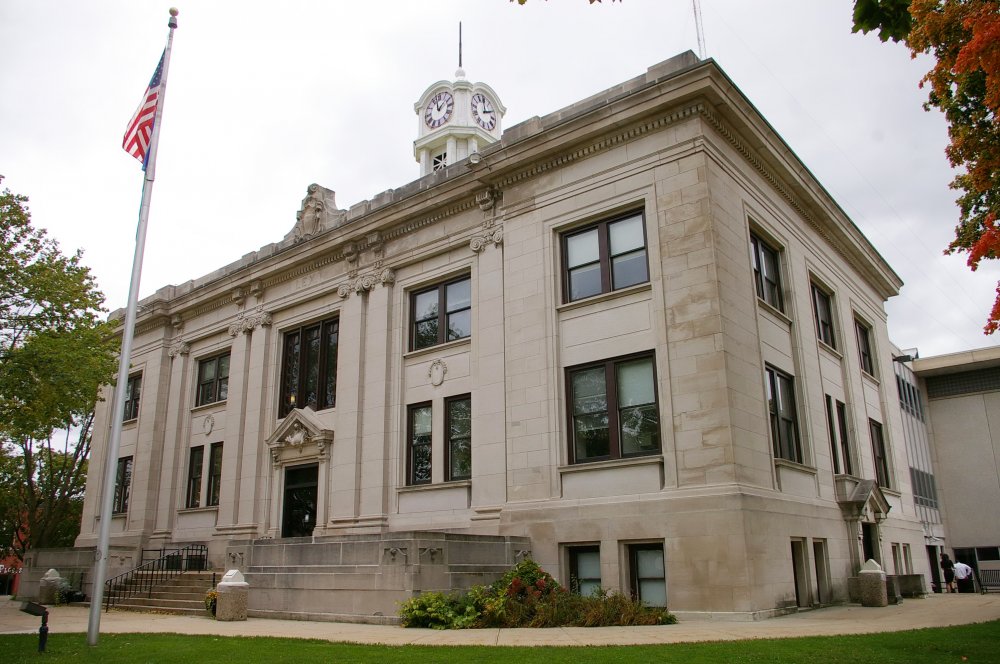 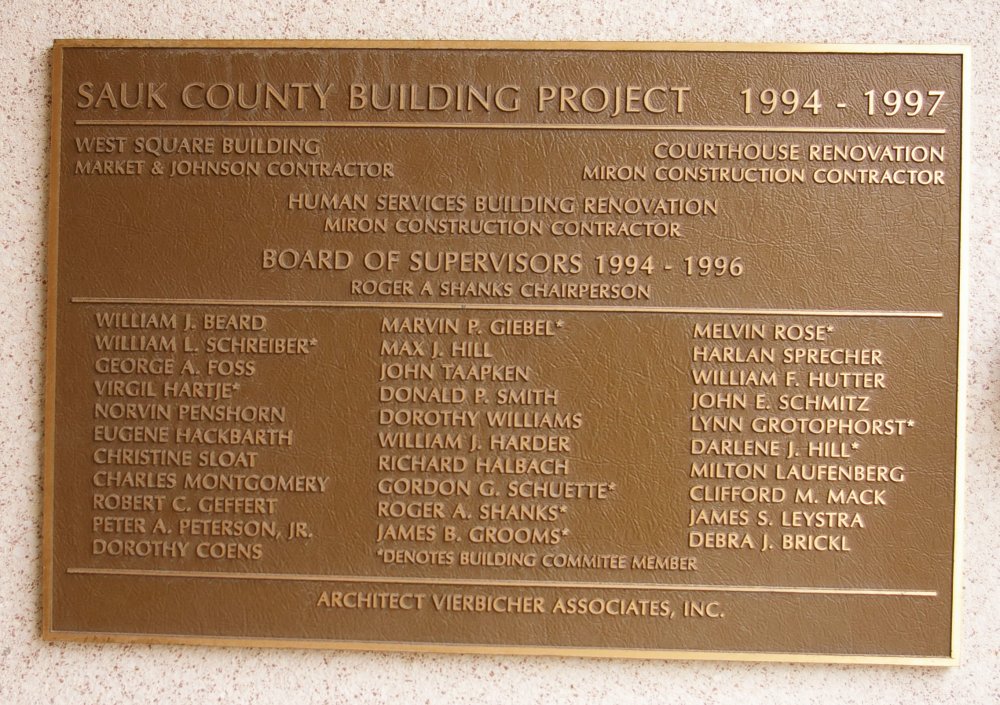 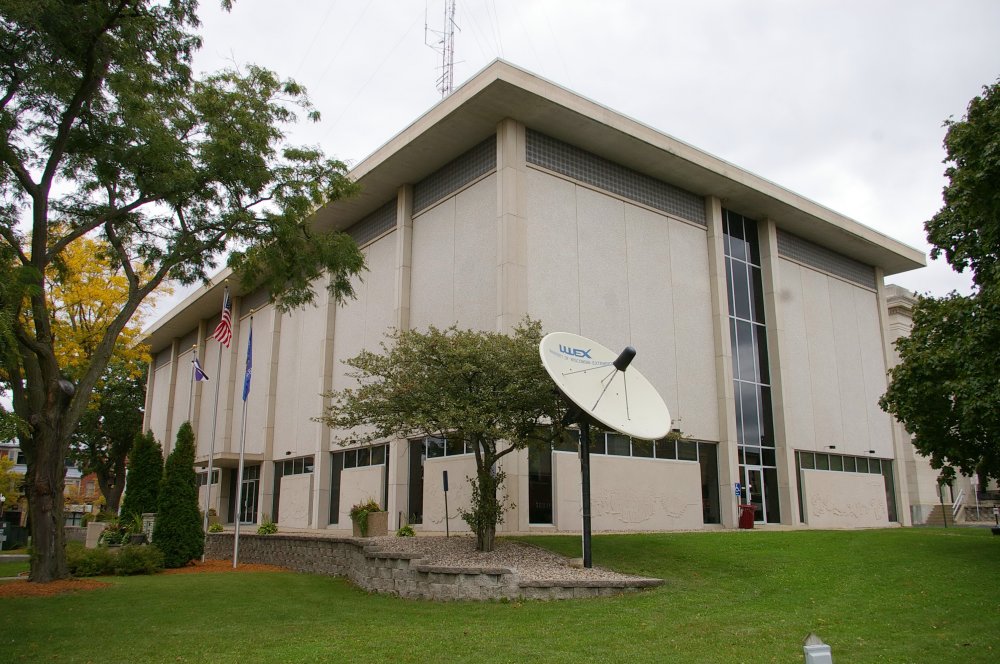 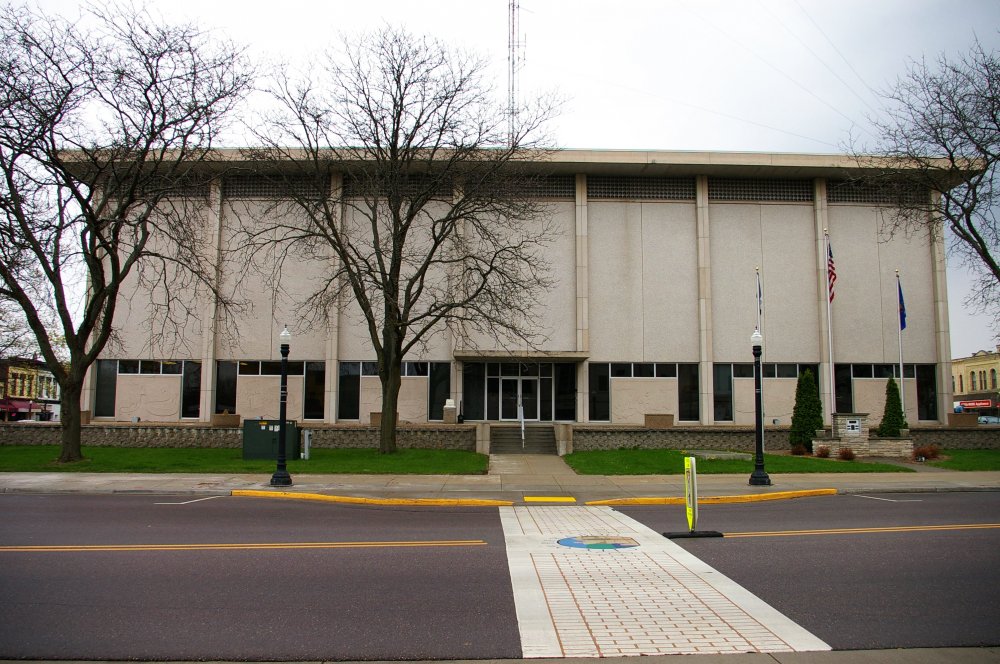 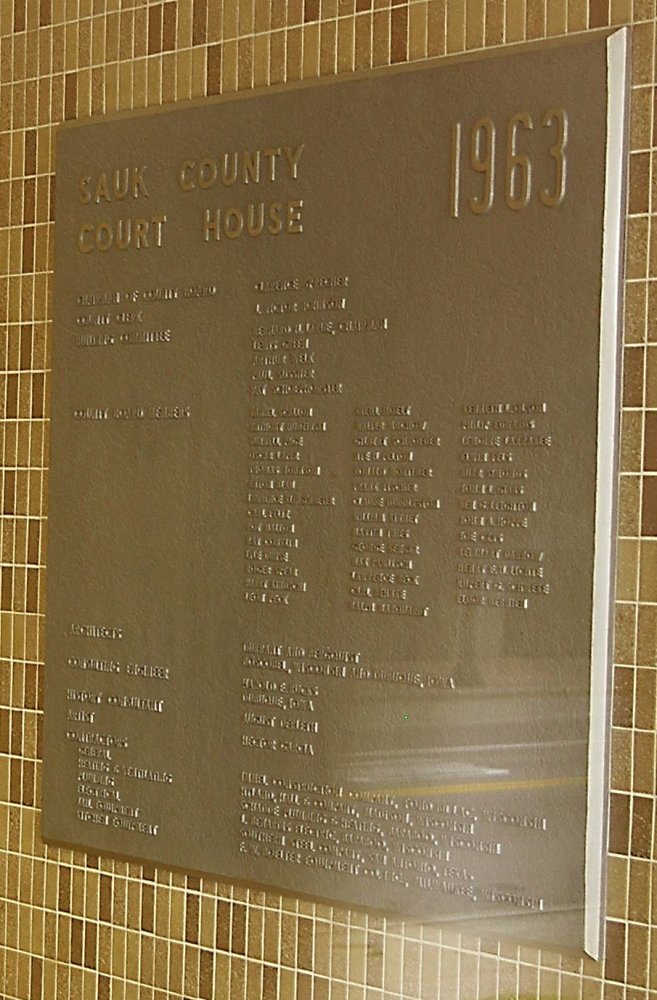 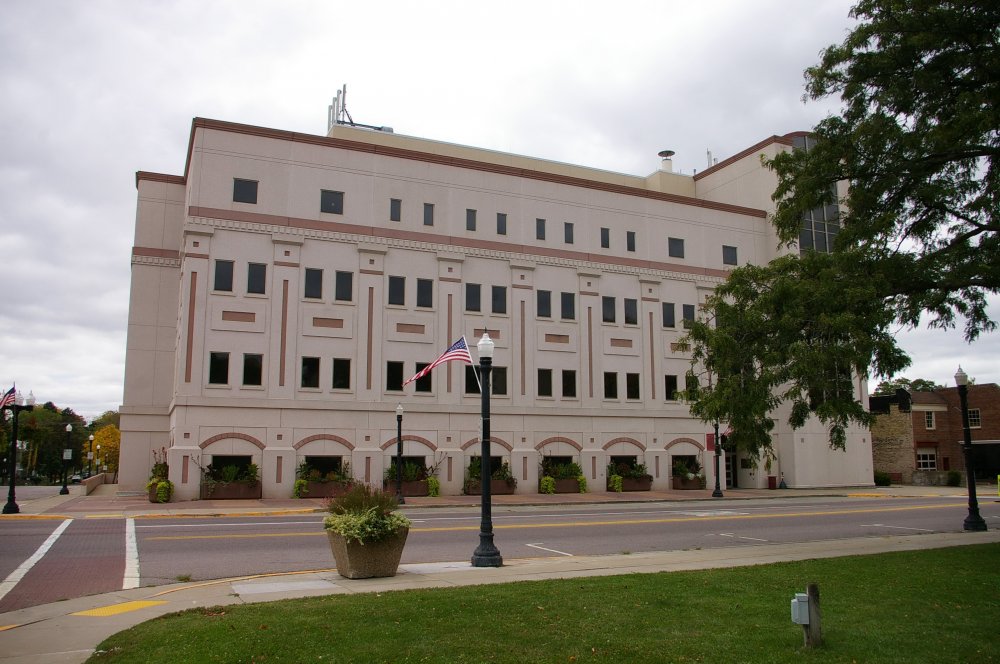 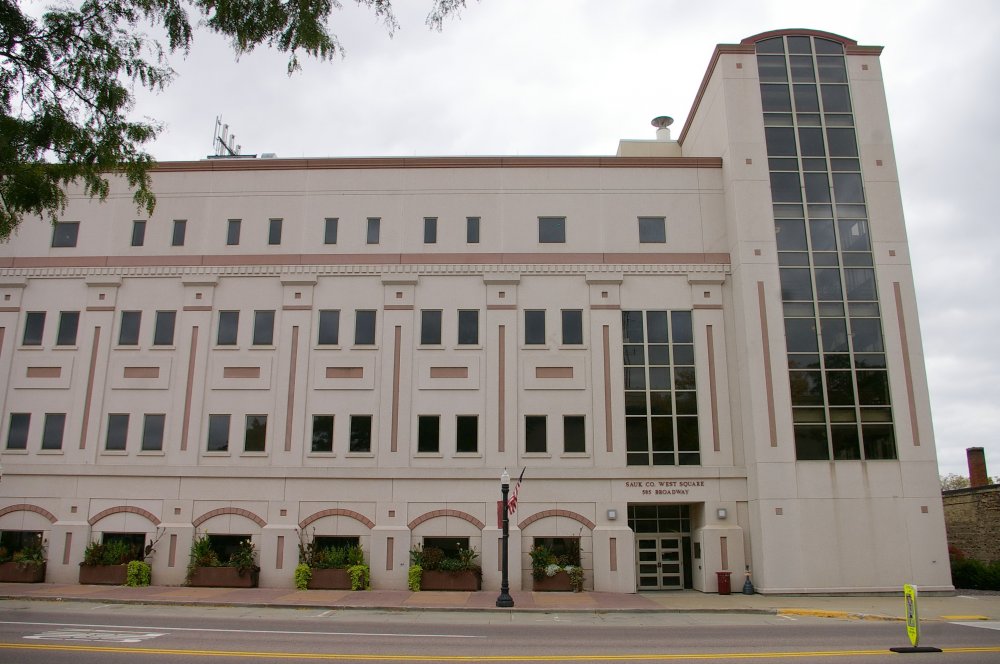