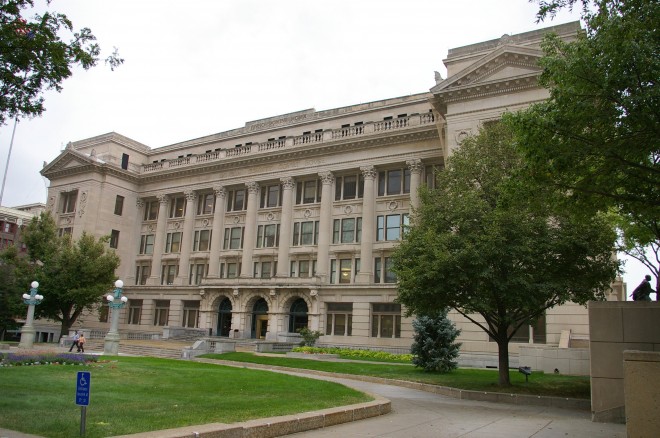 Douglas County is named for Stephen Arnold Douglas, who was an American statesman, United States Senator and presidential candidate.

Description:  The building faces north and is a six story Bedford steel, stone and concrete structure. The building is located on landscaped grounds in the center of Omaha. The building is set back from Farnam Street and on the south side there are six stories and on the north side there are five stories exposed. Framing members are steel and the walls are Bedford oolitic limestone above a granite base. The first and second stories are smoothly rusticated and engaged Corinthian columns encompass the third to fifth stories of the recessed wall support a full entablature whose architrave is inscribed with the building’s name. Between the fourth and fifth stories are panels enriched with full wreaths and with Greek fret, egg-and-dart, and talon moldings. The north front has a protruding east and west sections forming a “U” shape. The second story entrance has three large stone arches. The sixth floor is recessed with a long balustrade across the top of the fifth story. On the center of the roof is an octagonal shaped dome. In the interior, the rotunda has polychromatic terrazzo flooring which incorporates civic motifs; balconies, wainscoting, and piers which are sheathed with marble. Covering the rotunda is a double skylight. The dome is also adorned with eight mural panels that depict the development of the West. These scenes were painted by William Rau of New York City and are executed in oil on canvas. The courtrooms are located on the fifth story. The jail used to be housed on the sixth story. The building houses the District Court and County Juvenile Court of the 4th Judicial District. The building is named as the Hall of Justice. 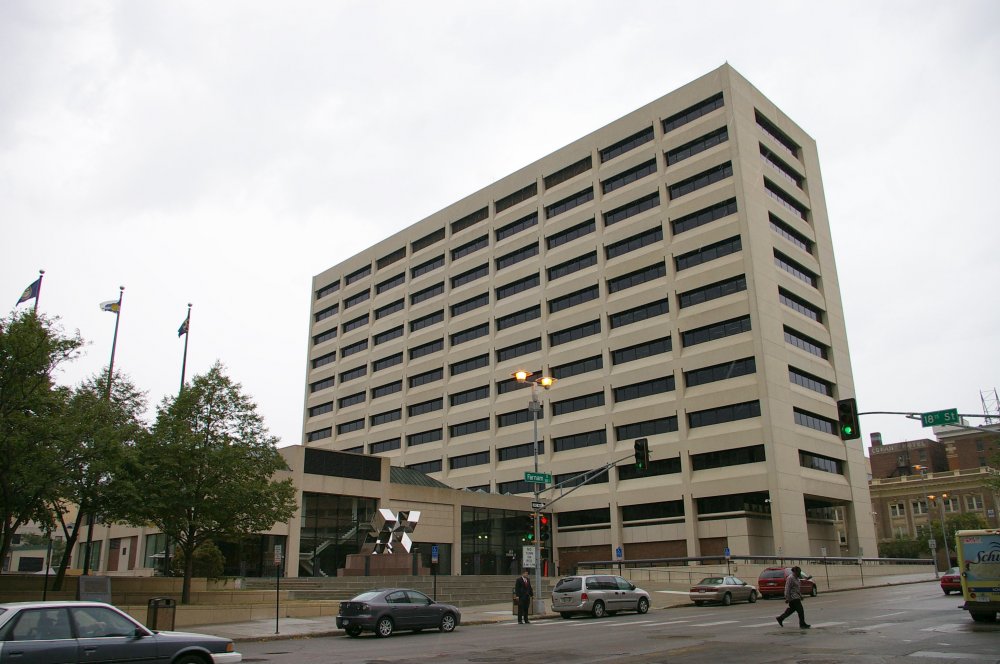 Description:  The building faces east and is a twelve story steel, glass and concrete structure. The building is located on landscaped grounds in the center of Omaha on the west side of the courthouse. The rectangular shaped building has horizontal windows. The roof line is flat. On the east side is a two story wing with glass walls and green colored roof. The building houses the county and City of Omaha administrative offices and the Civil Courts. The Civil Court courtrooms 20 to 24 are located along the main level on the north side of the entrance section. The building houses the County Court of the 4th Judicial District. 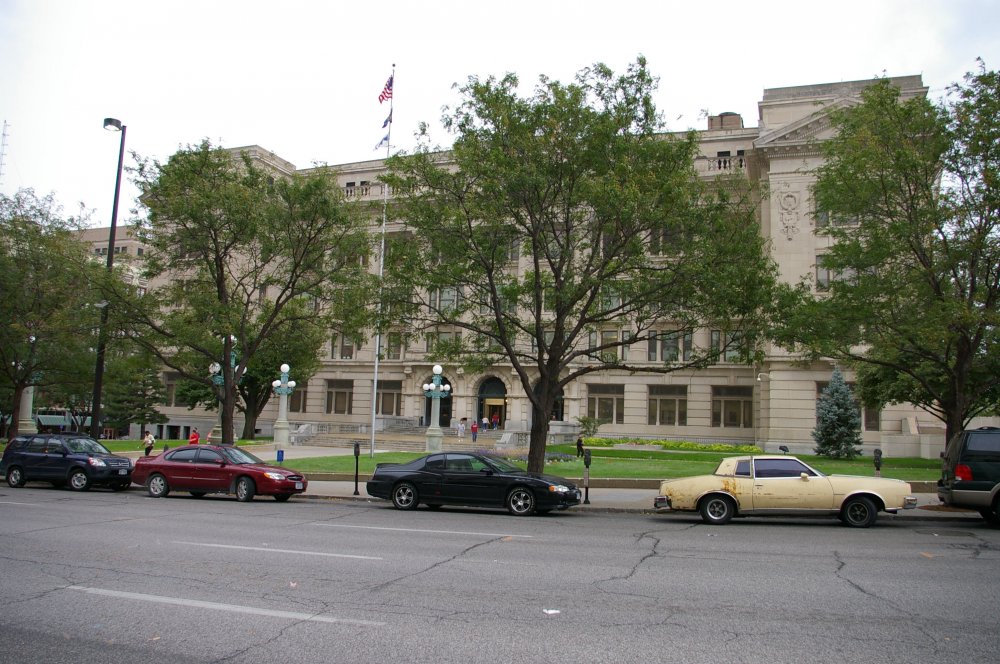 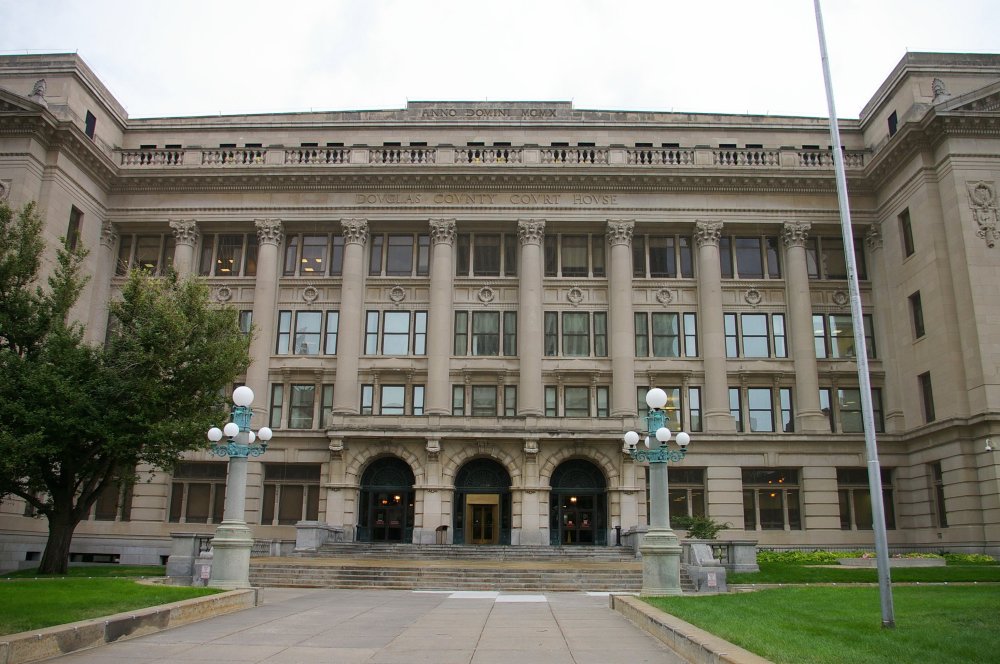 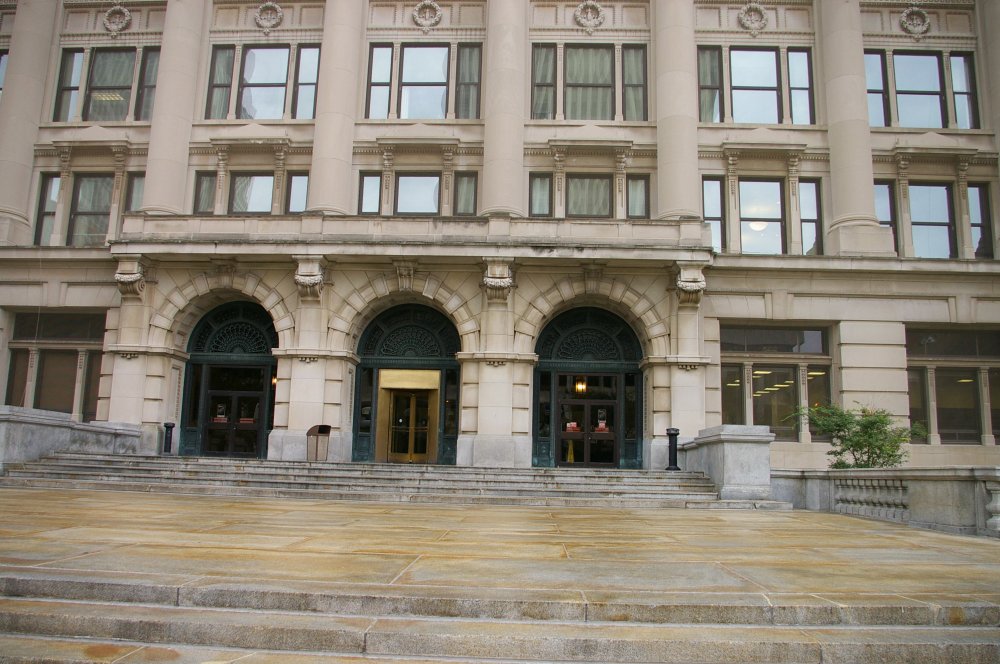 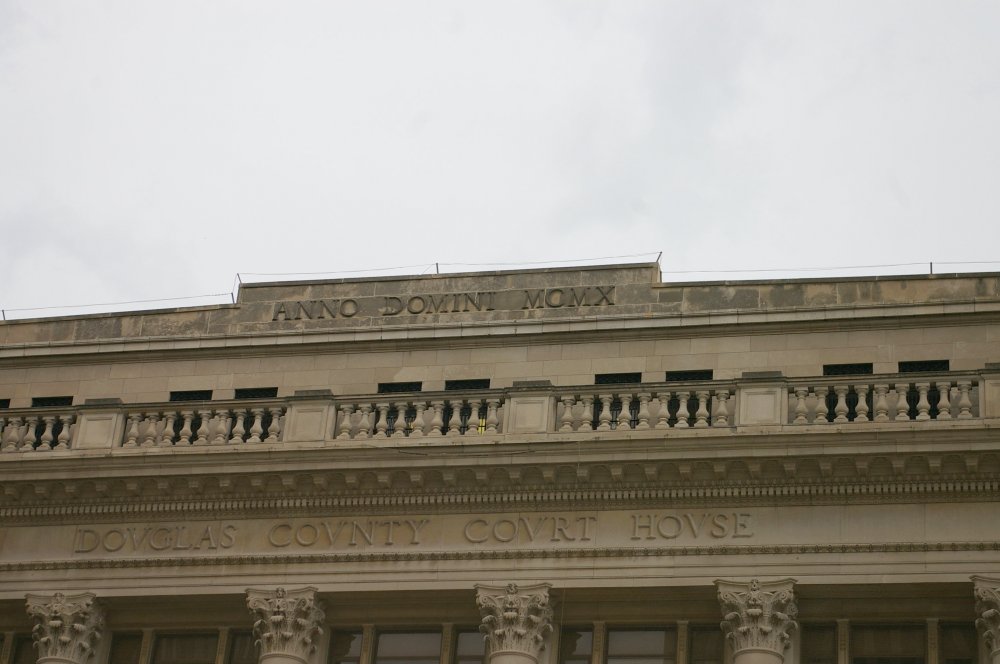 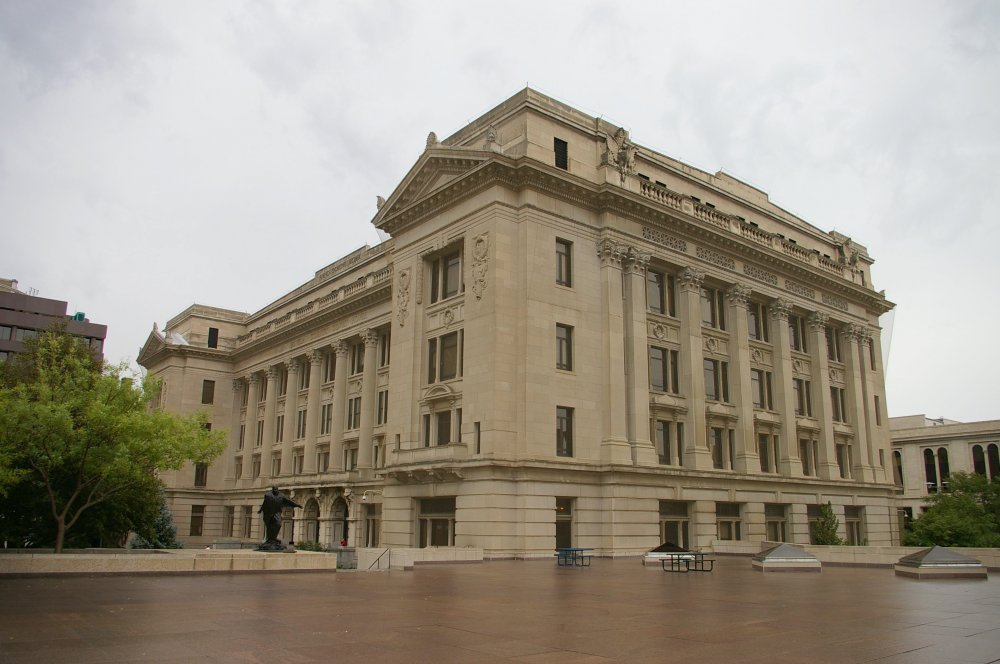 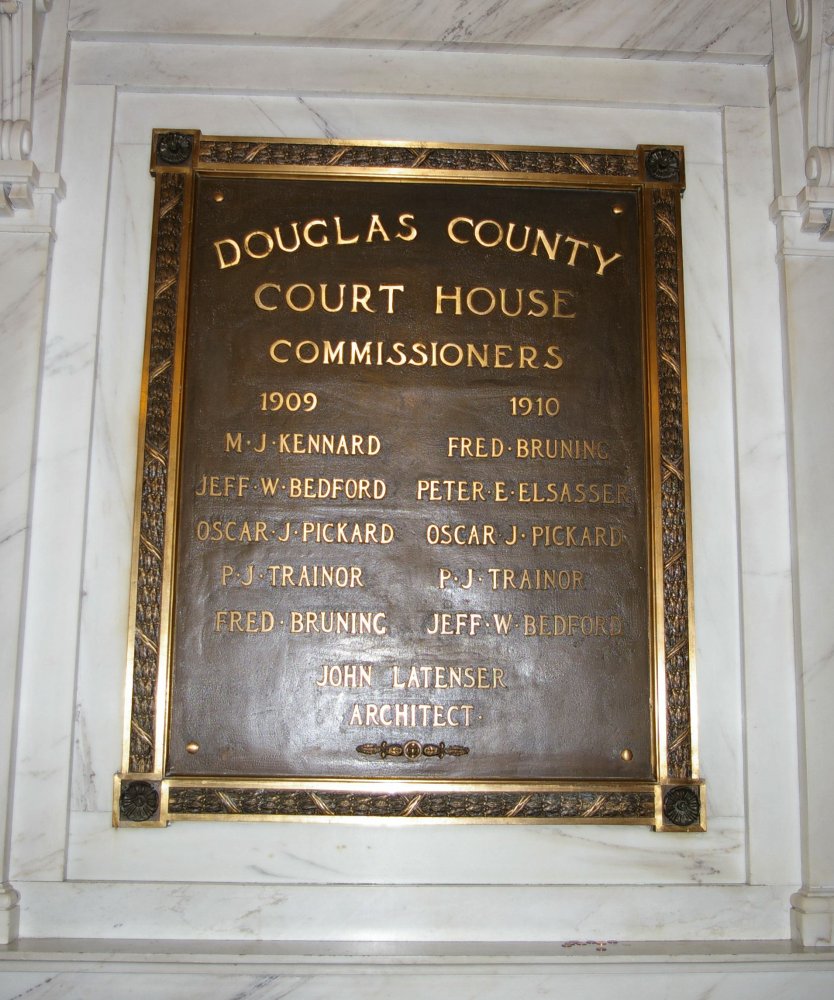 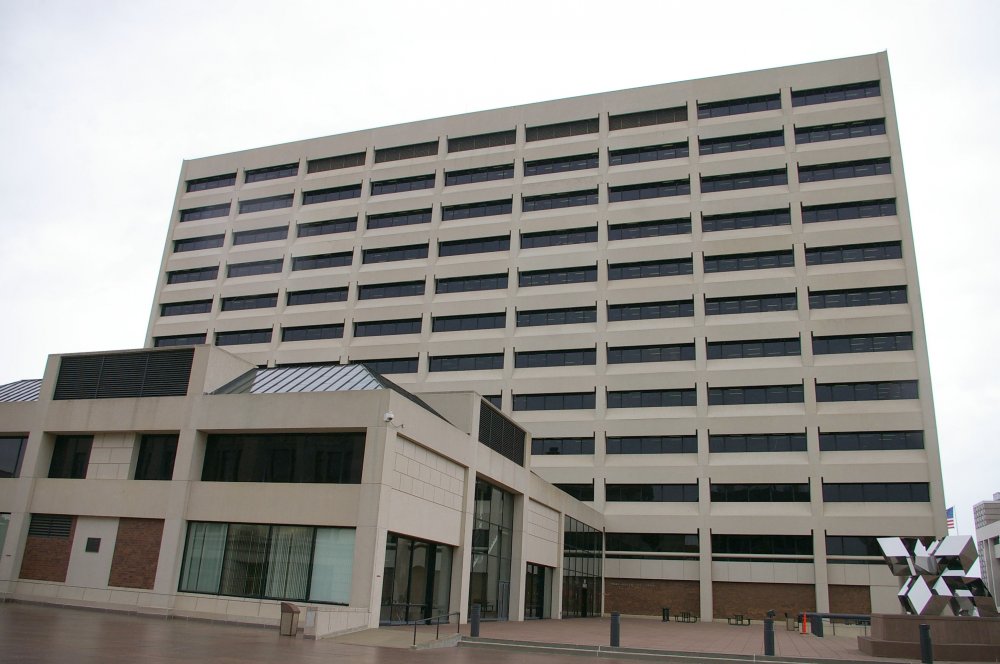 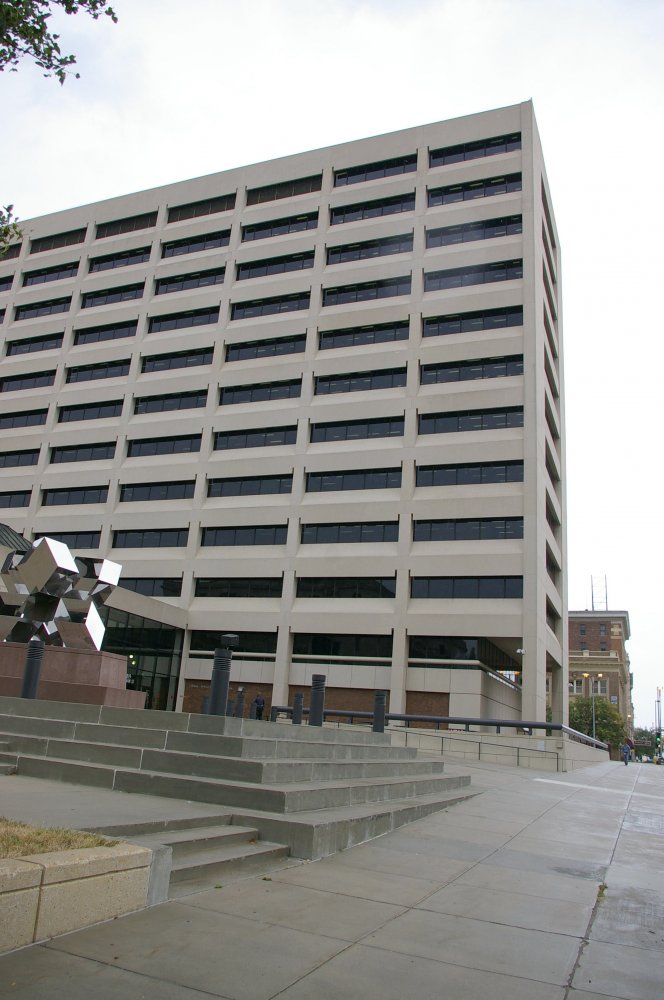 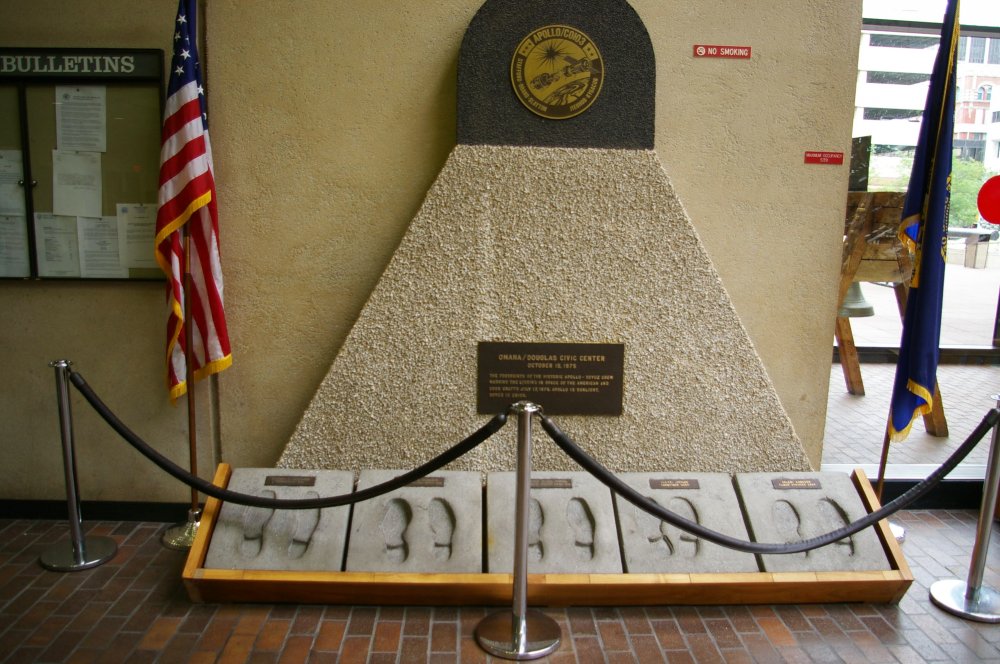 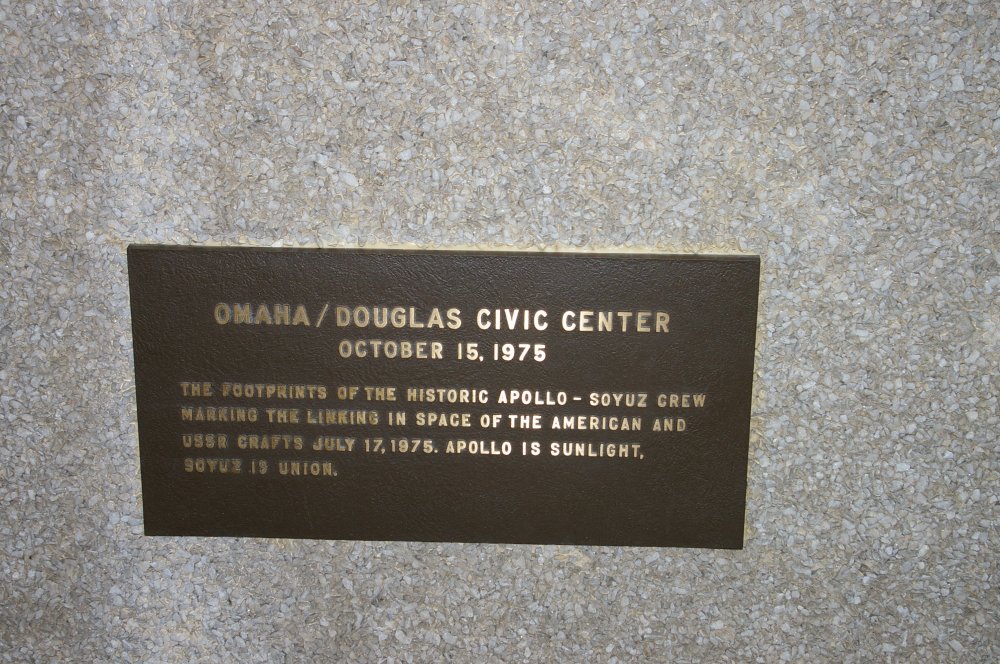