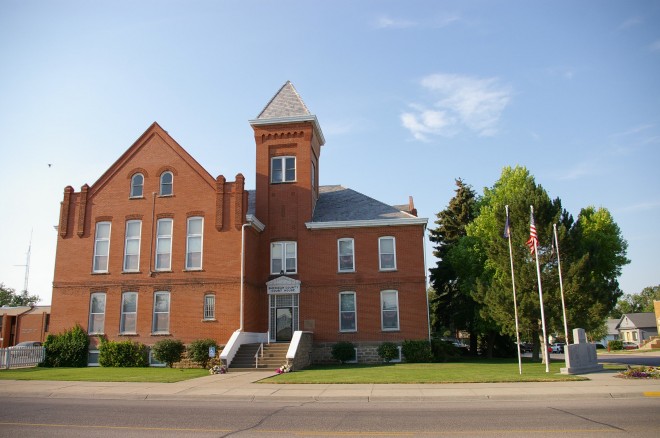 Description:  The building faces north and is a two story dark red colored brick and concrete structure. The building is located on landscaped grounds in the center of Rushville. The building is “L” shaped and there is a low rock-faced Hot Springs sandstone raised basement and limited attic space in the gabled front-facing wing. Red colored brick (Alliance Red) is laid in six rows of common bond, then one row of headers. In the center is a small square tower which rises to the third story above the entrance. On the east side of the north front of the building, that portion rises to a peak at the attic. Smooth stone sills are also of uncomplicated design. In the interior, the centered entry vestibule opens onto the bend of an “L” shaped hallway and also faces stairs leading to the second story. A secondary or back entrance on the south facade is tucked beyond the staircase. The rather simple woodwork in halls that has been painted. High baseboards, turned balusters, a squared newel, and swinging vestibule double doors with glass lights and small panels are among the original features. The courtroom is located on the second story. The building houses the District Court and County Court of the 12th Judicial District. The architect was W T Misner and the contractor was S C Reck. On the south side is the one story red colored brick County Jail built in 1928. 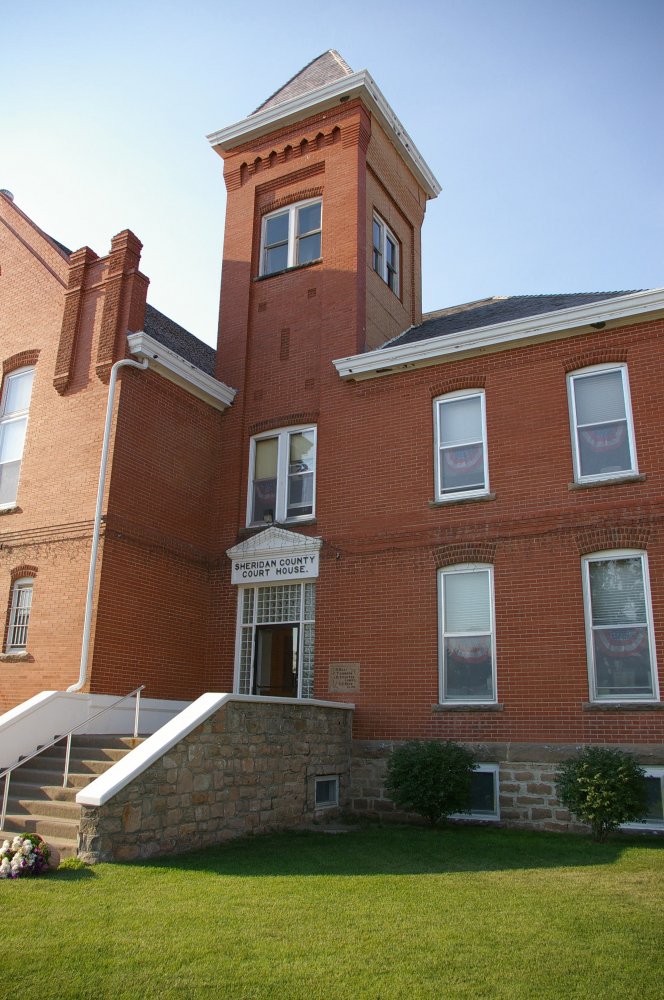 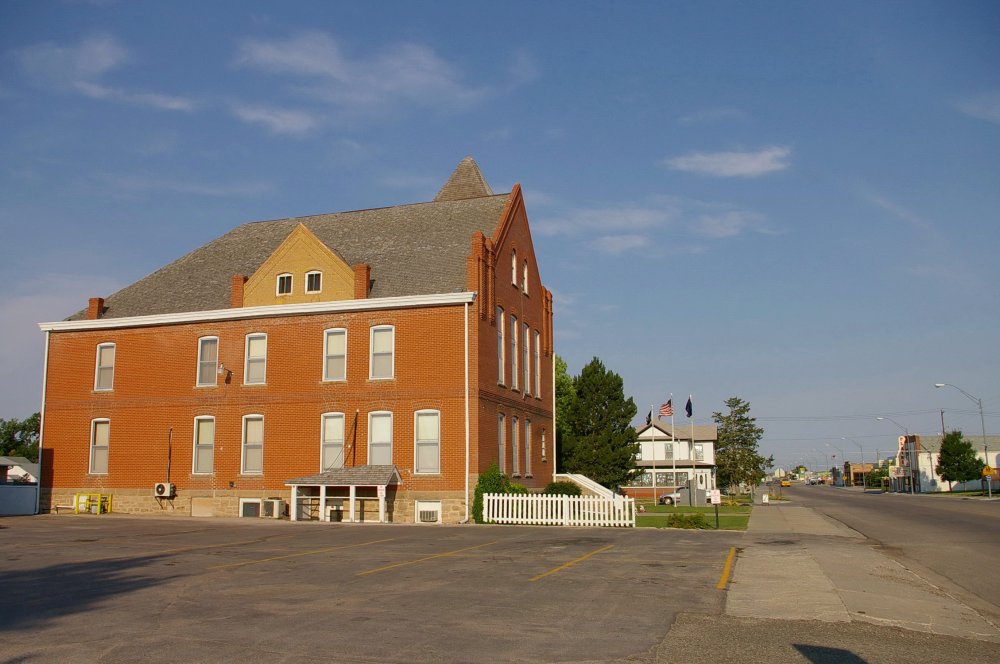 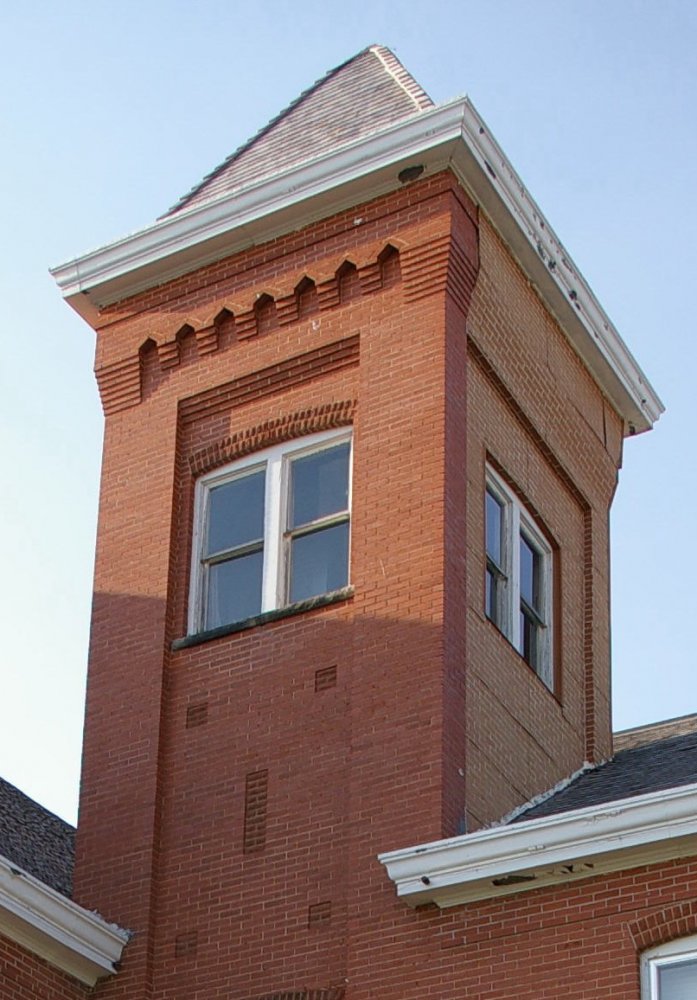 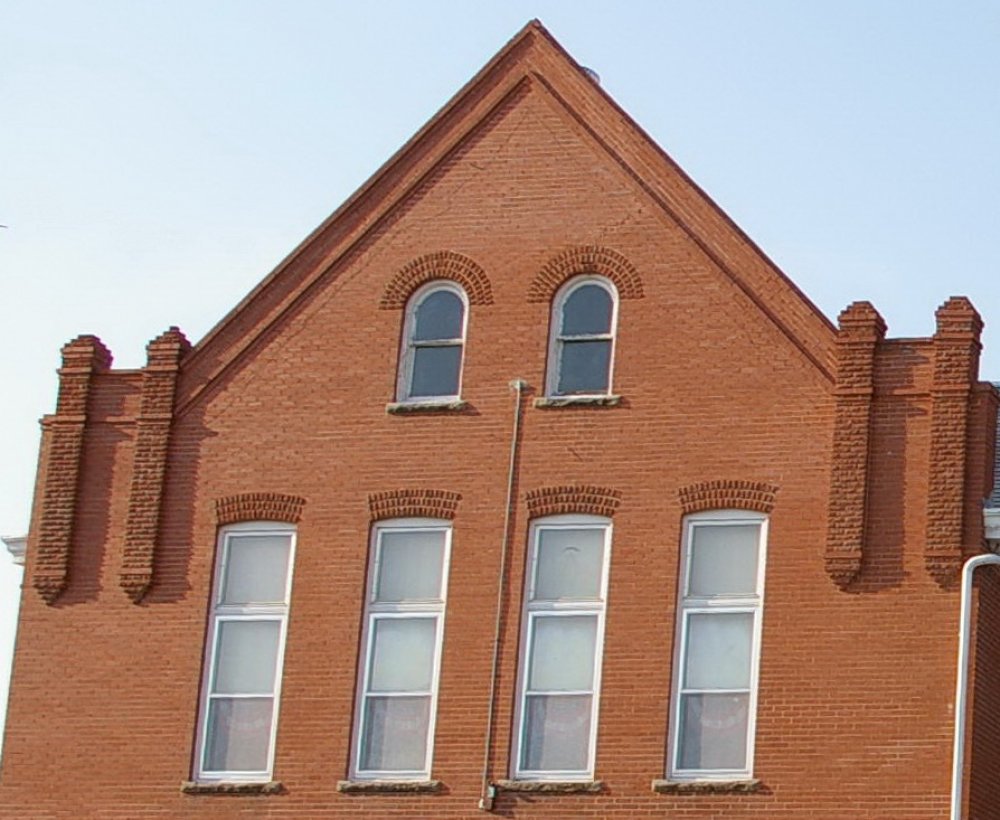 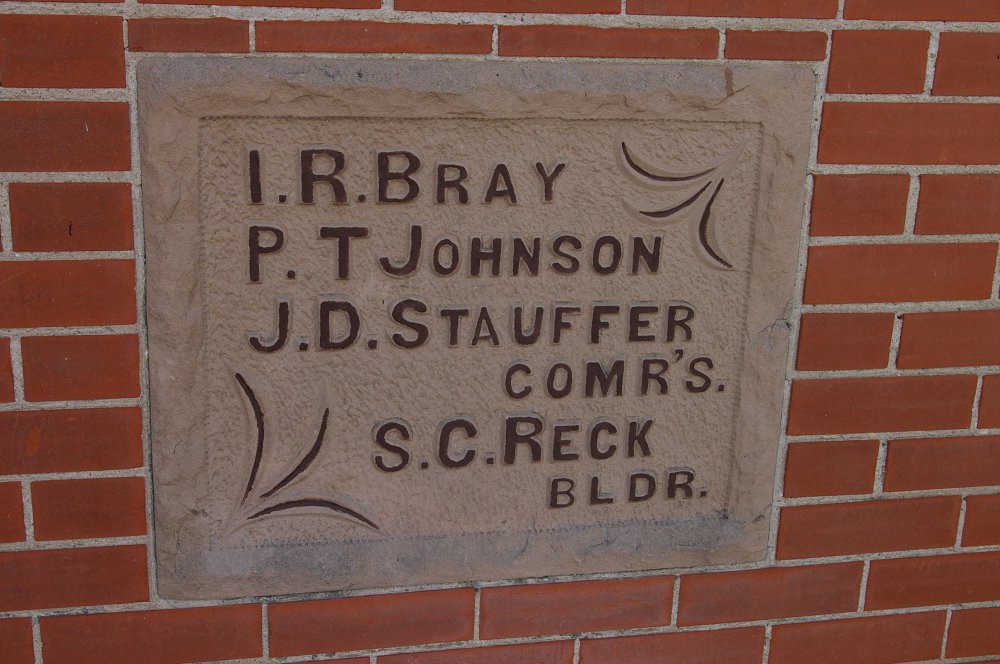 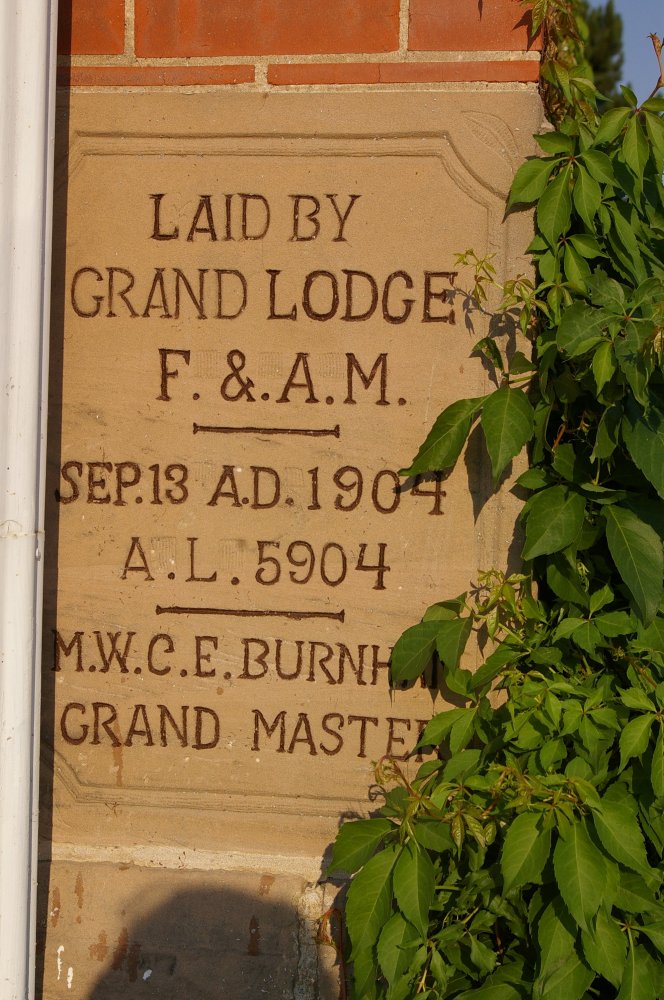