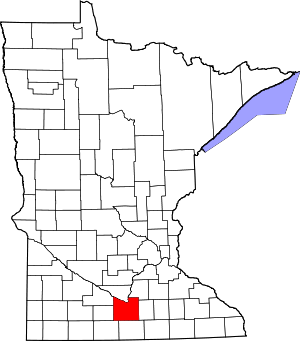 Contractor:  Ring and Tobin of Minneapolis

Description:  The building faces west and is a three story buff colored Mankato stone structure. The building is located on a rise surrounded by landscaped grounds in the center of Mankato. The rectangular shaped building is 92 feet by 108 feet with a high square clock tower on the west side with a clock and statue of Lady Justice at the top. The west entrance has a rounded portico with steps on either side and a balcony on top. Corners of the pavilions have two-tiered pilasters with capitols. The windows are arranged in groups of three and capped by segmentally arched tymanums. There are dormers along the hipped roof. The building was renovated in 1919 and in 1929. Major renovations were done in 1960 to 1964. Further renovation was done in 1988. In 1990 to 1991 Schwickert Company removed and repaired the Lady Justice and the clock and carillon were installed by Schulmerich Carillon Company. In 2004, Jetter Clean restored the exterior. 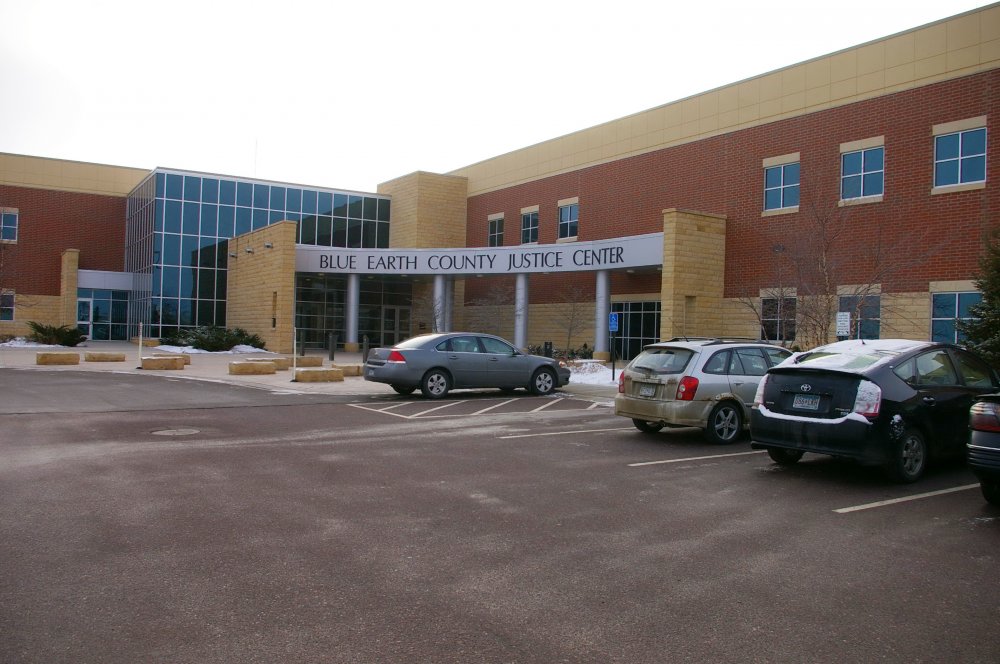 Description:  The building faces west and is a two story red colored brick, buff colored stone, glass and concrete structure. The building is located on spacious grounds on the east side of Mankato. The building has a rectangular north wing and a rectangular west wing with the glass paneled entrance at the junction of the wings on the northwest side. There is a curved one story section with four columns. The buff colored stone is along the bottom part of the building with red colored brick above. There is a south wing with the Justice Center Pond on the southeast. The roof line is flat. The courtrooms are located on the south side of the second story of the south wing. The building houses the County District Court of the 5th Judicial District. 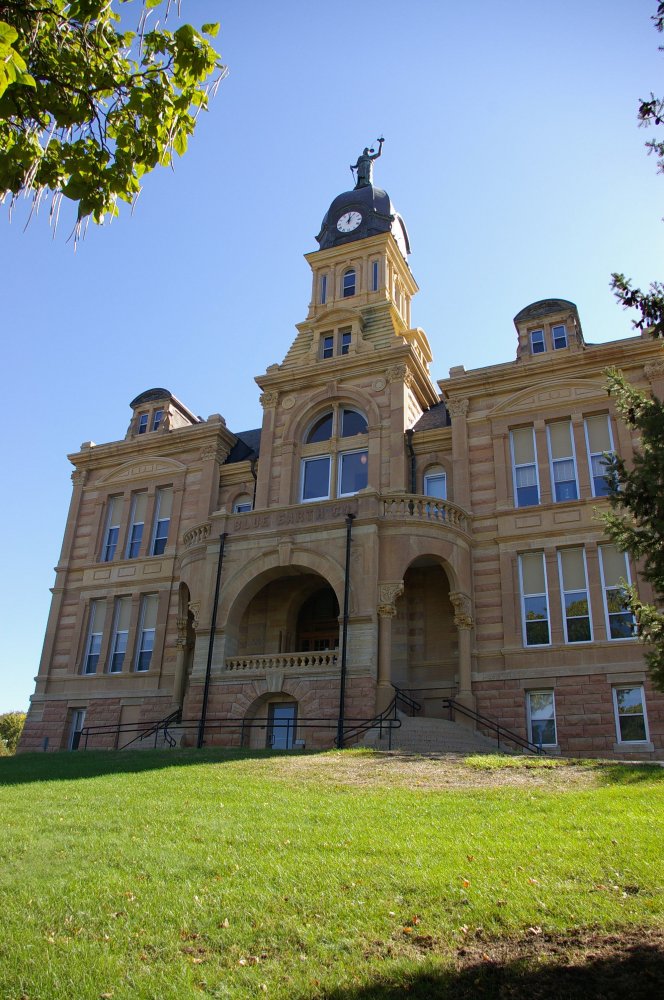 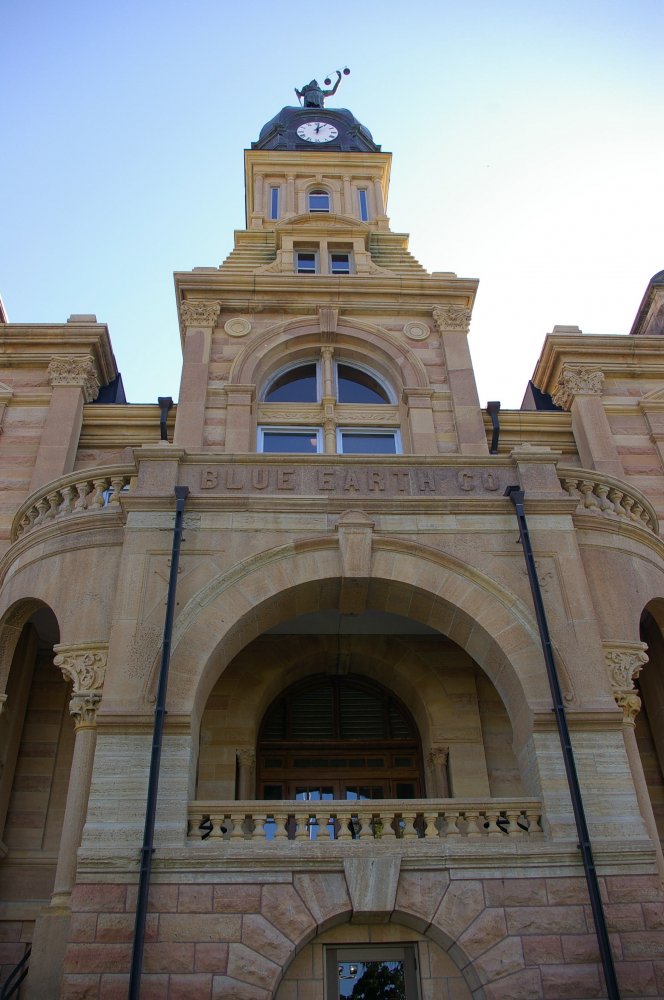 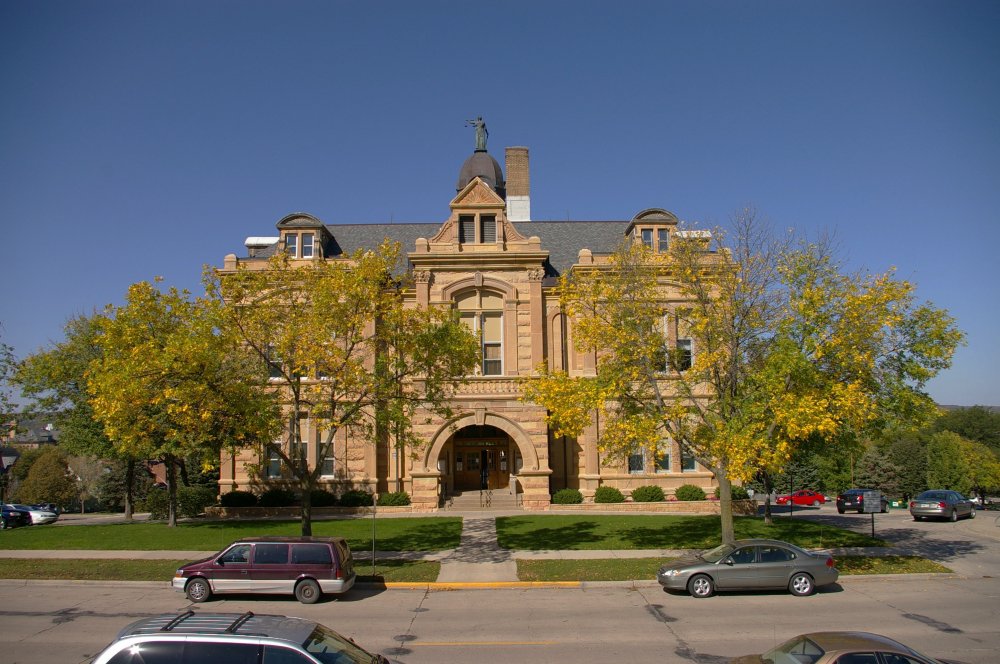 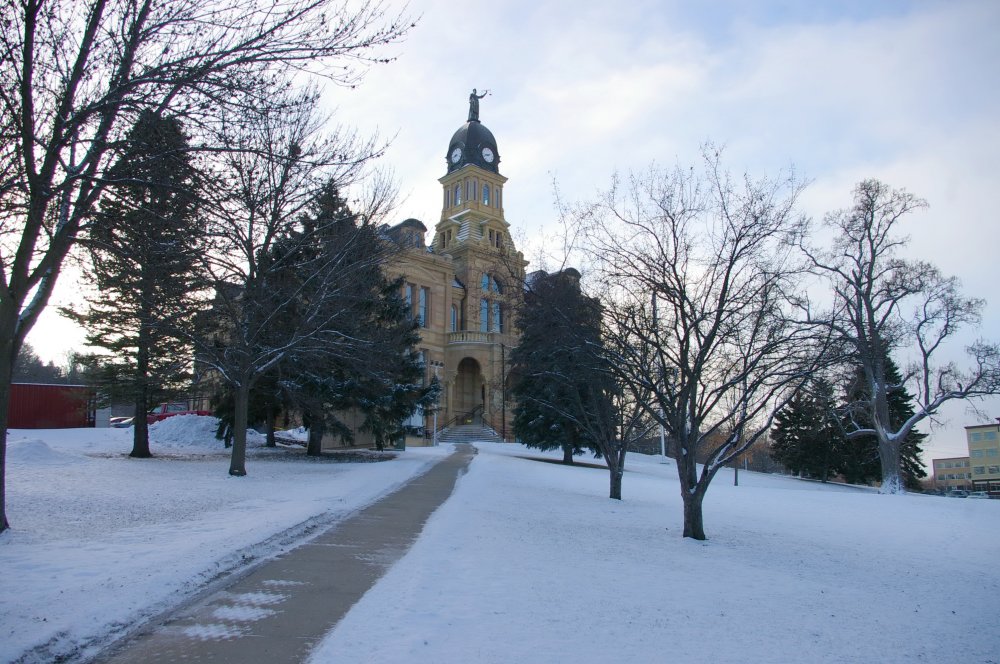 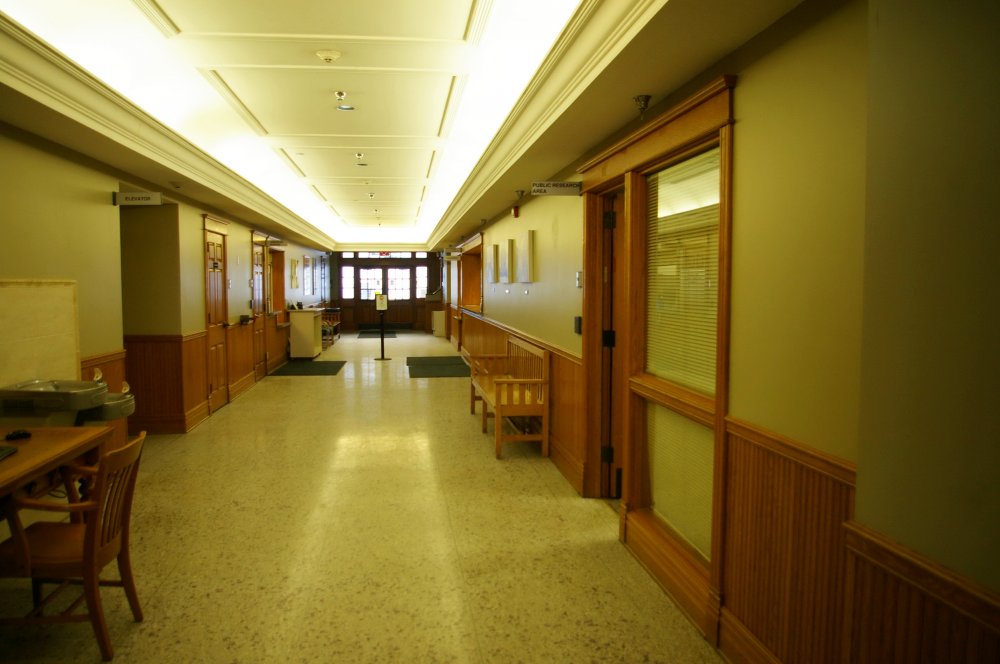 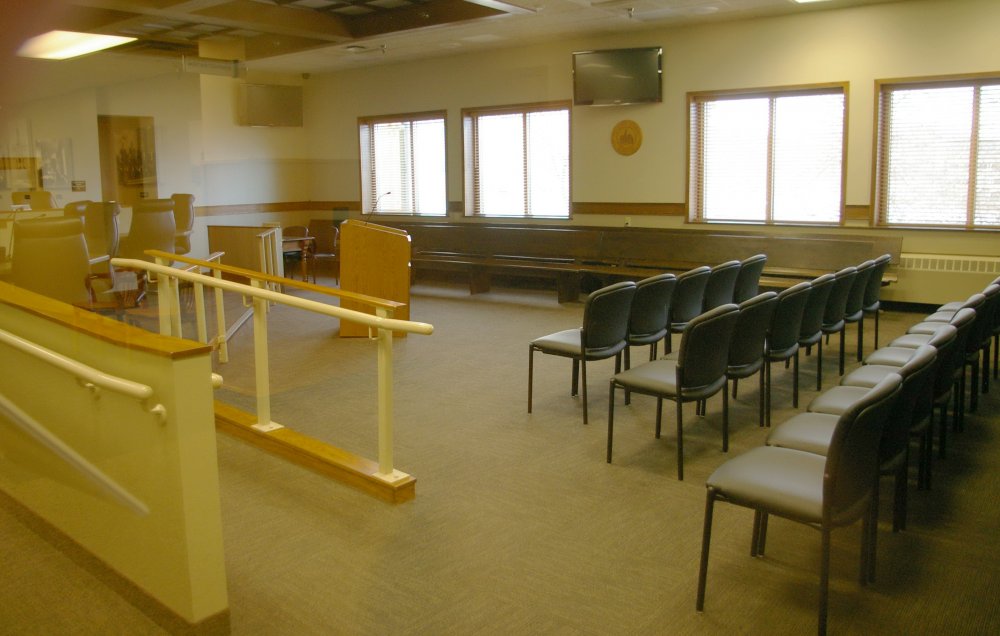 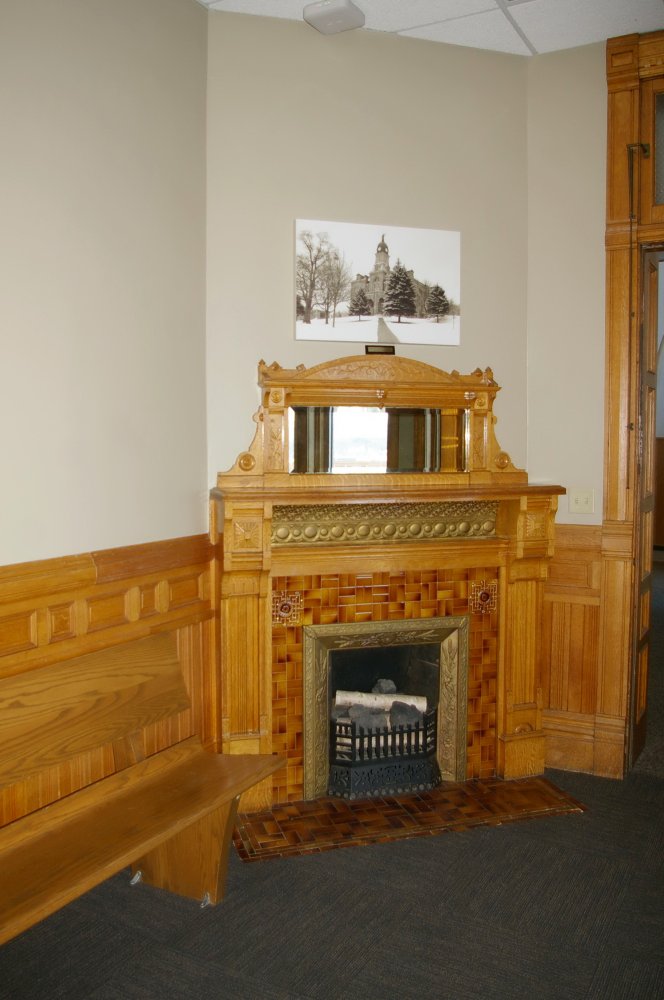 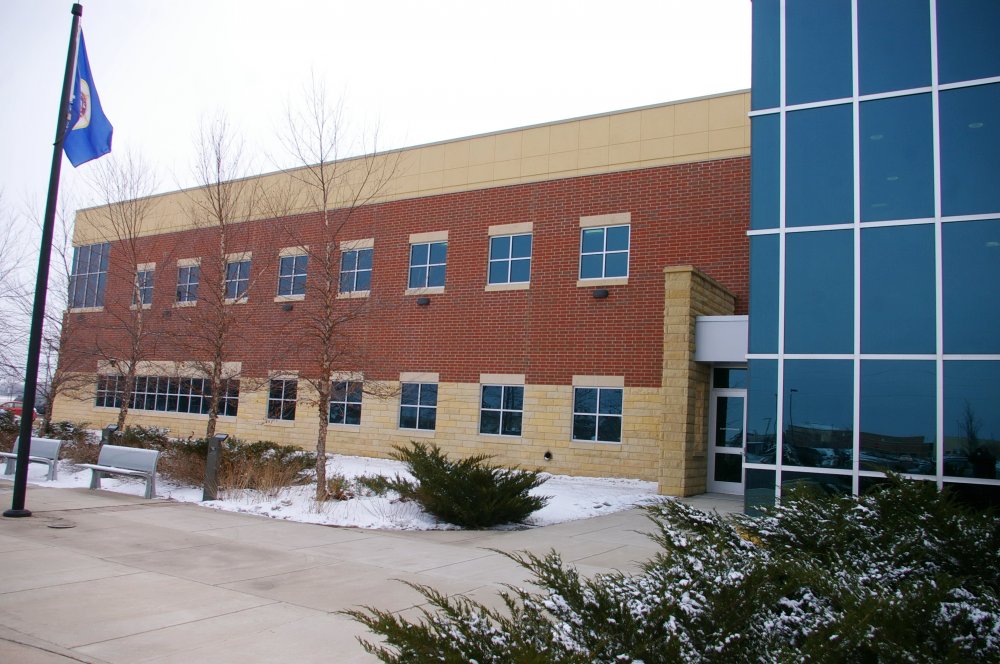 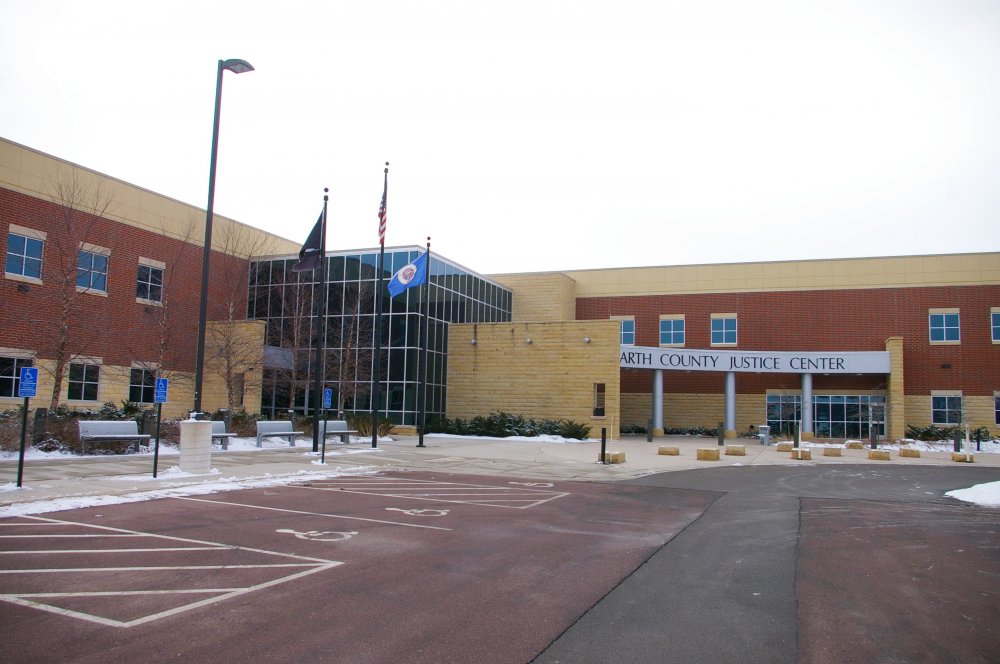 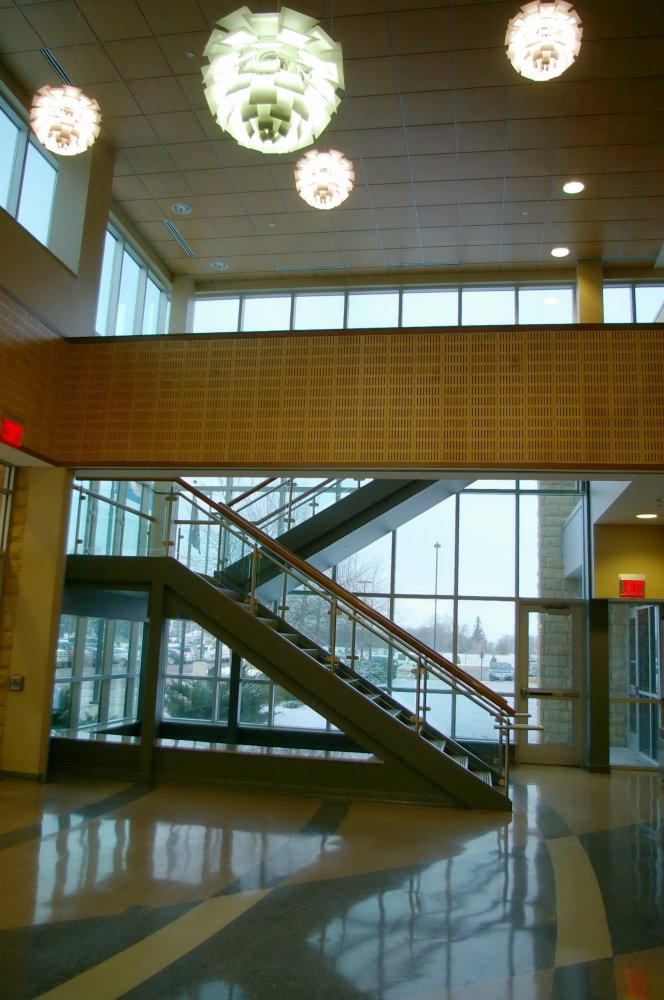 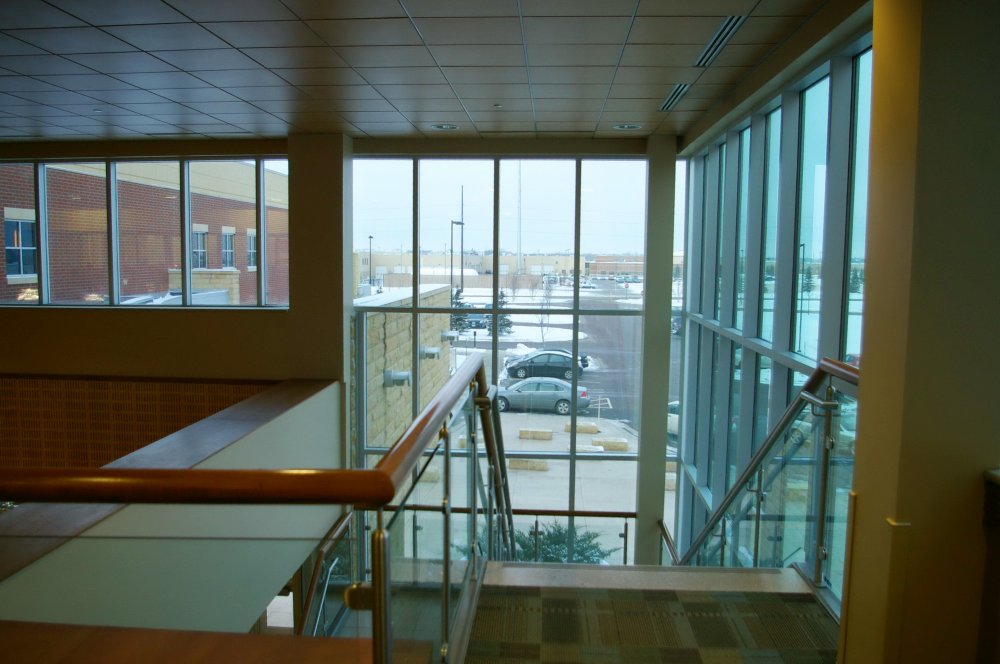 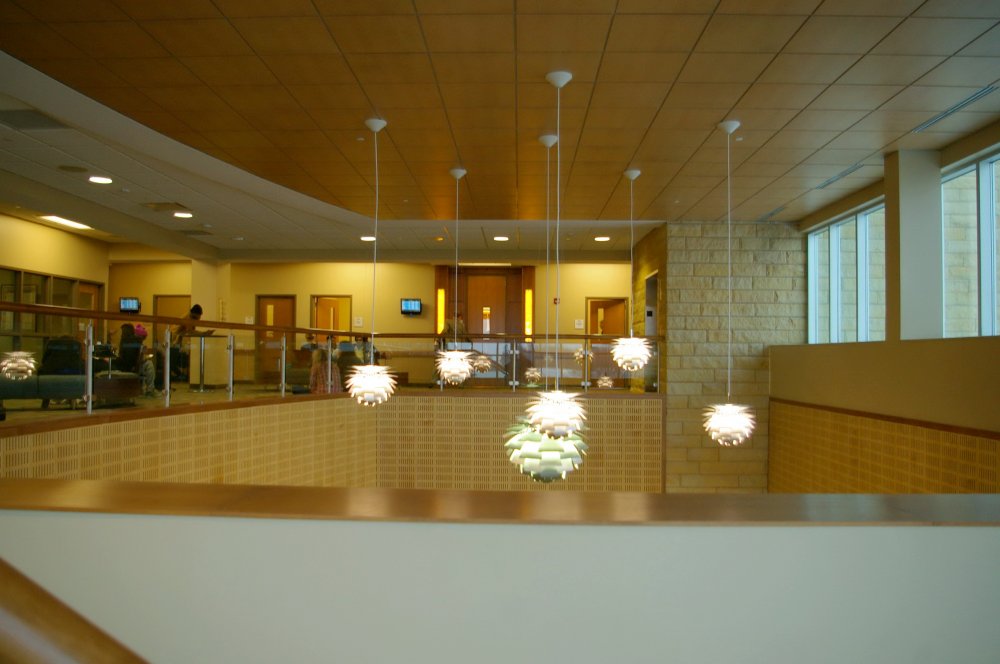 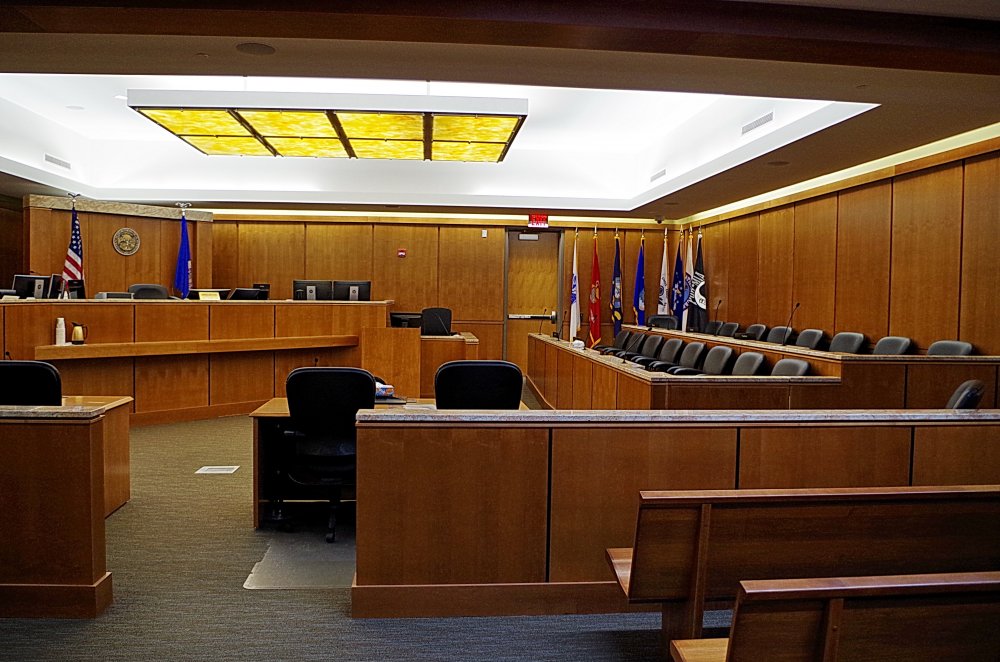 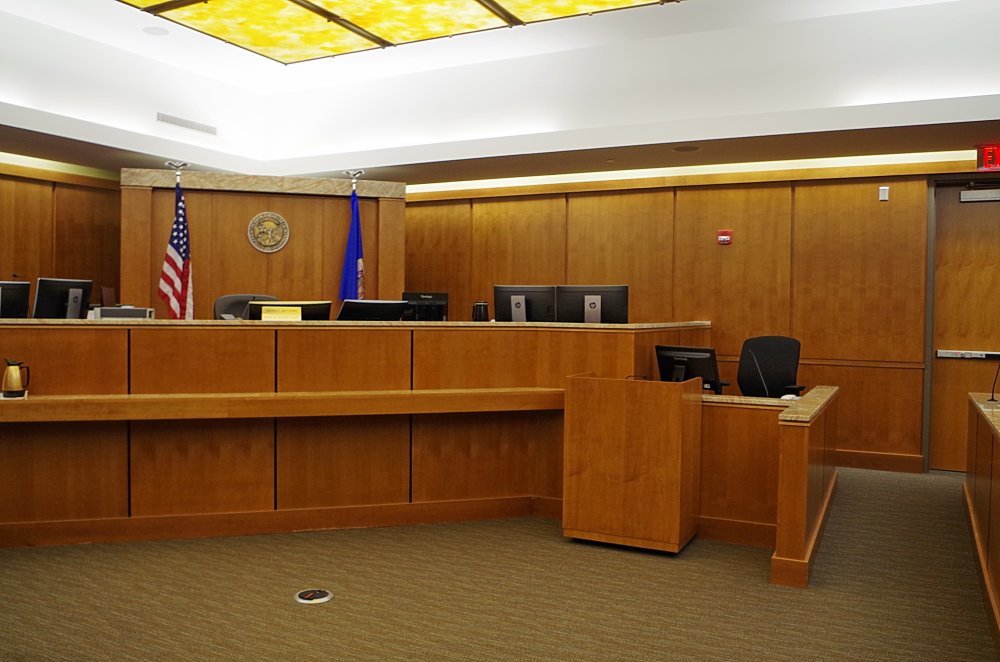