Description: The building faces south and is a two story red colored brick and limestone structure. The building is located on landscaped grounds in the center of Hampton. A stone portico extends from the building with a large arched entrance. The base of the building is white colored course stone. White colored stone trim is along the windows. The noteable brick features include the machicolated cornice, the circular corner features of the four central pavilions and the clusters of circular chimneys. On the center of the roof is a high square clock tower with statue of Justice at the top. The roof is hipped. The interior is richly endowed with woodwork in the Romanesque Revival style surrounding the doors and windows and supporting arched ceilings. The county offices on the first story all open onto a central rotunda with an elegant marble floor. The courtroom occupies the central portion of the second story. The building houses the County District Court of the 2A Judicial District. 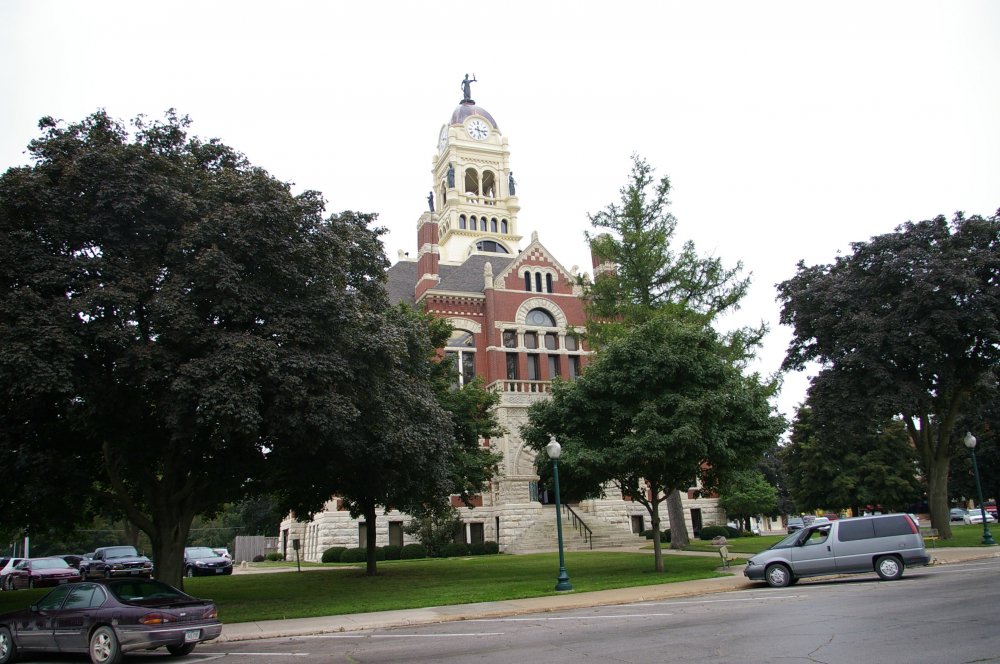 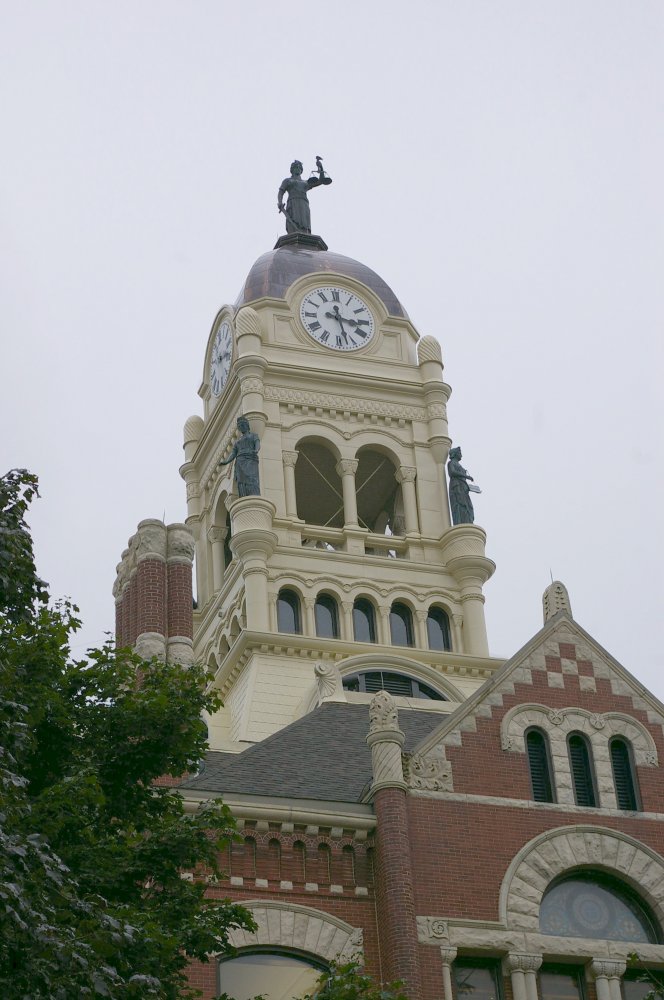 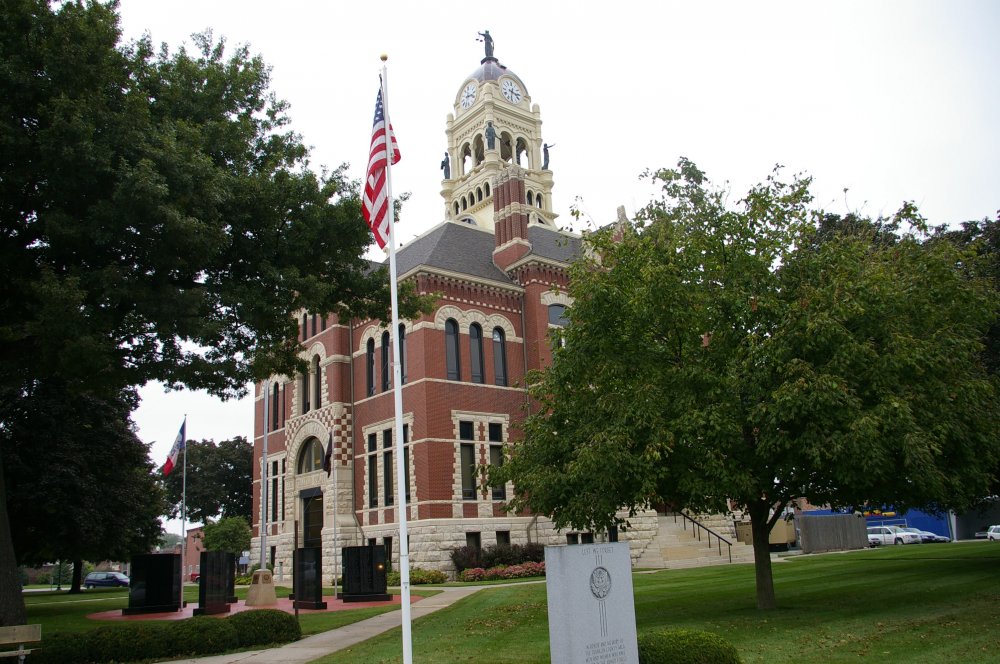 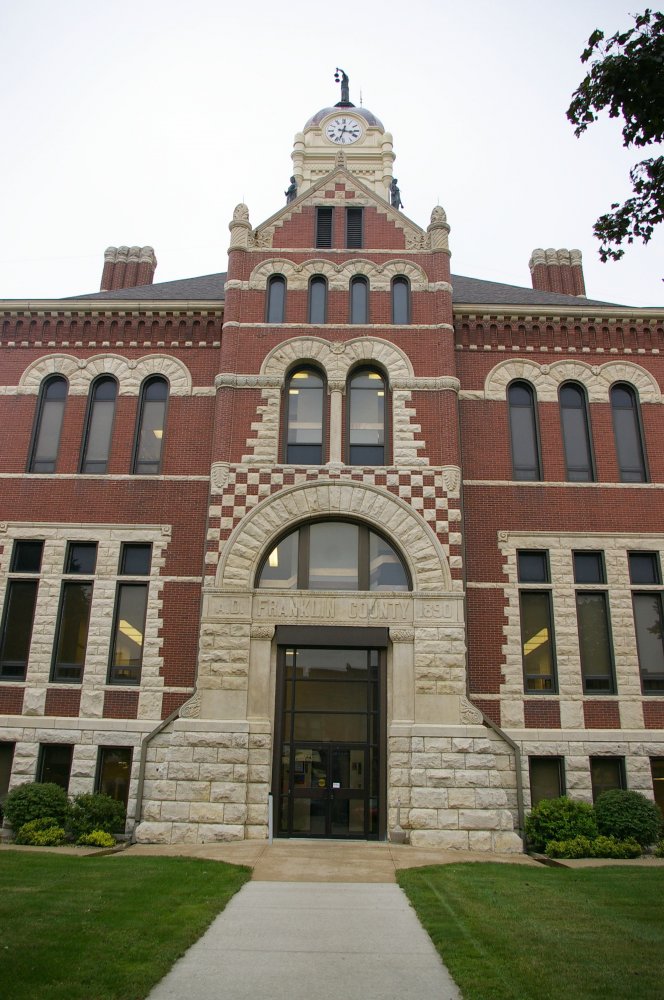 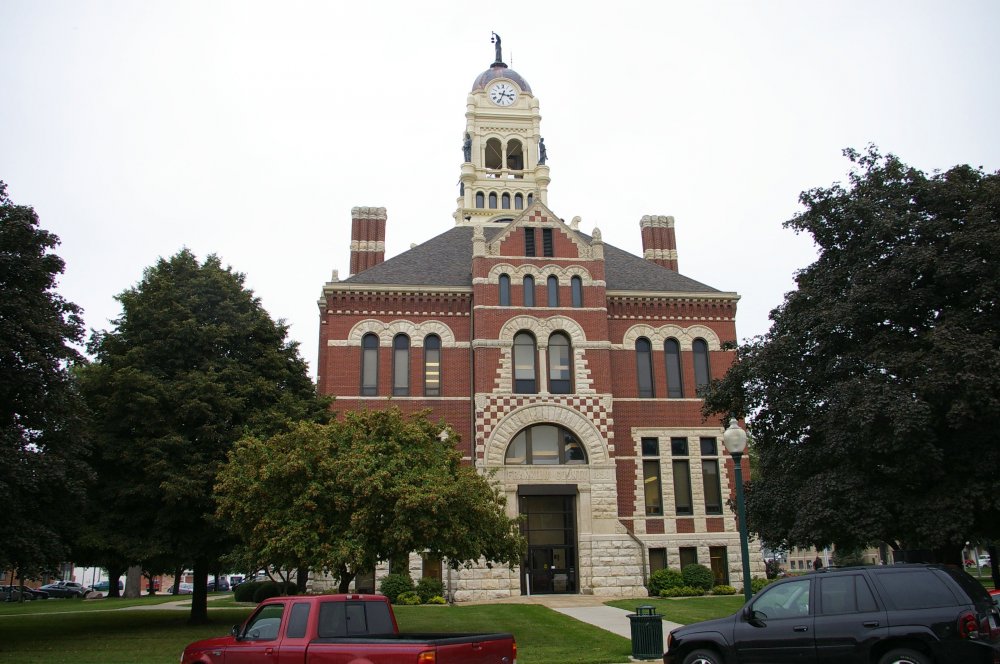 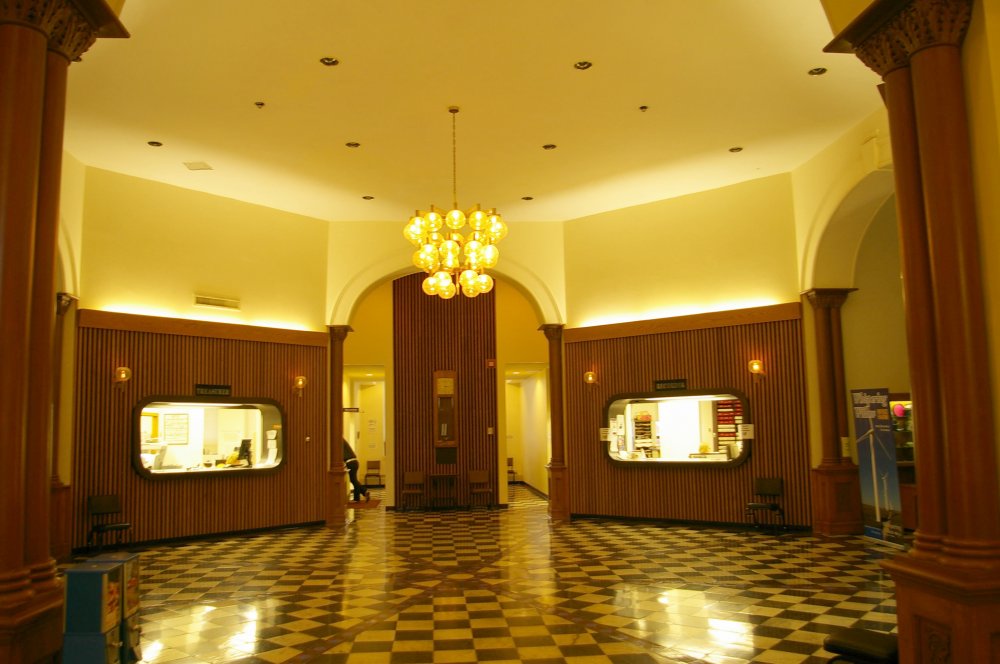