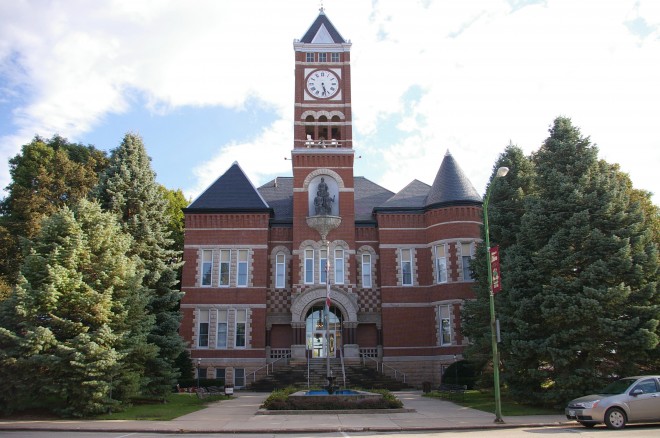 Hardin County is named for John J Hardin, who was from Illinois and who was killed in the American Mexican War. 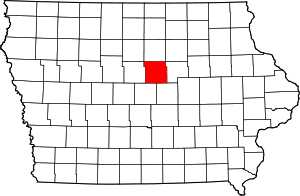 Description: The building faces north and is a two story red colored brick and stone structure. The building is located on landscaped grounds in the center of Eldora. The building has stone trim around the windows, entrances and foundation. Above the north entrance is a high clock tower with alcove at the third floor with statues. On the northwest corner is a round tower with conical roof. On the corners are large square towers with peaked roofs. The interior has a central rotunda and the courtroom is located on the second story. The building houses the County District Court of the 2B Judicial District. The building was restored in 1968 to 1970. The architect was Donald McKeown and the contractor was R D Stewart Inc. 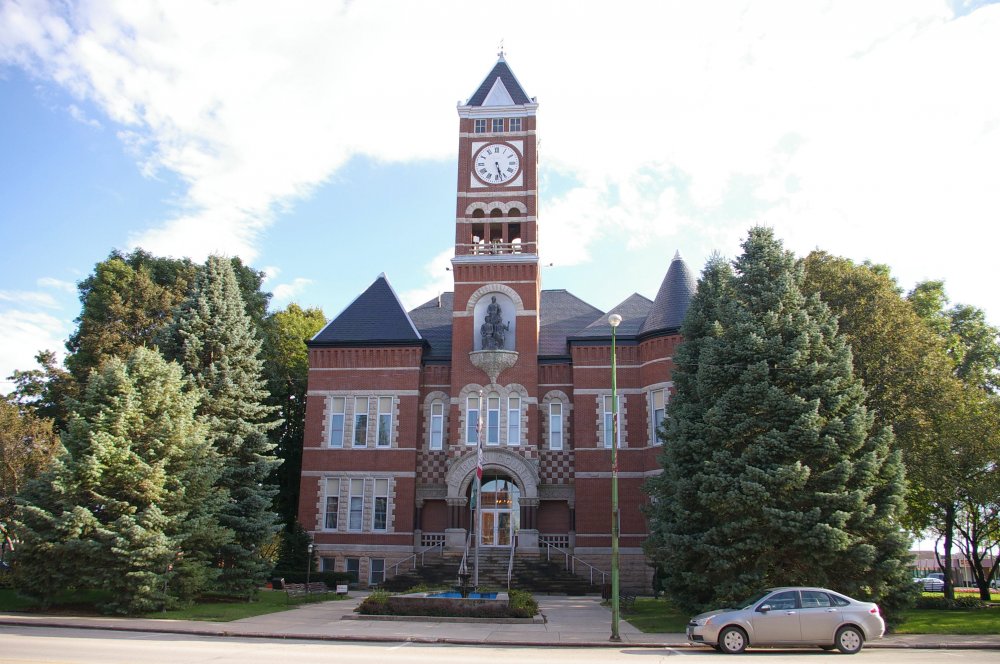 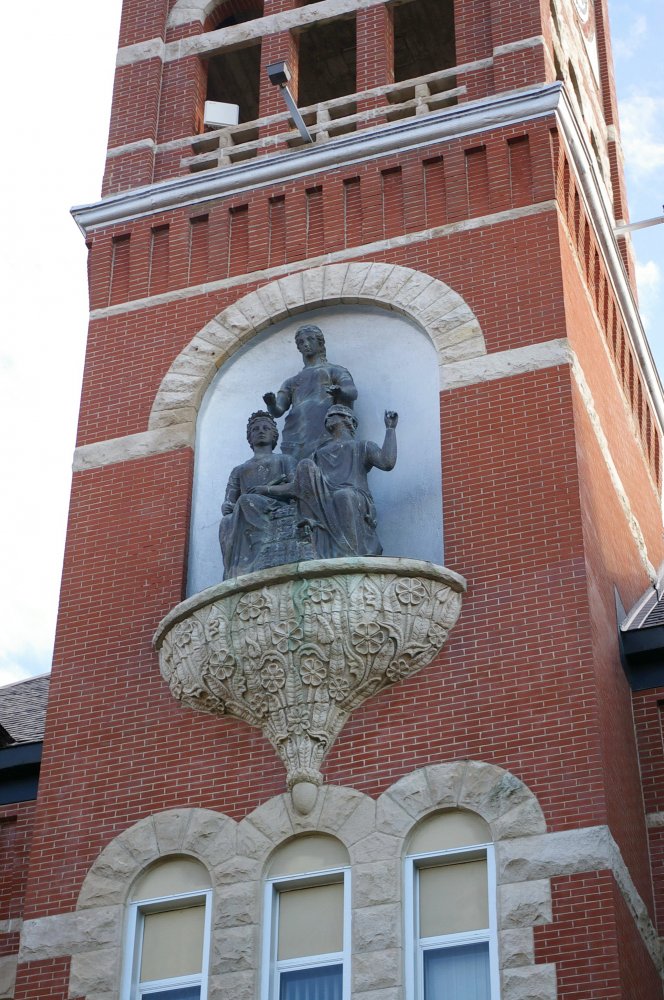 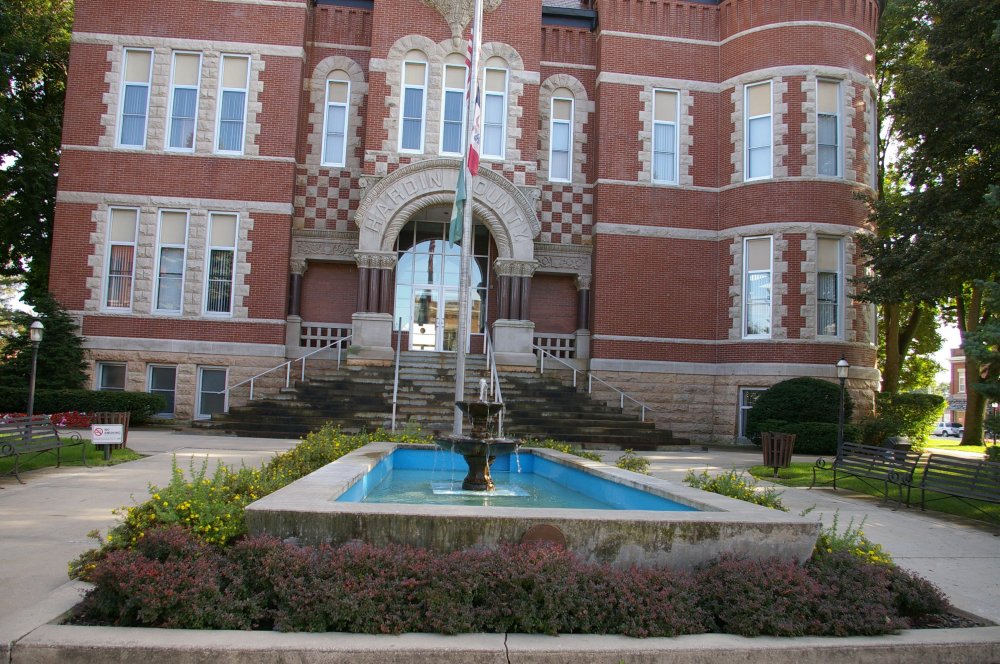 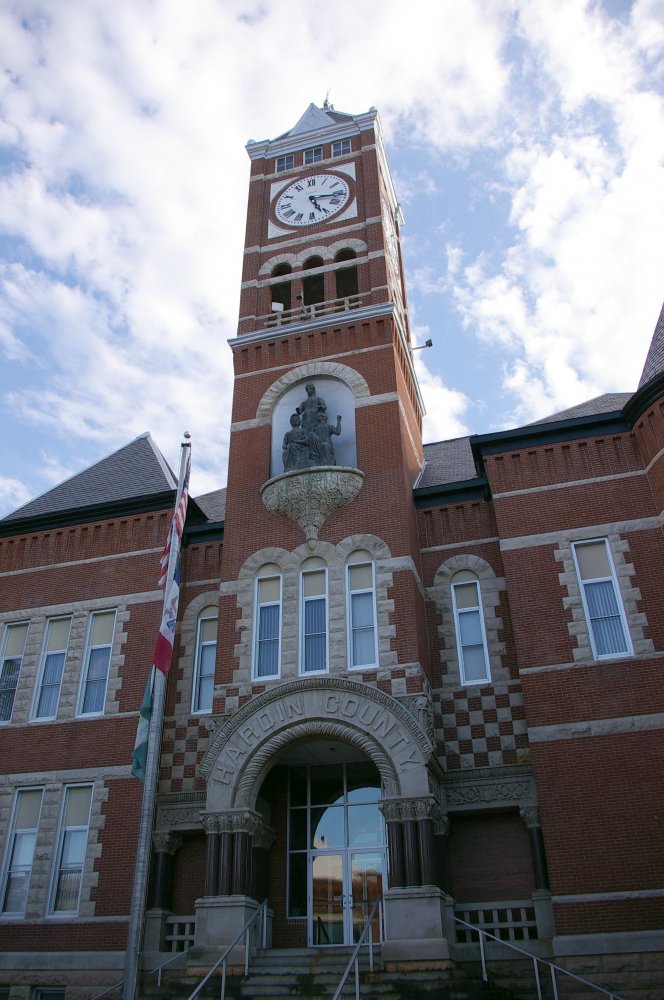 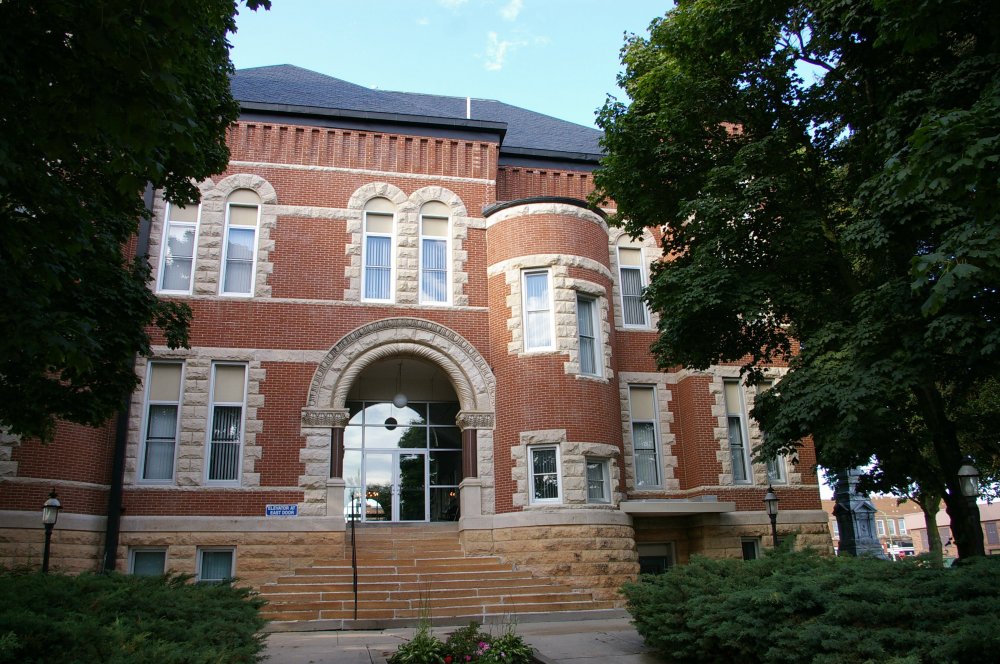 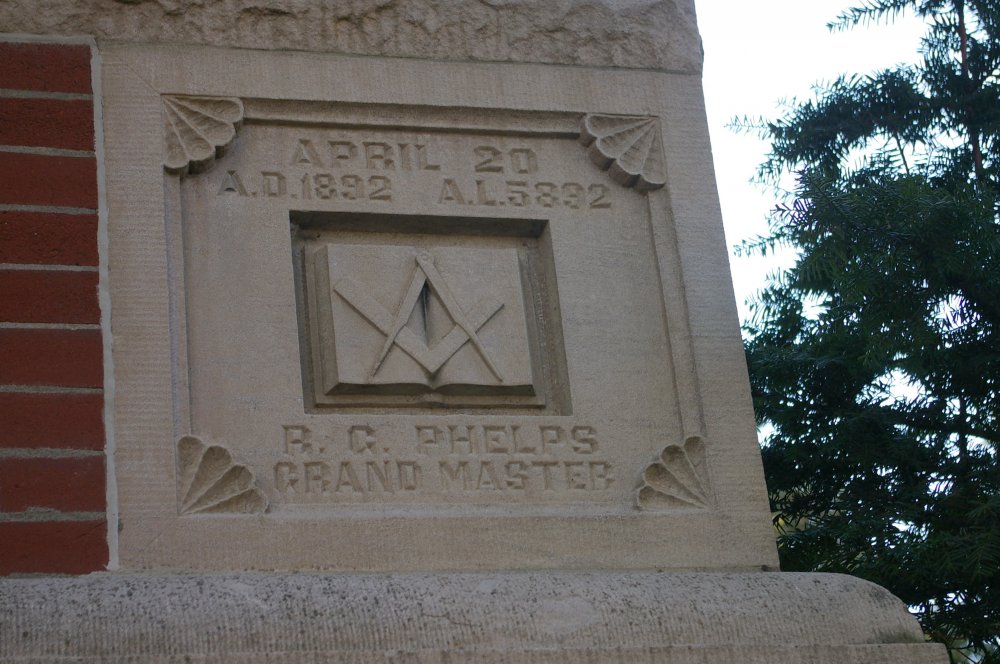 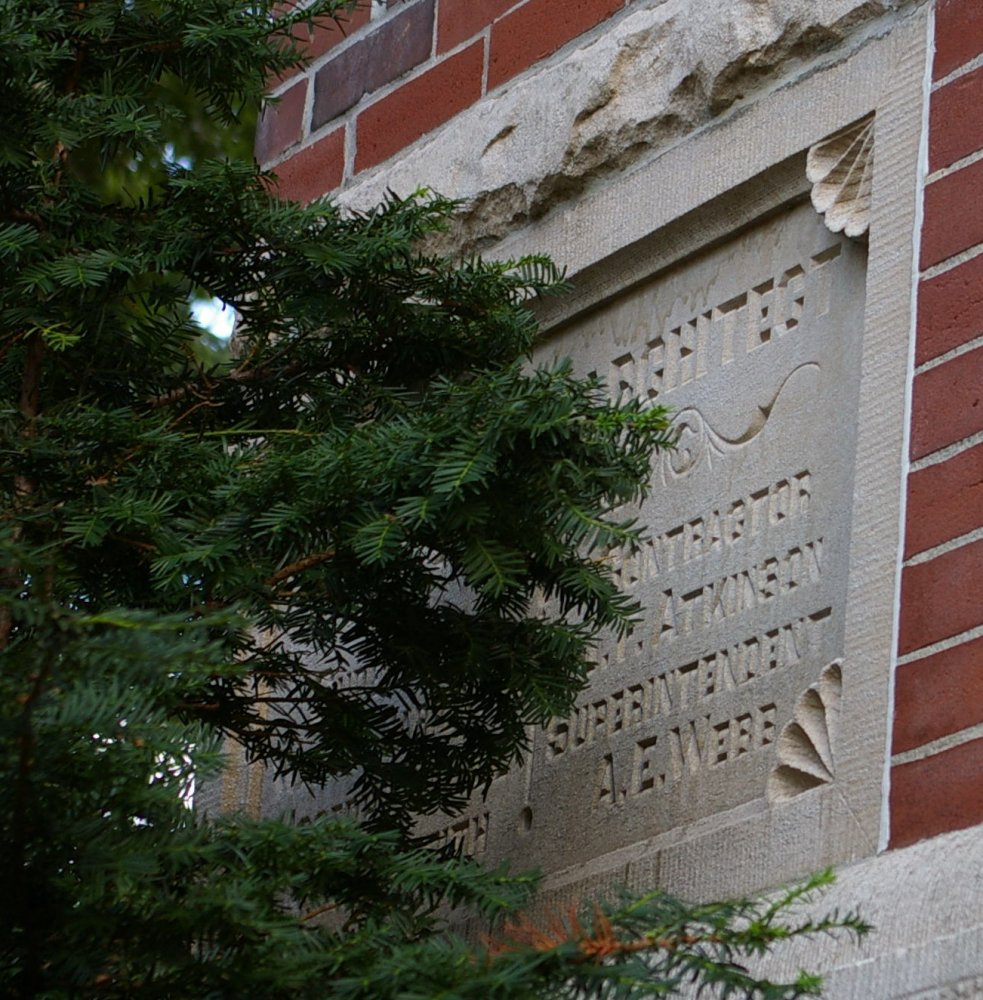 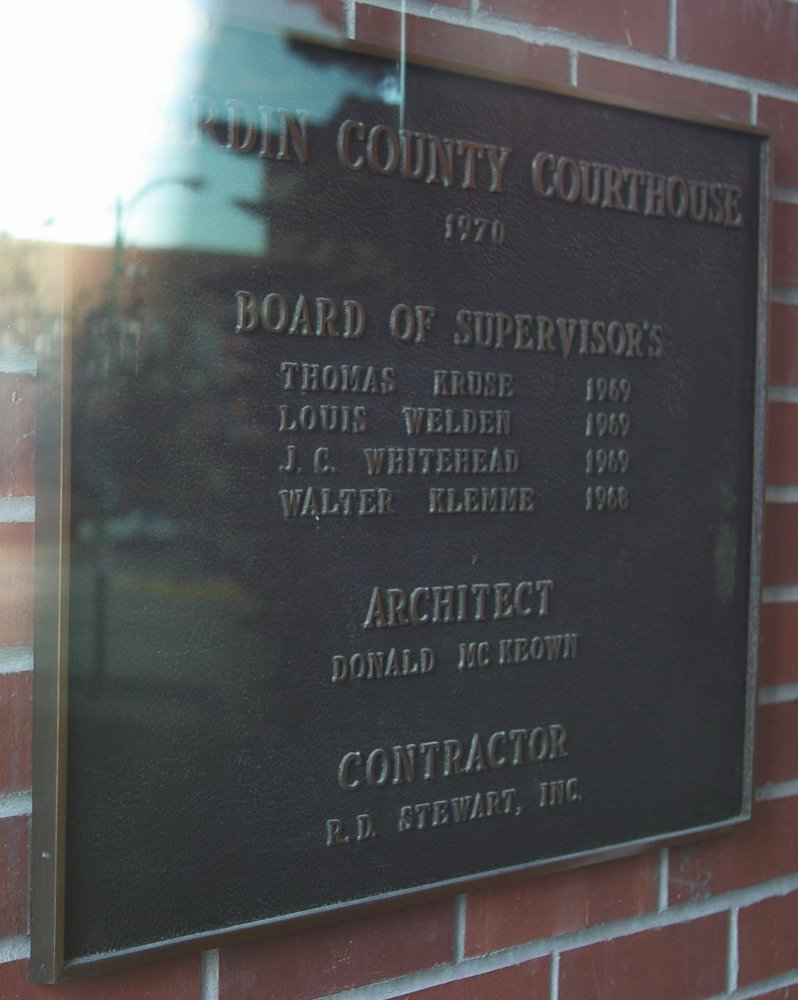 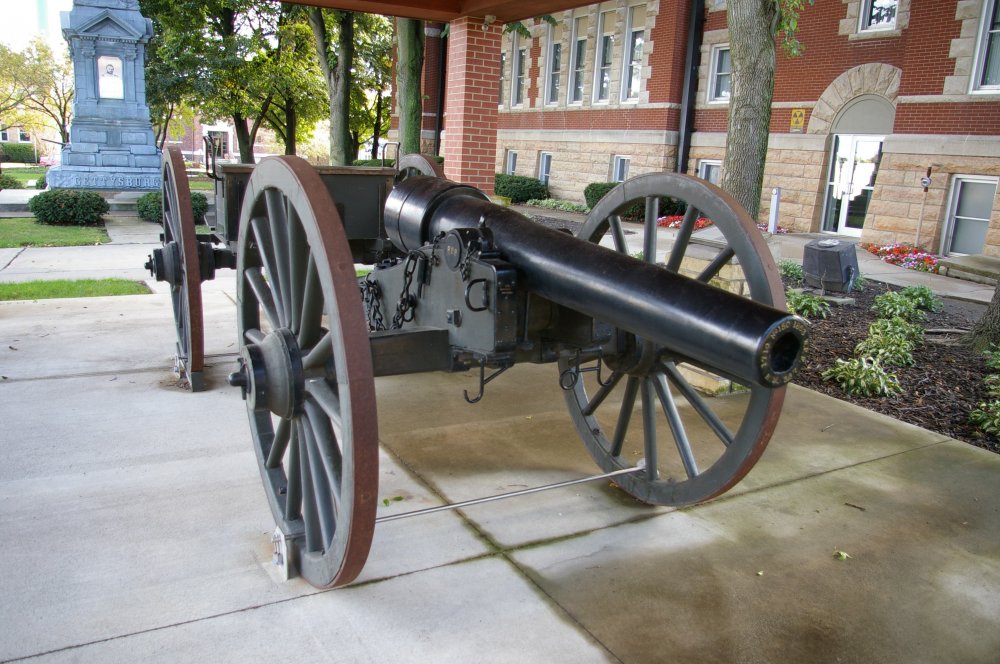