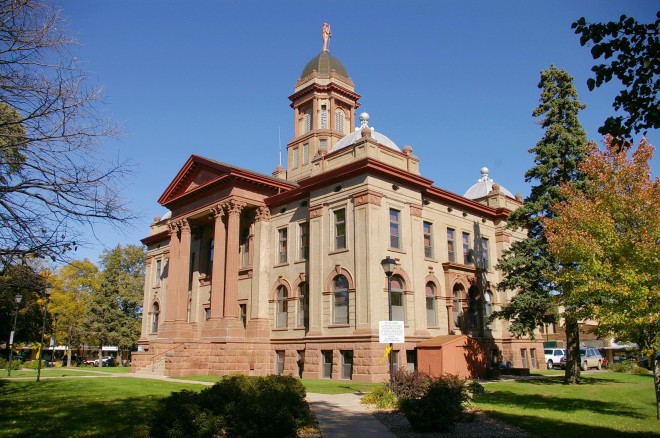 Cottonwood County is named for the Cottonwood River which is a translation of “waraju”, the Dakota name for “river”, reflecting the abundance of the trees on its banks.

Description:  The building faces south and is a two story structure. The building is located on landscaped grounds in the center of the city. The basement is red colored sandstone and the upper stories are buff colored brick. Identical grand pedimented porticoes on the north and south are supported by two pairs of Corinthian columns with spread eagles in their capitals. The building is crowned with an octagonal drum, which supports a segmented dome two stories above the roof level. A figure of Justice stands on top. Shallow segmented domes painted silver, top the four large corner pavilions. Inside is a two story rotunda with murals. The courtroom is located on the second story and has a gold leaf embellished mural of Justice above the bench completed by L A Thiel & Company, fresco artists from Chicago, and said to be patterned after a painting in the Palace of Justice in Paris, France. 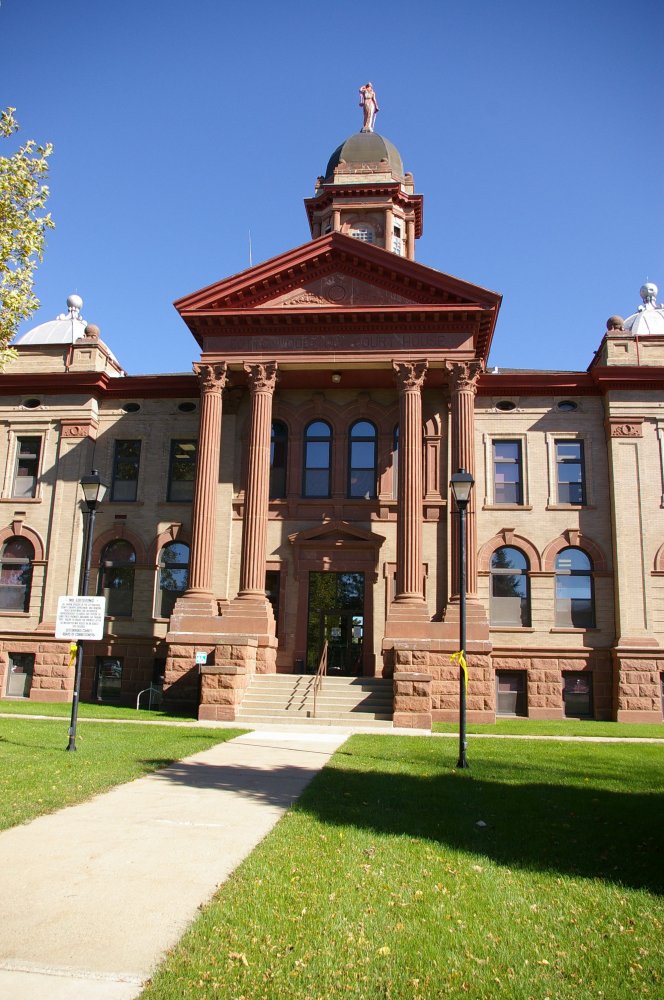 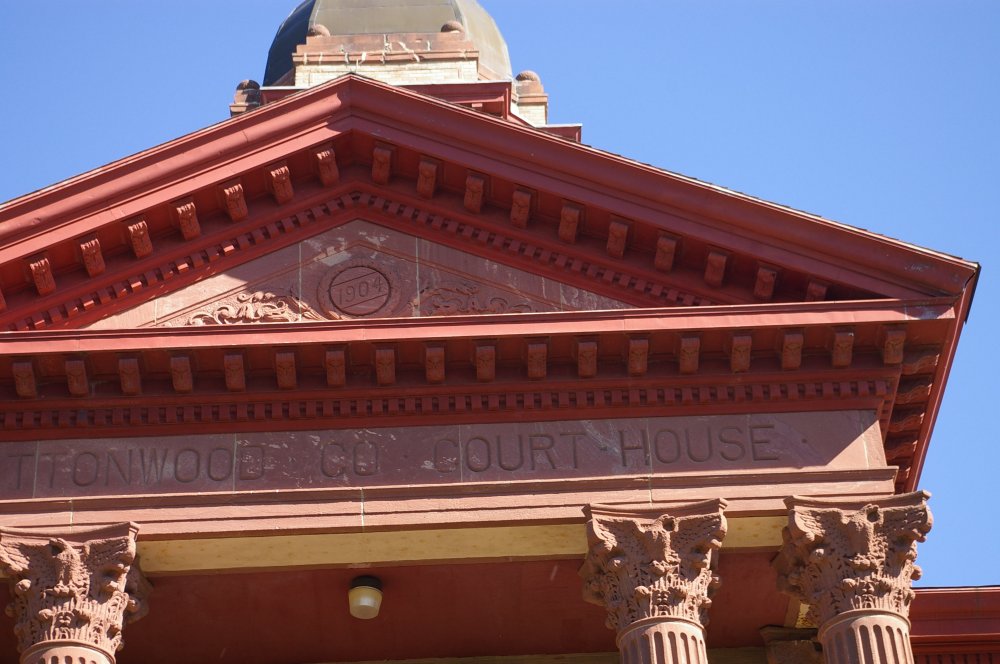 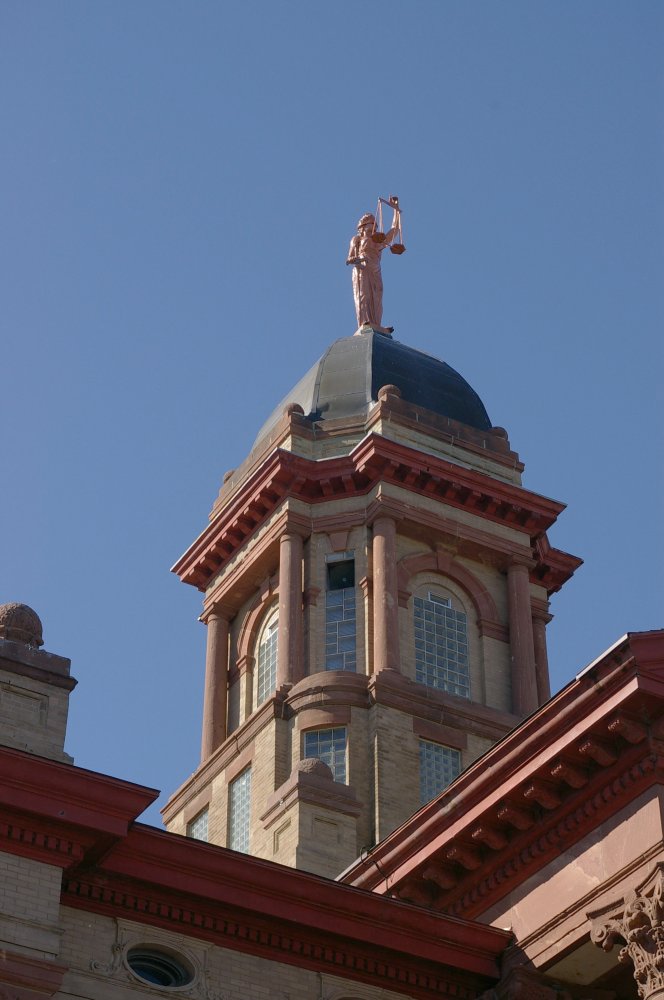 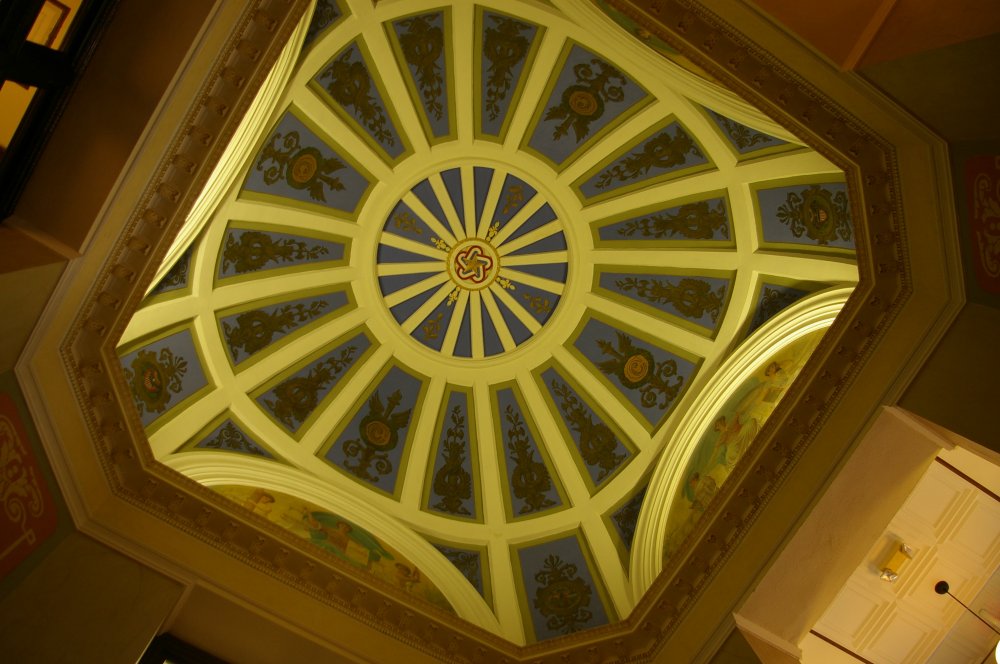 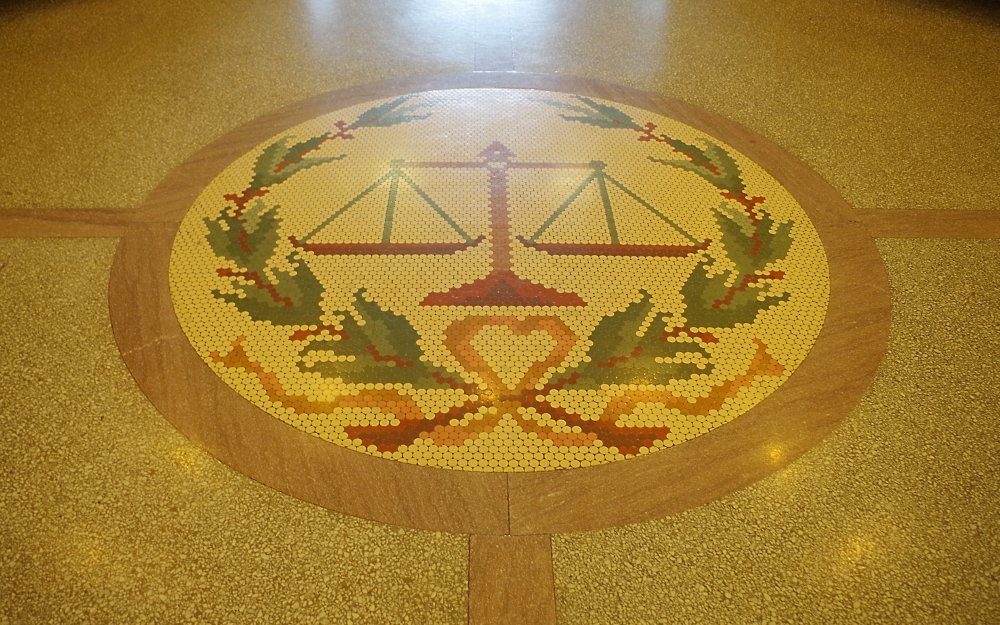 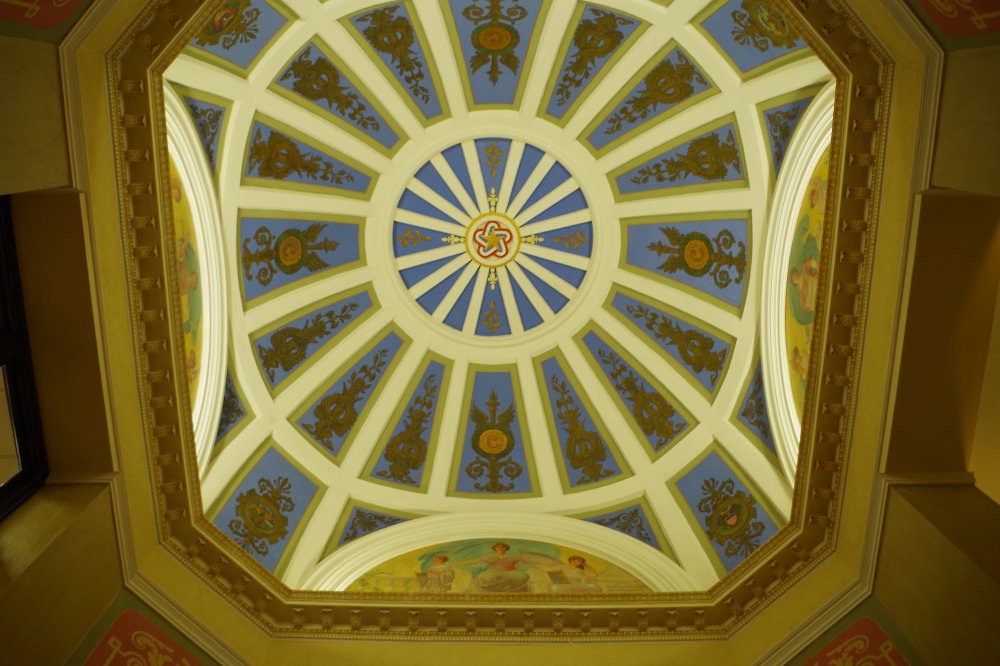 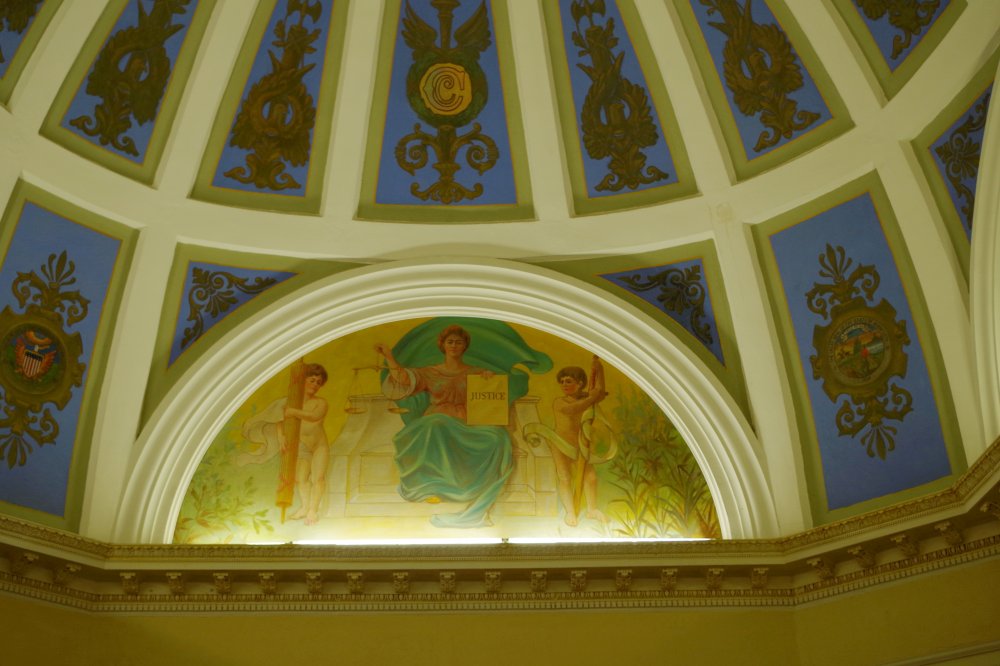 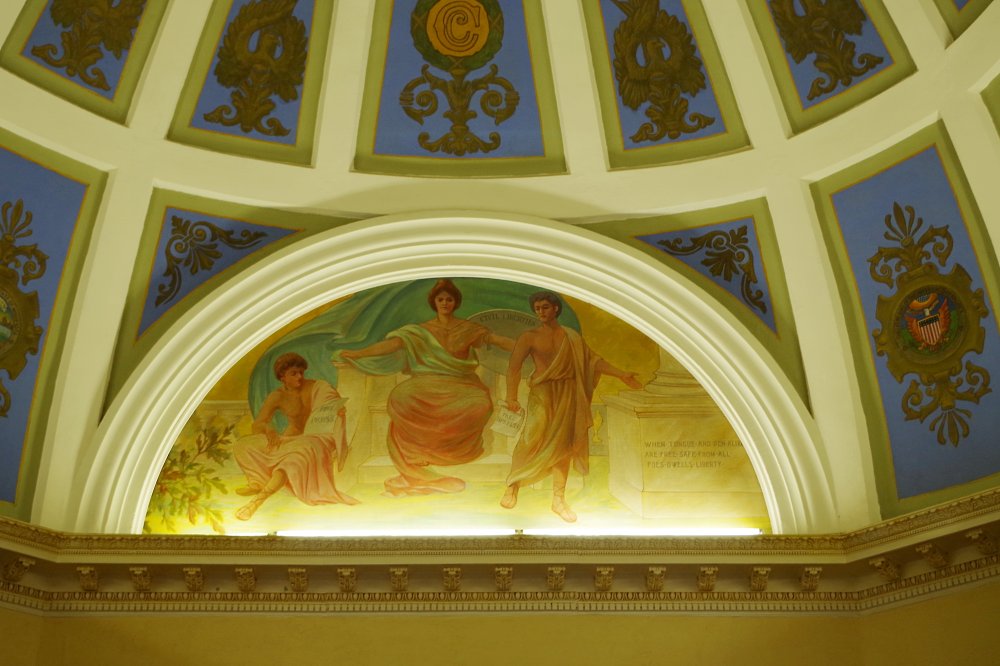 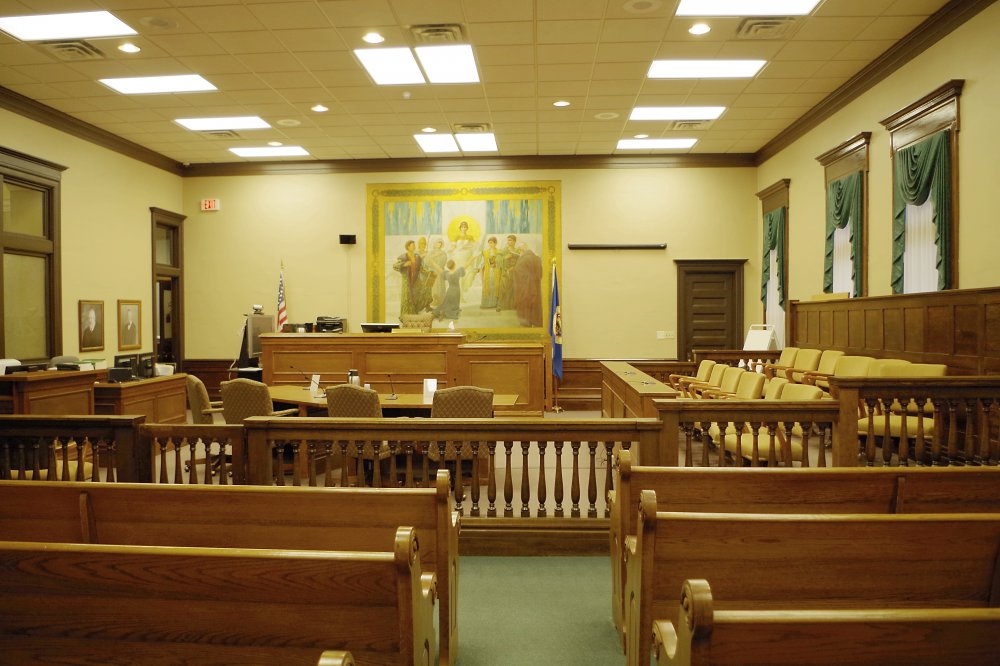 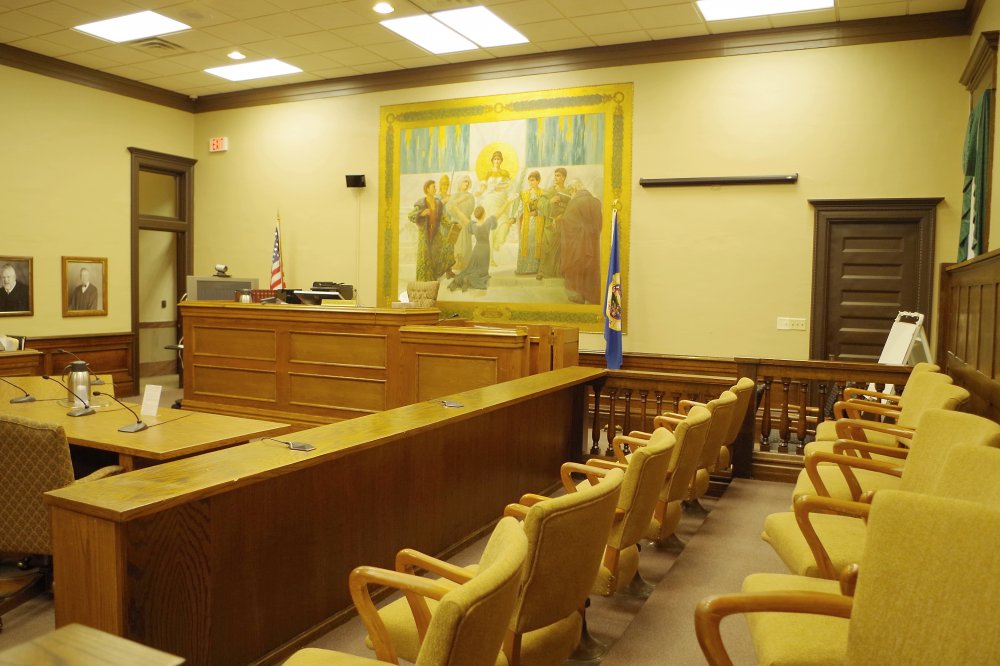 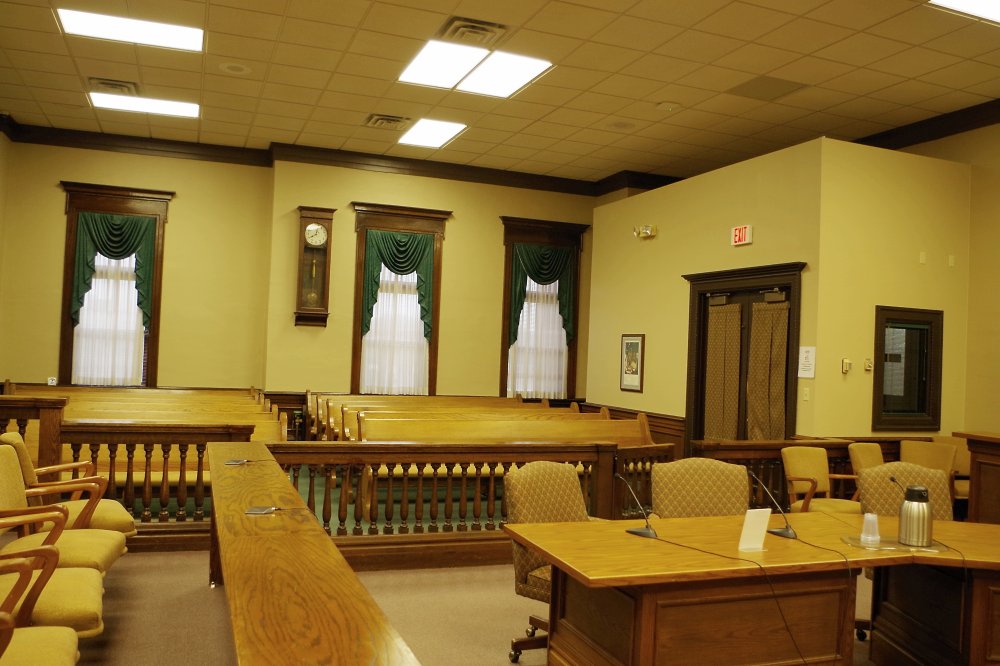 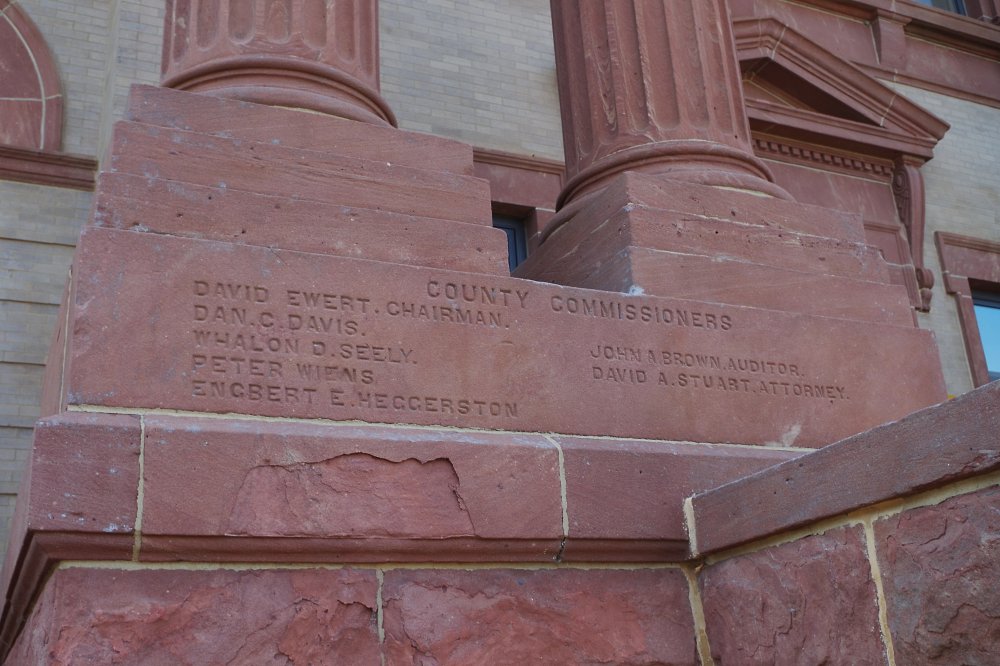