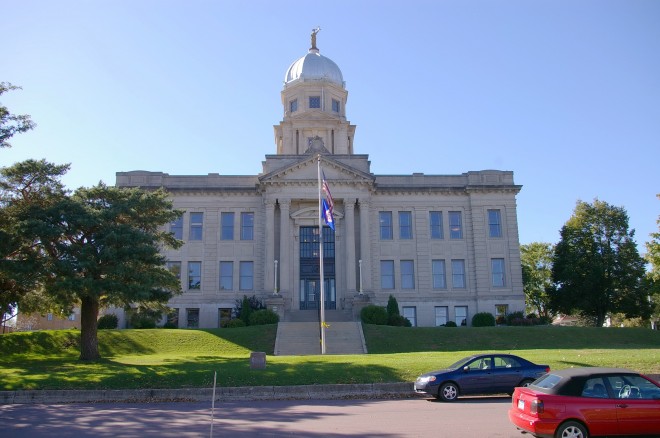 Jackson County is named for Henry Jackson, who was the first merchant in Saint Paul and a member of the first territorial legislature.

Architect:  Buechner and Orth of Minneapolis

Description:  The building faces east and is a three story gray colored Bedford limestone and concrete structure. The building is located on spacious sloped landscaped grounds in the center of Jackson. The high segmented dome is topped by a cast-metal statue of Justice. On the east front, monumental stone columns rise to a pediment. The symmetrical pavilions reflect the classicism of civic buildings at that time. The building is 80 feet by 120 feet. In the interior is a central octagonal atrium with murals. There is a stained glass ceiling at the top of the dome. Other decorations include marbleized plaster walls, and terrazzo floors. The interior of the dome and second floor courtroom are decorated by a significant number of murals. Four panels in the dome depict development of the county in allegorical terms; for example, construction and engineering is depicted by toga-clad figures in a classic setting. Liberty, Equality, and Justice in the form of three women guard the judge’s bench and 14 other figures appear in a band around the top of the courtroom. The building houses the County District Court of the 5th Judicial District.

Note:  The interior decoration of the courthouse was undertaken by Odin J Oyen of La Crosse. (Oyen is also credited with direction of the mural work at the courthouse in  Cottonwood County executed four years earlier.) The murals are noteworthy for a subliminal humor in the execution of various figures and subjects. Several of the figures have either four or six toes. Most noticeable, however, is the incongruity of time frame in the dome mural depicting the arts and sciences of engineering and architecture: toga clad figures work in the foreground amidst classic columns while in the background, a faint railroad track passes a sod-buster’s cabin.

History:  The county was created in 1857 and Jackson was selected as the county seat. The first courthouse was designed and built by T L Twilford of Spirit Lake in 1871 to 1873. The second and present courthouse was constructed at a cost of $117,435. 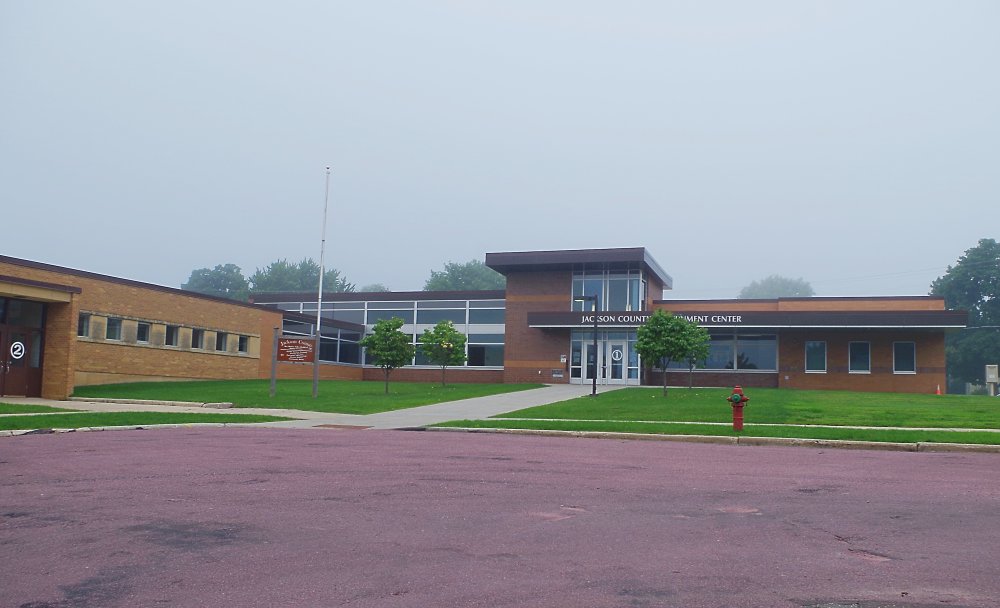 Description:  The building faces east and is a two story red colored brick and concrete structure. The building is located on spacious landscaped grounds in the center of Jackson on the southwest side of the courthouse. The east front has a two story central section with sloped roof. The building has large glass windows. The roof line is flat. 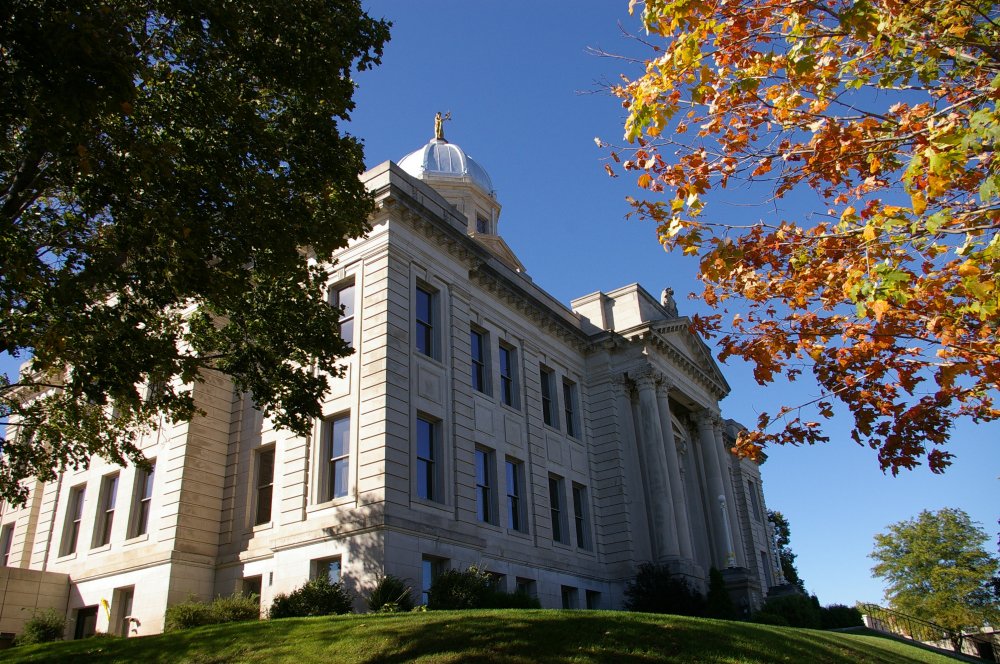 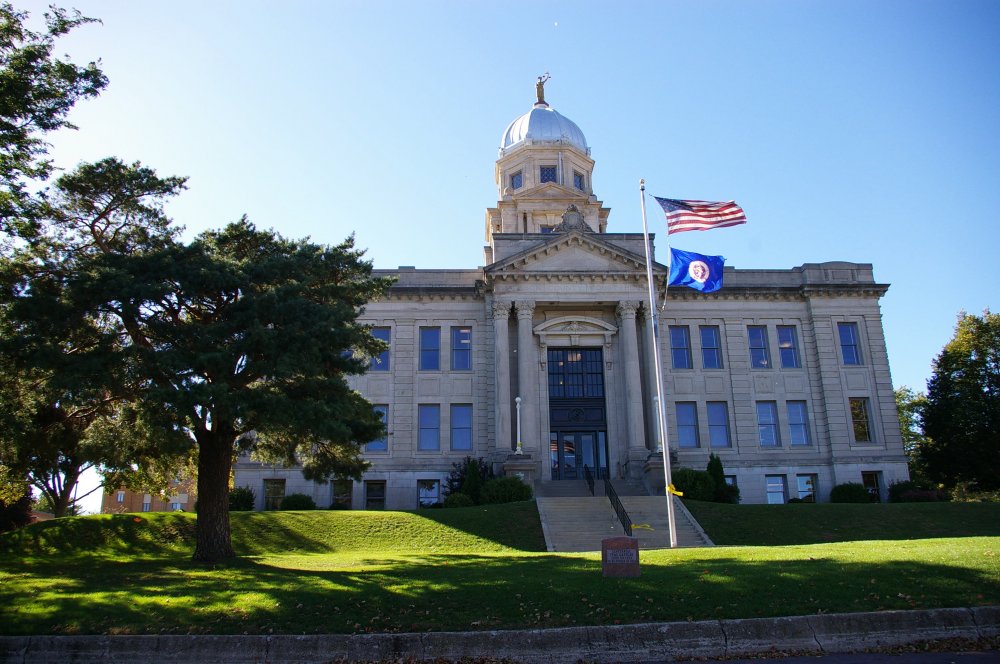 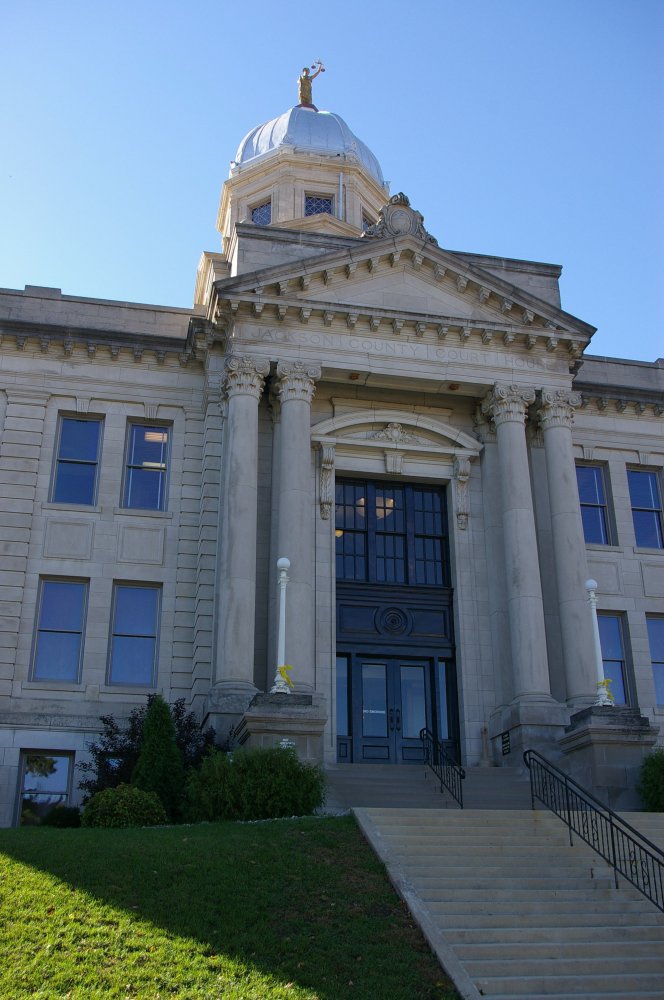 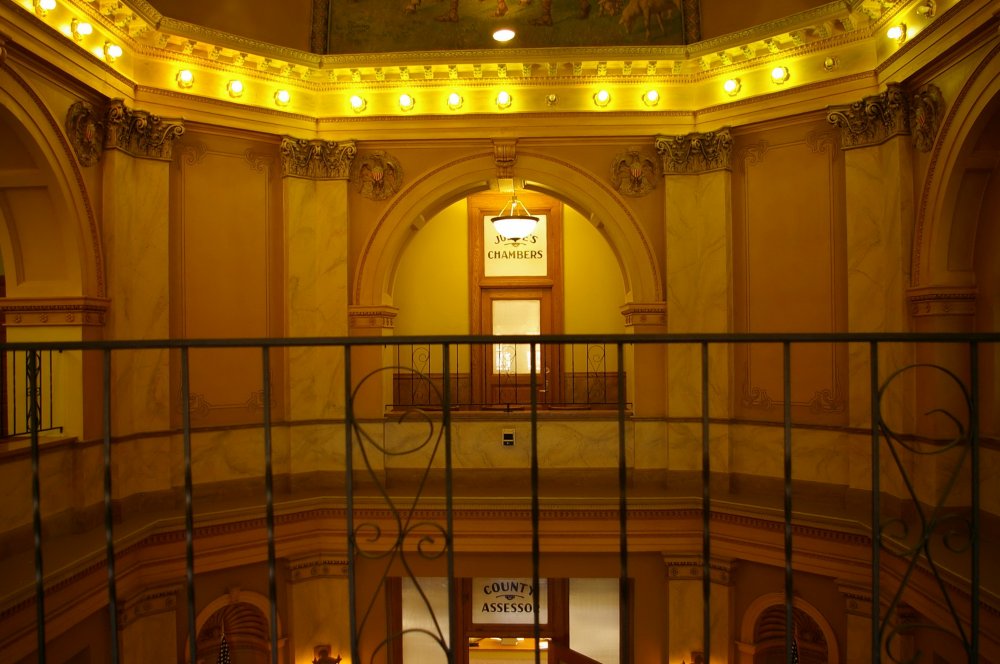 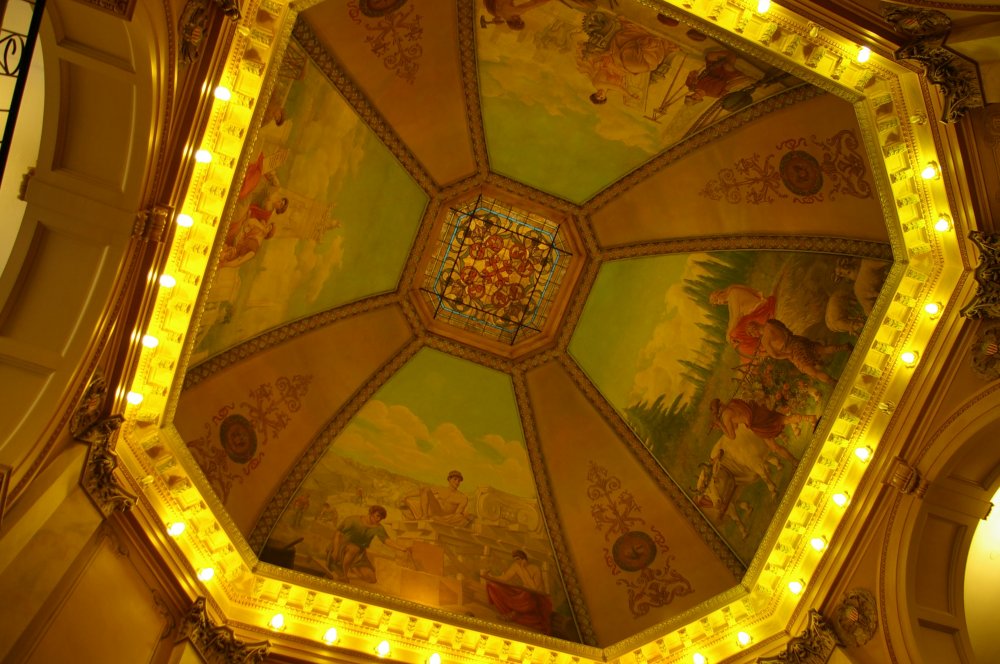 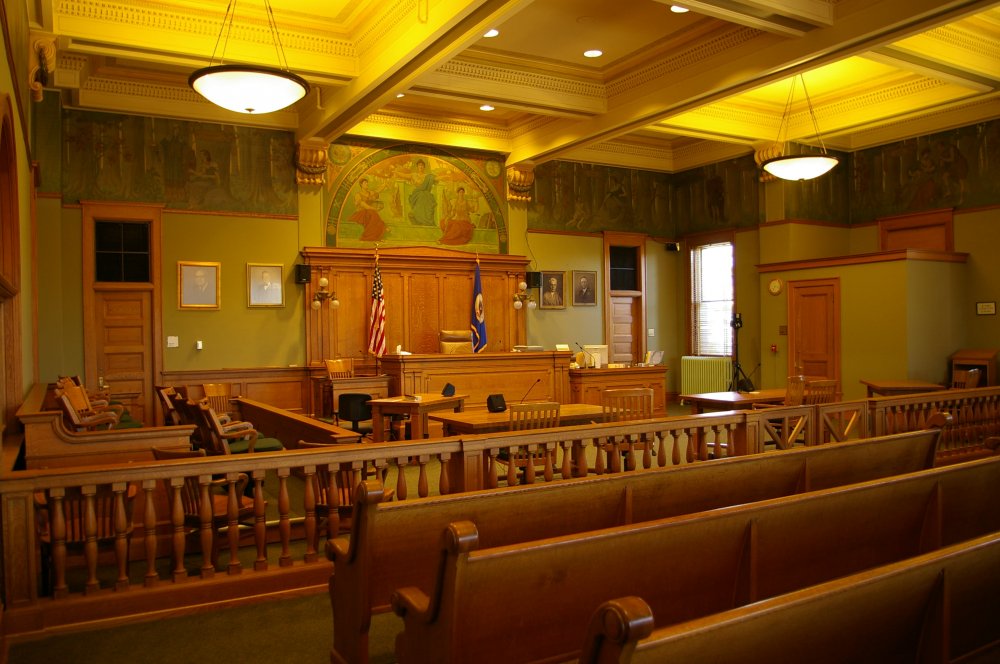 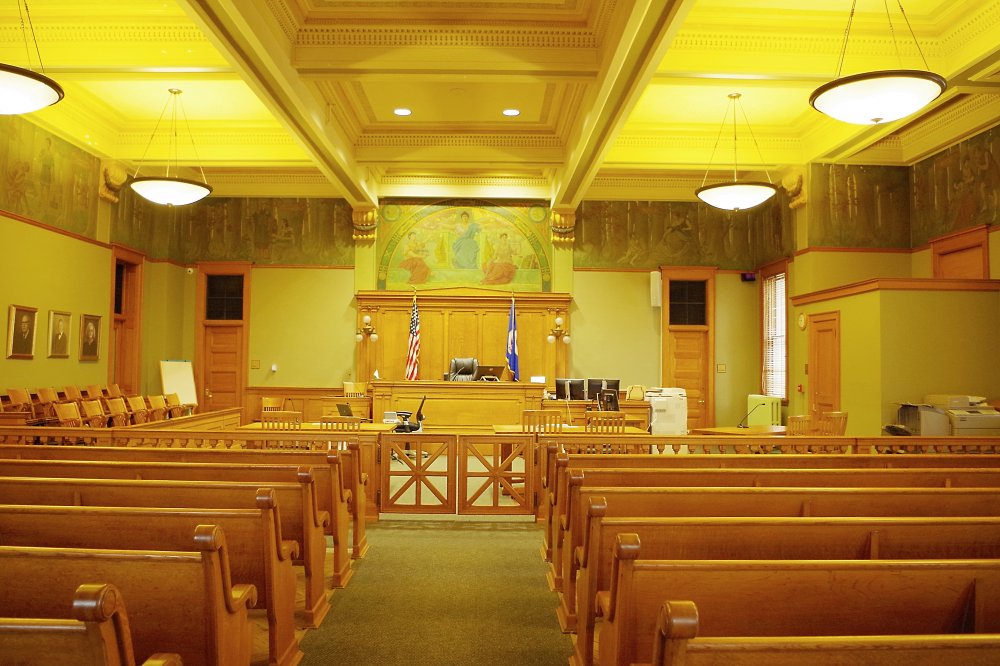 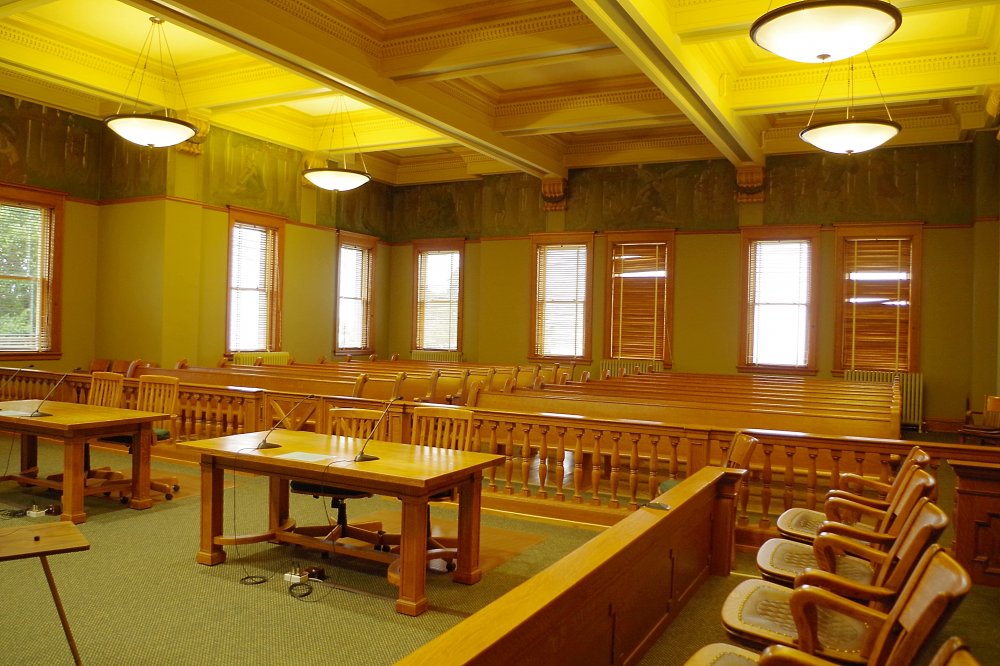 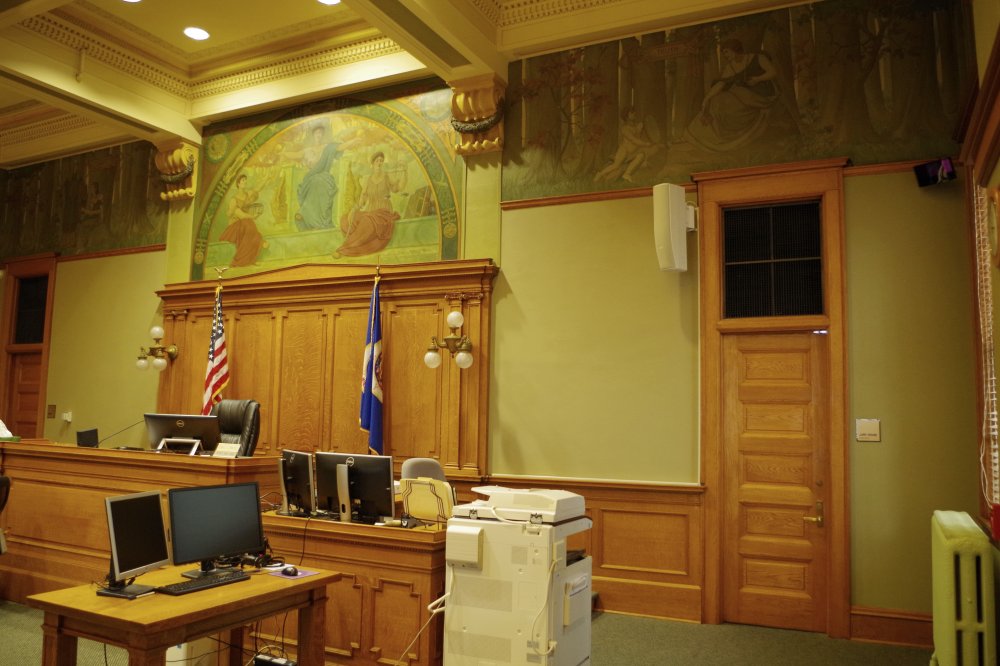 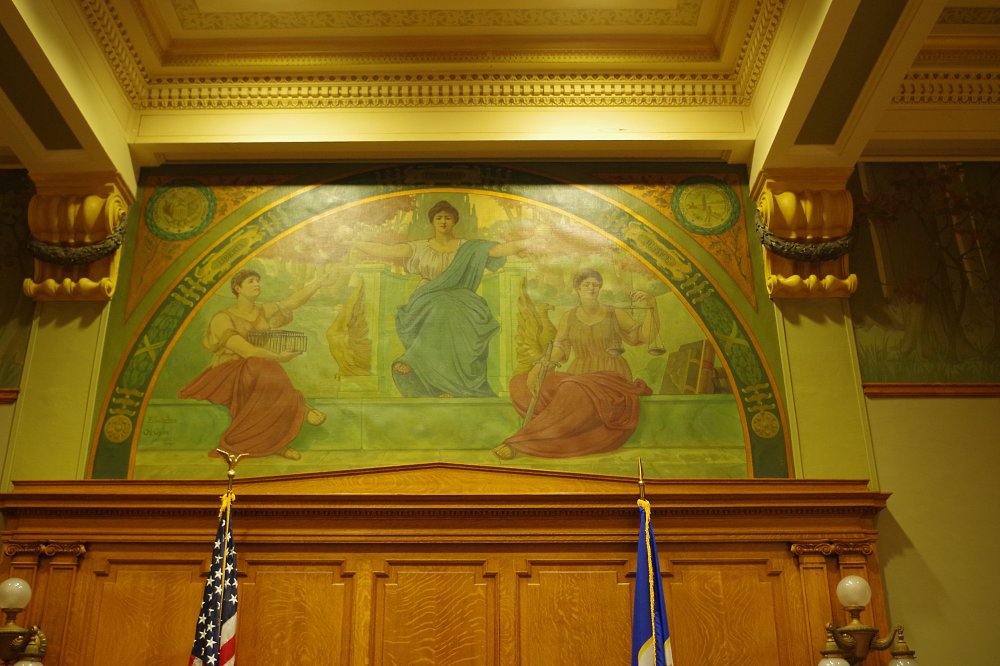