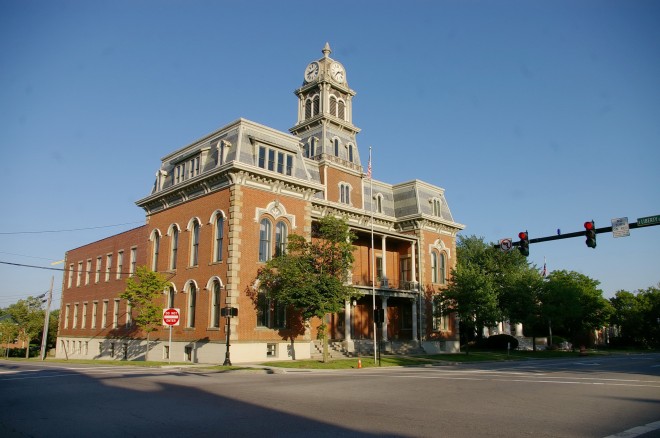 Medina County is named for the capital of the Al Madinah Province in western Saudi Arabia.

Description:  The building faces west and is a three story red colored brick, stone and wood structure. The building is located on landscaped grounds in the center of Medina to the north of the courthouse. The west front has a wide porch with projecting rectangular towers on either side. The towers have mansard roofs. Above the porch rises a square clock tower with dome at the top. The building was remodeled in 1873. The architect was Truman Dudley Allen of Minneapolis, Minnesota. Additions to the building were made in 1906, 1933 and 1951. The building was renovated in 2014. 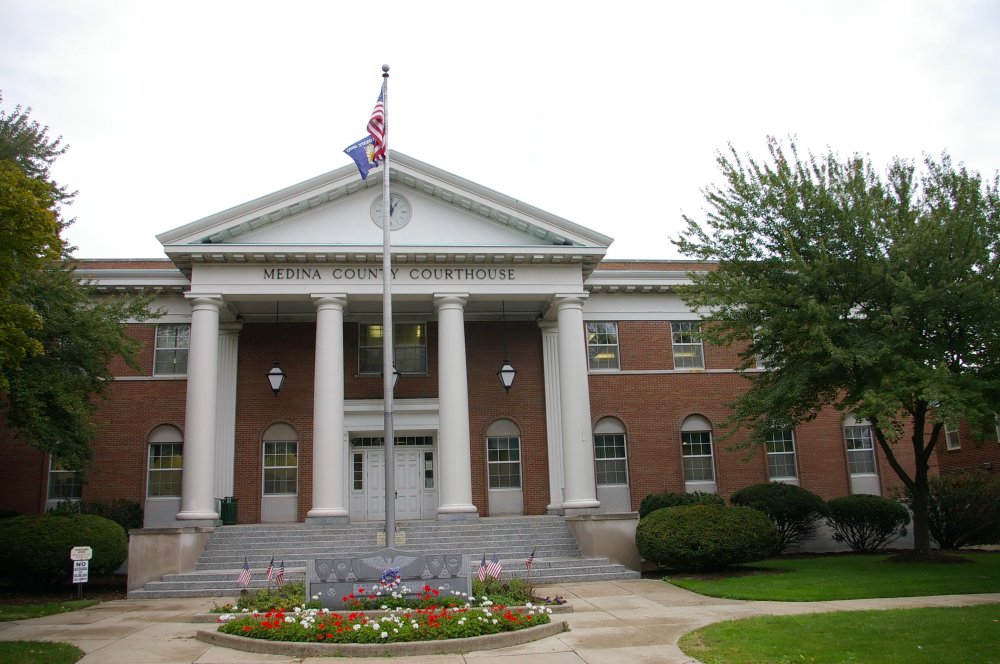 Description:  The building faces west and is a two story buff colored brick and concrete structure. The building is located on landscaped grounds in the center of Medina. The west front has a large portico supported by four white colored columns rising to a wide pediment with clock at the roof line. The recessed door is framed in white colored wood. A wide cornice runs below the flat roof line. The building houses the County Court of Common Pleas – General, Domestic Relations, Juvenile and Probate Divisions. An addition was added in 2011. The architect was Silling Associates, Inc. On the south side of the building is the Prosecutors Office constructed in 1999 to 2000. The architect was Richard L Bower + Associates and the contractor was Lakewest Construction Company. 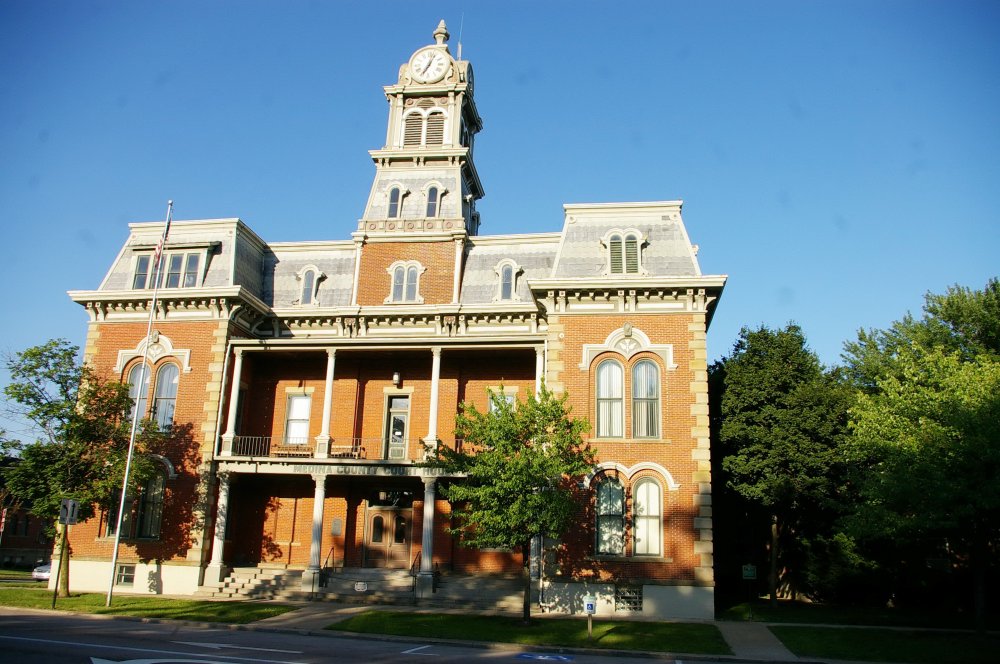 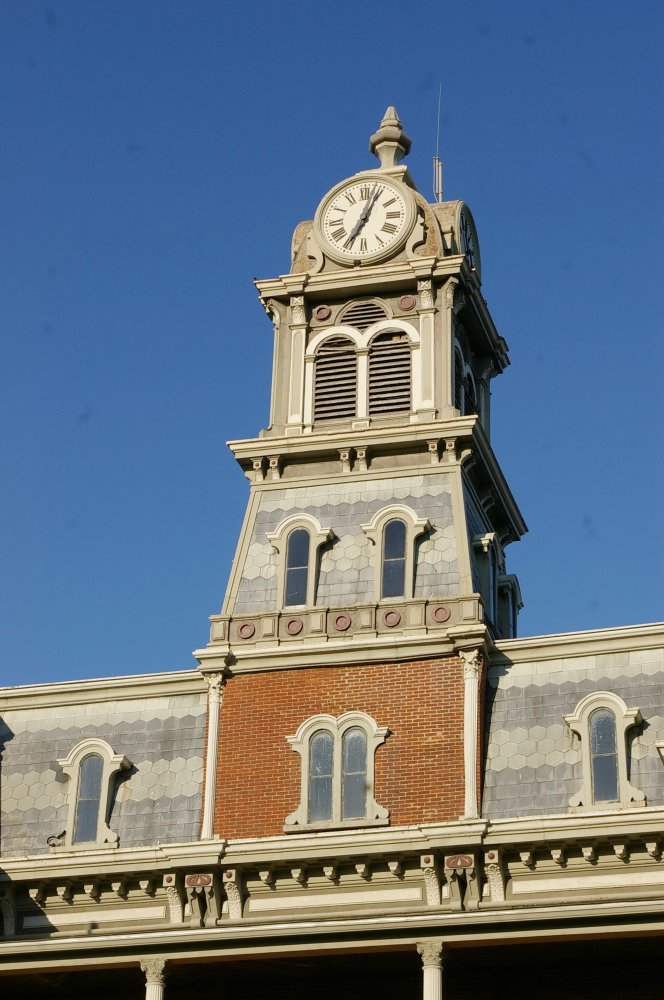 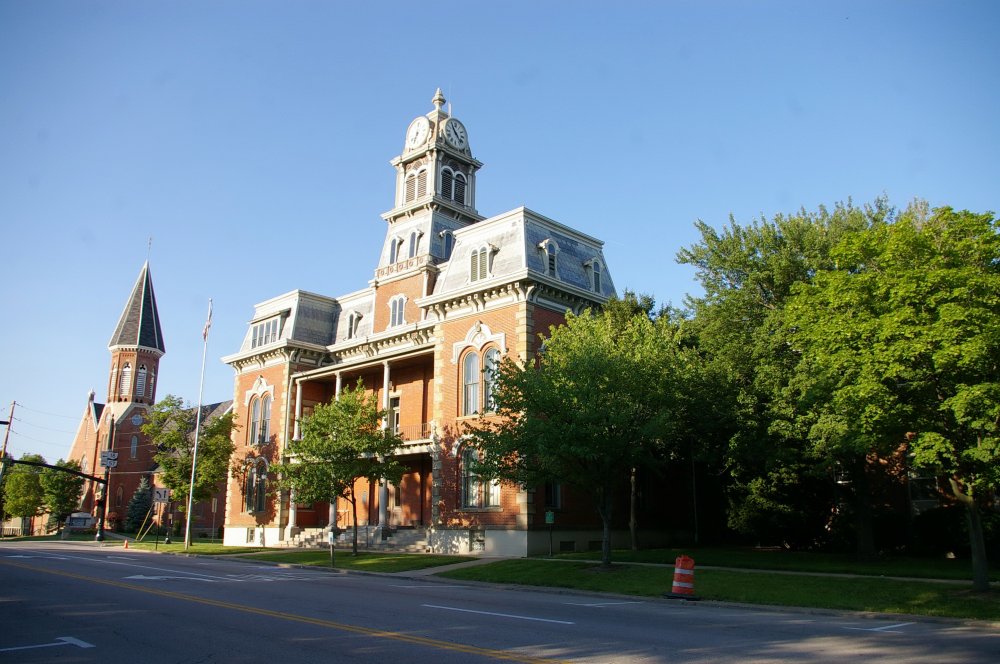 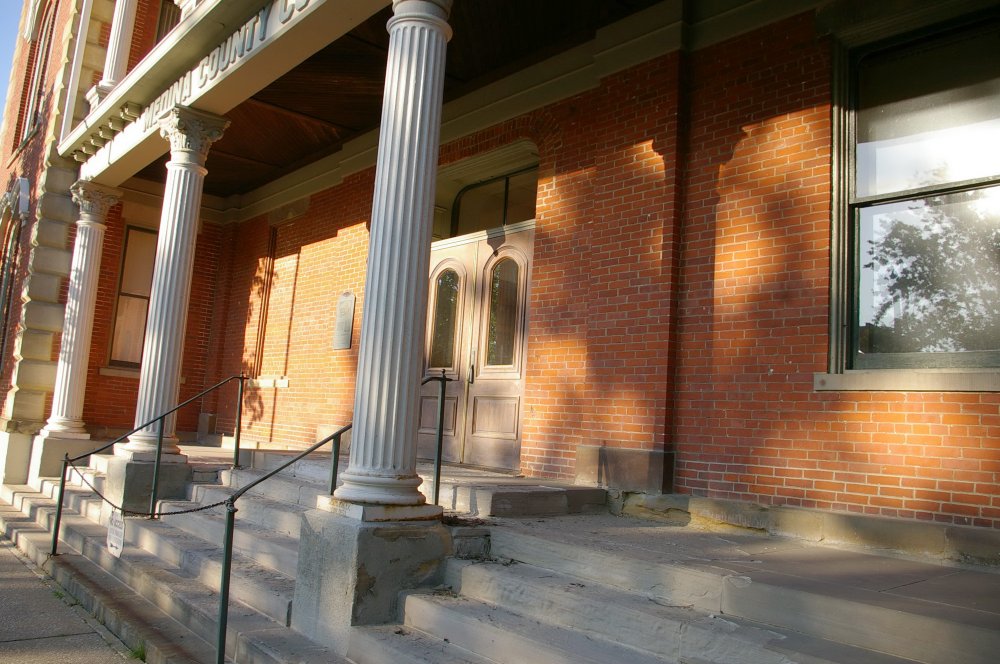 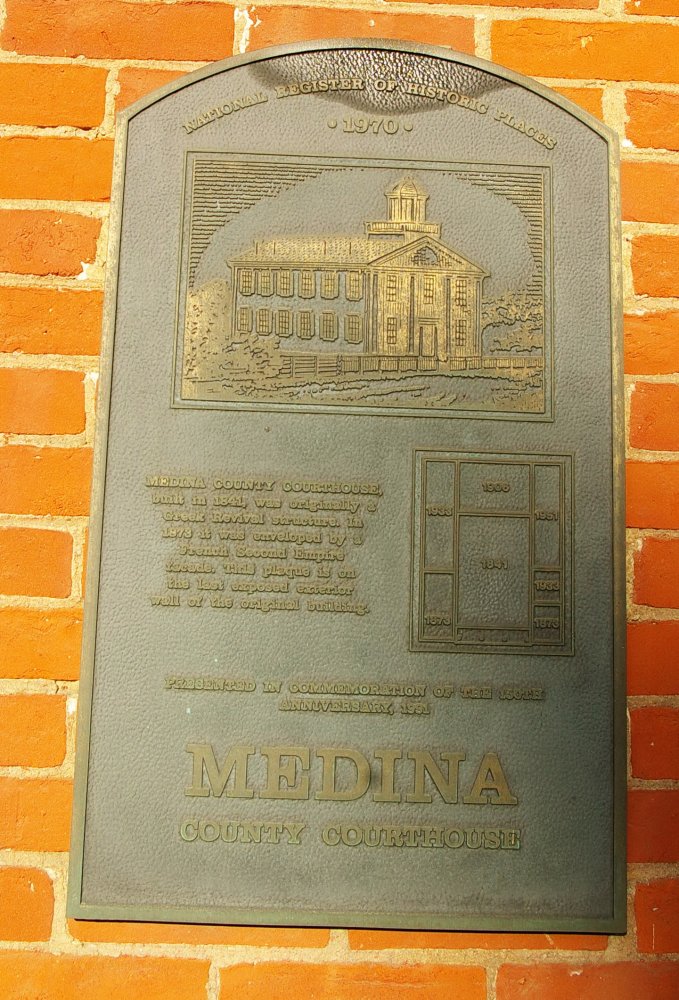 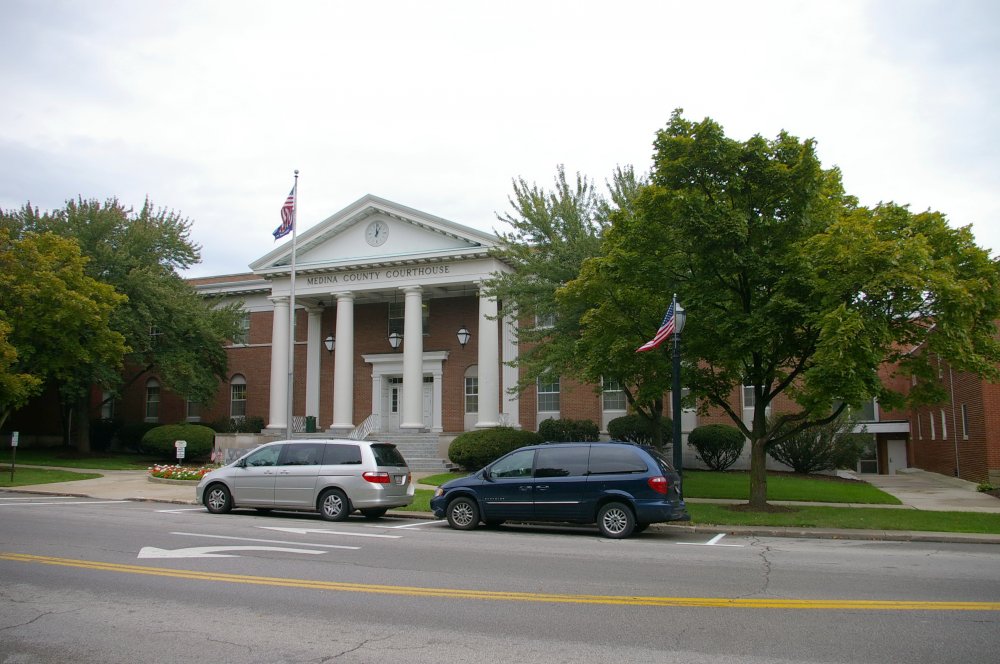 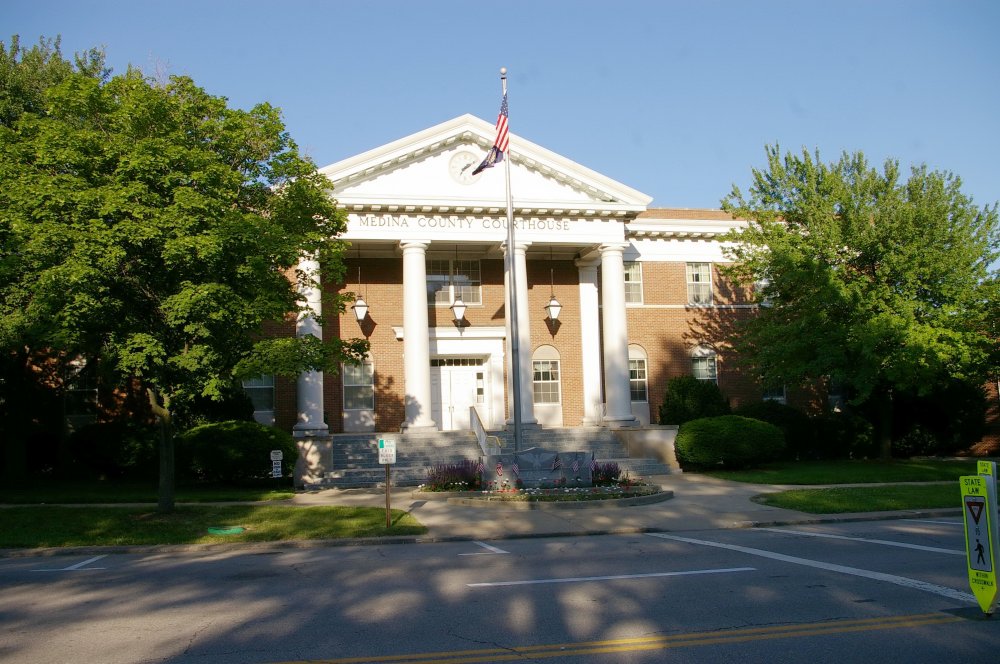 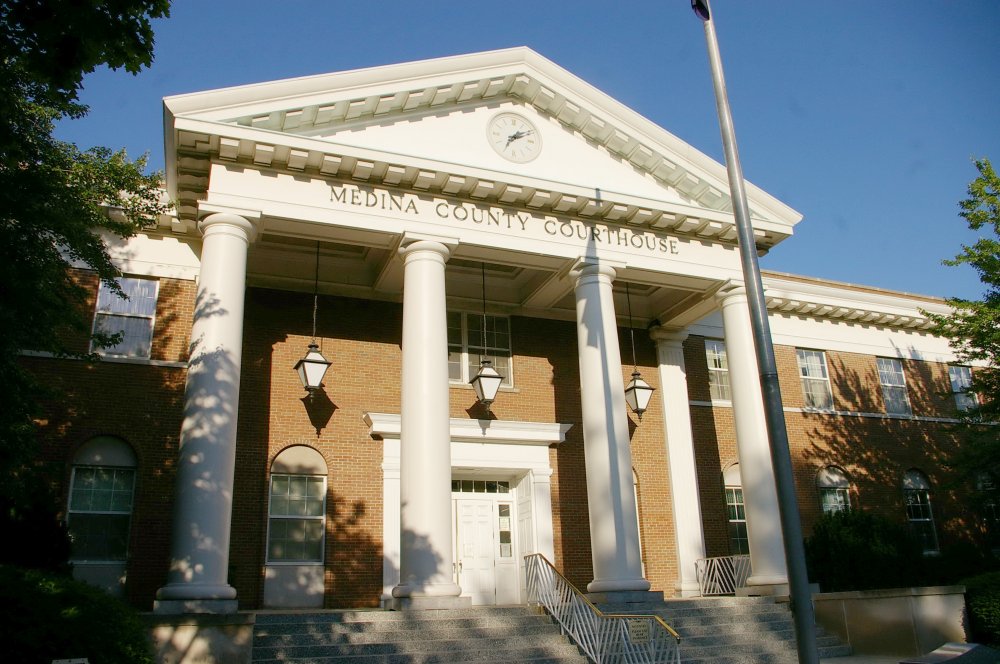 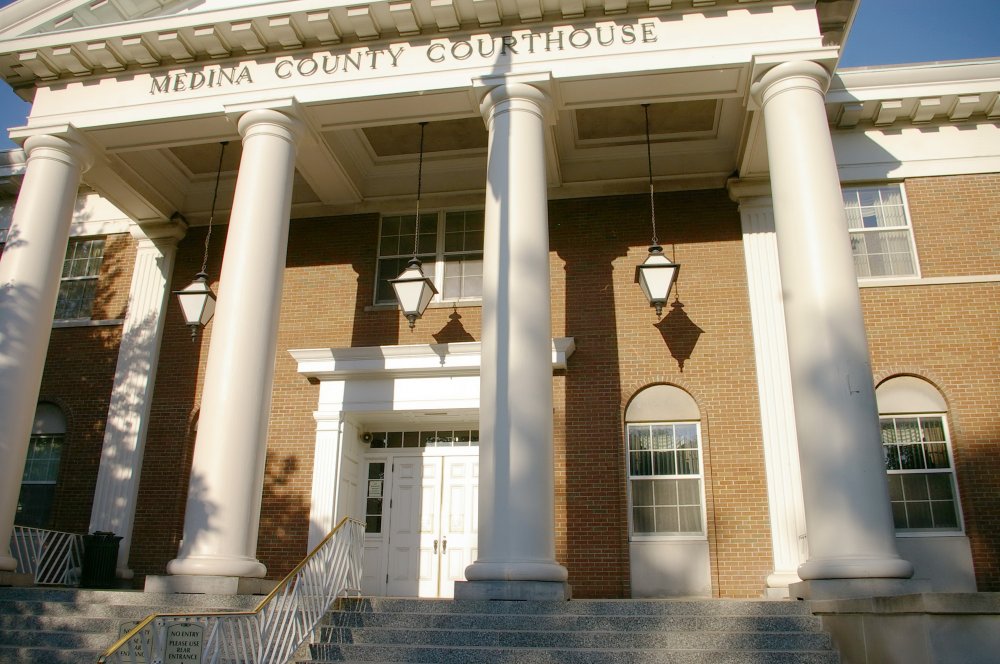 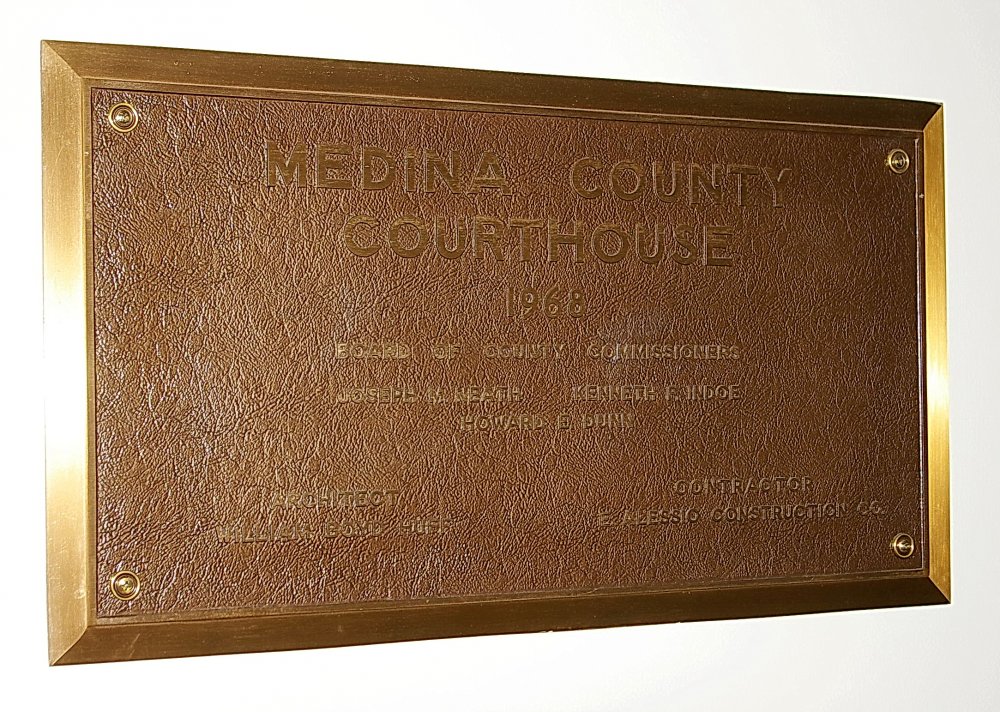 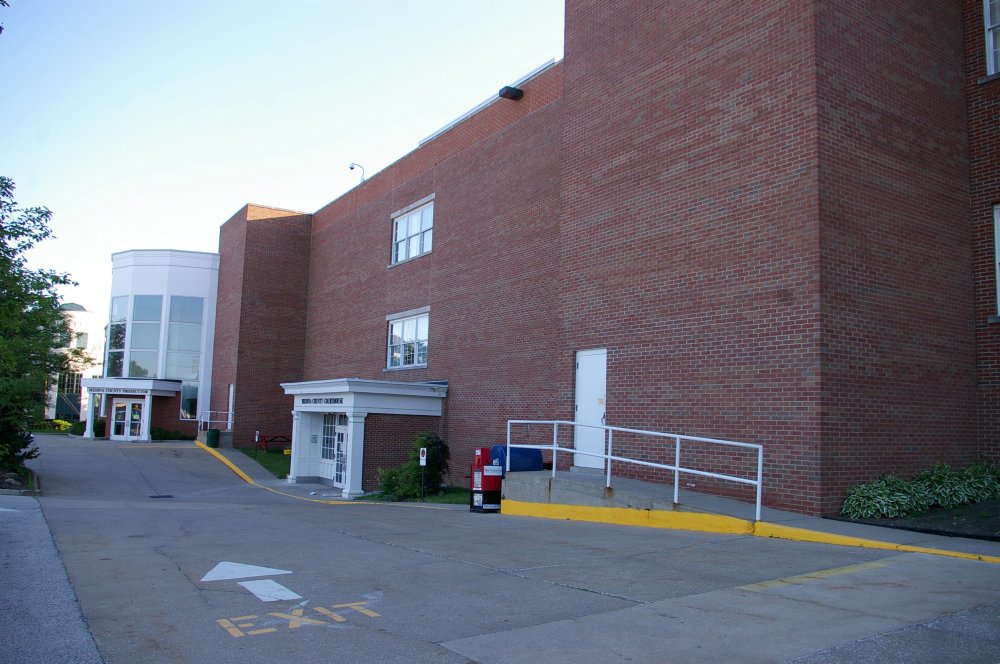 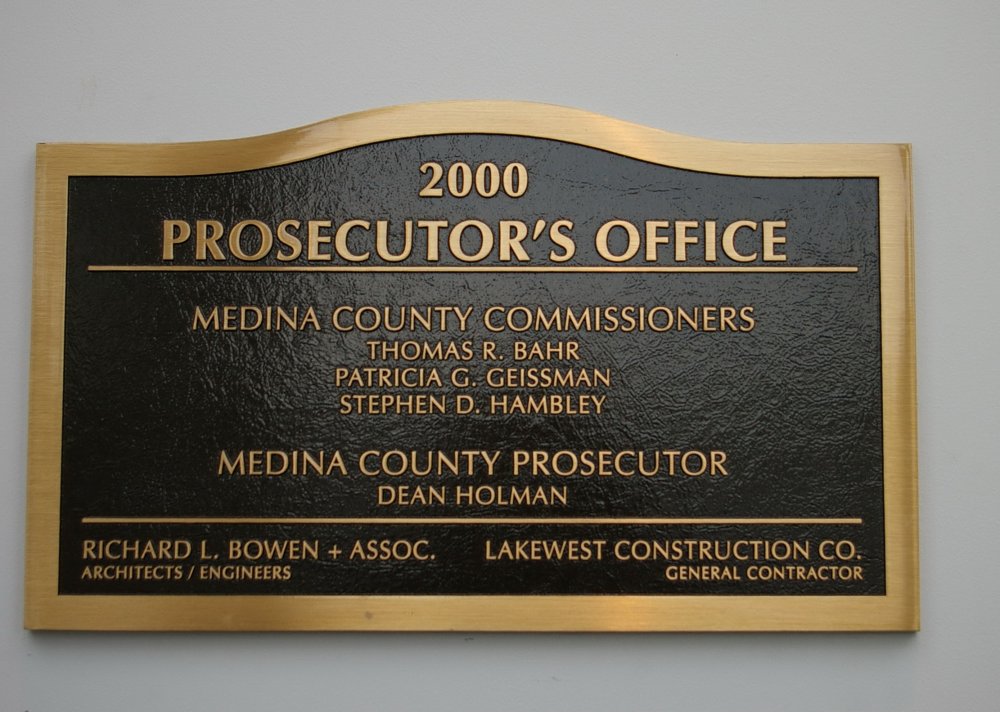