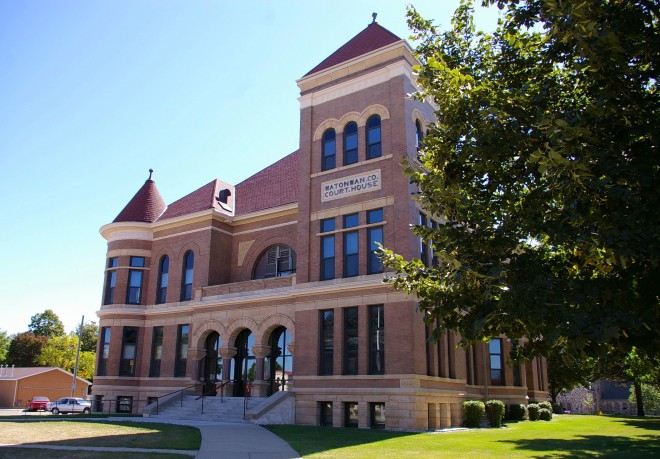 Watonwan County is named for the Watonwan River which name comes from the Dakota word “watanwan” meaning “where fish bait abounds”.

Description:  The building faces north and is a two story red colored brick and Indiana limestone structure. The building is located on landscaped grounds in the center of St. James. The building has asymmetric features, towers and pavilions. Marble pillars at the front support three arches of limestone. The roof is hipped. The interior has fireplaces in some offices, tile floors in the corridors, and red colored oak wainscoting, trim, stairways, counters, and furniture. The hallways are of rust and white polished tile. The second floor courtroom had a recessed dome with large chandelier. The building houses the County District Court of the 5th Judicial District. The building was remodeled in 1950. Additions were added in 1972 and 1981.On the northeast side is the Courthouse Annex. 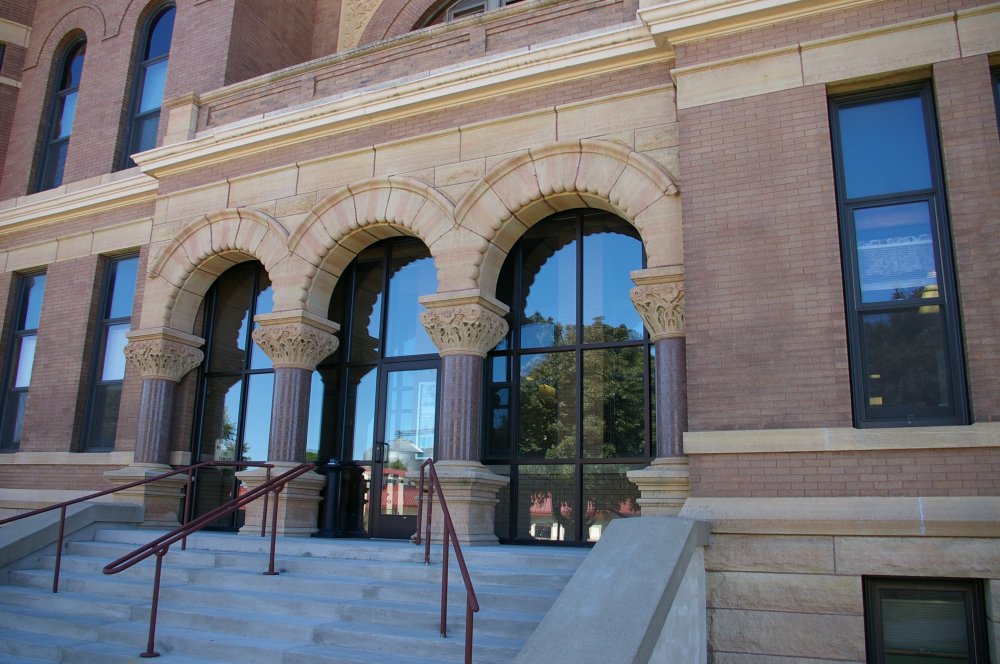 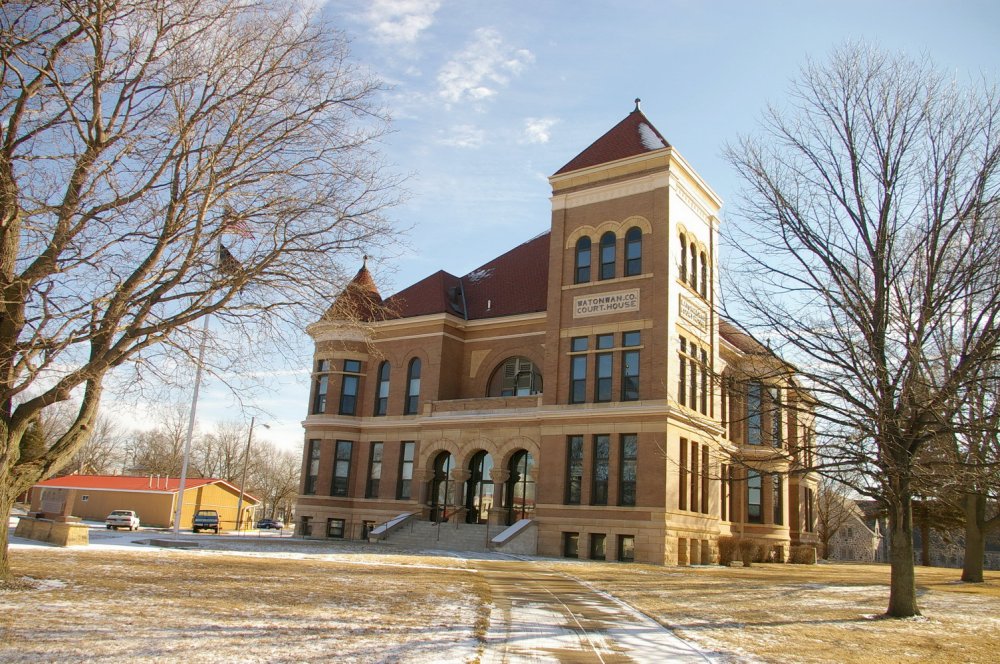 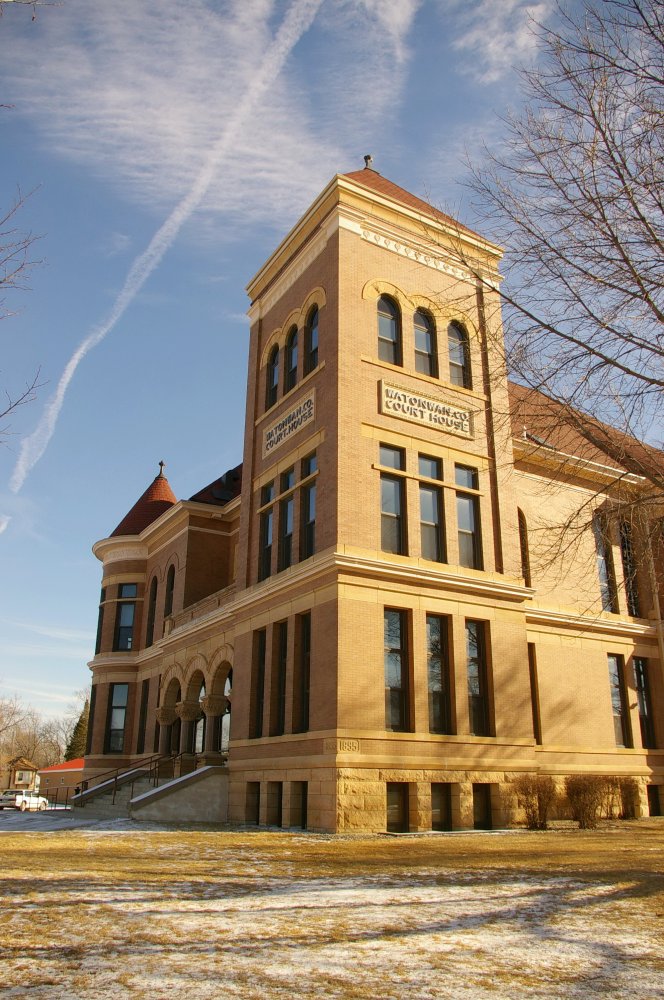 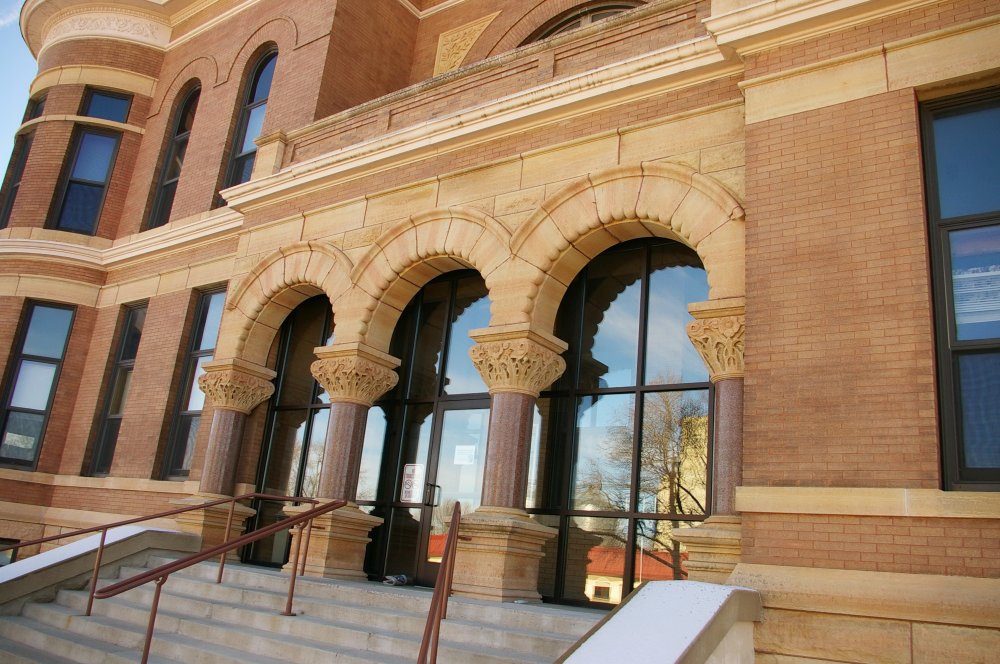 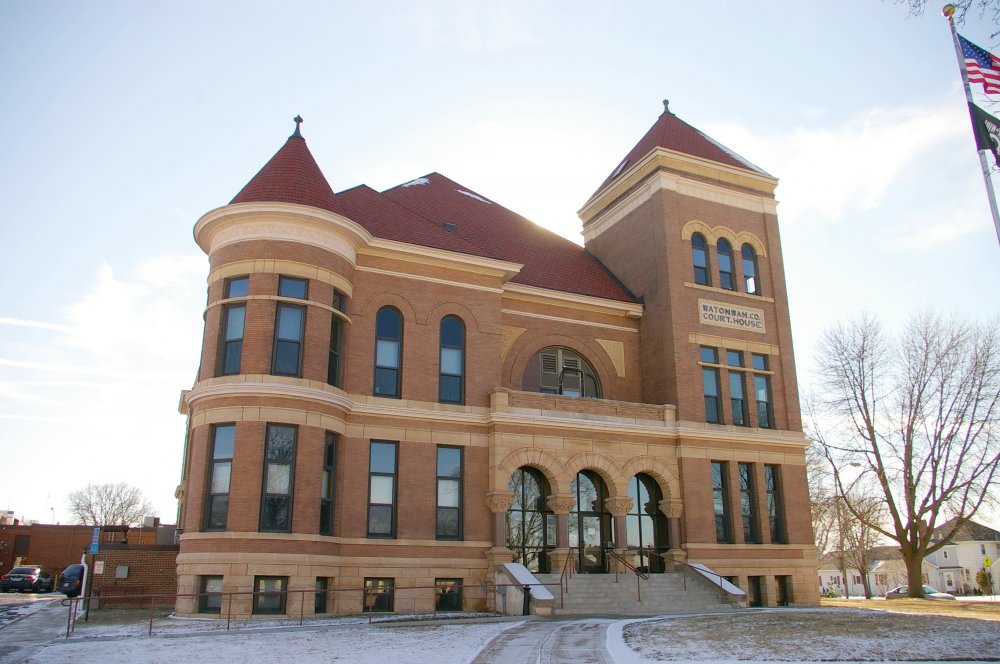 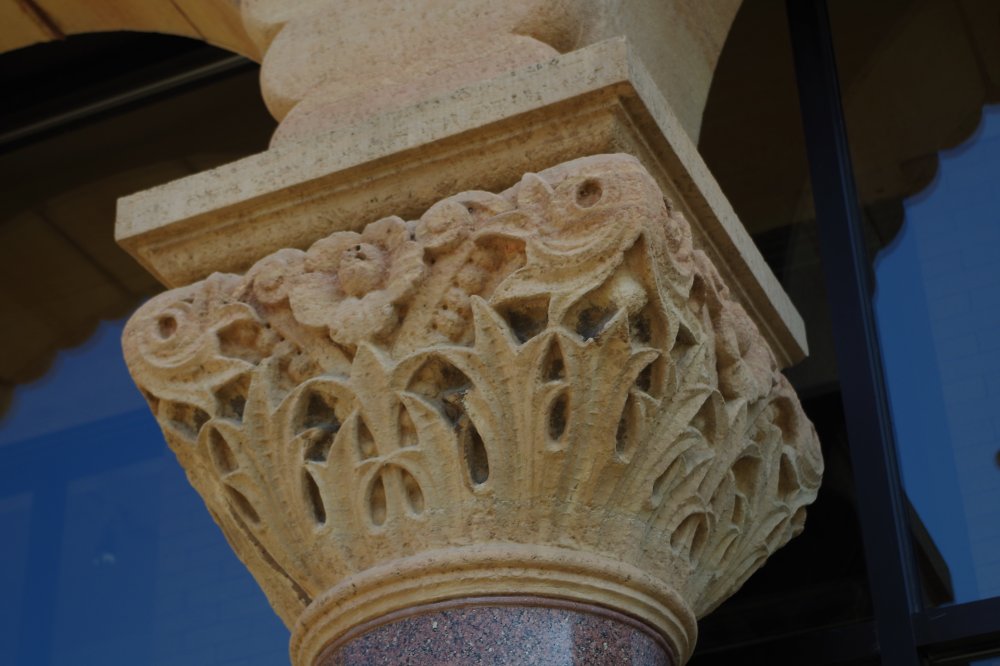 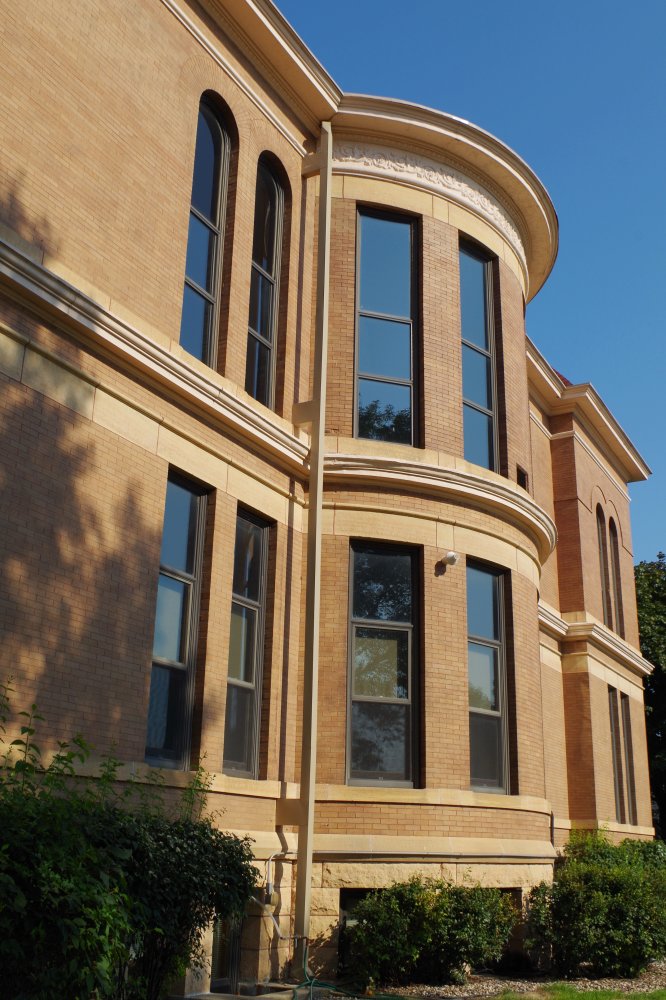 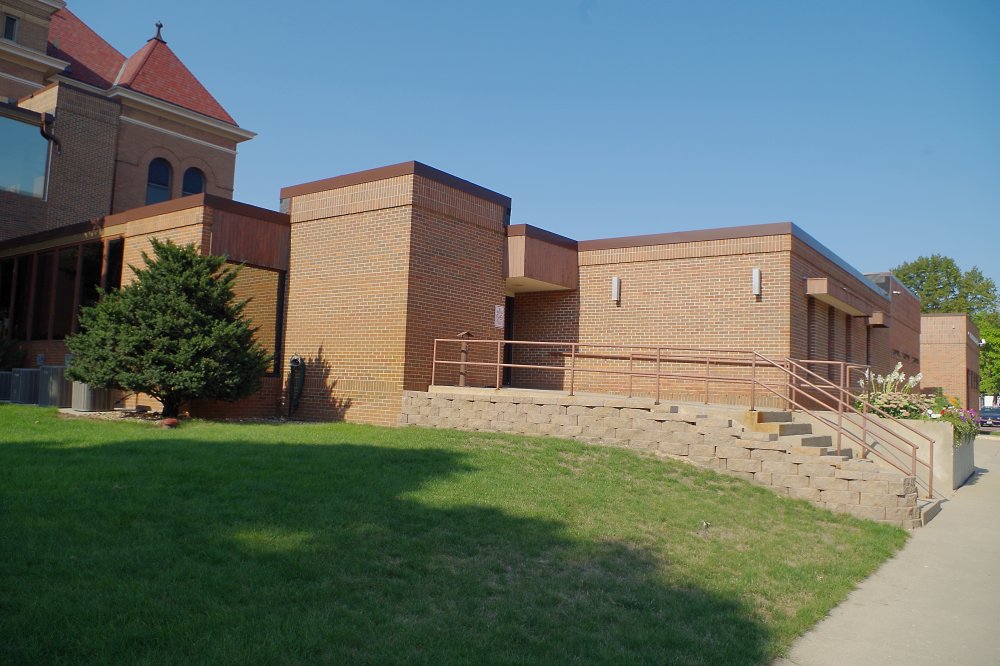 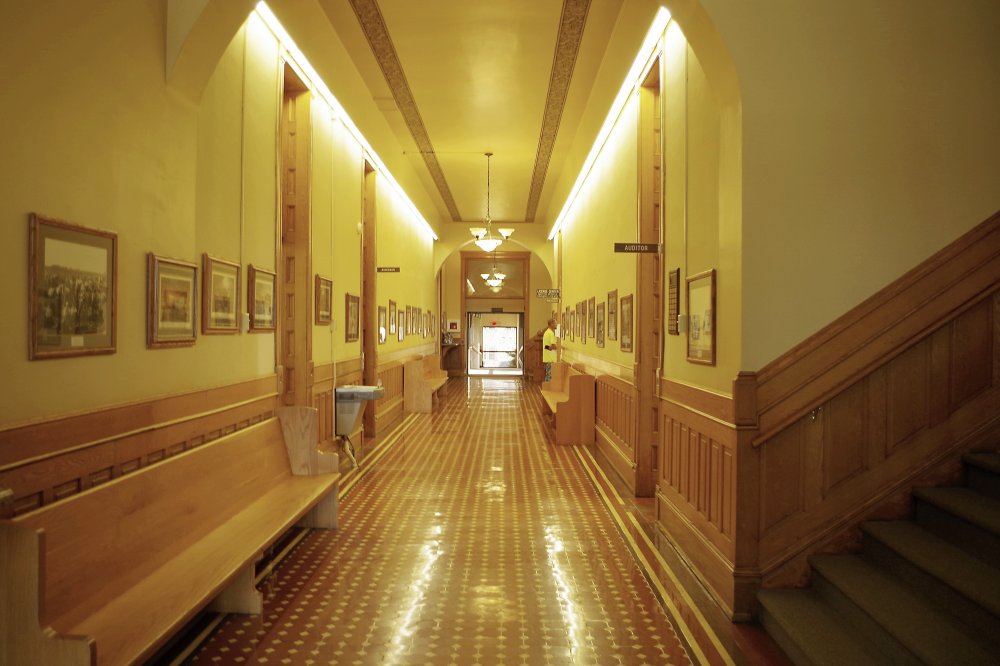 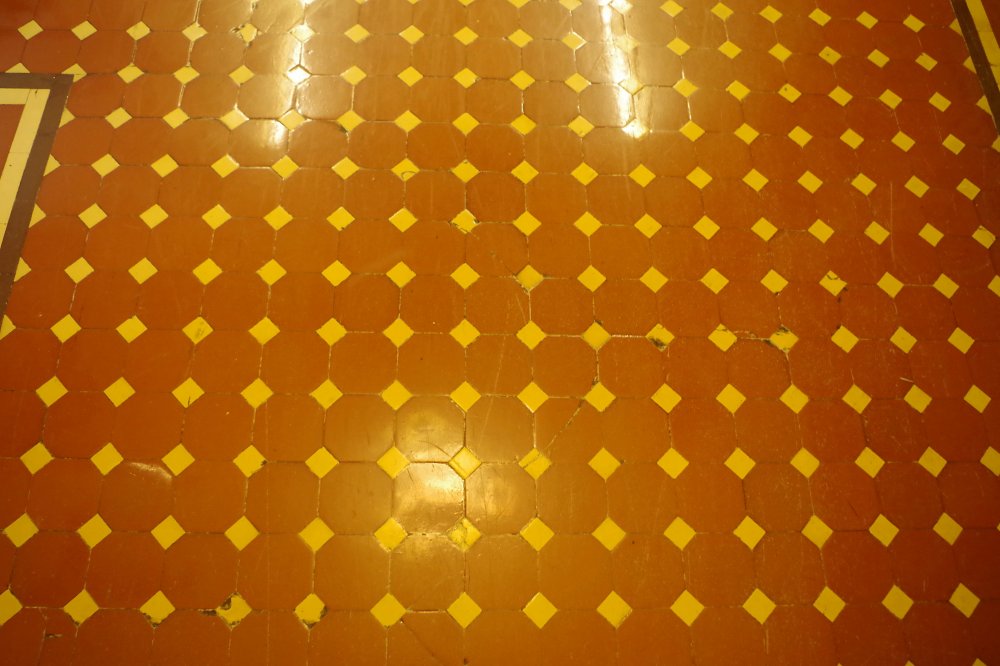 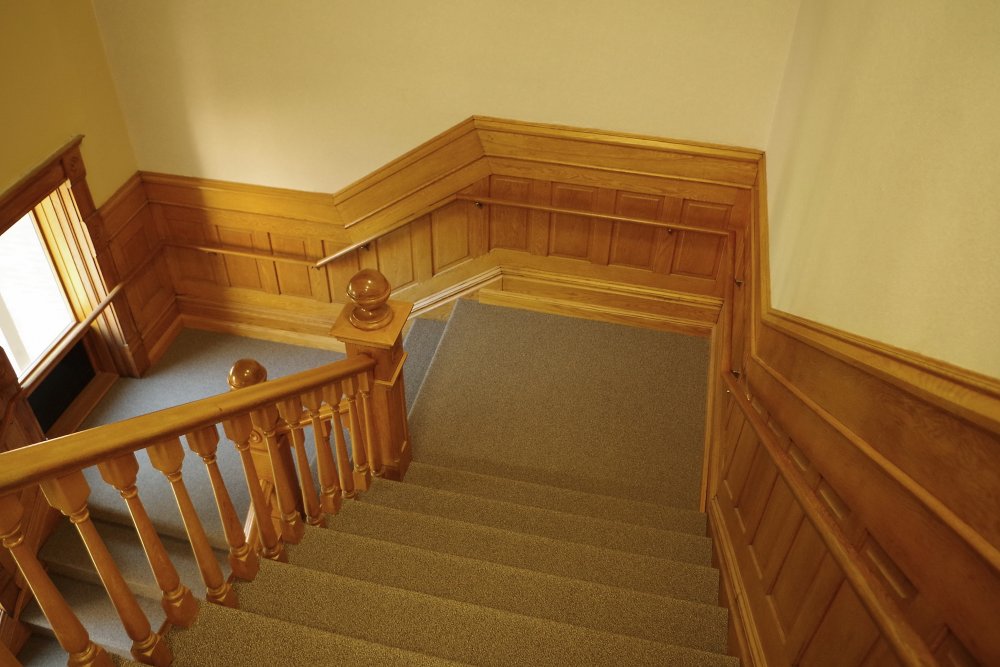 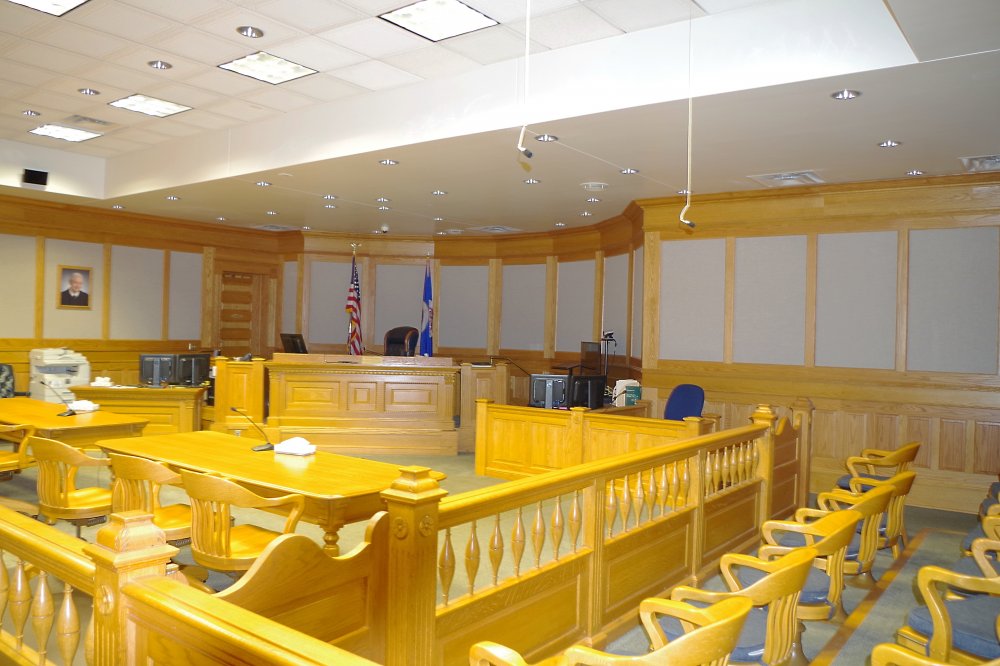 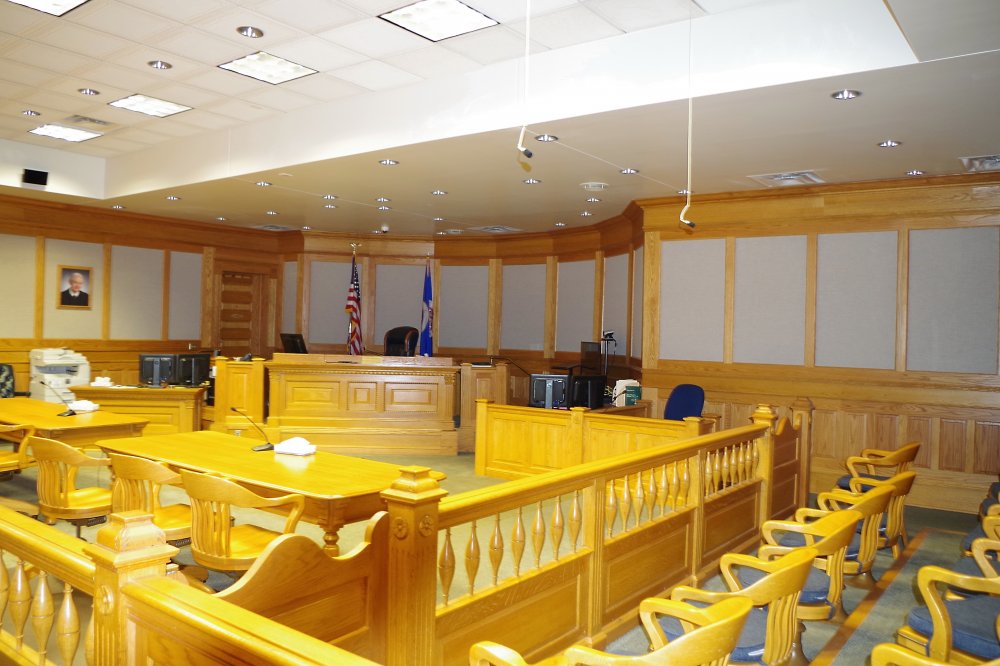