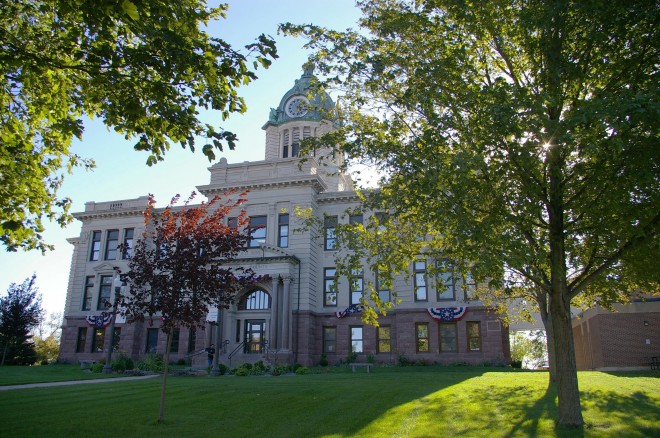 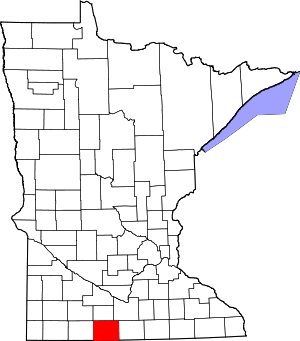 Description:  The building faces east and is a three story stone, brick and concrete structure. The building is located on landscaped grounds on a hill overlooking Lake Sisseton on the west side in the center of Fairmont. Rusticated Marquette rain-drop sandstone in a reddish hue from Michigan, forms the first story. The second and third stories are built with smooth, buff-colored Bedford limestone. On the east front, the main door is flanked by polished double Corinthian columns and topped by a complete entablature with a broken segmental arched pediment. A cornice and balustrade conceal a low-pitched roof. The neo-class detailing carries through to the central metal-domed tower 58 feet above the roofline, with a large clock on each of its four sides. The building is 79 feet by 116 feet. In the interior are murals, metalwork, marble-topped counters and stained glass. The rotunda and corridors on the different floors are large and spacious and are fitted up with settees for the accommodation of the public. The courtroom is located on the third story. The building houses the County District Court of the 5th Judicial District. On the north side is the County Security Building constructed in 1974.

Note:  In the courtroom the mural “Sentence” has Justice as represented standing with the scale in hand. Law is reading in the book and Mercy begs a moderation of the law. The mural “The Execution” depicts the power of the law sitting with the fasces in hand, reading the sentence from the tablet. The executioner is standing in the middle, near the bible on the table, with a sword in his hand, to carry out the sentence of the Court. The prisoner in chains represents the power of the Court. 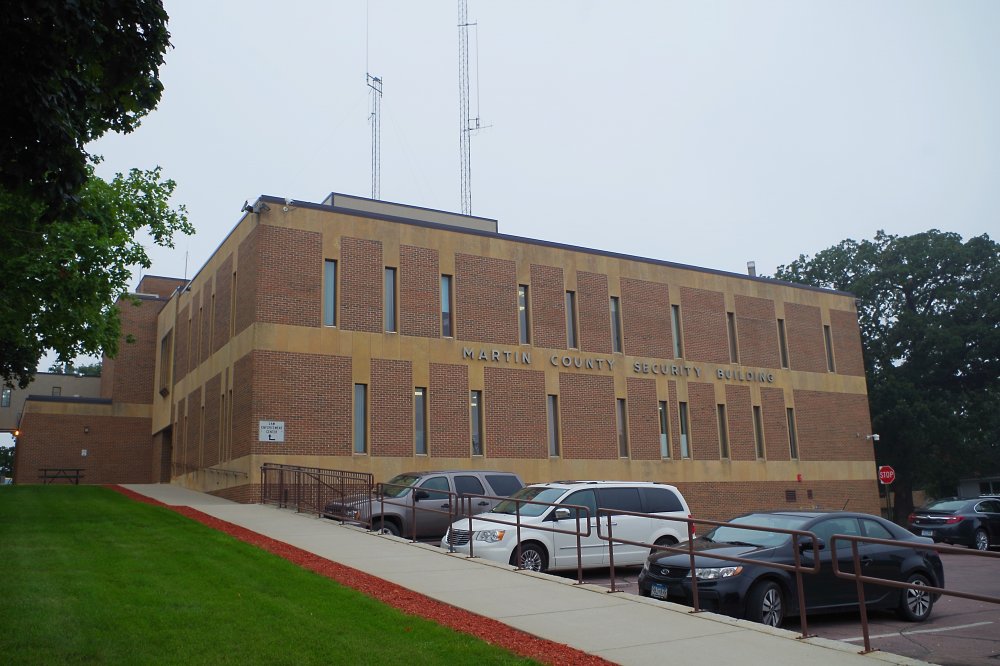 Description:  The building faces east and is a three story red colored brick and concrete structure. The building is located on landscaped grounds in the center of Fairmont on the north side of the courthouse. The building has small vertical windows and light colored brown bands run between the stories. The roof line is flat. 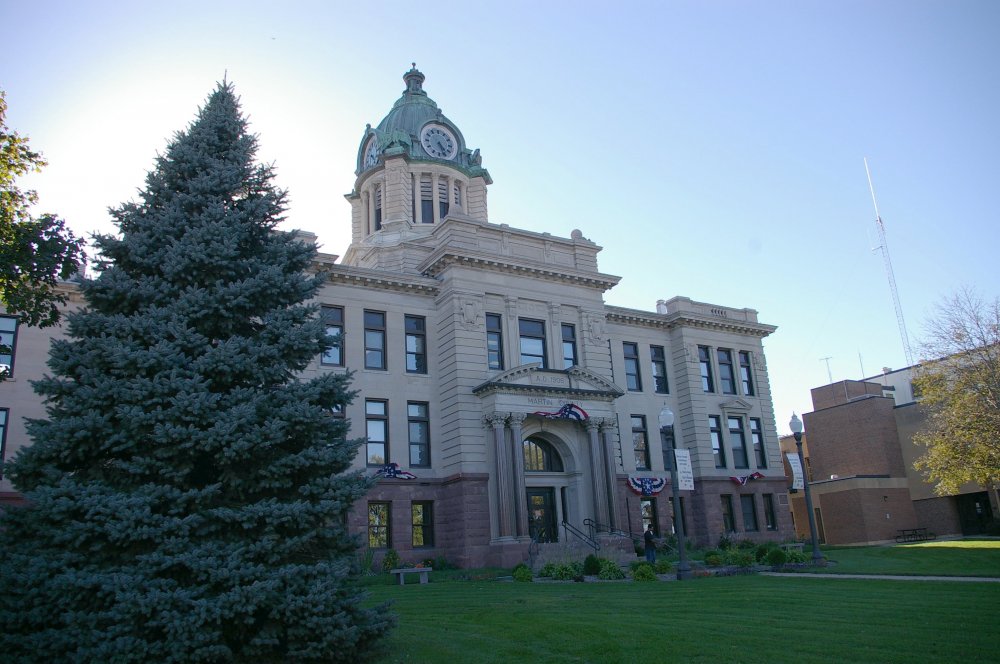 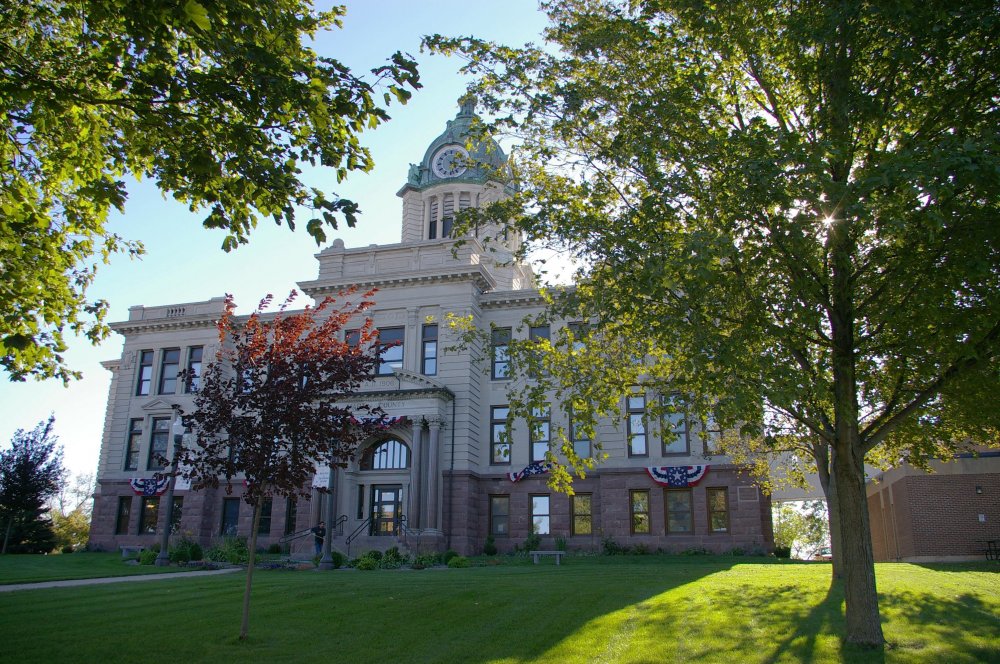 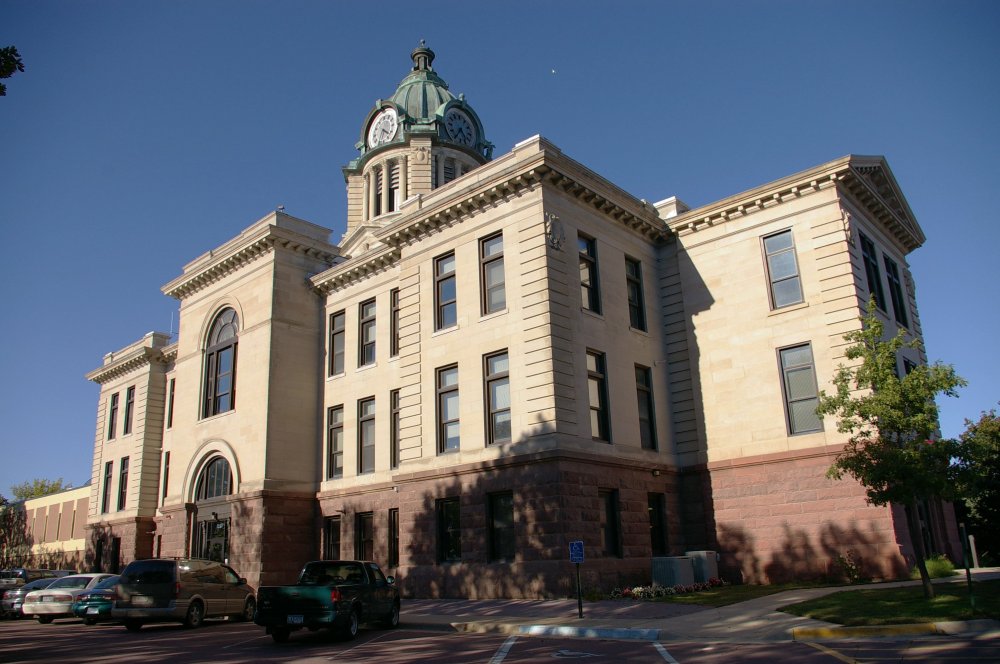 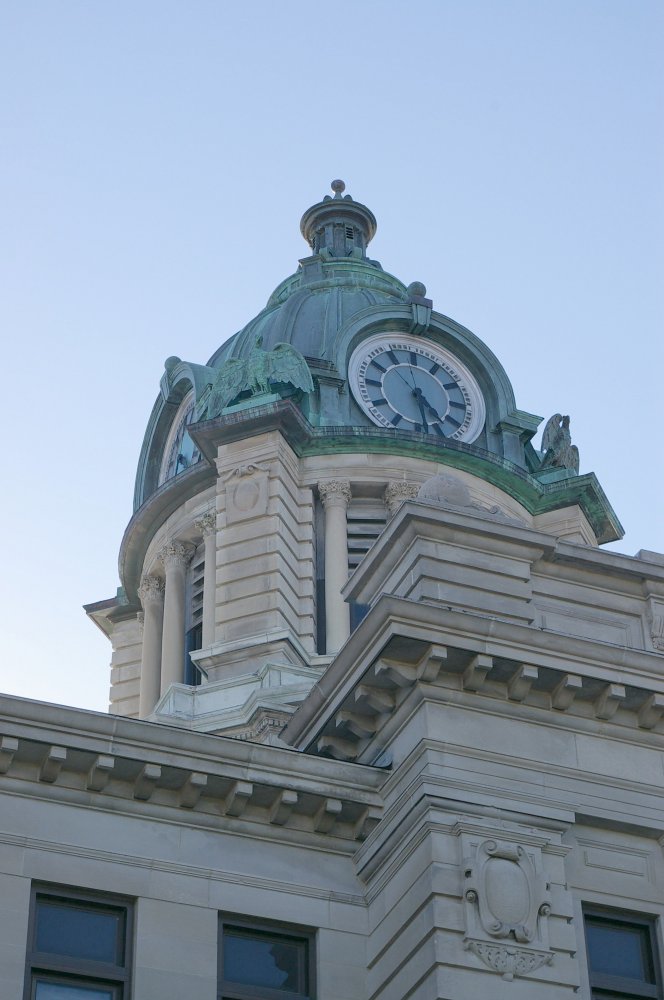 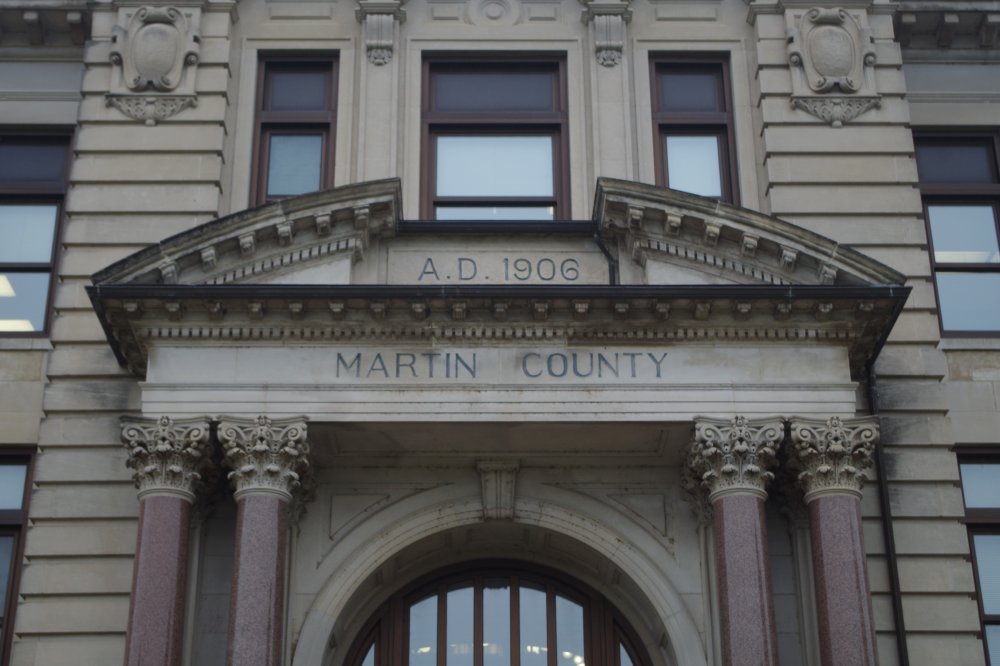 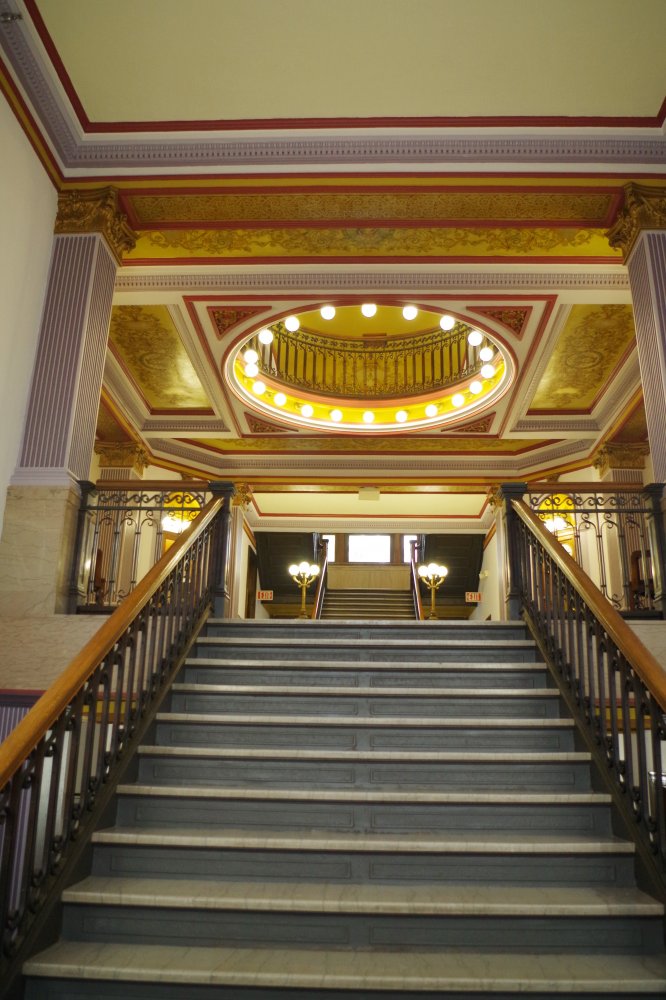 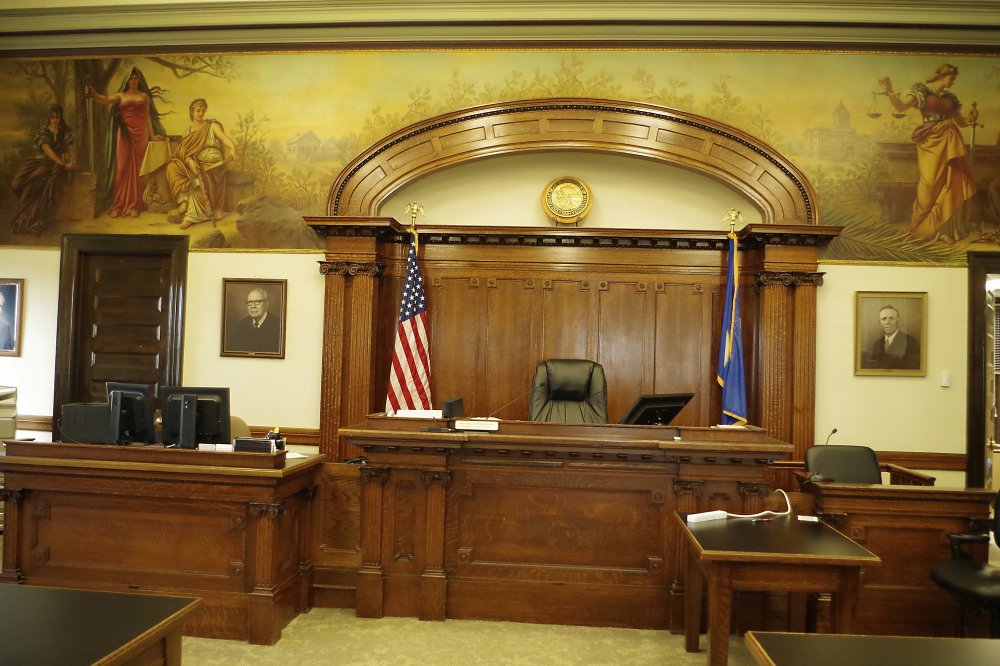