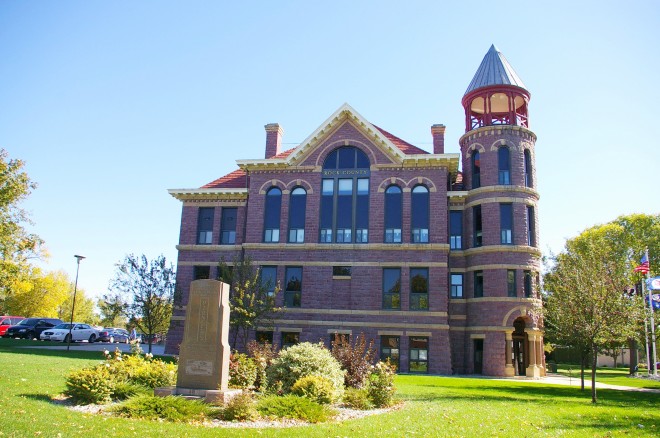 Rock County is named for the prominent outcrop of quartzite north of Luverne. 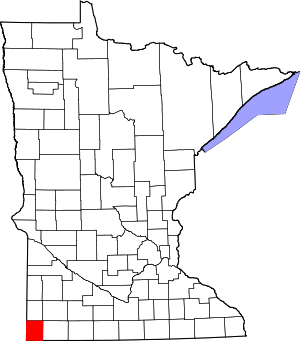 Contractor:  A Tollefson of Luverne

Description:  The building faces southwest and is a four story stone structure. The buildimng is located on spacious landscaped grounds in the center of Luverne. The building is constructed with red colored Sioux quartzite. The quartzite is rough-faced, along with the Kasota stone of the arches, string courses and window hoods of the two stories, as well as the high basement and attic. The dominant feature is the four story round tower on the southwest corner, with the main entrance through the arches at its base. The tower is capped with an open balustraded gazebo-like observation area with a conical roof. The windows are narrow, vertical and single, except in the central bays of the second story, where triple windows are topped by a curve extending into the gable. The interior has oak woodwork. The second story is devoted to a large courtroom with auxiliary chambers for judge and jury. The courtroom has been recently redecorated and is presently in excellent condition. Original woodwork, furnishings and hardware have been retained where possible on the second story as on the first story. On the east side is the old Jail and Sheriff Residence built in 1890.

History:  The county was created in 1857 and Luvern was designated as the county seat. The first courthouse was a frame structure built in 1875 and a brick vault was added in 1879. The second and present courthouse was constructed in 1887 to 1888 at a cost of $23,500. 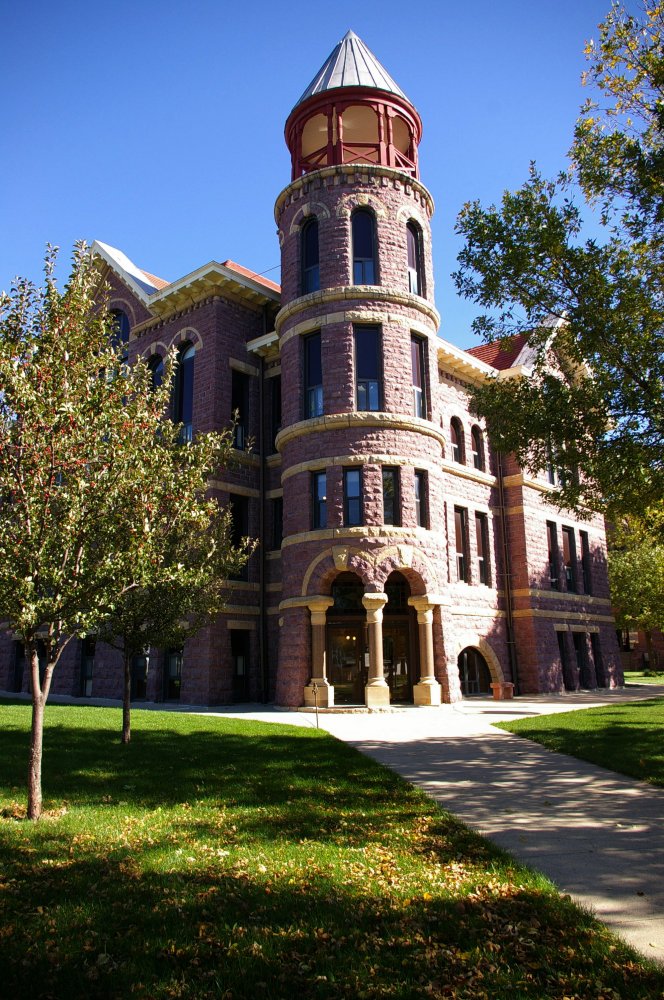 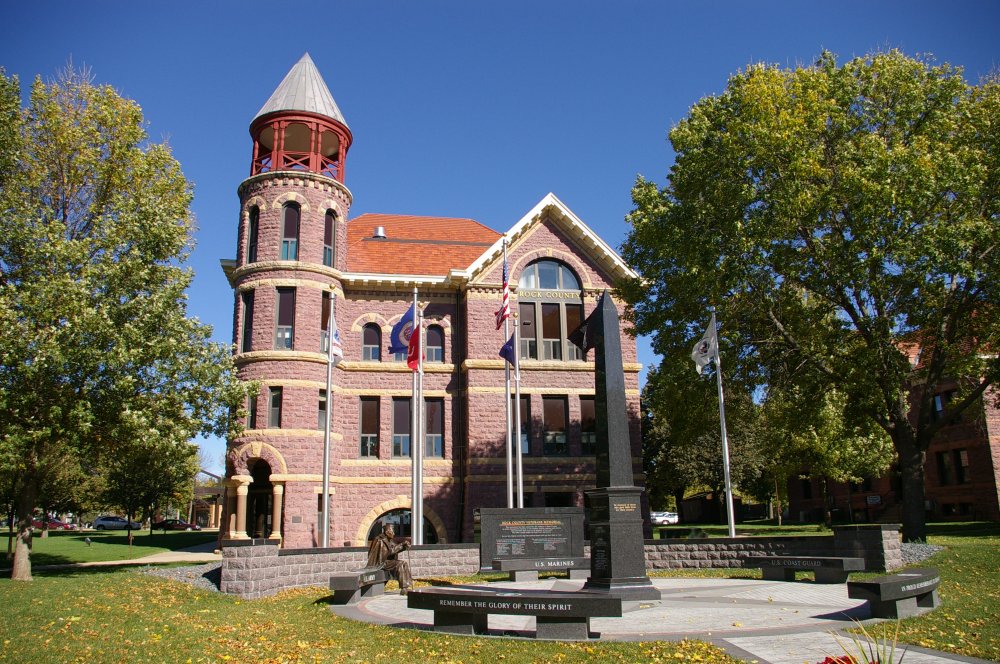 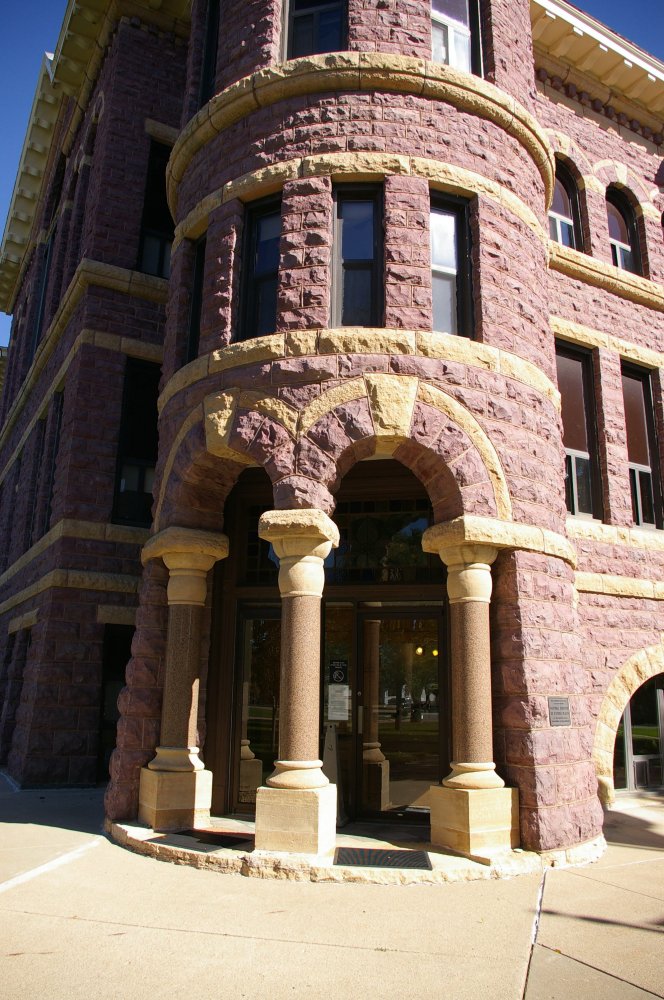 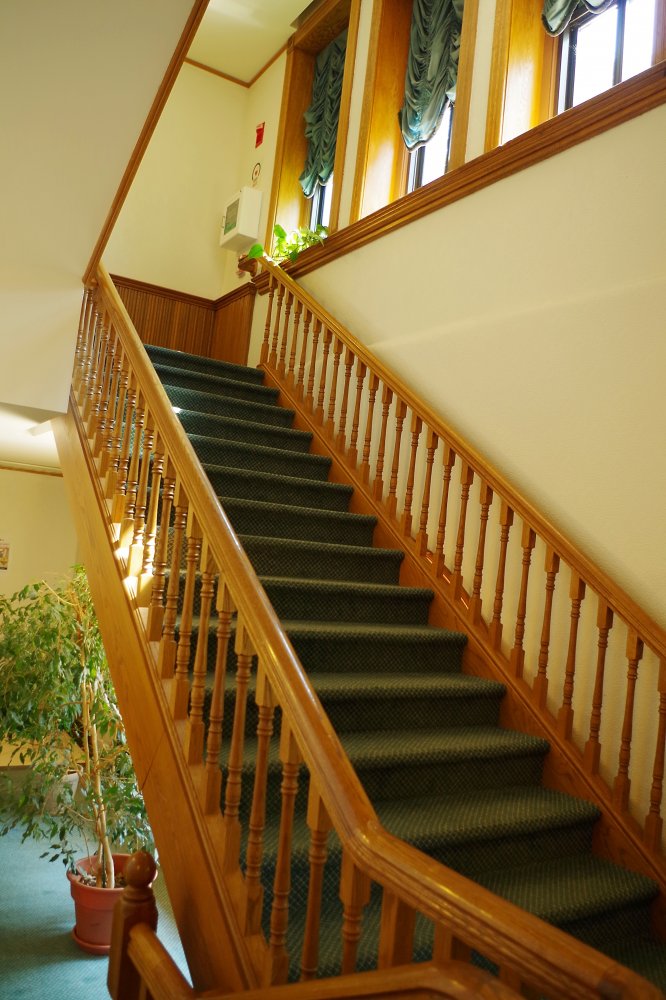 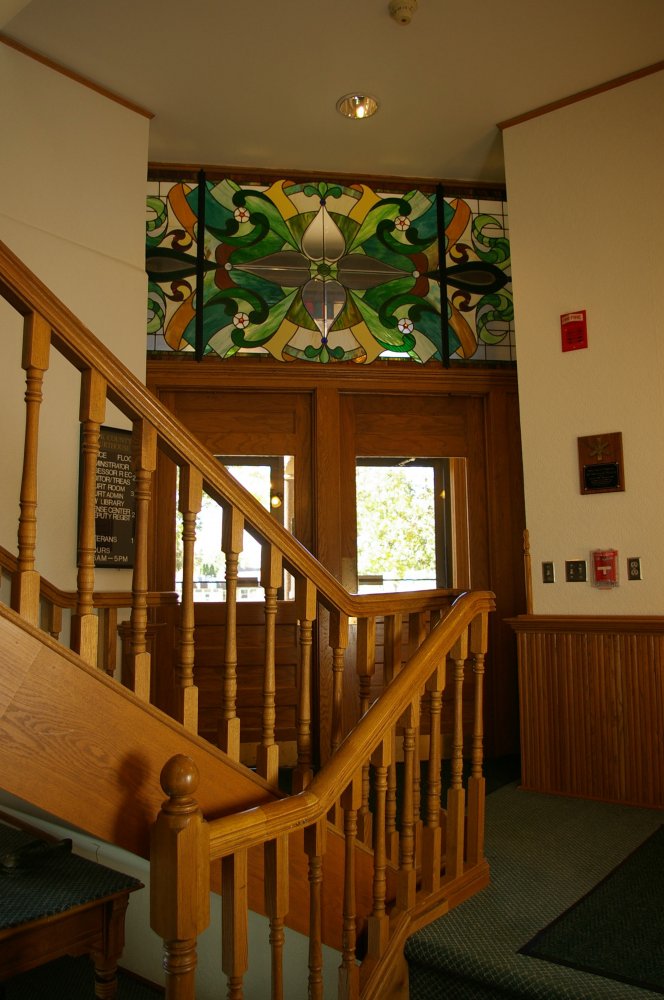 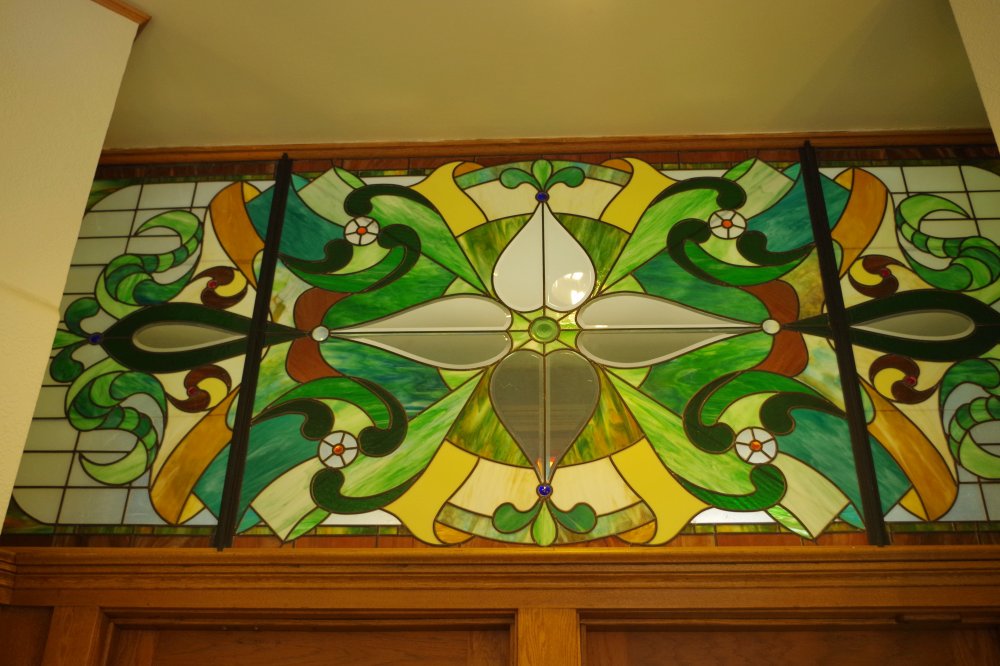 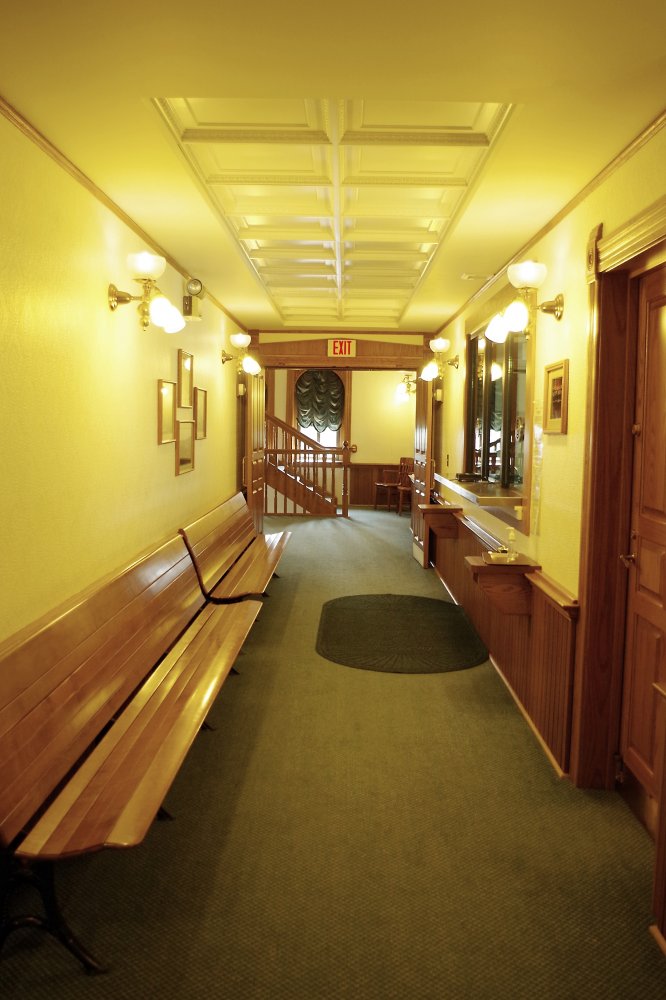 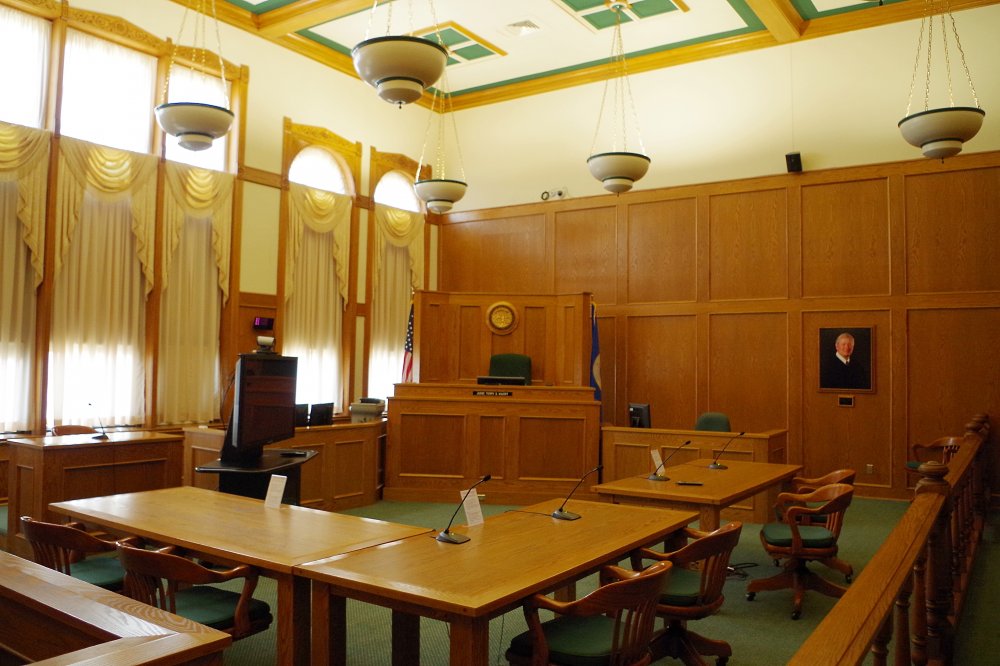 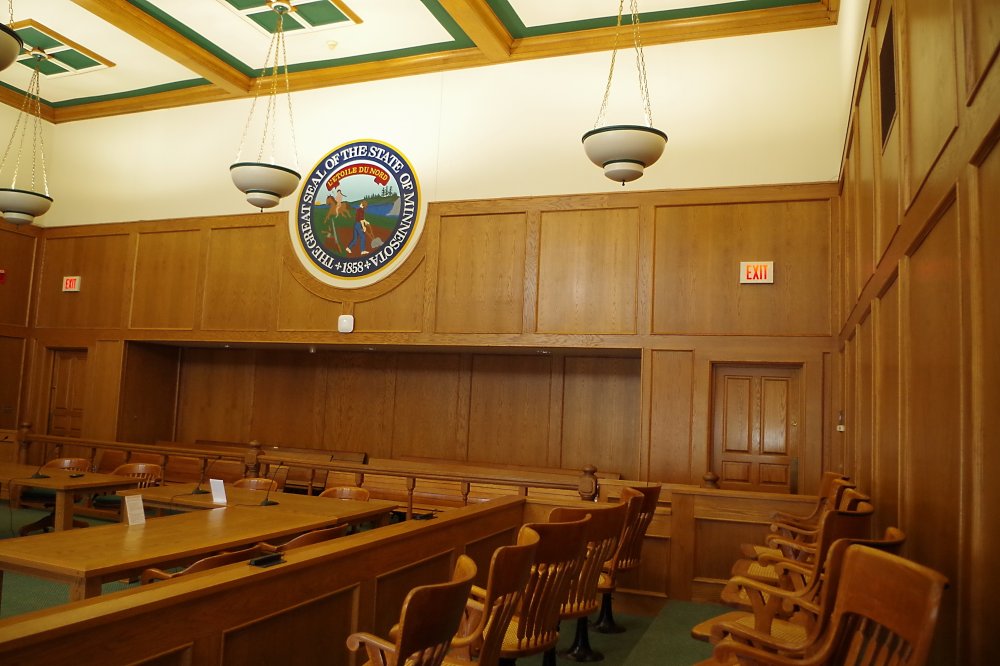 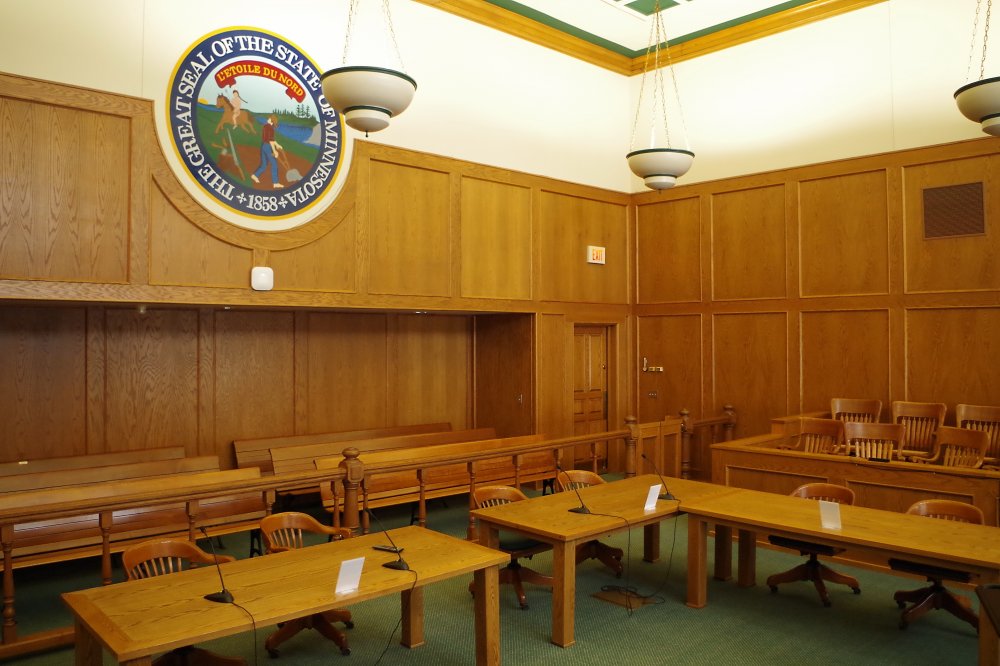 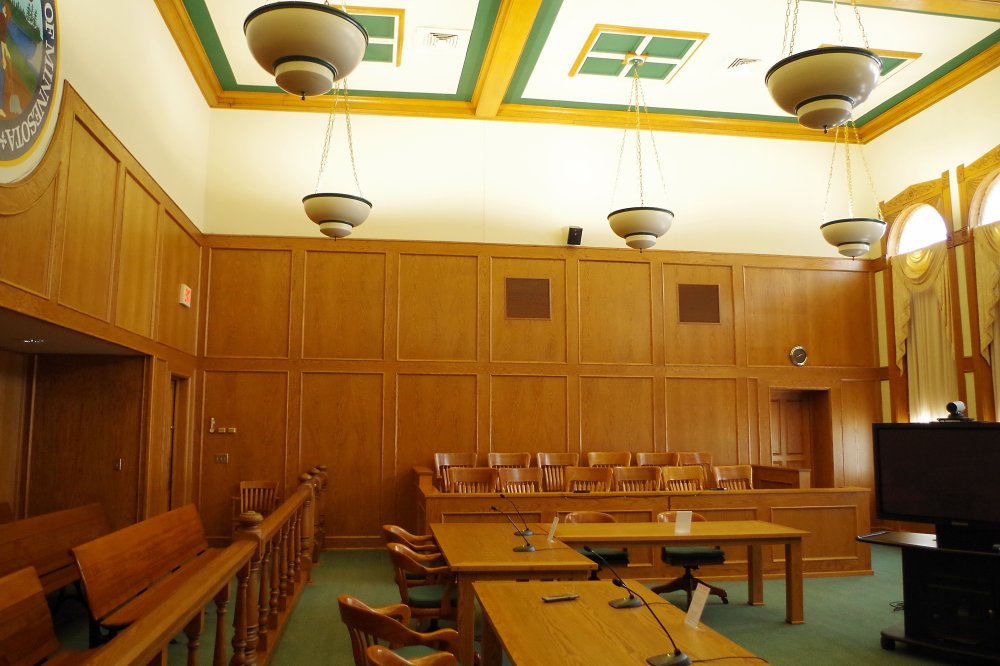