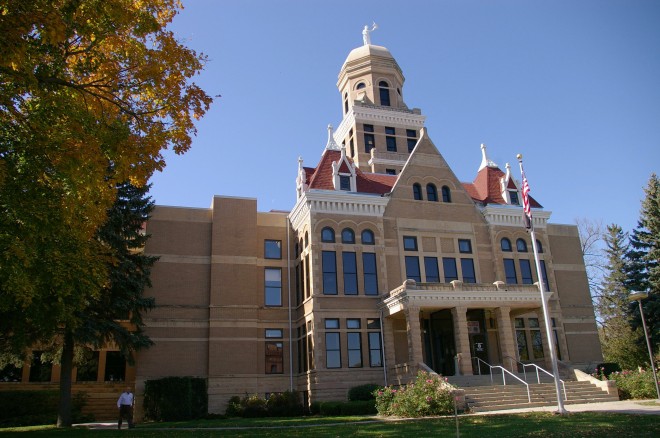 Le Sueur County is named for Pierre Charles Le Sueur,  a French Canadian, who was a fur trader and explorer and who traveled sections of the Mississippi River in 1683. 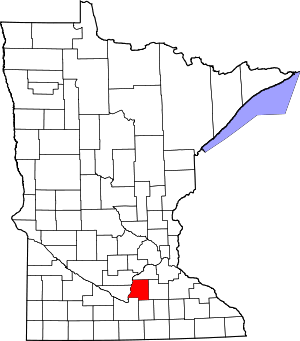 Description:  The building faces east and is a three story buff colored brick and stone structure. The building is located on spacious landscaped grounds in the center of Le Center  and has buff colored brick walls that are trimmed with both smooth and rusticated Kasota stone. The cornice and its supporting modillions are made of wood. The building is more symmetrical than usual with a central bay flanked by side pavilions. A square tower rises two stories to a truncated hip roof. An octagonal drum with arched windows on top is crowned by a dominal roof and the figure of Justice. Inside, an oak balustrade guards the central opening on the second floor of the rotunda.  The courtroom is located on the second story. The tower, originally one story taller, was damaged in a storm and rebuilt in 1920, according to plans of Mankato architect Albert Schippel. The building was renovated and enlarged in 1973 to 1974. The architect was Reike-Carroll-Muller Associates Inc. of Hopkins and the contractor was Kratochvil Construction Company of New Prague. In 1994 to 1995, a three story addition was constructed on the south side. The architect was Boardman Kroos Pfisher Rudin and Associates and the contractor was Lovering Johnson.

Note:  On the north side of the courthouse is the two story red colored brick Le Sueur County Jail which was designed by the Mankato architect Albert Schippel and constructed in 1914 by J B Nelson Construction Company, also of Mankato. 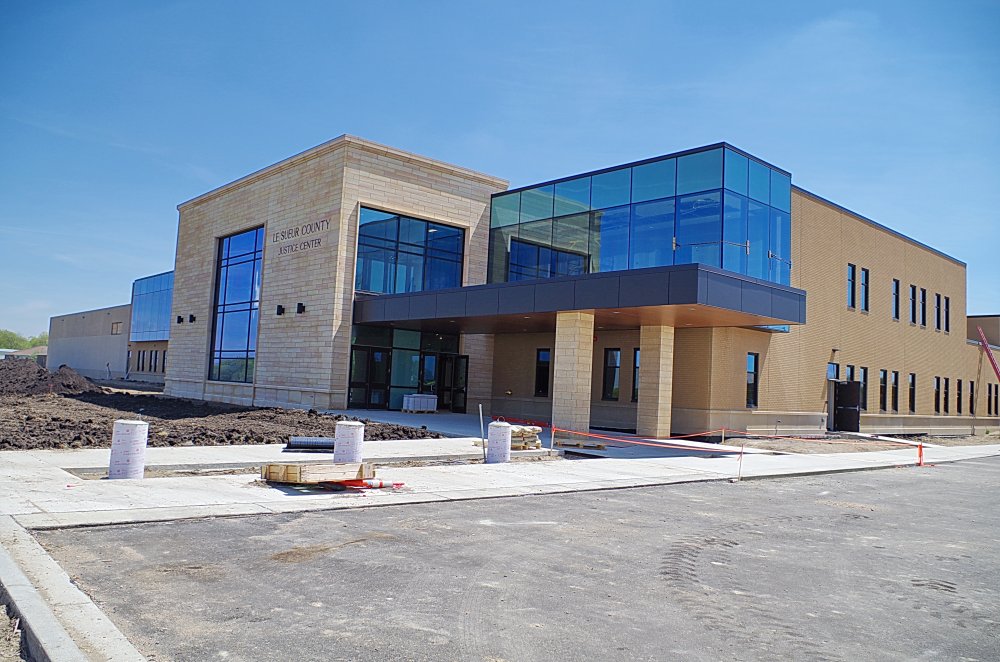 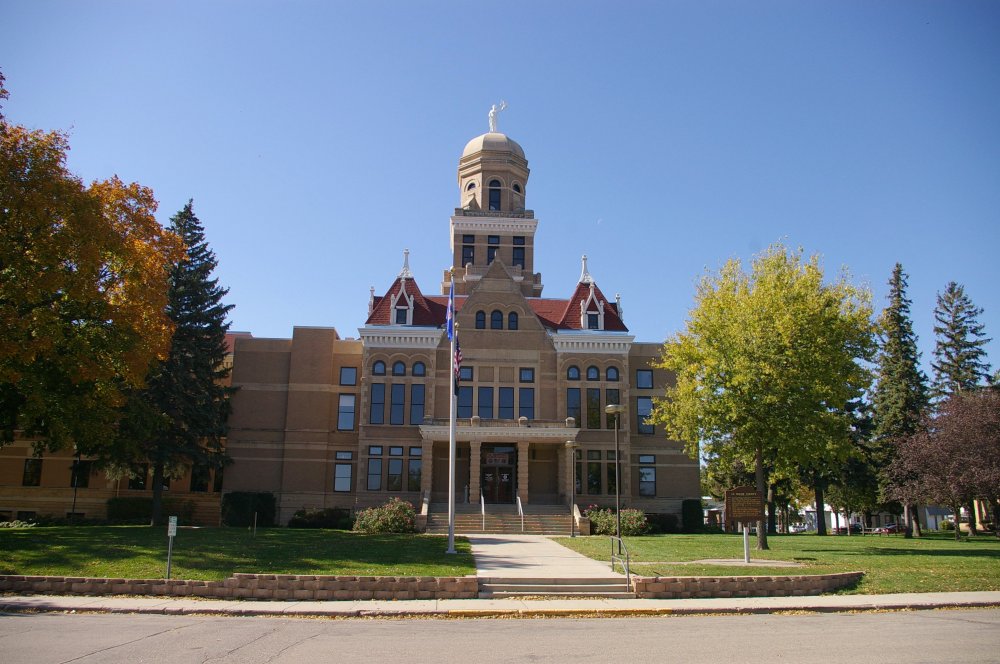 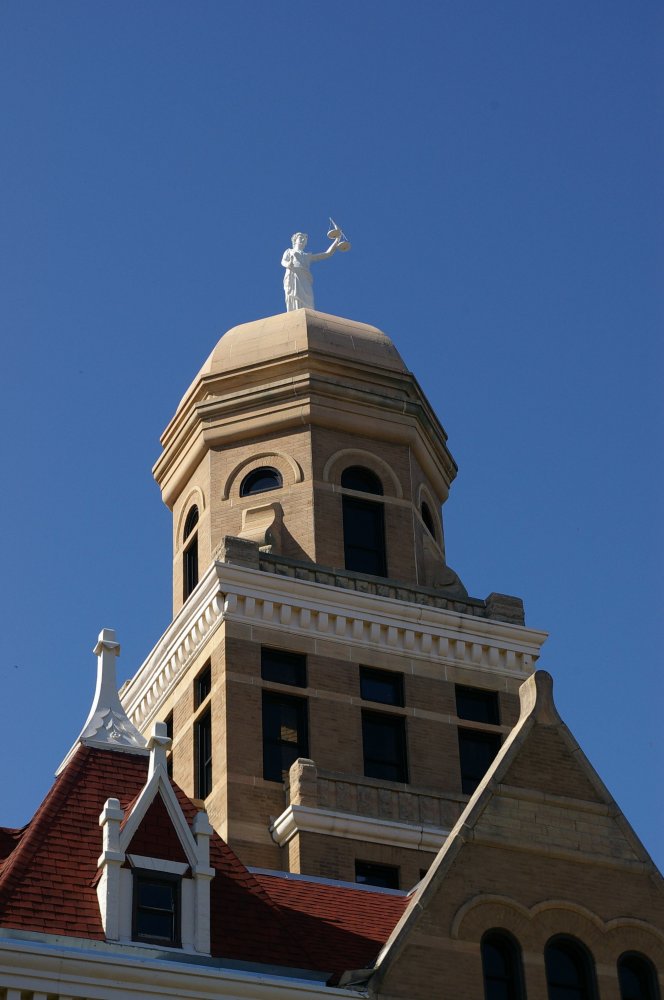 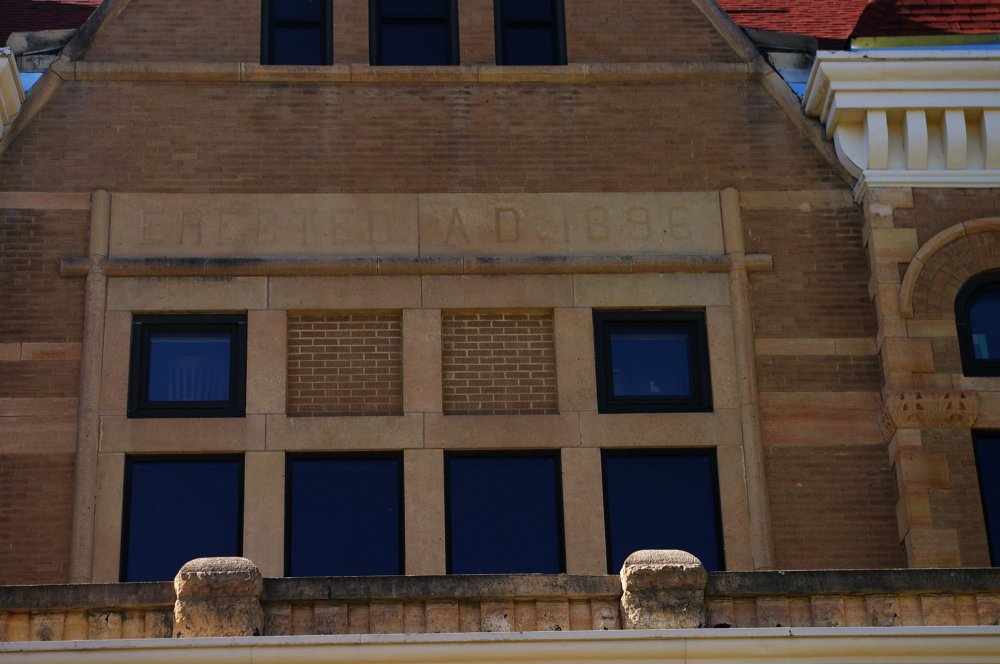 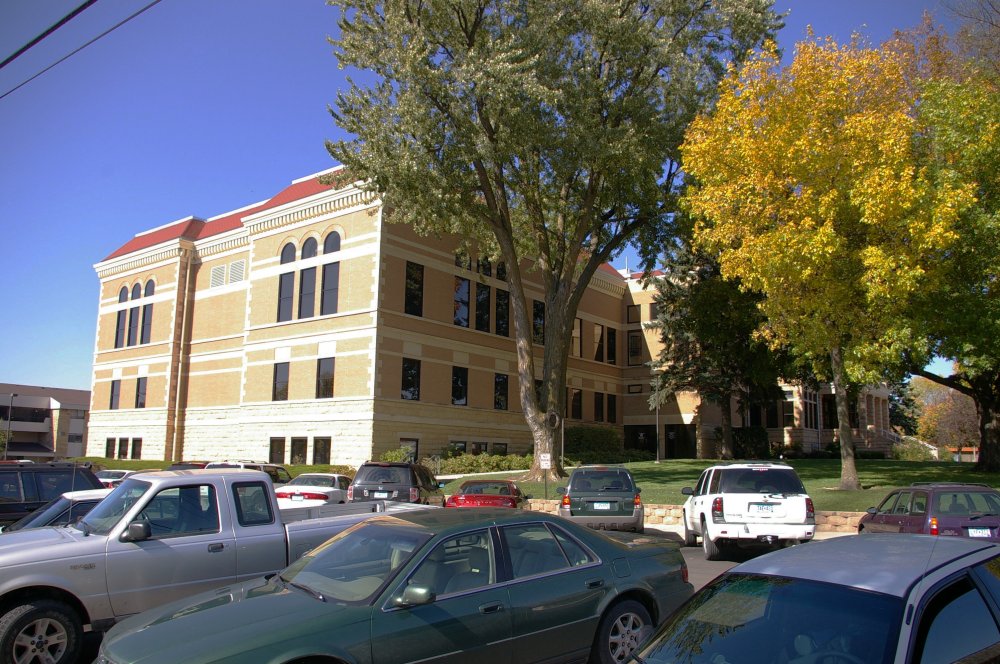 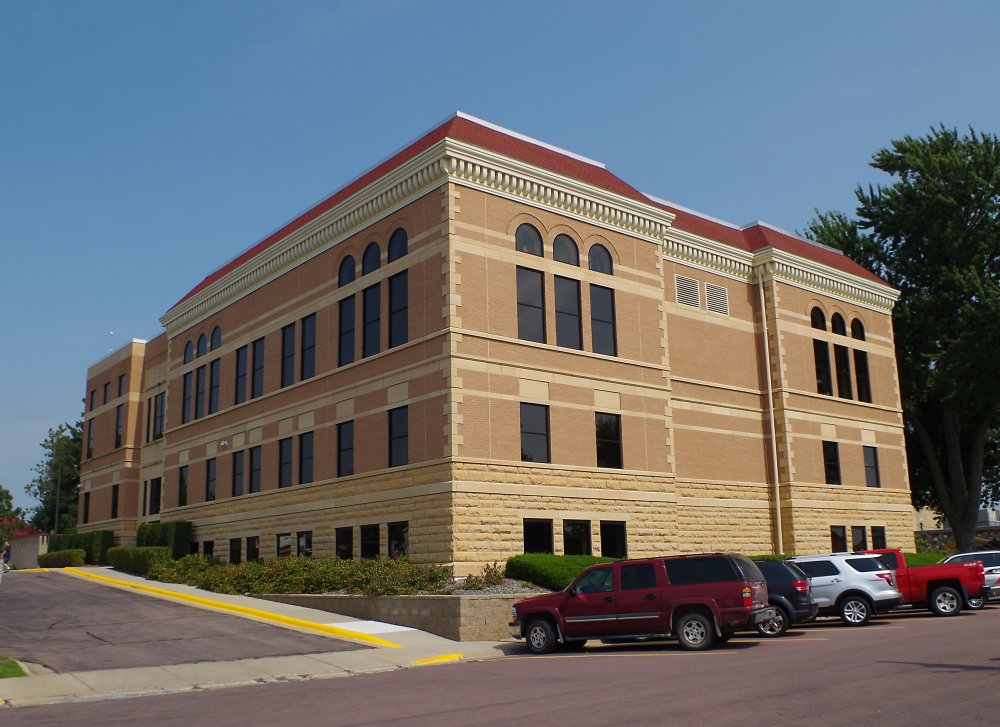 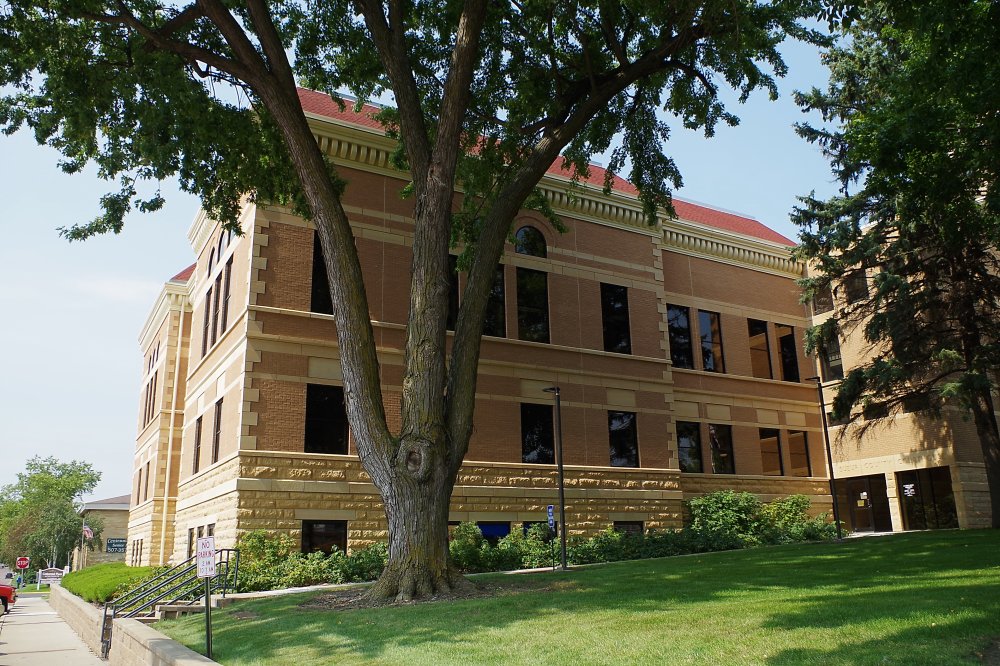 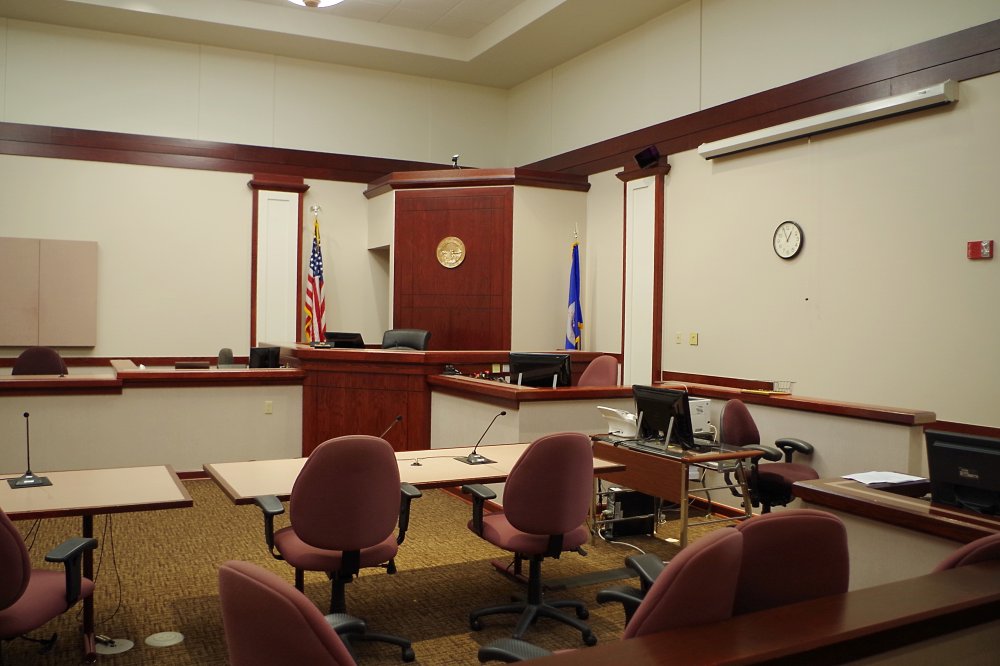 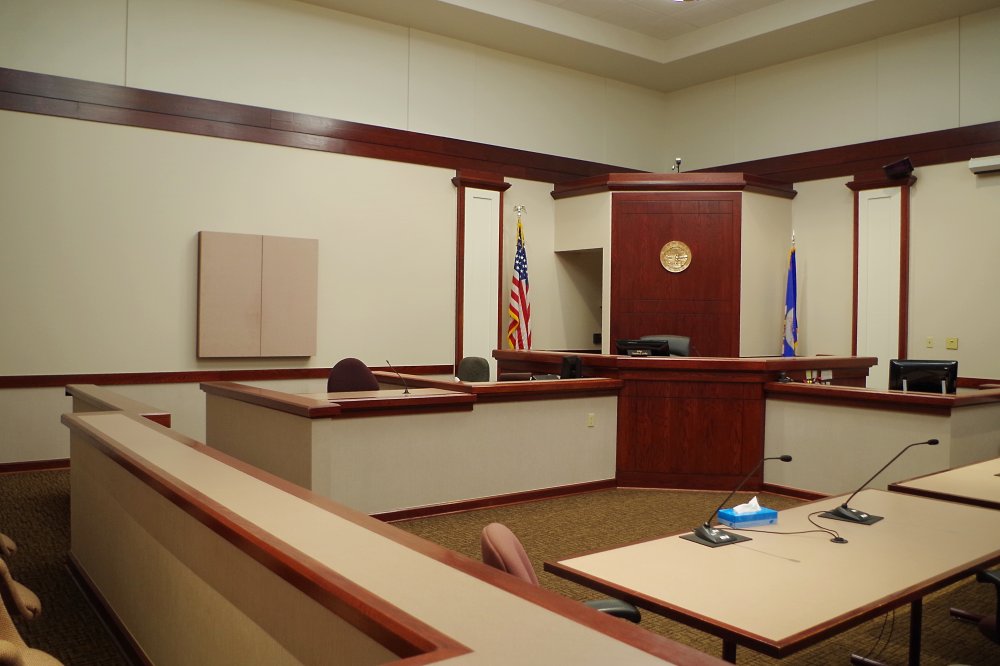