Faribault County is named for Jean Baptiste Faribault, who was the first white settler to farm in Minnesota and was a major figure in trade with the Dakotas from 1830 to 1860.

Description:  The building faces east and is a two story red colored brick and stone structure. The building is located on landscaped grounds in the center of Blue Earth. The stone for the high base is rusticated limestone from the Kasota quarry. At the southeast corner is a seven story tower. The roof is clay tile, decorations are terra cotta, and columns on the tower and loggia above the double arched east front entrance are made of granite. The Syrian arches of the entrance rest on squat columns with foliated capitals. A gargoyle in the form of a satyr’s head was placed above and between the arches. In the interior is golden oak woodwork and stained glass transoms. There is a spiral stair in the rear tower. The courtroom is located on the second story. The building houses the County District Court of the 5th Judicial District. A west wing was added in 1974. In 2017 to 2018, the building was renovated. The architect was I&S Group and the contractor was Met-Con Construction and Ankeny Builders. 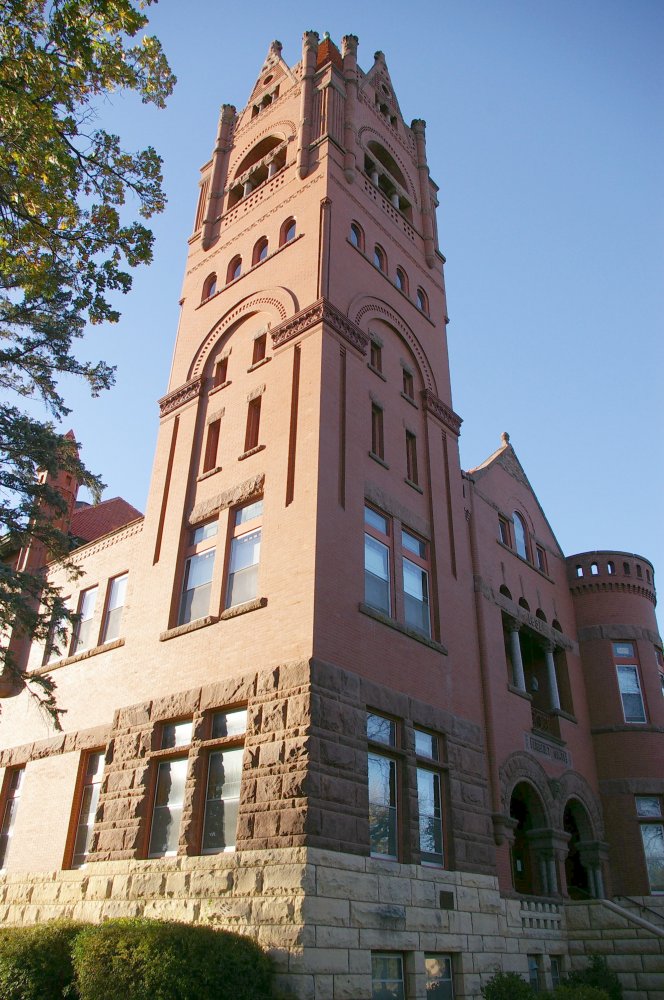 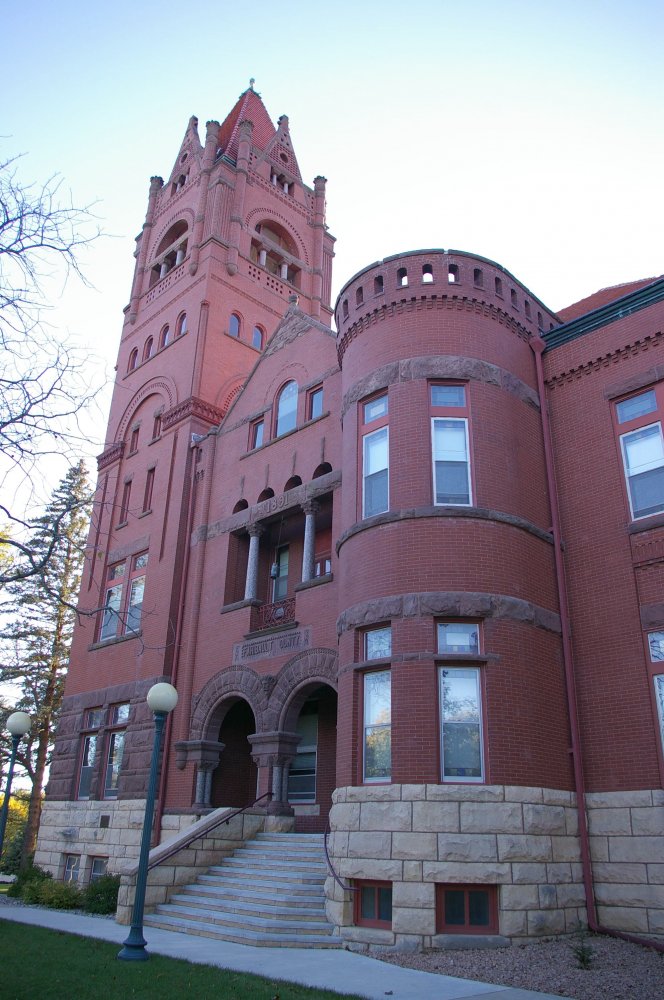 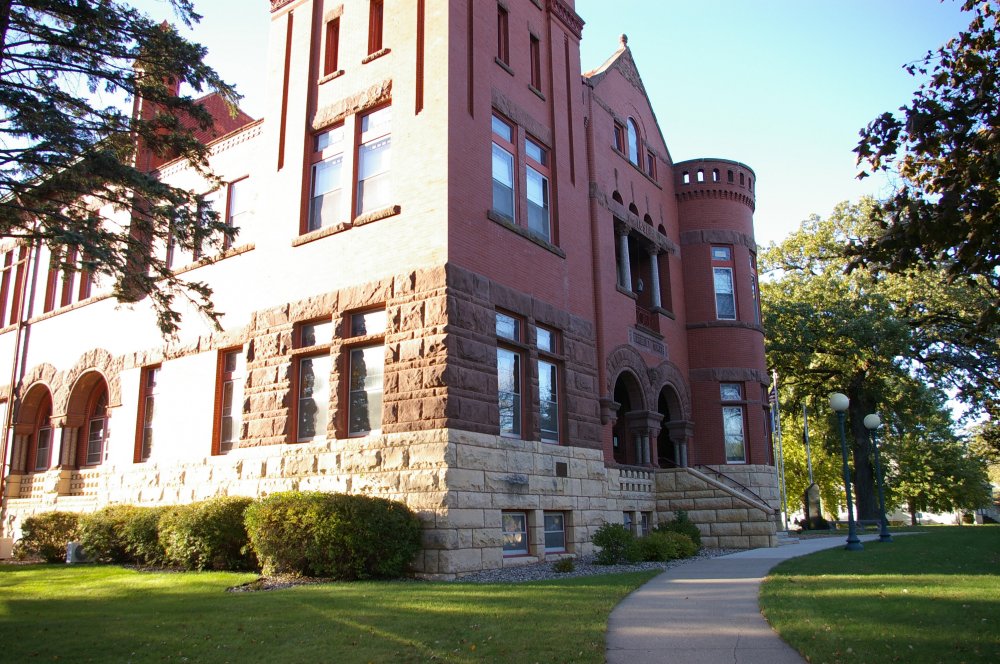 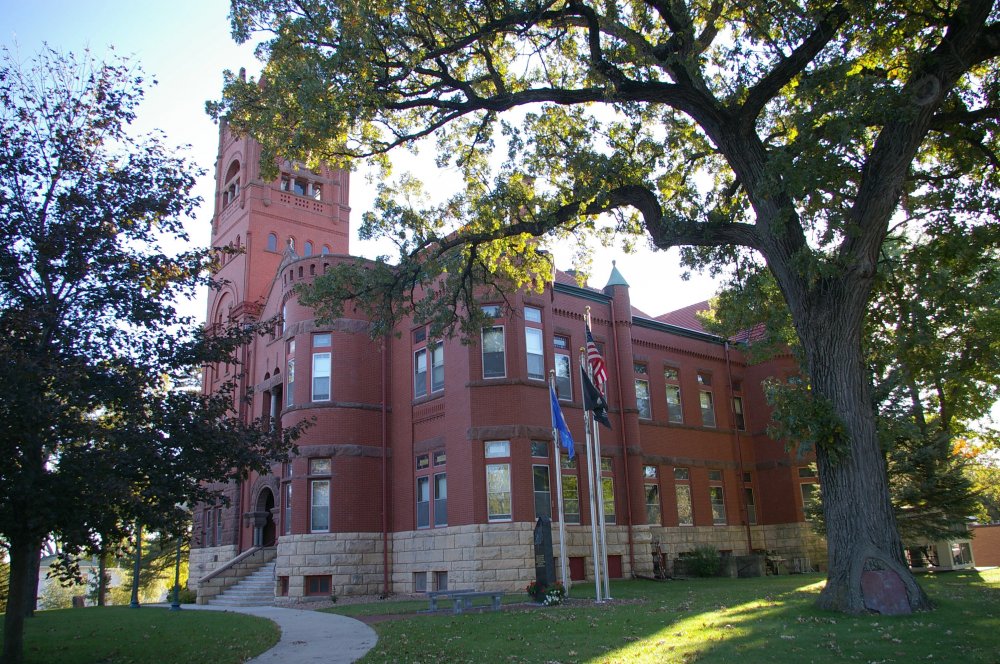 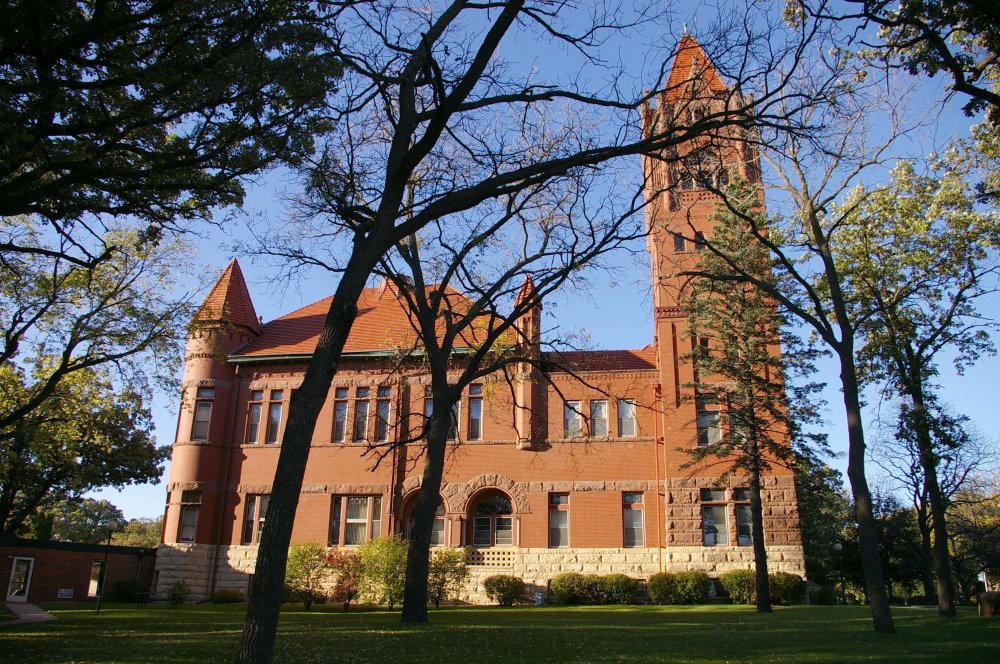 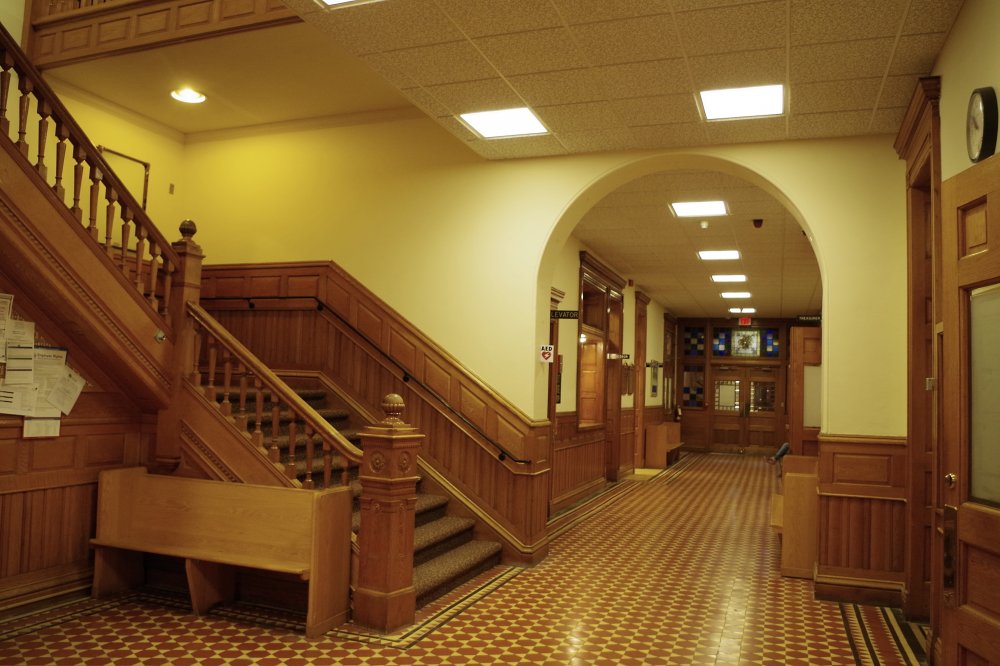 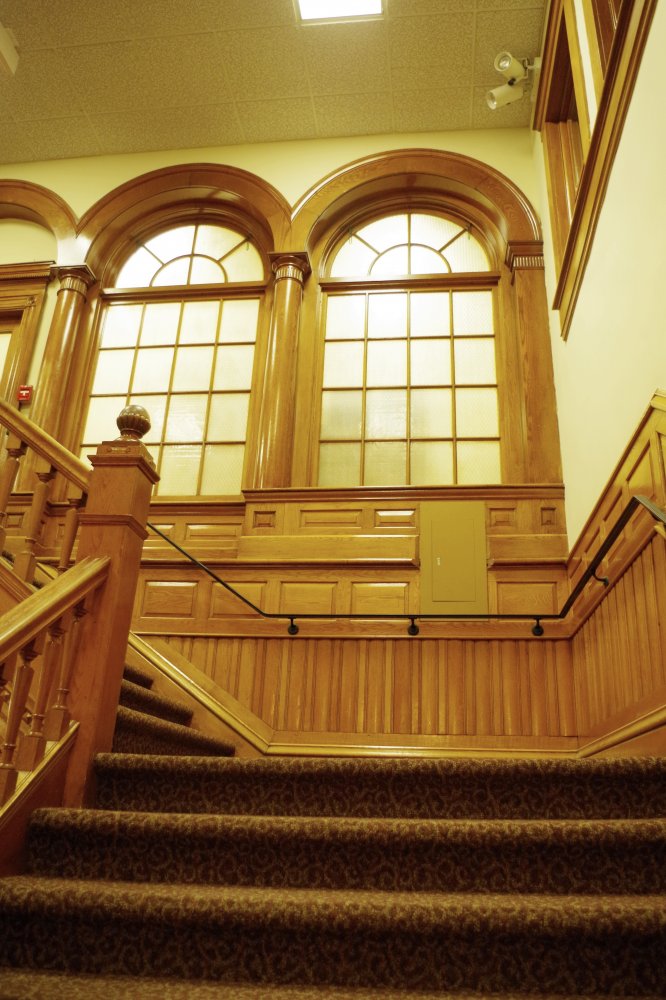 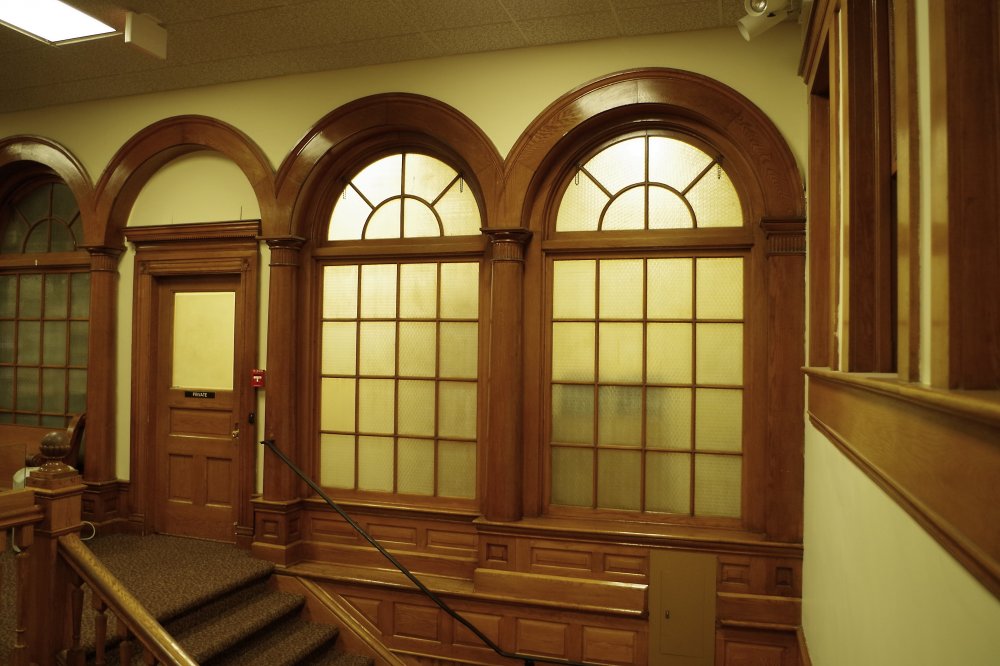 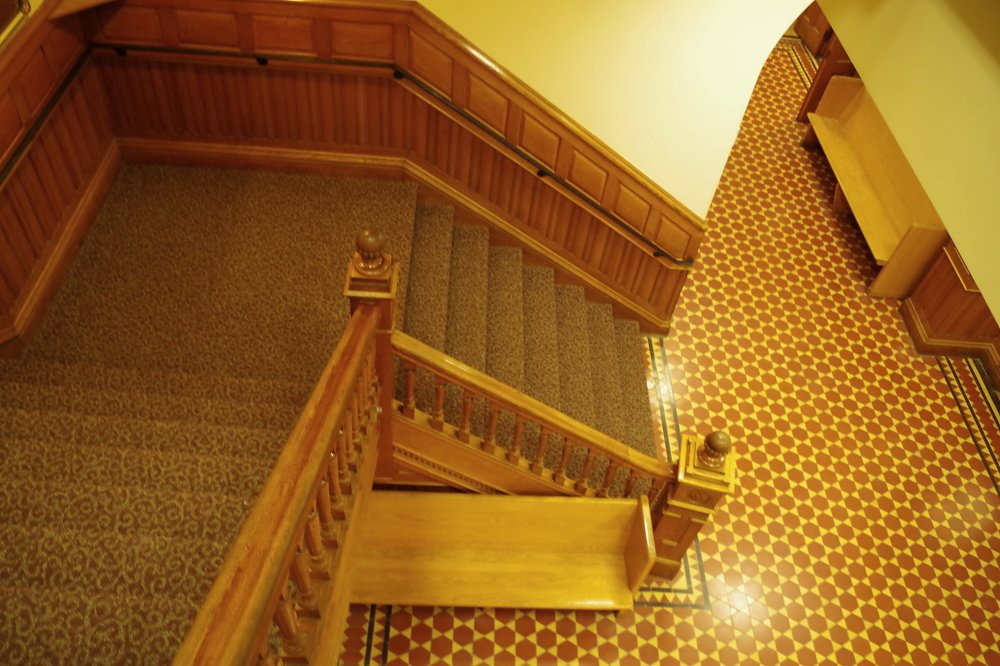 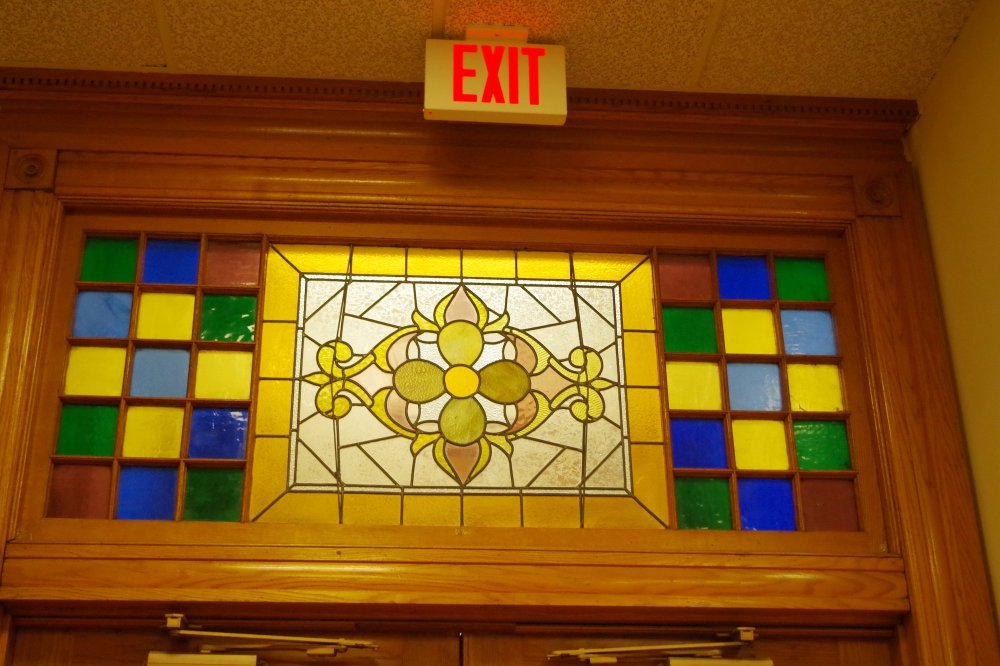 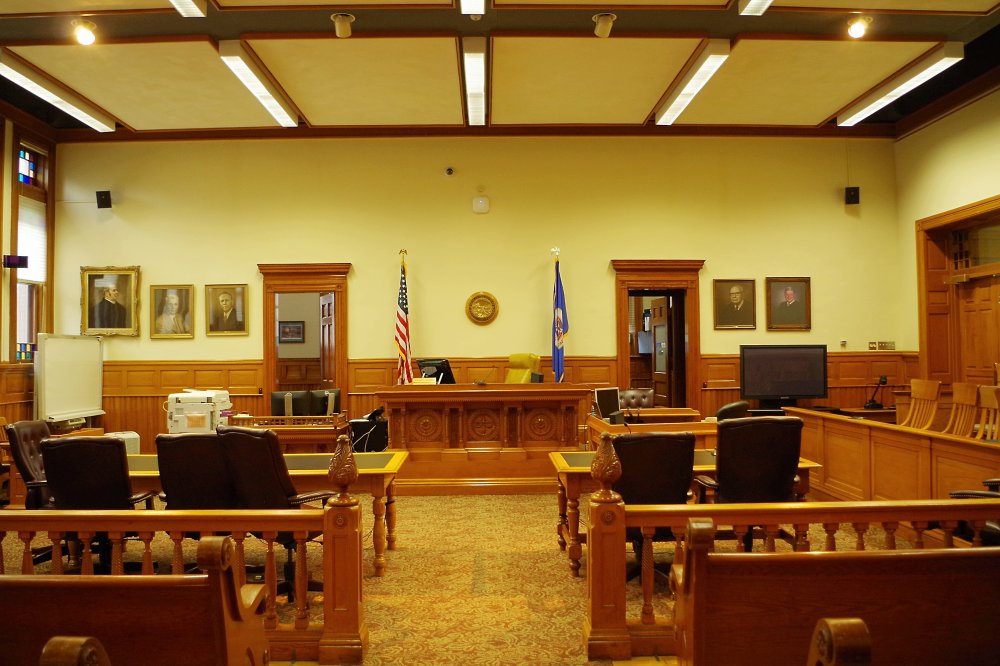 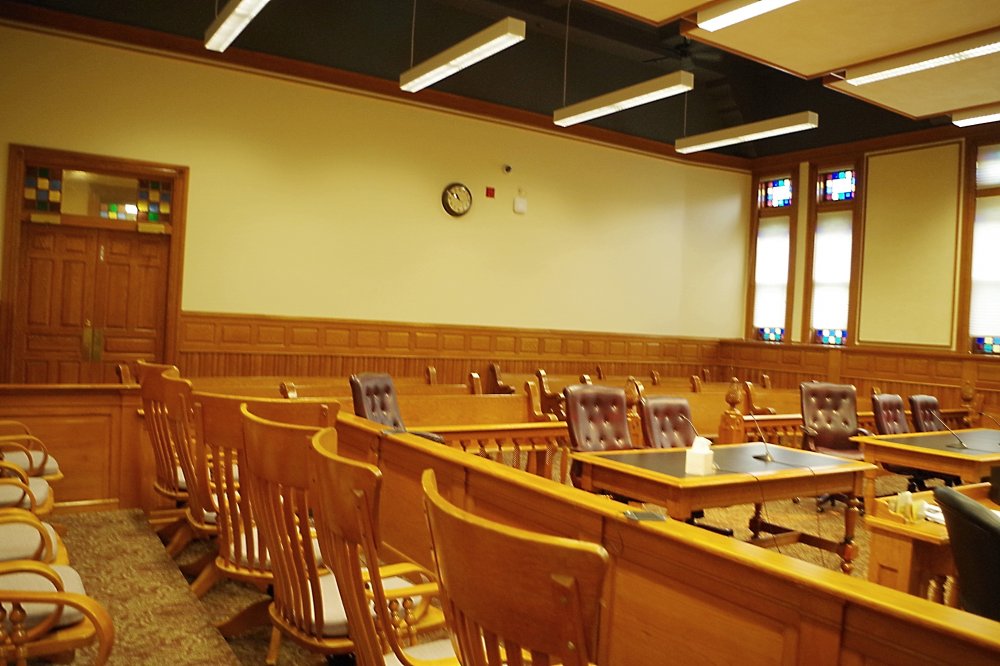 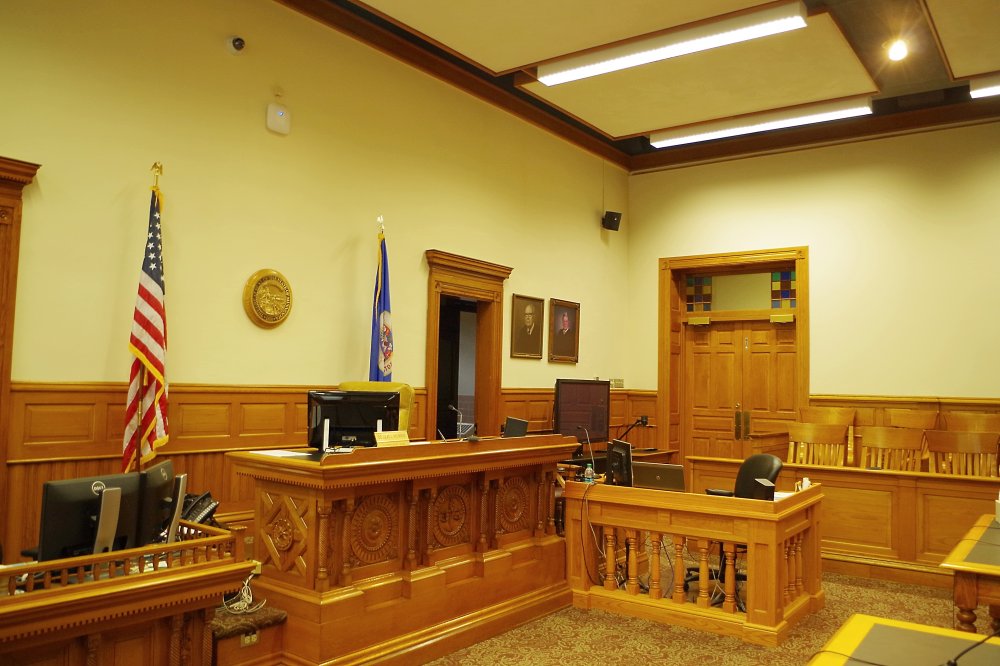 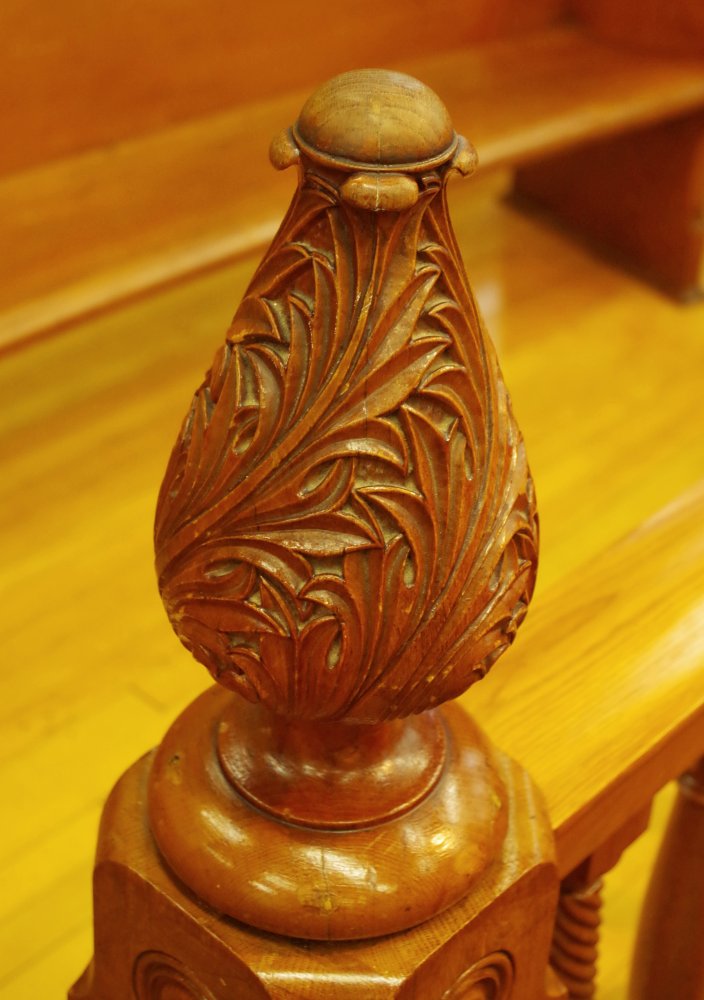