Description:  The building faces south and is a two story red colored brick and concrete structure. The building is located on landscaped grounds in the center of Preston. The south front has a portico supported by four white colored columns rising to a pediment at the roof line. The second story windows are arched. There is stone trim around the windows. The roof is pitched with a small square cupola in the center of the south side. The courtroom is located on the second story. 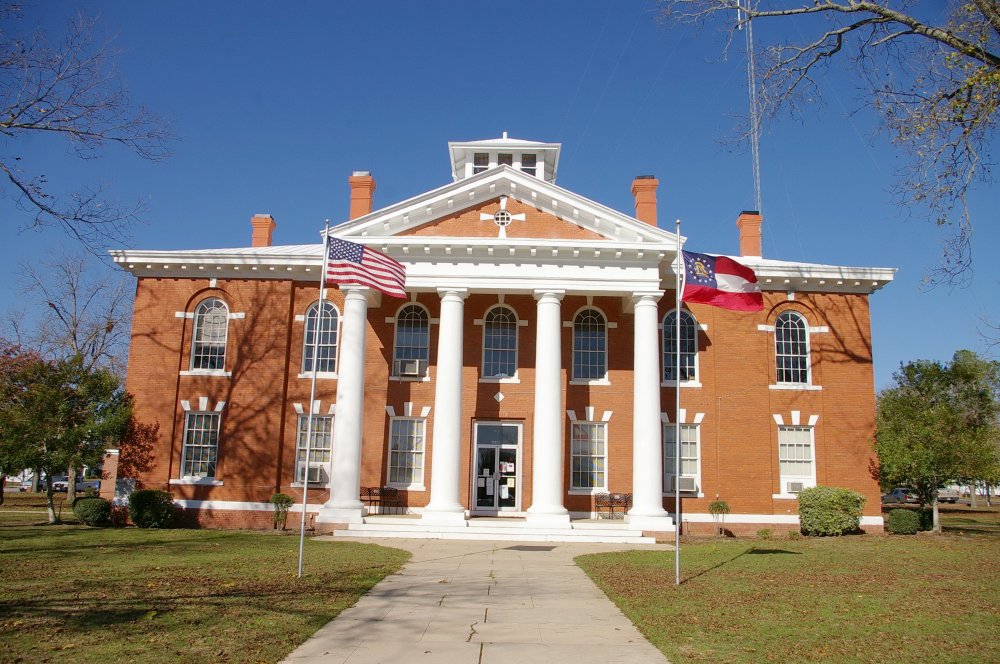 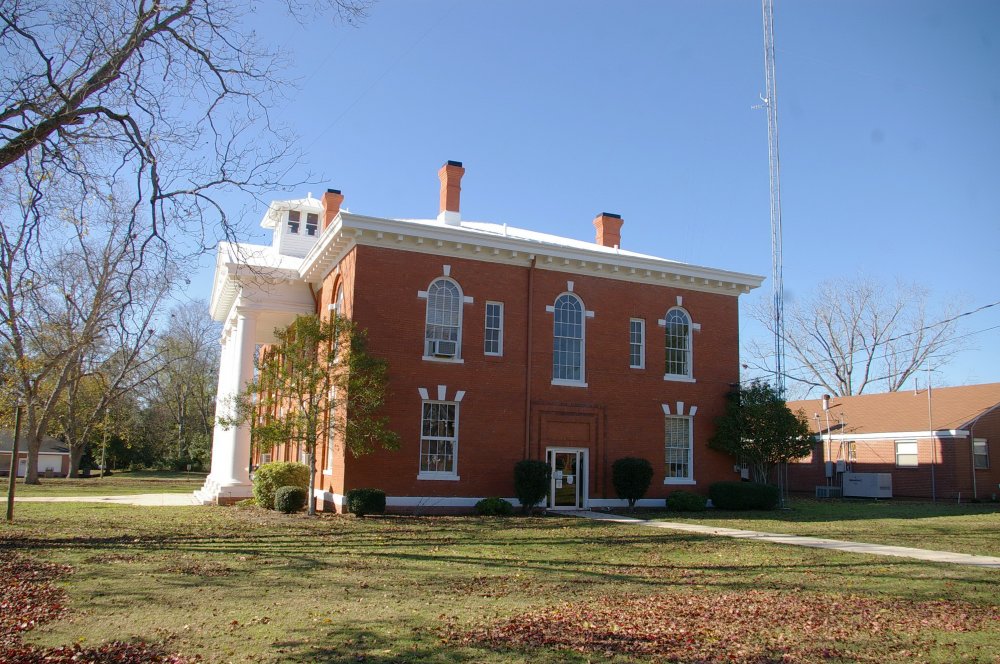 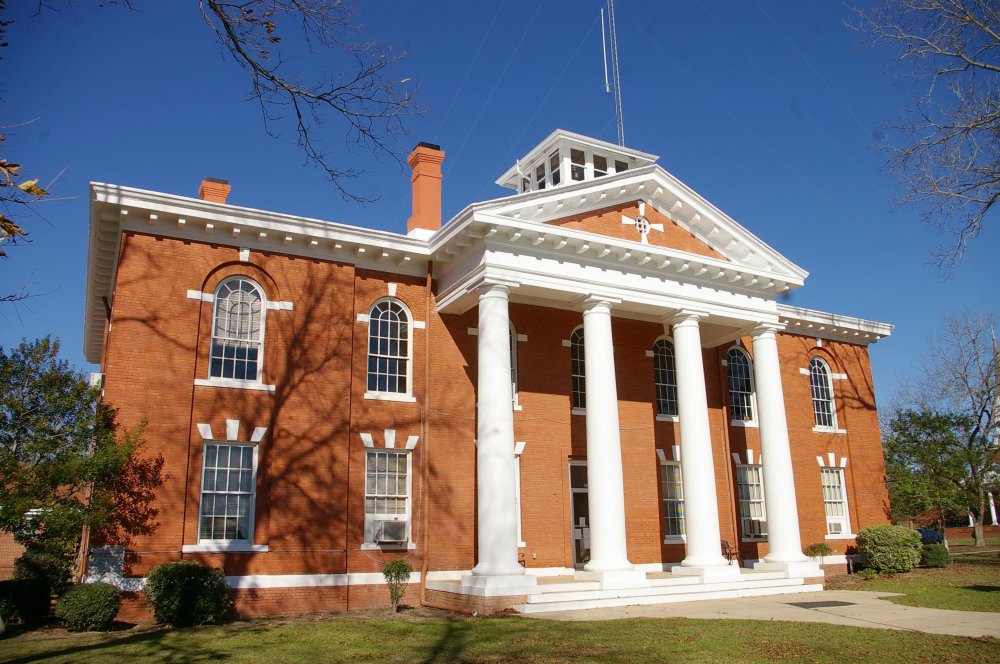 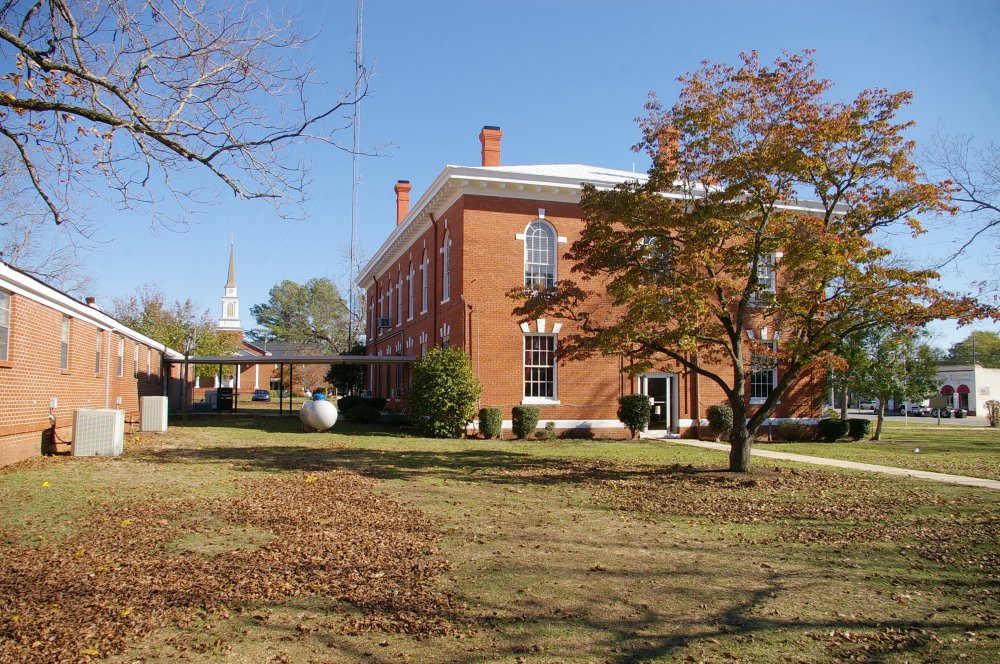 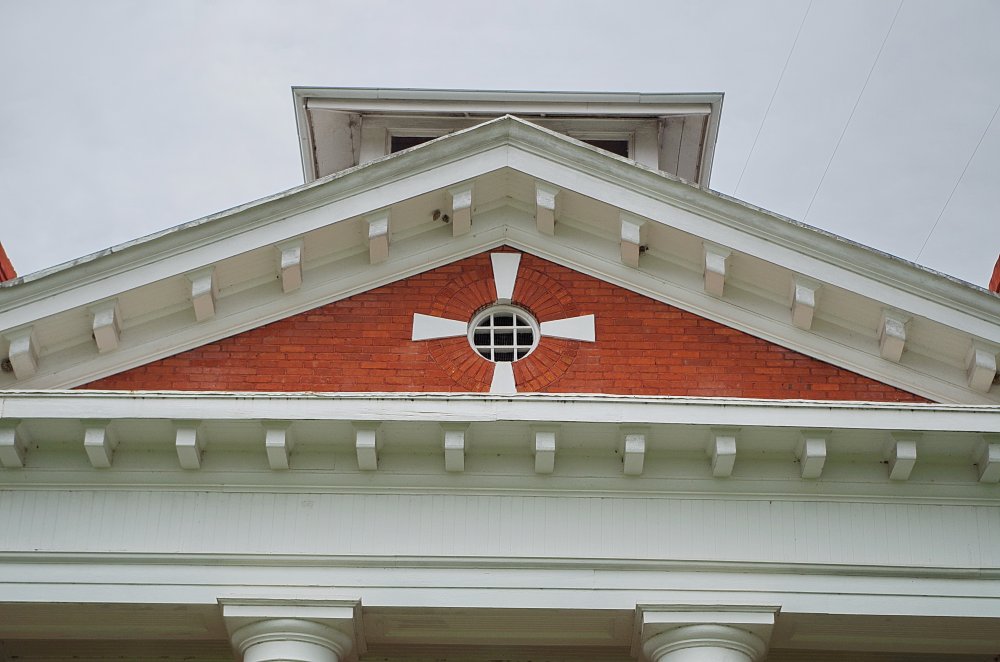 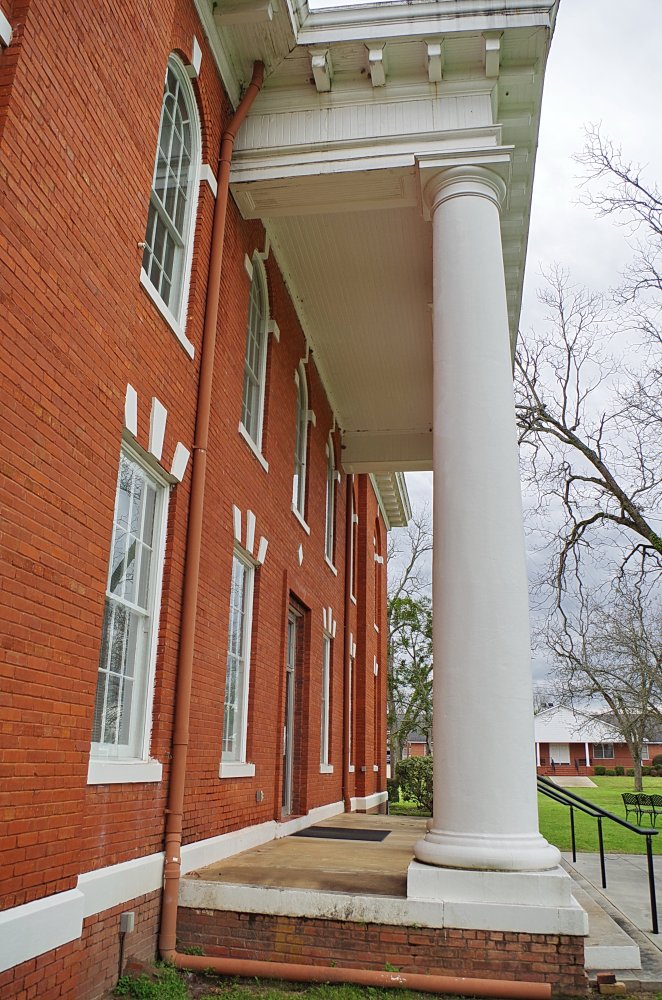 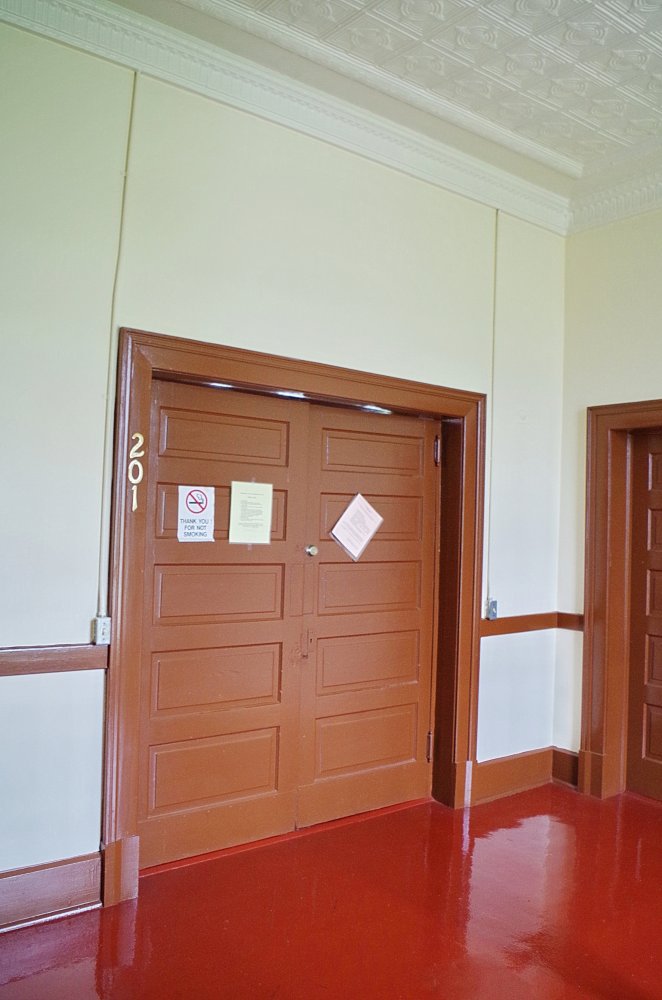 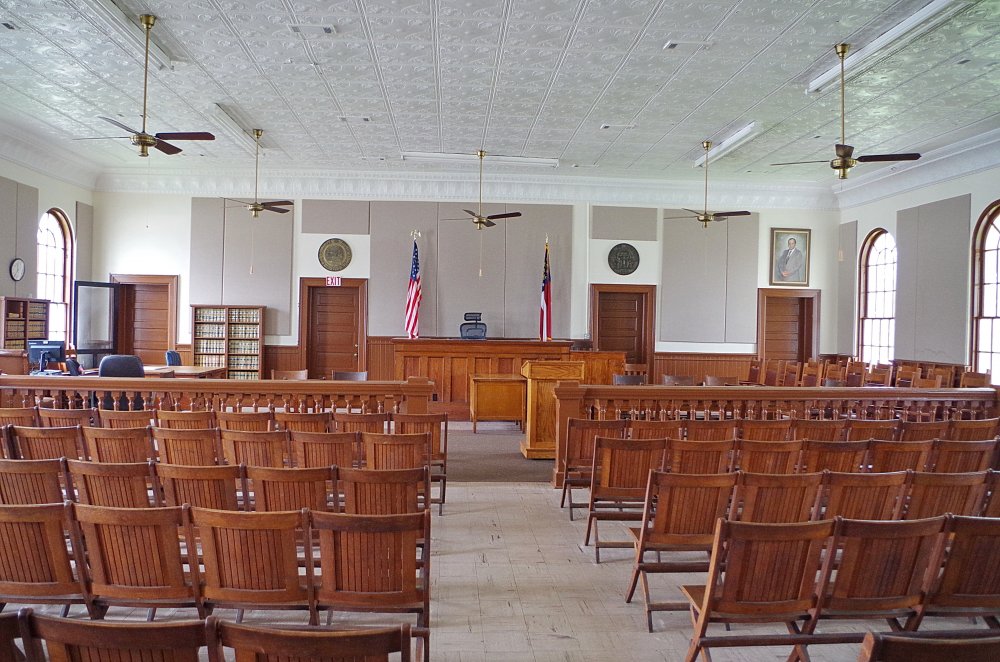