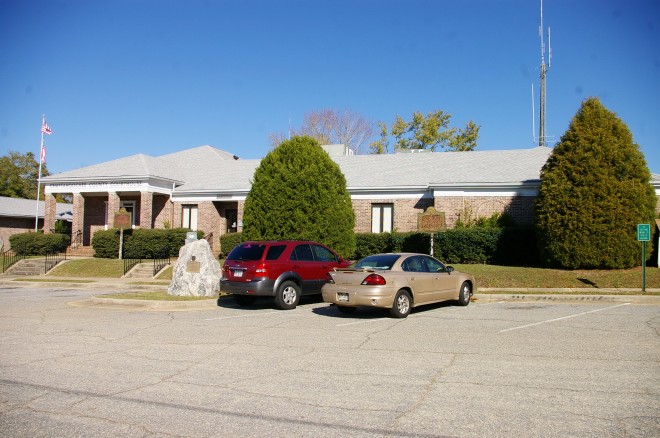 Chattahoochee County is named for the Chattahoochee River which name is derived from the Muskogean word meaning “rocks-marked” from “chat” meaning “rock” and “huchi” meaning “marked” and refers to the many colored granite outcroppings along the river.

Description:  The building faces south and is a one story light red colored brick and concrete structure. The building is located on landscaped grounds in the center of Cusseta. The south front has a porch on the west side supported by four square brick pillars. The roof is pitched. The courtroom is located in the center of the building. The building houses the Superior Court and Magistrate Court of the 3rd Judicial District. The first section of the structure was constructed in 1975 was along the west side. On the hill to the northeast is the old County Jail built in 1902 by Pauly Jail and Manufacturing Company of St Louis, Missouri at a cost of $5,000.

See:  The old 1854 County Courthouse is now located at Columbus in  Muscogee County.

History:  The county was created in 1854 and Cusseta was designated as the county seat. The first courthouse was a two story white colored wood structure erected in 1854. The building was moved in 1974 to Westville near Lumpkin in Stewart County and then moved to Columbus in Muscogee County. The second and present courthouse was constructed in 1975 and an adjoining office building in 1976. 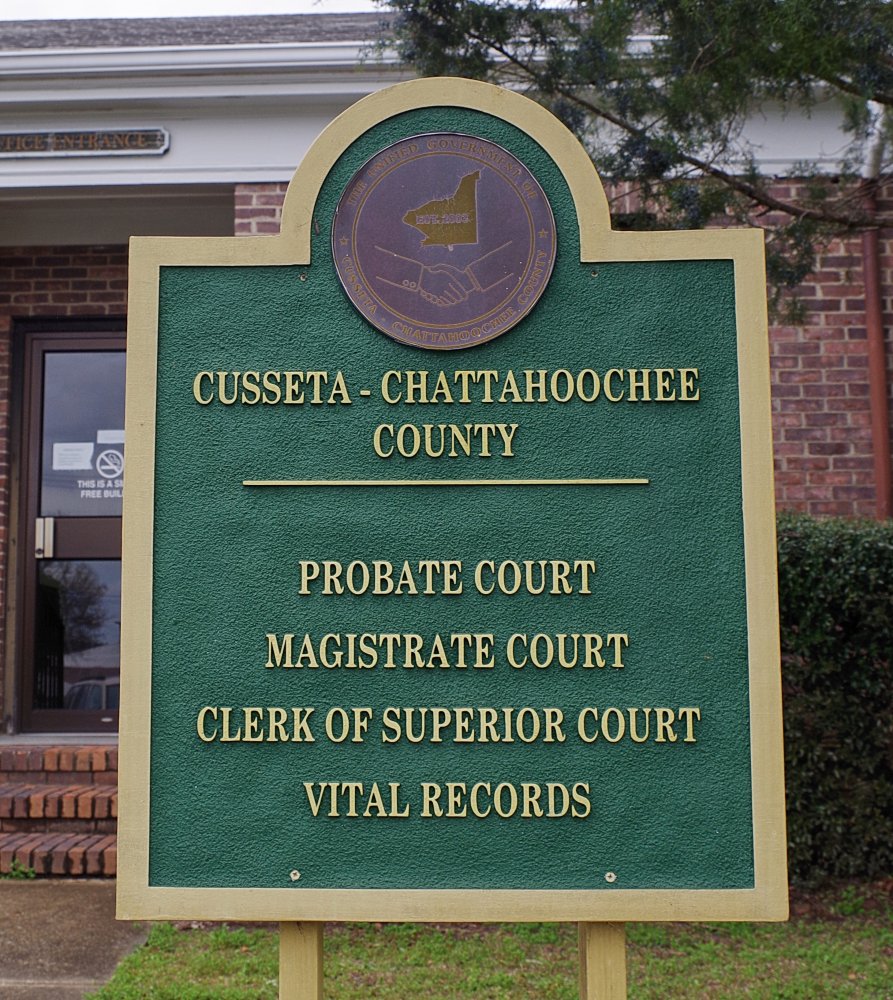 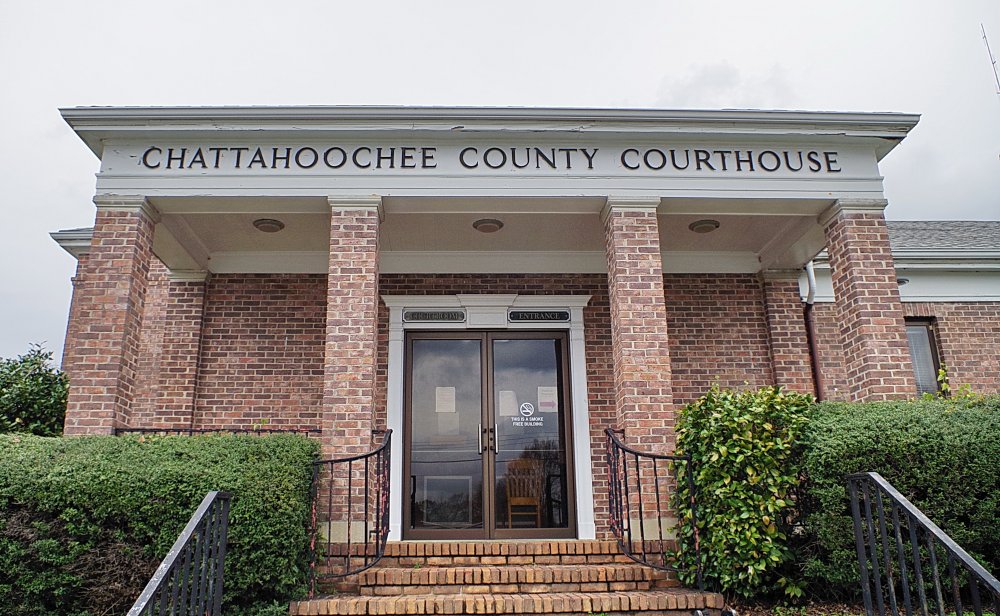 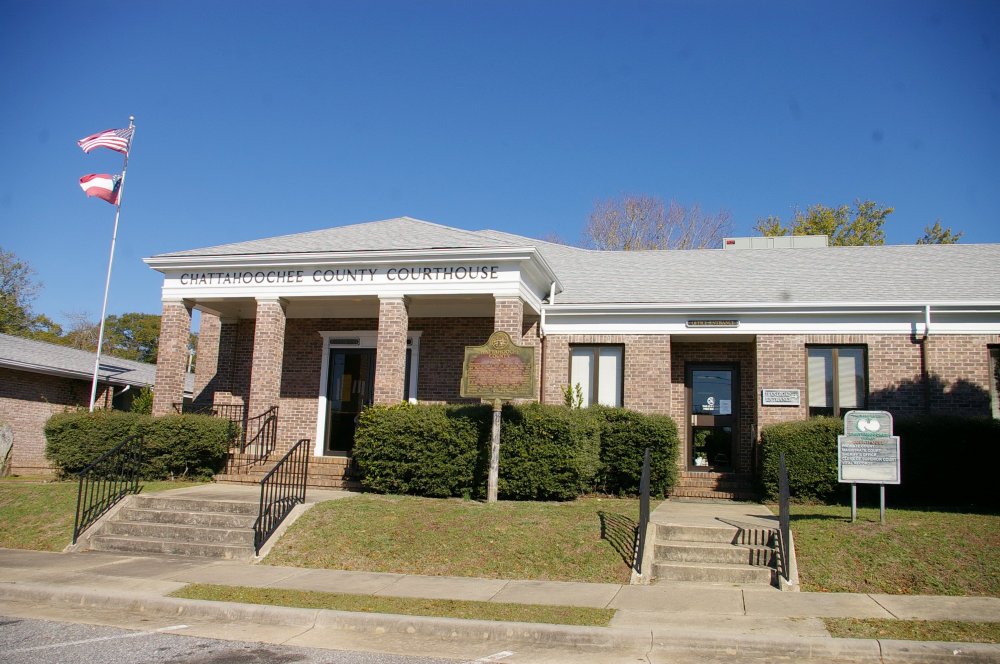 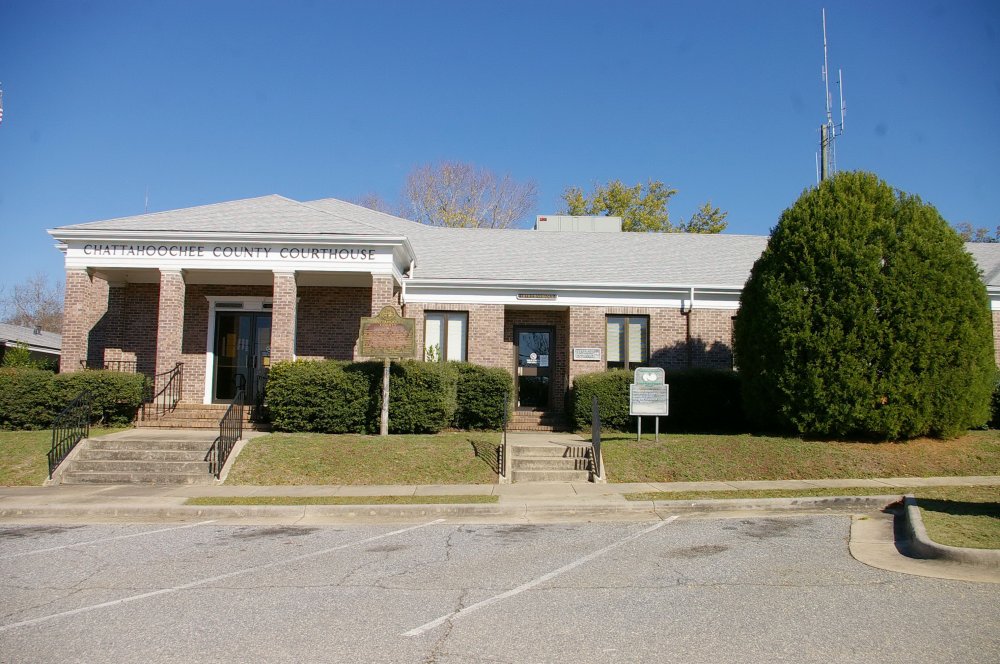 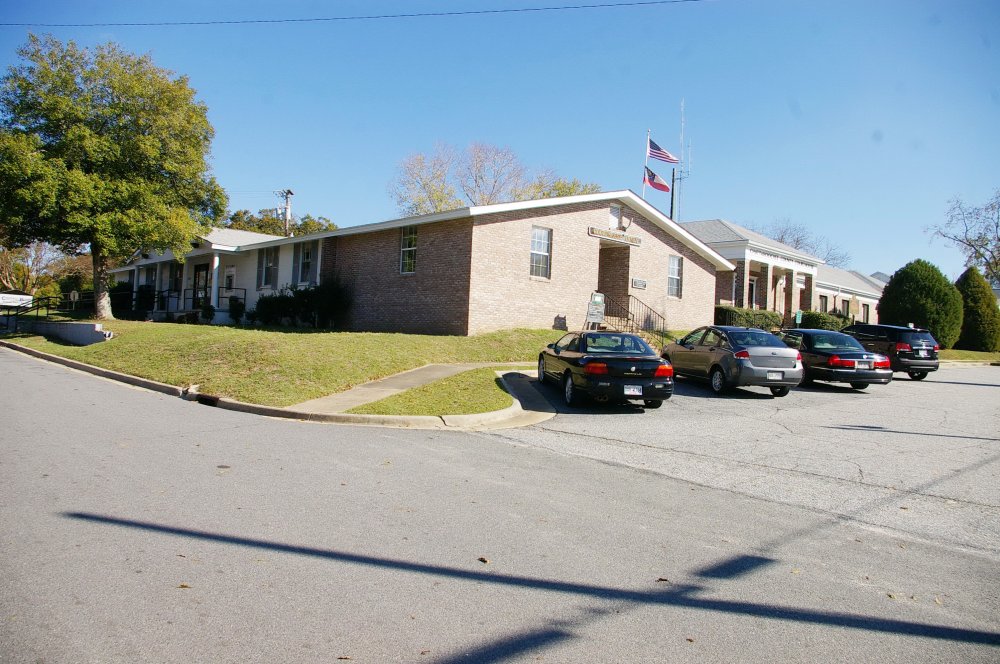 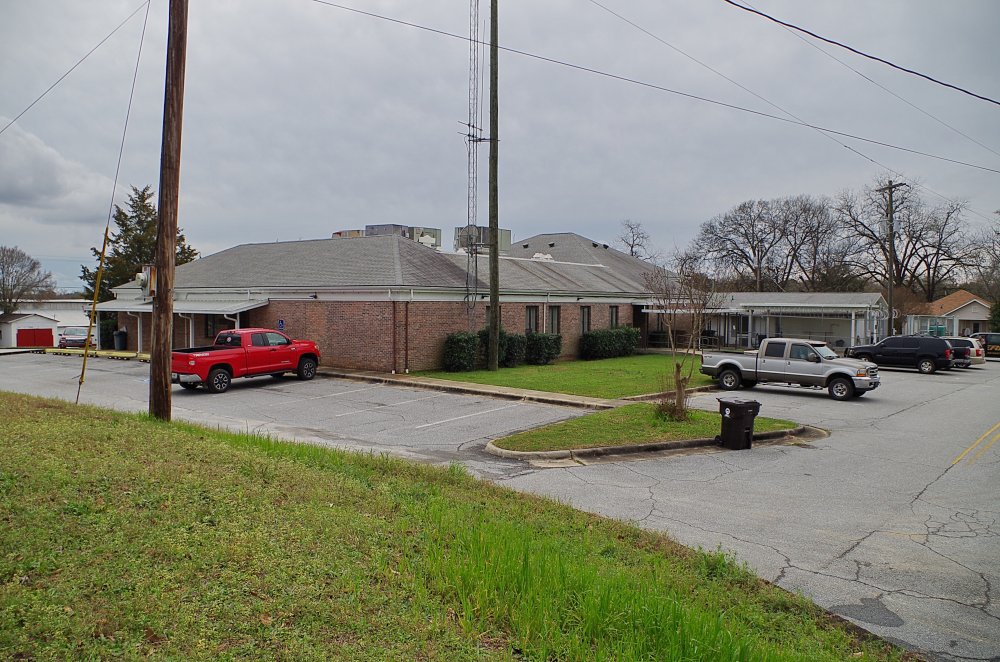 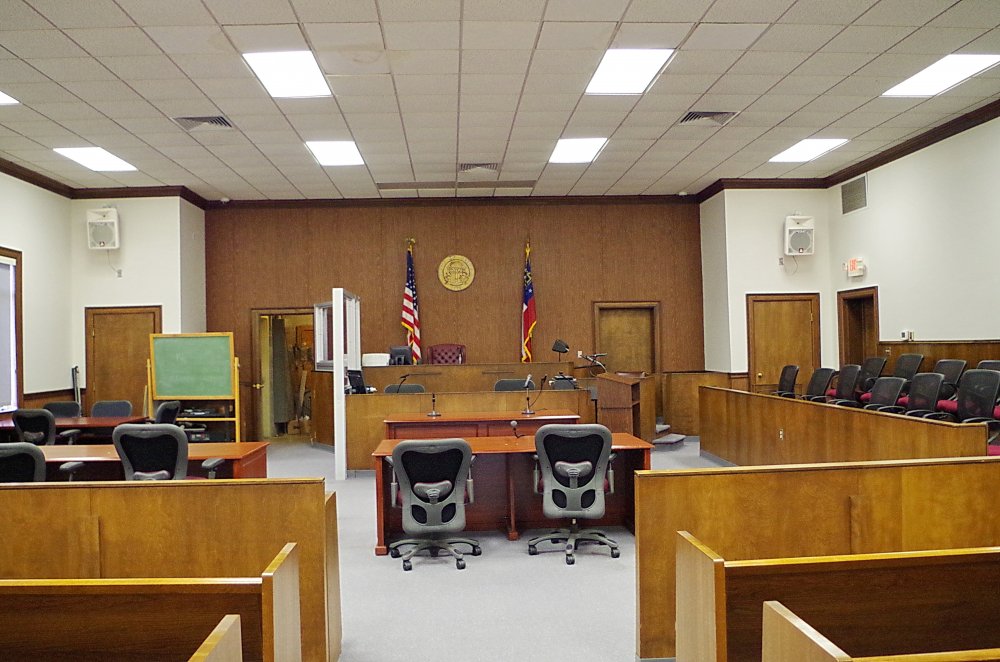 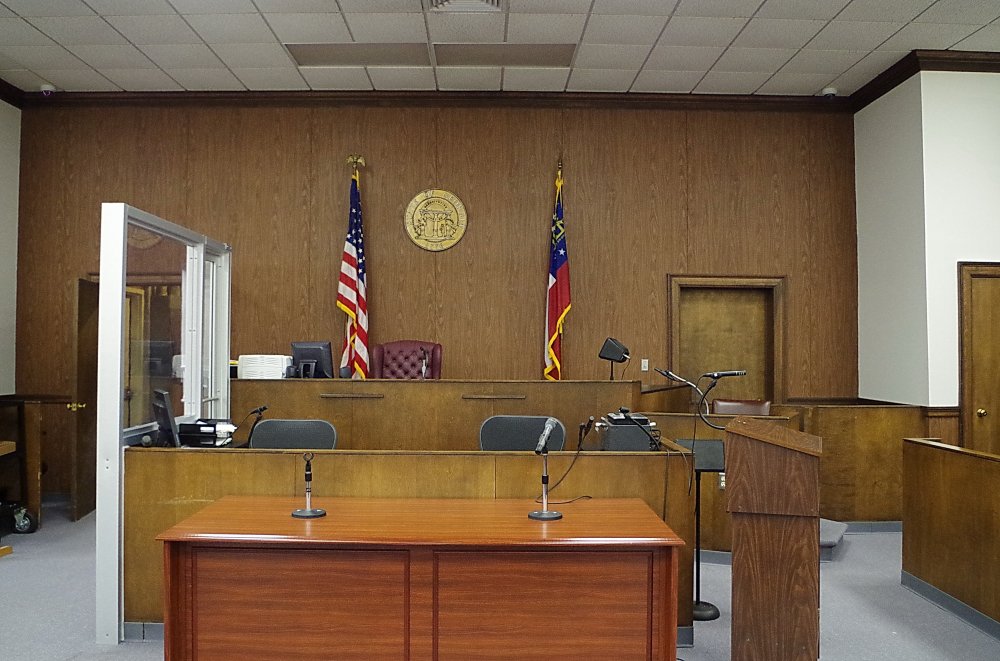 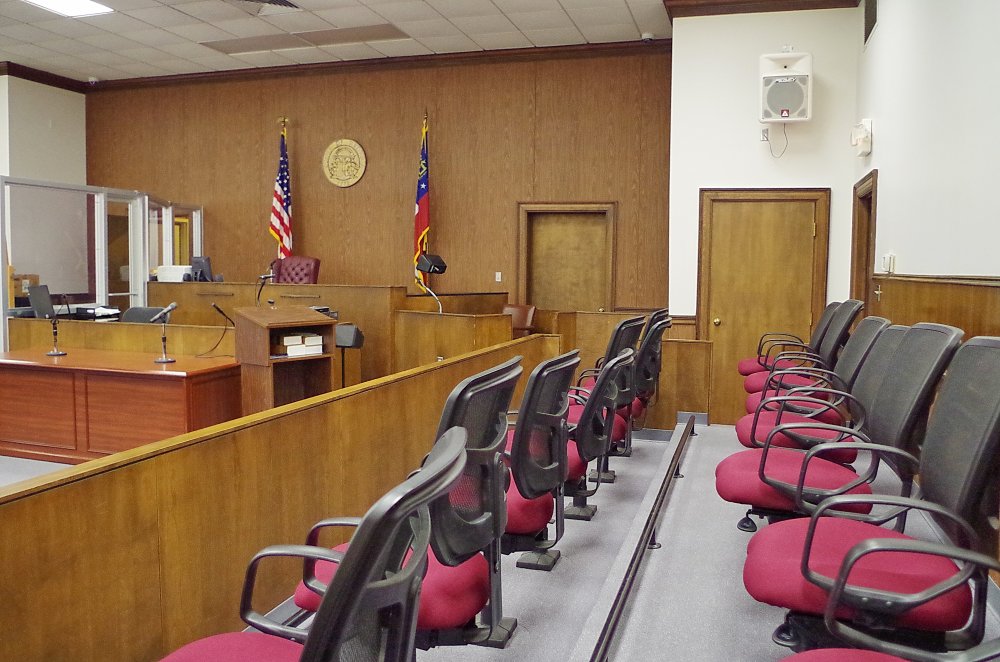