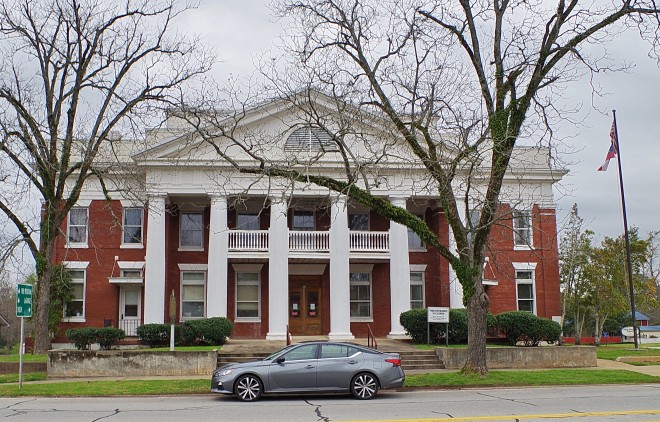 Harris County is named for Charles Harris, who was a noted lawyer and mayor of Savannah. 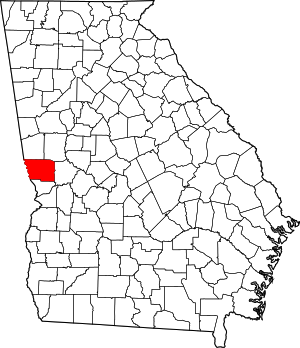 Description:  The building faces west and is a three story red colored brick structure. The building is located on landscaped grounds in the center of Hamilton. The west front has a large portico supported by six large white columns rising to a wide pediment at the roof line. There is a balcony on the second story.  A wide eave runs below the roof line. The main ebtrance is located at the center of the south side. The old courtroom is located on the west side of the third story. A red colored brick and concrete addition was constructed on the east side in 1998. The architect was JRA Architects Inc. and the contractor was DE/TE Builders, Inc. 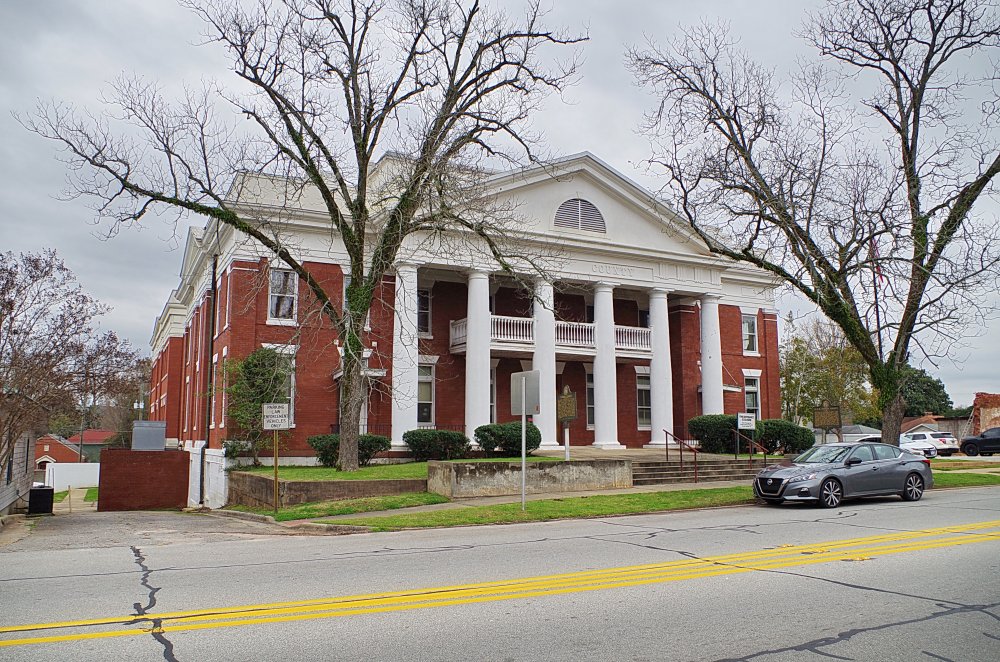 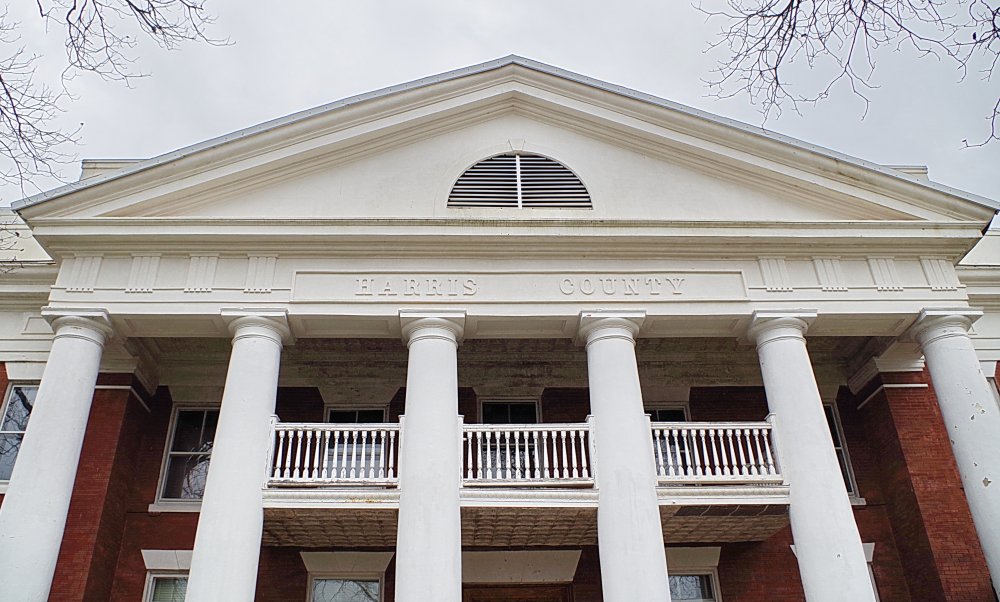 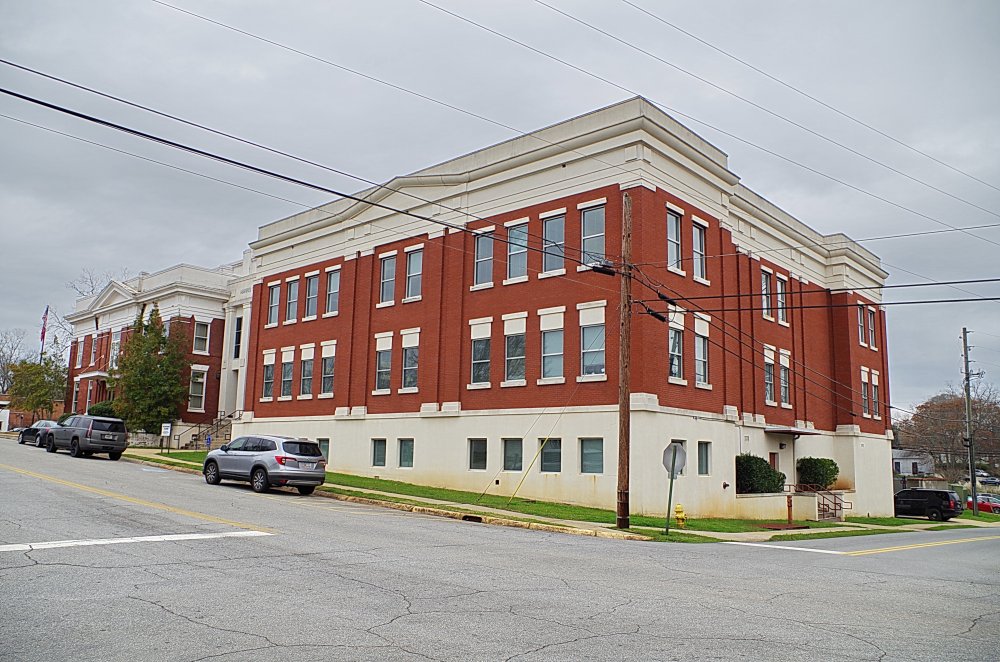 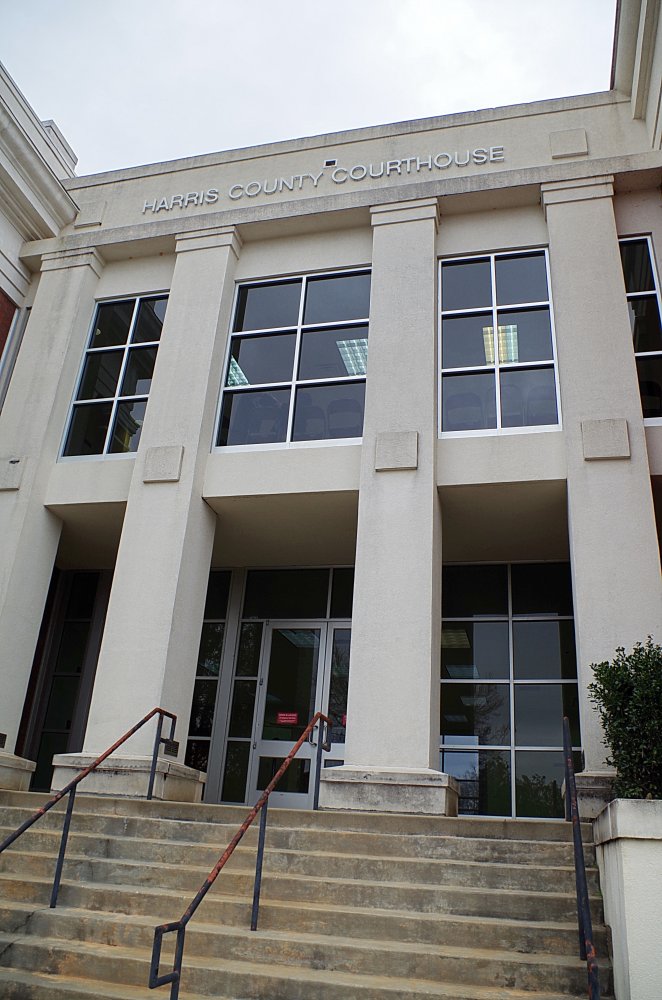 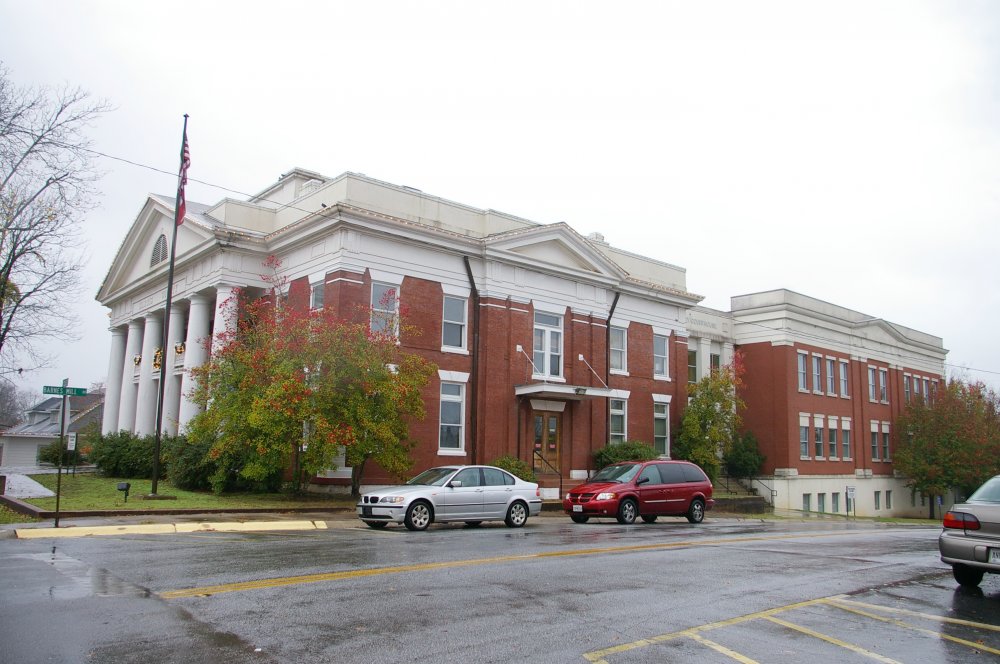 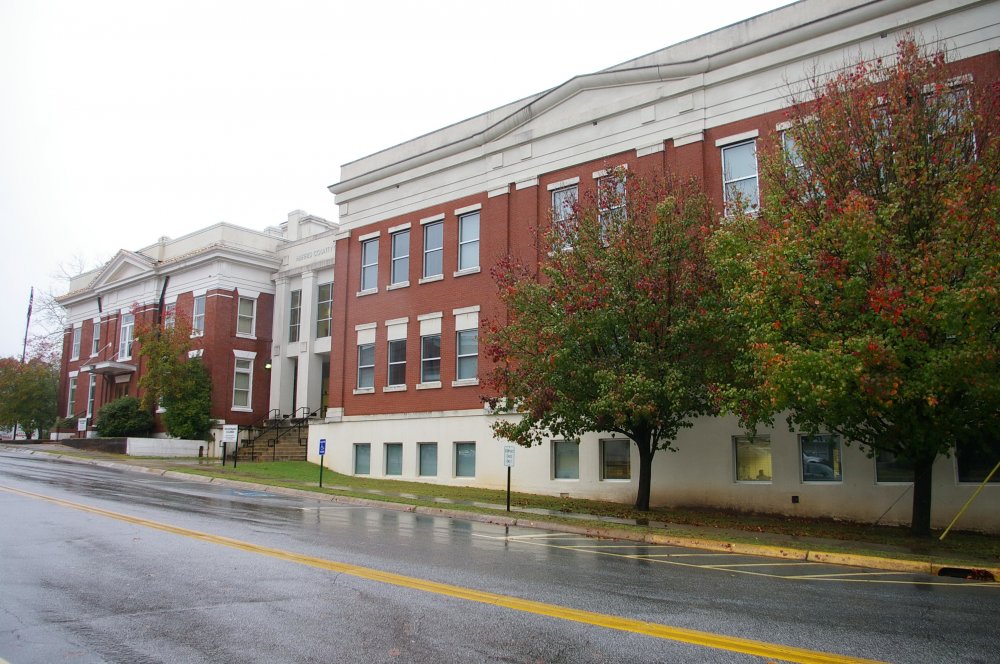 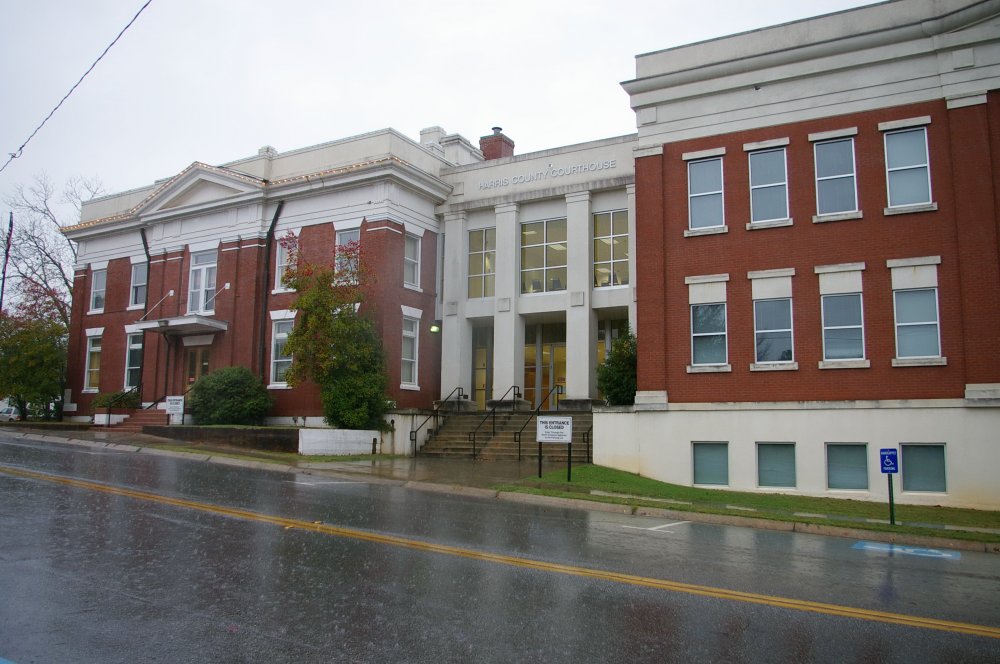 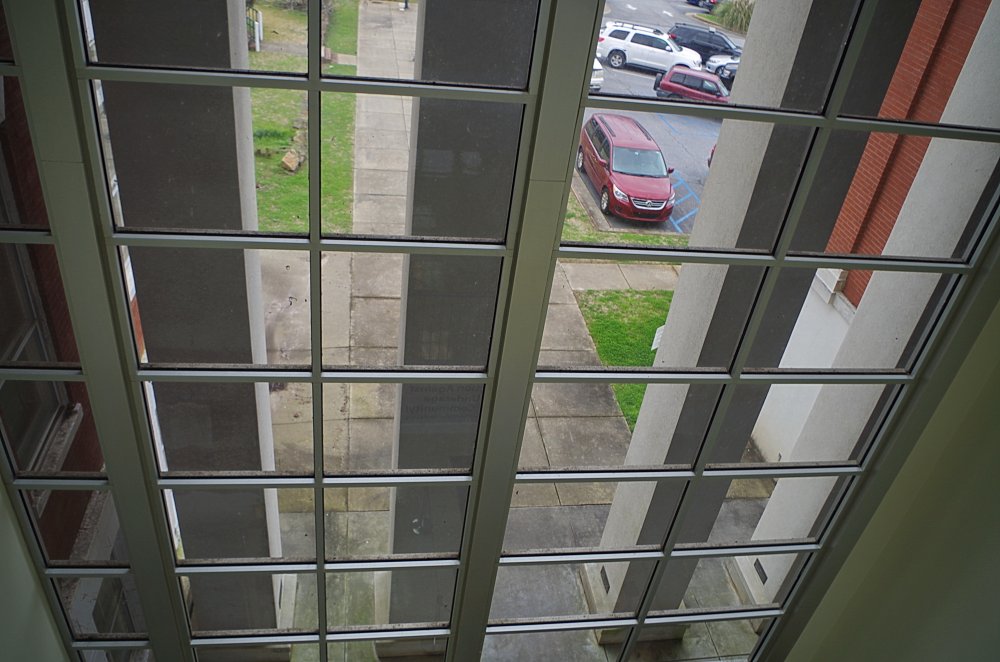 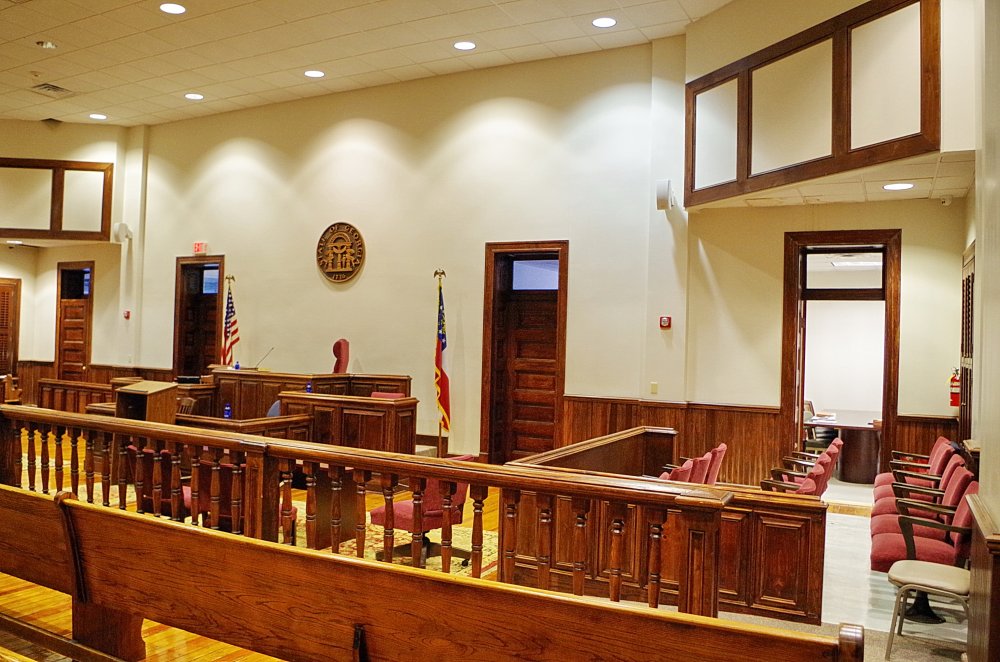