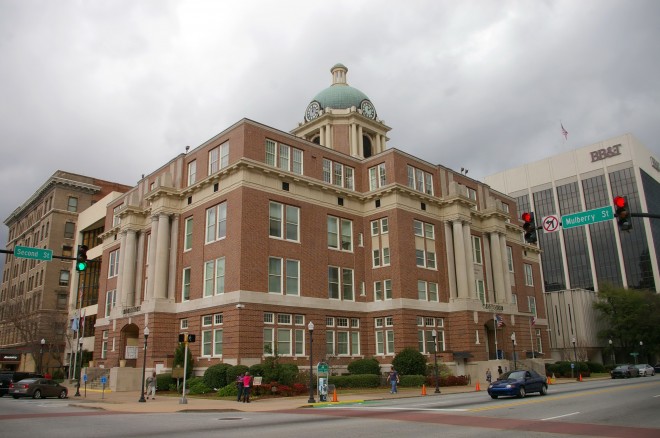 Bibb County is named for Nathaniel Macon, who was a former United States Speaker of the House of Representatives and a Senator from North Carolina. 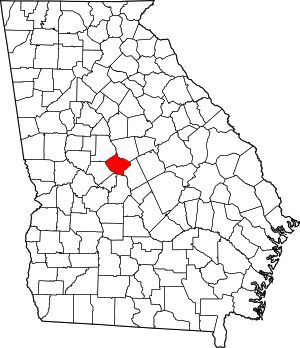 Description:  The building faces east and  is a four story red colored brick, concrete and stone structure. The building is located in the center of Macon. The east front has an arched entrance on the first story with four columns rising from the second story to the third story with windows between. A horizontal band runs between the first and second stories and between the third and fourth stories where a cornice projects from the building. On the center of the roof is a dome with green colored roof. The interior floors are marble. During construction the superintendent was Jere Fuss. In 1922 to 1924, the building was reconstructed. The architect was Curran R Ellis and contractor was Southern Ferro Concrete Company. During construction, the superintendent was L R Samford. In 1926, the fourth story was added to house the jail. In 1940, the building was remodeled under the Works Project Administration. The modern addition on the west side was constructed in 1979. The architect was Britain, Thompson, Olson & Bray of Macon and the contractor was Amerson Construction Company of Macon.

See:  The architect, Gurdon Paine Randall of Chicago also designed the courthouses in Illinois in Montgomery County and Morgan County; in Indiana in Benton County and Marshall County, and in Michigan in Menominee County. 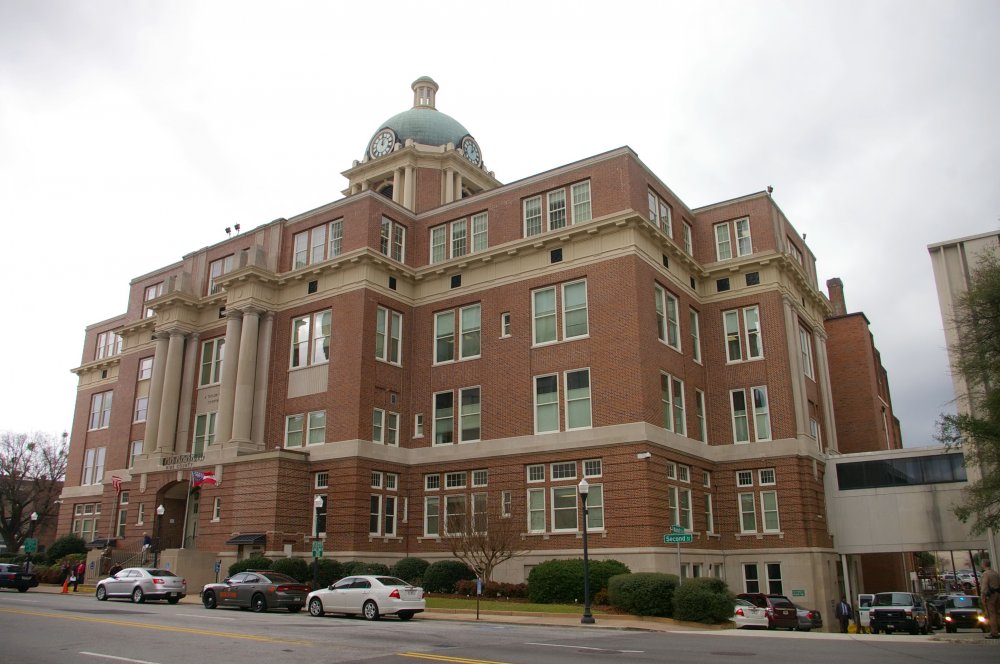 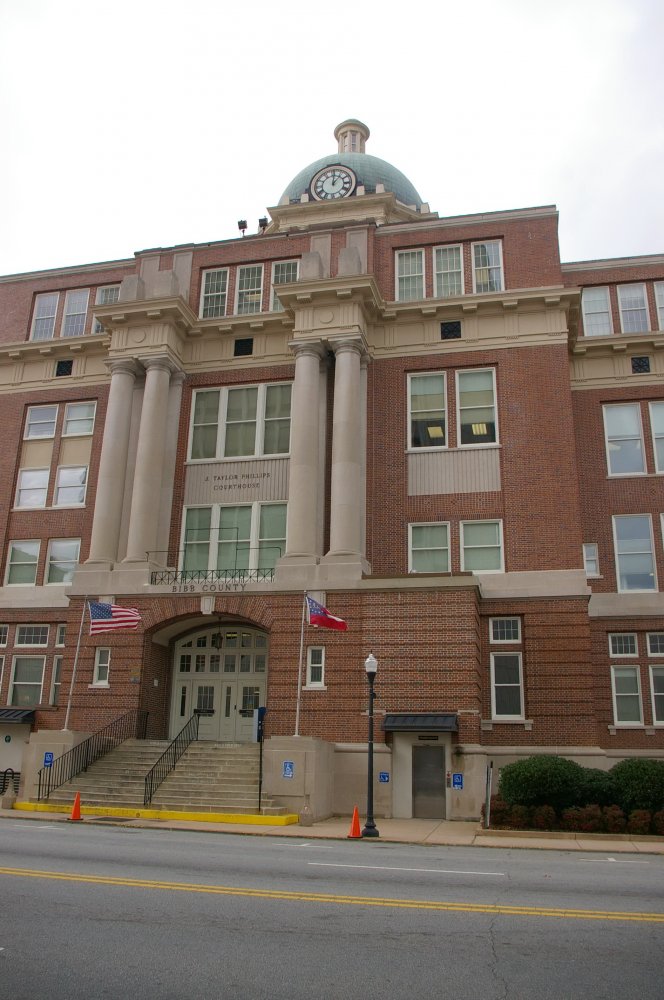 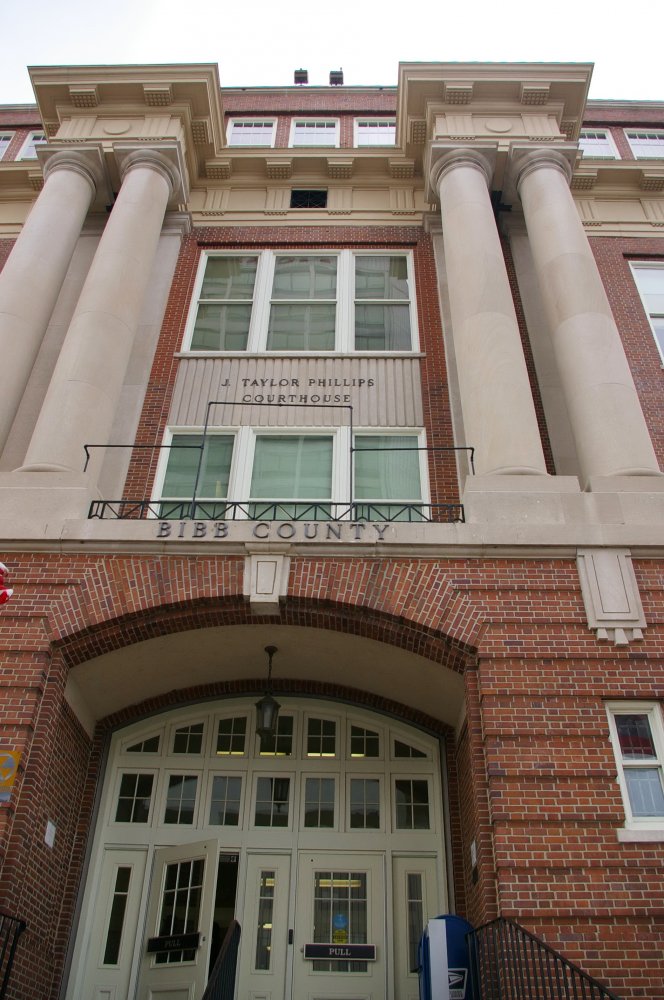 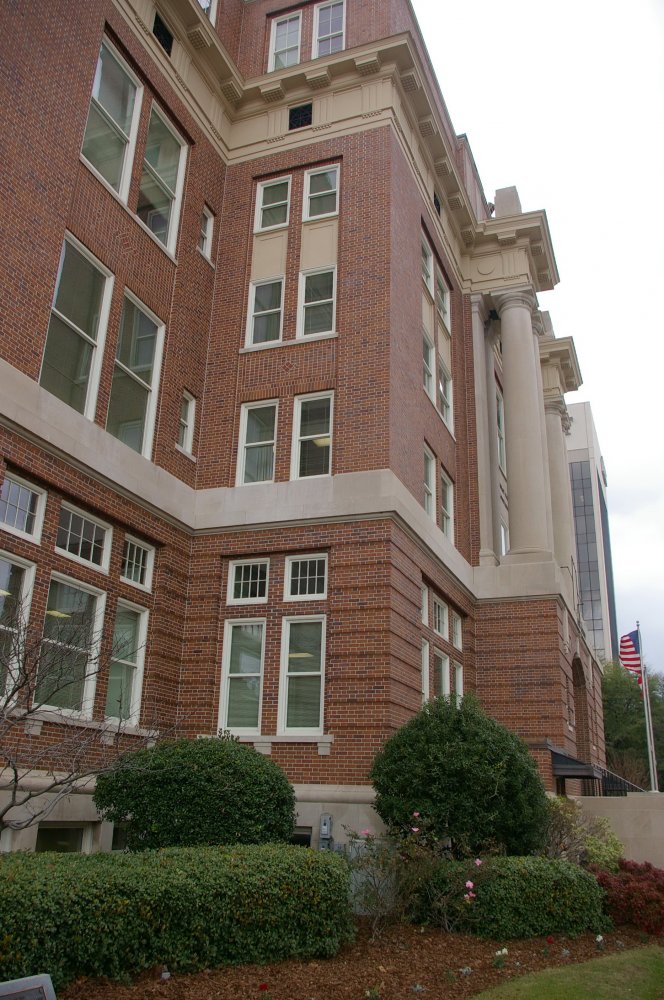 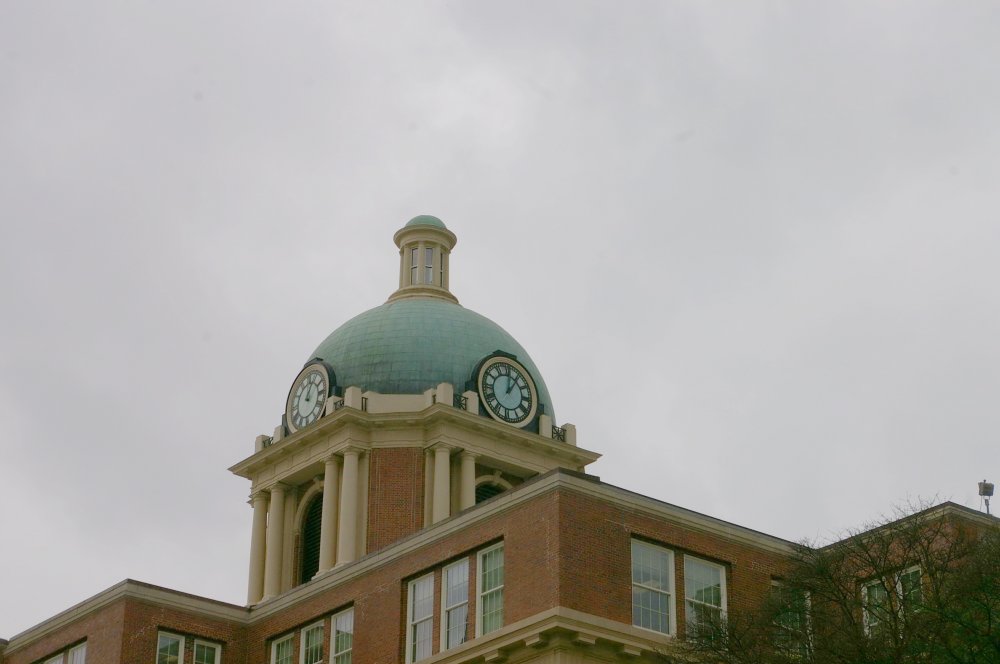 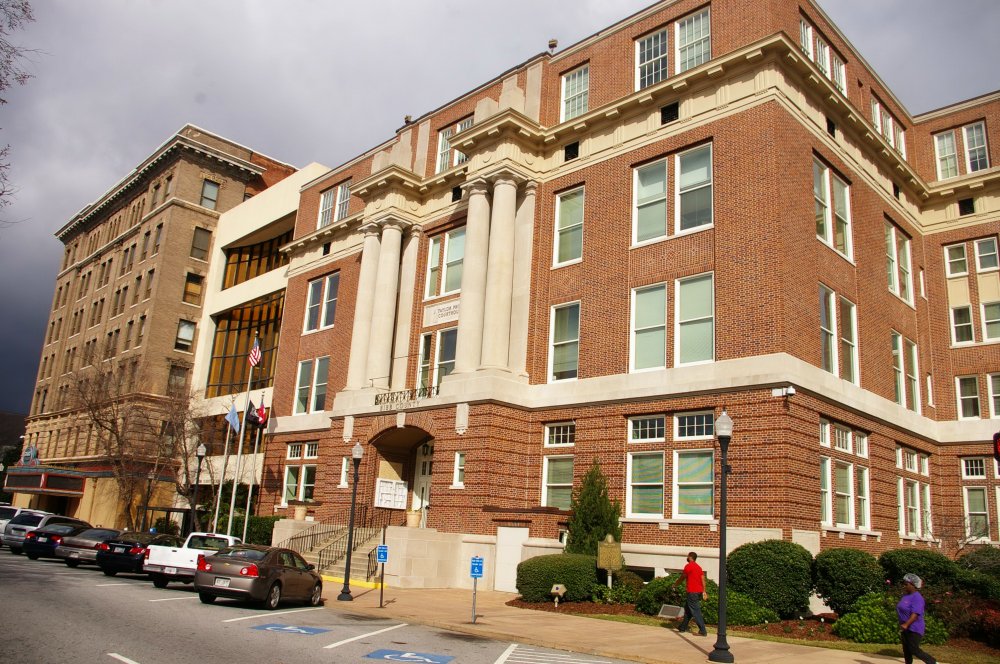 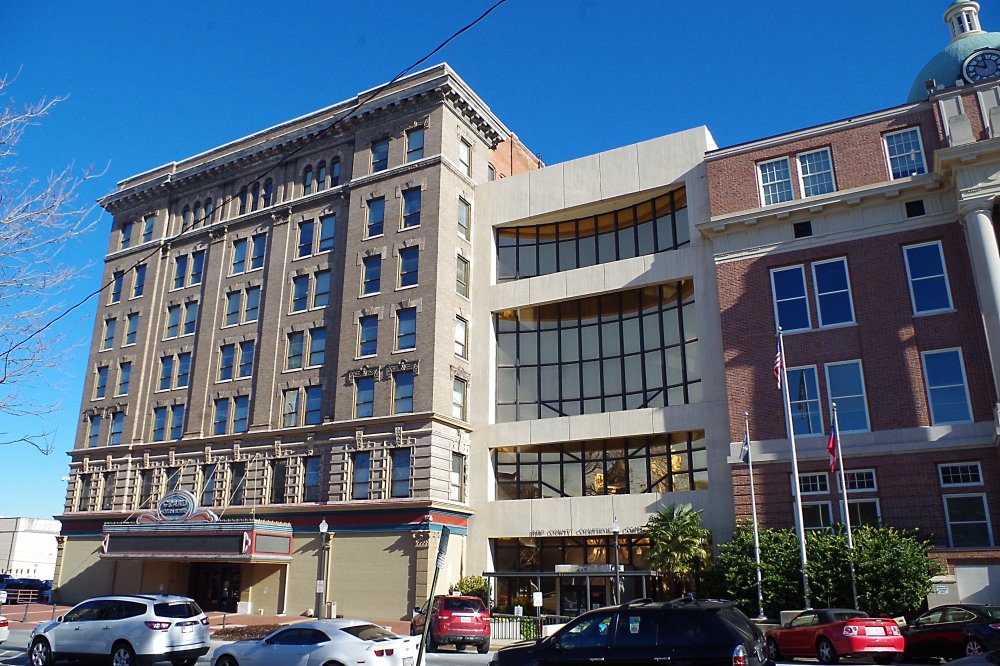 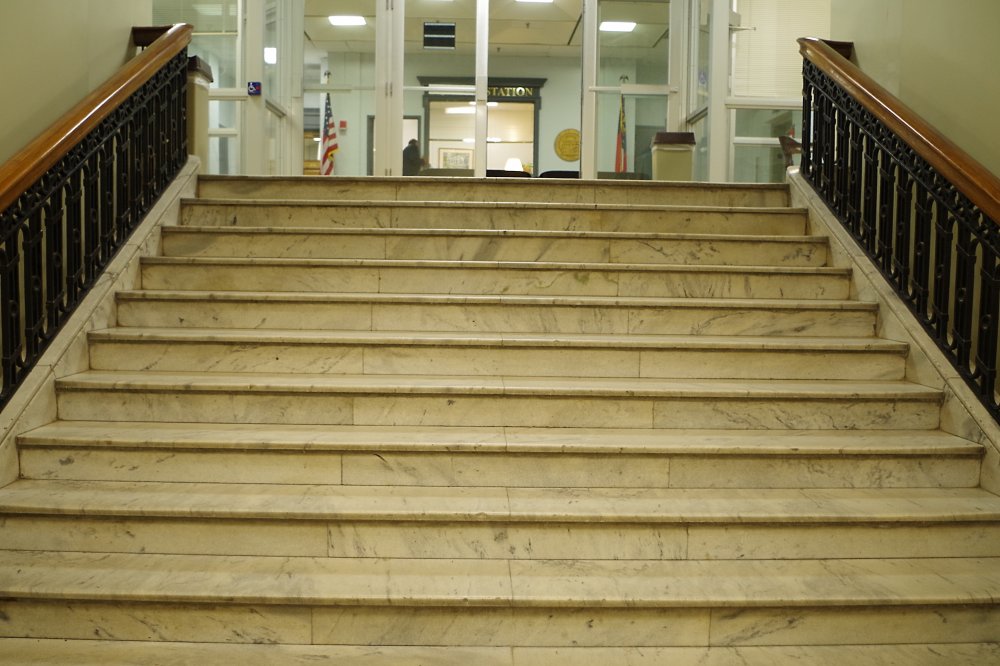 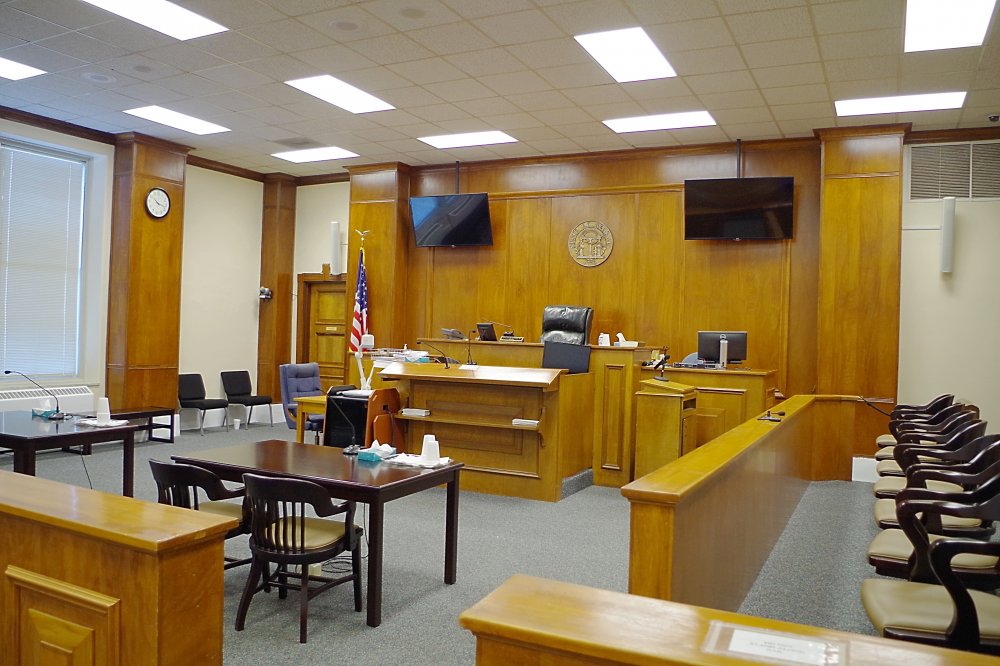 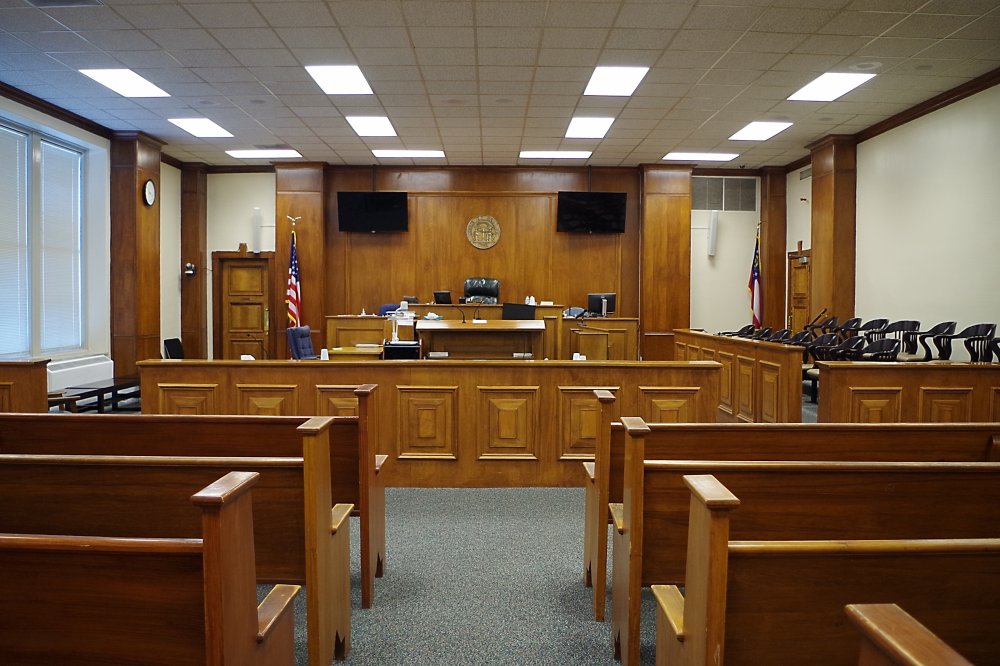 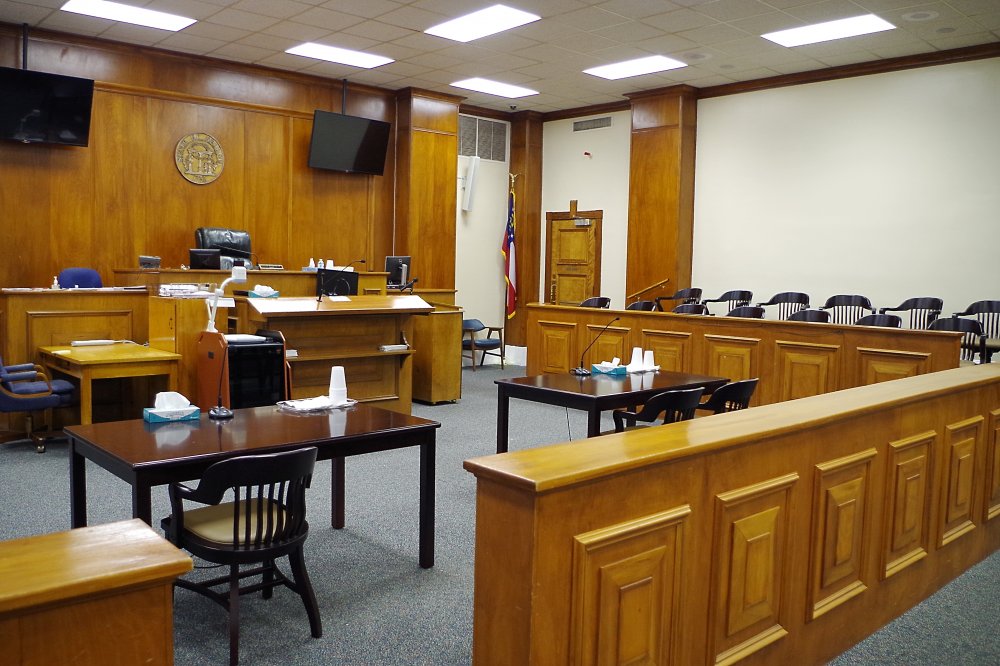 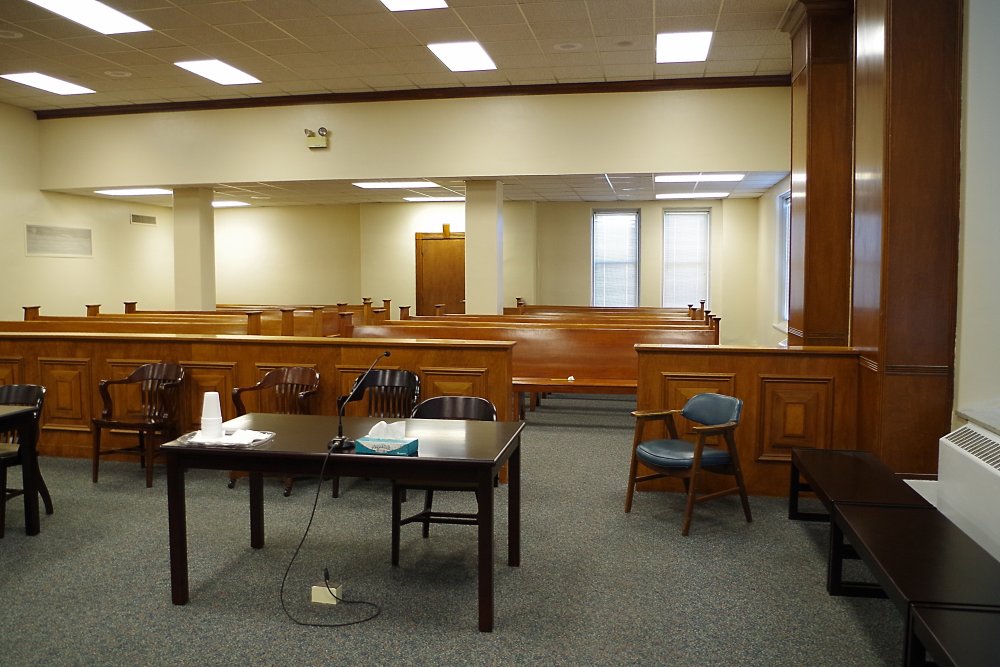 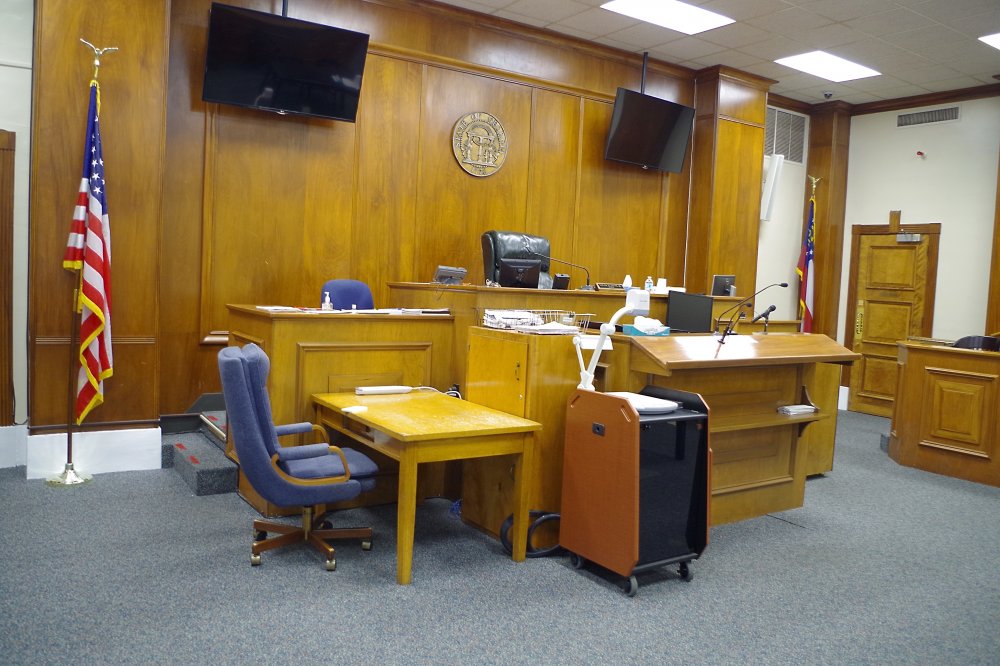 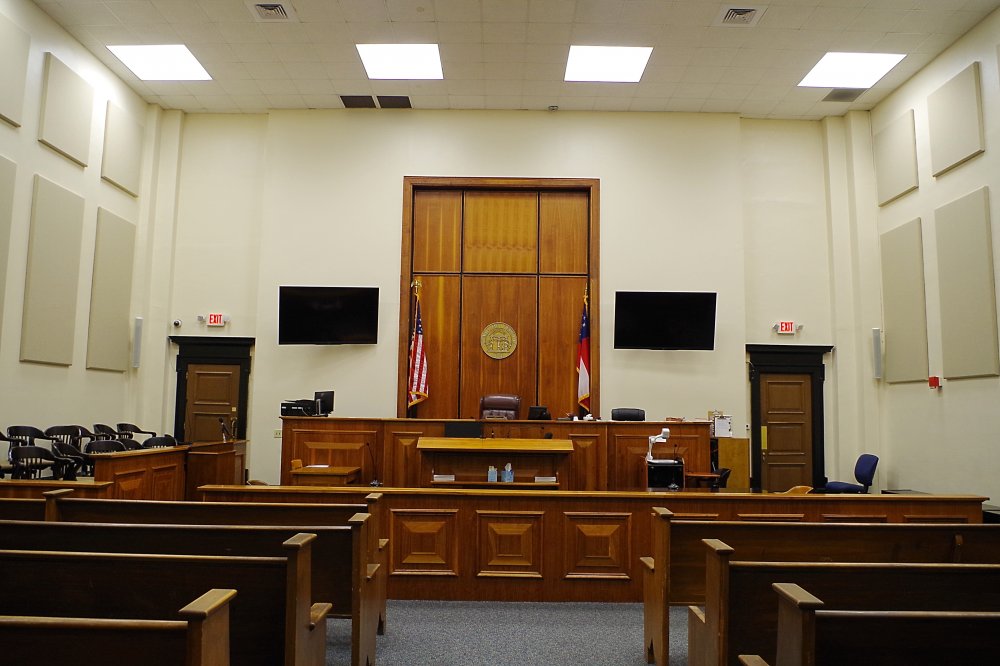 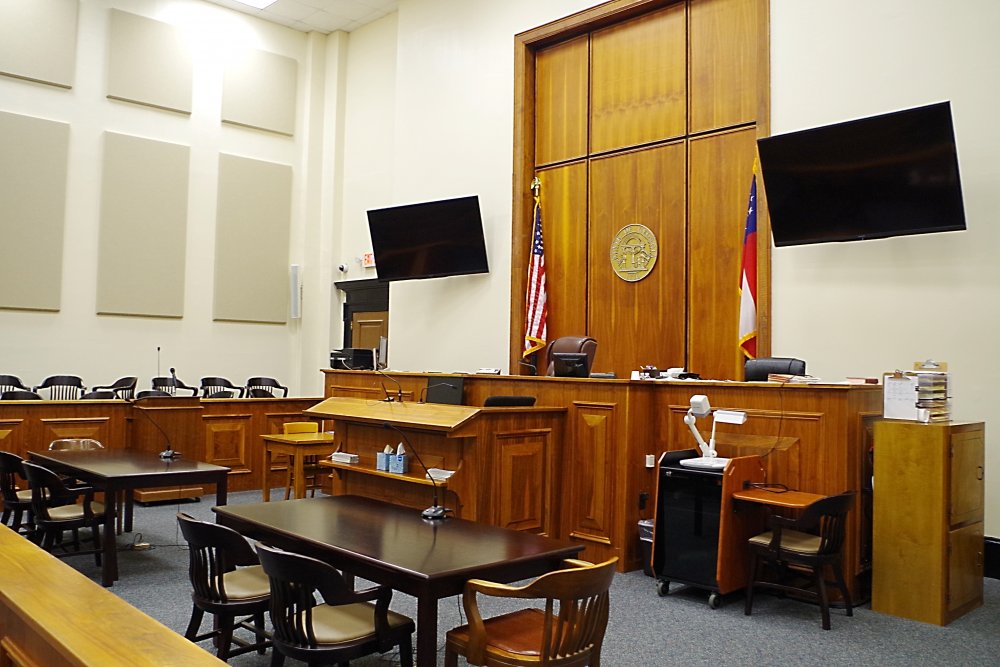 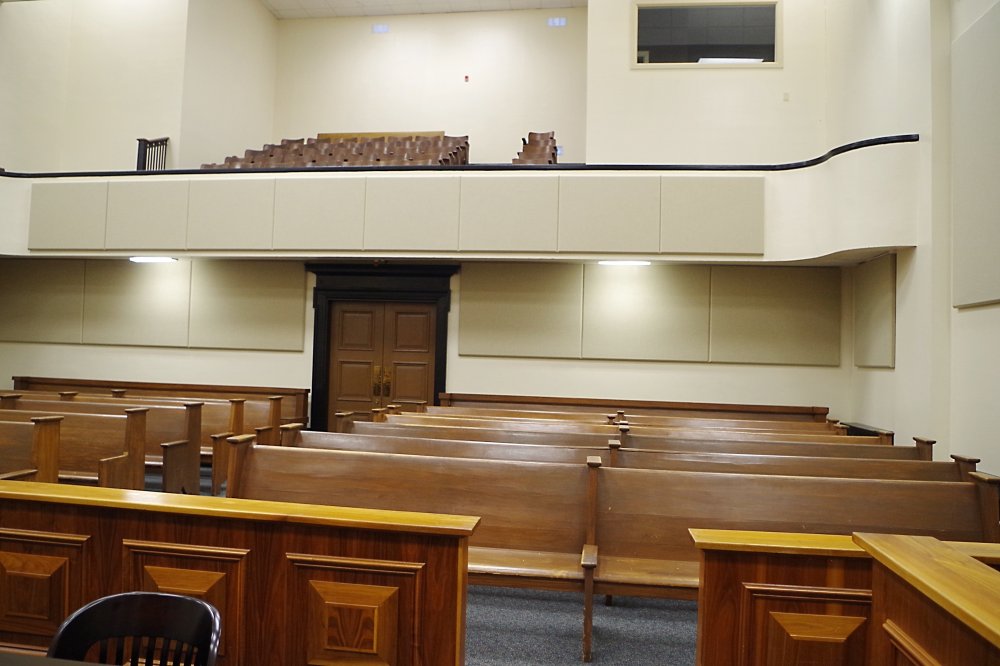 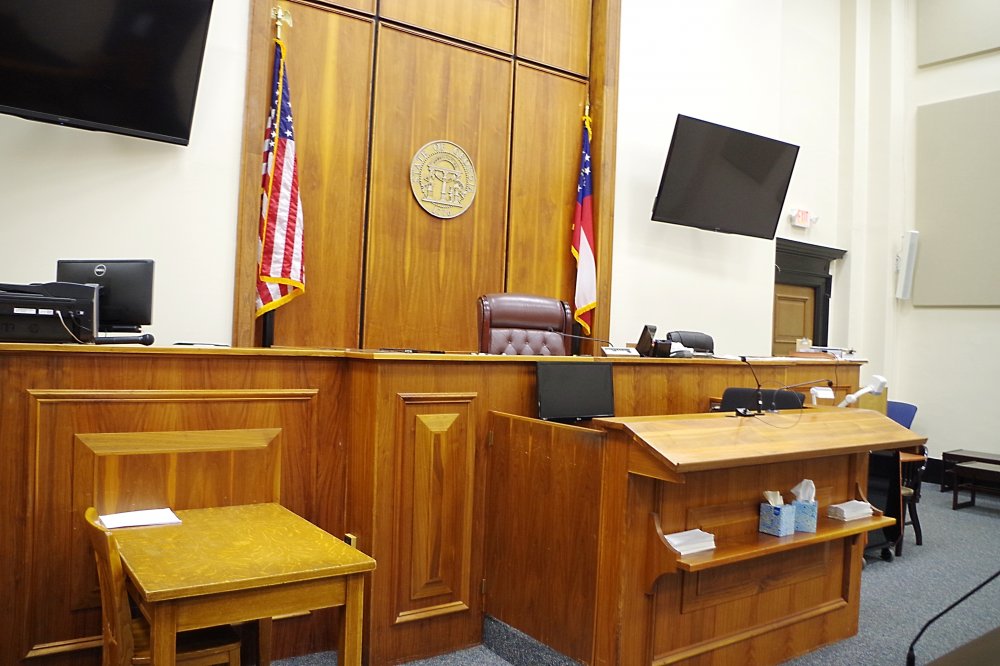 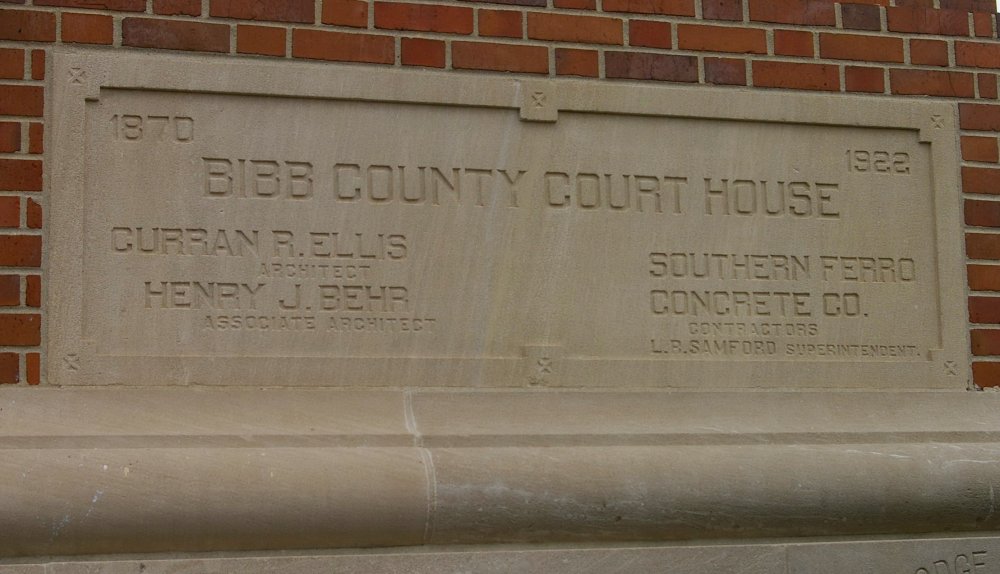