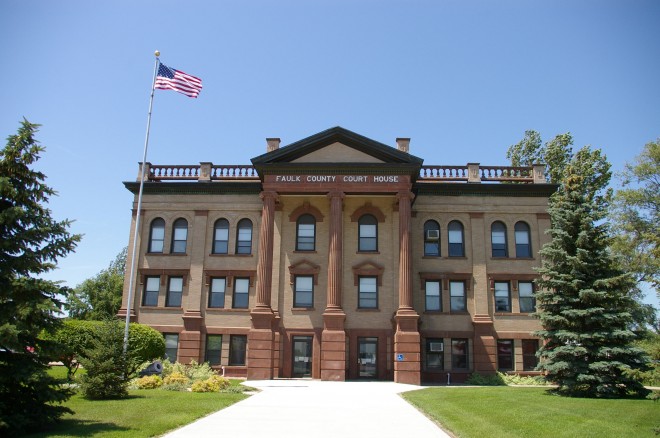 Faulk County is named for Andrew J Faulk, who served as the third Dakota Territorial governor from 1866 to 1869. 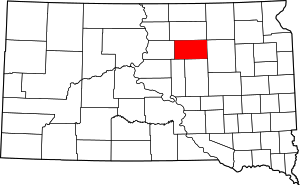 Description:  The building faces east and is a stately rectangular three story brown colored sandstone structure. The building is located on landscapred grounds in the center of Faulkton. Exterior walls are structural clay tile clad with Omaha pressed brick. Exterior trim is Port Wing brown colored sandstone. The building has a red colored stone base and portico supported by three large columns on the east side rising to a pediment. The roof line of the building has a balustrade. The first story windows have flat lintels and the second story windows are topped by a sandstone entablature supported by aeons. Third story windows are arched brick with pronounced archivolt trim. The interior has a wide central hallway. Two single run stairways, mirroring each other, rise along the north and south walls of the hallway. The balustrades are comprised of turned-wood balusters; newel posts are wood rising from the floor to the ceiling. The floors in the hallways are octagonal, tan ceramic tile highlighted with orange-red squares. The second story hallway floor also has a wide border of earth-tone tiles in varying sizes. All woodwork throughout the building is oak. The courtroom on the west side of the third story does retain two recently restored murals by local artist, Charles T Geener. The mural on the north wall depicts an eagle clutching a shield. The mural on the south wall is of an angel flanked by lions. The building houses the County Circuit Court of the 5th Judicial District and the County Magistrate Court. 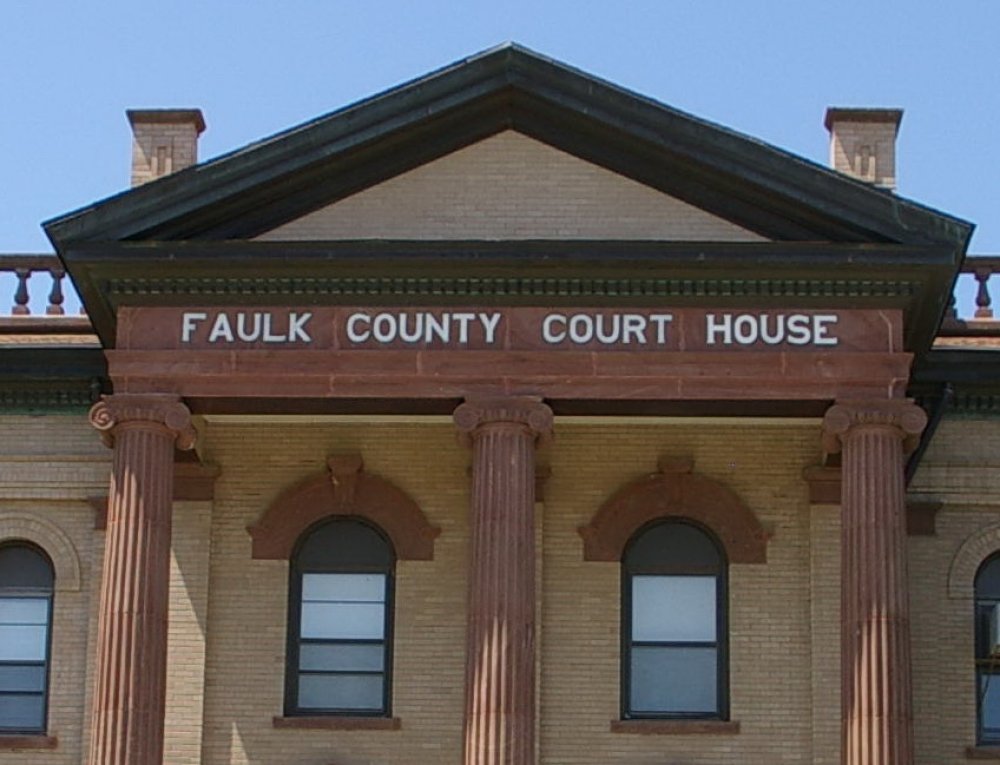 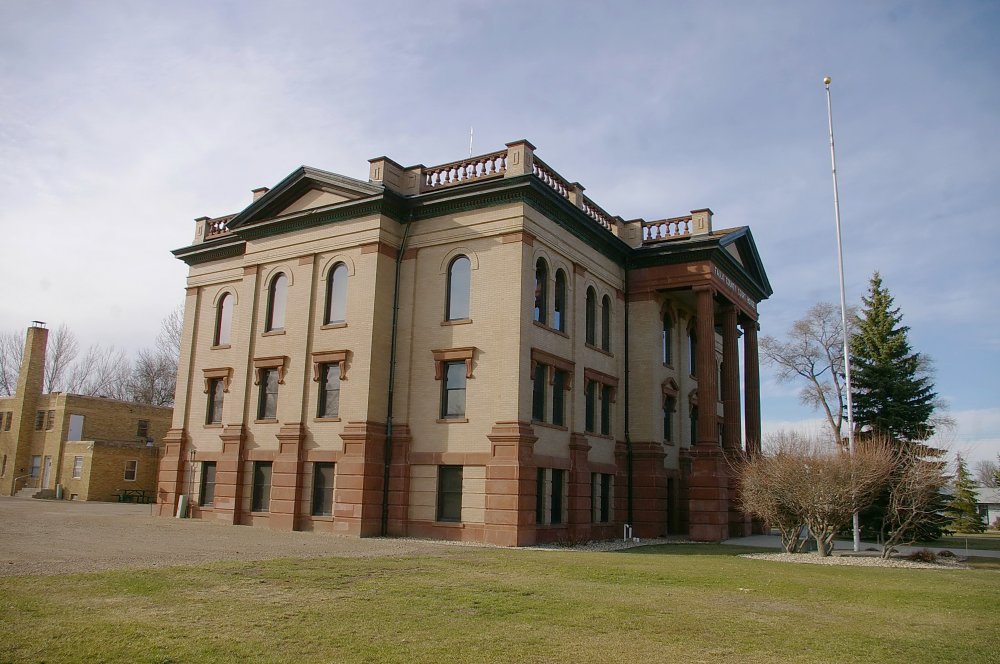 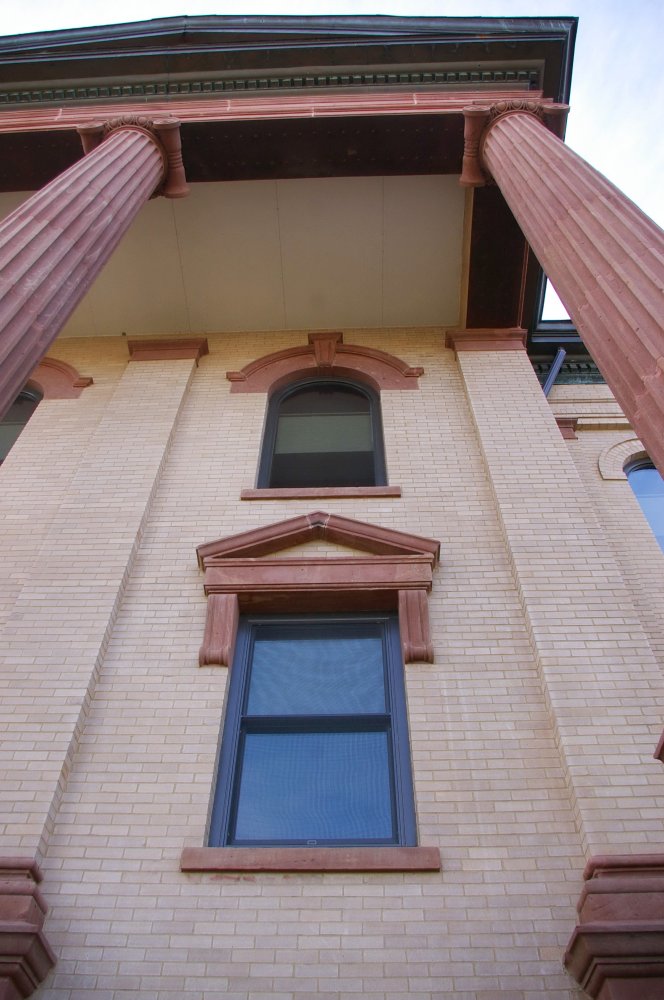 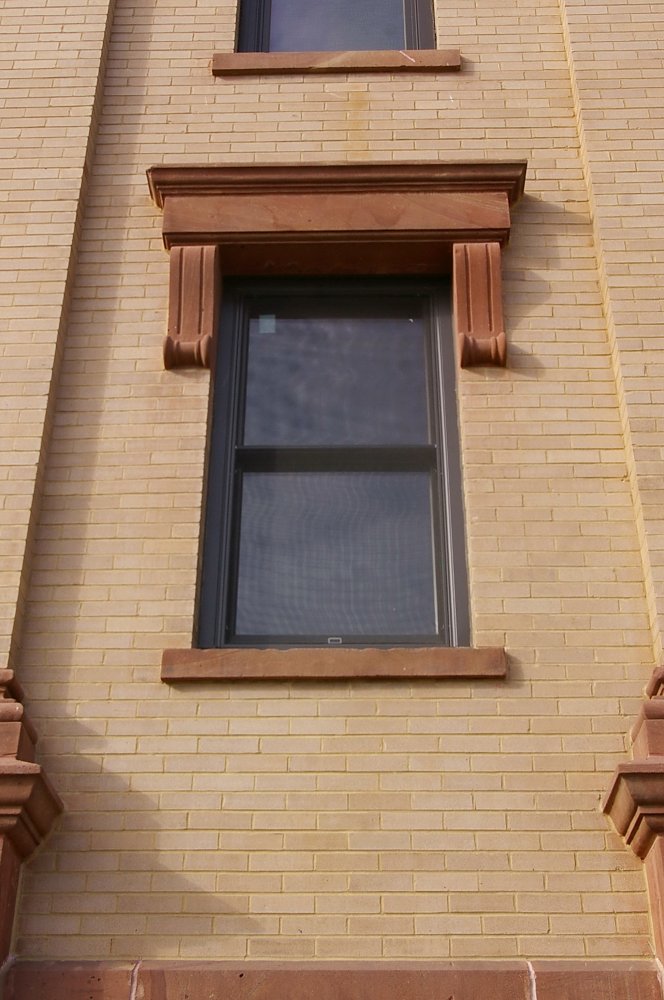 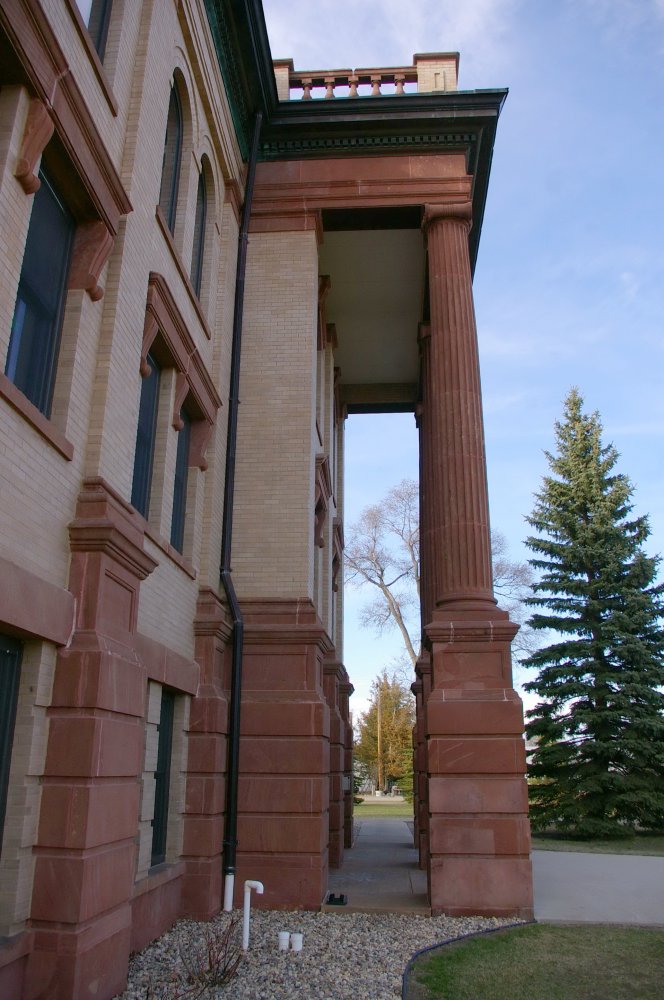 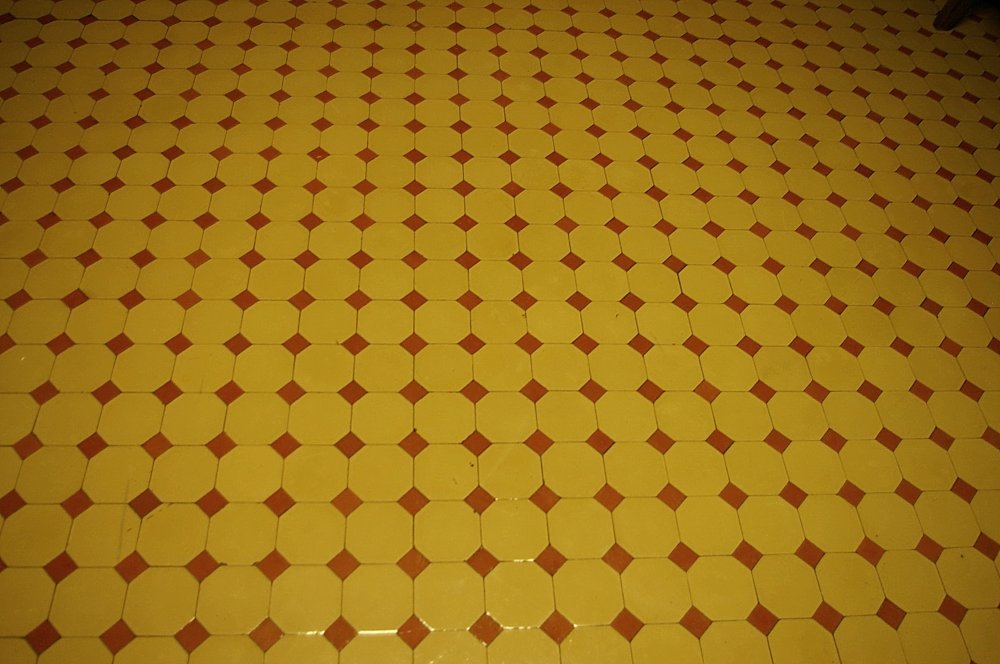 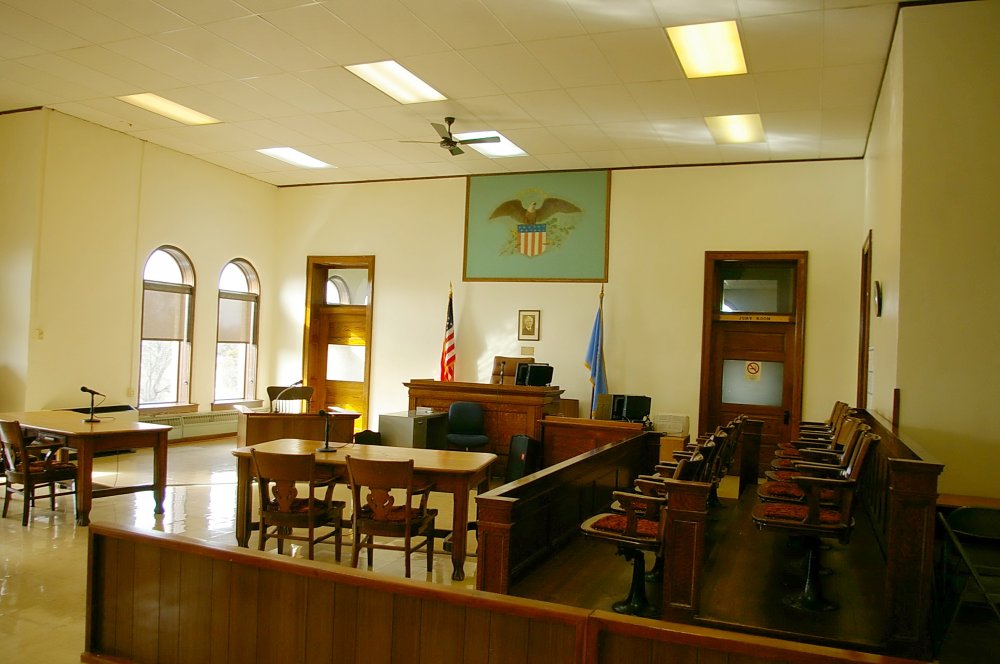 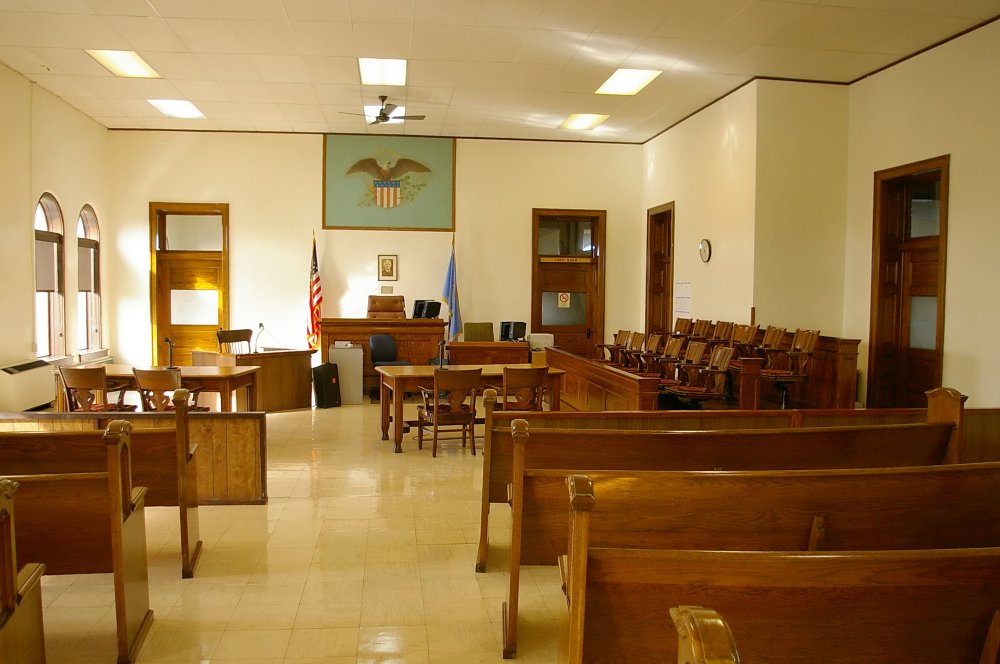 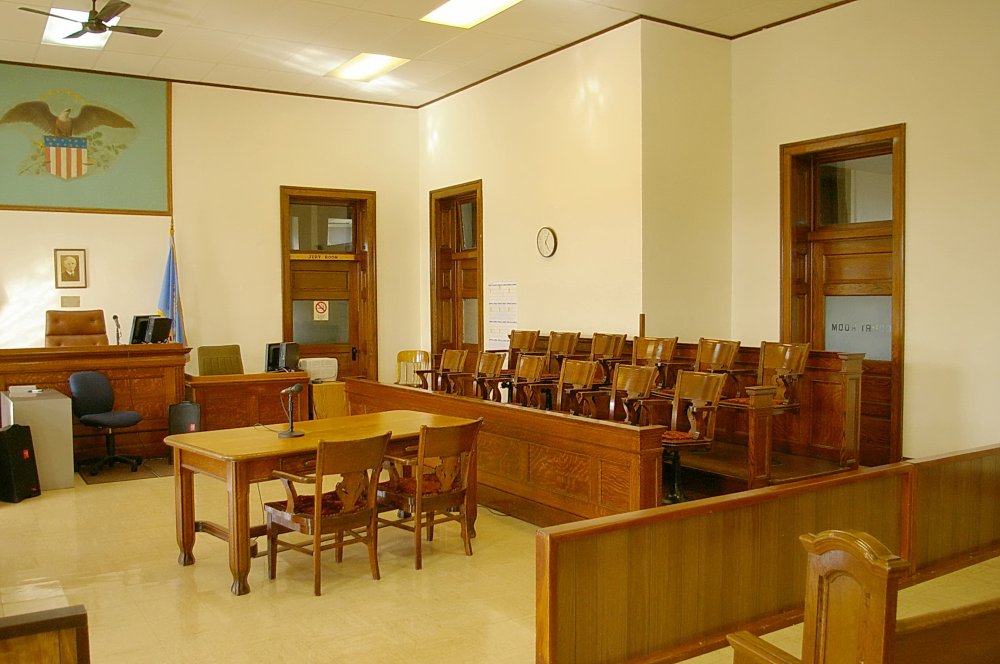 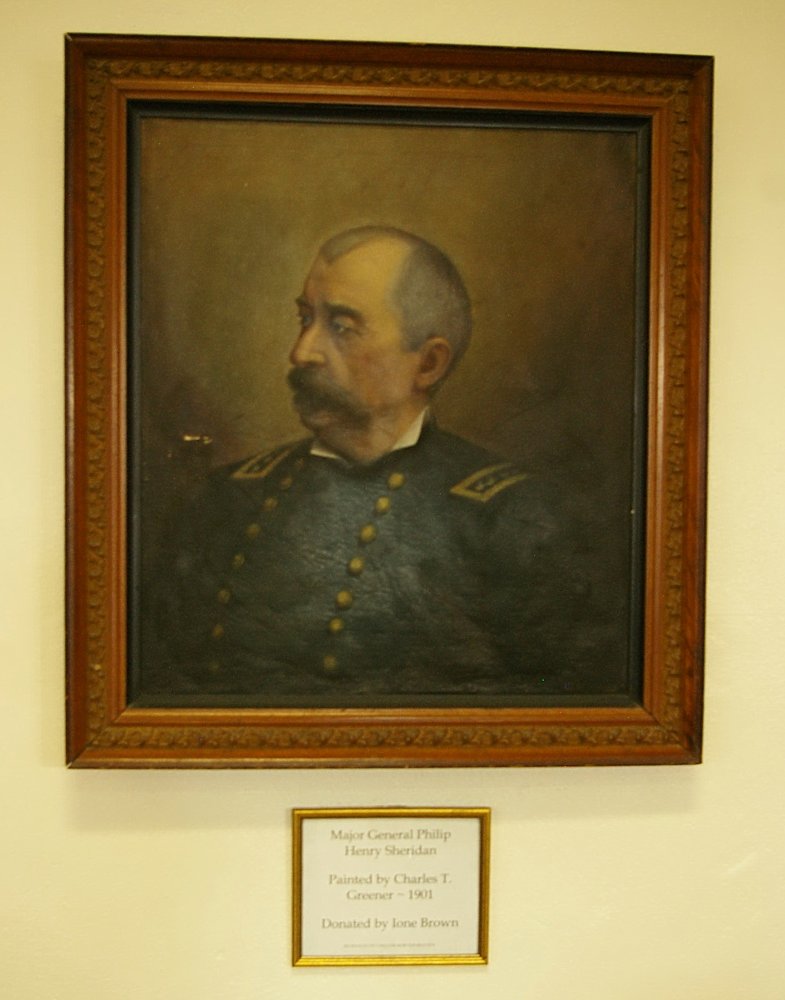 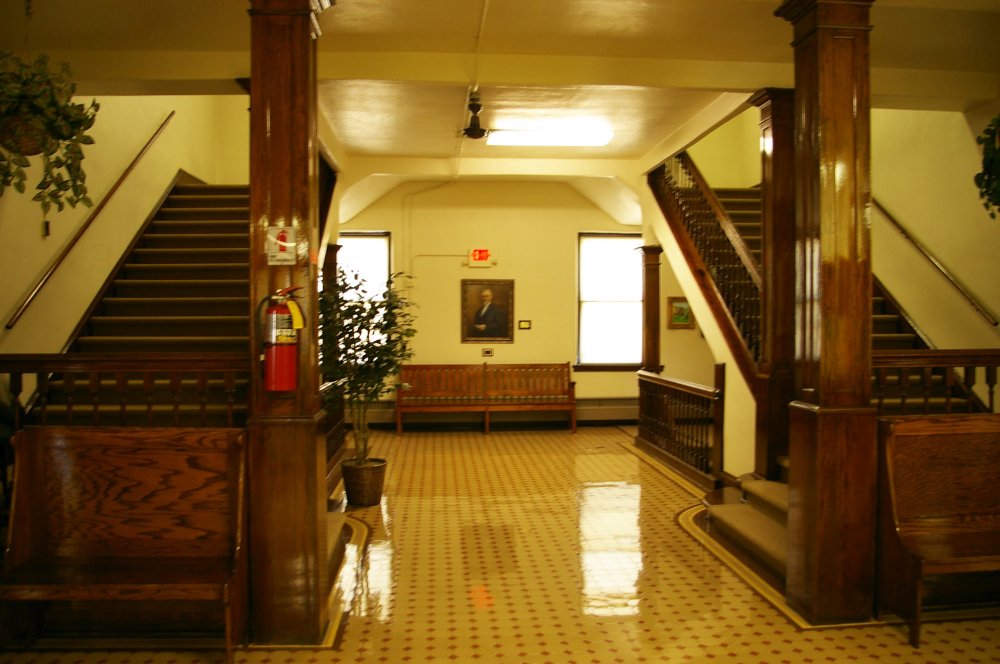 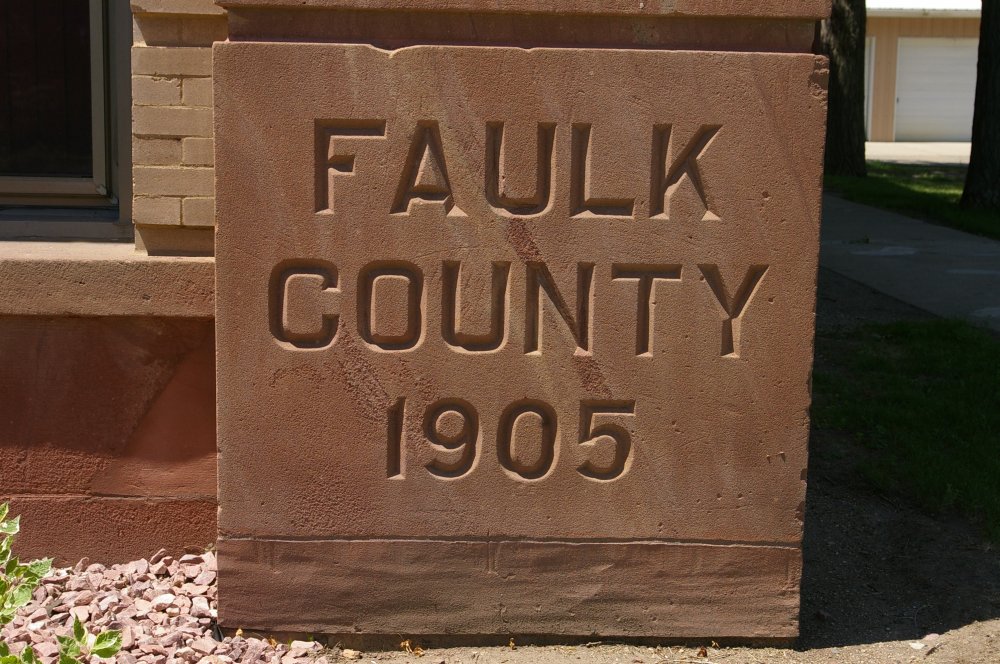 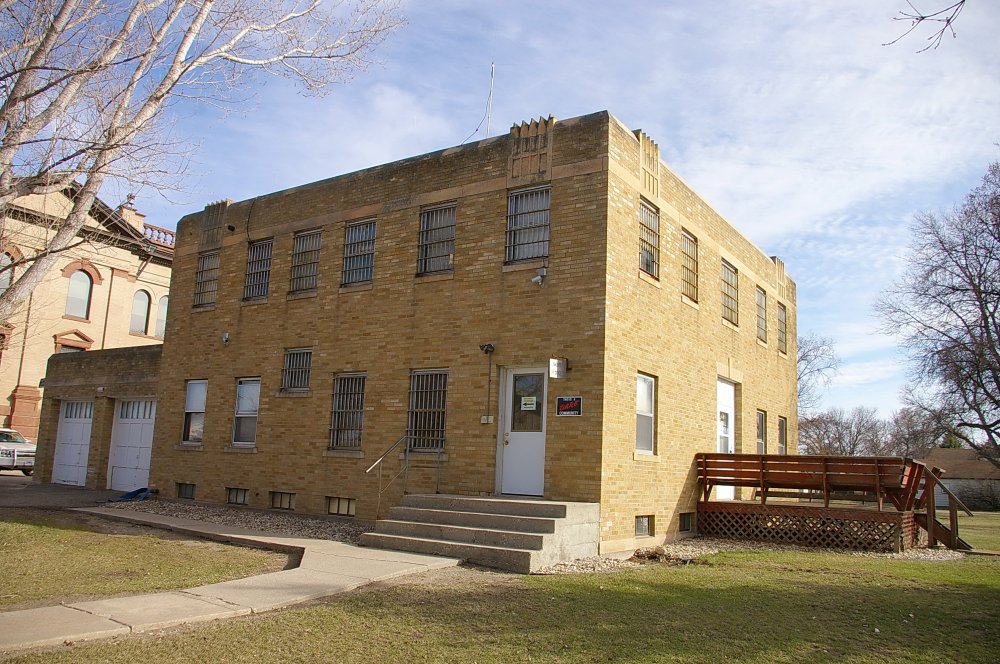 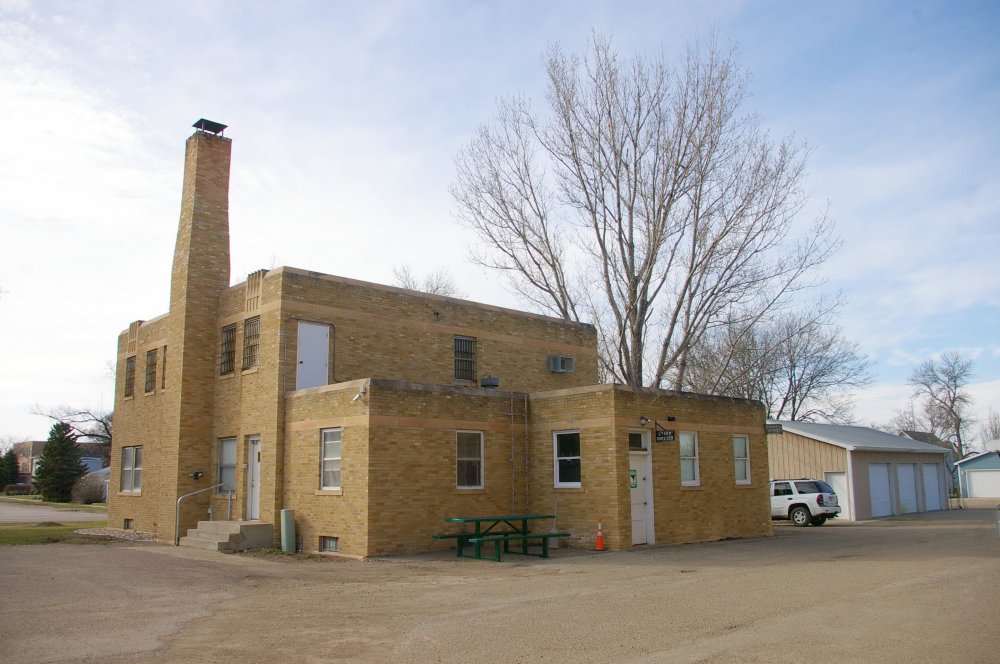