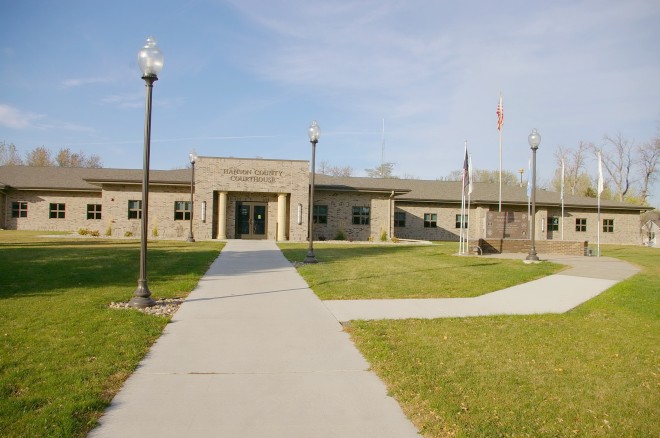 Hanson County is named for Joseph R Hanson of Yankton, South Dakota, who had settled in the area. 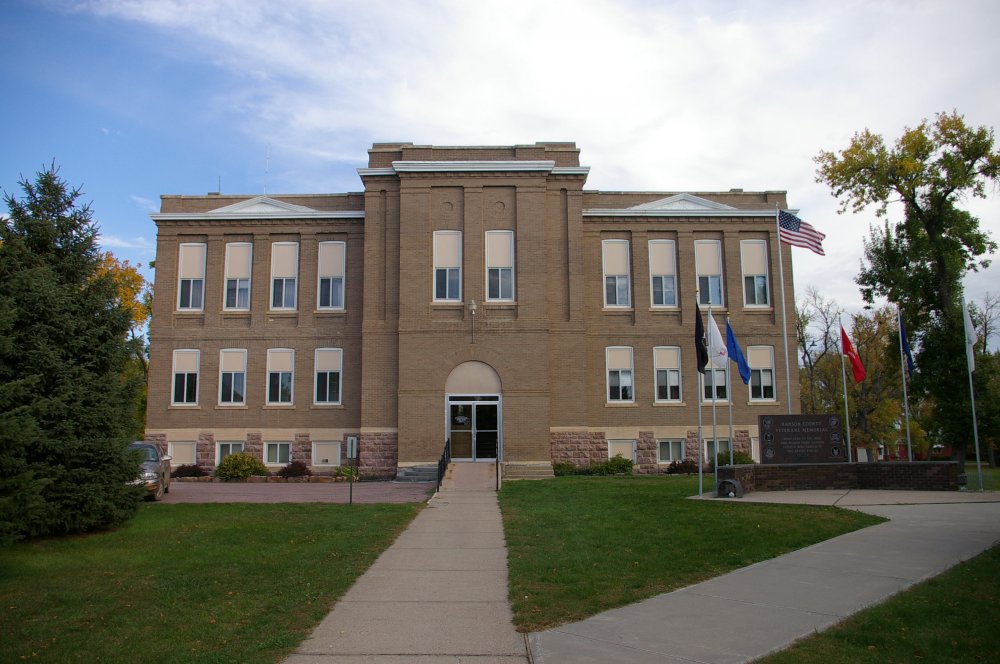 Description: The building faced south and was a two story rectangular grayish colored brick structure. The building had a projecting center sections on each side. The base was rough stone. A horizontal white colored band was located at the roof line. The courtroom was on the second story. The building was demolished on December 1, 2008. 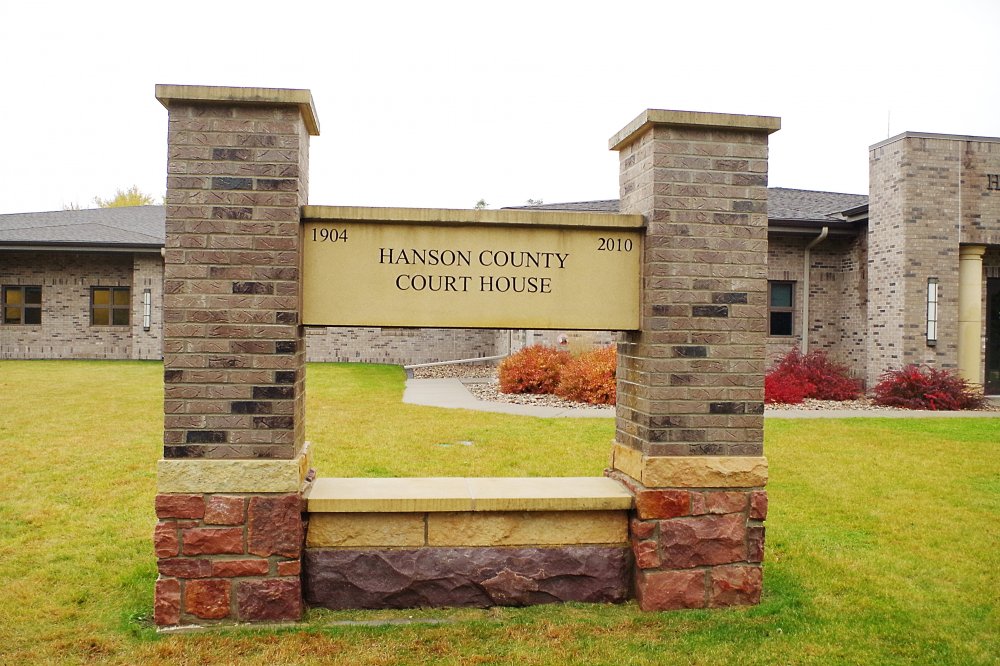 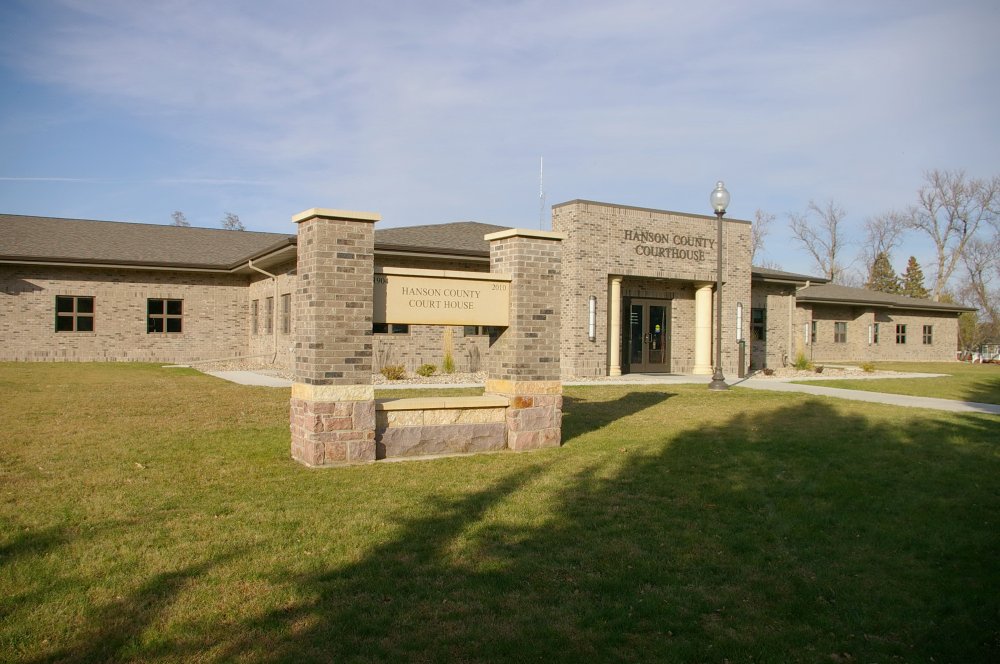 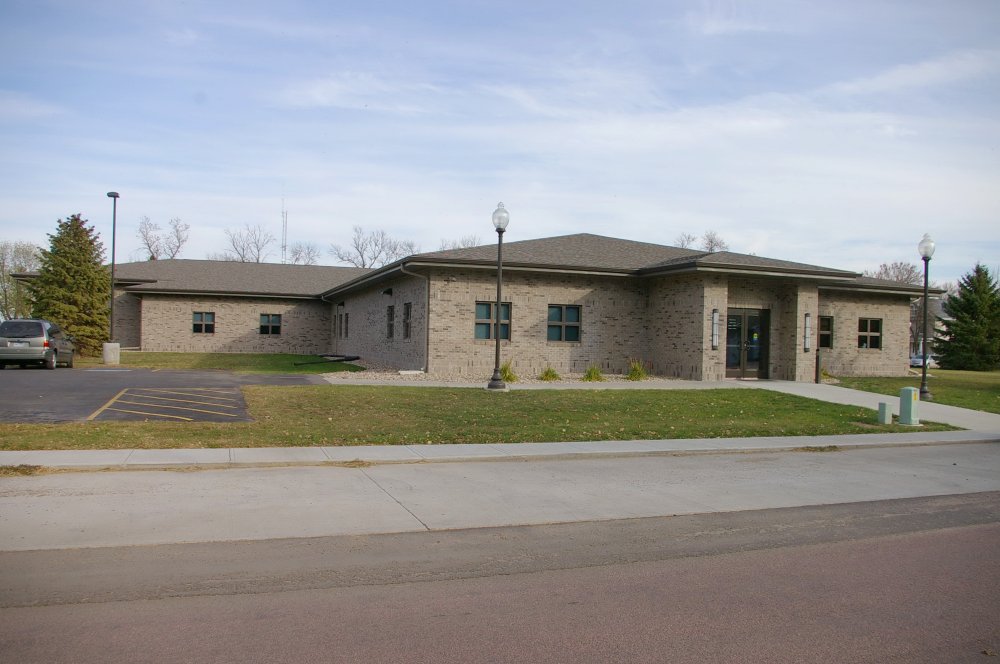 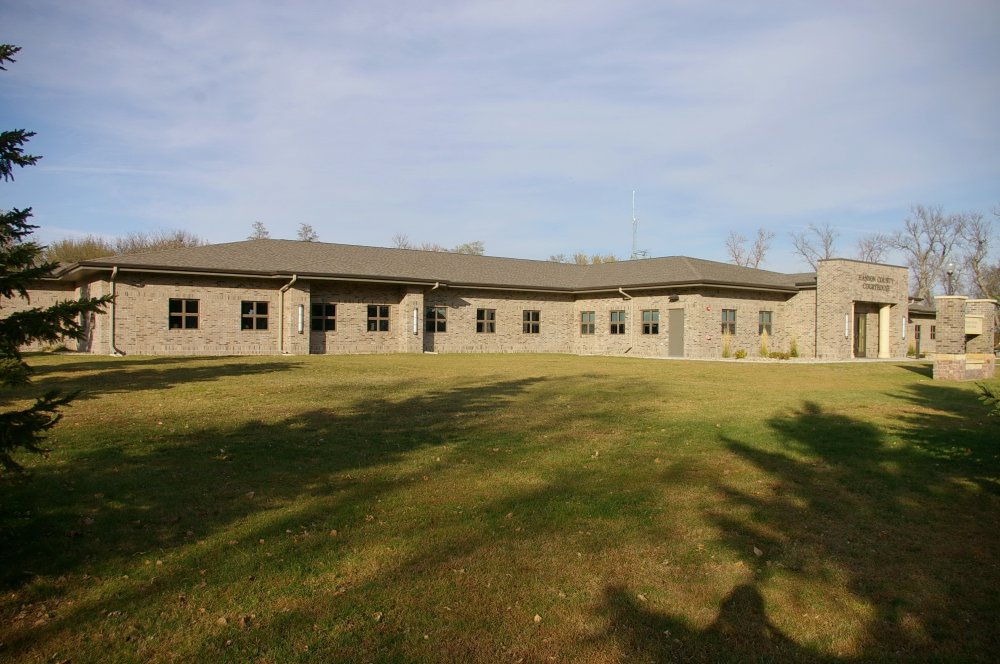 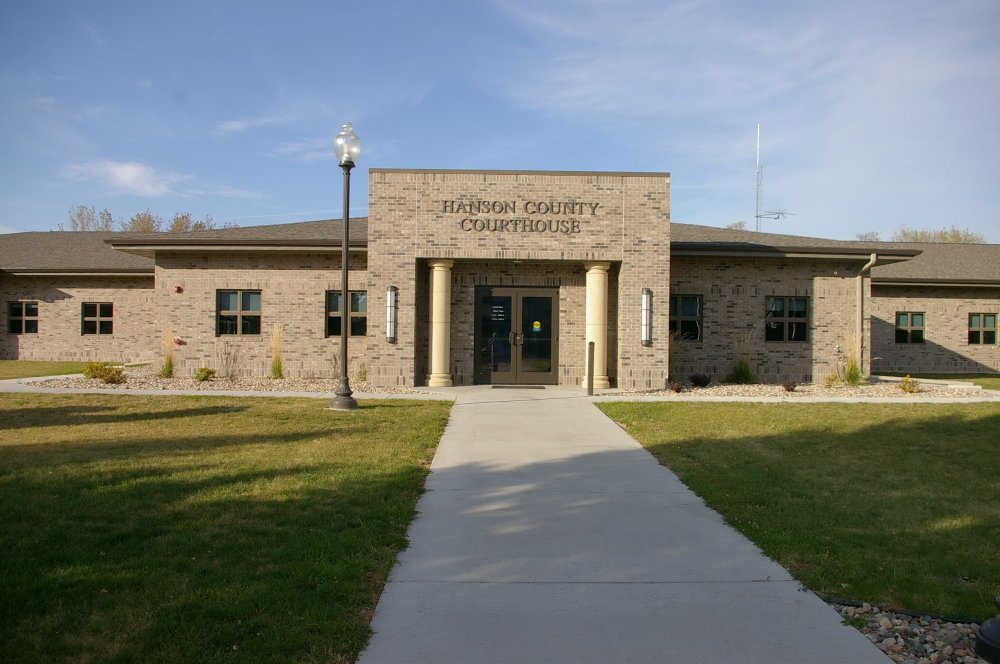 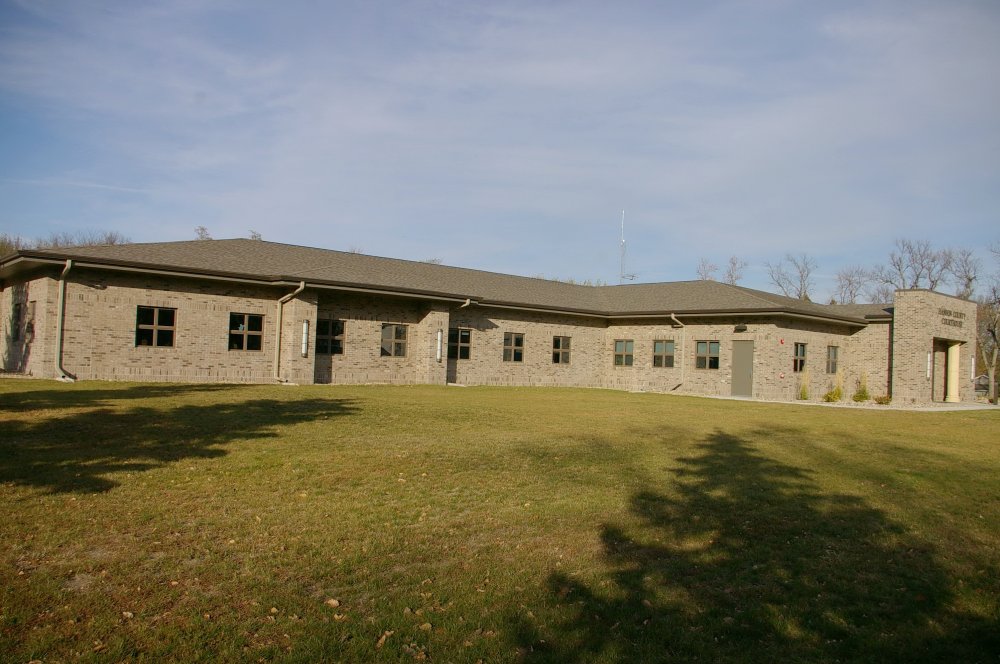 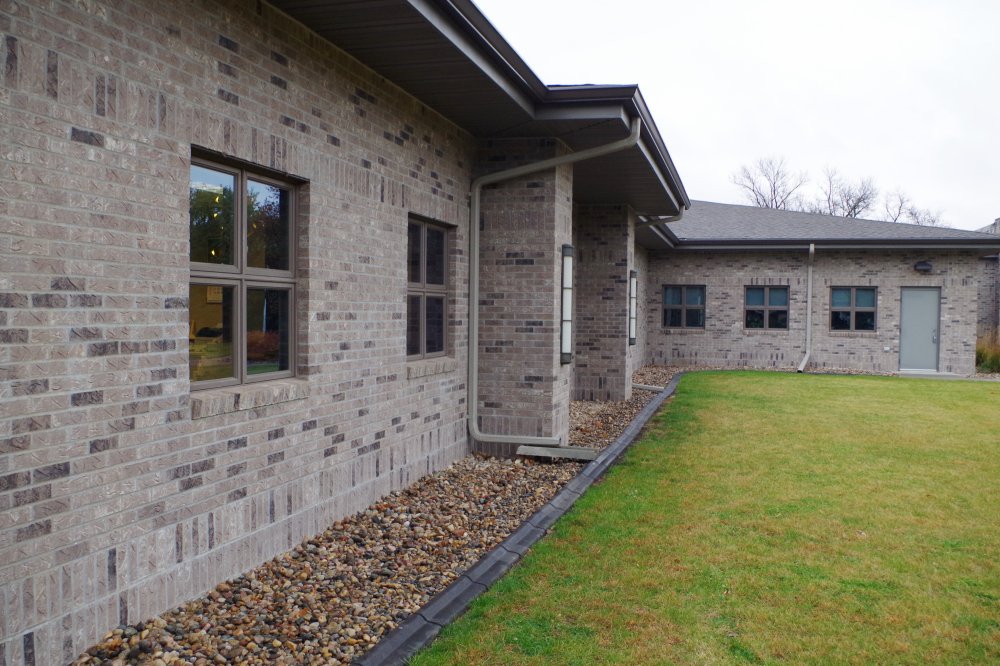