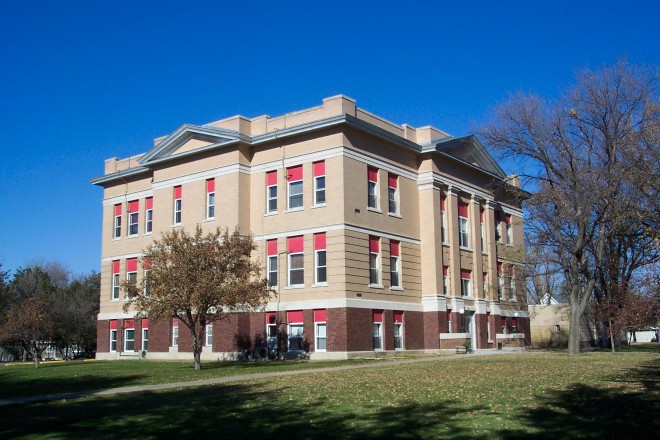 Description:  The building faces east and is a three story concrete, sandstone and buff colored brick structure. The building is located on spacious grounds in the center of Selby. The building is constructed on a concrete foundation and is faced with cut sandstone panels just above the finish grade. On each side of the building, the center projects from the main building with a Greek style roof on the third story. A projecting cornice runs below the flat roof line. The base of the building is dark red colored brick. The vestibules main entrance is wainscoting in white colored tile and opens to a landing on the buildings central stairwell, between the second and third stories. The stairway is a double-return design, and is constructed of slate treads and nosing. The doors are red oak with half-light glazing, and are beneath transoms. The courtroom is located on the third story and has hardwood floors. On the north side is the jail. 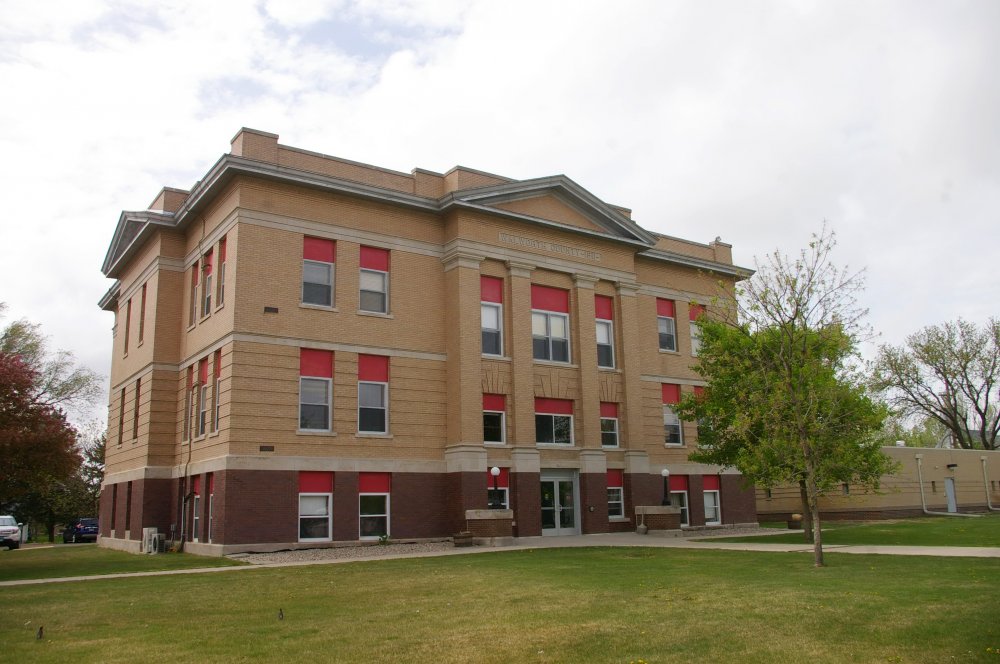 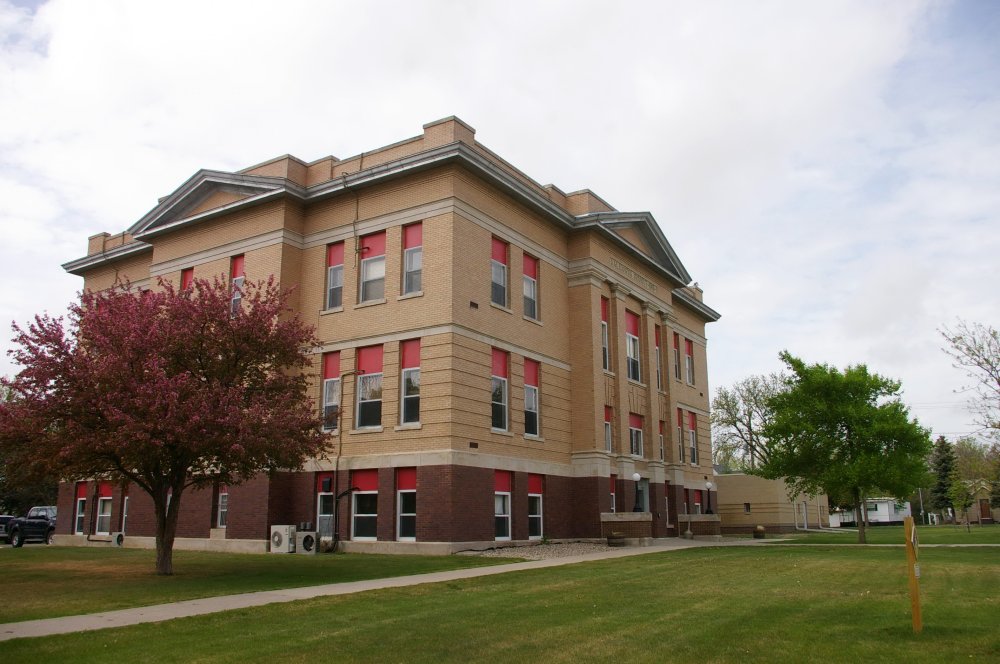 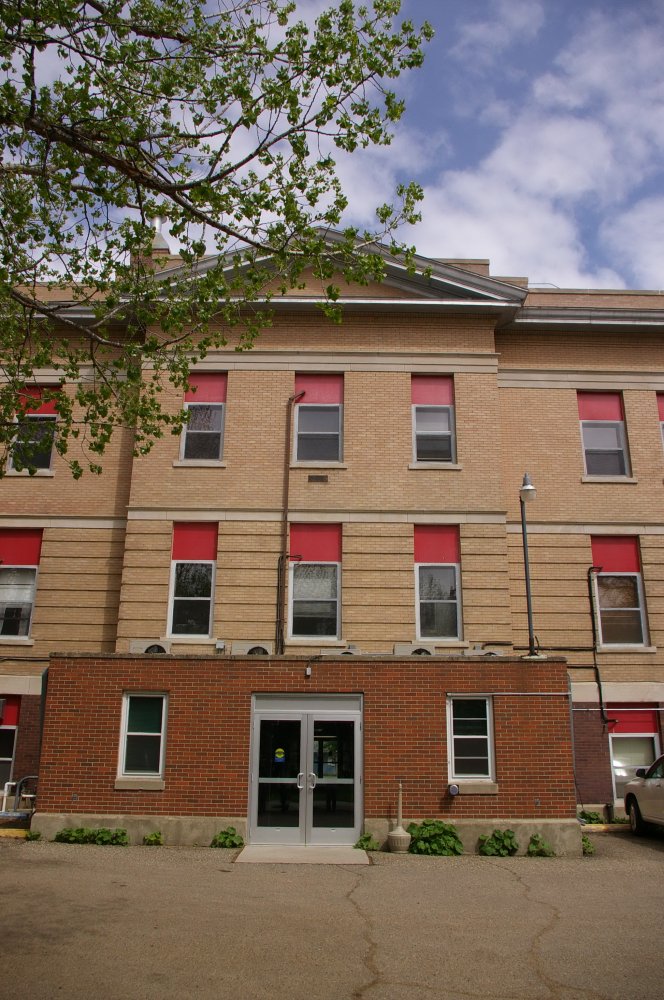 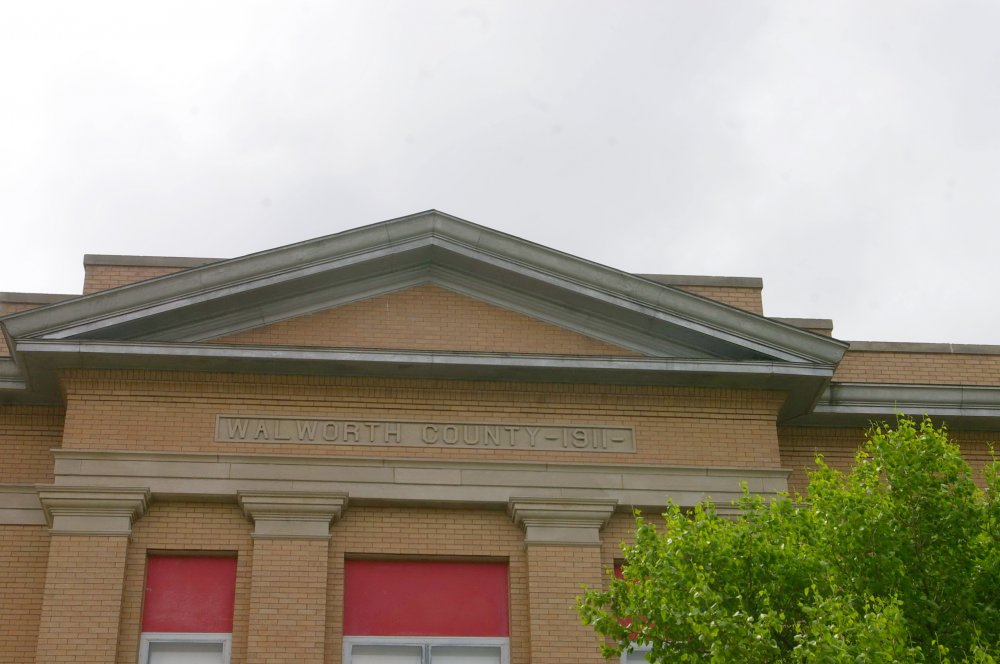 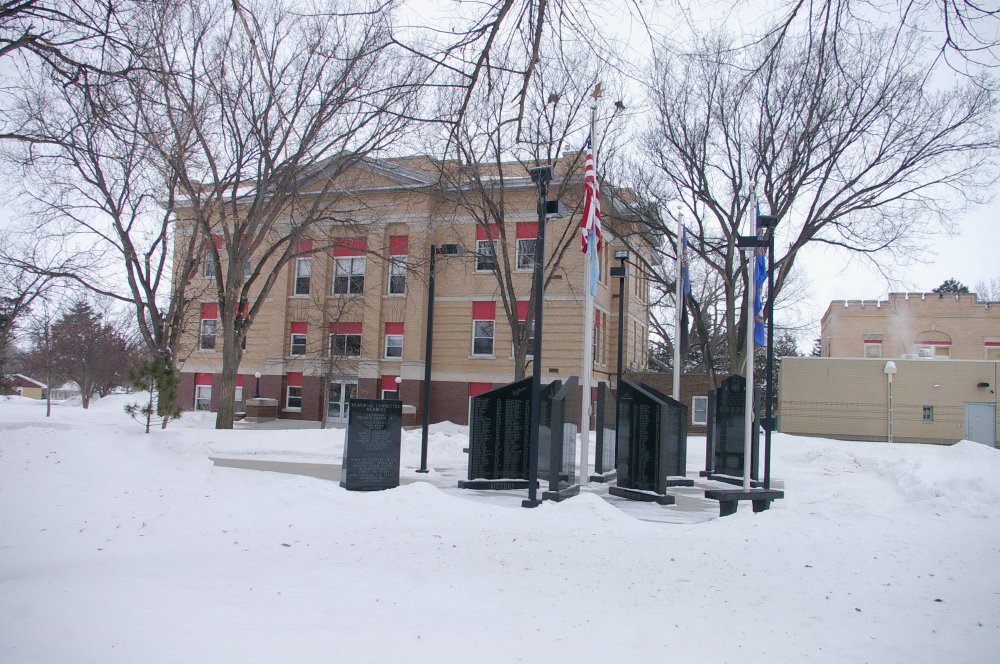 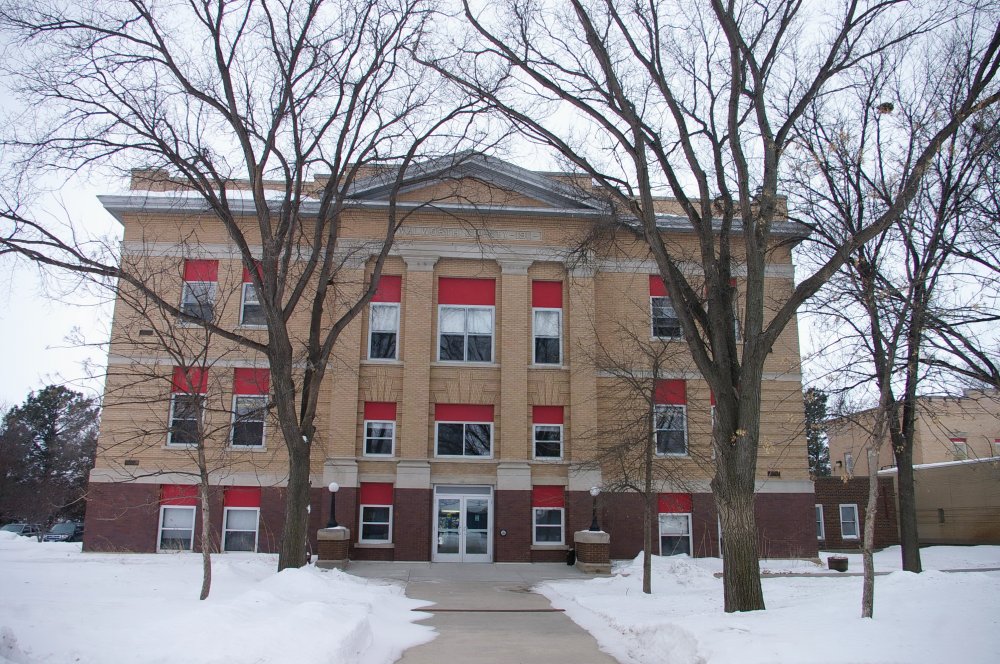 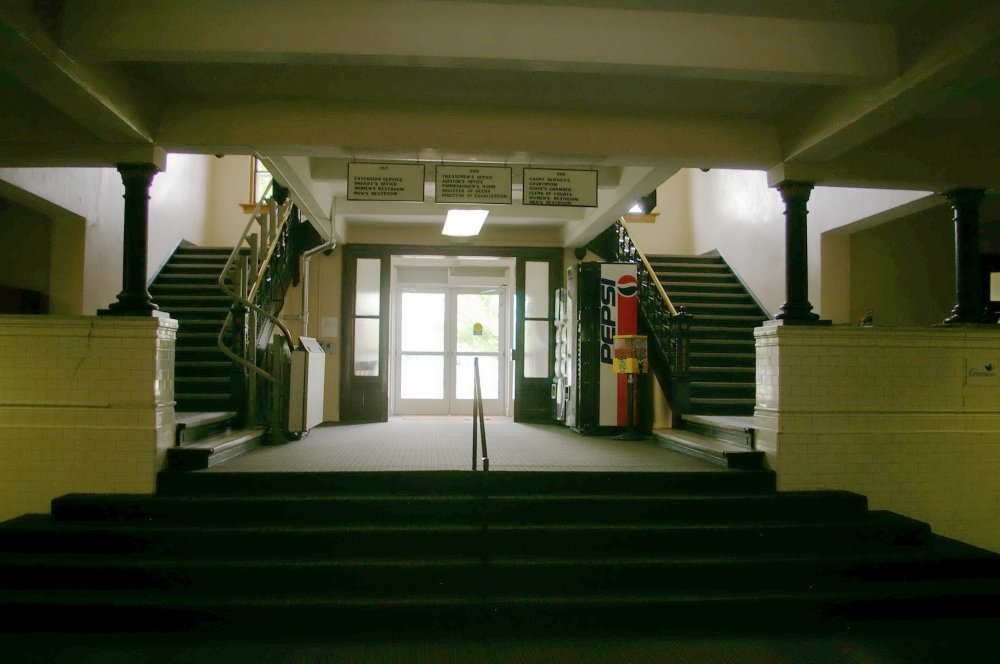