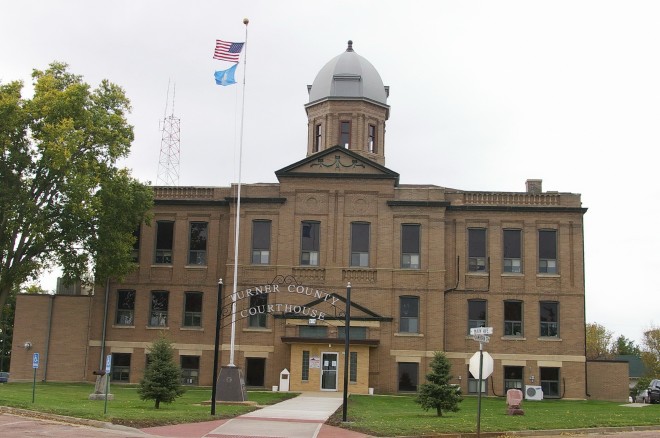 Turner County is named for John W Turner, who was a territorial legislator during 1865-66 and 1872.

Description:  The building faces north and is a three story brown colored brick and concrete structure. The building is located on landscaped grounds in the center of Parker. The front and sides are symmetrical, with five bays on the front facade and three bays on each side, with the center bays projected forward.  The rear of the courthouse consists of a later addition, creating the base of the cross. The ground floor is separated from the second floor by a belt course of stone, which creates the appearance of a podium upon which the upper two stories rest. The second and third floors are smooth brickwork. On the center of the roof is an octagonal dome with silver colored roof. The center of the north front projects from the building with a pediment at the top. Along the roof line is a stone balustrade. The roof line is flat. 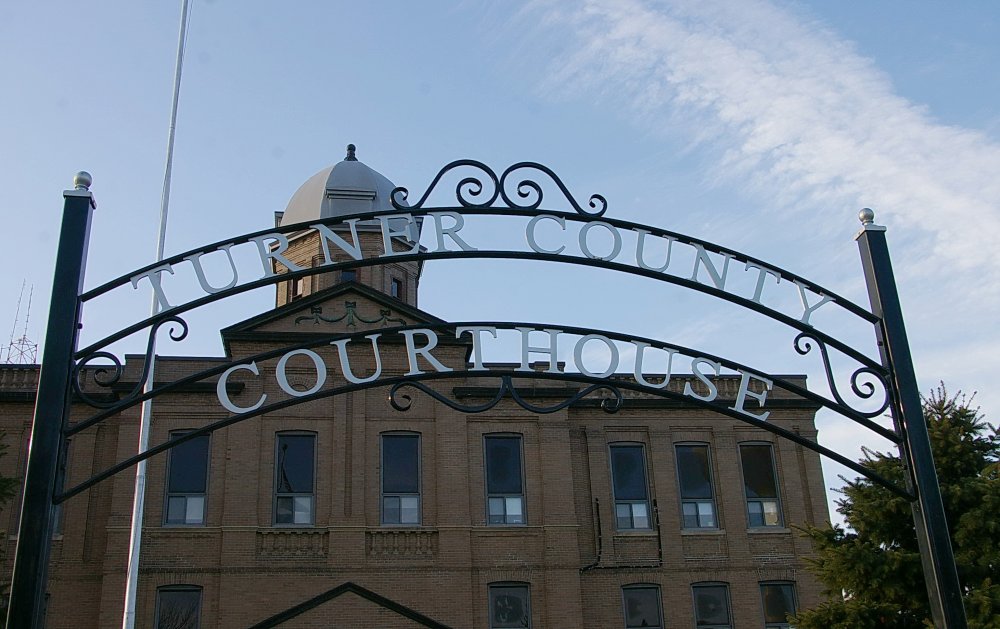 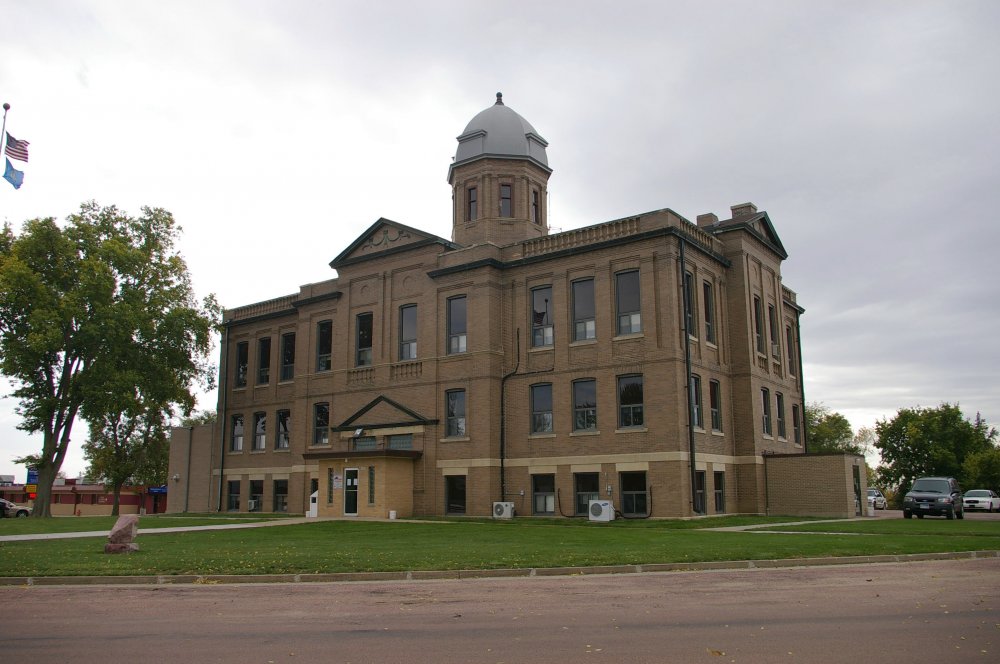 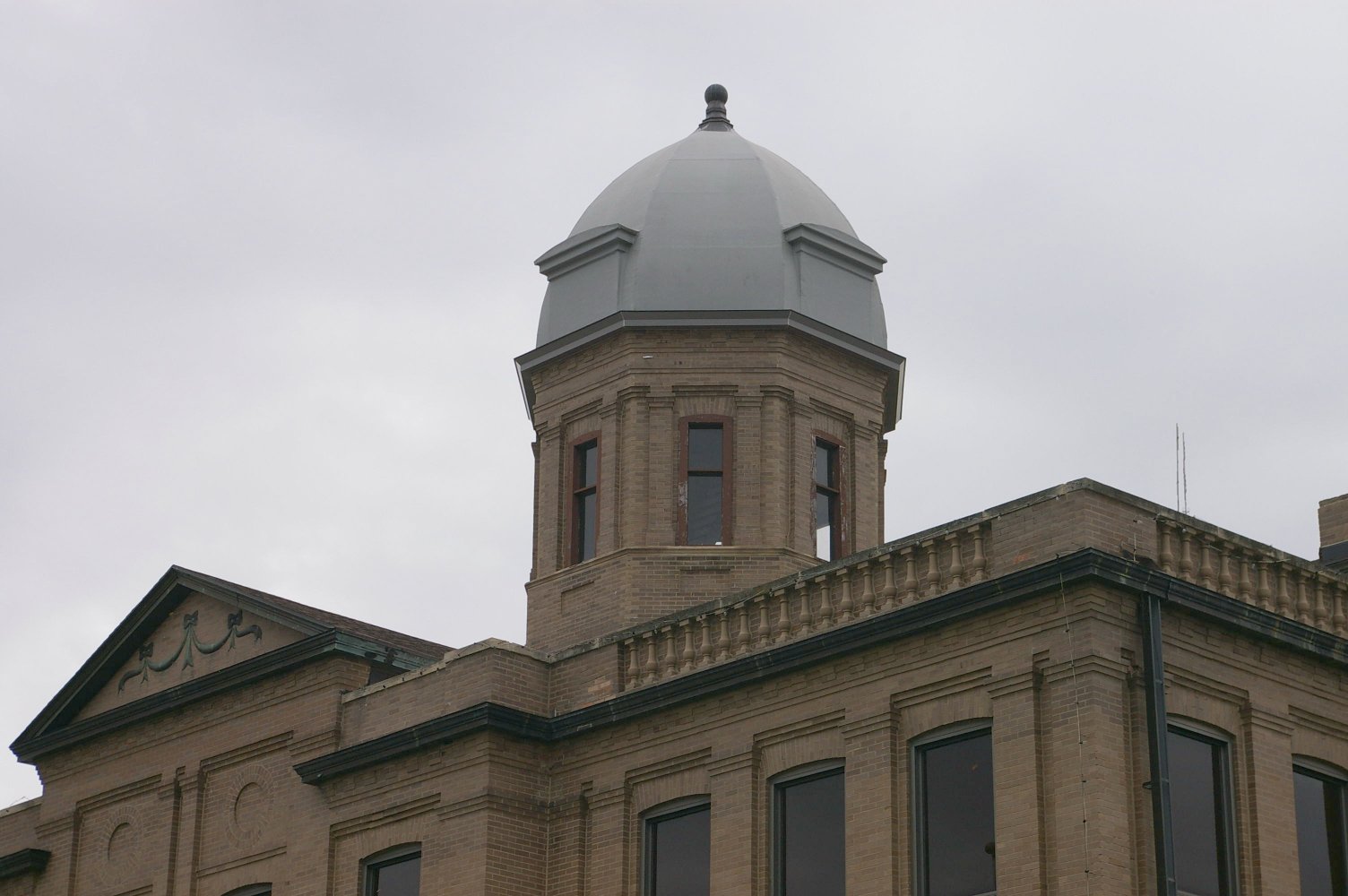 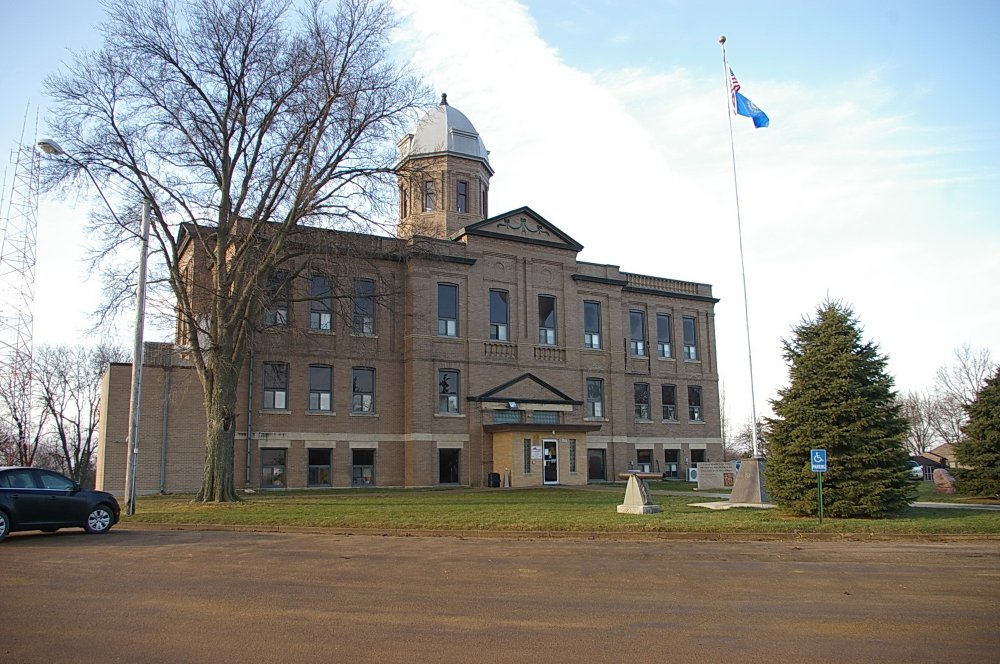 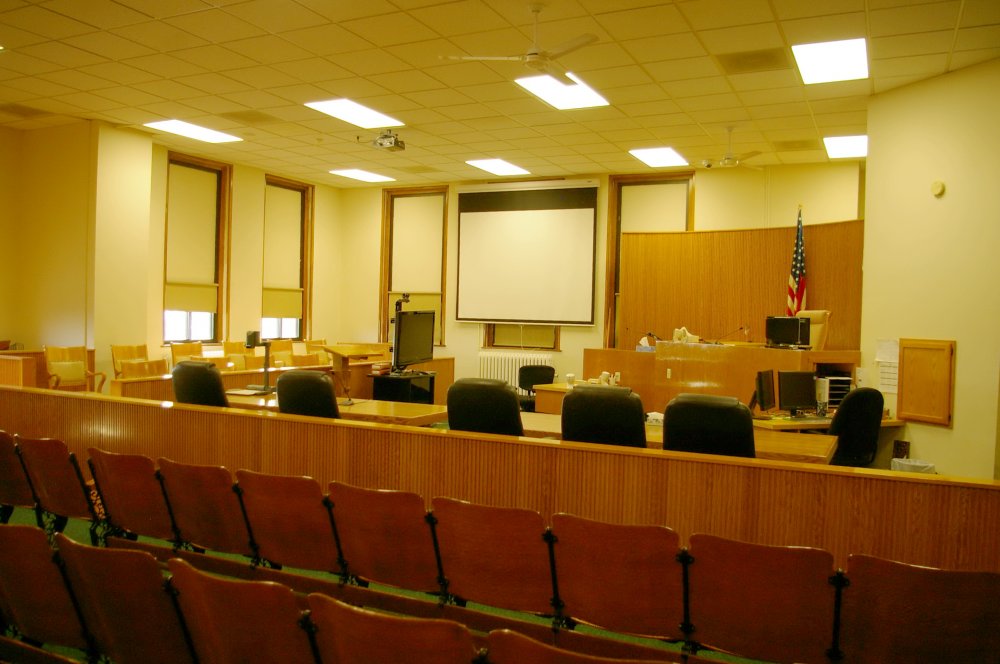 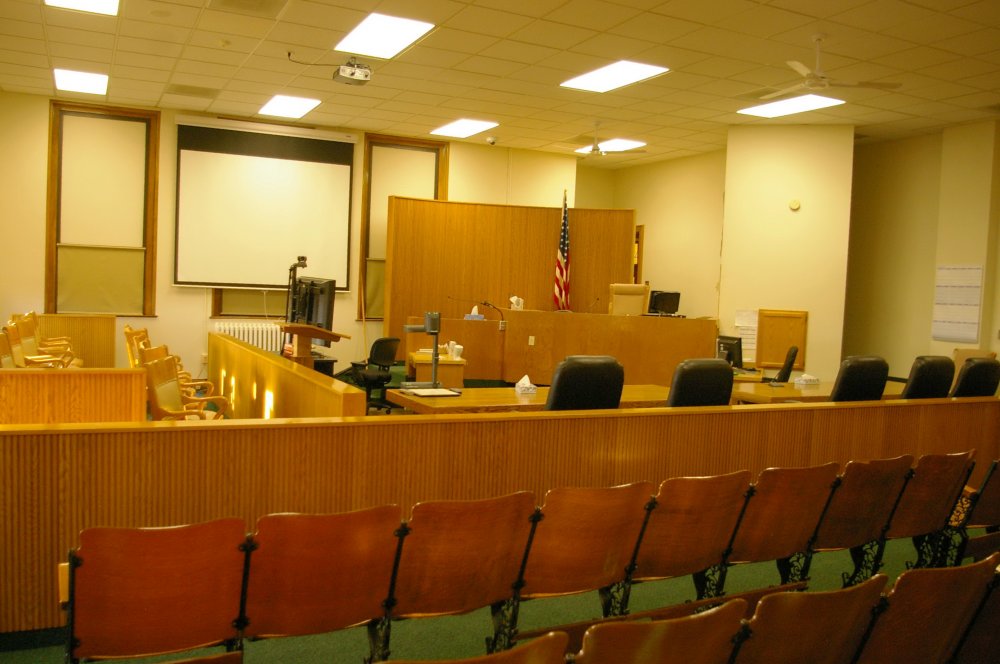 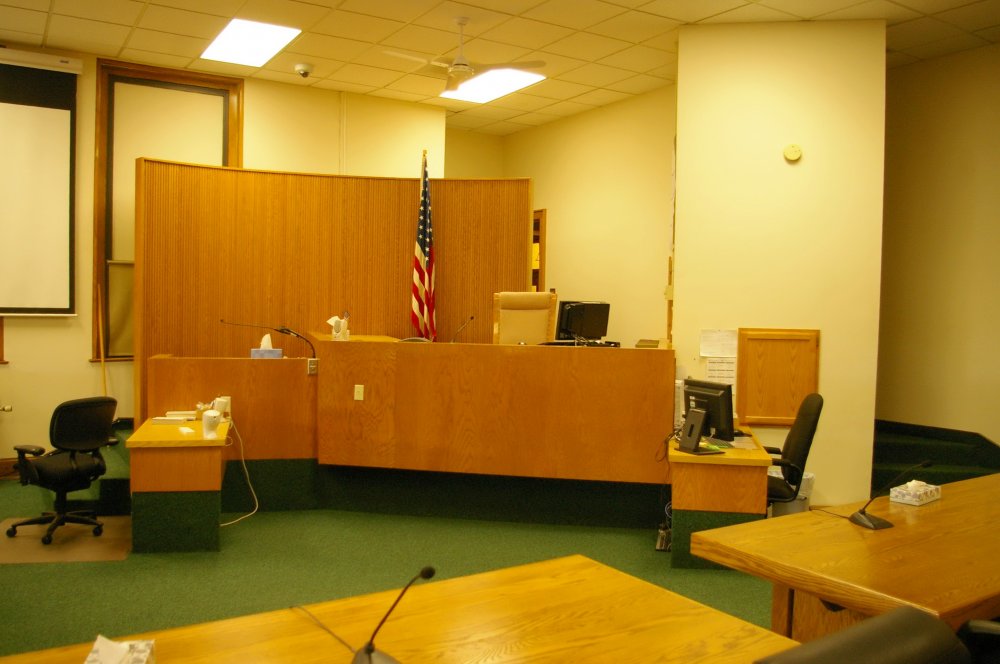