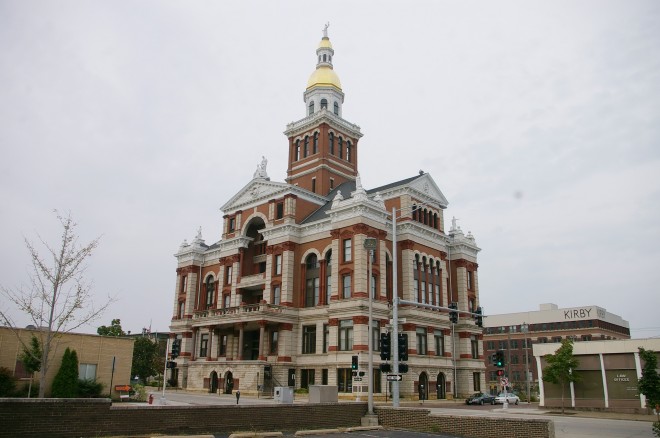 Dubuque County is named for Julien Dubuque, who was a French Canadian and the first European settler of Iowa.

Description: The building faces faces west and is a four story red colored brick and Bedford limestone structure. The building is located on landscaped grounds in the center of Dubuque. The west portico has two small arches on the first story with steps up to the second story entrance with balcony supported by four columns. The central section rises to a pediment at the roof. The building corners are trimmed with limestone which also faces the second story. The first story is course stone. On the center of the roof is a high square brick tower with cupola having a gold dome with the Statue of Justice at the top. In the interior is wood trim and a grand staircase. The building houses the County District Court of the 1A Judicial District. The building was renovated in 1975 and 1983. The contract manager was Walter J Holl and Abid Asid Ibd.On the north side of the building is the Old Jail built in 1858. 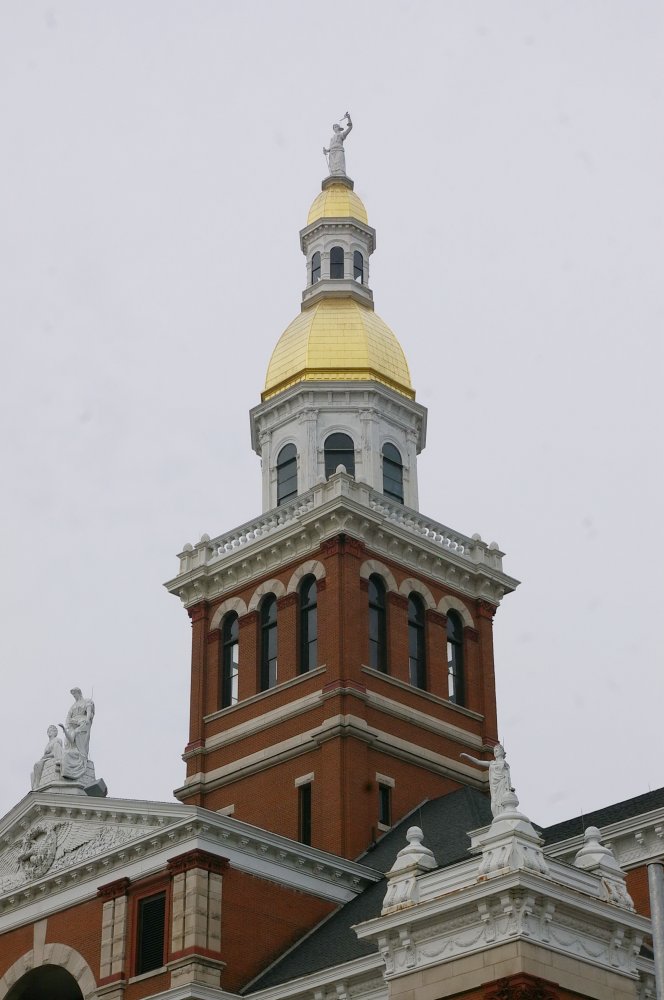 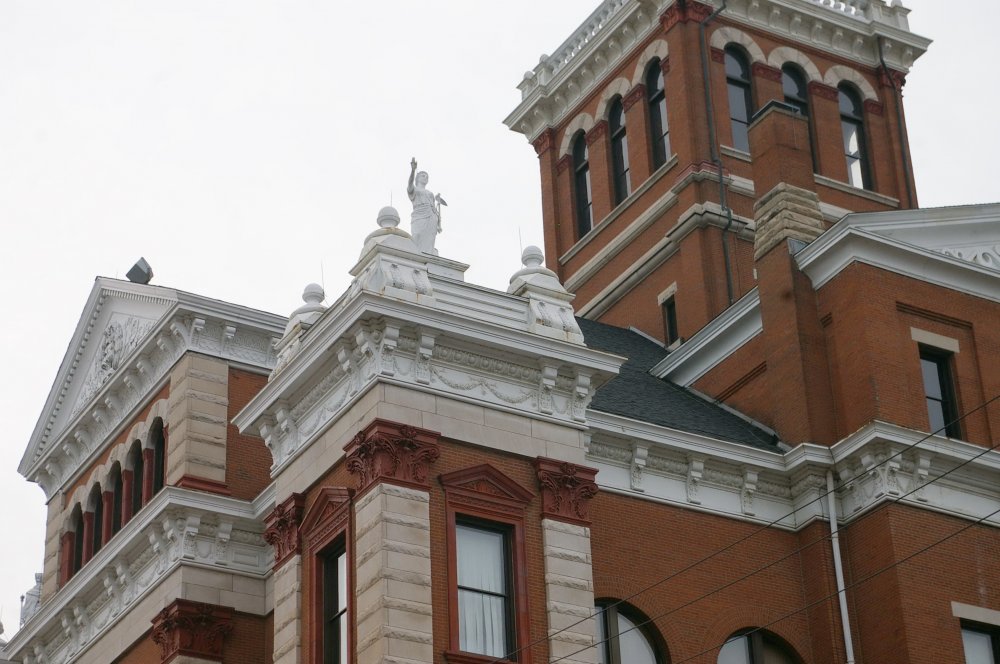 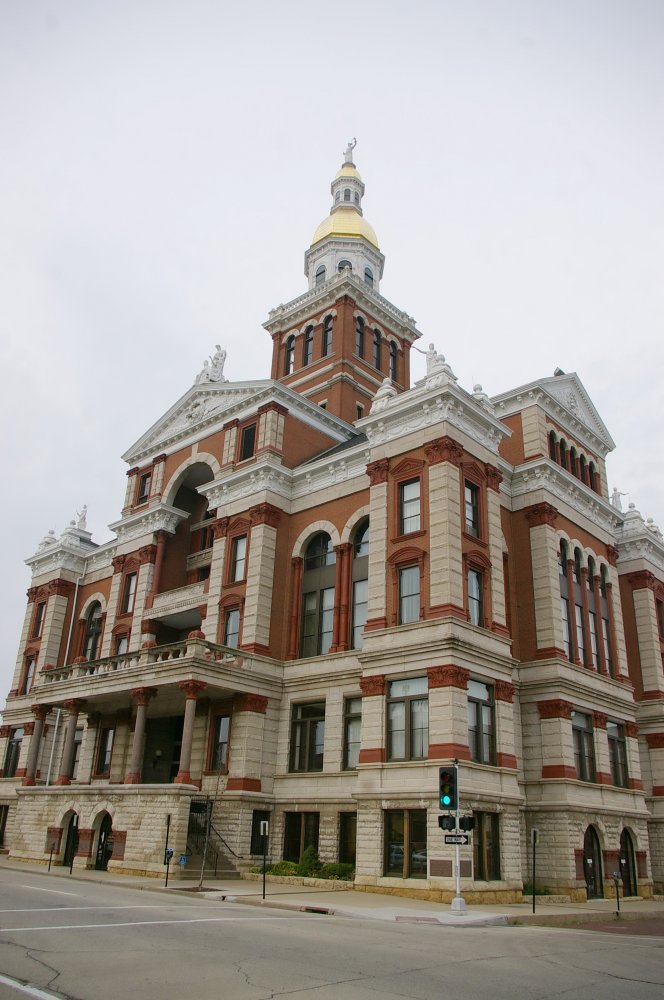 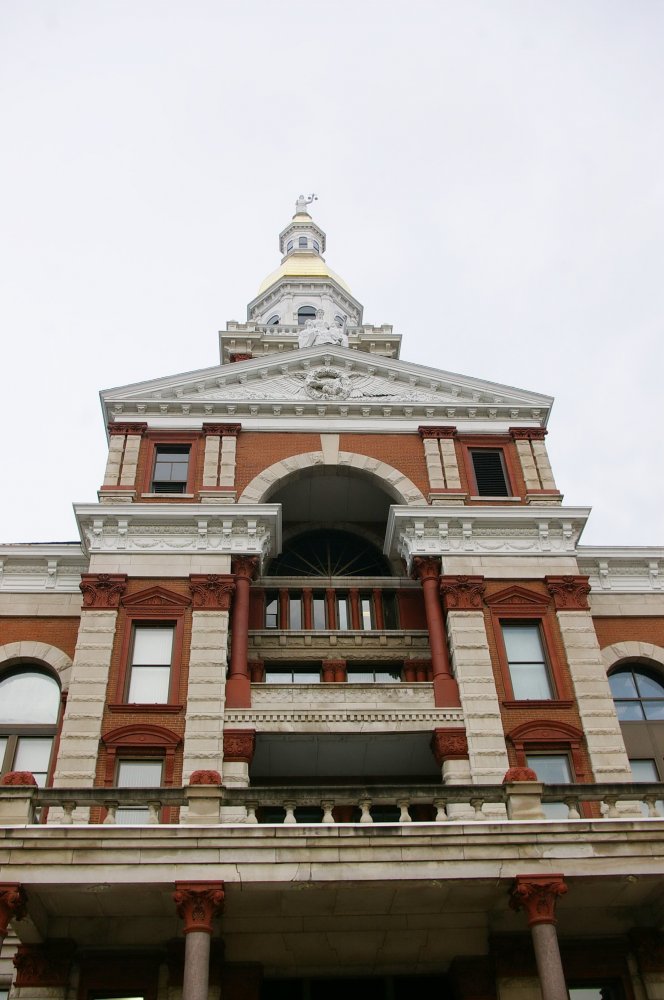 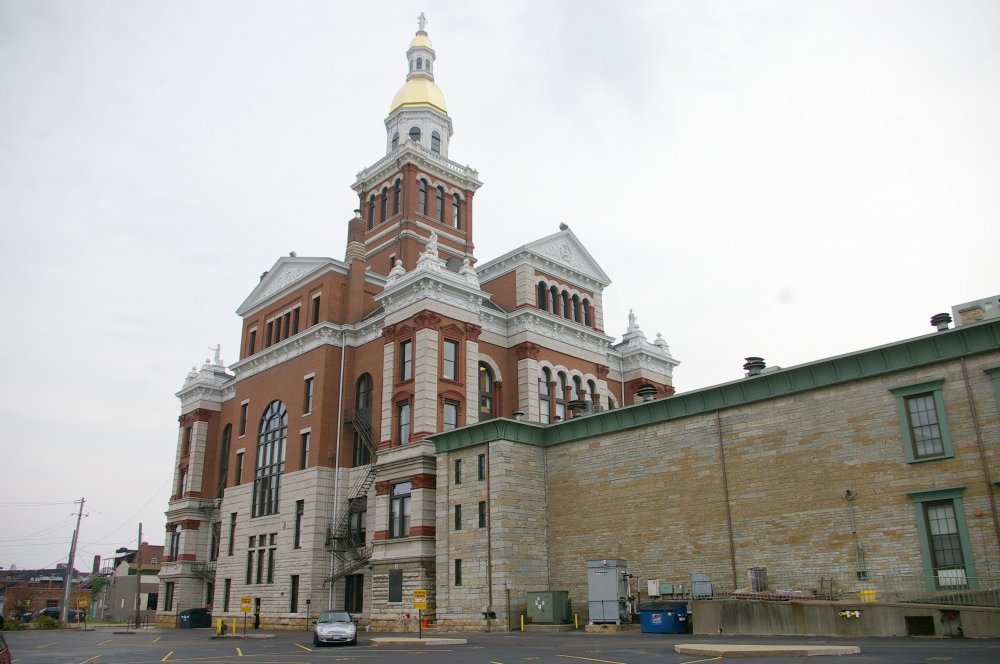 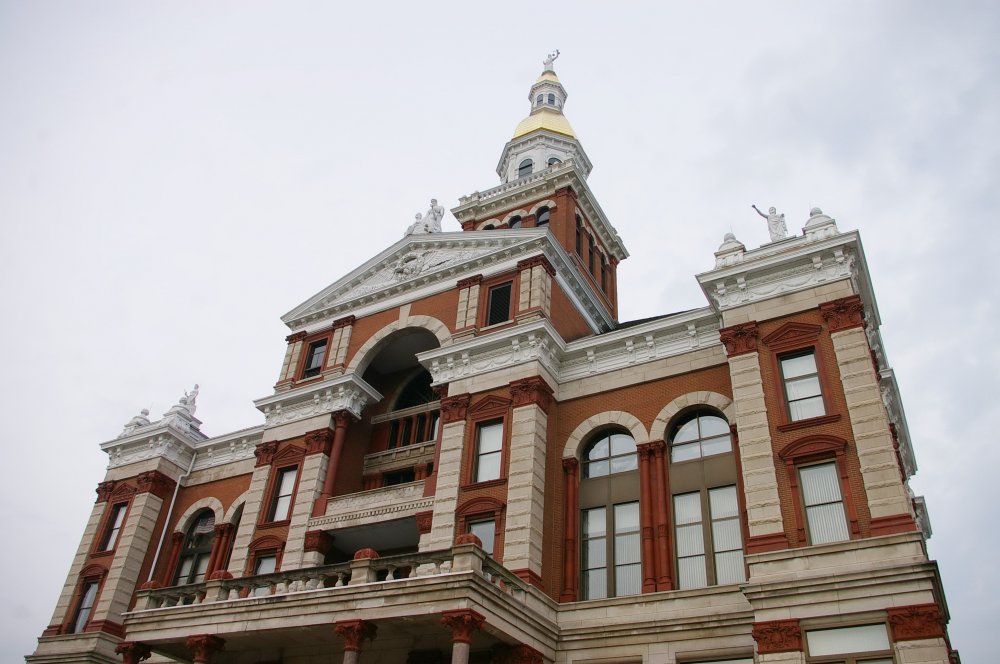 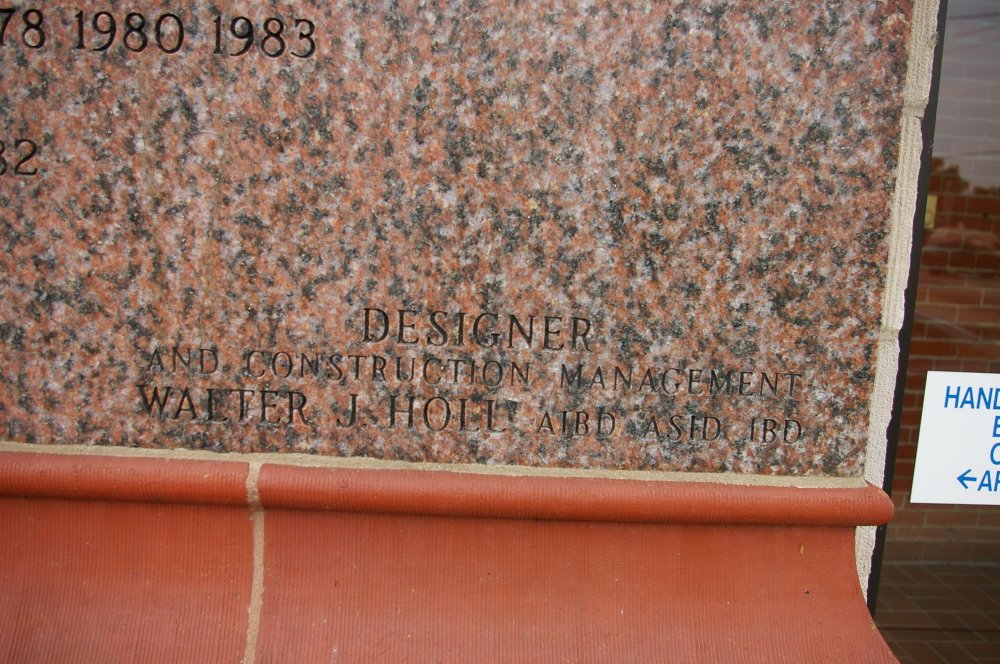 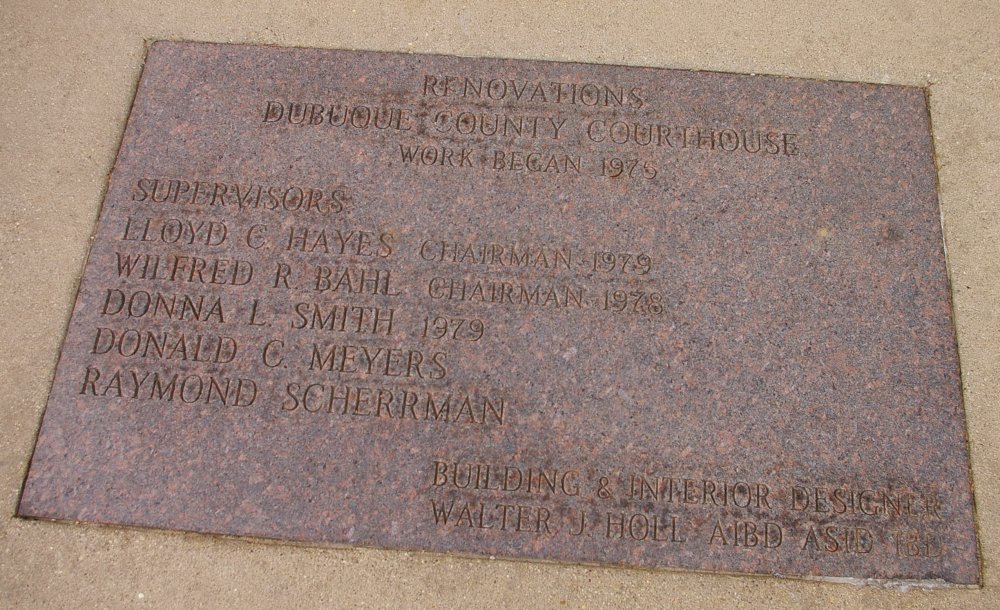