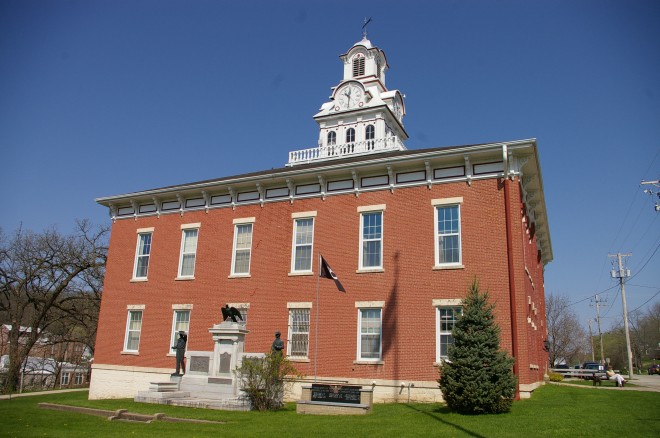 Clayton County is named for John M. Clayton, who was a United States Senator from Delaware and later Secretary of State under President Zachray Taylor. 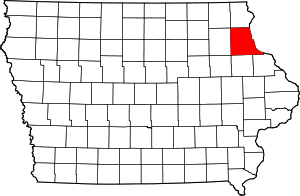 Description: The building faces southeast and is a two story red colored brick, wood and limestone structure. The building is located on landscaped grounds in the center of Elkader. The building has a square white colored wood clock tower on the center of the roof. The main entrance is on the east side. The eaves of the building extend outwards. In 1867 a red colored brick building was constructed for the clerk and treasurer. The current courthouse built in 1877 to 1878 was added onto the east side of the old structure. The clock tower was added in 1896. The contractor was William F Fuelling of Farmersberg. In the interior a central hall extends the length of the first story. Double stairs ascend to the second story where the courtroom is located. The building houses the County District Court of the 1A Judicial District.

Description: The building faces east and is a two story white colored siding, wood and stone structure. The original building was stone. An enclosed porch is on the east side. The roof is hipped. The building was originally located on the Public Square at Main Street and 1st Street and served as courthouse until 1843. 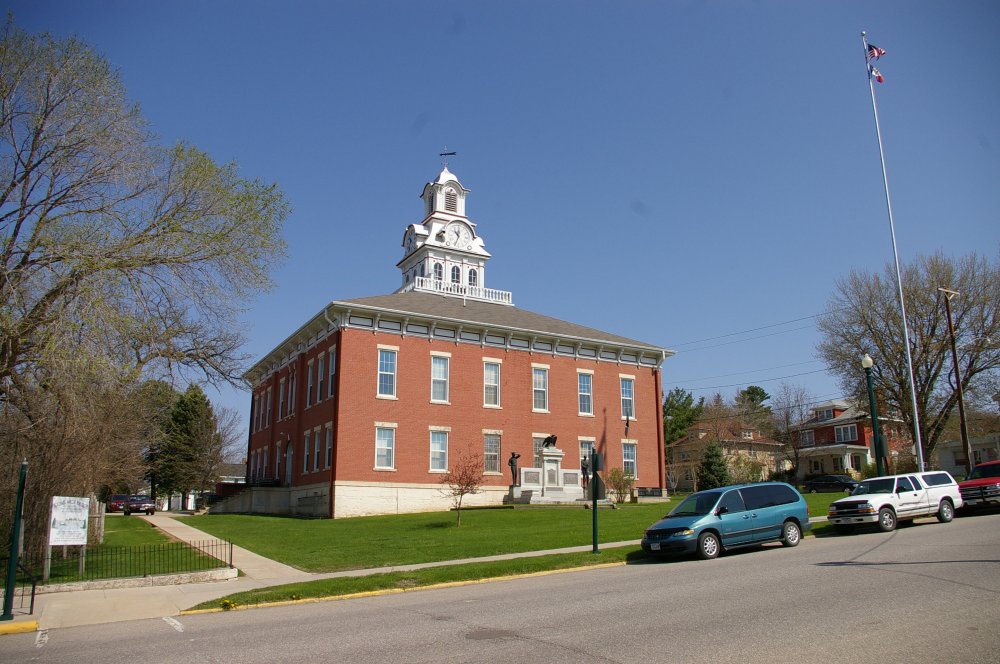 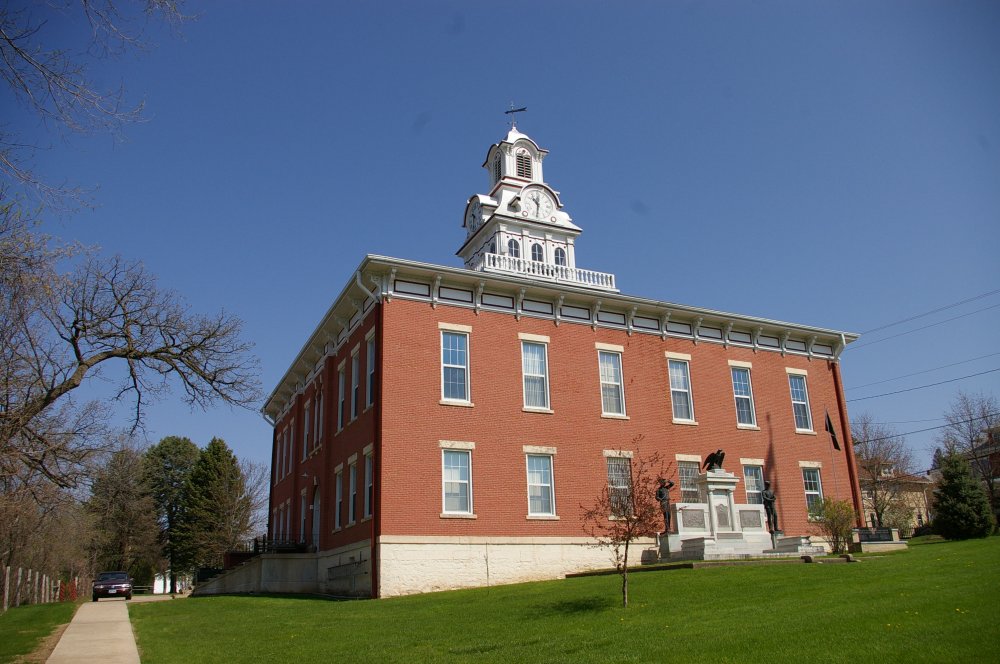 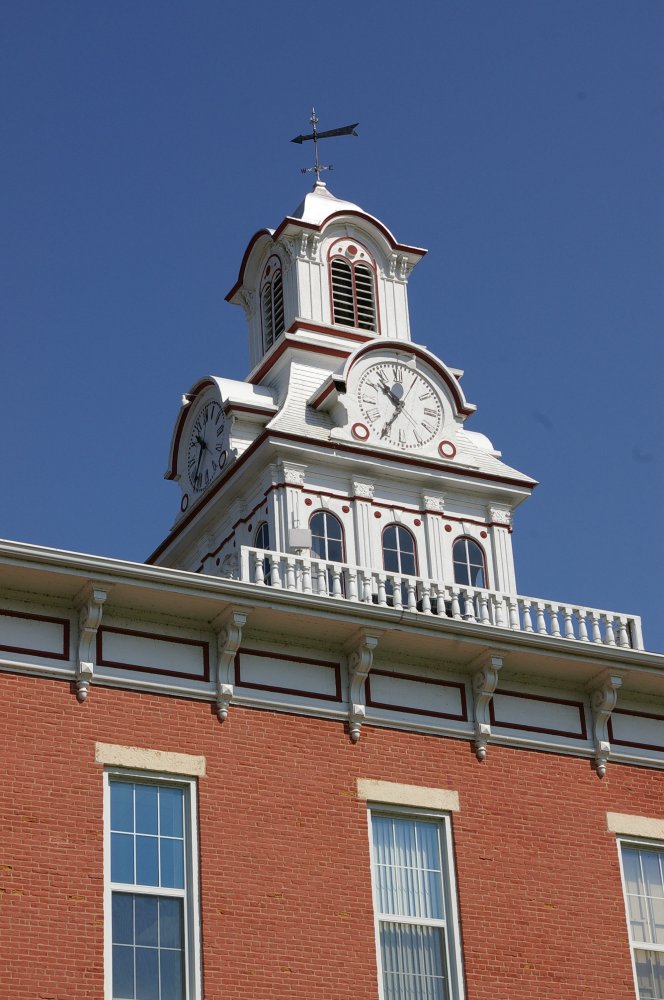 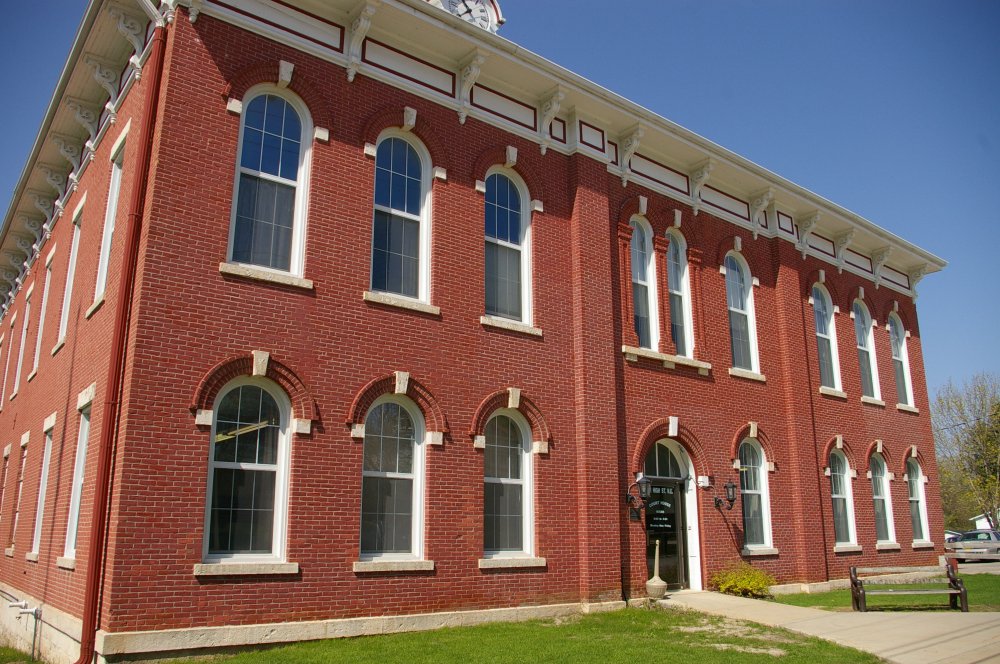 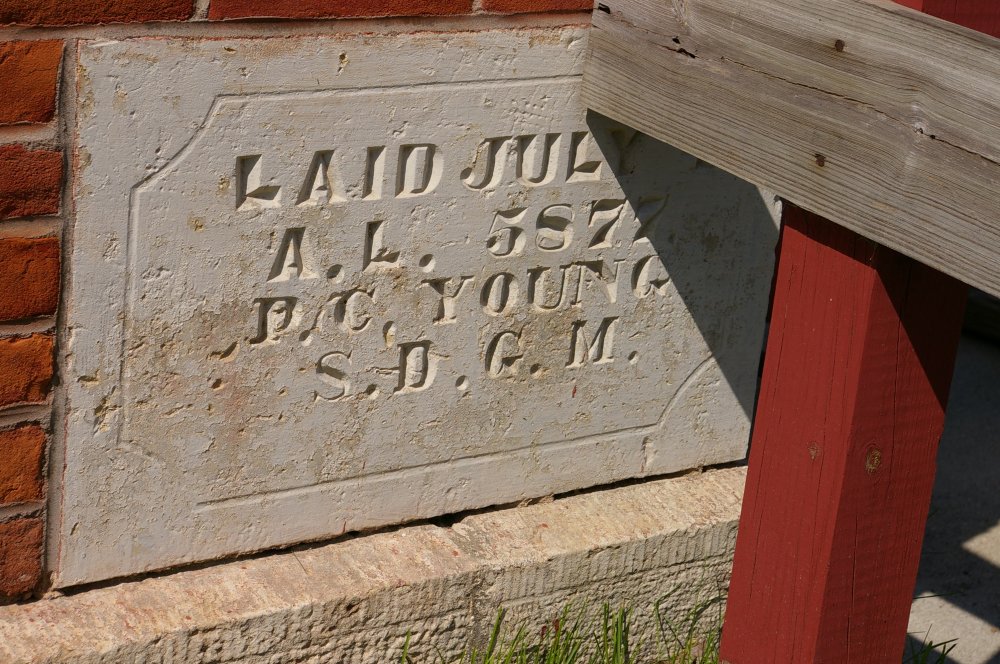 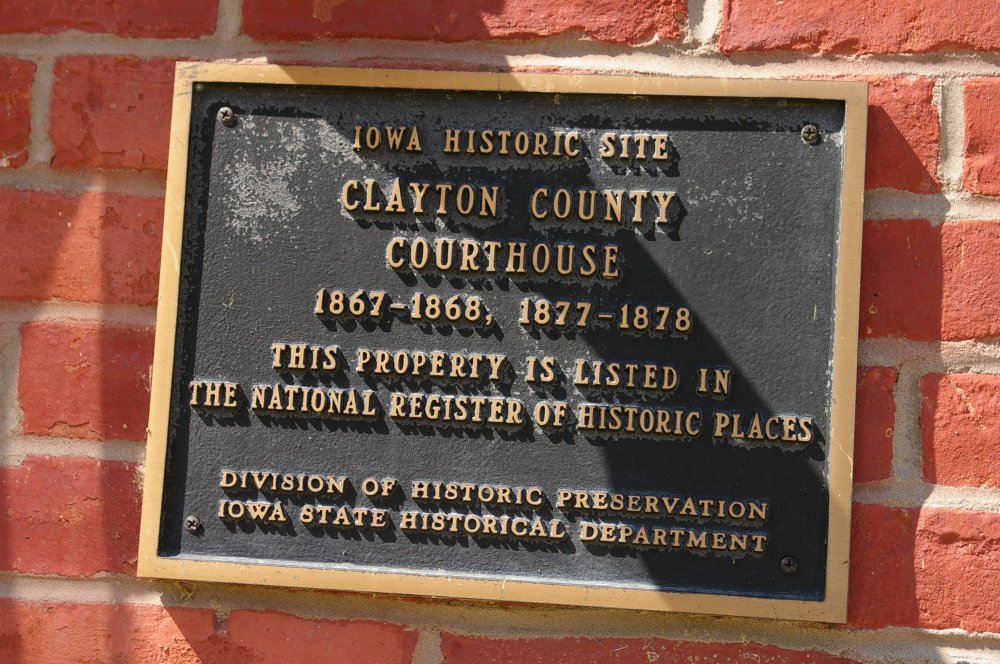 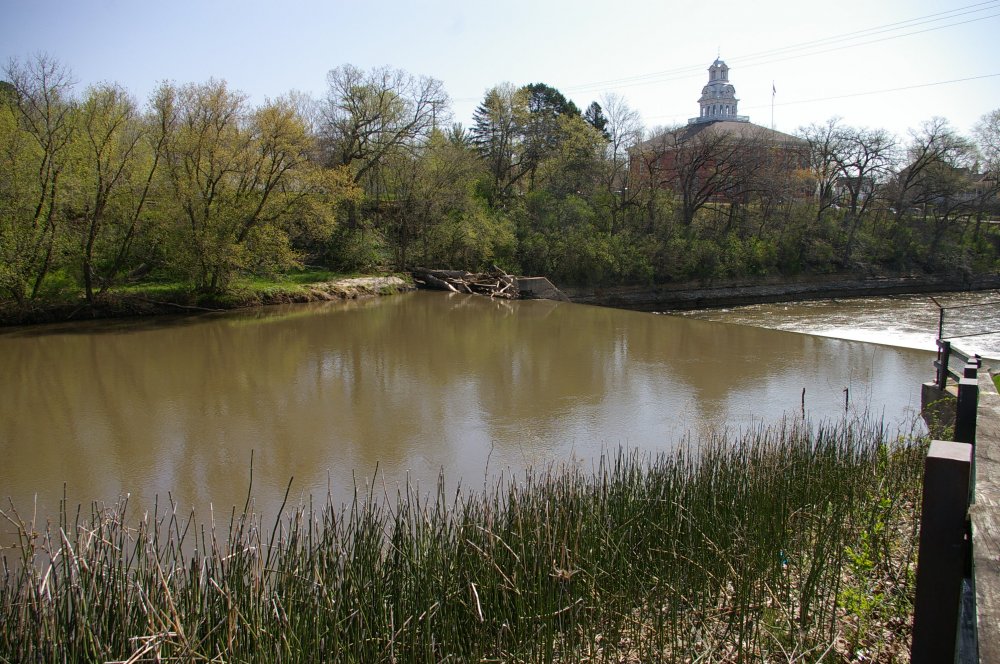