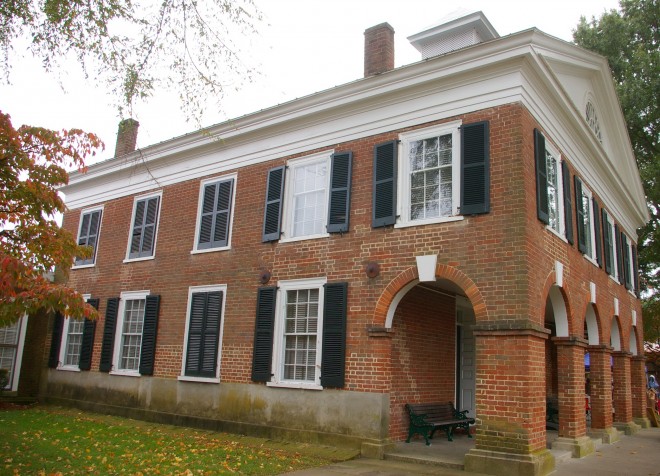 Caroline County is named for Caroline of Ansbach, who was the wife of King George III of Great Britain.

Description:  The building faces west and is a two story red colored brick laid in Flemish bond and wood structure. The building is surrounded by a Tuscan entablature with a Tuscan pediment at either end. The front pediment’s tympanum is plastered and features a semi-circular window in the center. There is an arcade along the first story at the front with four arches and side arches. On the roof is a small square cupola. The roof is hipped. In the interior, there is a brick tile floor and the courtroom has a gallery with stairs.  An addition was built in 1907. The architect was William C West. An addition was constructed in 1970.

Note:  The builder and construction date are not known as the county records were destroyed. The building was constructed between 1830 and 1835. The style of the building follows Thomas Jefferson’s design for Virginia courthouses. The building resembles the courthouse in Madison County and it is assumed that the same builders were involved. The courthouse is the sixth courthouse to serve the county. 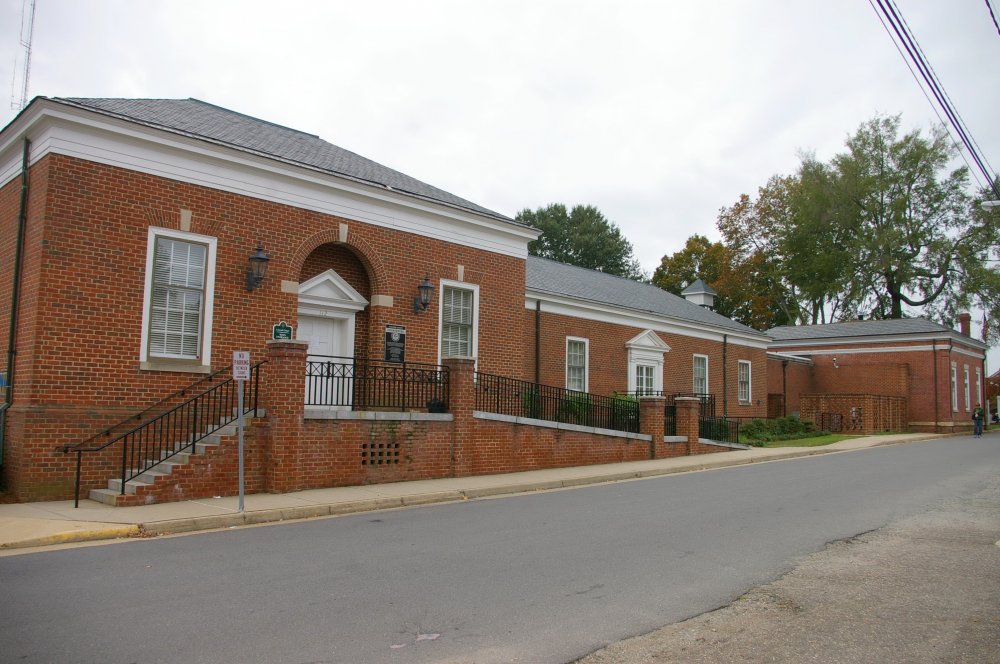 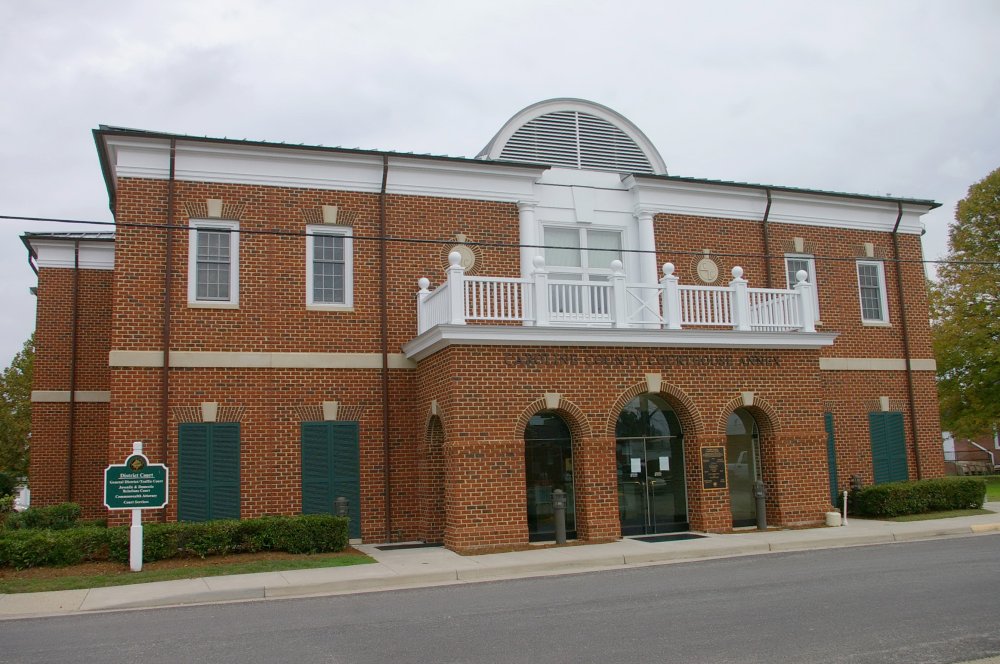 Description:  The building faces west and is a two story red colored brick and concrete structure. The building is l;ocated onlandscaped grounds in the center of Bowling Green to the sourth of the courthouse. The front has a one story arcade with three arches and side arches enclosed with glass windows. Above is a balcony. A white colored horizontal belt runs between the first and second stories. At the front is a semi-circular section above the roof line. The building houses the County General District Court and County Juvenile and Domestic Relations Court of the 15th Judicial Circuit. 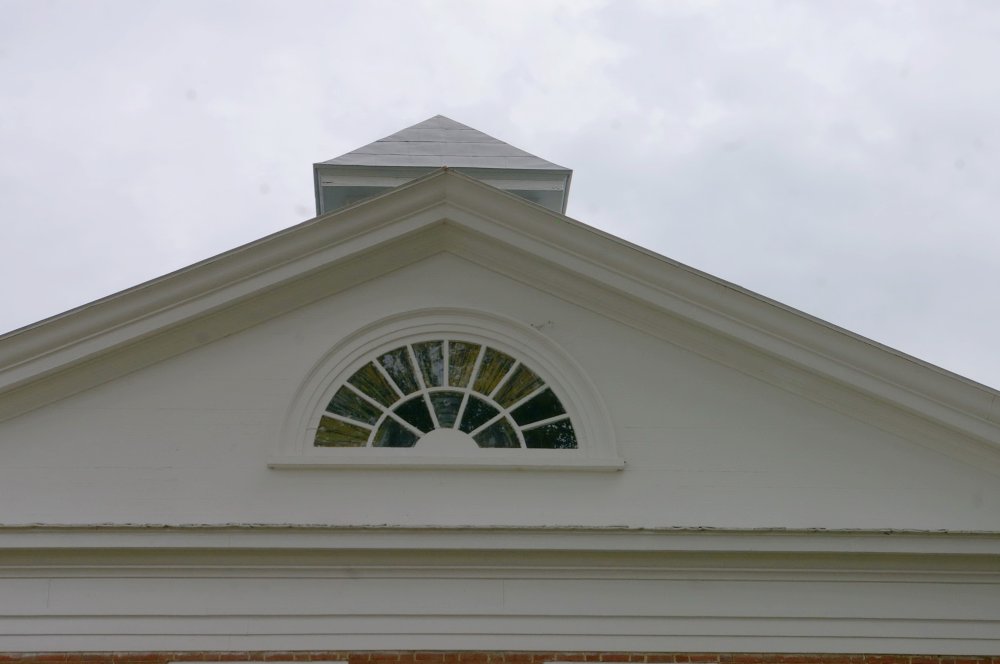 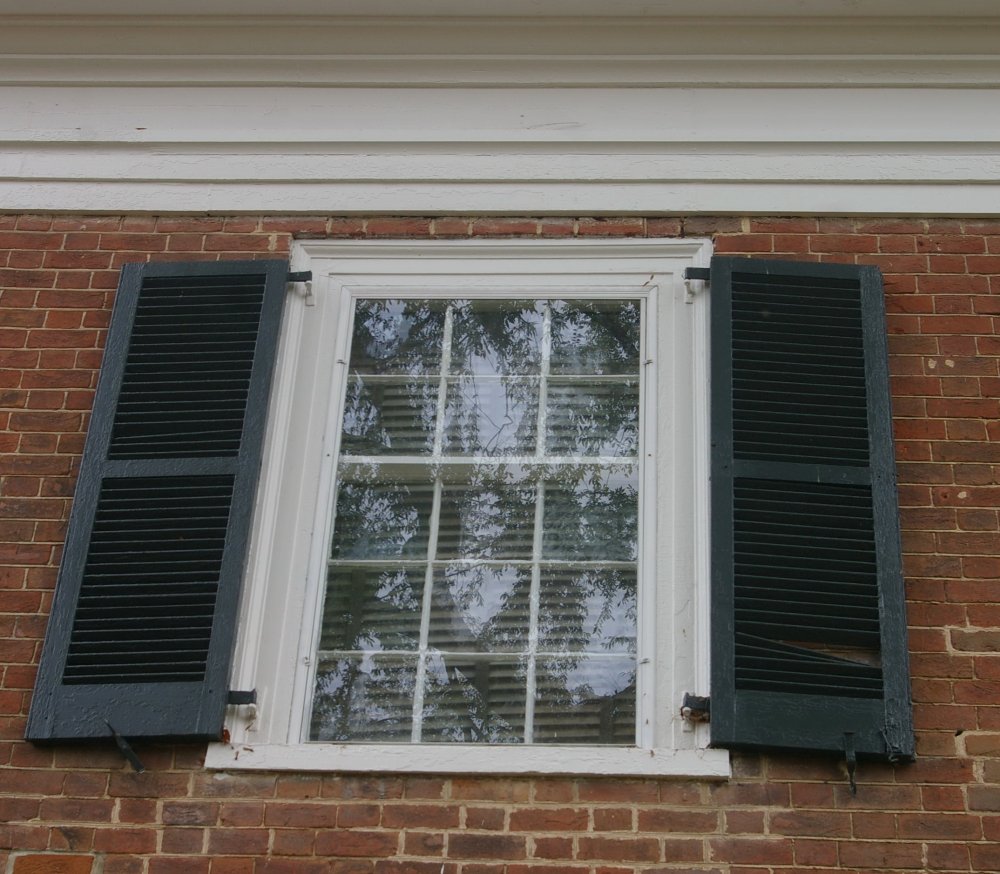 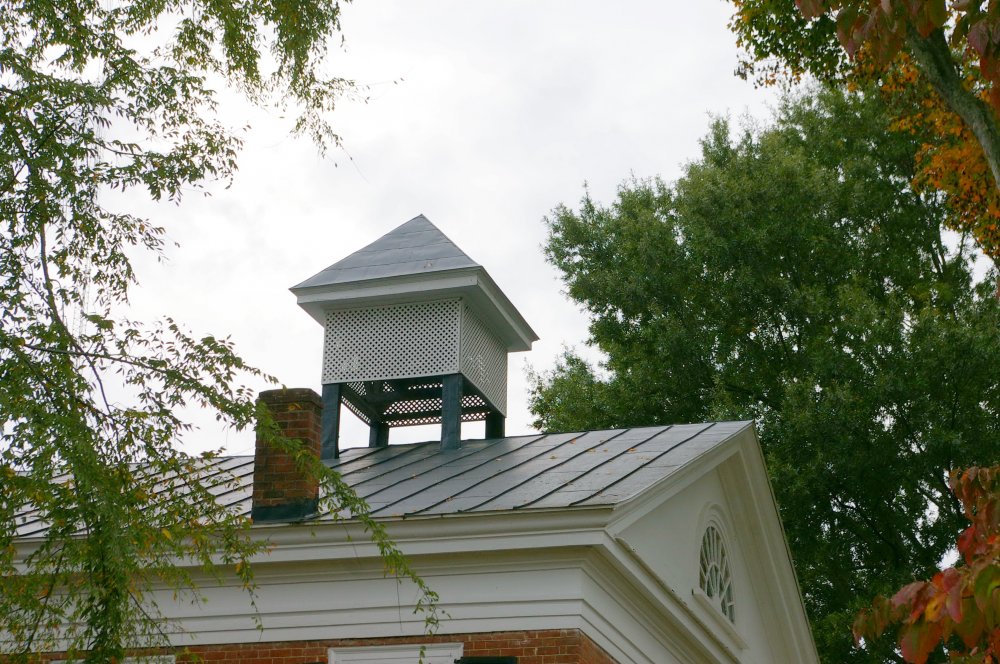 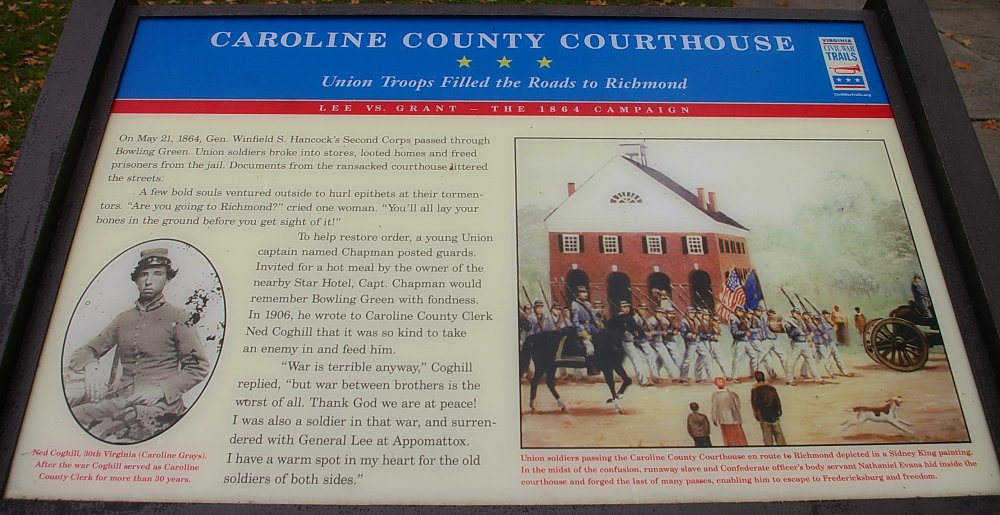 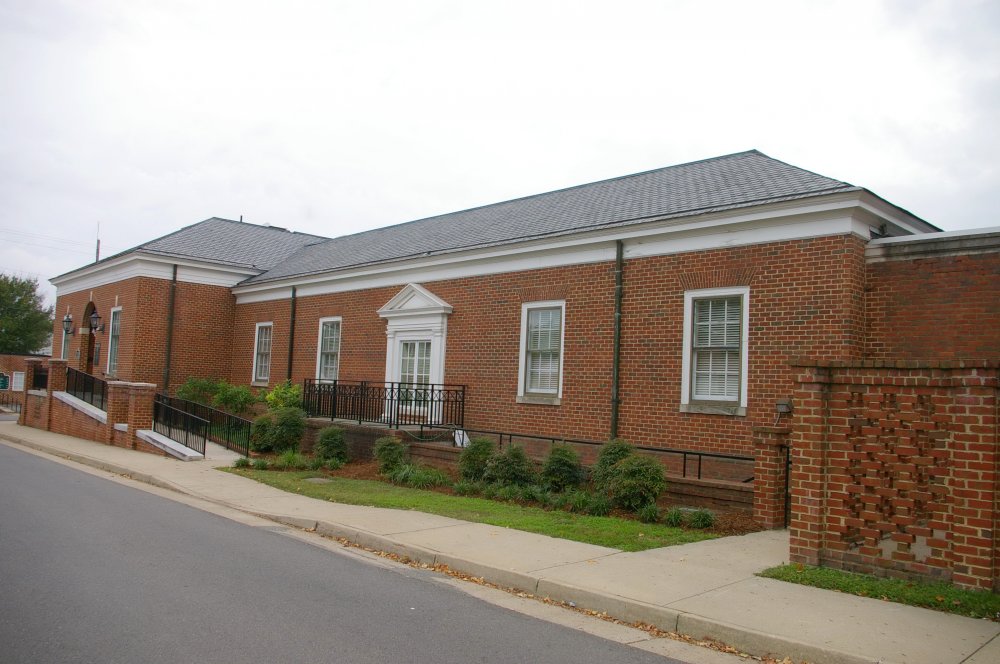 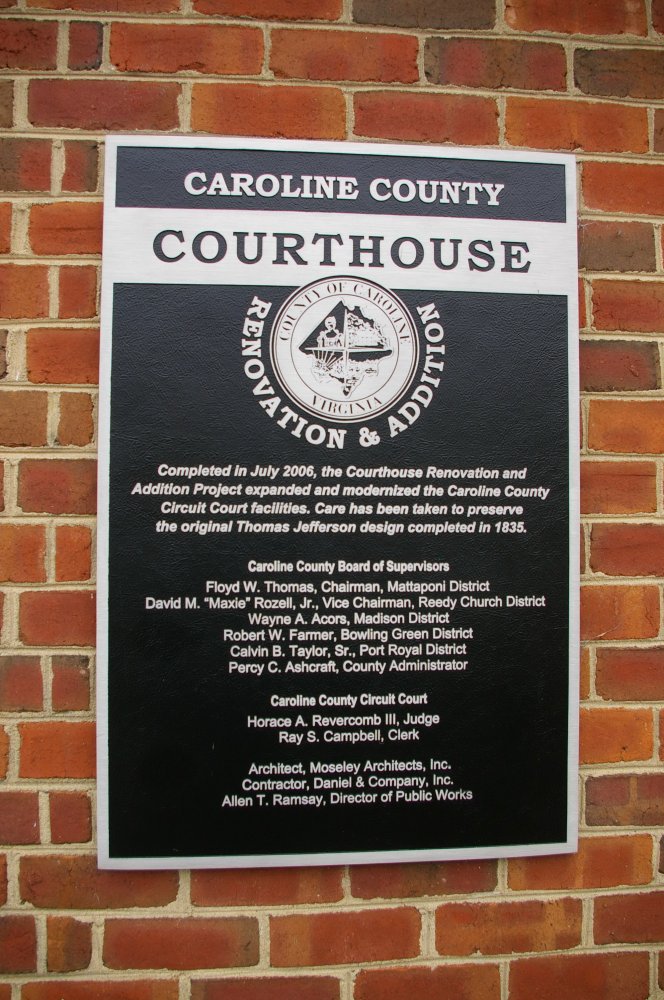 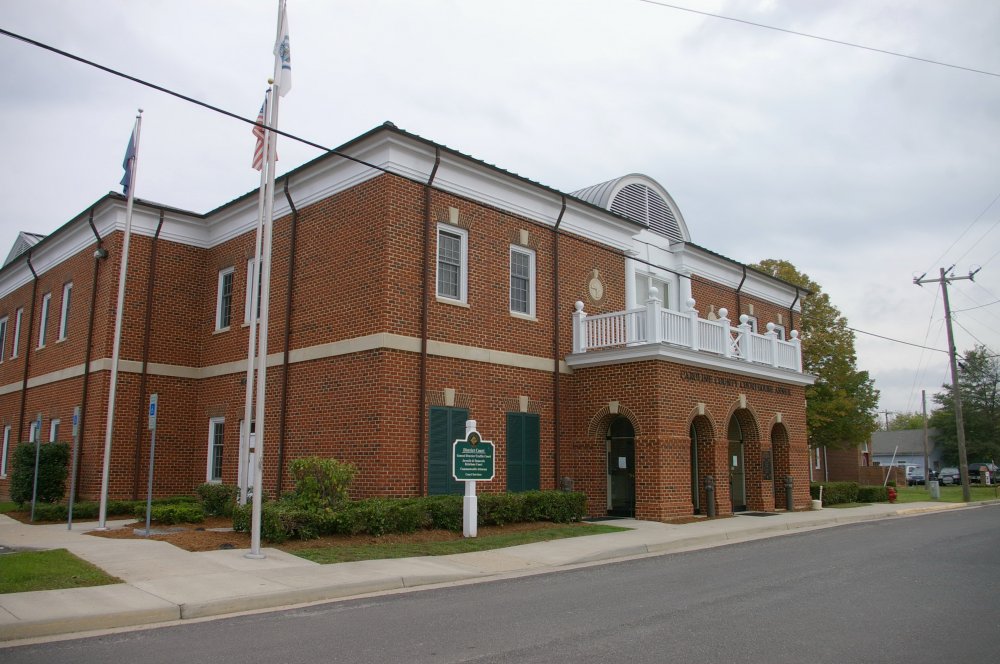 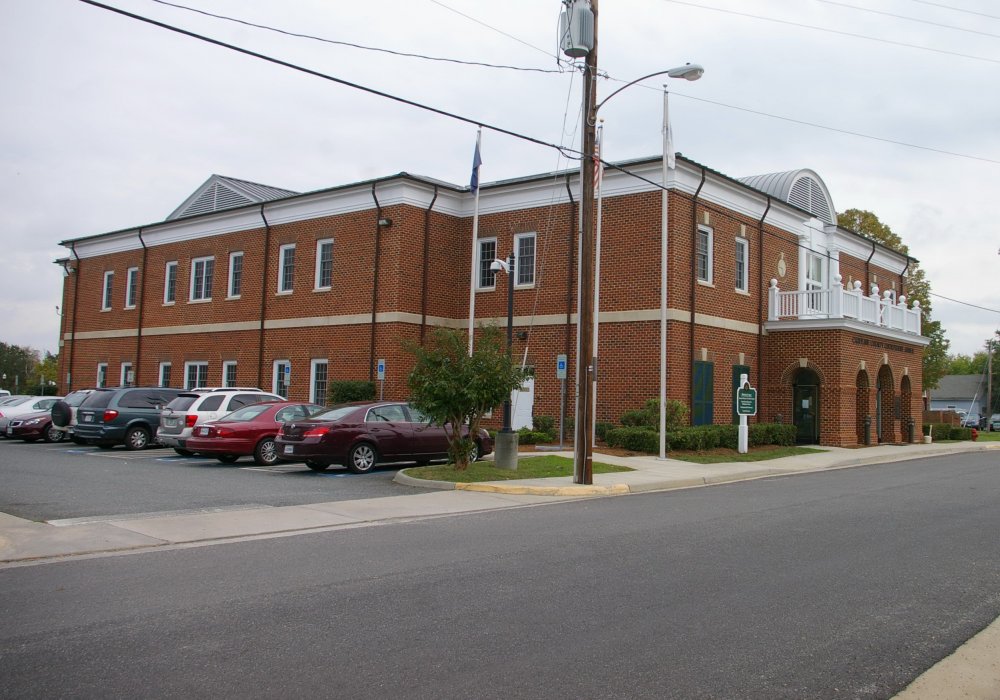