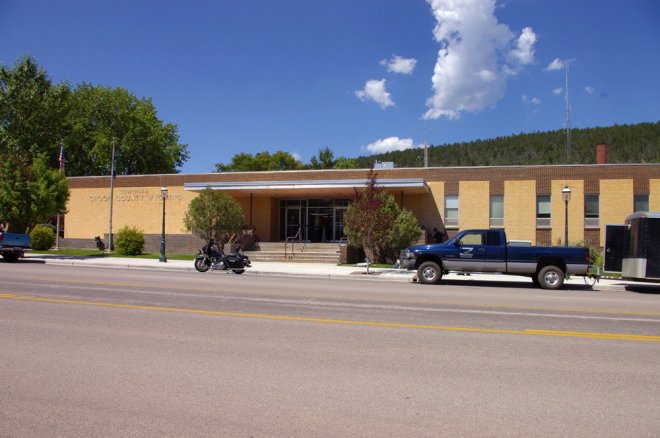 Crook County is named for George Crook, who was a General in the American Civil War and in the Indian Wars. 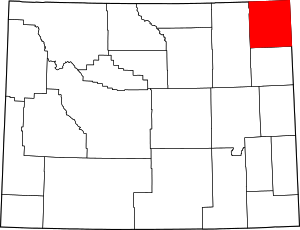 .
Description:  The building faces south and is a one story buff colored brick and concrete structure. The building is located on landscaped grounds in the center of Sundance. The building is rectangular with a lower section on the northeast side. The south front has central entrance with overhang. The windows are on the east side of the front, and have brown colored panels above and below each window. A brown colored band runs at the roof line which is flat. The building houses the County District Court and County Circuit Court of the 6th Judicial District.

Note:  The lowest point in Wyoming is Belle Fourrche River Valley at 3,100 feet ( 1820 meters ) which is located in the county. 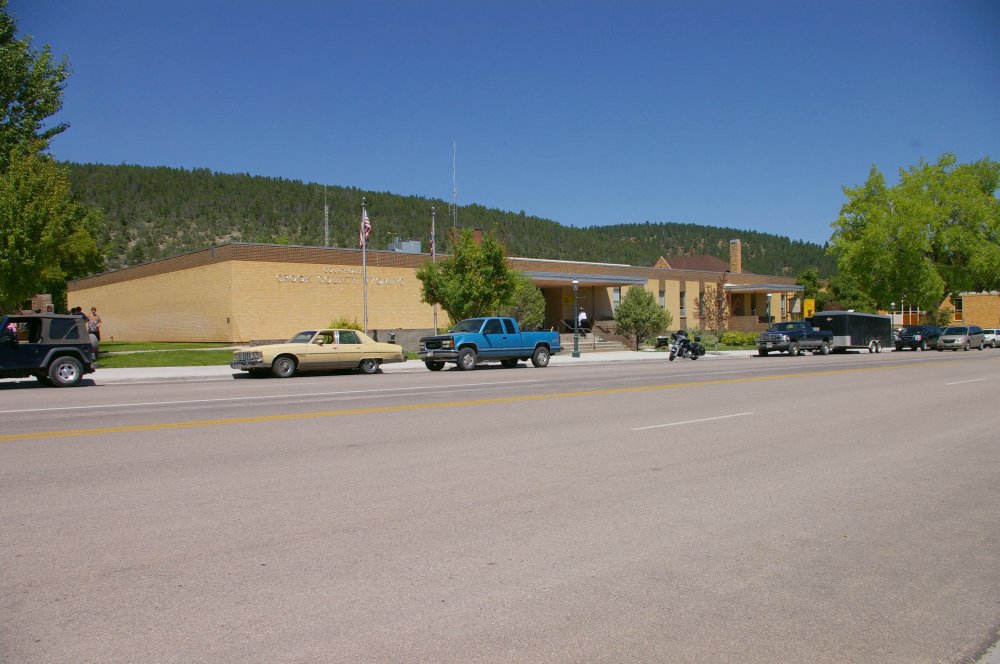 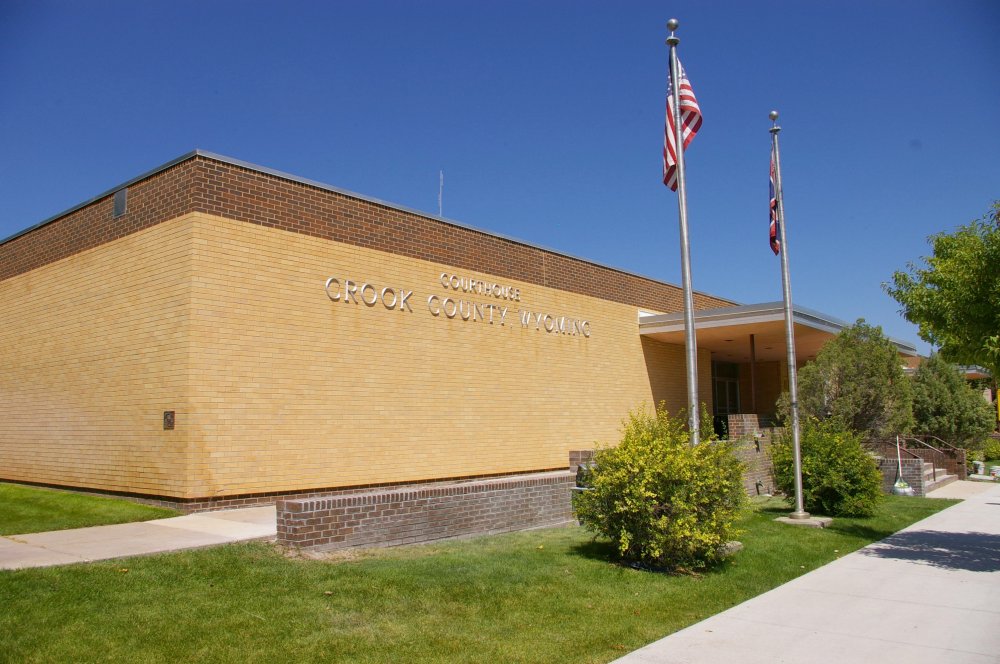 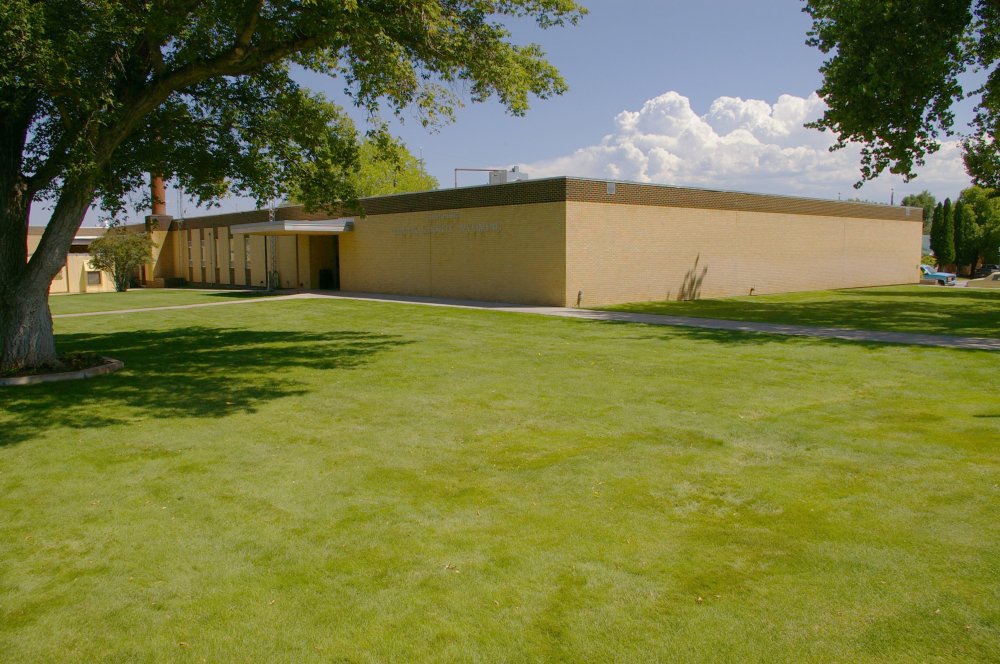 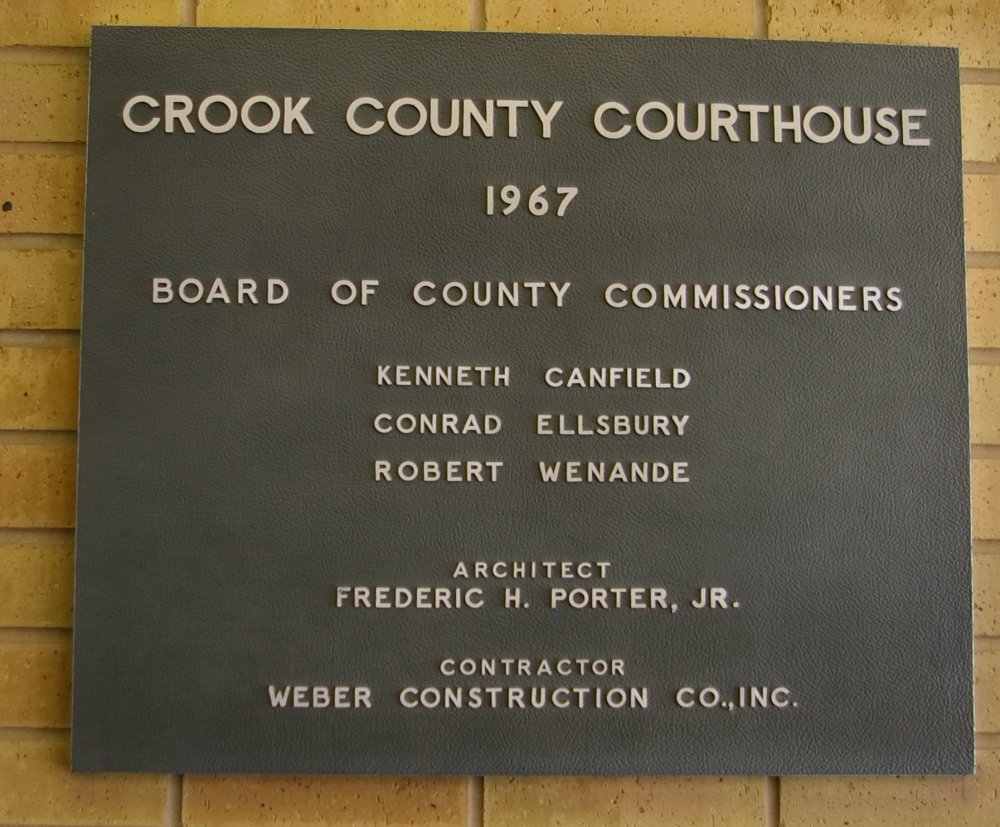 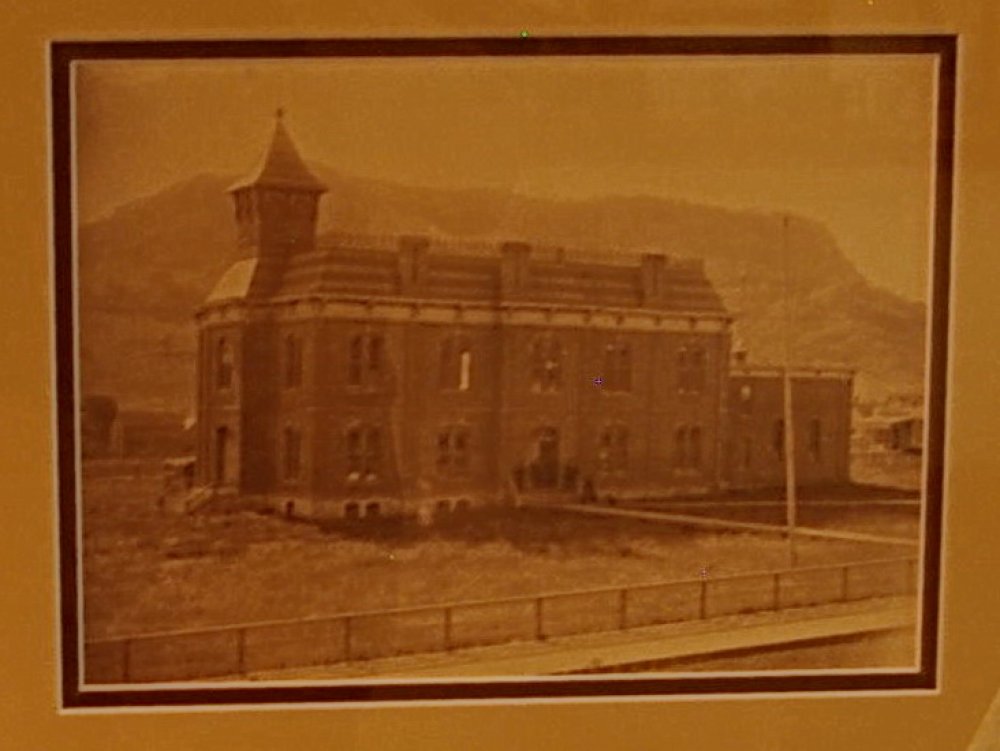 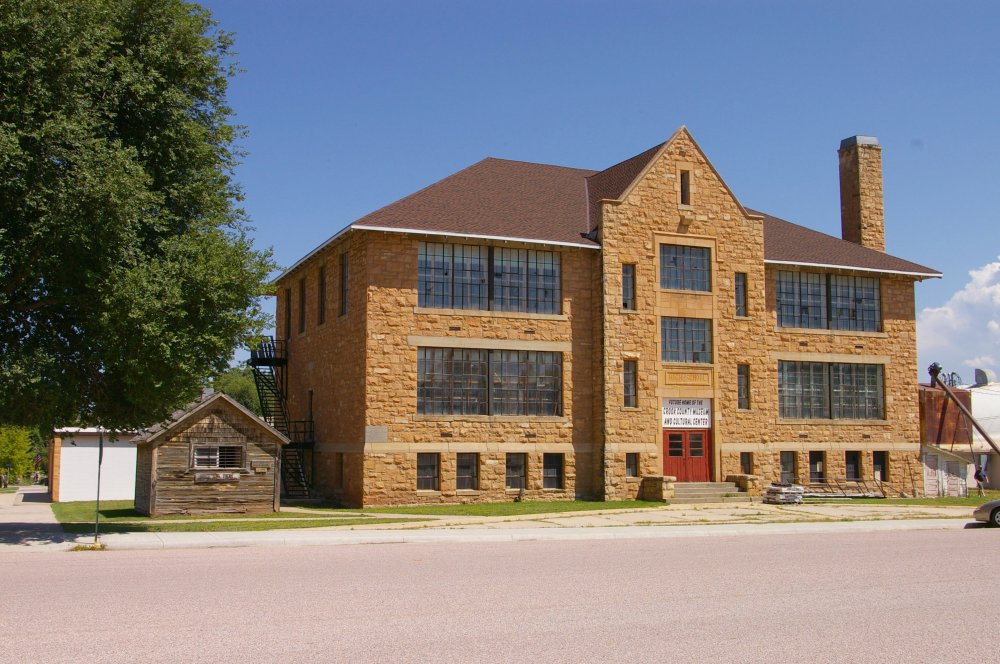