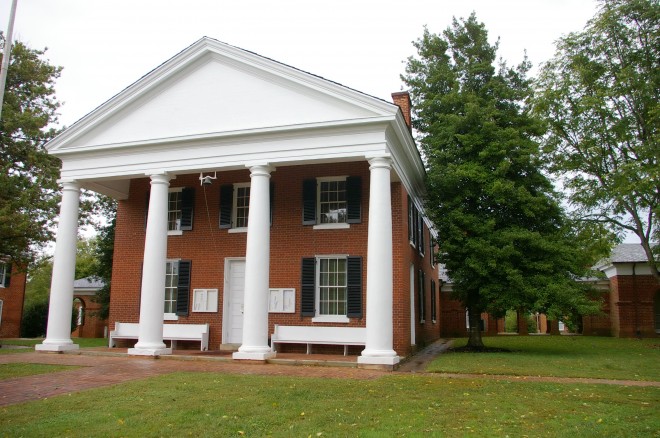 Goochland County is named for William Gooch, who was the royal lieutenant governor from 1727 to 1749.

Description:  The building faces west and is a two story red colored brick structure. The building has a free-standing tetrastyle portico in the Tuscan Order with four white colored columns rising to a pediment at the roof line. Flemish and American bond brickwork are used on the body of the building and the roof is topped with a slate roof. Additions were added in 1955 and 1990. The architect was Wood Sweet Swofford. On the east side is an addition with four columns and an arcade. On the northeast side is an addition which houses the court. The building sits in the center of courthouse square with the old Clerk’s Office ( 1847 ) and the James Clopton Knibb Building ( 1906 ) on the north side and the old stone jail ( 1833 ). 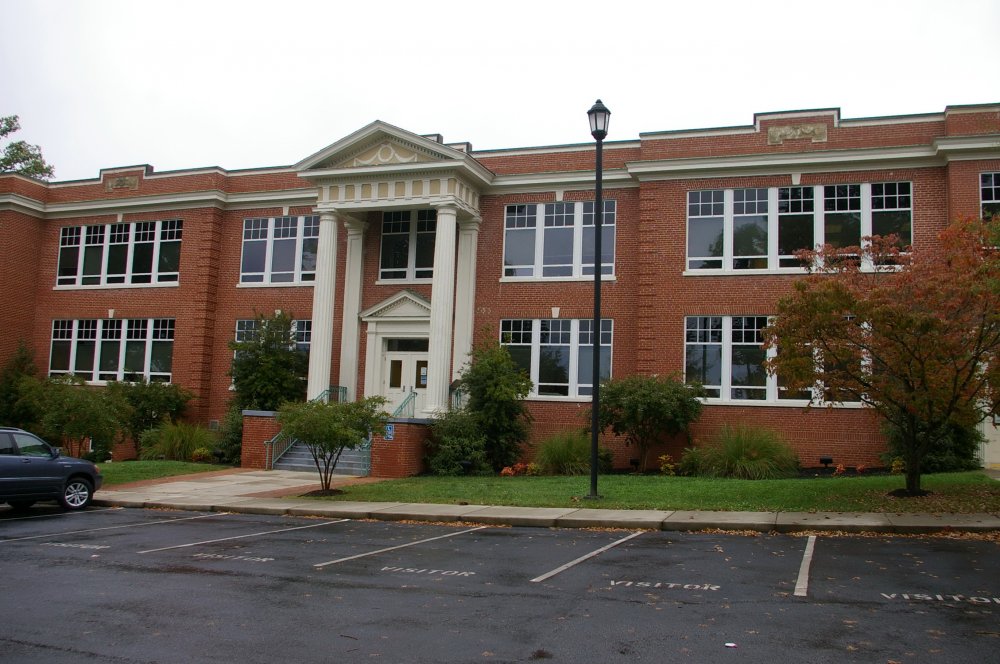 Description:  The building faces south and is a two story red colored brick structure. The south front has a high central portico supported by two tall columns with pediment above. The roof line is flat. The building was a former high school and was remodeled in 2005. The architect was Rawlings Wilson & Associates and the contractor was Southwood Builders, Inc. 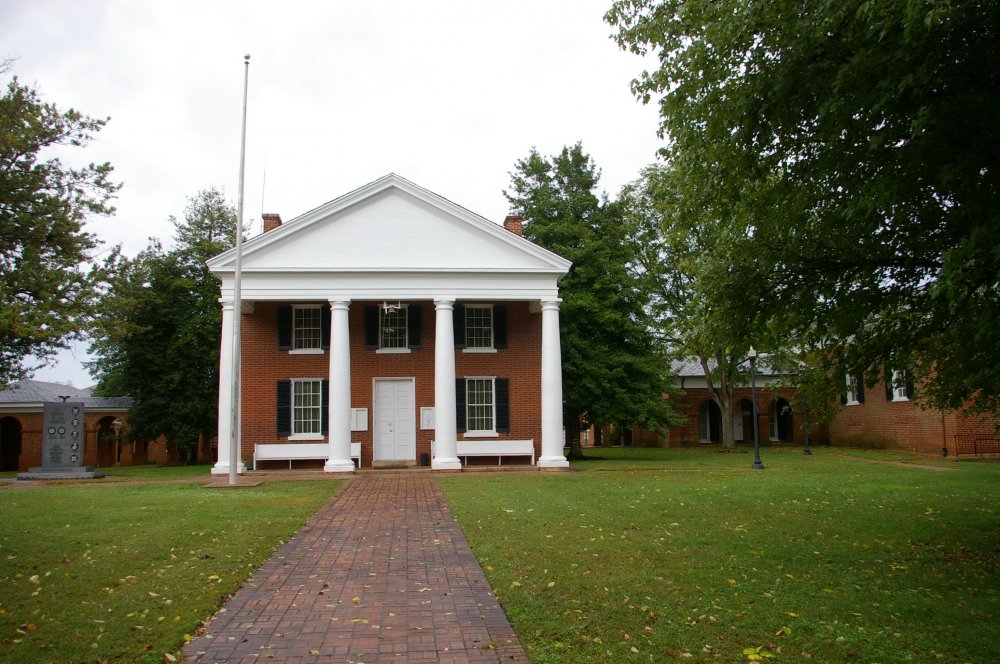 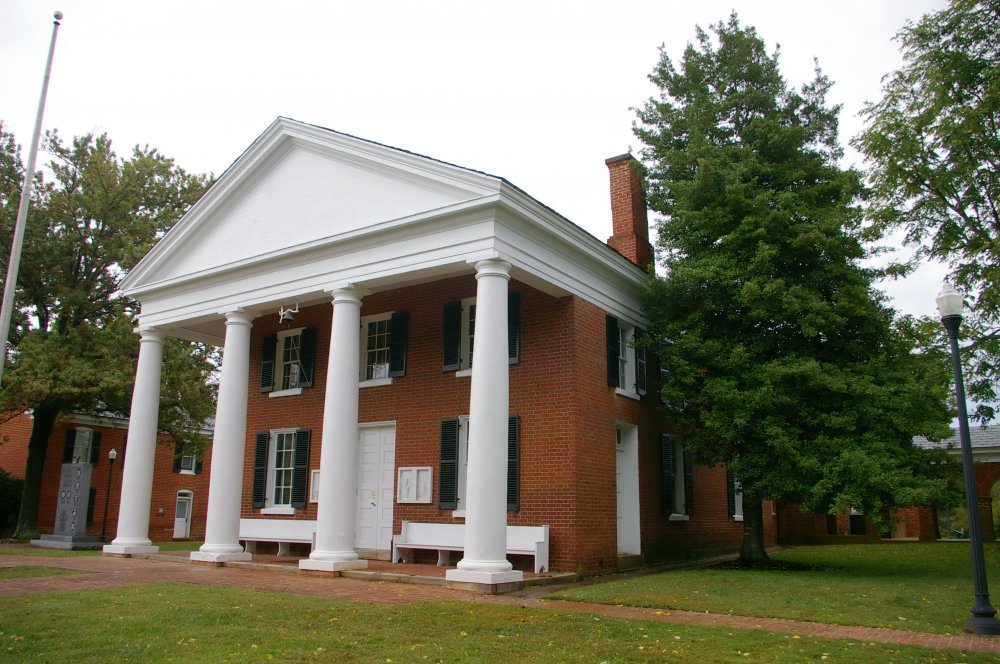 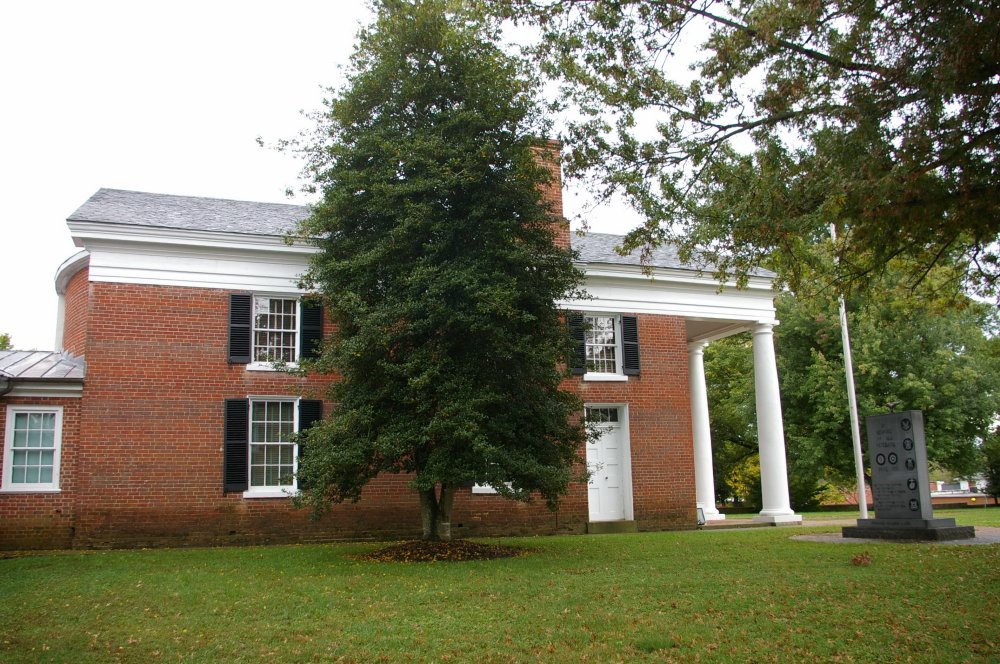 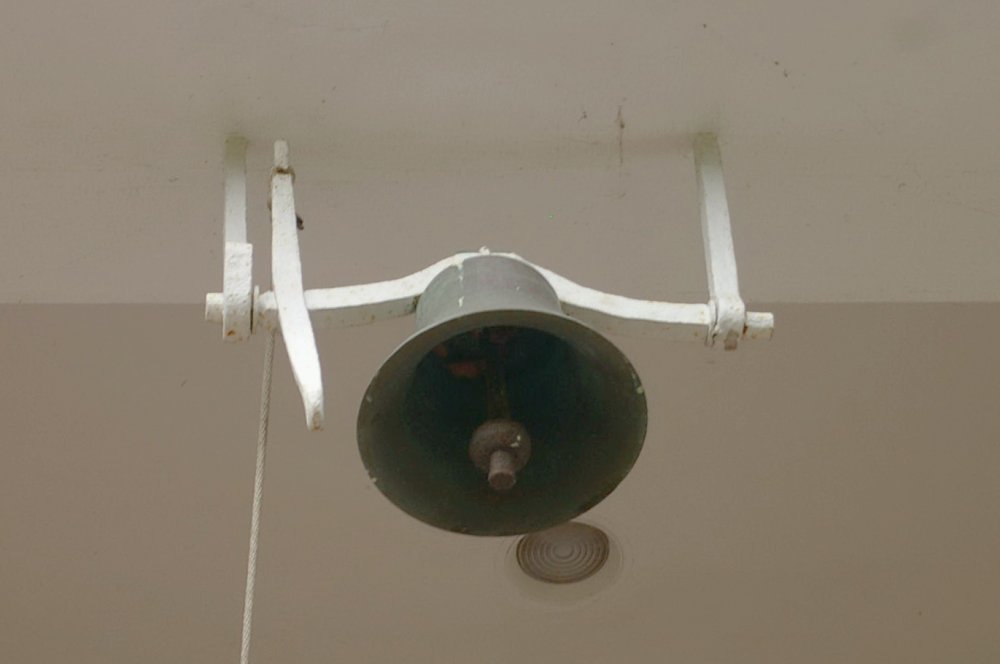 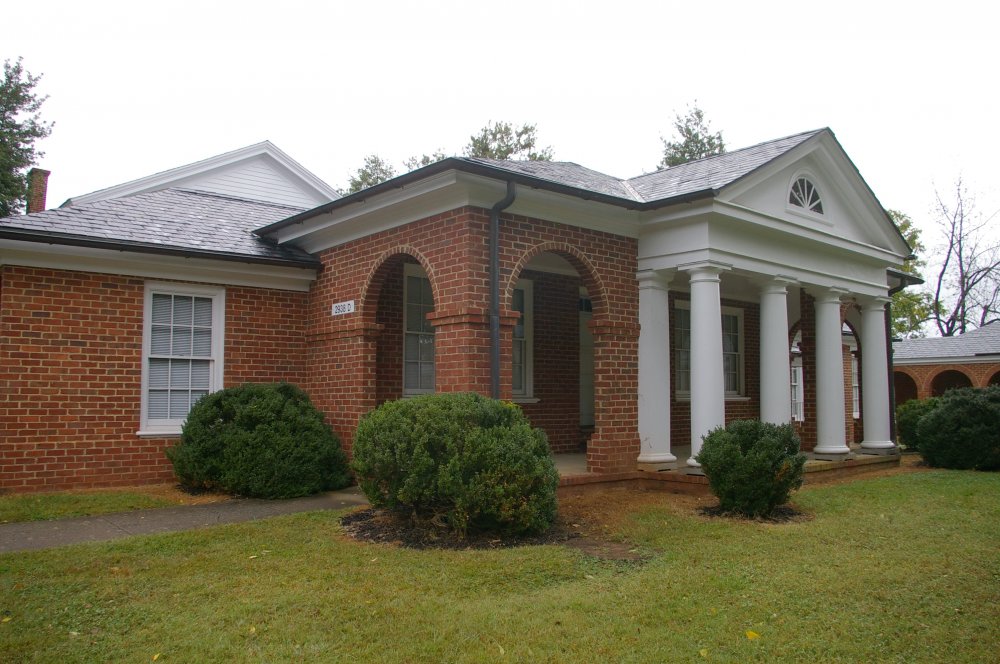 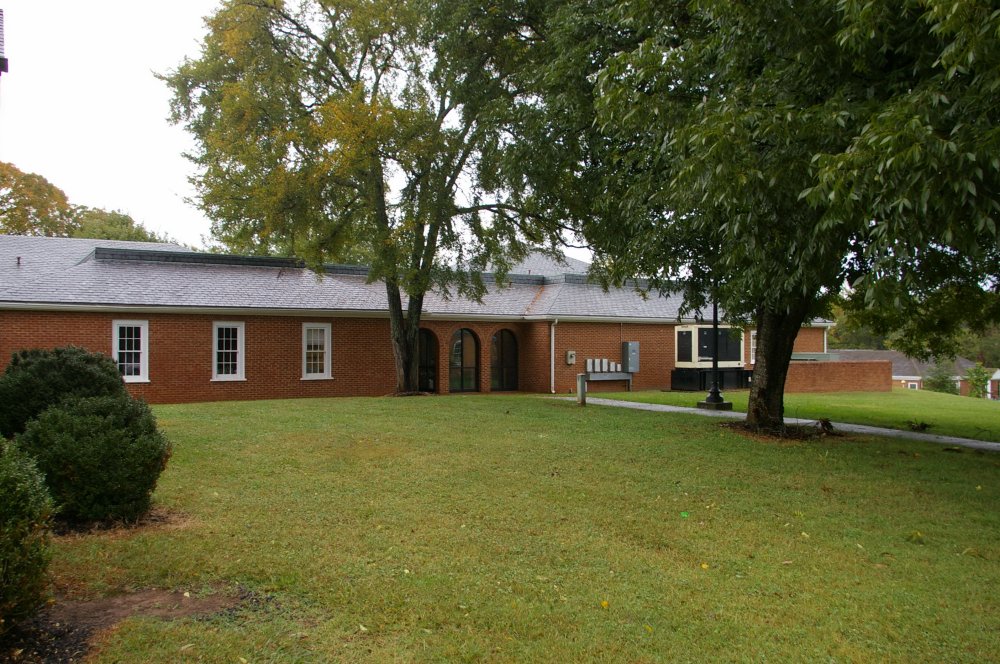 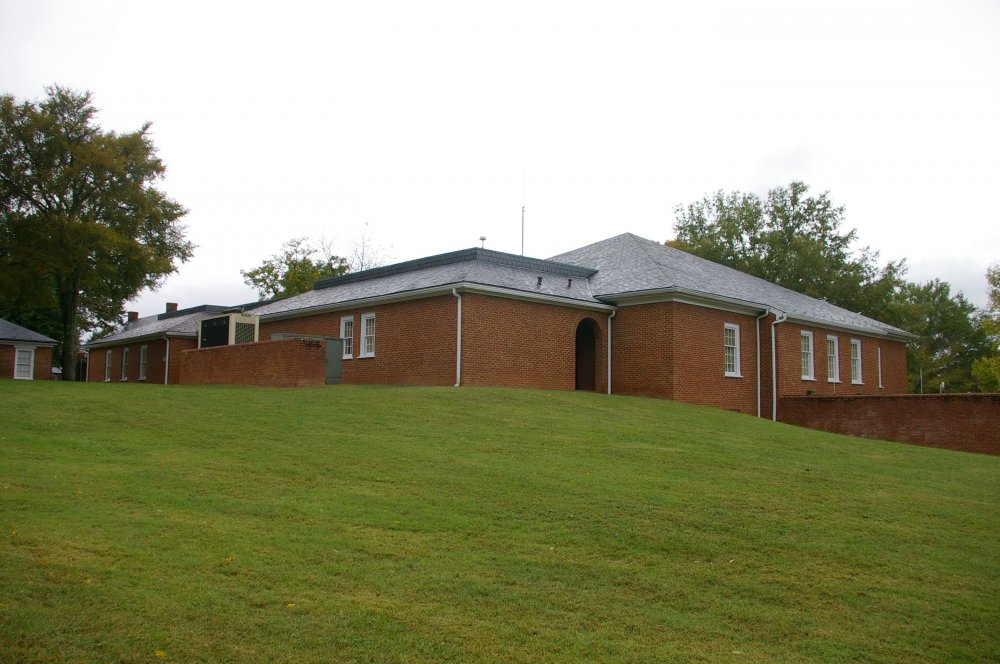 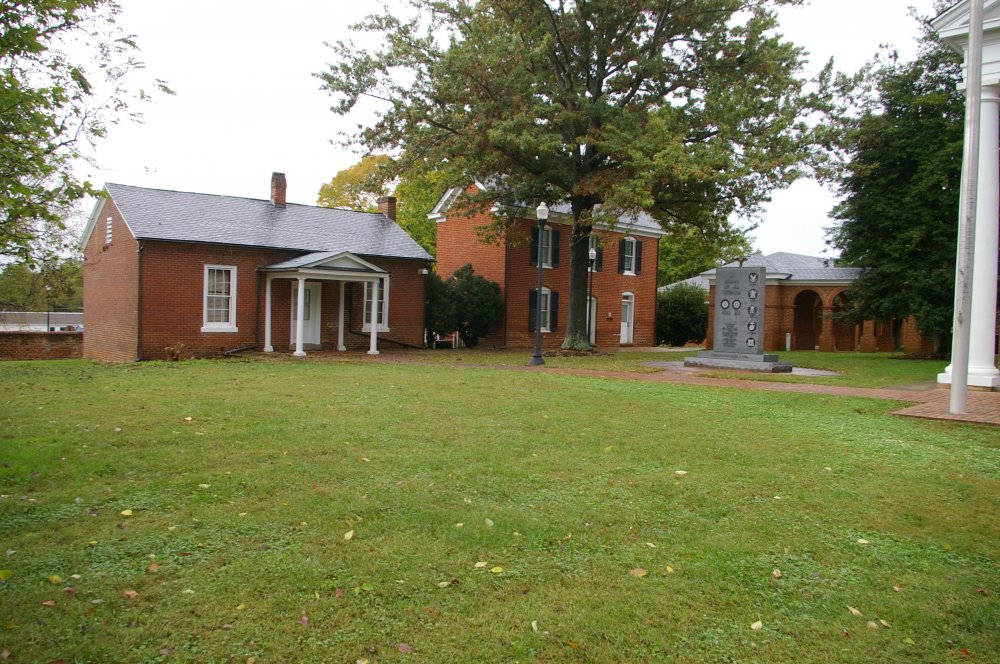 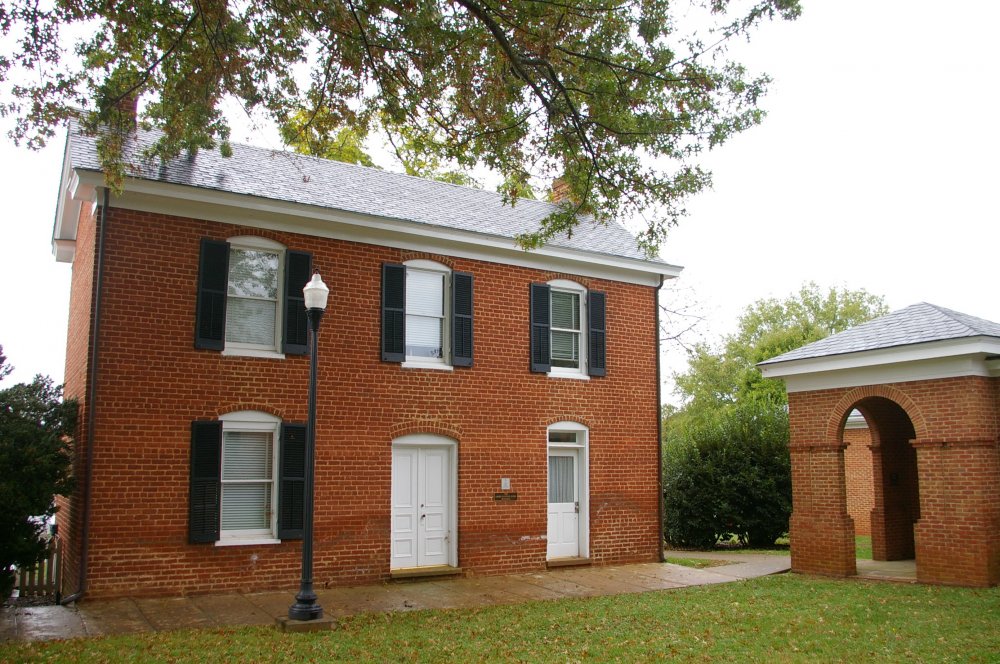