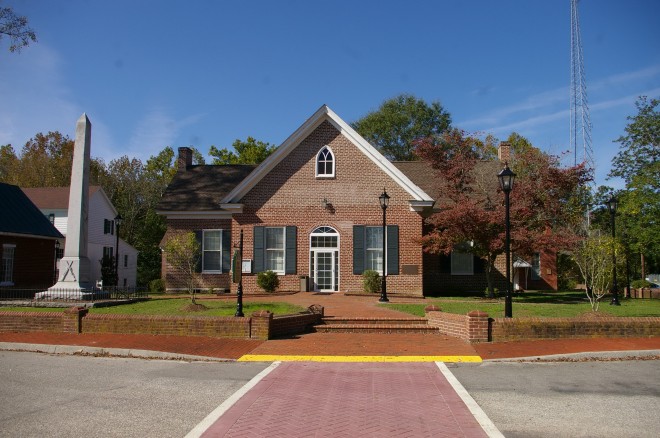 Description:  The building faces east and is a one story red colored brick structure.  The building is located on landscaped grounds in the center of the town.The building is crucifix shaped with the north wing having the main entrance. The roof is hipped. Remodeled 1864 after fire. The wings were added in 1895. Behind the courthouse is the Old Jail. 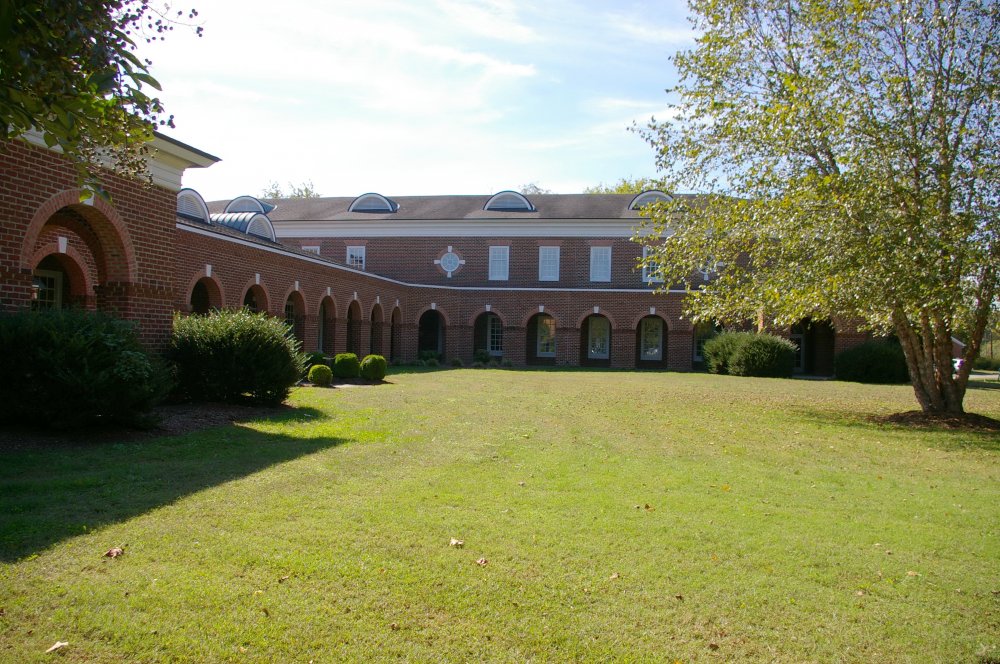 Description:  The building faces northwest and is a two story red colored brick and concrete structure. The building is located on landscaped ground on the east side of the old courthouse in the center of the town. The north section is a large square one story building. On the south side is a two story rectangular building with hipped roof. Across the front are a series of arches. The building is named as the Courts and Administration Building. 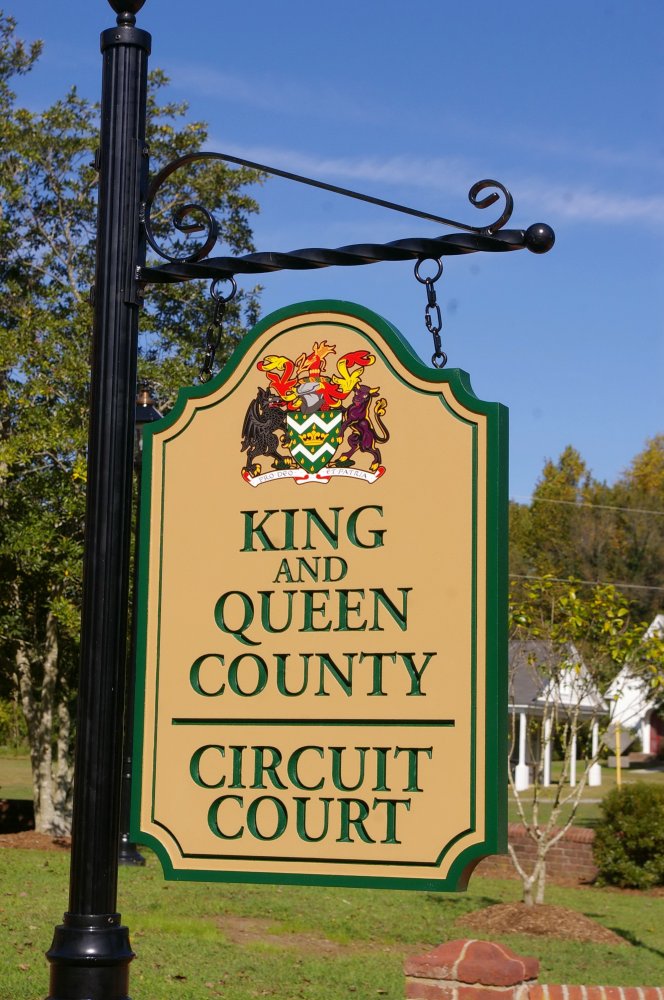 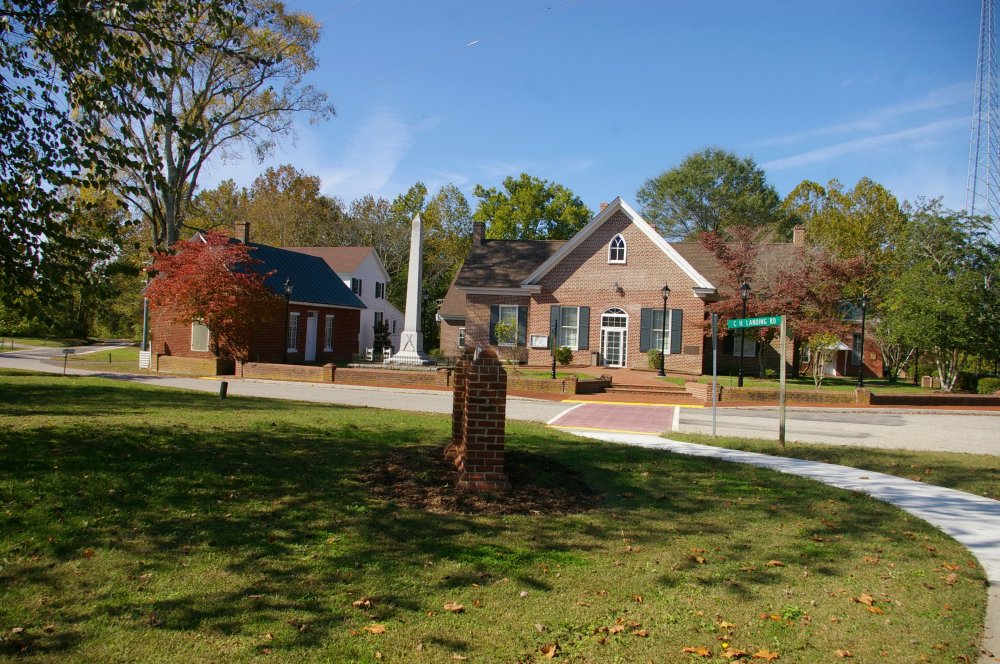 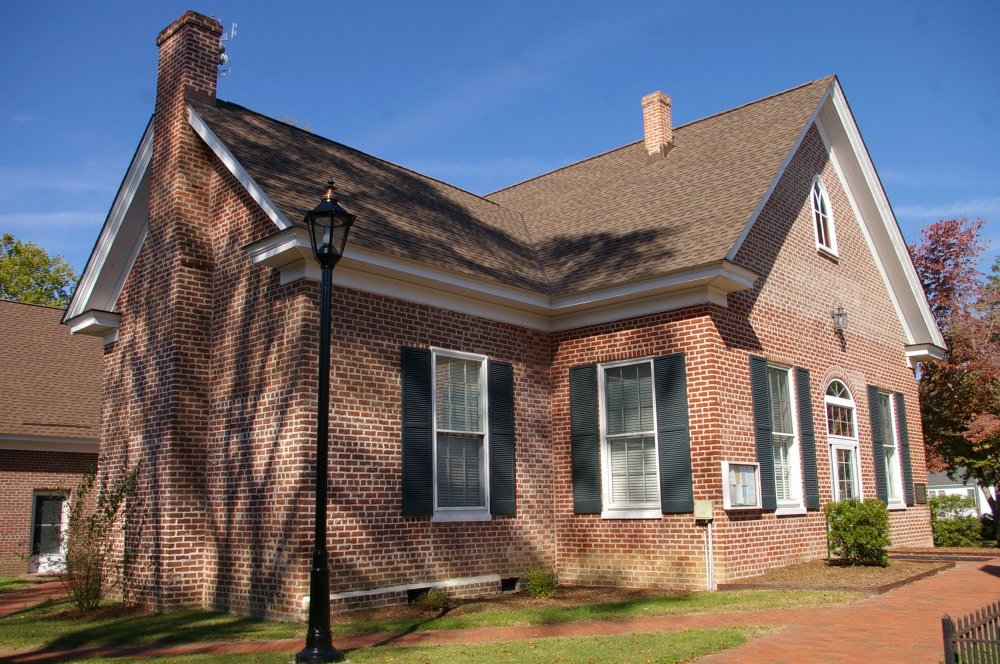 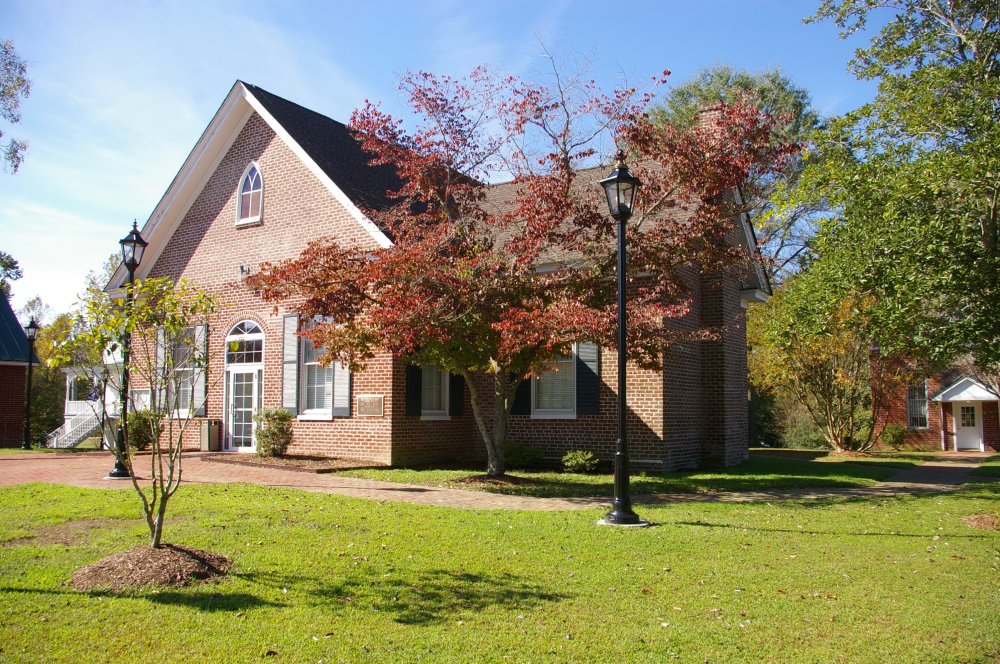 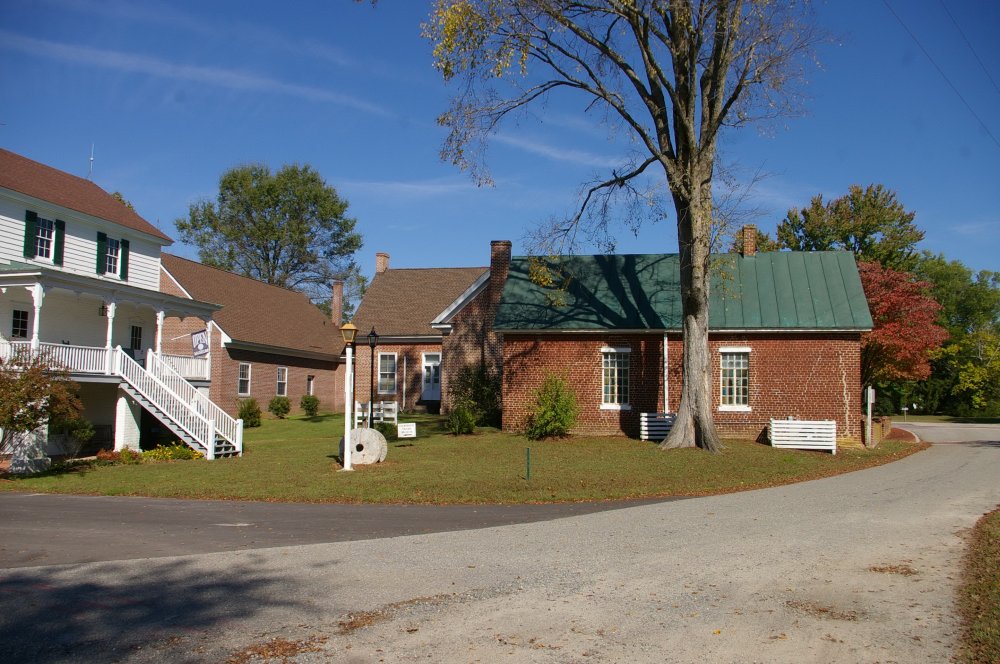 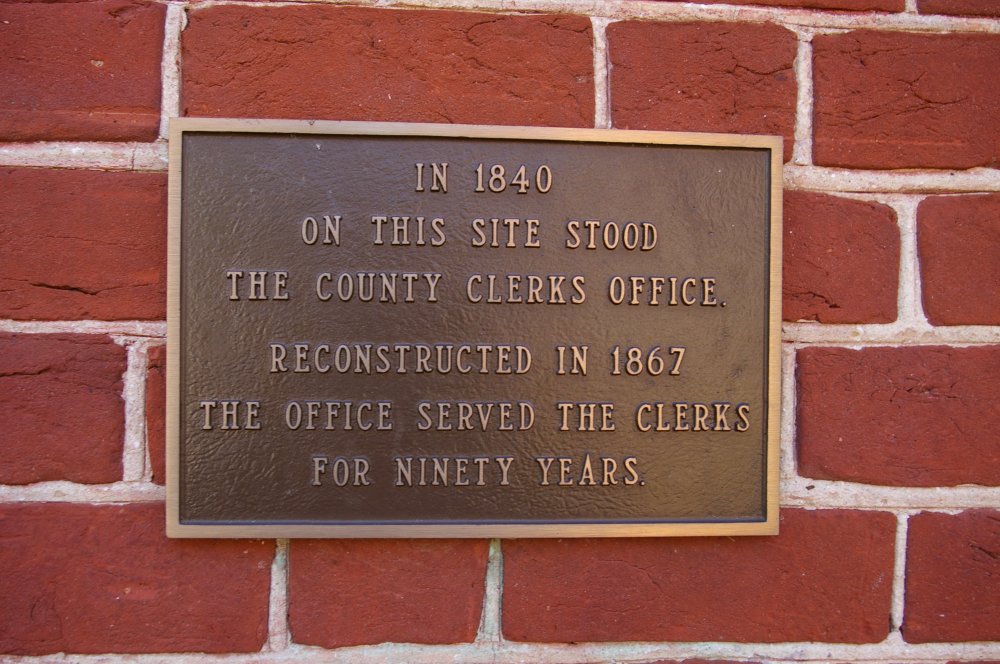 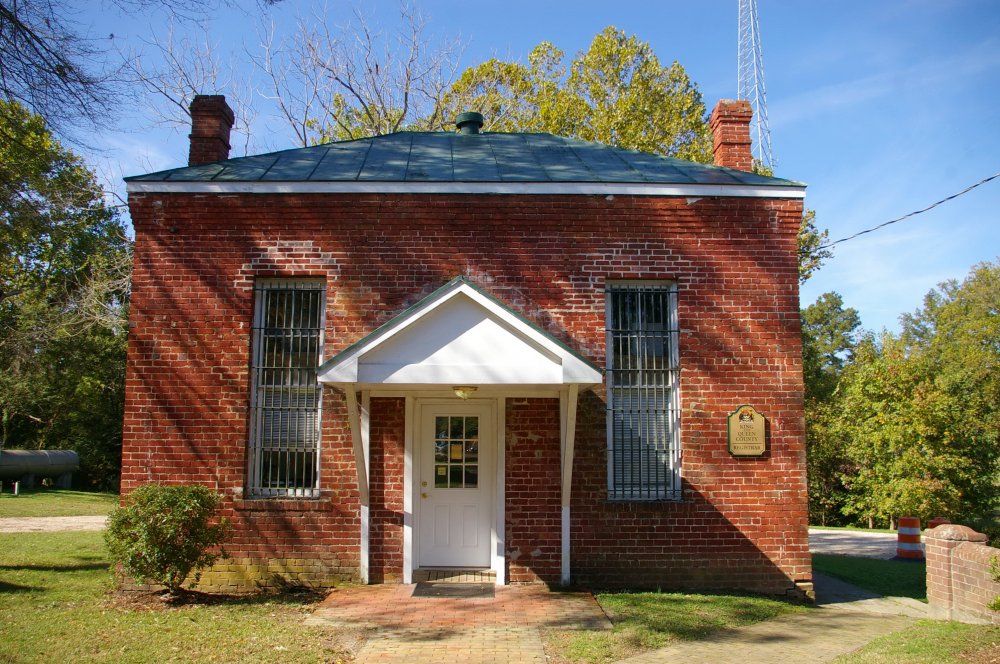 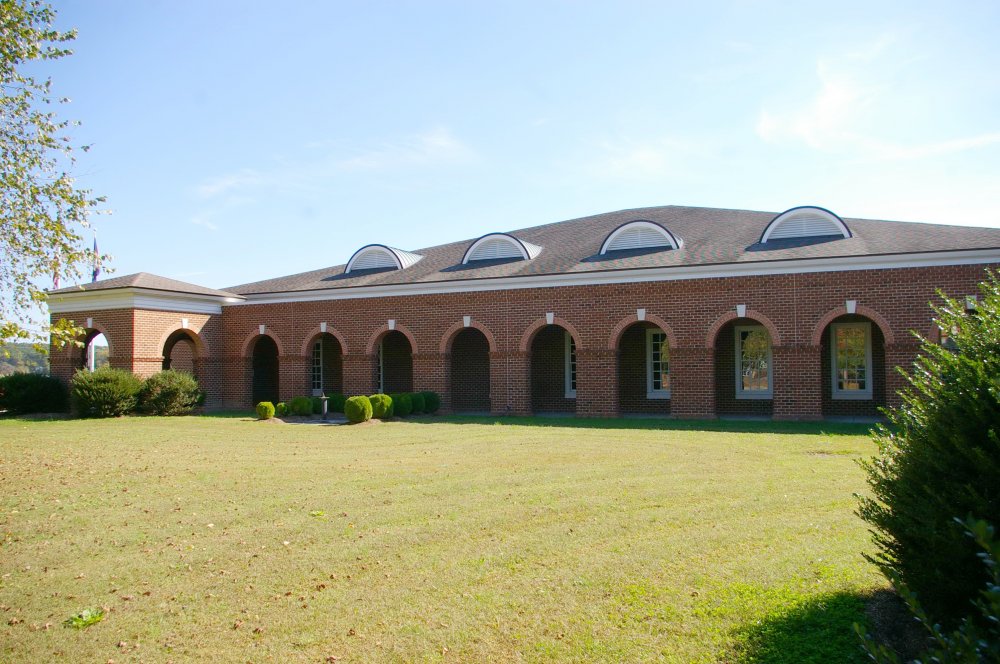 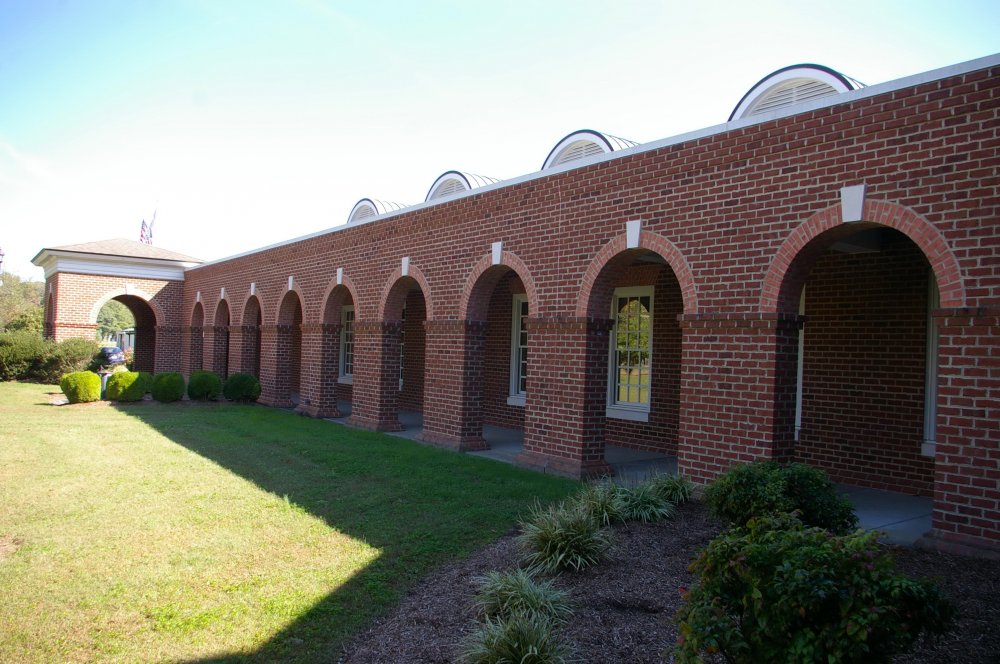