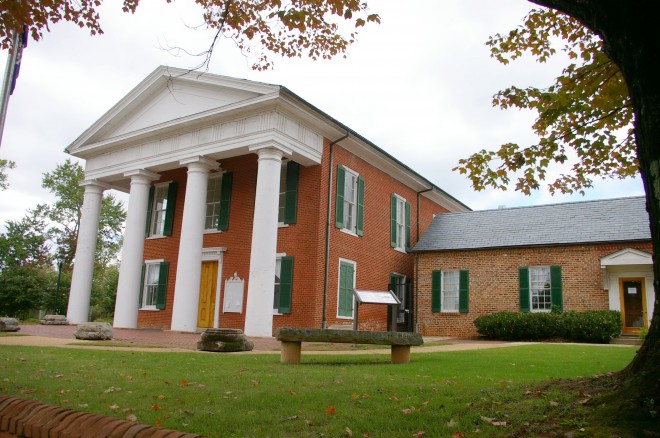 Buckingham County is named for the Duke of Buckingham, who was from Buckinghamshire in England or for “Buckingham” which was the estate of Archibald Cary located on Willow Creek.

Description:  The building faces south and is a two story red colored brick and wood structure. The building is located on landscaped grounds with a one story Clerk’s Office on the east side and the new courthouse on the north side. The south front of the rectangular building has a large portico with four white colored columns rising to a pediment. The recessed entrance has white colored wood trim. The building has green colored shutters and a hipped roof. 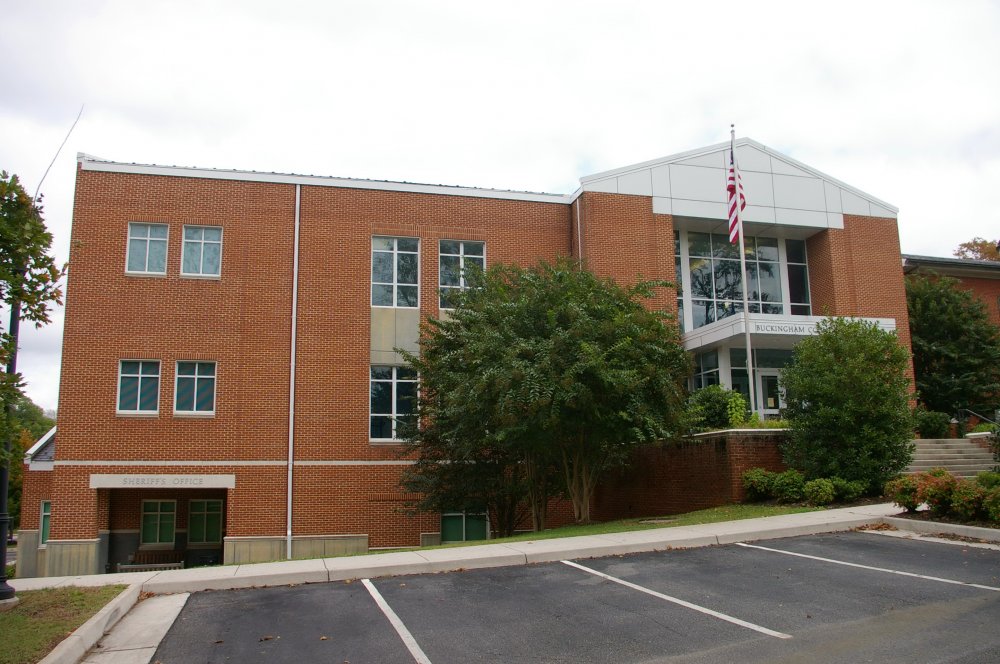 Description:  The building faces west and is a three story red colored brick, glass and concrete structure. The west front has an entrance towards the south with extended canopy and glass walls. Above the entrance is a large glass wall with peaked roof above. The roof line is flat. The building is named as the Courthouse Addition. 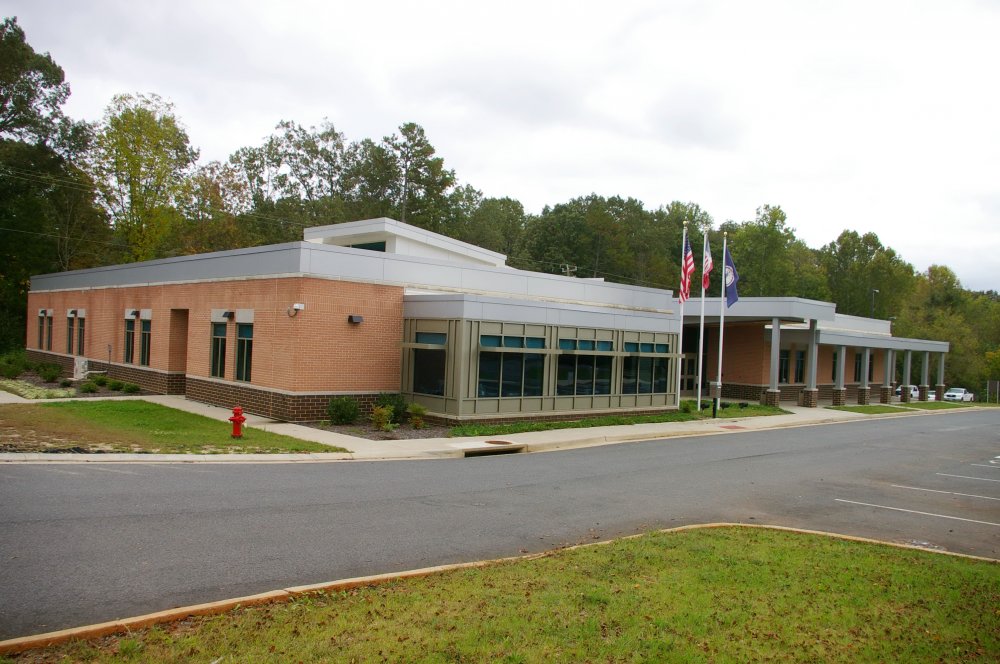 Description:  The building faces west and is a one story buff colored brick, glass and concrete structure. The west front has a recessed center entrance with canopy. The north side of the front has a glassed section and the south side has a series of columns. A wide band runs along the flat roof line with a raised section on the center of the roof. 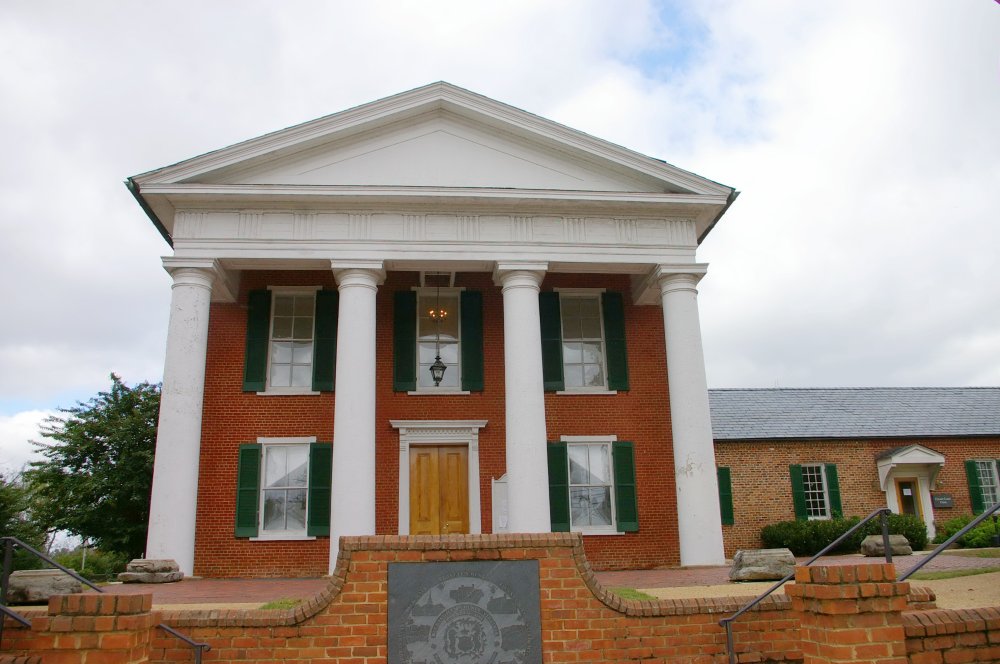 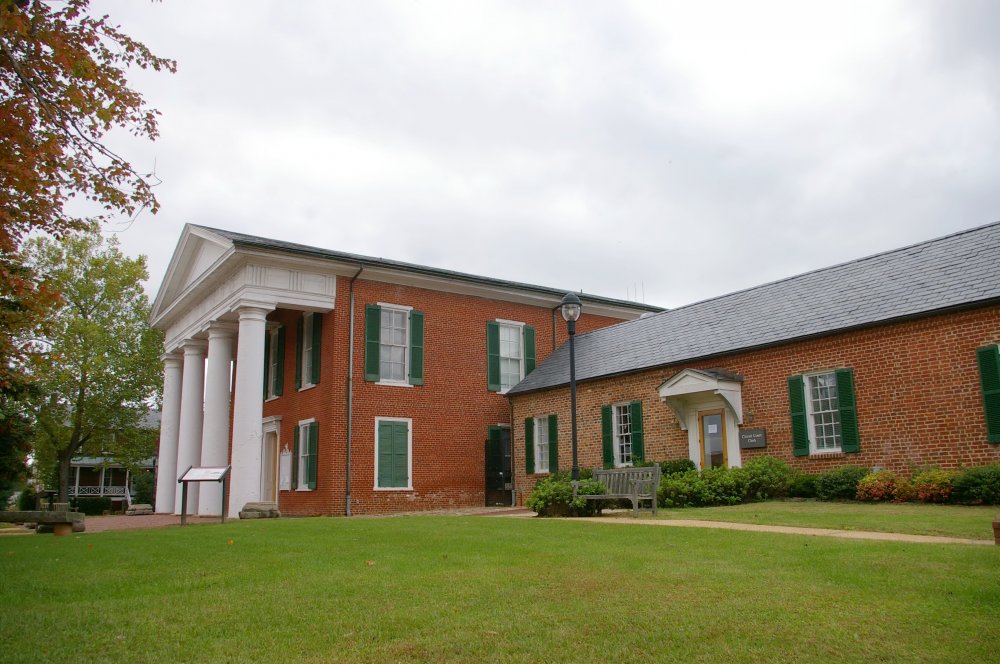 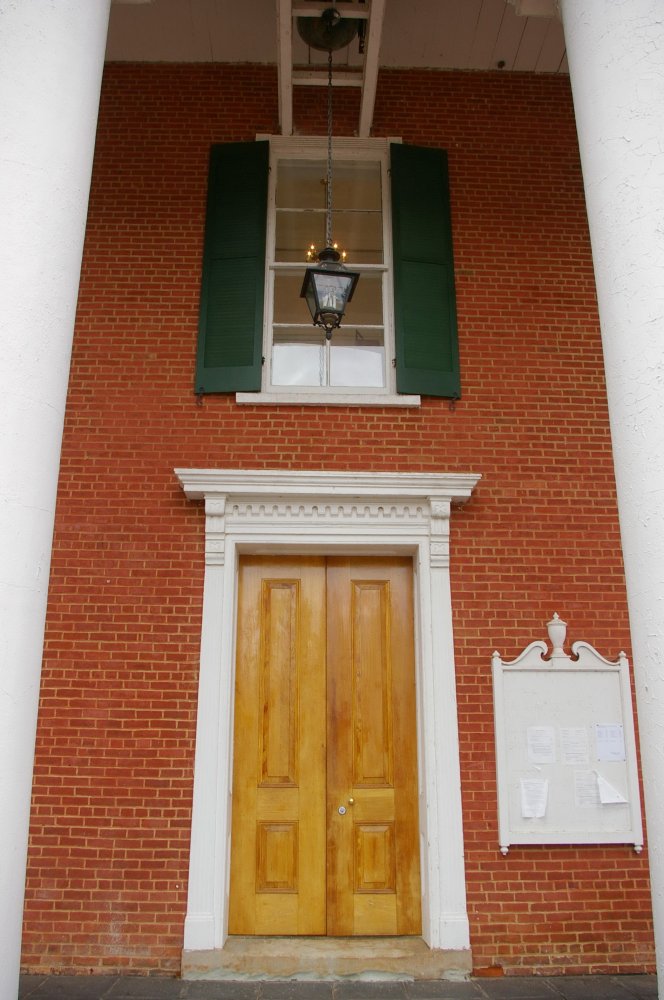 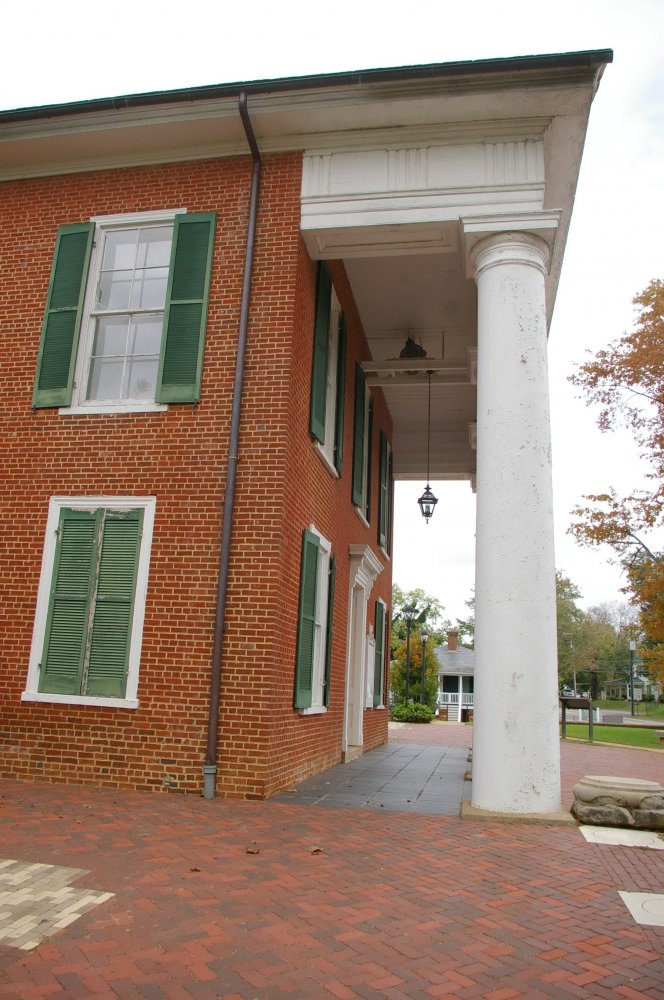 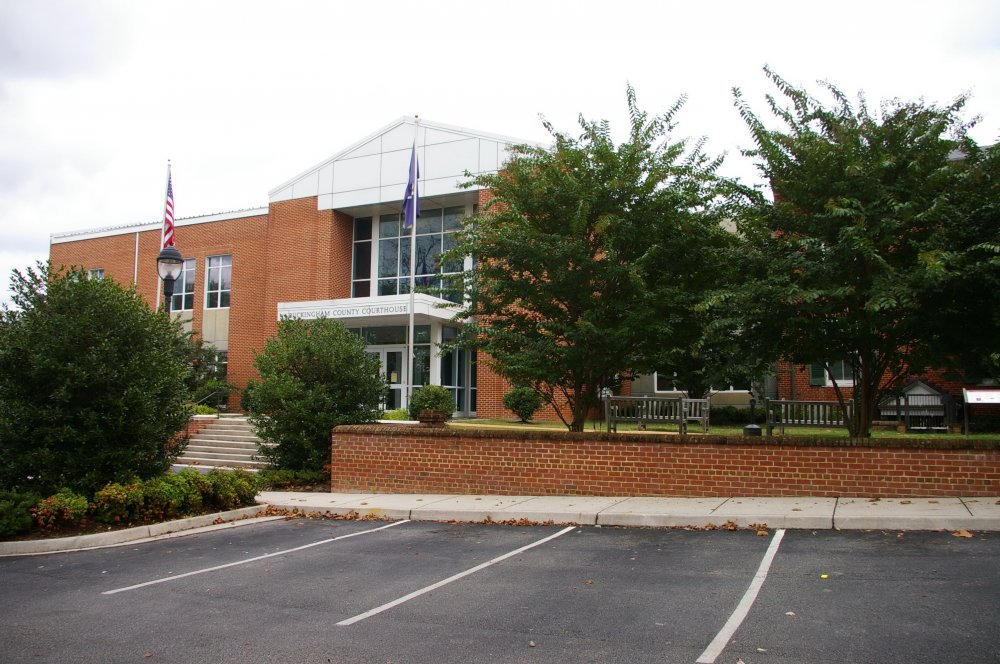 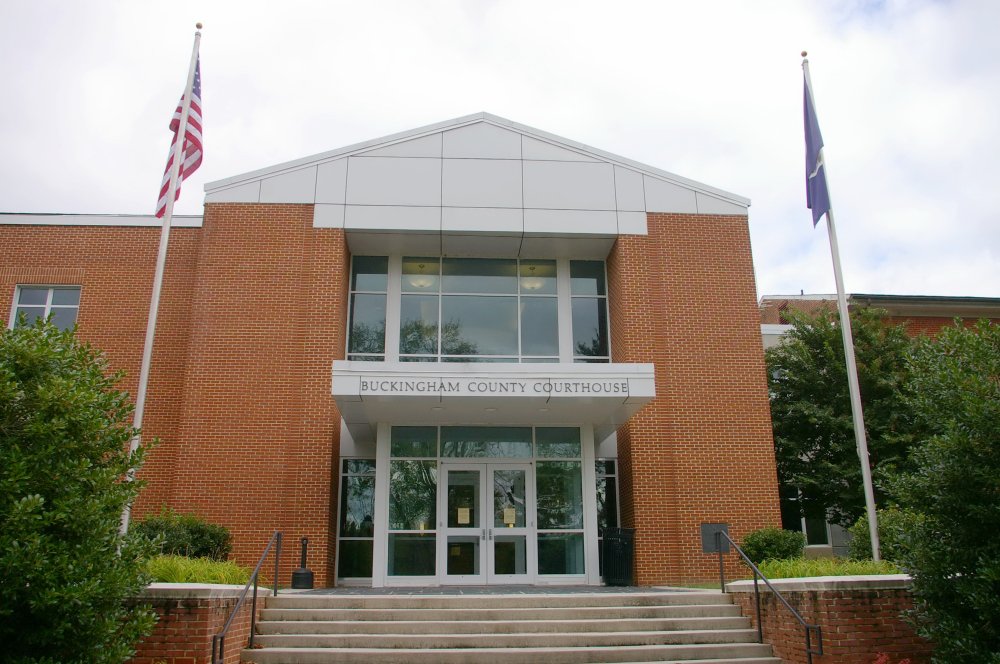 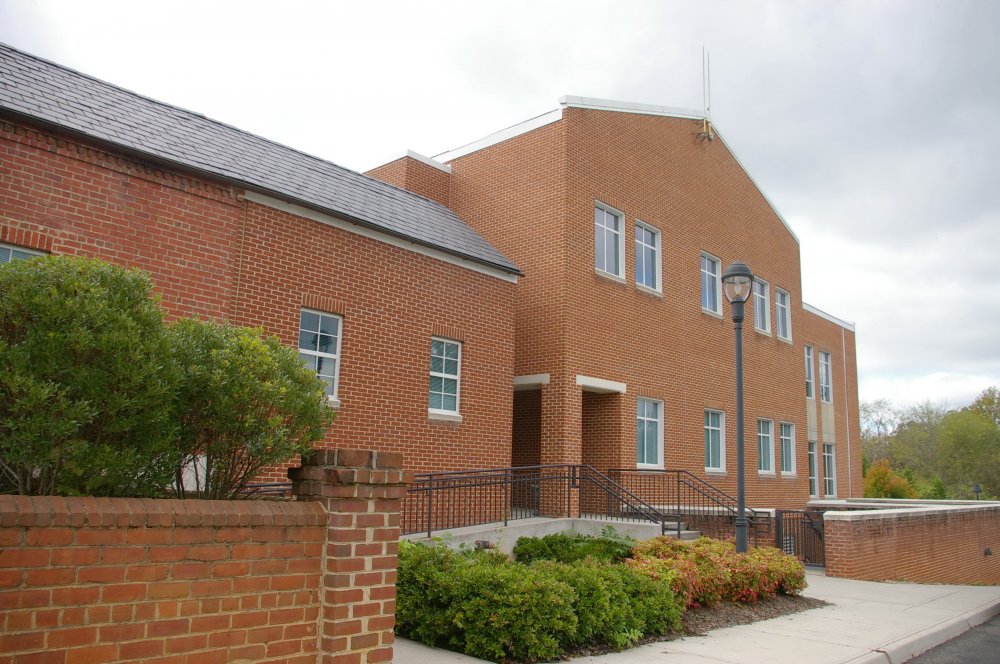 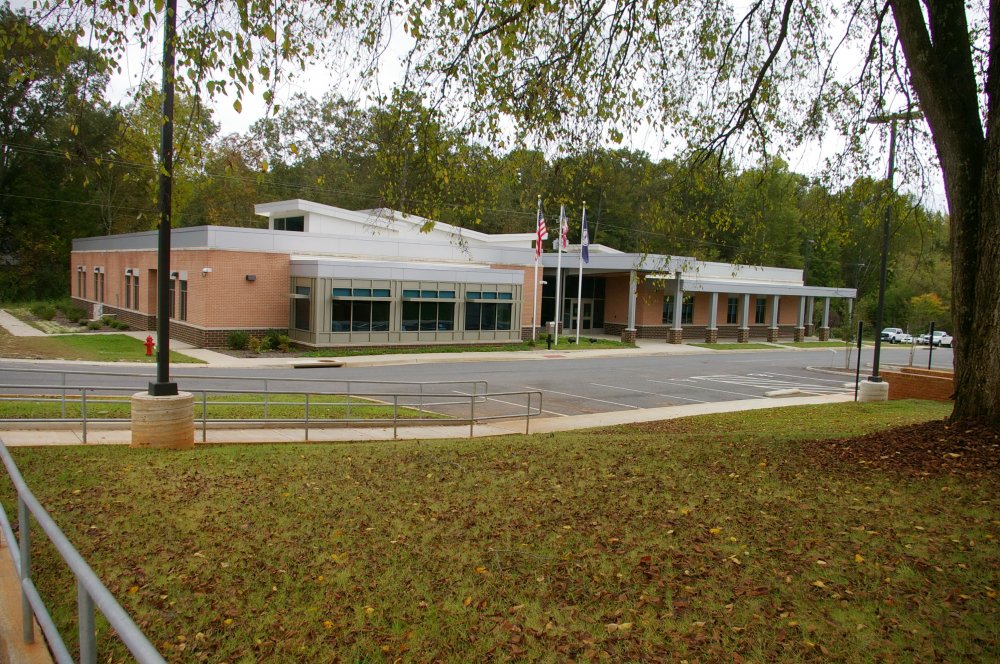