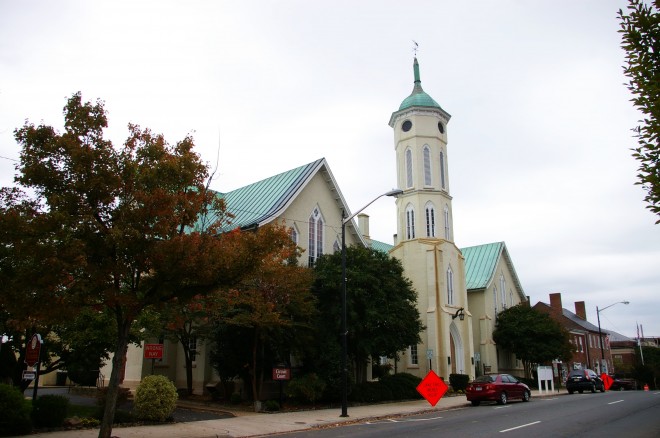 Fredericksburg is named for Frederick, Prince of Wales, who was the eldest son of King George II.

Description:  The building faces west and is a two story cream colored stucco structure. The building is rectangular. The west front has a central tower with arched entrance on the first story and rising to an octagonal tower with green colored dome at the top. The north and south sections project from the main building and have high narrow windows and gable ends. The green colored roof is hipped. The building was remodeled in 1870. The architect was James Tingue.

Note:  The first courthouse was built in 1736 to 1740. The present courthouse tower houses a six hundred pound bronze bell made at the Paul Revere Foundry in Boston, one of one hundred and thirty-four surviving Revere Foundry bells and the only known Revere bell in Virginia. The bell was donated to the Corporation of Fredericksburg in 1828 by Silas Wood, of New York, who married Miss Julia Ann Chew Brock of Fredericksburg in 1816.

Description:  The building faces southwest and is a three story red colored brick and concrete structure. The southwest corner has an entrance with four white colored columns rising to a pediment above the second story. Above is a square brick base with white colored octagonal cupola. The third story has a mansard roof. The building houses the General District Court and the Juvenile and Domestic Relations courts. The planning was completed by First Choice Public-Private Partners L C. 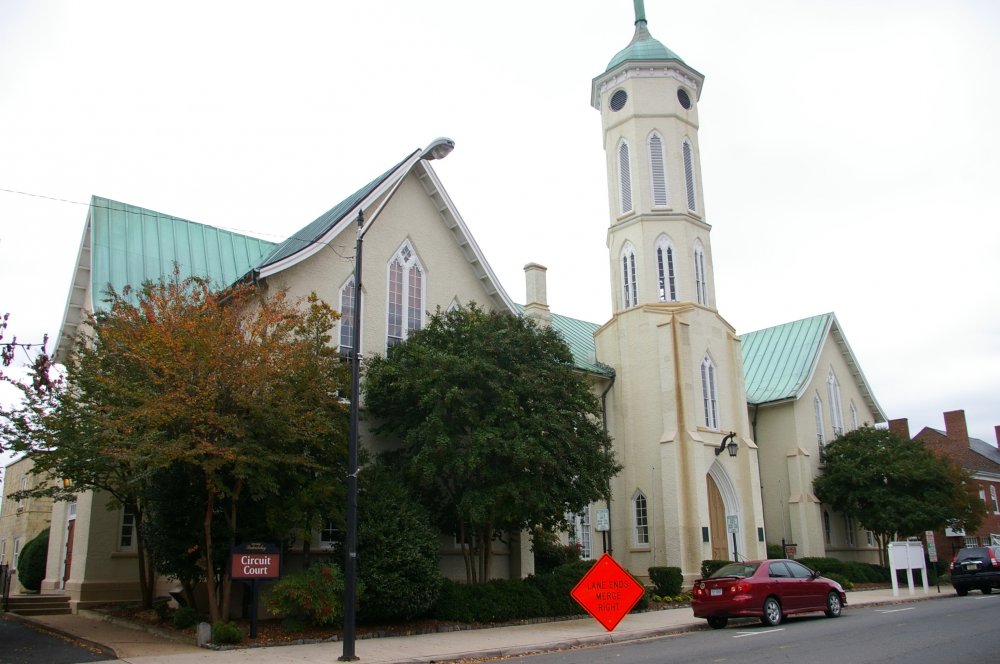 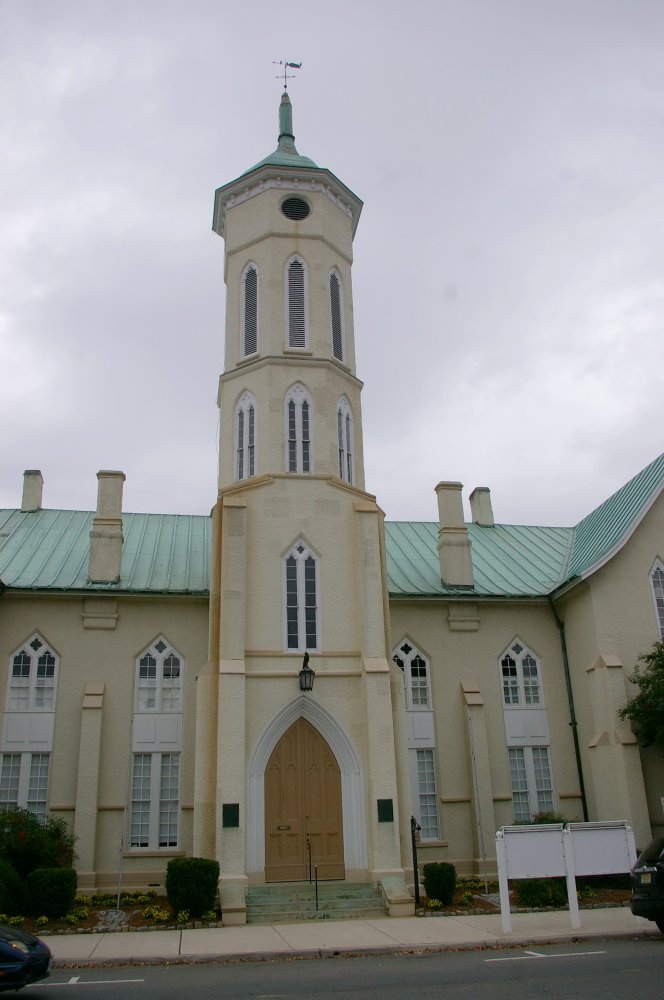 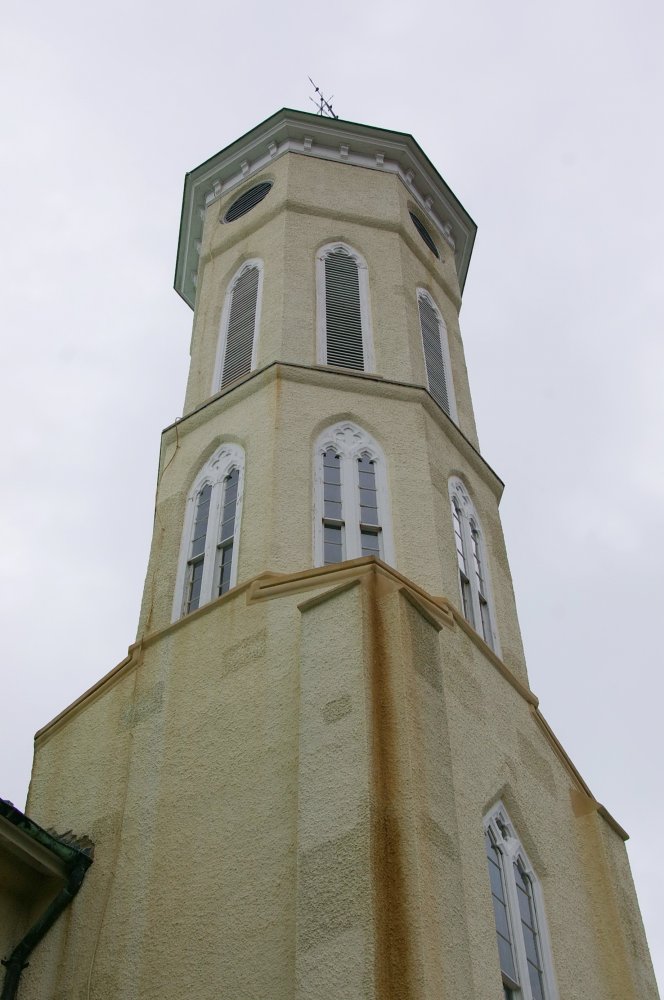 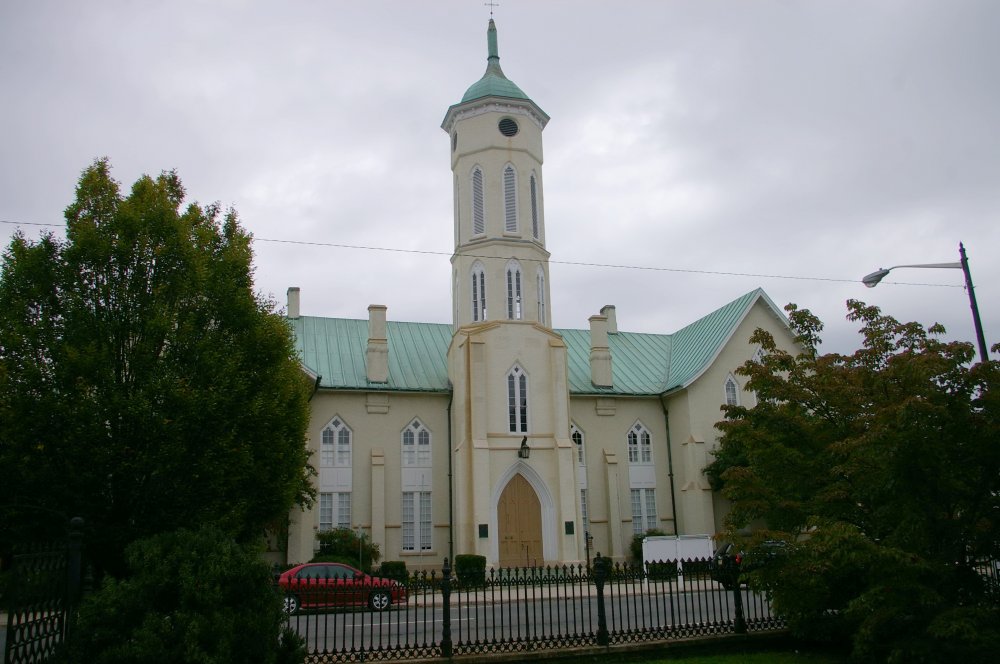 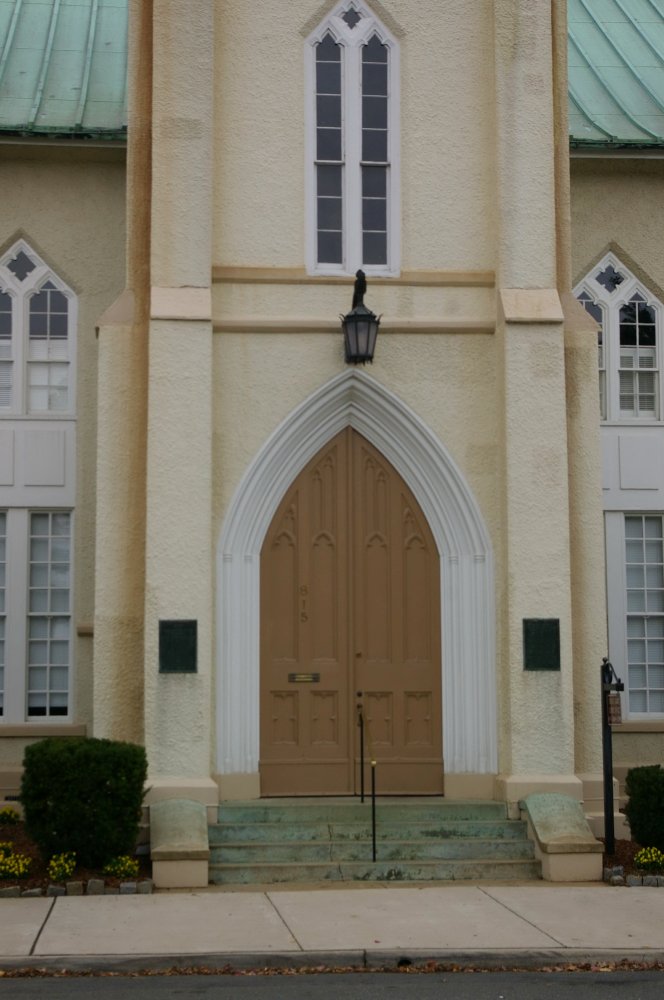 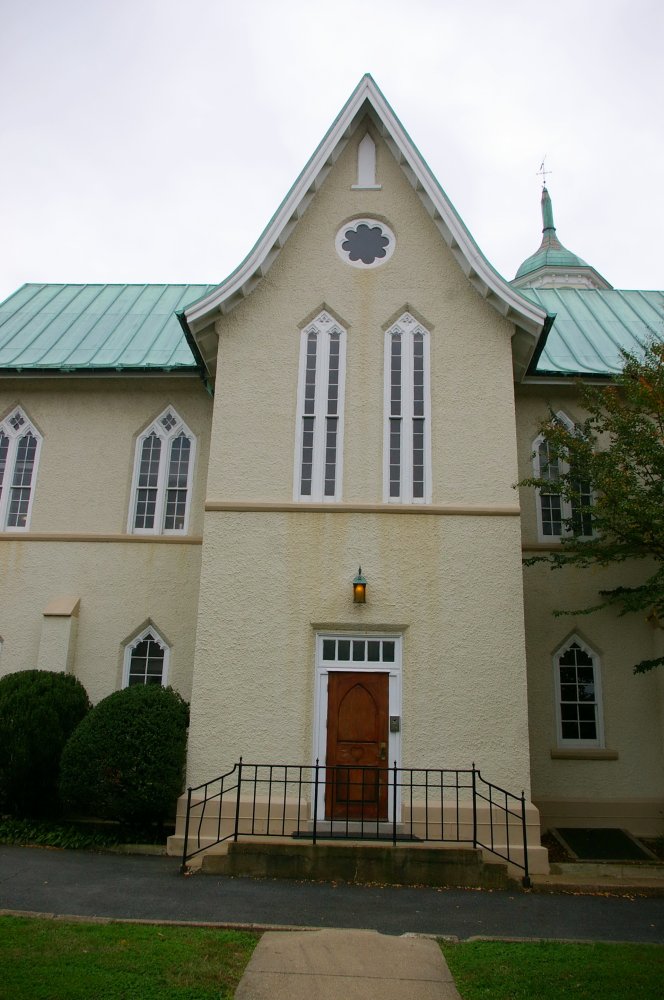 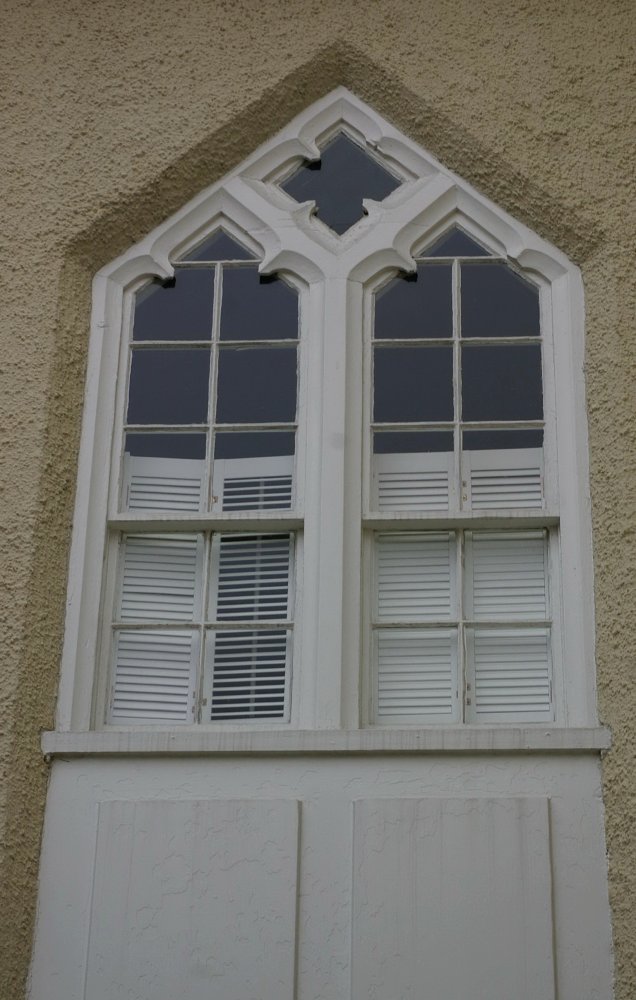 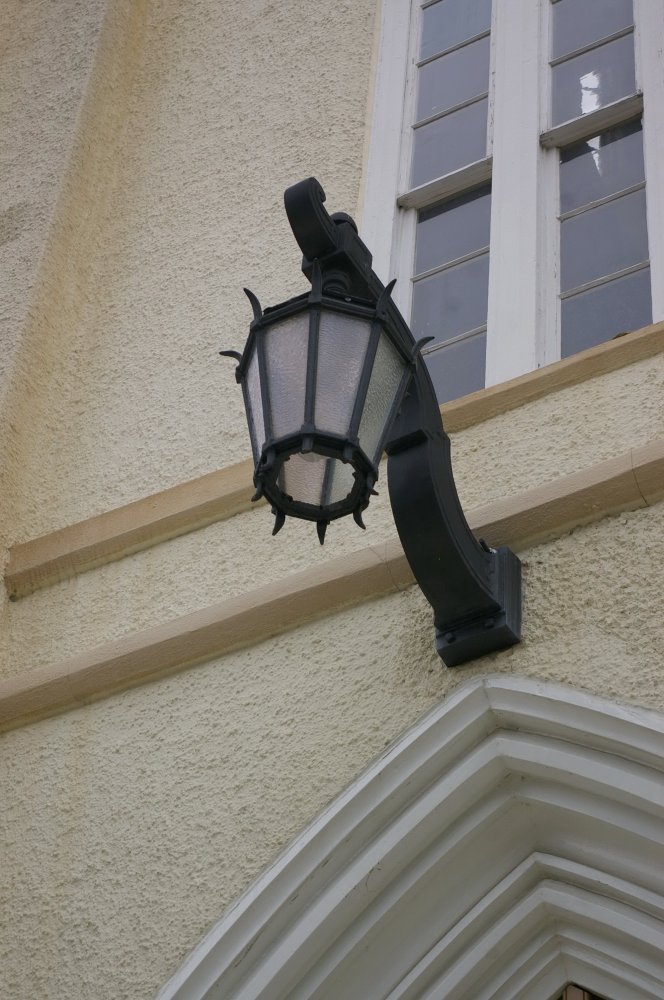 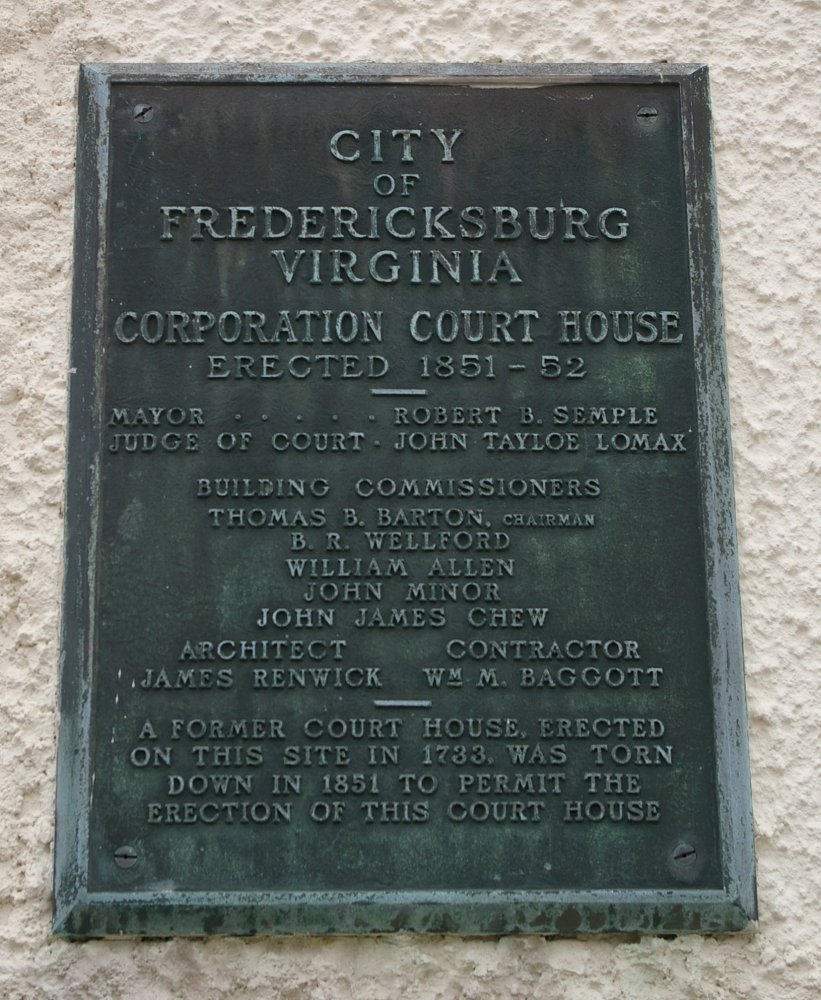 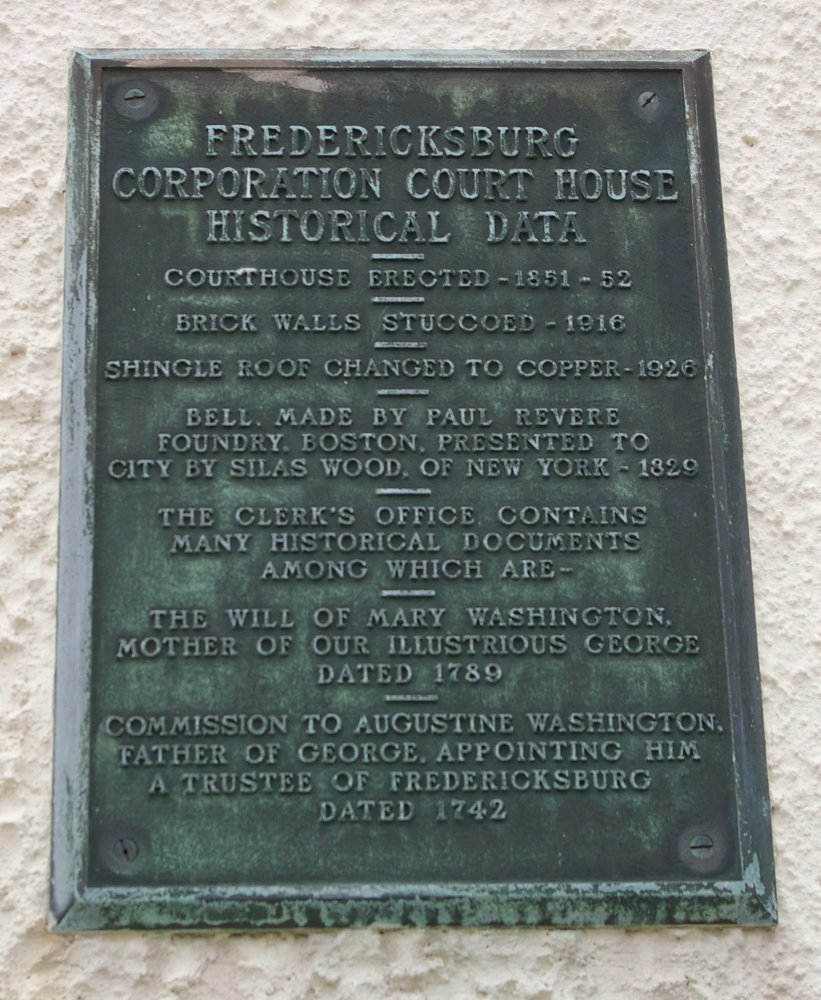