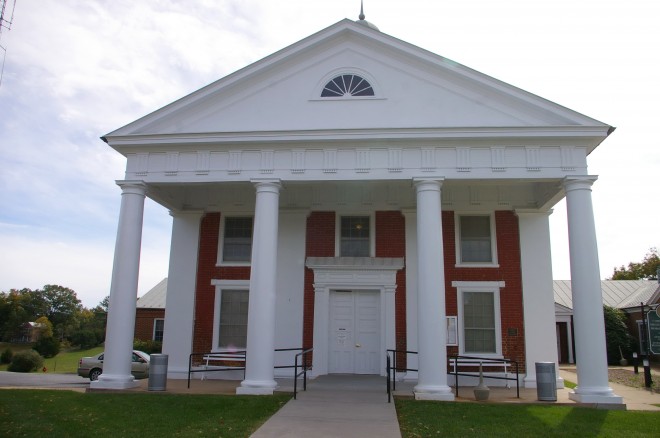 Description:  The building faces north and is a two story red colored brick and wood structure. The north front has a large portico supported by four Tuscan columns rising to a pediment at the roof line. The entrance is framed with white colored wood trim White colored pilasters are at the corners. There is a gable roof with a white colored cupola. In 1927 and 1928, the front portico was constructed. A fire in 1979 destroyed the interior, but the exterior remained intact. On the east side is the old jail and on the west side is the Clerk’s Office ( 1938 ).

Note:  The courthouse was built by William B Phillips, who was a master builder of Thomas Jefferson and the plans followed the Jefferson design for courthouses as did the courthouse in Page County. The land was donated by Captain William Standard. 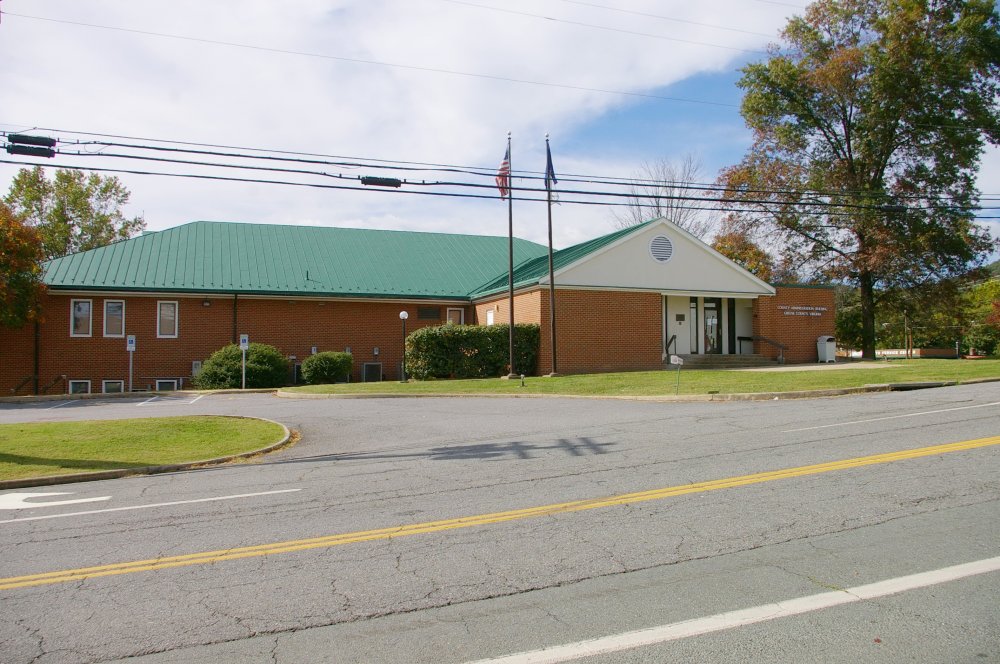 Description:  The building faces east and is a one story light red colored brick and concrete structure. The east front has a projecting center section with central entrance. The green colored roof is hipped. 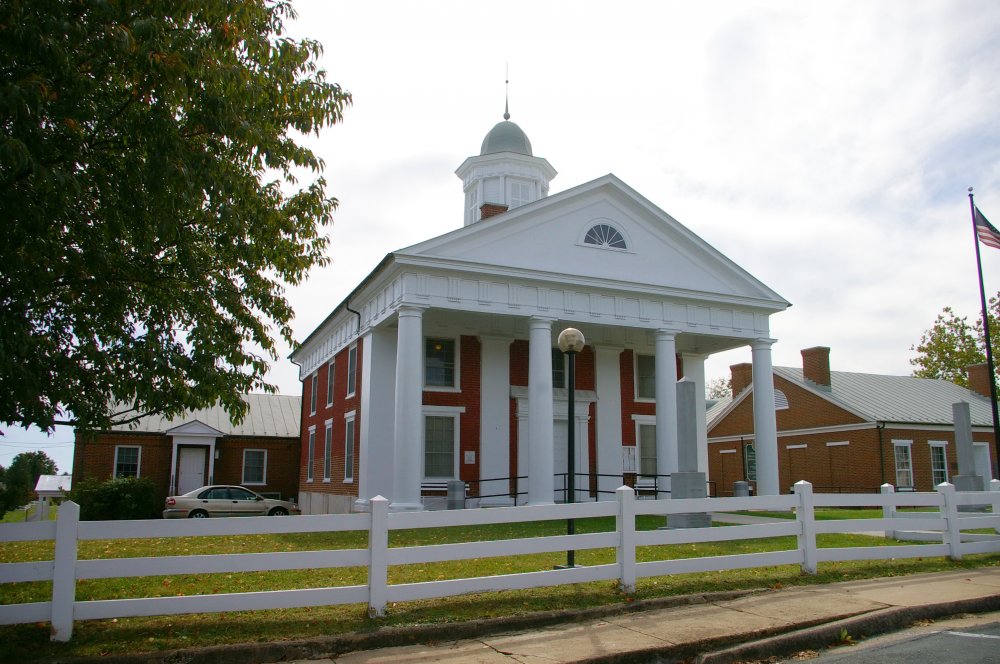 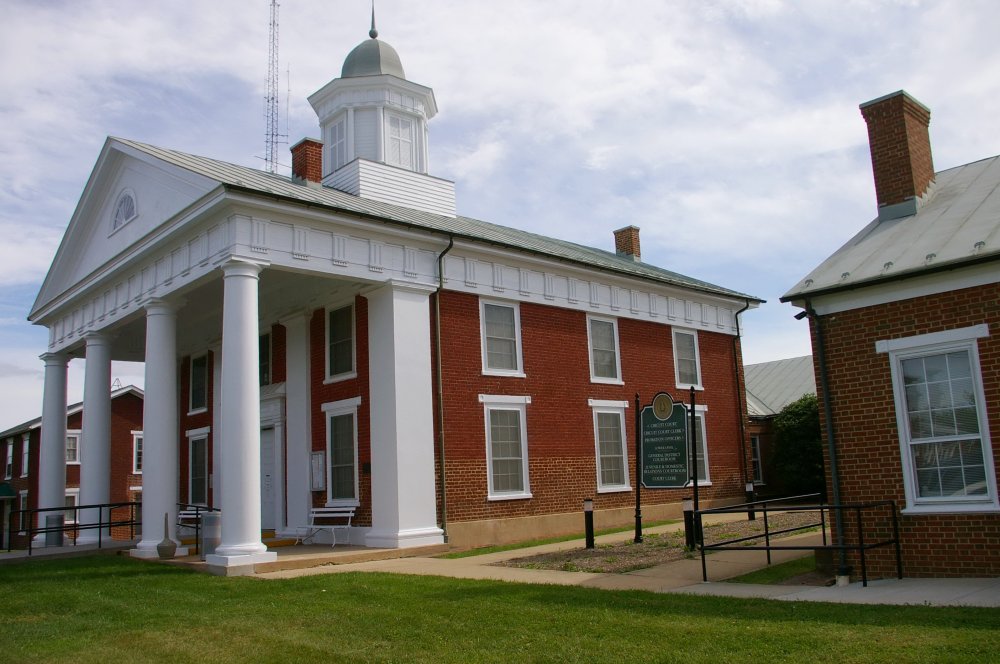 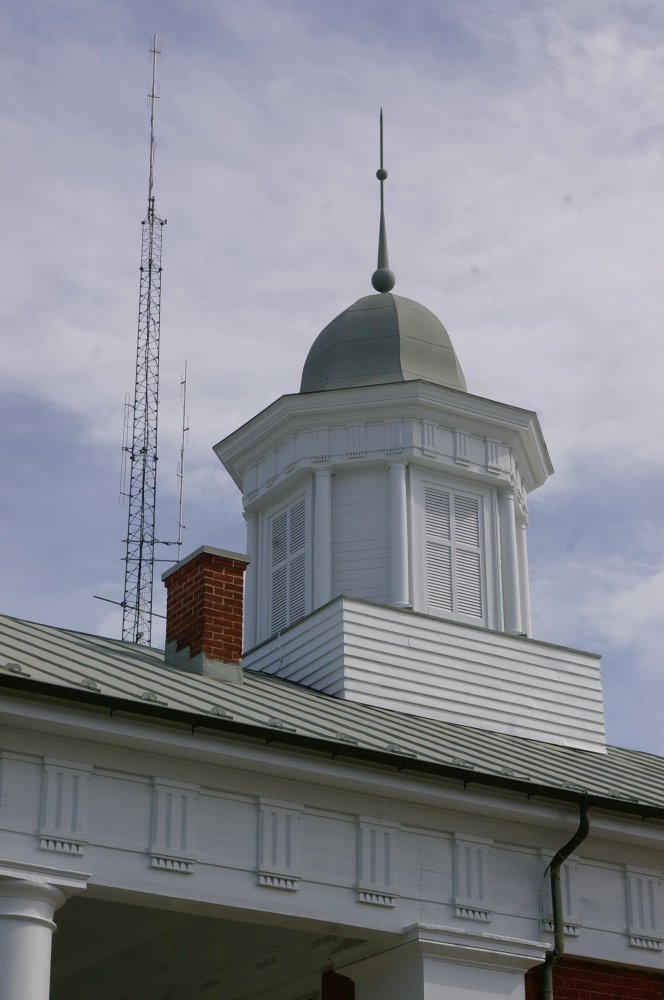 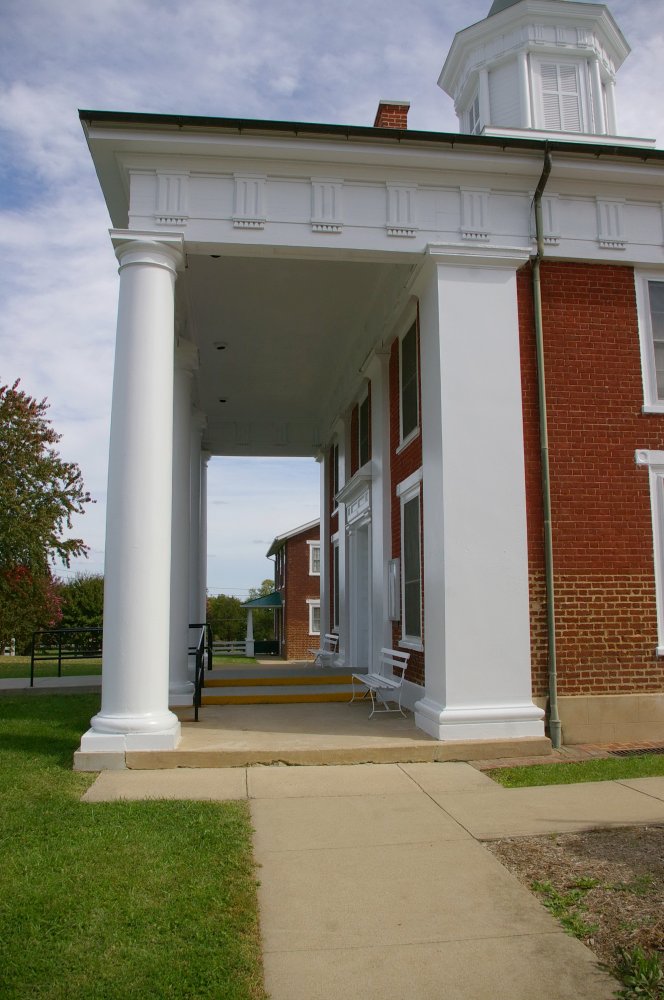 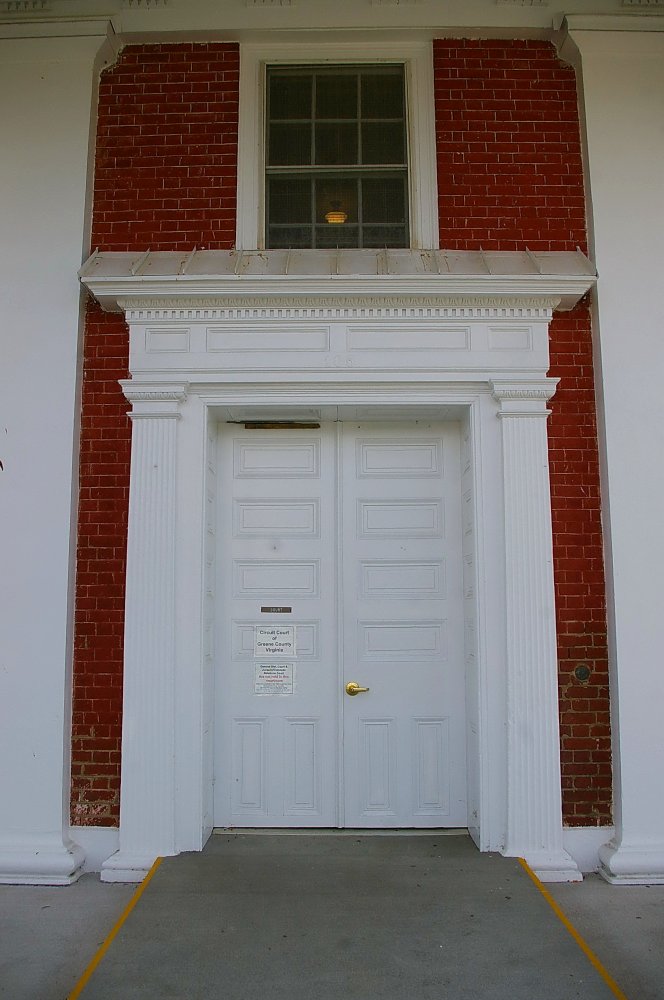 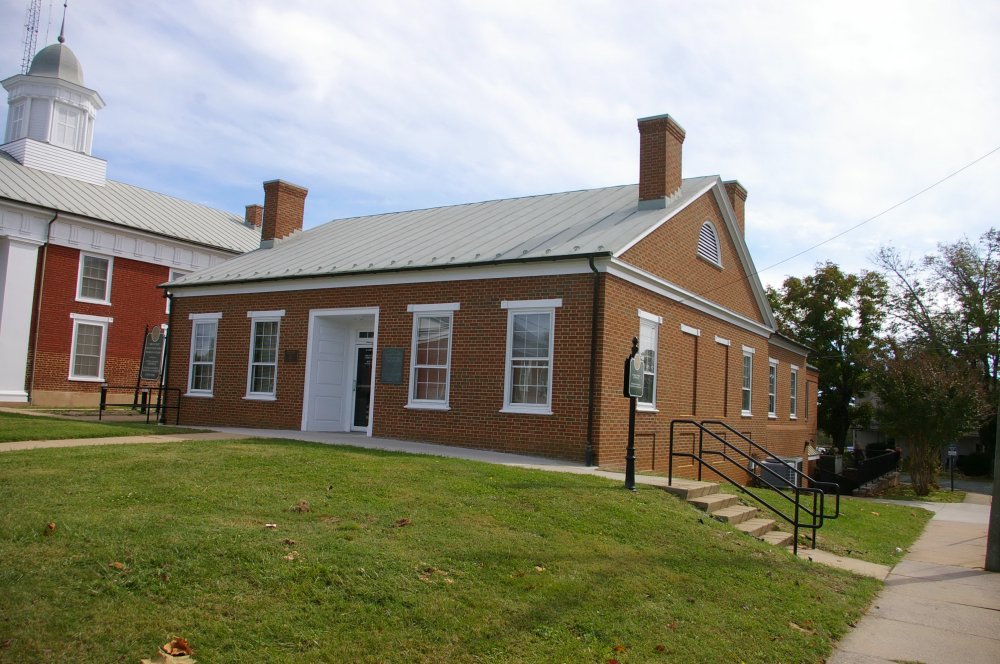 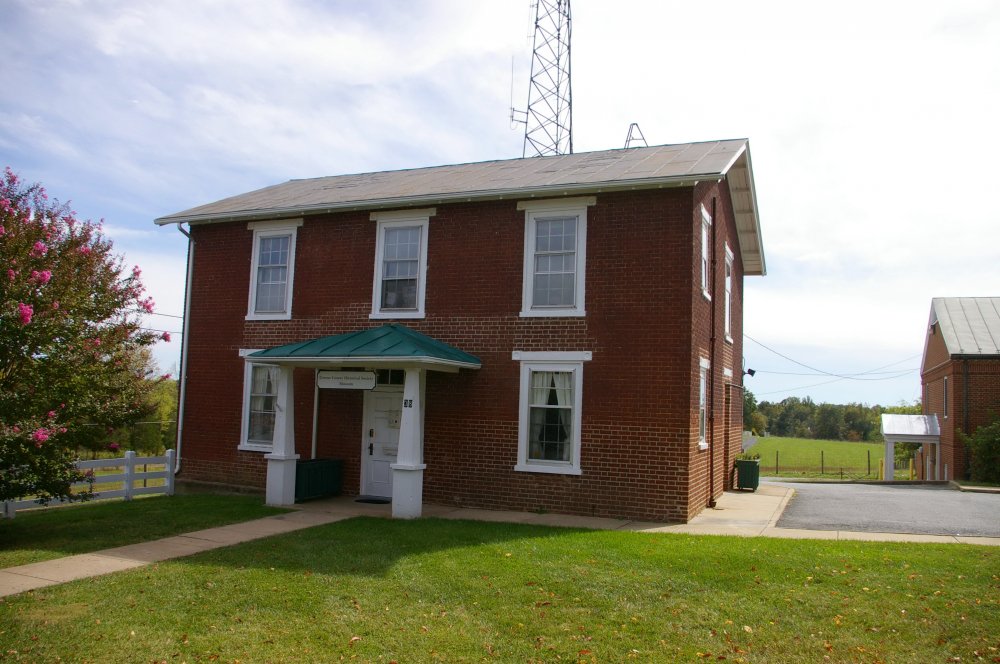 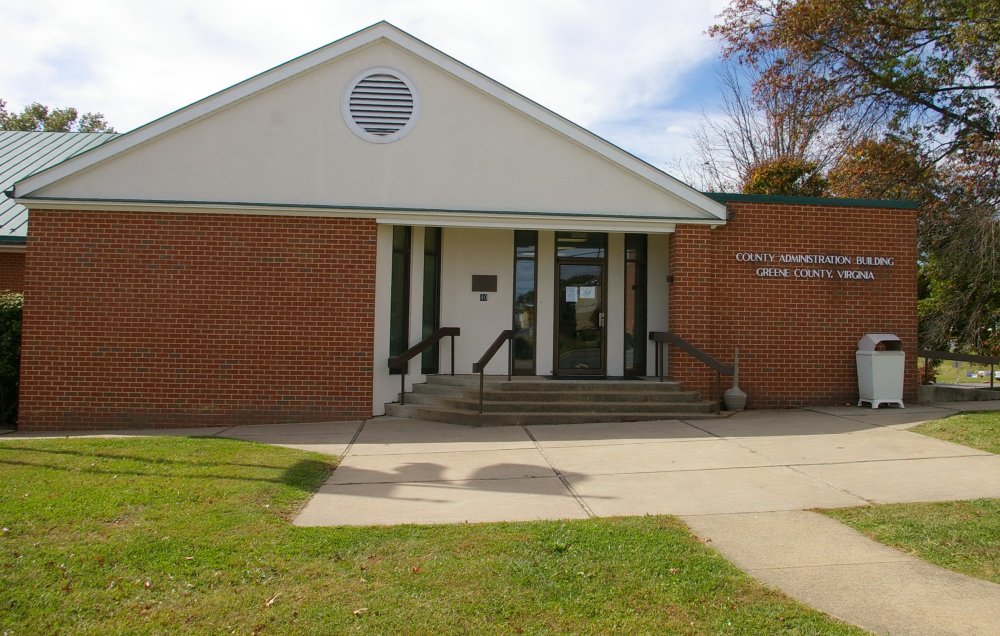 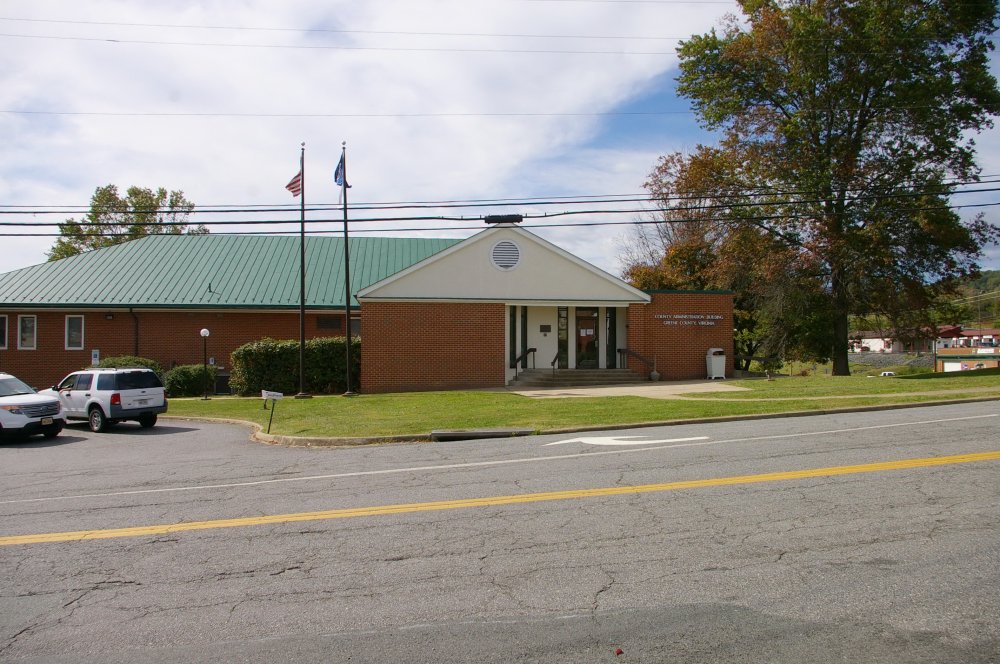 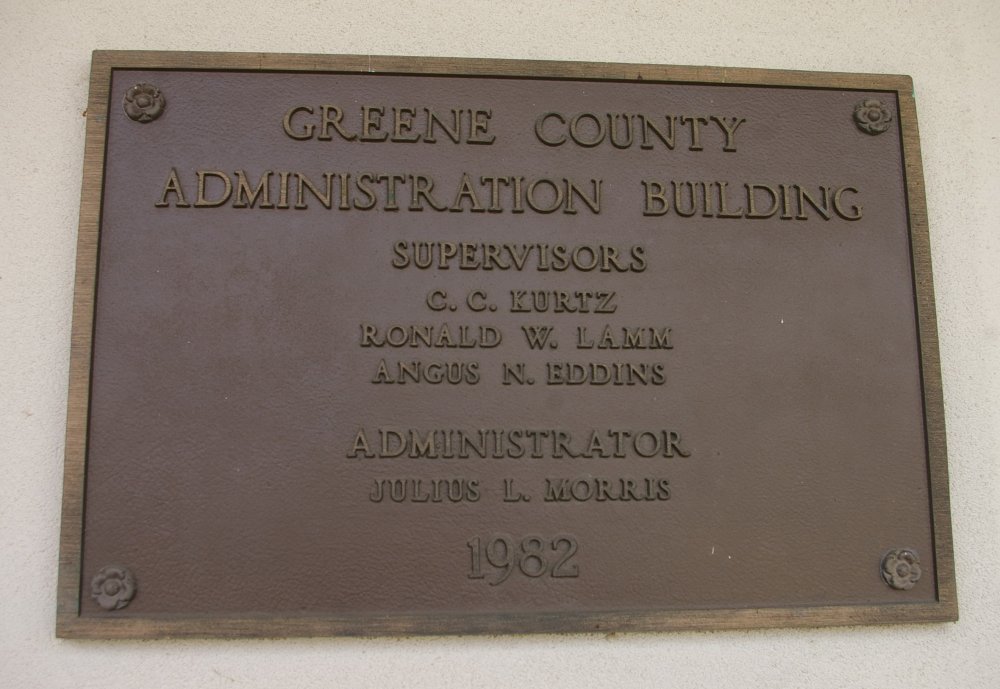