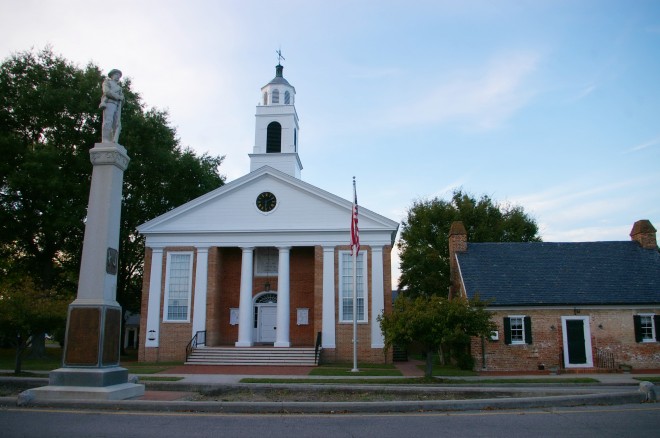 Essex County is named for Essex in England.

Description:  The building faces southeast and is a two story buff-red colored brick structure. The building is located on landscaped grounds in the center of the city. The southeast front has a porch with two white colored columns rising to a wide pediment at the roof. The recessed entrance is arched. On either side of the porch are vertical windows with vertical pilasters on either side. On the roof is a high square white colored cupola with octagonal cupola at the top. In 1912, the building was rebuilt by Smith Fireproof Construction Company. The bell tower was added in 1926. The contractor was Alfred I DuPont. In 1962, an addition was constructed. The architect was C W Huff, Jr. and the contractor was Milton L Hammond Inc. The building was damaged by fire on August 30, 1965. The building was restored in 1967. The architect was J Henley Walker, Jr. and the contractor was Milton L Hammond Inc. On the southeast side of the courthouse is the Old Clerk’s Office built in 1808 and is now used by the Women’s Club. Description:  The building faces northwest and is a one story red colored brick and concrete structure. The building is located to the south across the street from the courthouse in the center of the city. The building is “L” shaped with a wing on the southwest side which extends southeast. The entrance is located at the northeast end with a recessed white colored framed doorway. Above is a semicircular section at the roof line. Along the northwest side are a series of arched windows. The roof is hipped.

Description:  The building faces southwest and is a one story red colored brick structure. The brick is laid in Flemish bond with arched windows. The building is located on landscaped grounds to the west of the courthouse in the center of the city. The south side has a square brick tower with arched entrance on the first story and open belfry at the top. The building was partly burned by the British in 1814 and served as the courthouse until 1848. In 1875, the building became the Beale Memorial Baptist Church and the belfry was added. In 2004, the building was acquired by the County. 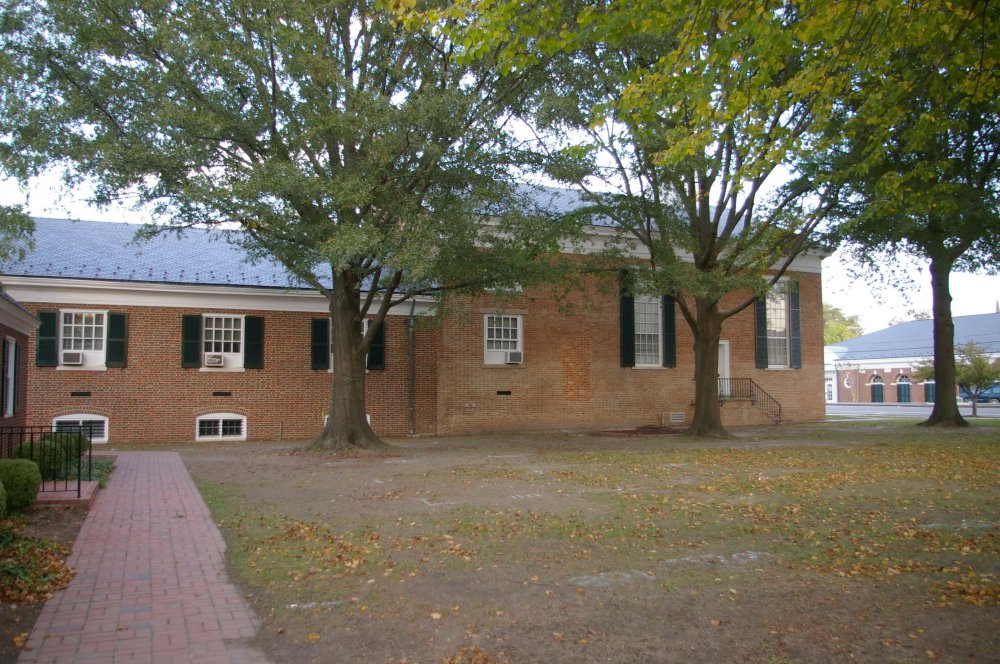