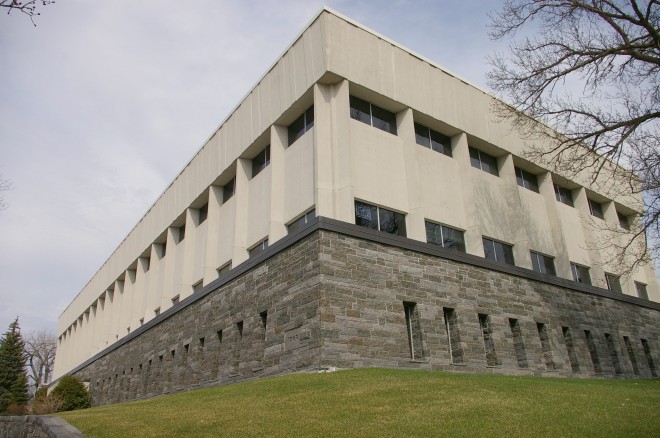 Polk County is named after James Knox Polk, eleventh President of the United States who signed the congressional act organizing the Minnesota Territory.

Description:  The building faces west and is a three-level block style structure. The building is located on landscaped grounds in the center of Crookston and is set into a slope, so that the rough random-coursed Minnesota granite of the lower floor disappears at the rear elevation. The upper floors are smooth white concrete with regular window pattern 18 bays across and 7 deep, set off by narrow fins that rise to a wide, vertically scored band. Inside, a unique feature is the open spiral staircase in the center lobby, and a mock rotunda beneath a bright skylight. The building was formerly the courthouse until 2008. 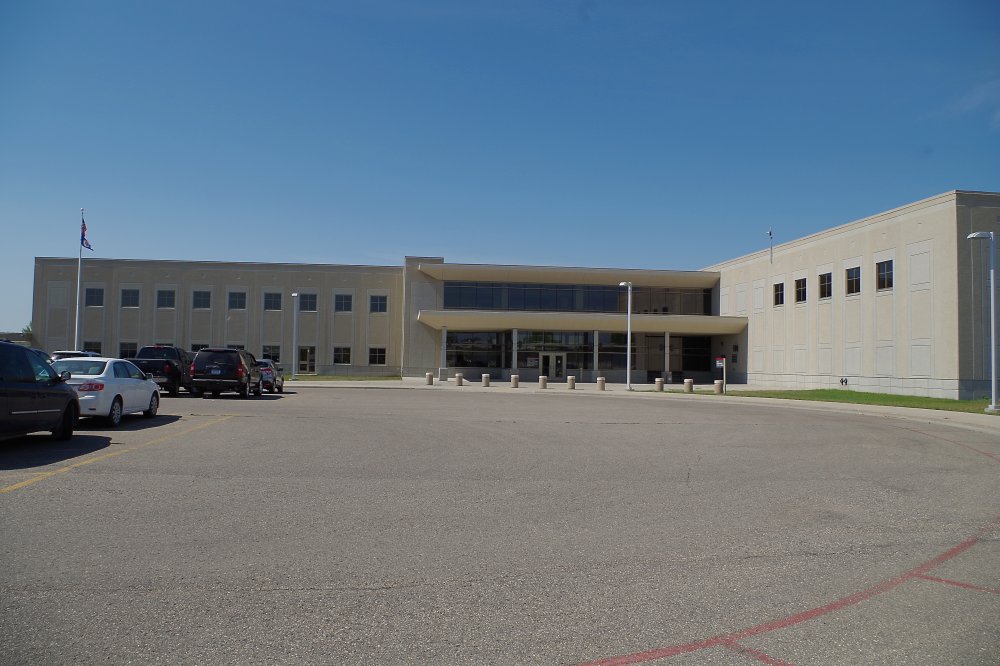 Description:  The building faces east and is a two story concrete and glass structure. The building is located on spacious grounds to the southwest of the center of Crookston. The building has a north wing and a west wing. On the east front is a central projecting glass section with entrance and four pillars on the first story with extended canopy. The windows are square and the roof line is flat. The building houses the District Court. 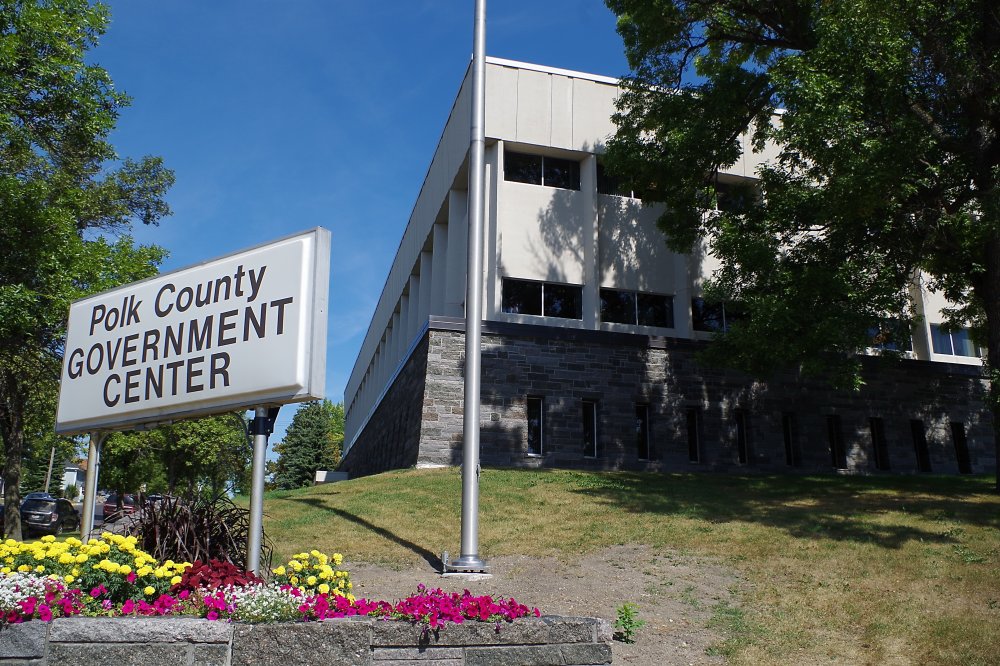 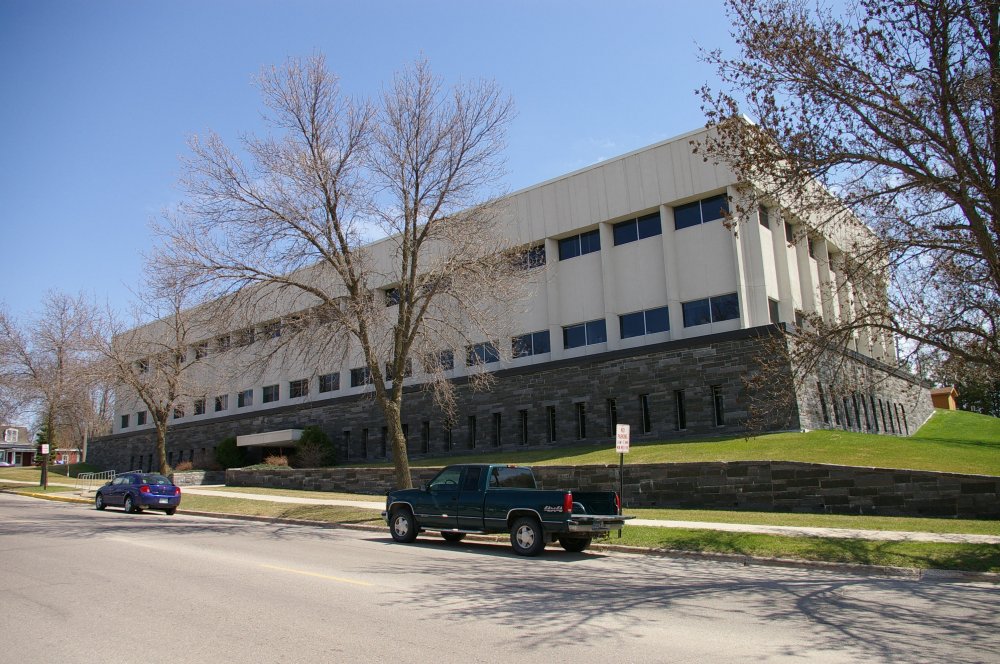 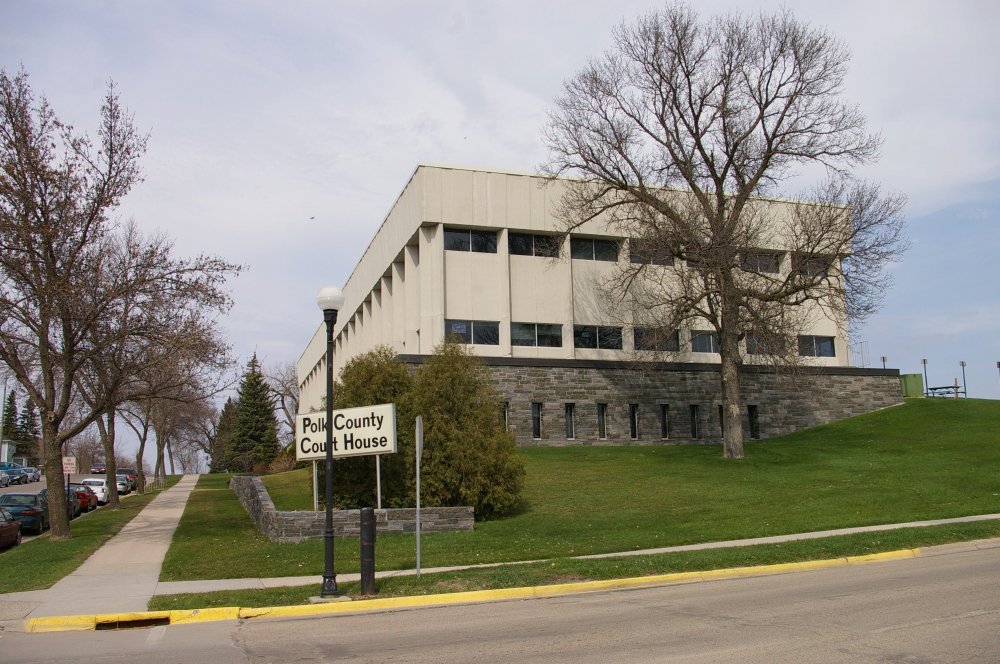 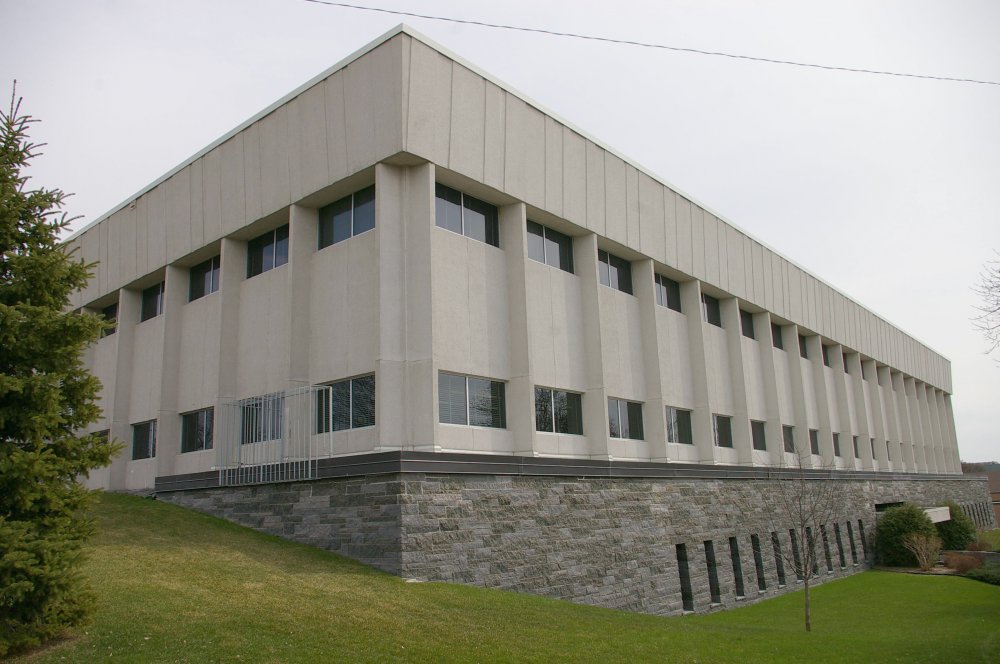 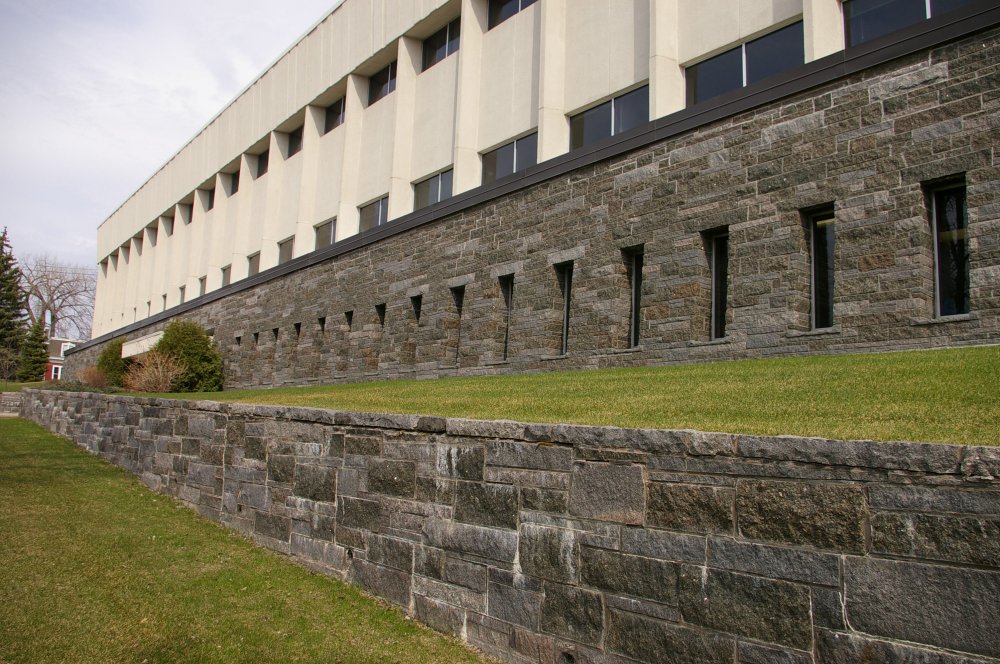 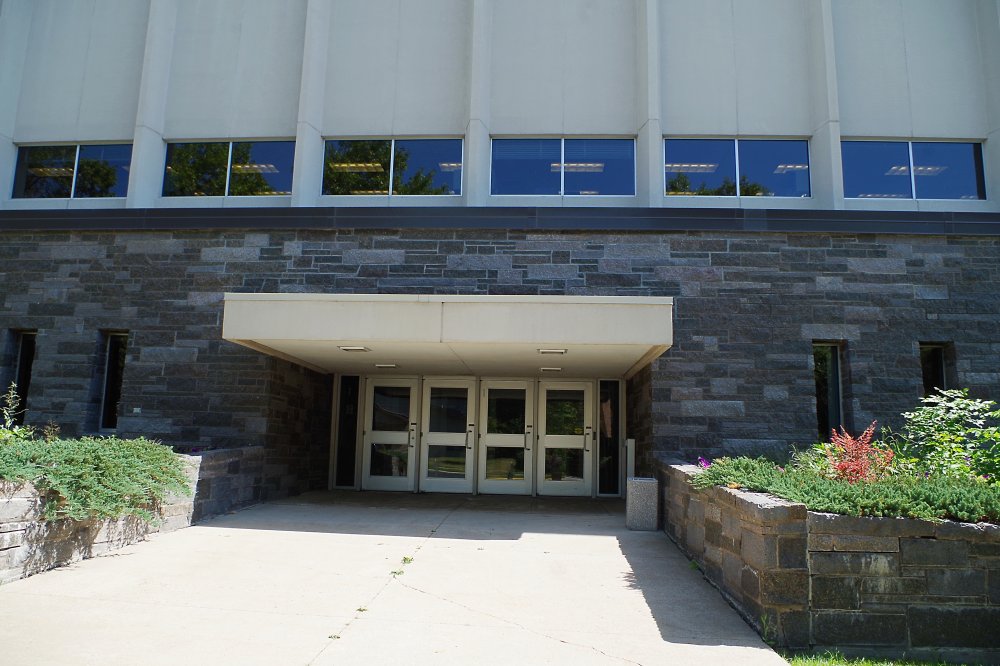 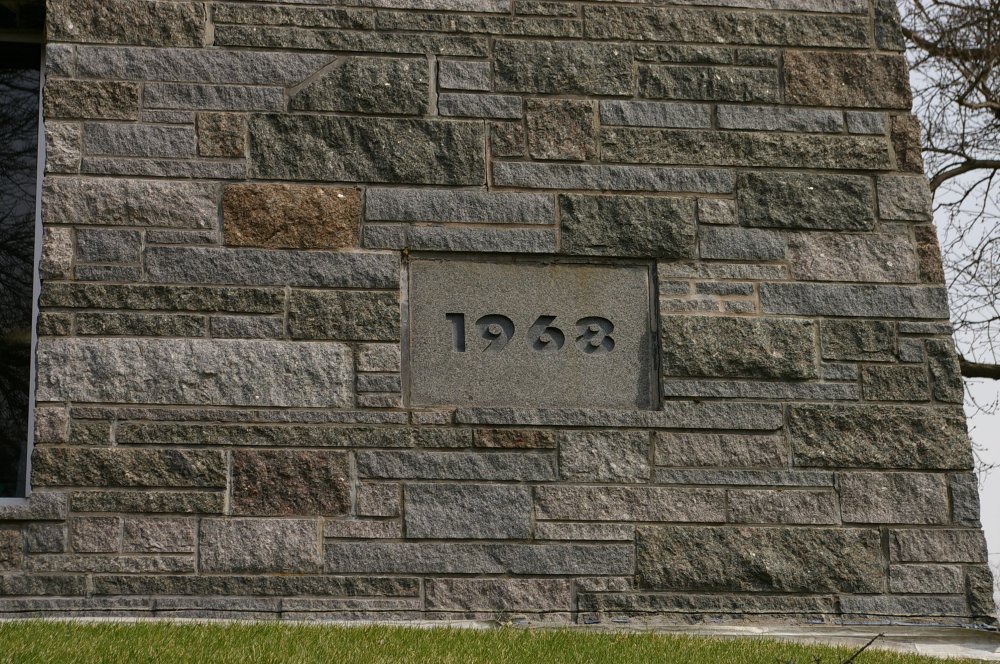 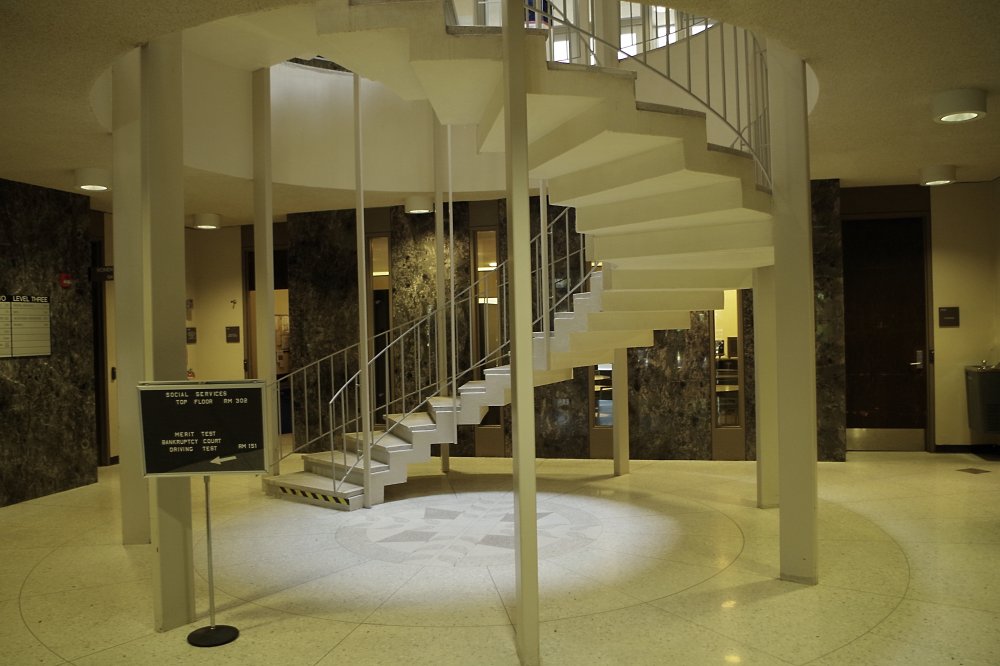 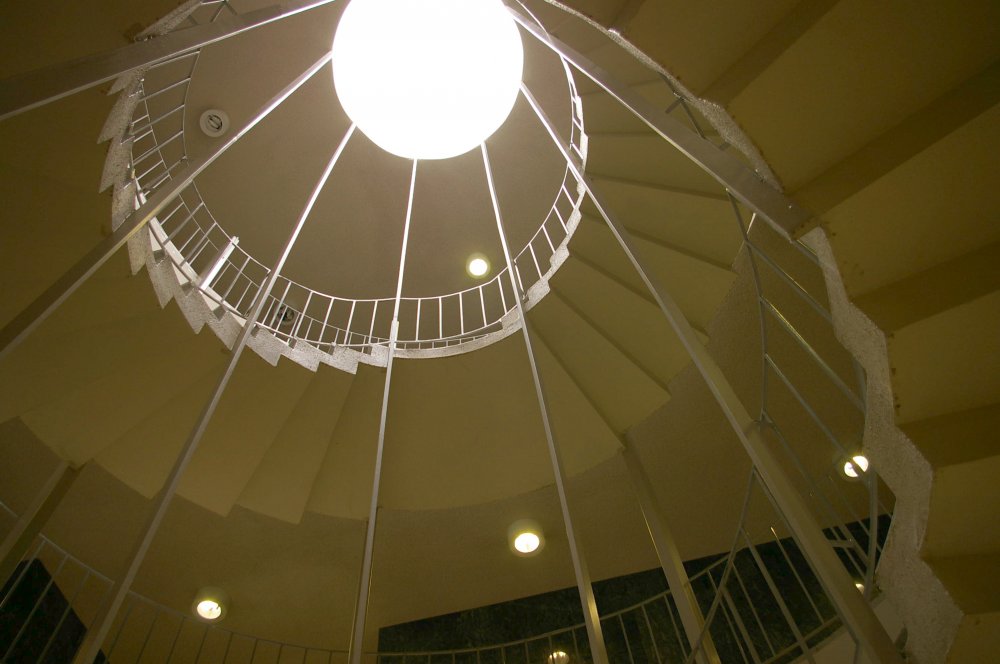 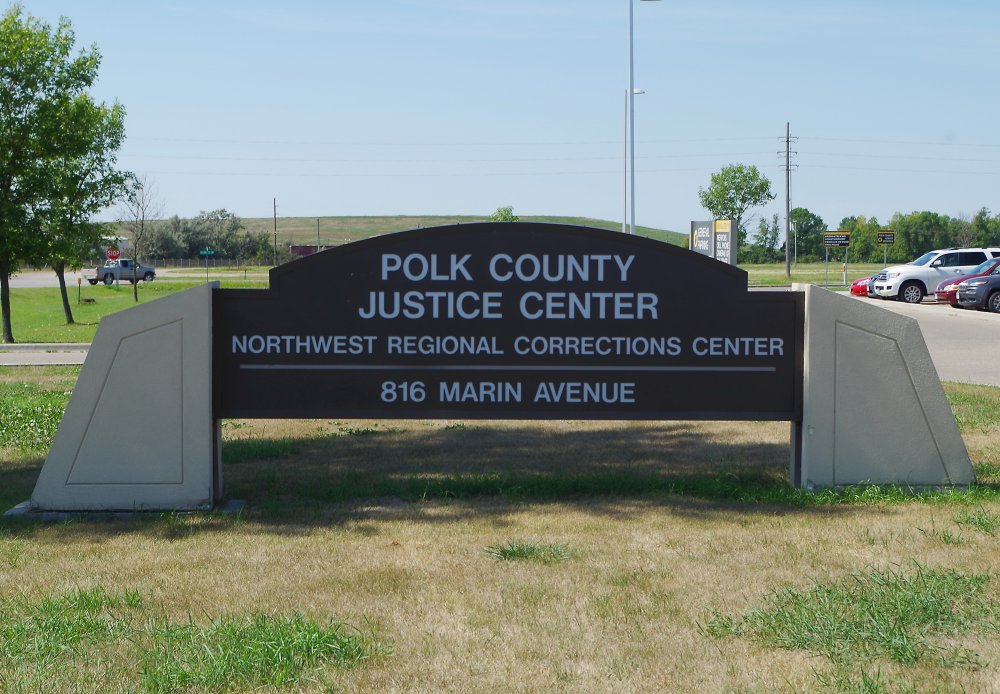 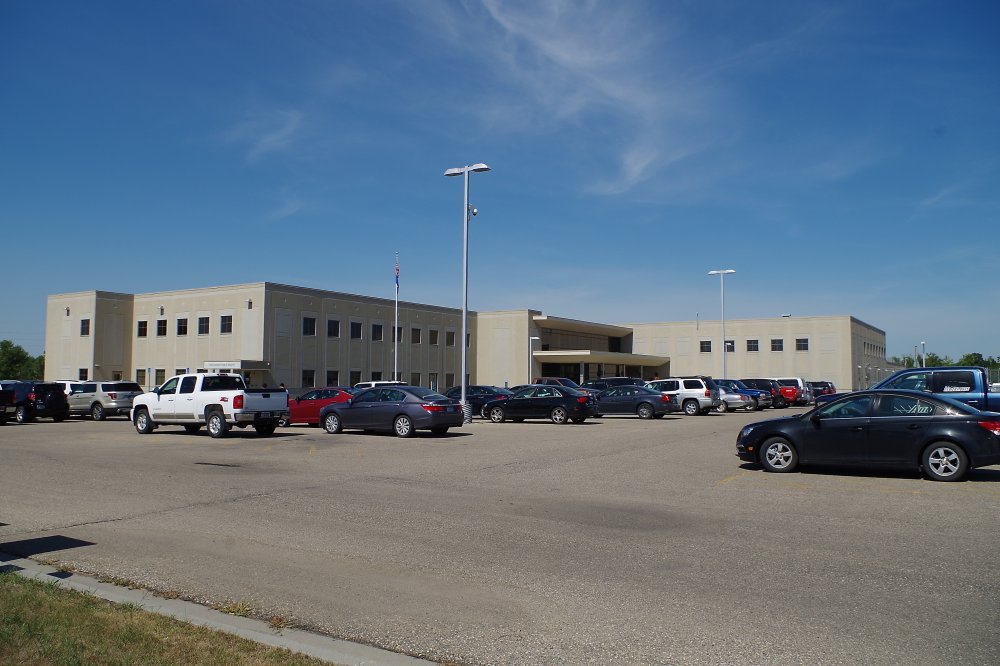