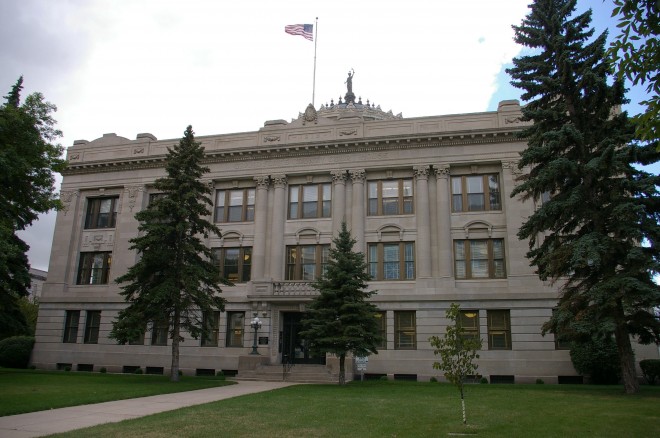 Grand Forks County is named for the City of Grand Forks which was originally called “Les Grandes Fourches” by French fur traders for its location at  the junction of the Red Lake River and the Red River of the North.

Description:  The building faces north and is a three story gray colored limestone and concrete structure. The building is located on landscaped grounds in the center of Grand Forks. The building is constructed with limestone and iron. Two double stone Corinthian columns rise from the second story to the third story at each entrance doorway on the east and west sides..On the north side are four sets of double Corinthian columns rising from the second story to the third story. On the center of the roof rises a round cast iron dome seated on a round limestone tower with windows and topped by a statue of “Justice” holding the legal scale in her left hand and the sword of justice in her right hand. The interior rotunda area of first story is not open to the skylight above, but the halls have blue marble wainscoting and terrazzo floors. The rotunda of the upper two stories feature a functional art glass skylight, plaster pilasters, festoons, and murals within the tympanums of the four arches forming the skylight vault. Second story ceilings are coffered and richly molded, and are supported by pilasters with full entablatures, cartouches and patera ornamentation. Throughout the interior is fine oak woodwork. The upper two stories have terrazzo floors and white and pink marble wainscoting. The courtrooms are located on the third story. On the south side is the Law Enforcement Building. 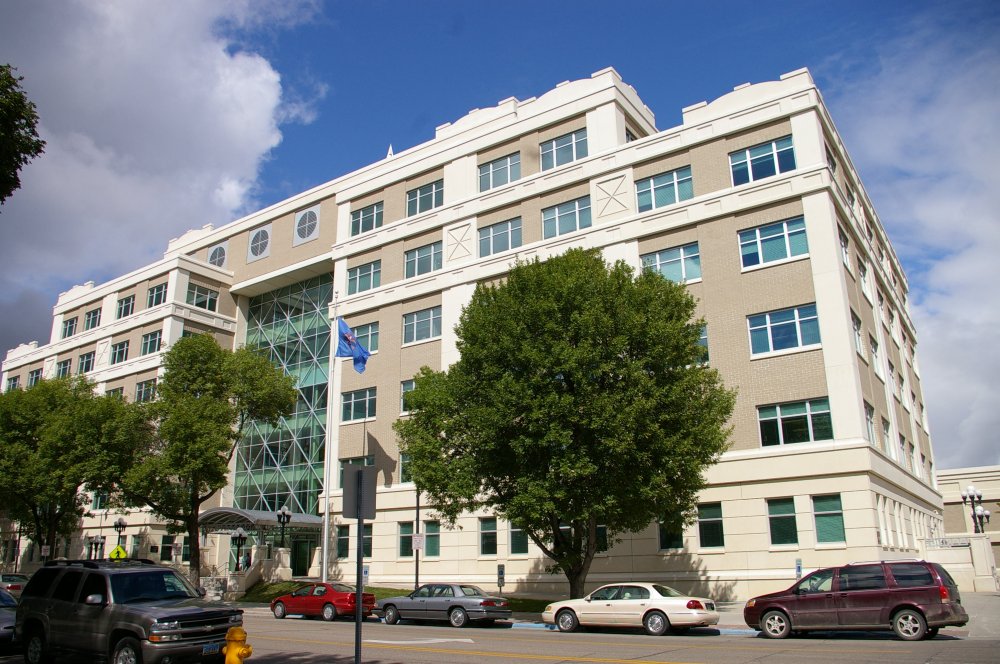 Description:  The building faces south and is a six story structure. The building is located on the north side of the courthouse. The south front has a recessed center section. The building is tiered at the top. The roof line is flat. The first story has an entrance lobby. The building is named as the Grand Forks County Office Building. 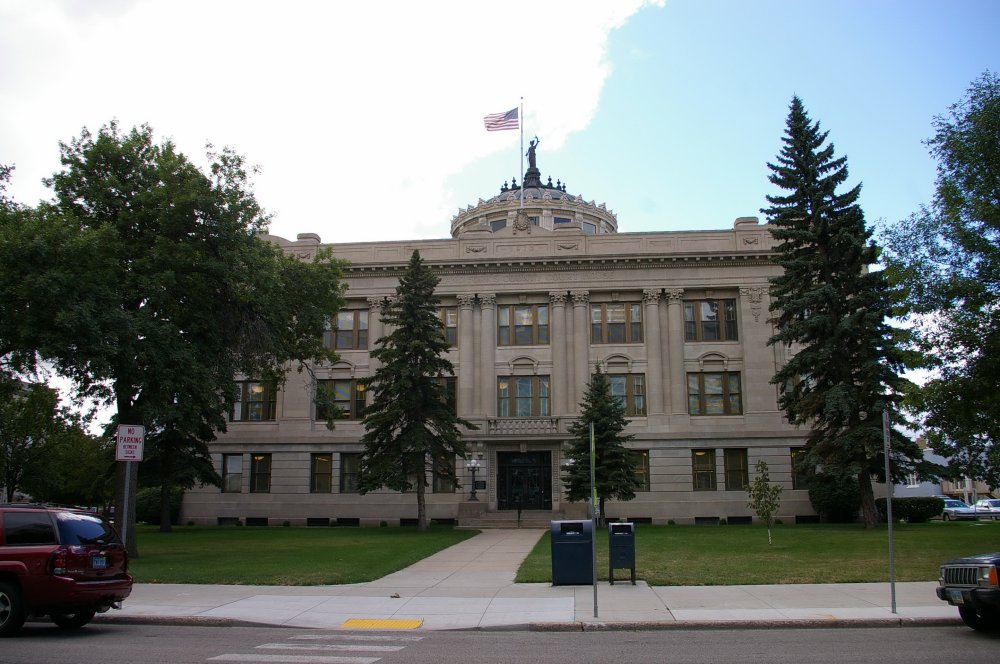 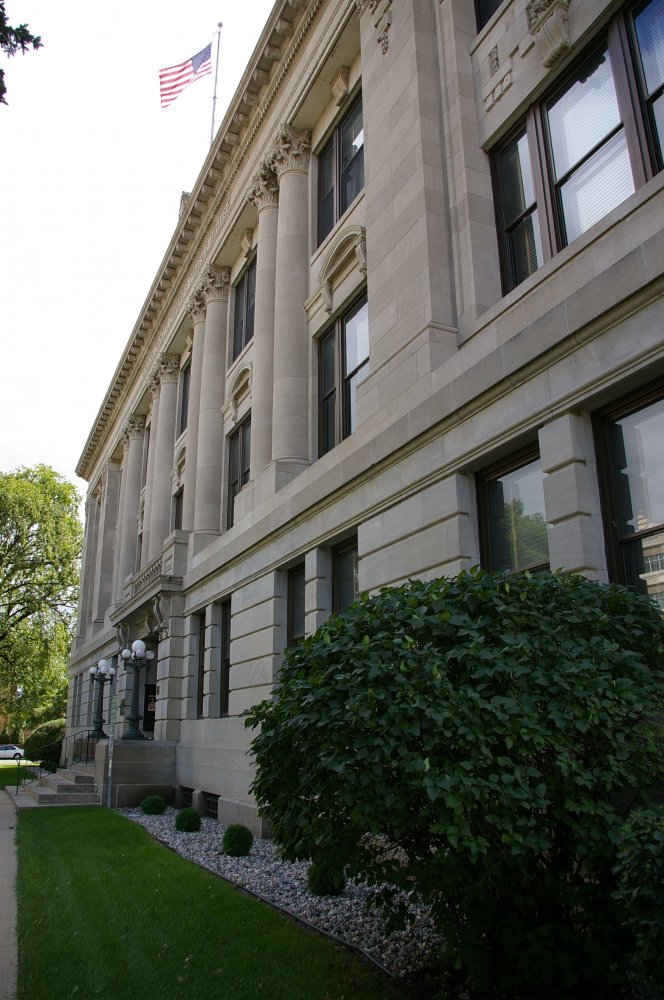 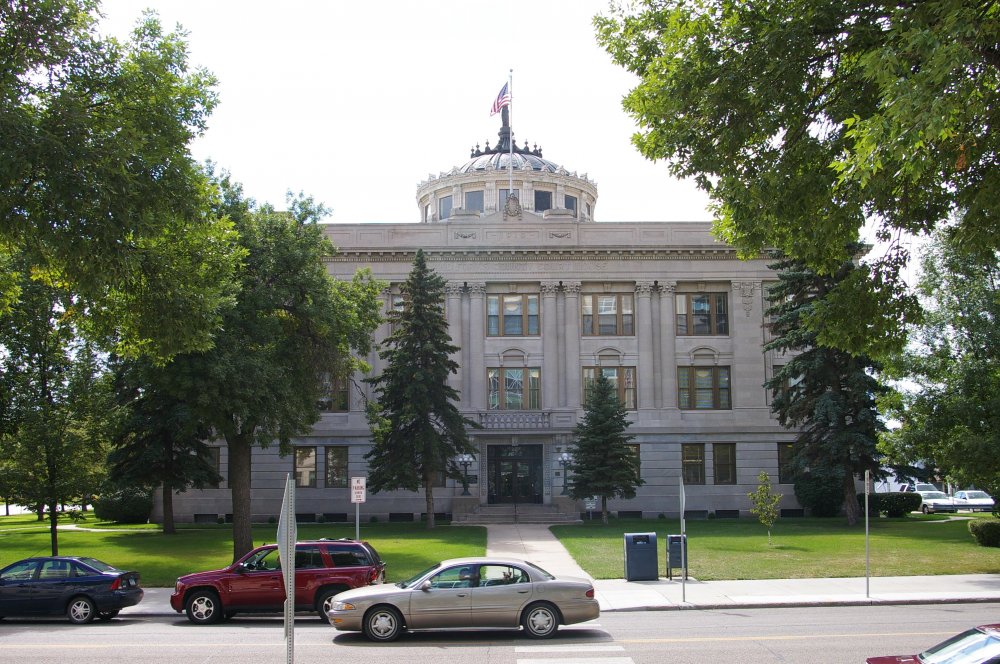 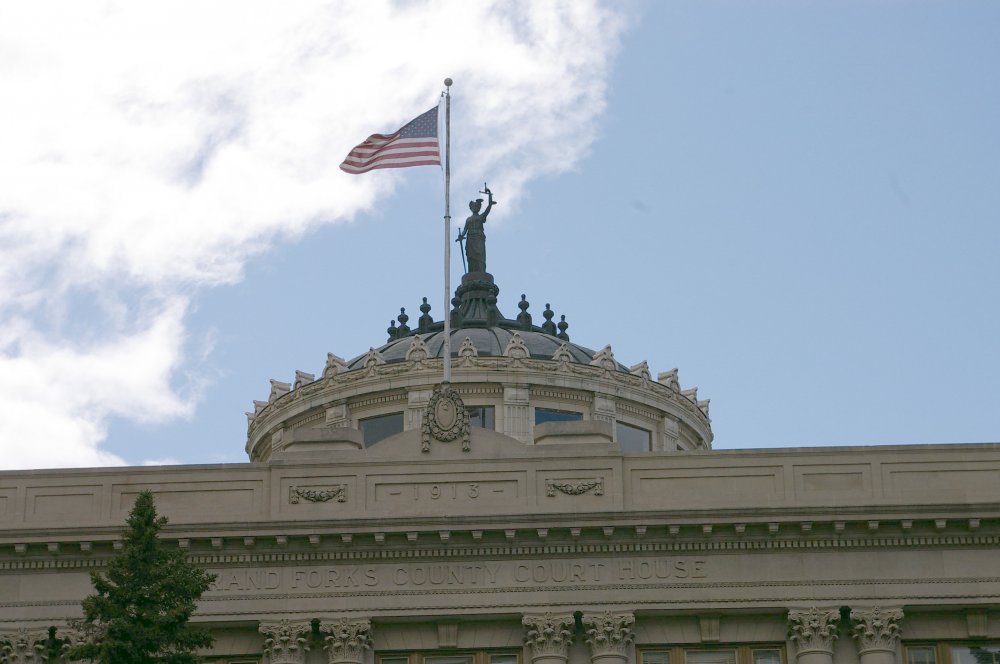 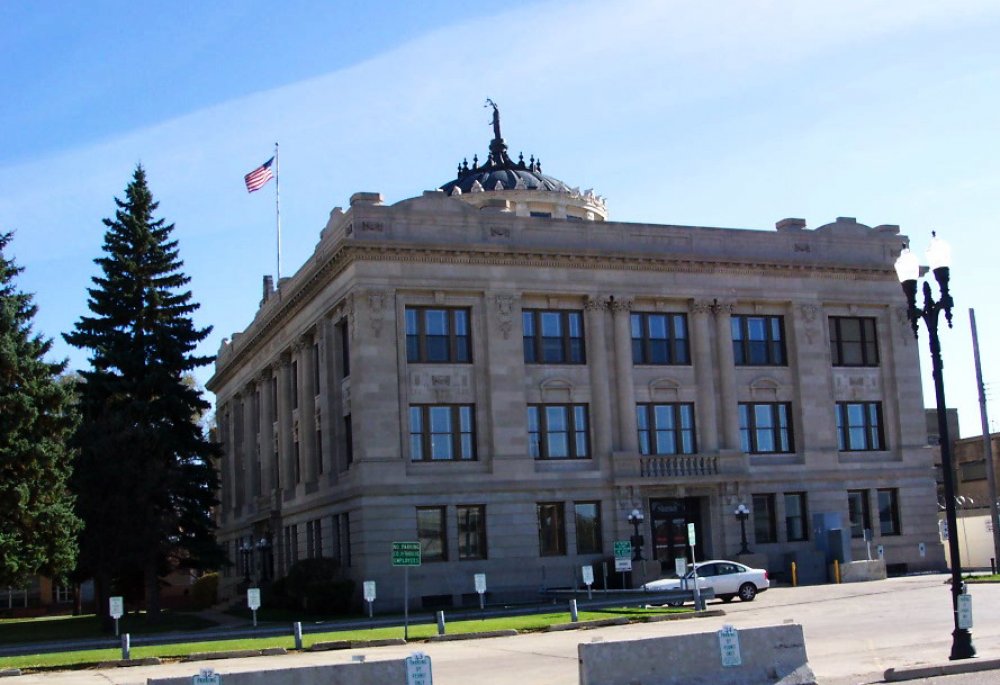 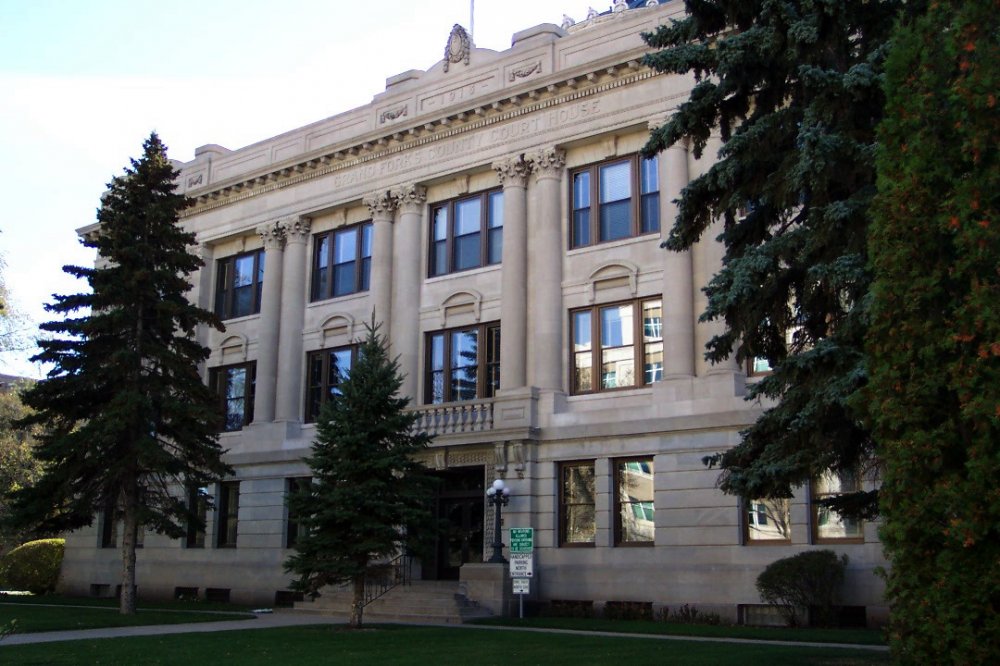 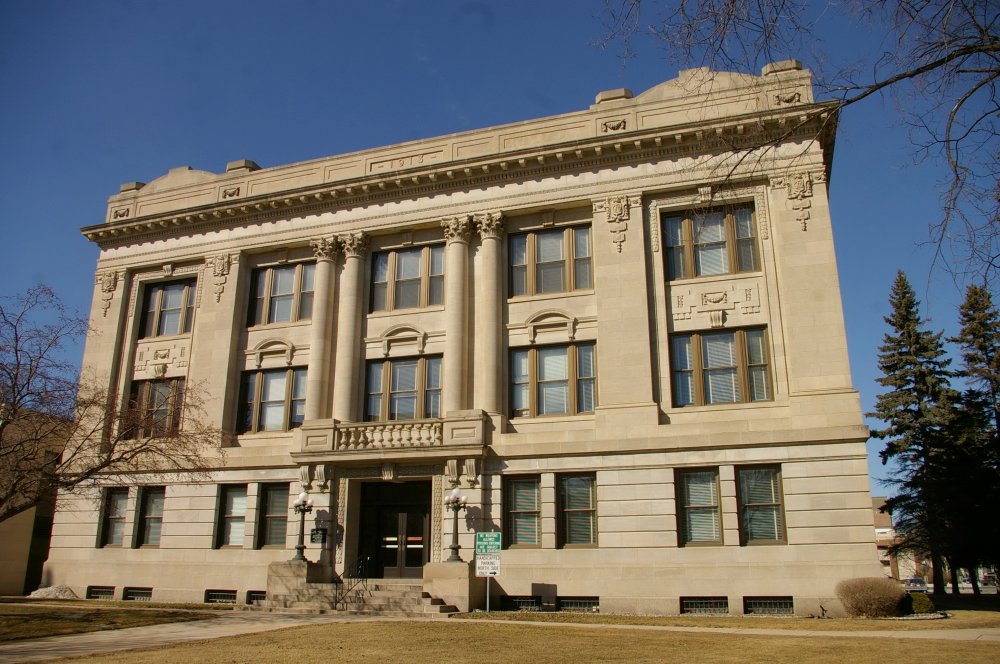 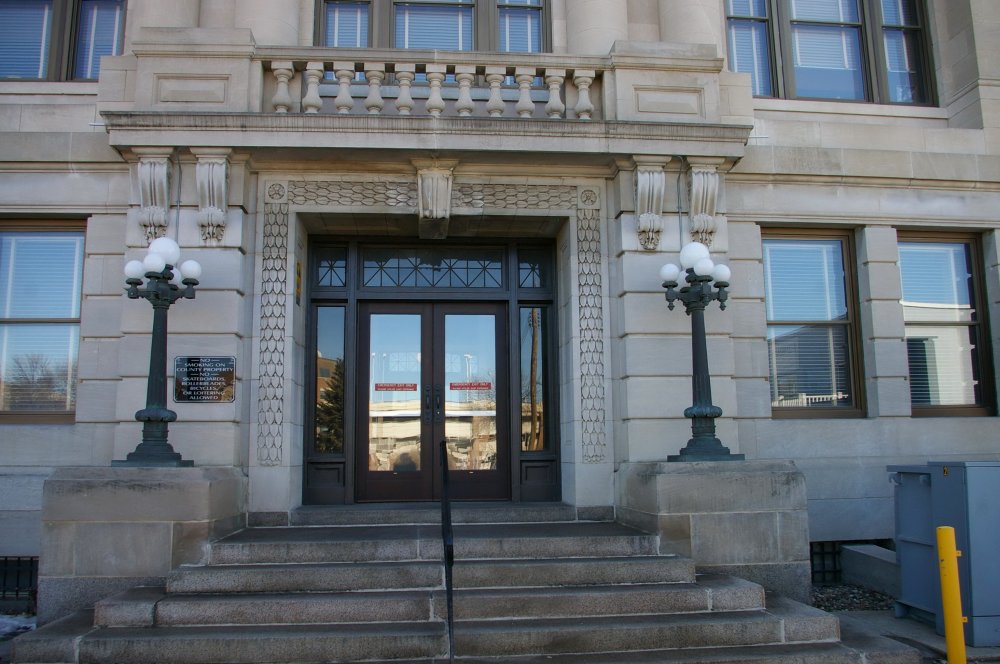 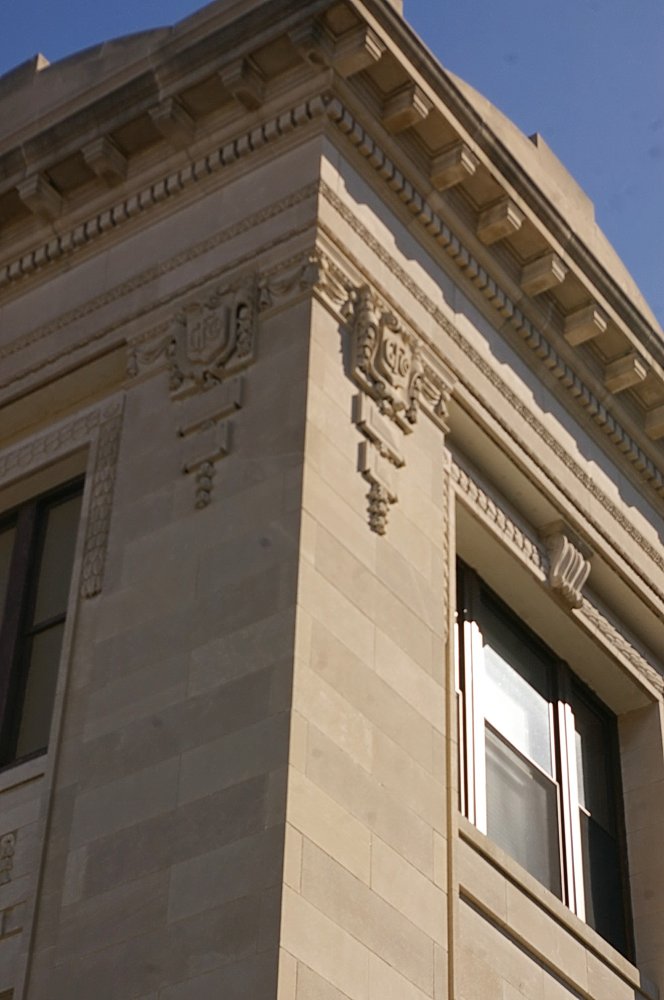 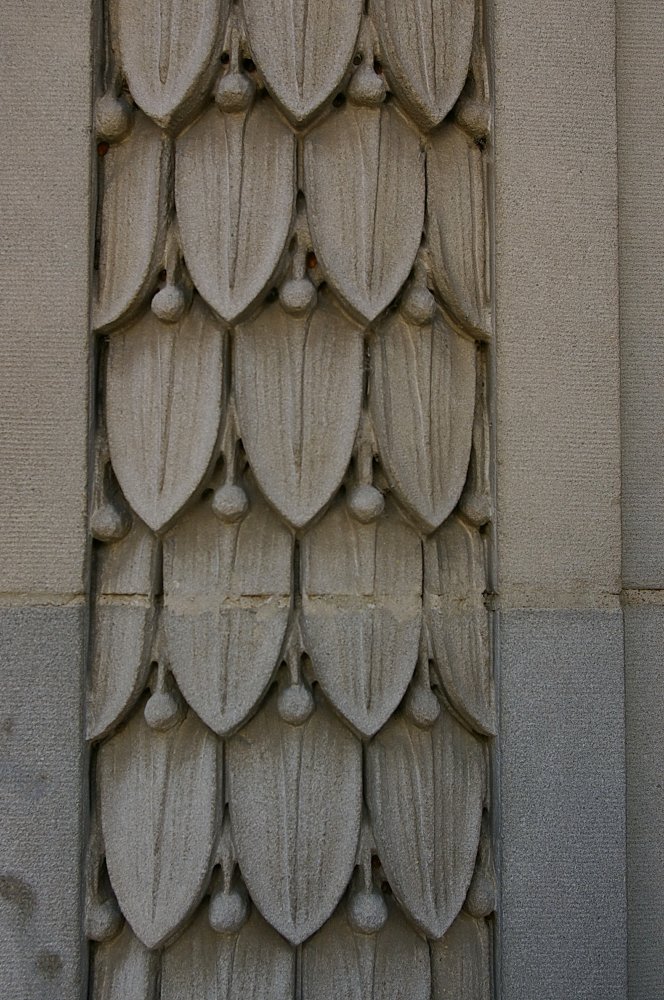 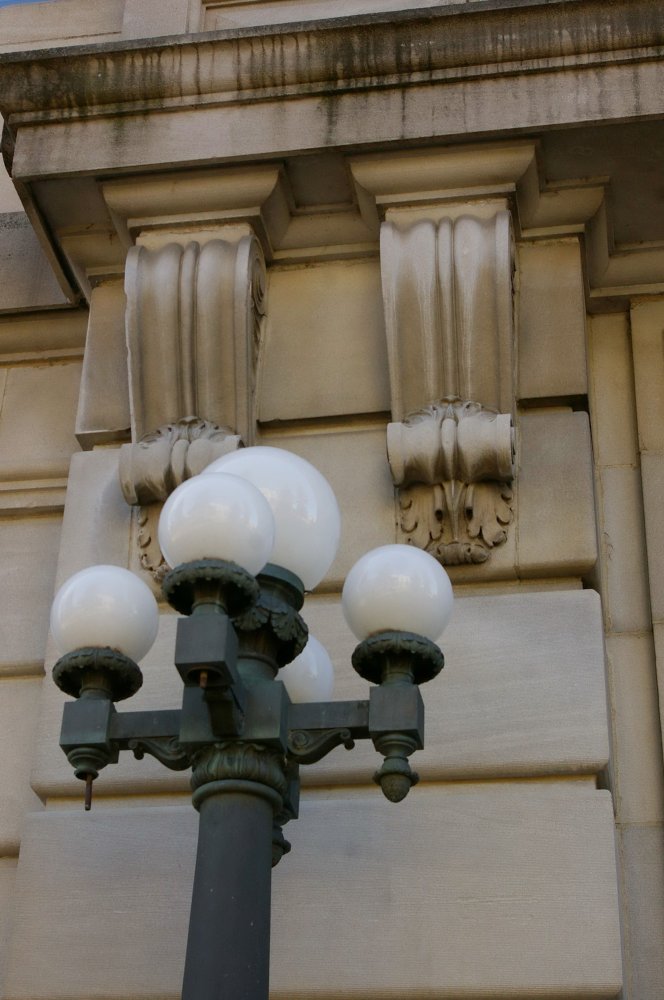 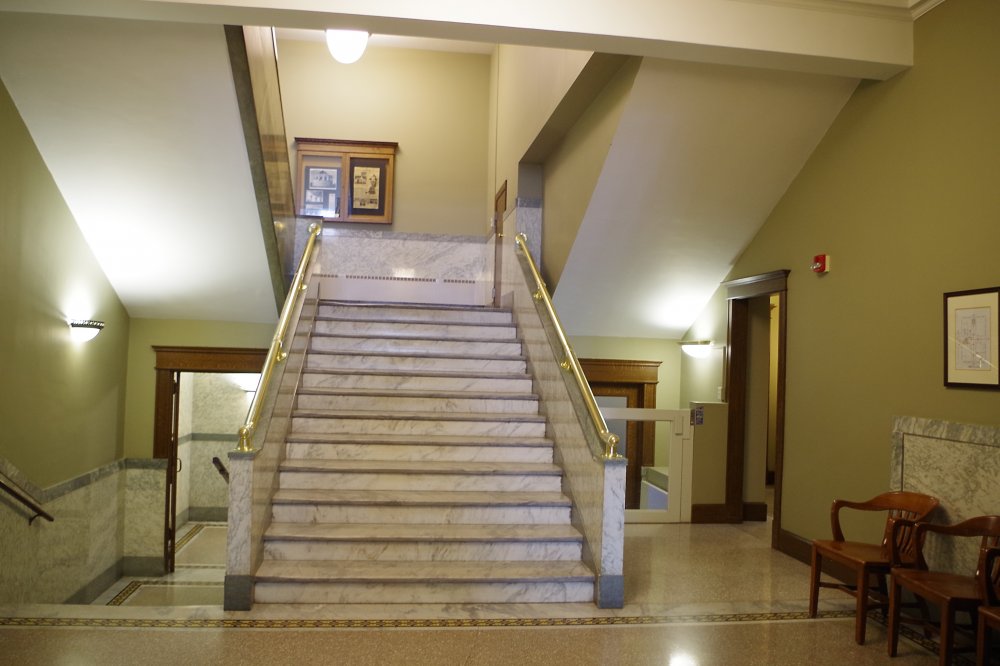