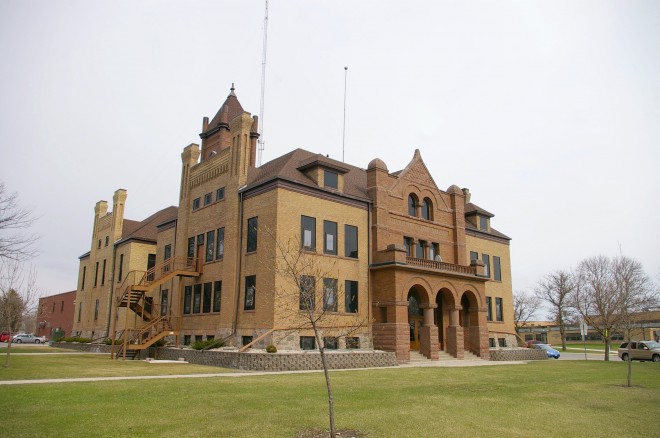 Marshal County is named after William Rainey Marshall, Governor of Minnesota from 1866 to 1870.

Description:  The building faces west and is a square two story yellow colored brick structure. The building is located on spacious landscaped grounds in the center of Warren. The eastern section was constructed first and was joined by a hallway to the western section. The courtroom is located on the second story. The building houses the County District Court of the 9th Judicial District. The second building was constructed in 1909 on the west side and completed in 1910. The building has a tall square brick tower with steep roof that rises squarely above the central pavilion between the east and west sections. The main entrance is the triple arches on the west side, below a high pointed gable. The architect for the second building was A K Gauger of Saint Paul and the contractor was Henry R Lange. On the east side is the modern two story dark red colored brick Law Enforcement Center.

History:  The county was created in 1879 and Warren was designated as the county seat. The first courthouse was a one room frame structure was built in Warren in 1880. The county seat was moved to Argyle in 1881 and was returned to Warren in 1882. The second and present courthouse was constructed in 1900 to 1901. The east addition was constructed in 1910 at a cost $30,000 with an additional $2,000 to renovate the 1900 building. 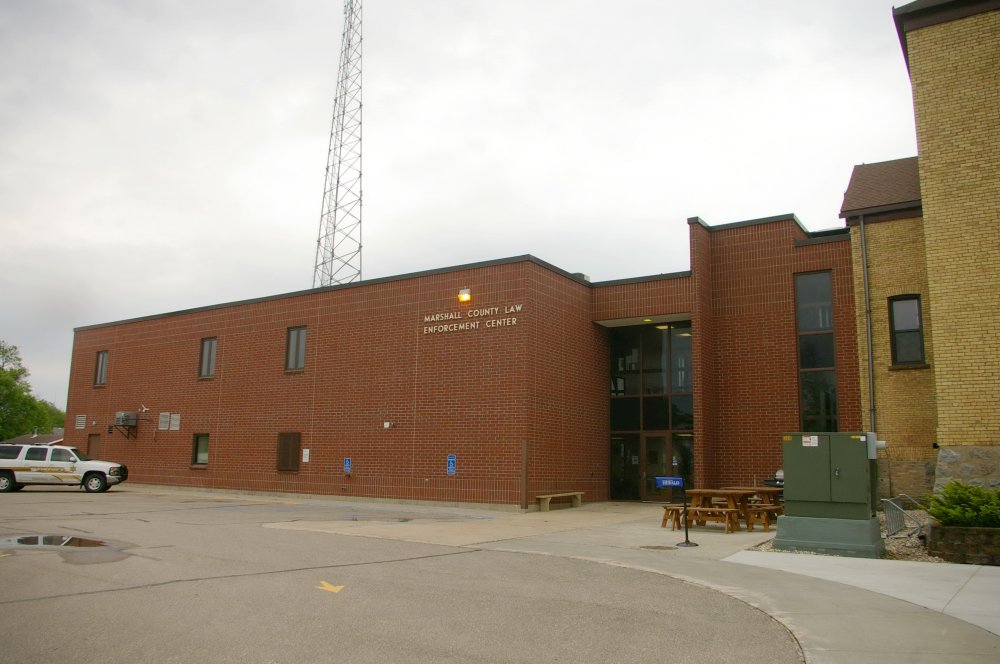 Description:  The building faces north and is a two story of vertically-laid dark red colored brick structure. The building is located on the east side of the courthouse in the center of Warren. The north and south recessed entrances have glass panels. The roof line is flat. The building is named as the Marshall County Law Enforcement Center. 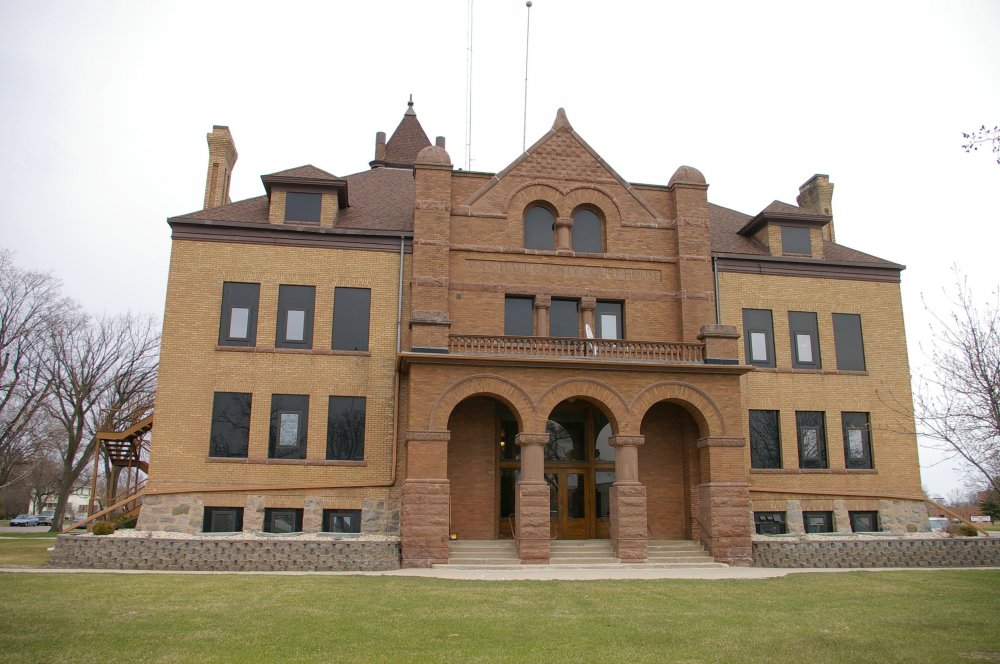 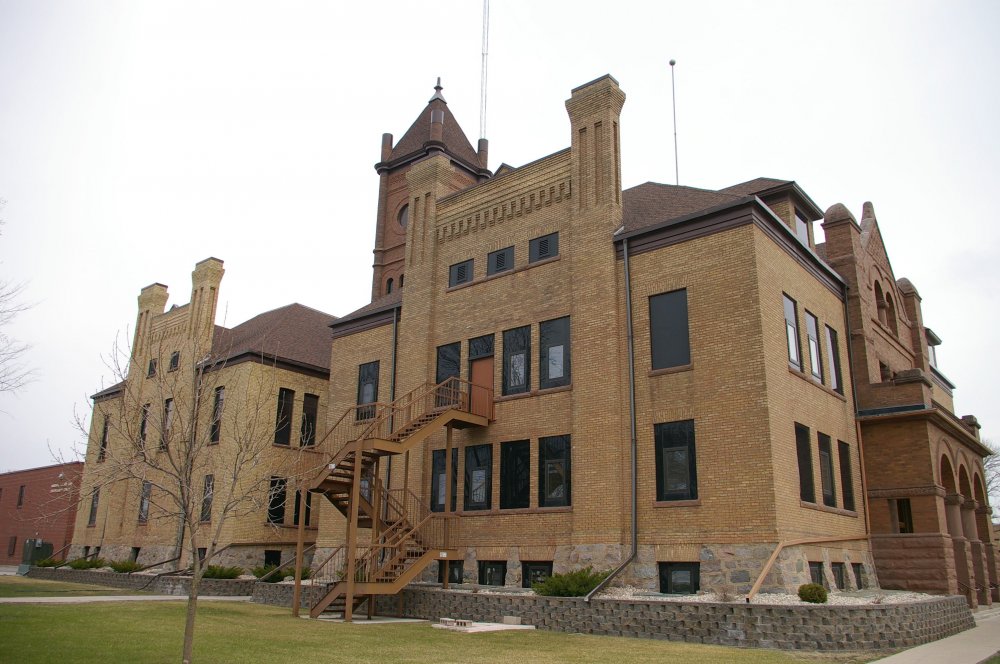 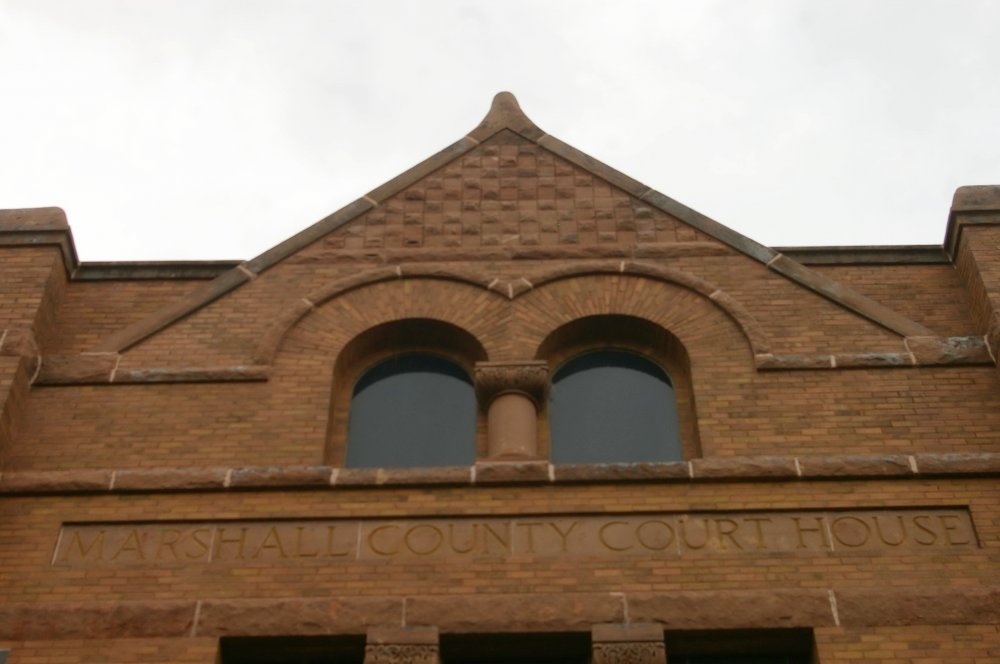 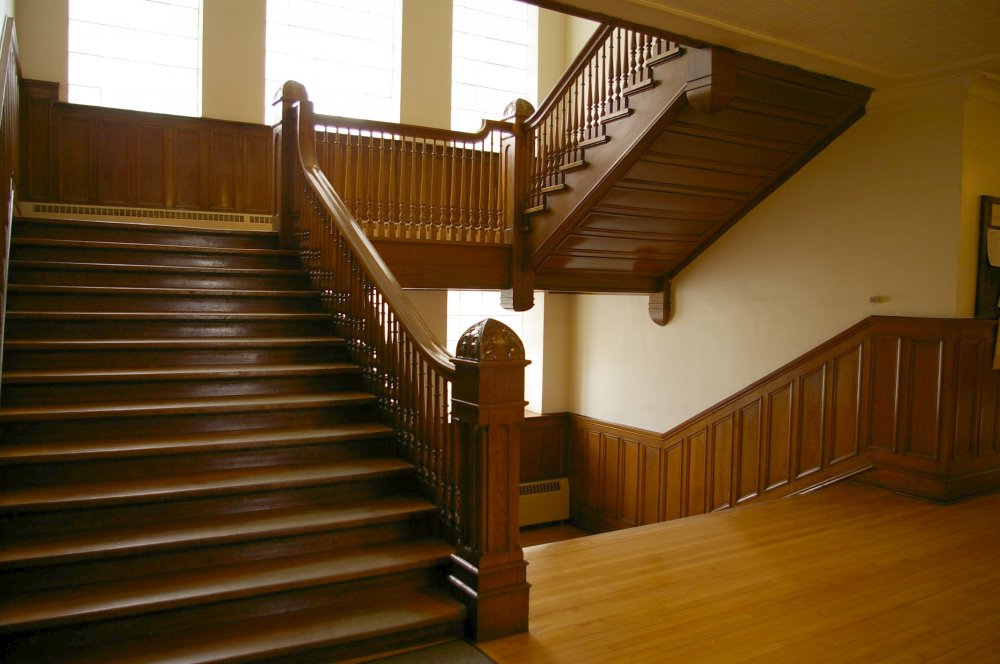 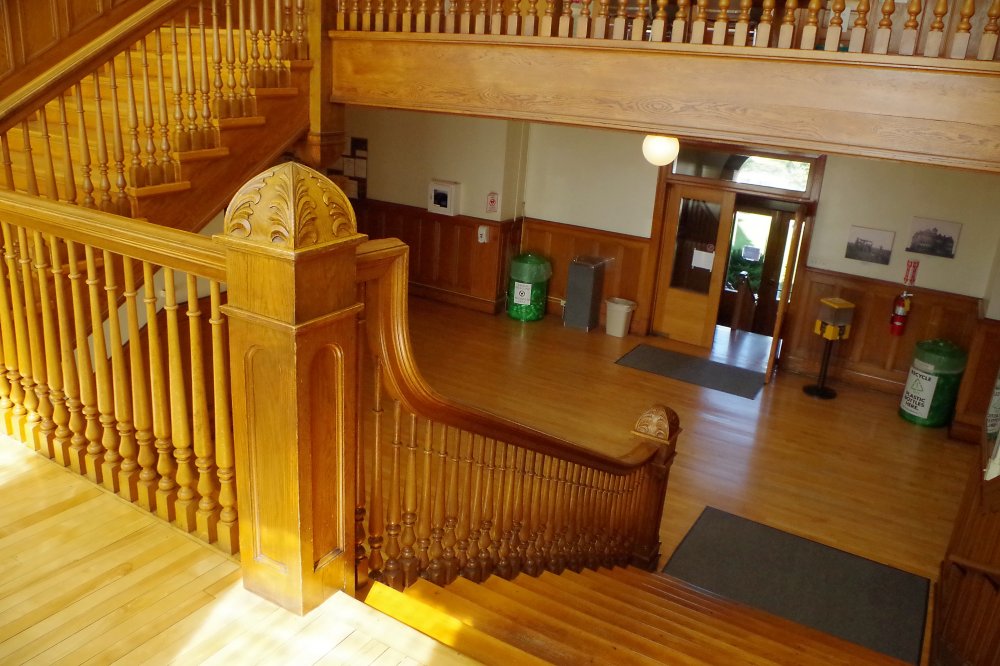 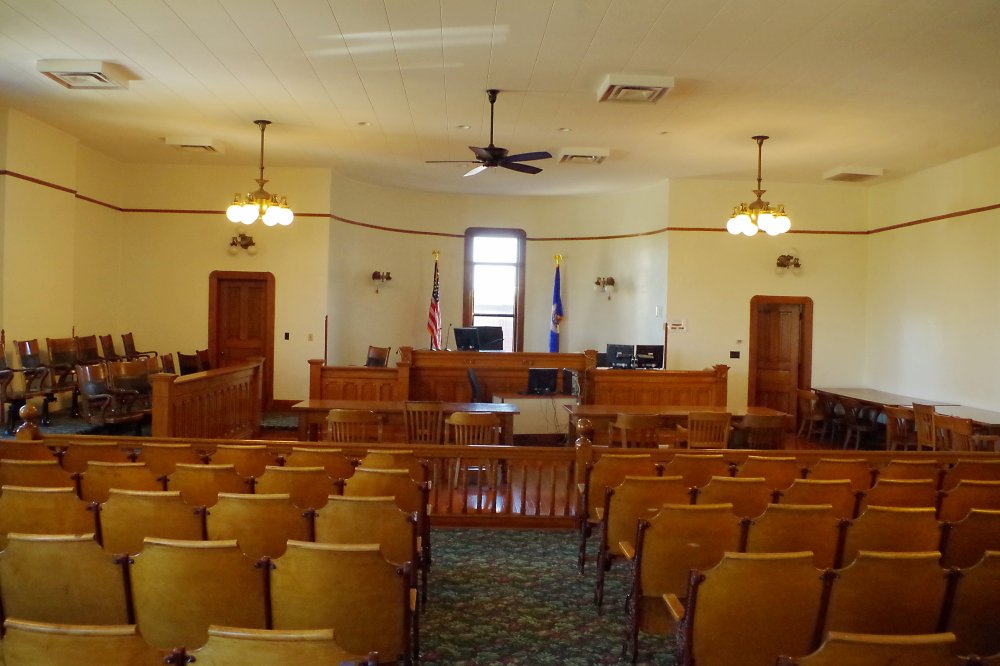 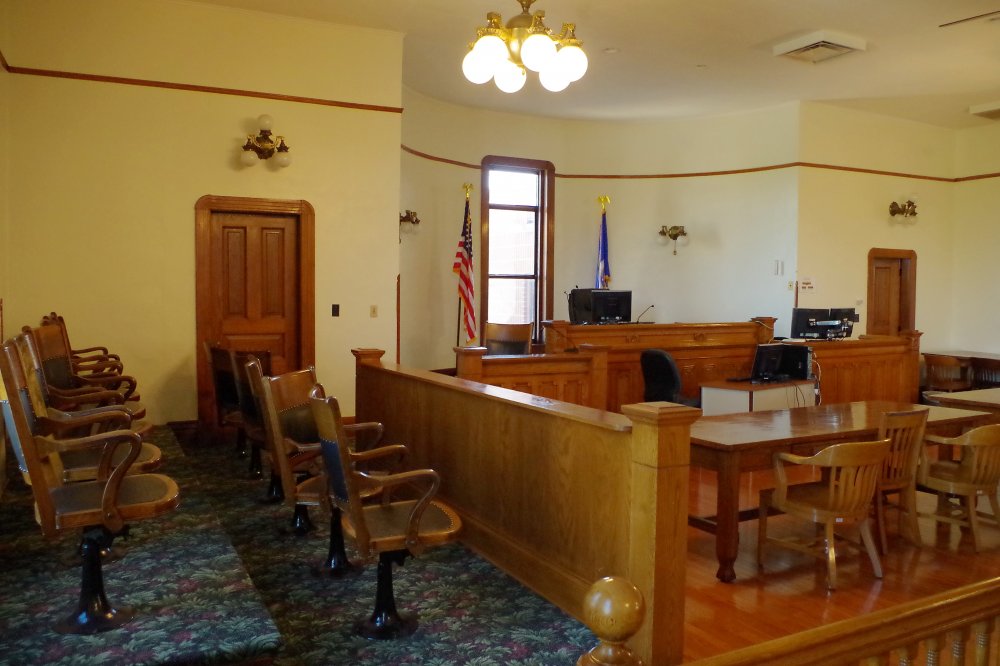 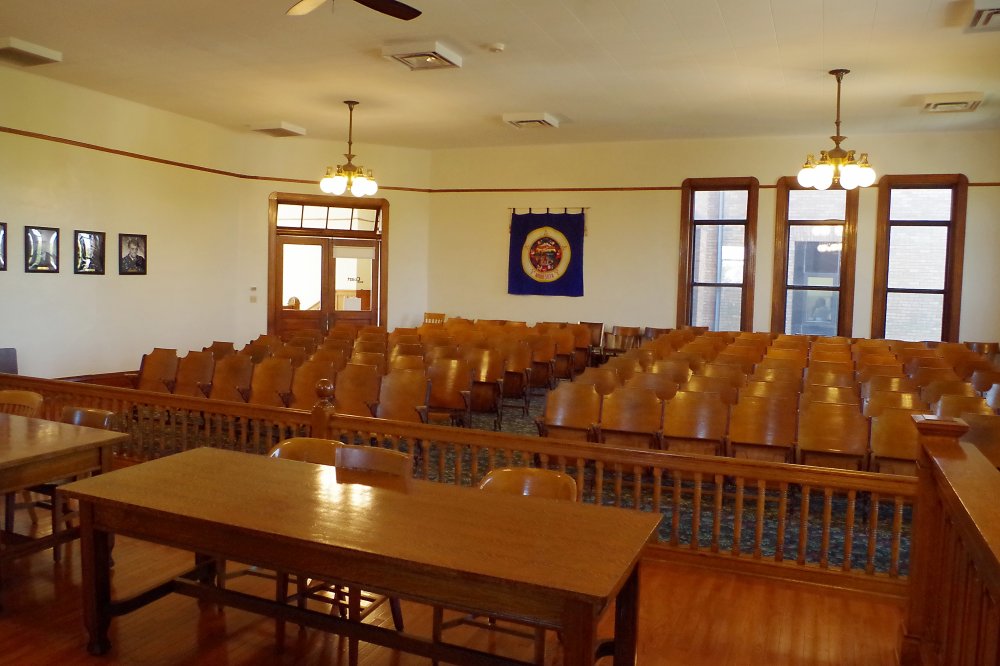 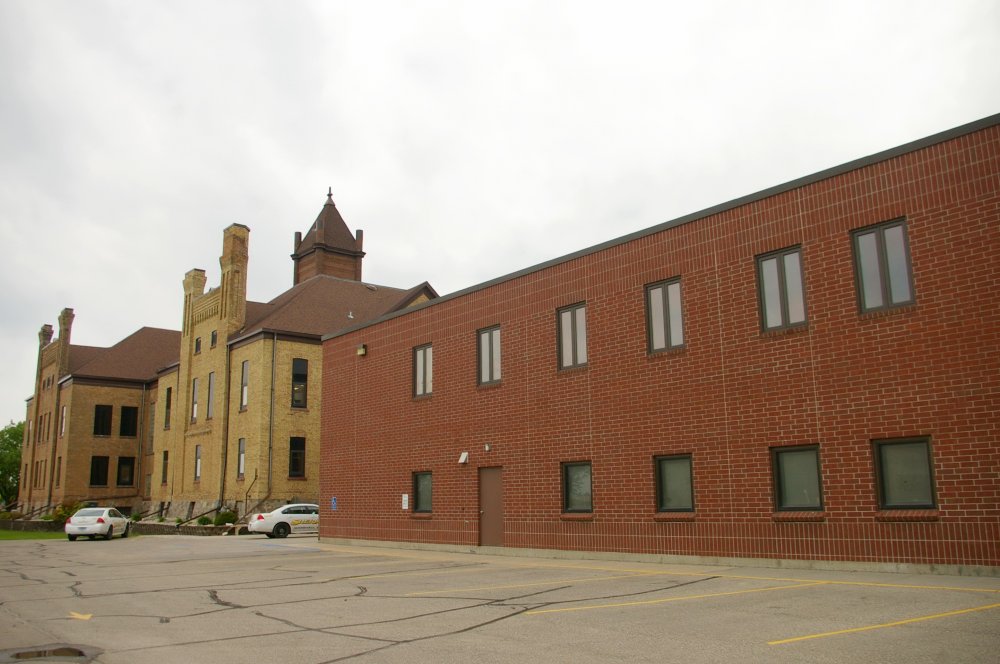