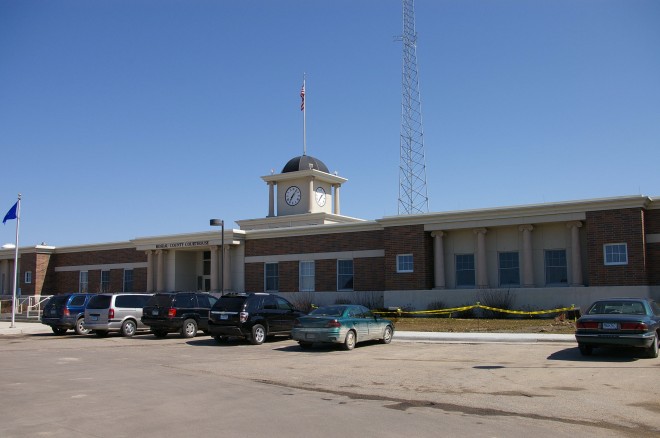 Roseau came from the French traders who termed the river through the area, a river of “rushes and reeds”.

E – Lake of the Woods County

Description:  The building faces west and is a one story red colored brick, concrete and glass structure. The building is located on landscaped grounds on the south side of the center of Roseau. The central west entrance has large columns. The building incorporates several elements from the old courthouse including the cast-iron ionic columns that frame the main entrance. In the main lobby is a lighted domed ceiling. On the center of the roof is a square cupola with black colored dome and clock. The roof line is flat. The new addition for the jail and law enforcement center was built by Industrial Contract Services. 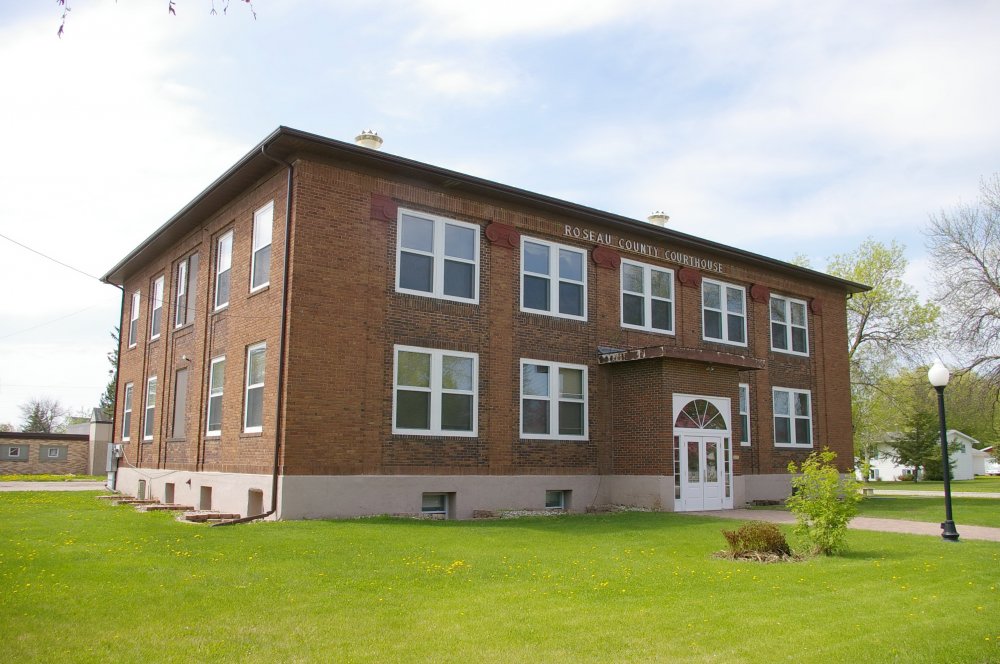 Description:  The building faces north and is a two story brown colored brick over poured concrete structure. The building sits on landscaped grounds in the center of Rosseau. The north front has a central entrance with extended one story porch with fan light. The building has double windows. The roof is hipped. The building houses offices. To the east is the old Webster Hotel which served as the first courthouse. 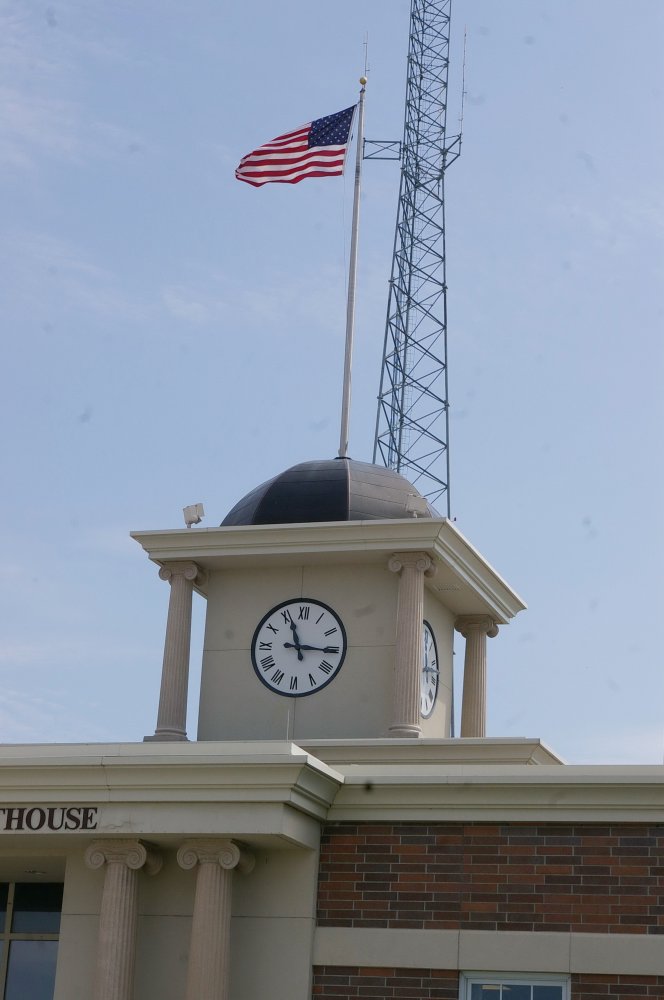