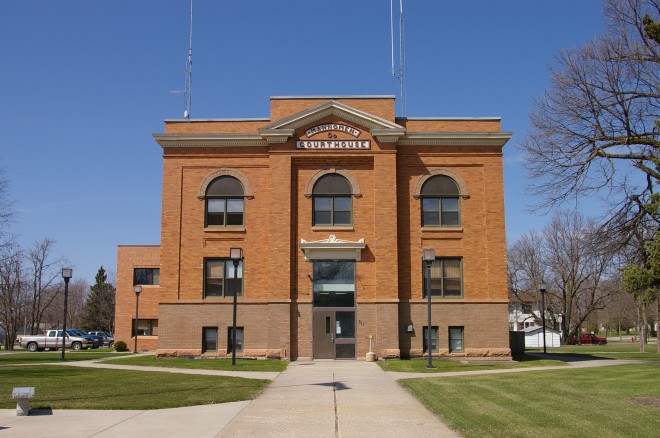 Mahnomen County is named after the Ojibway word for wild rice whose root word is “mano” or “spirit”.

Description:  The building faces east and is a two story red colored brick structure. The building is located on spacious landscaped grounds in the center of Mahnomen and is trimmed with limestone. The front side is three bays wide. The center forms a pavilion set out by brick pilasters that rise to a classic pediment. A cornice defines the top of the second story with a plain parapet rising above it. In 1975, the building was remodeled and the original arched windows on the second floor were eliminated. An addition was also built on the west side in 1975. The architect was Genesis Architecture of Willmar. 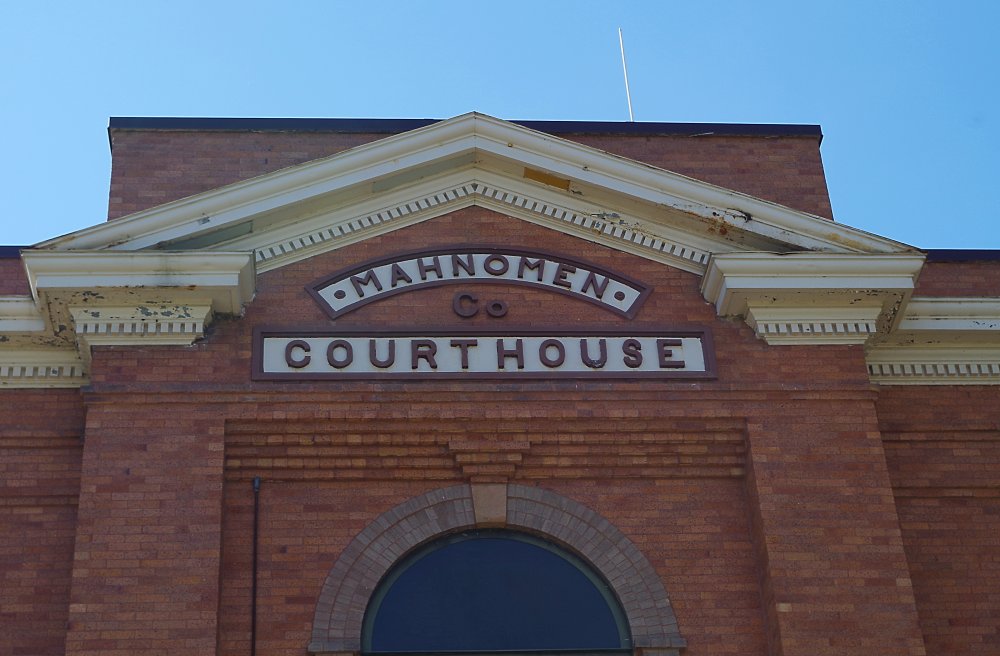 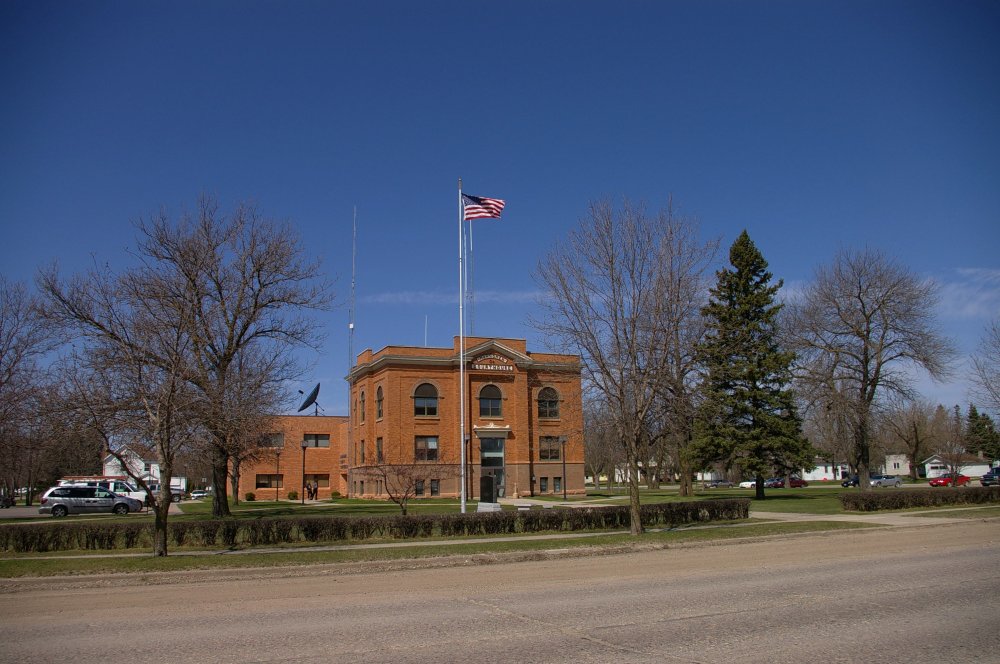 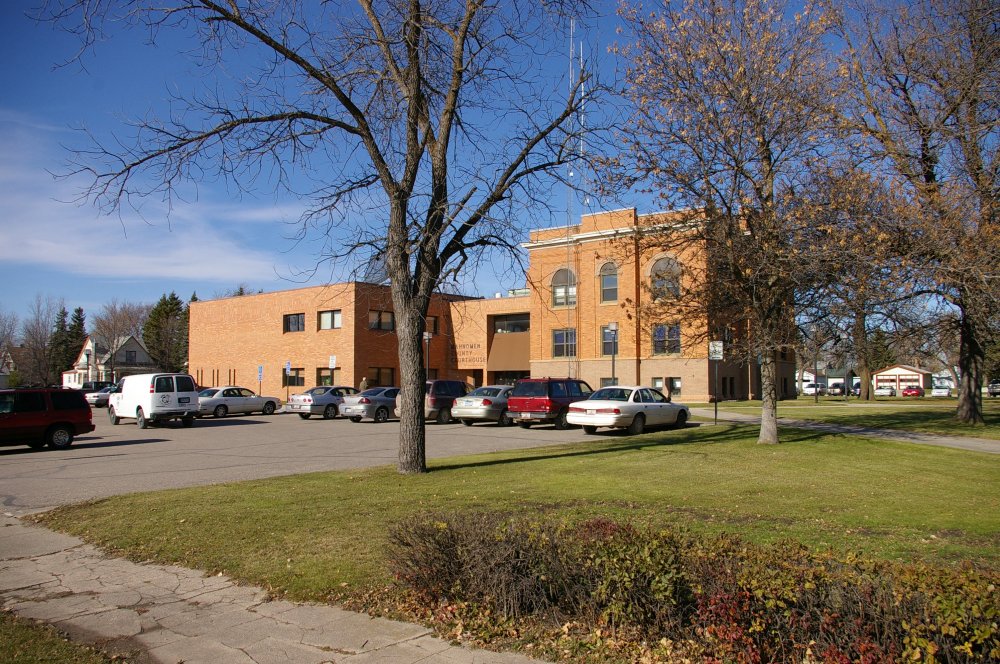 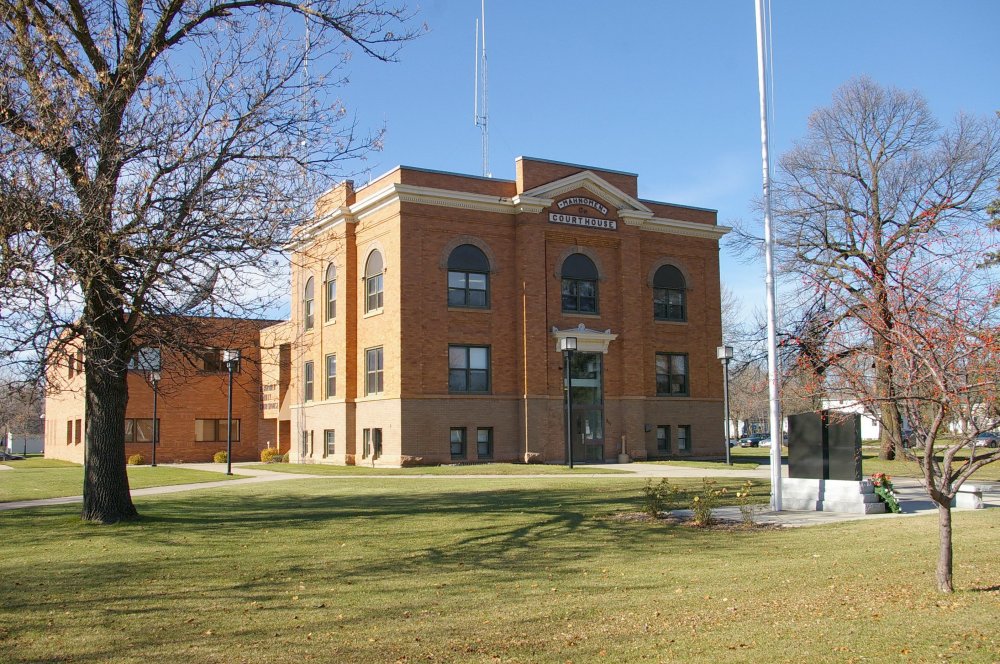 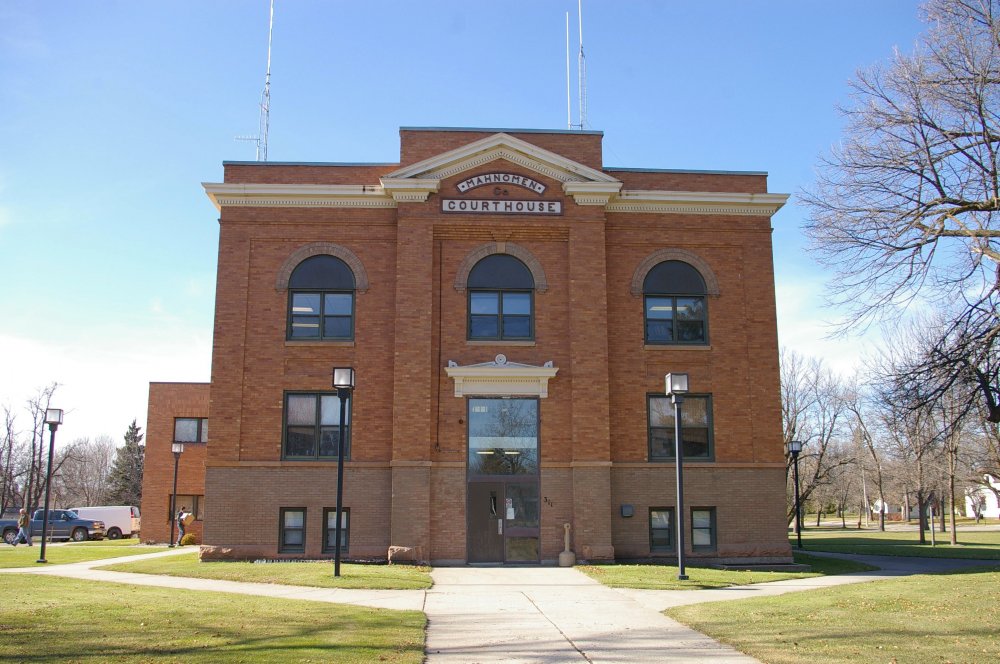 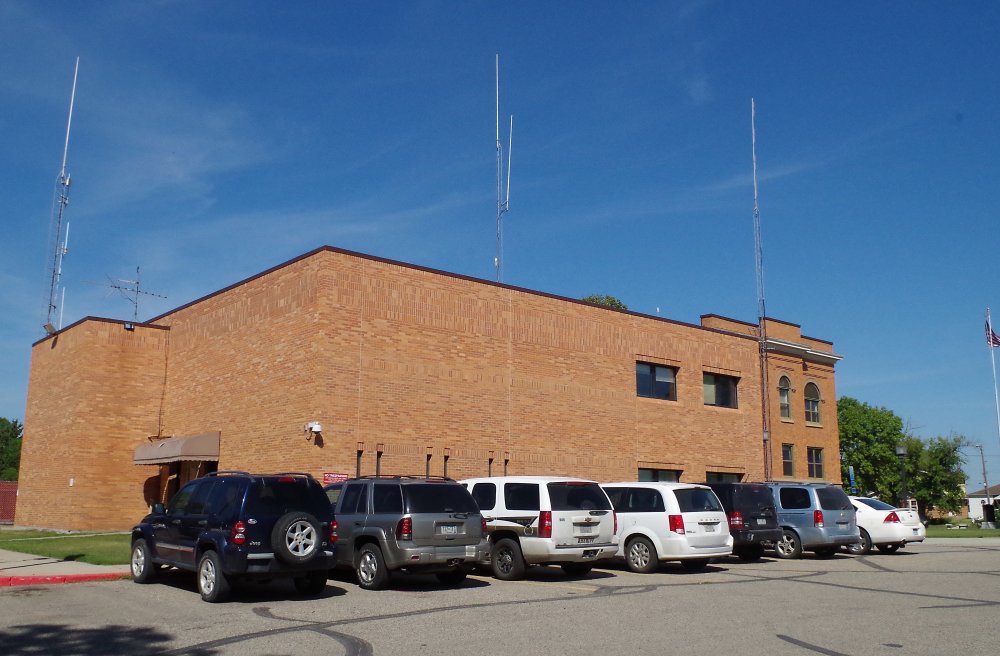 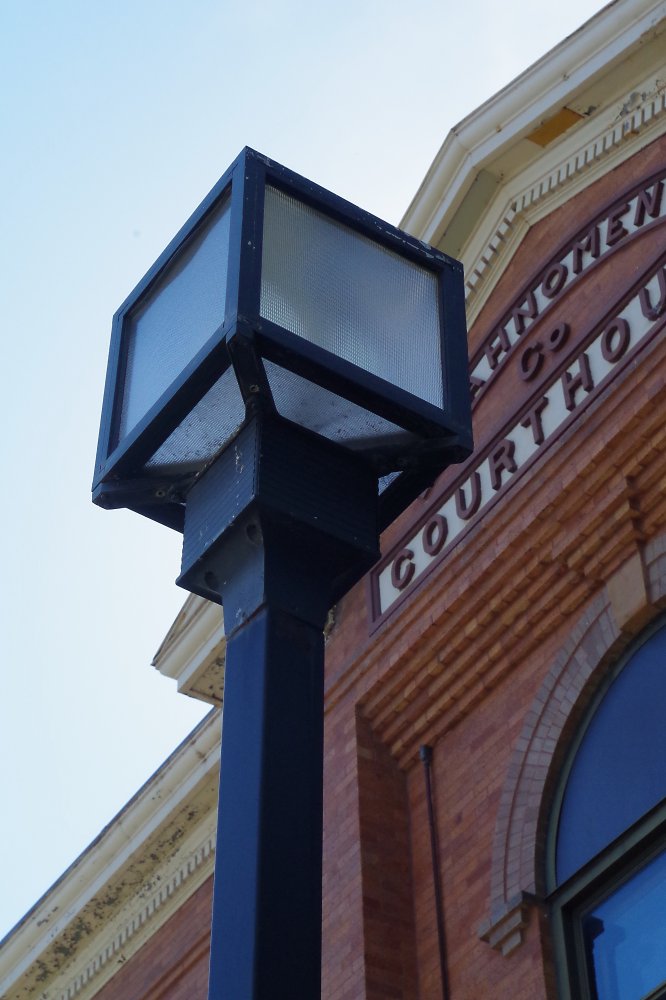 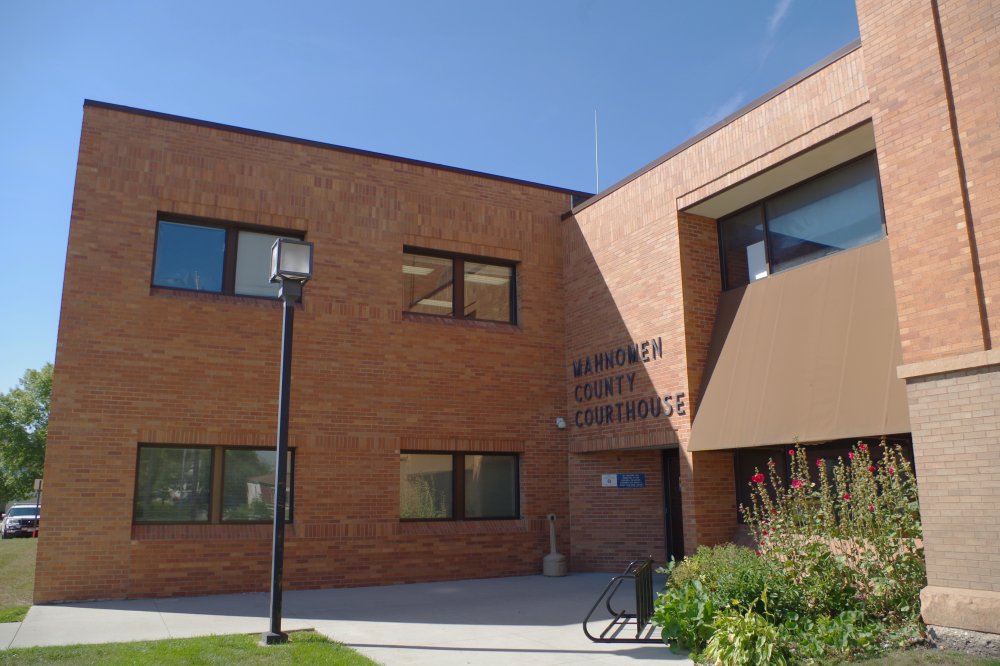 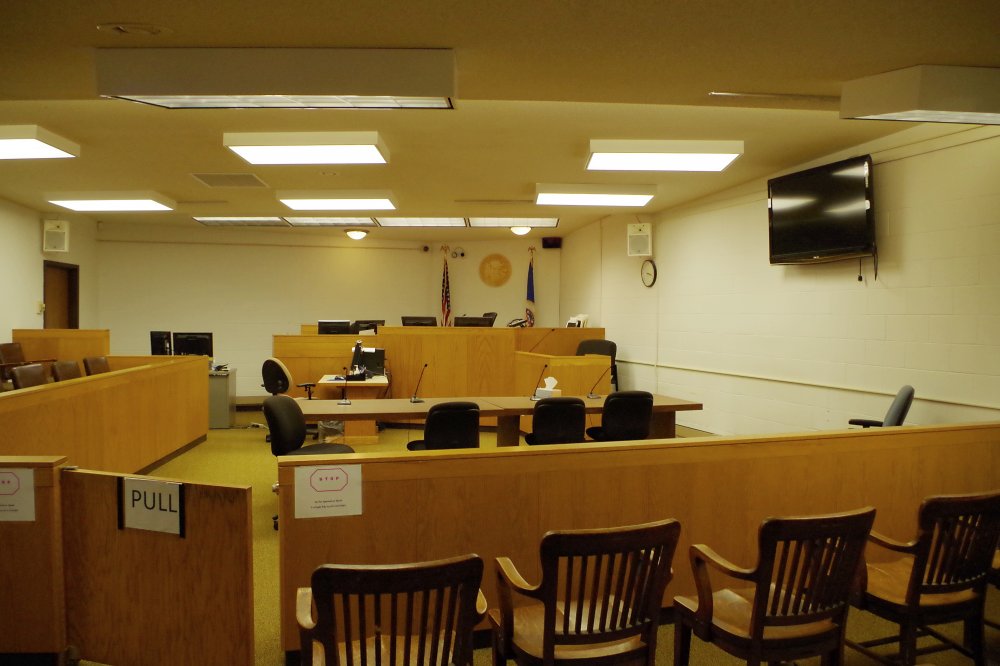 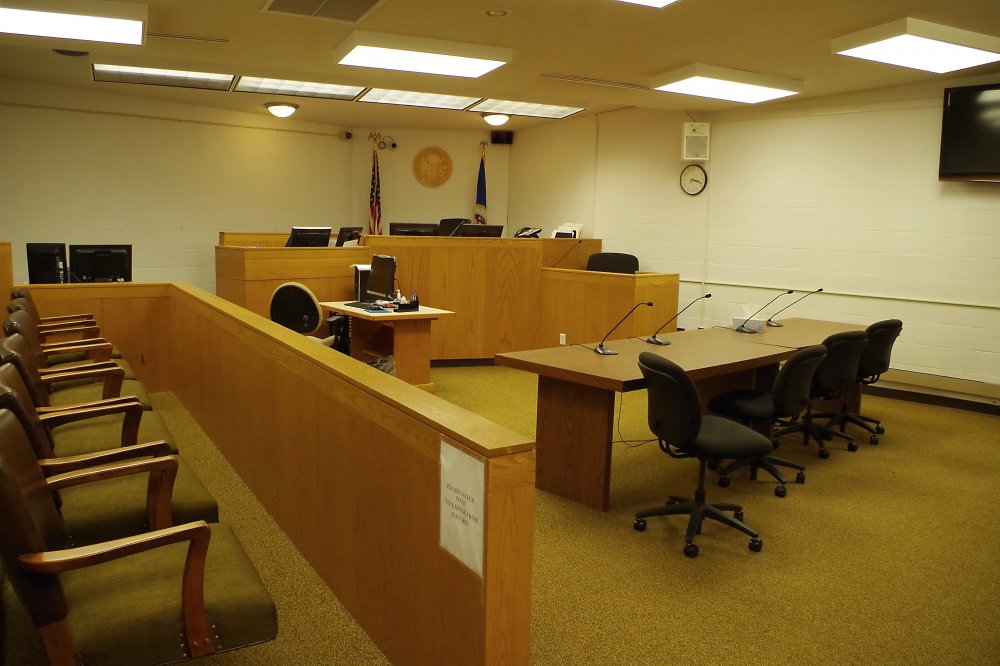 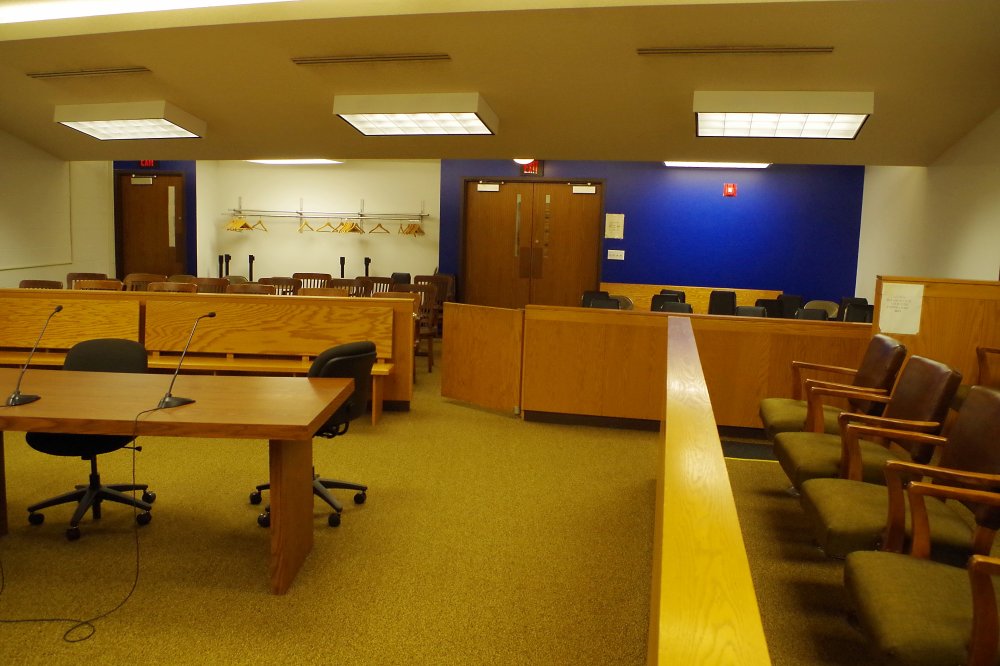