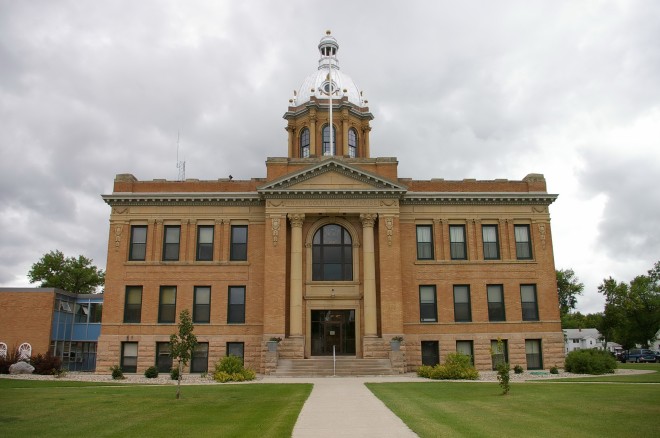 Traill County is named for Walter John Strickland Traill ( 1847 – 1938 ), a Canadian, who was employed by the Hudson Bay Company and who was a prominent citizen during the early days of the county. 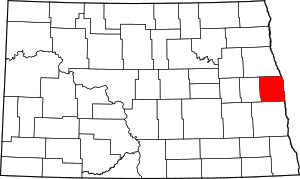 Description:  The building faces east and is a two story rectangular buff colored brick and concrete structure. The building is located on spacious landscaped grounds in the center of Hillsboro. The building has a stone basement. A projecting portico on the east side has two stone columns rising to the second story with a parapet, In the center of the building is an octagonal dome with silver colored roof and with a smaller octagonal dome at the top. The interior features an operational skylight, well-preserved murals, and scallop headed niches in the rotunda. The second floor courtroom has richly stenciled coffered ceiling and massive oak balustrade. The building retains complete exterior integrity, and the painting over of stencils on the first and second floor walls in the early 1950′s has been the only major interior alteration. The building houses the County District Court of the East Central Judicial District. An addition was built on the south side in 1955. The architect was Kurke Associates.

See:  The architect Buechiner & Orth of St. Paul, Minnesota designed many courthouses. The courthouse is similar, except for the dome, to the courthouse in McHenry County. 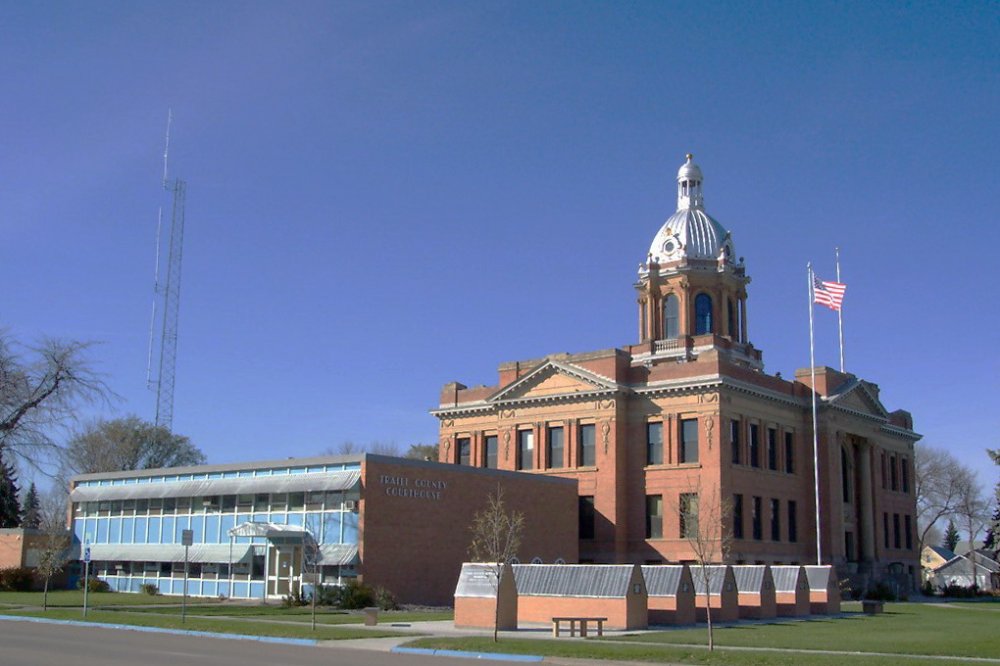 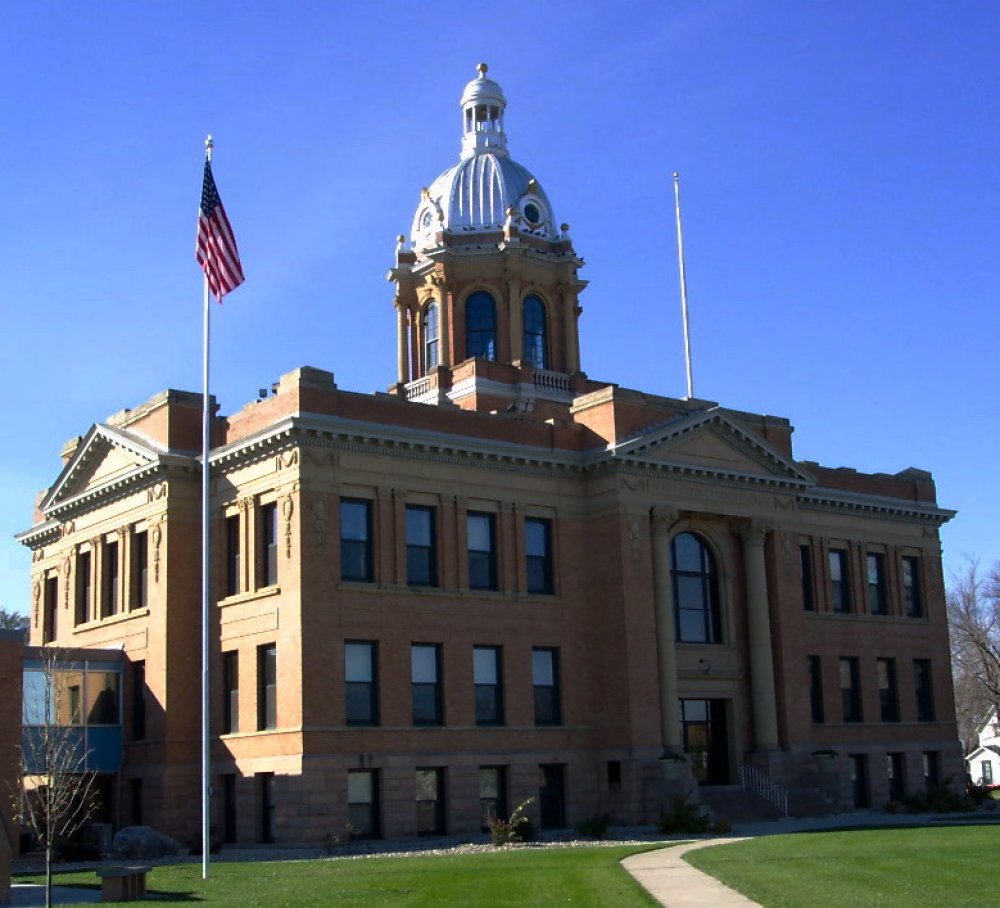 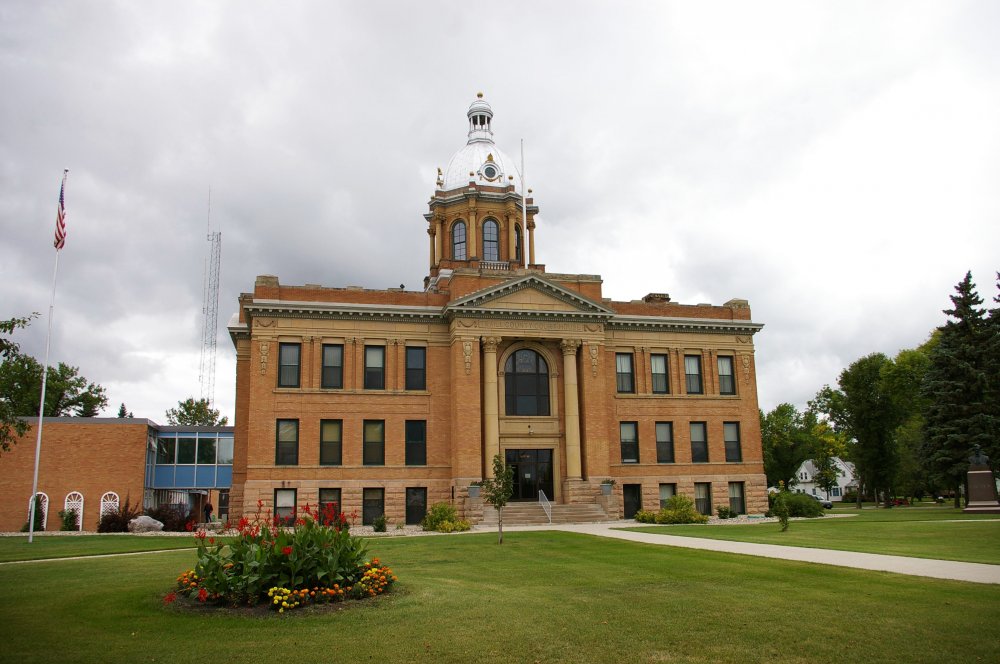 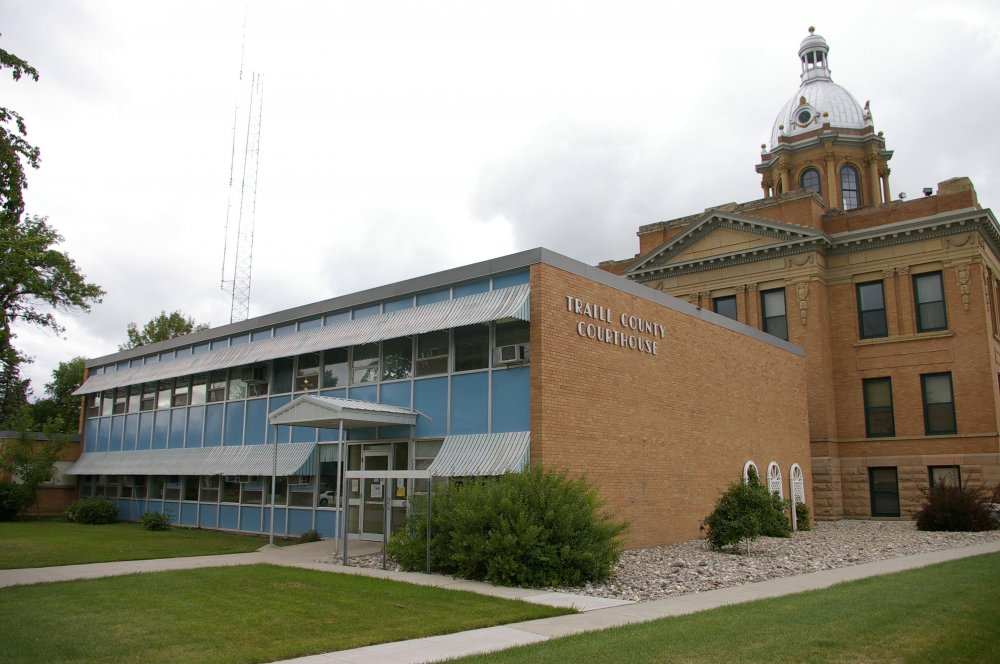 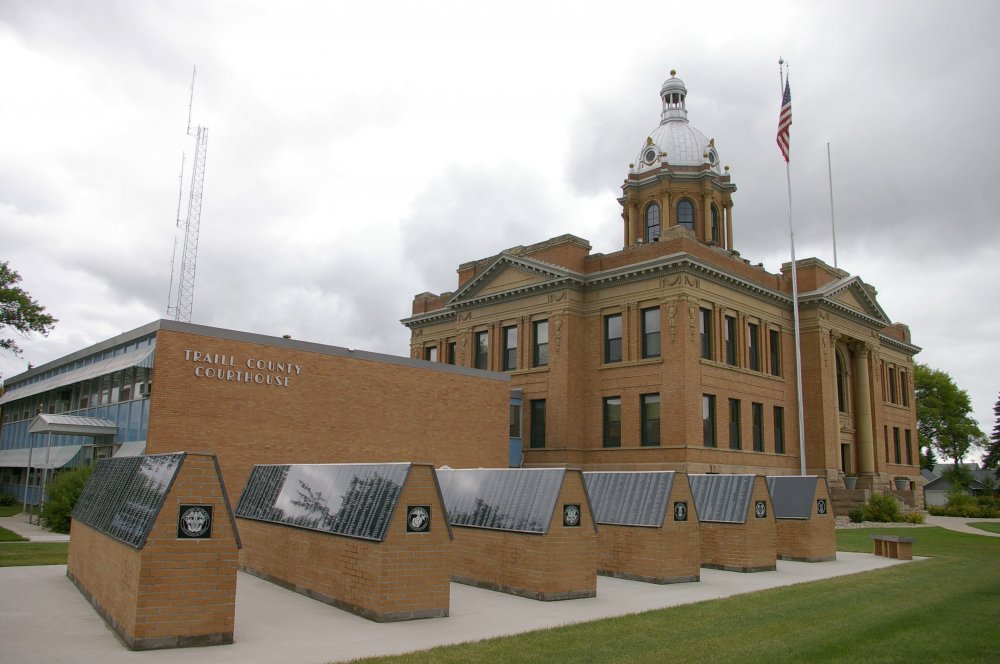 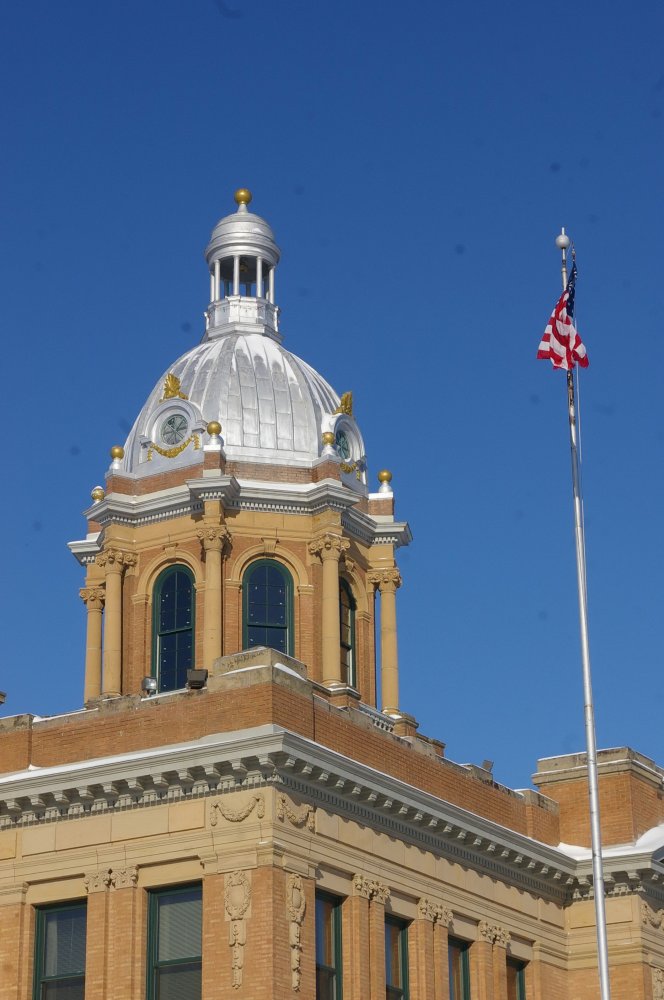 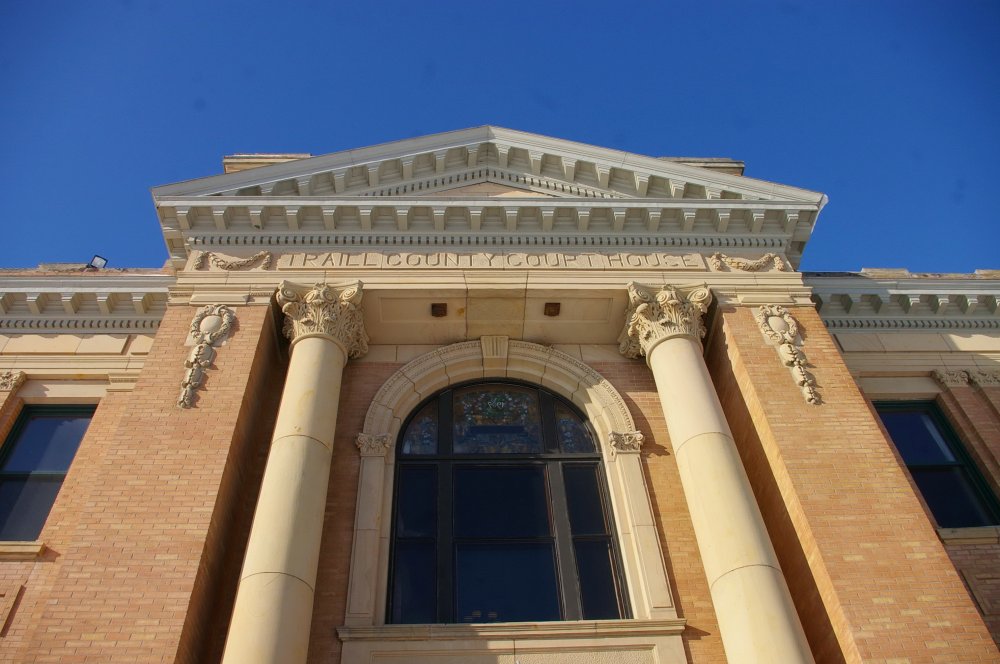 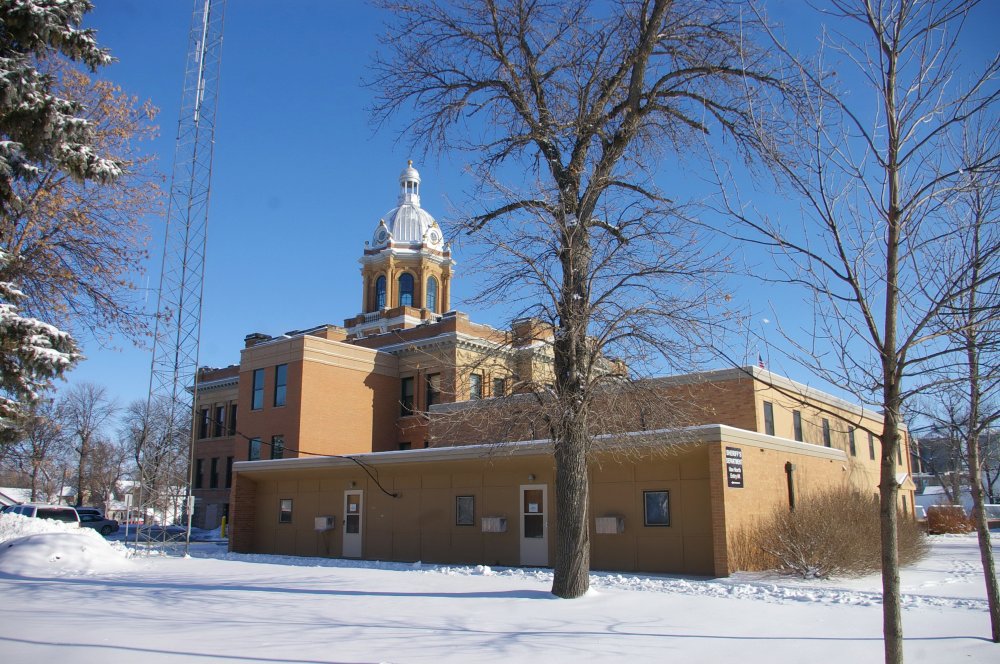 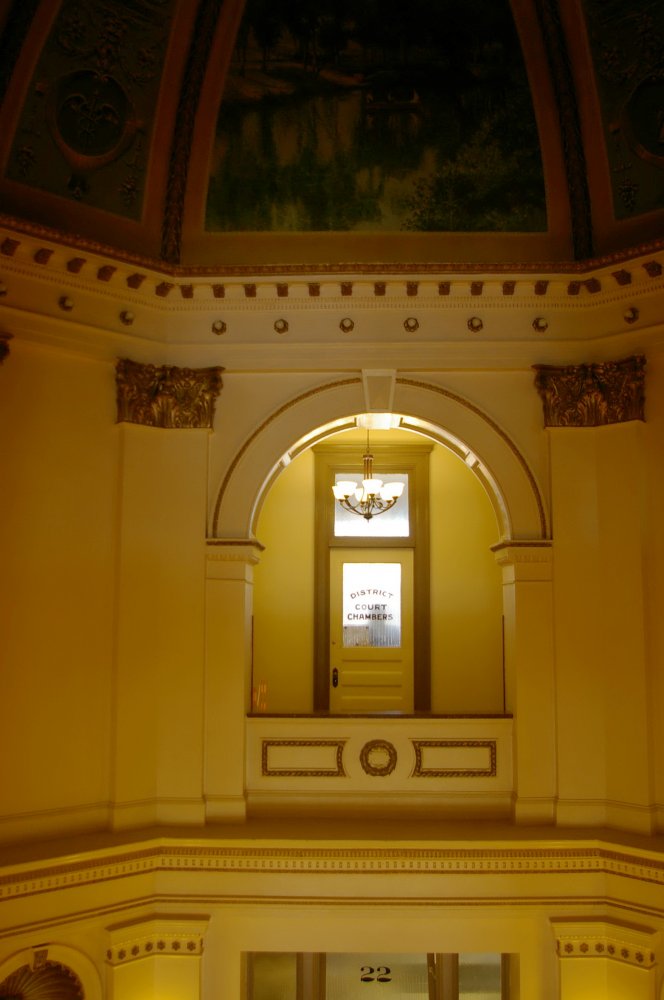 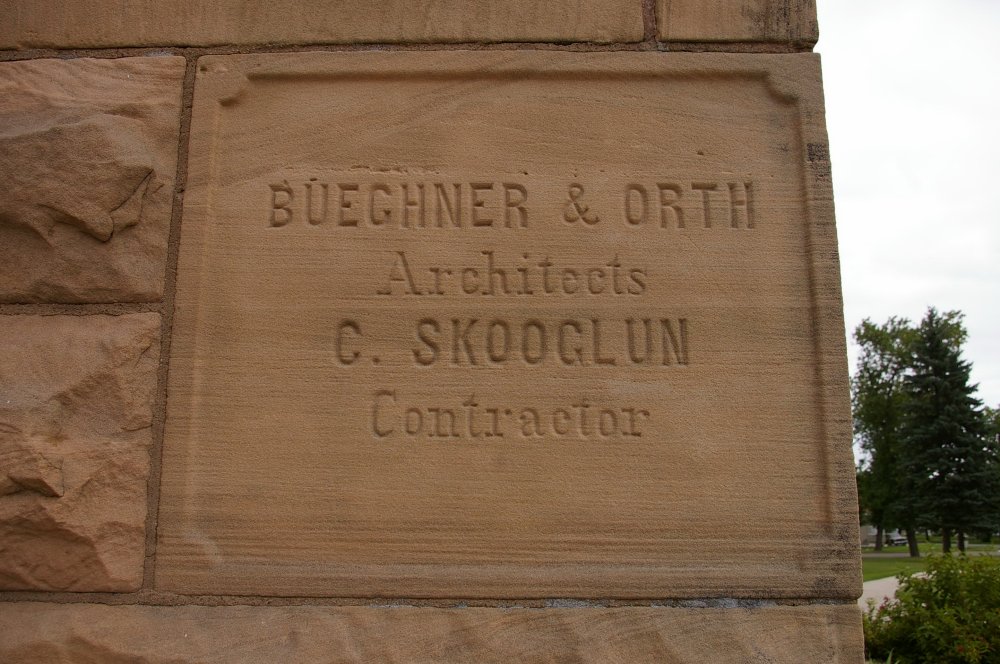