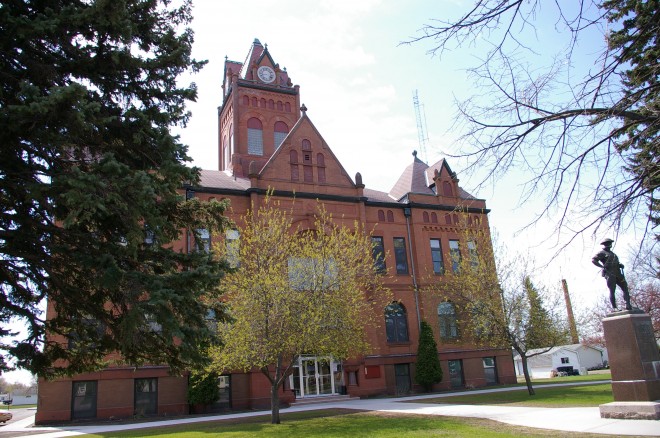 Norman County is named in honor of the large number of Norwegians or Normans, who settled in the country and in the county.

Description:  The building faces north and is a two story red-brown colored brick and concrete structure. The building is located on landscaped grounds in the center of Ada and is 90 feet by 90 feet, and the pressed red-brown colored brick building is accented by sandstone. There is a tall square, central tower with peaked corner pavilions and a gabled central section with wide arched windows at the second level. Inside are marble wainscoting, granite steps in the front entry, the high central atrium, and the 15 foot ceilings. In 1975, a 500 foot by 80 foot building of similar brick was added to the south rear of the original structure. The architect was Koehnlein Lightowler Johnson Inc. of Fargo and Twin City Construction Company of Fargo.

History:  The county was created in 1881 and Ada was selected as the county seat. The first courthouse was built by O H Myron in 1883 and rented to the county. The county bought the building in 1885 for $2,400. The cost of construction of the second and present courthouse was $60,637. 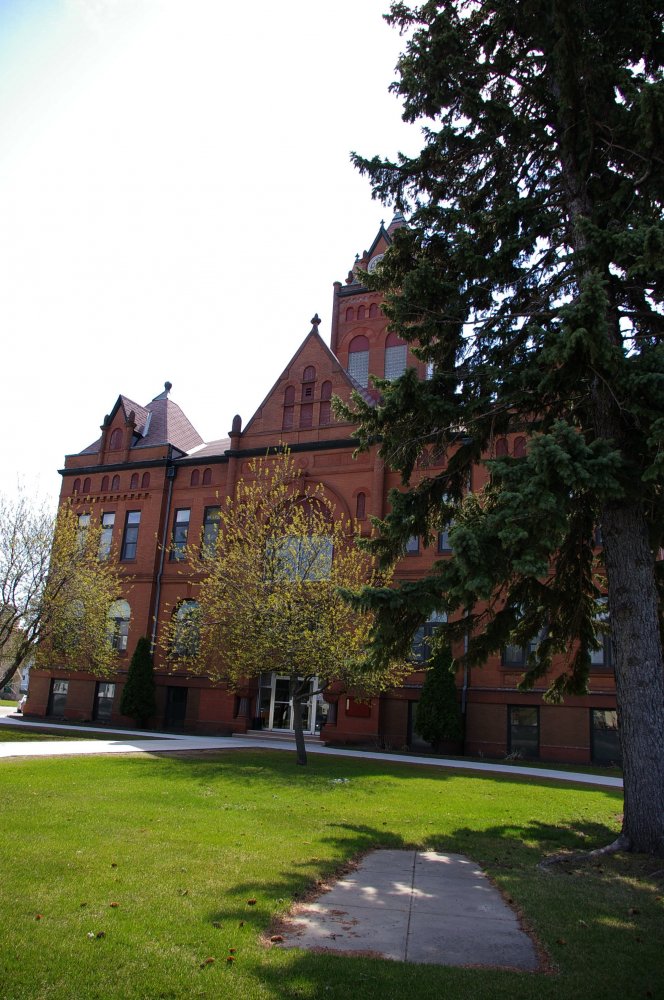 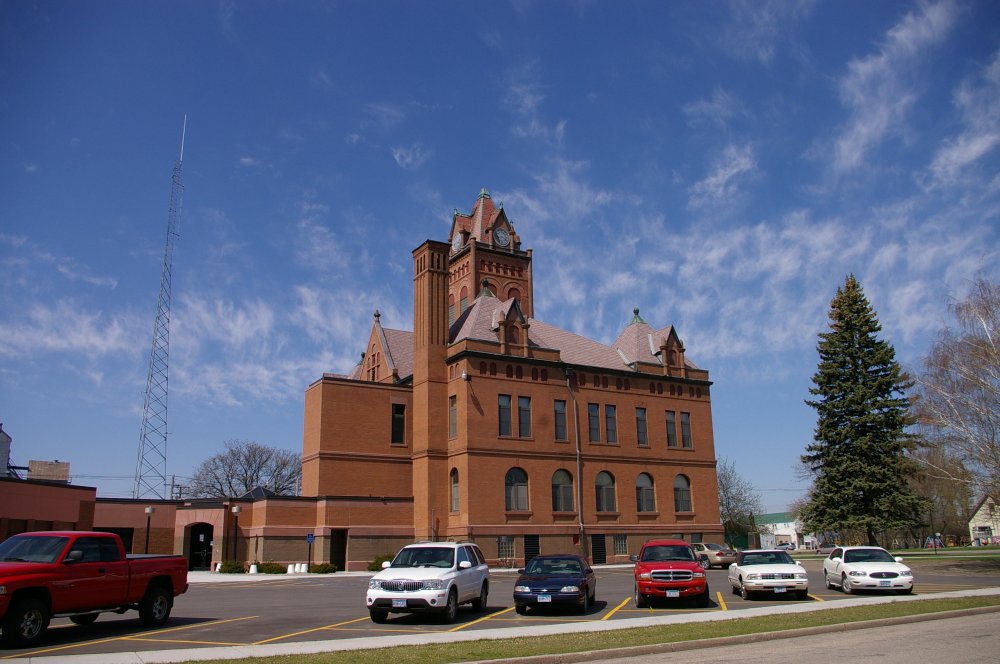 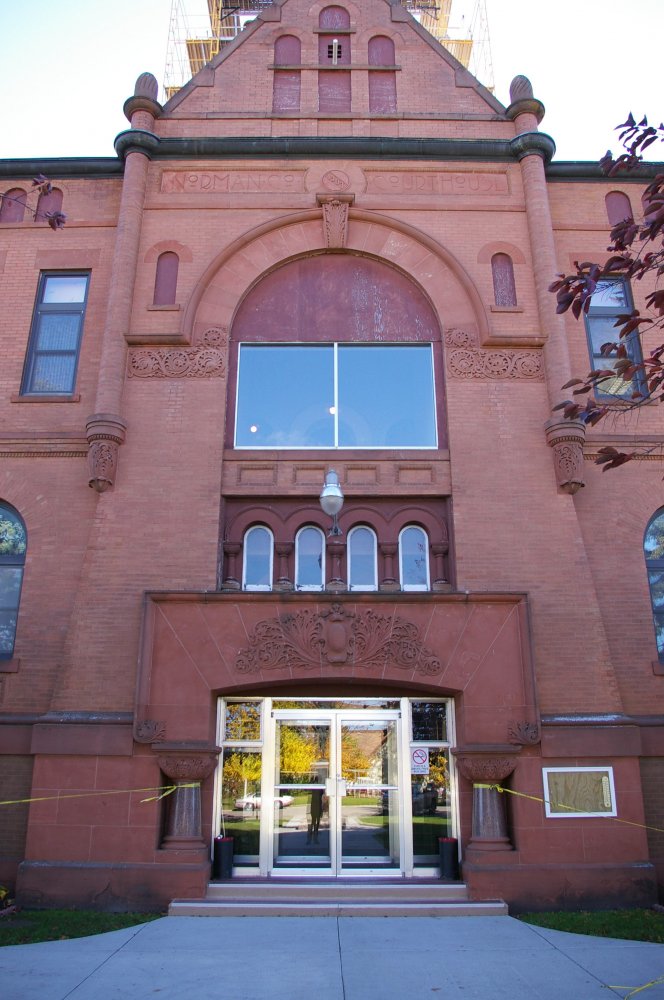 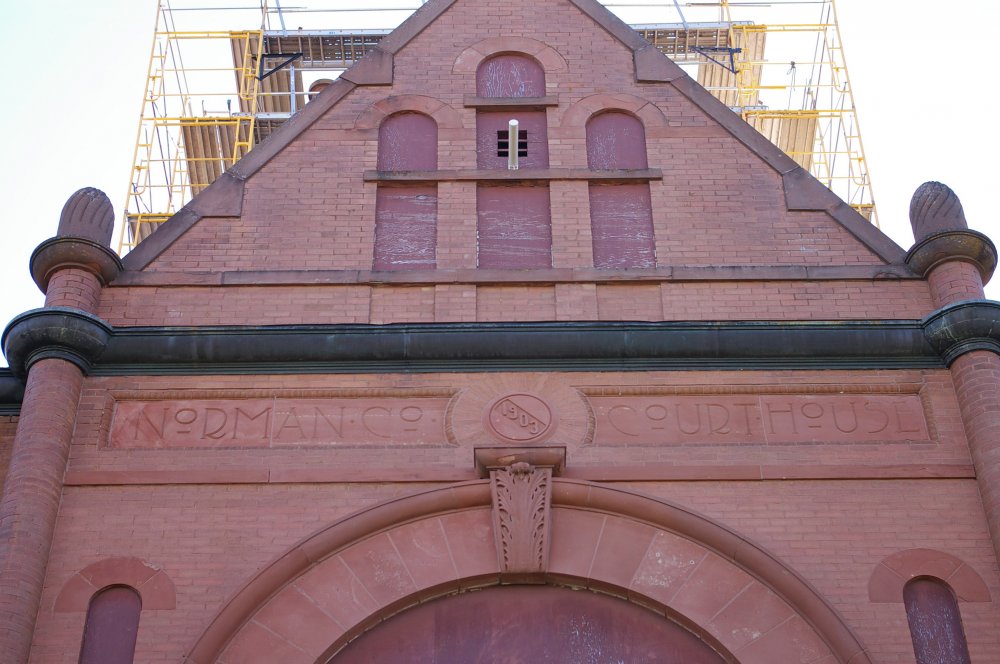 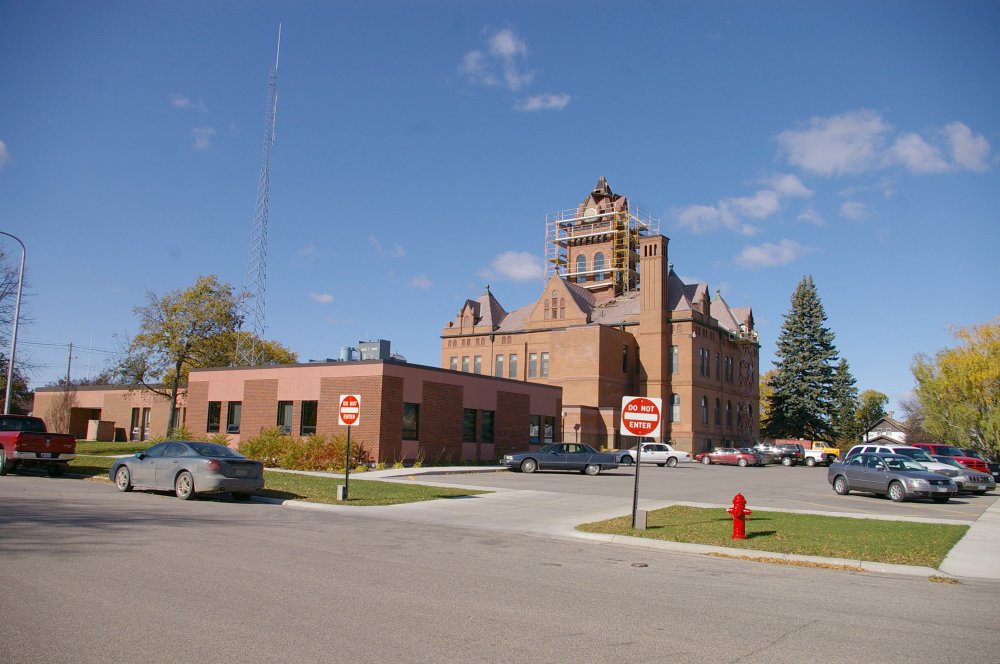 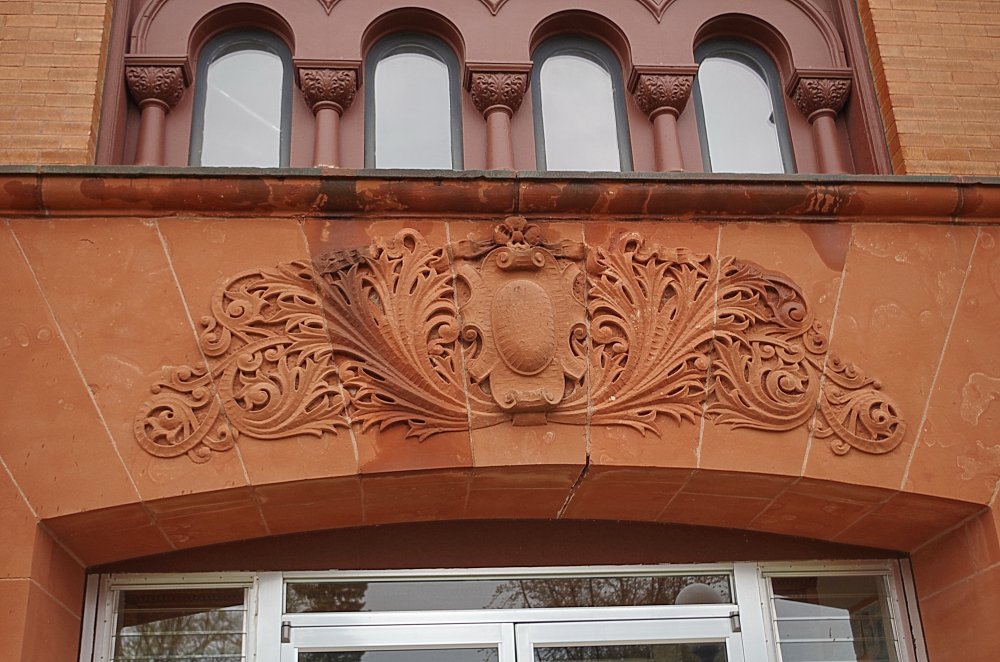 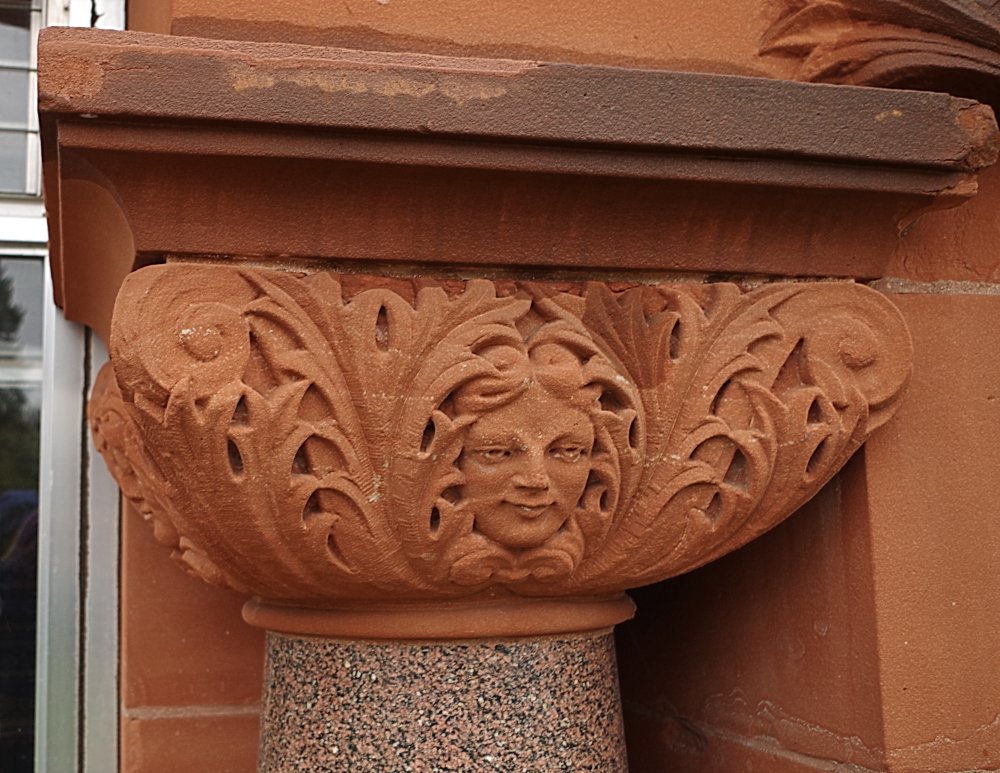 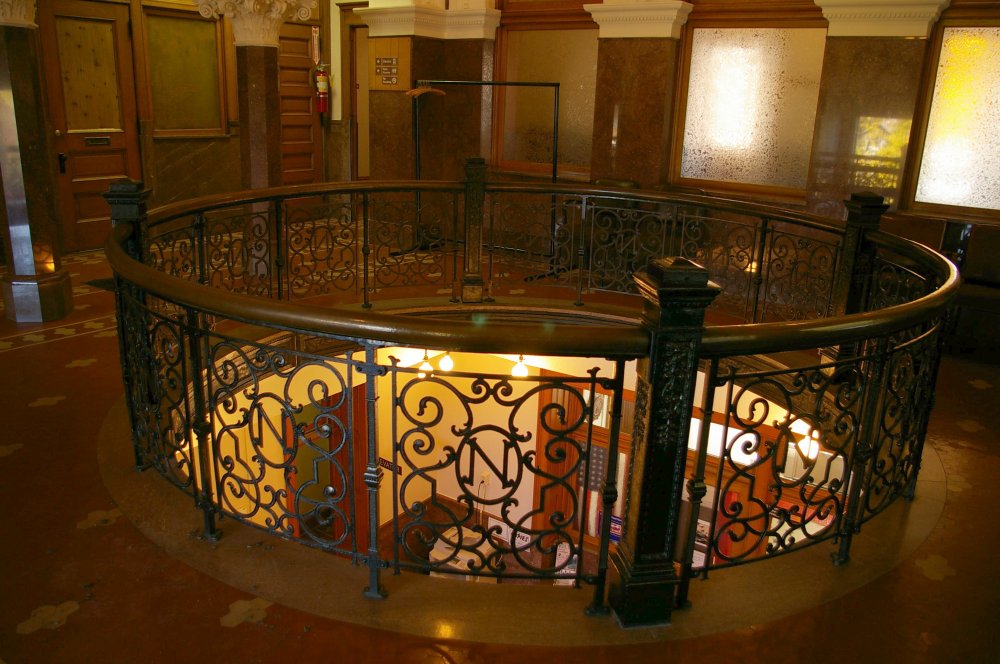 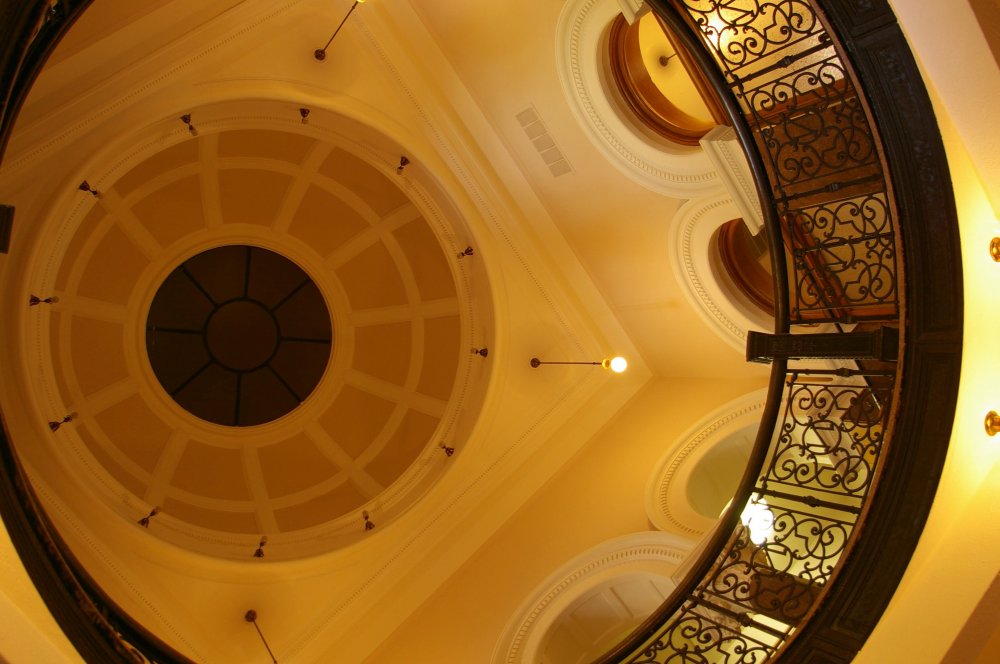 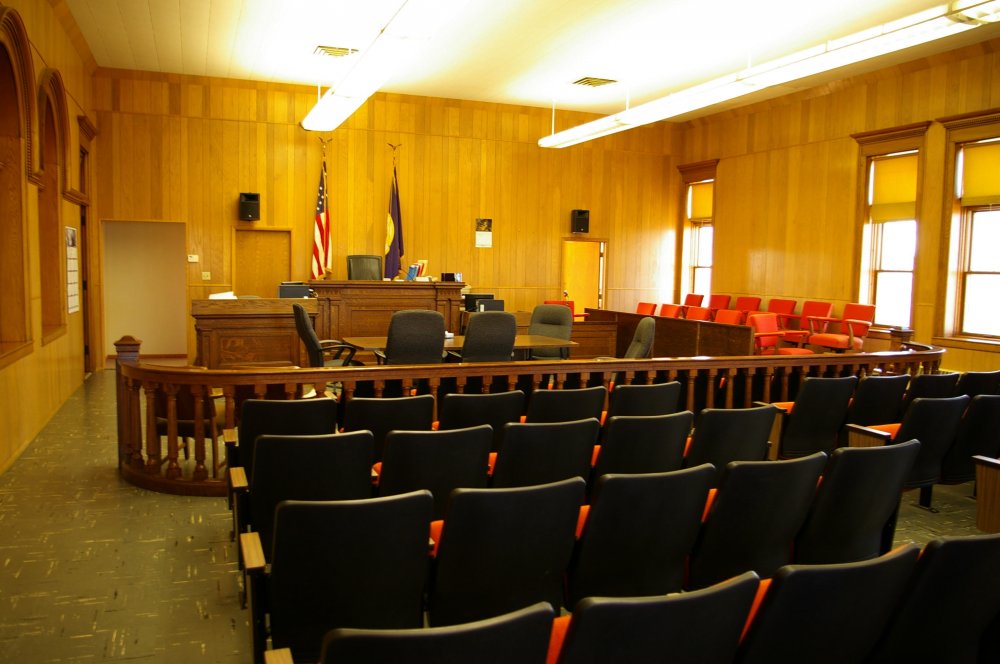