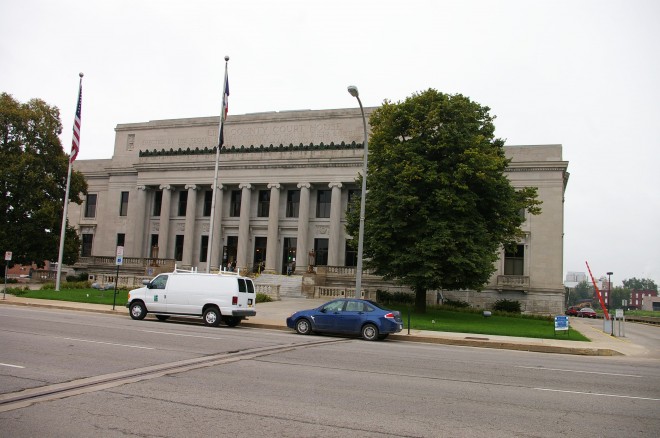 Linn County is named for Lewis Fields Linn, who was a doctor and a United States Senator from Missouri. 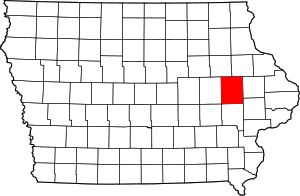 Description: The building faces northwest and  is a two story Bedford limestone and concrete structure. The building is located on landscaped grounds in thye center of Cedar Rapids. The front of the building has ten large columns with recessed windows and entrances. The interior has posts and walls made of travertine and marble floors. The building houses the County District Court of the 6 Judicial District. The building was rededicated in 1975, and the building was repaired after a flood in 2008. 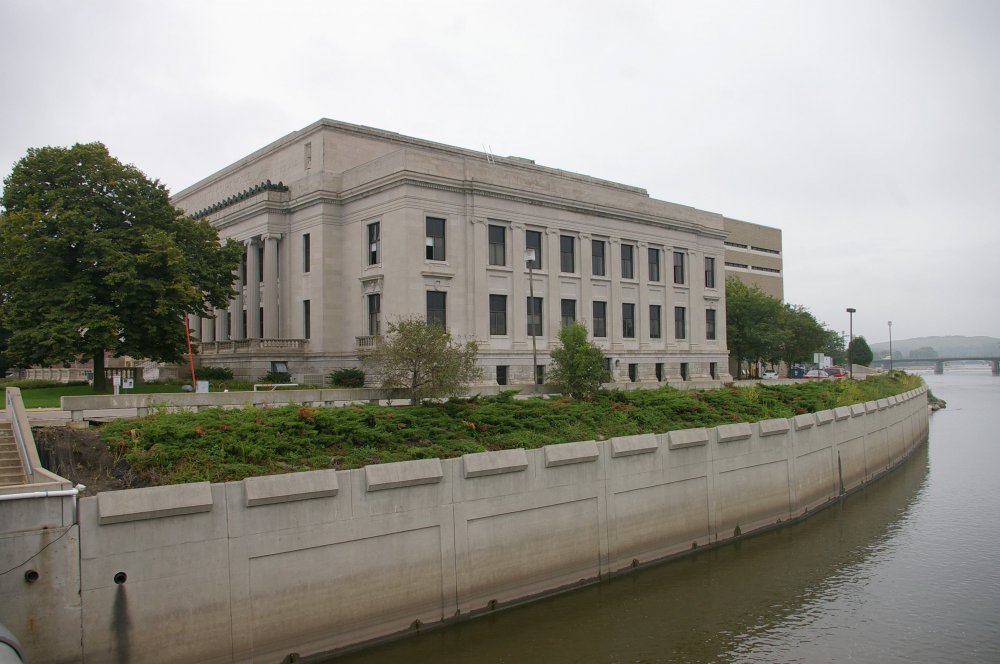 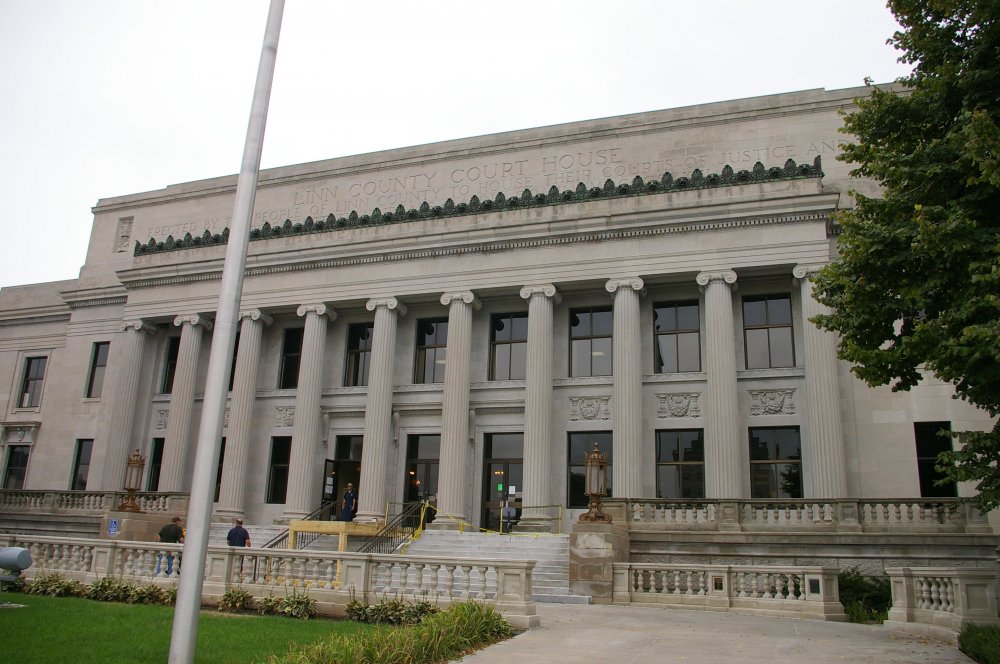 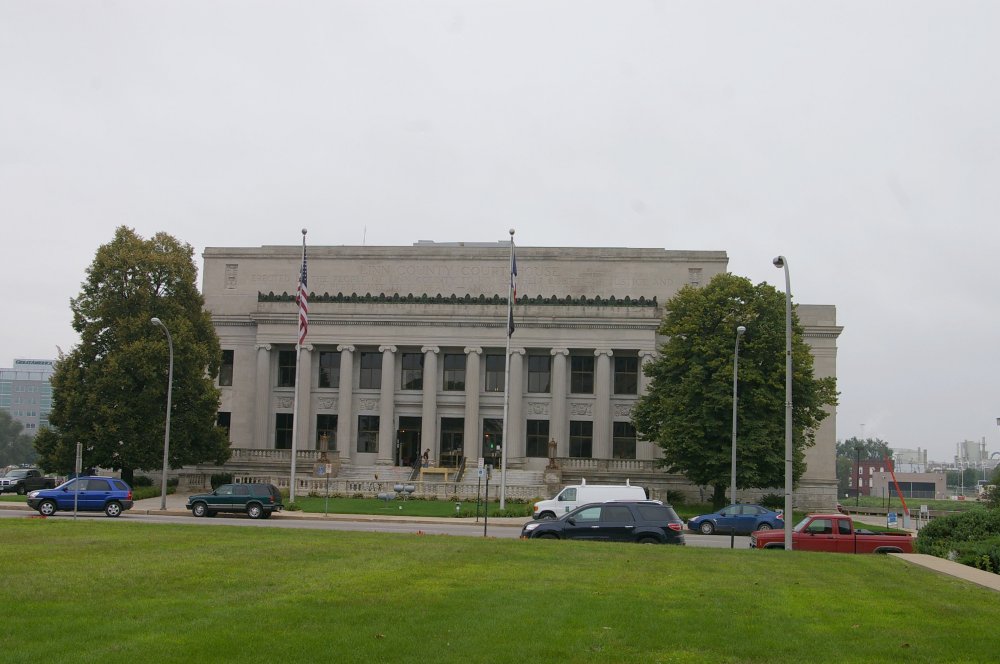 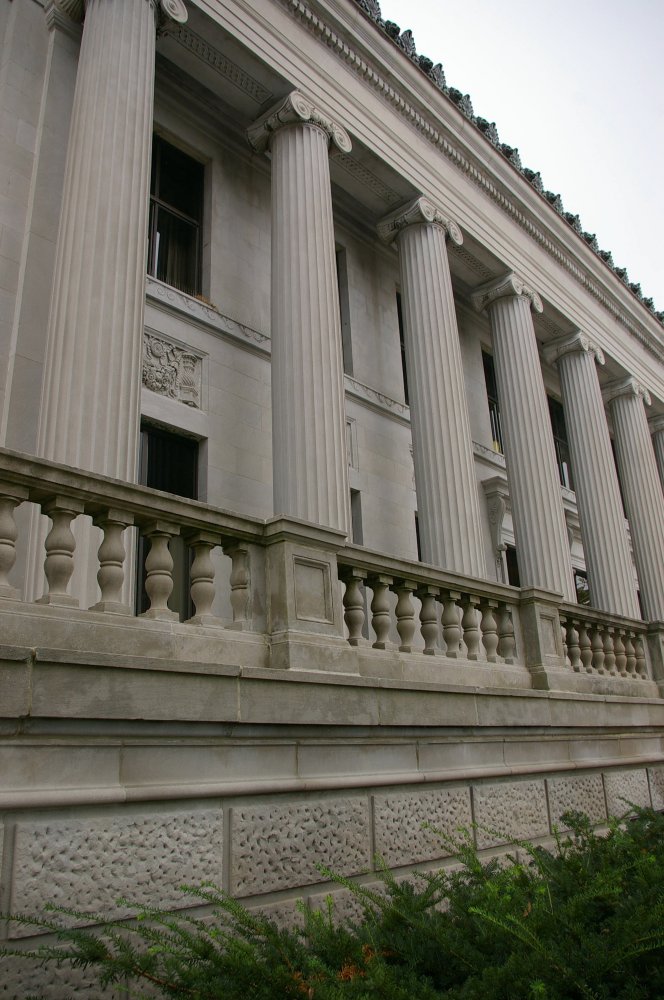 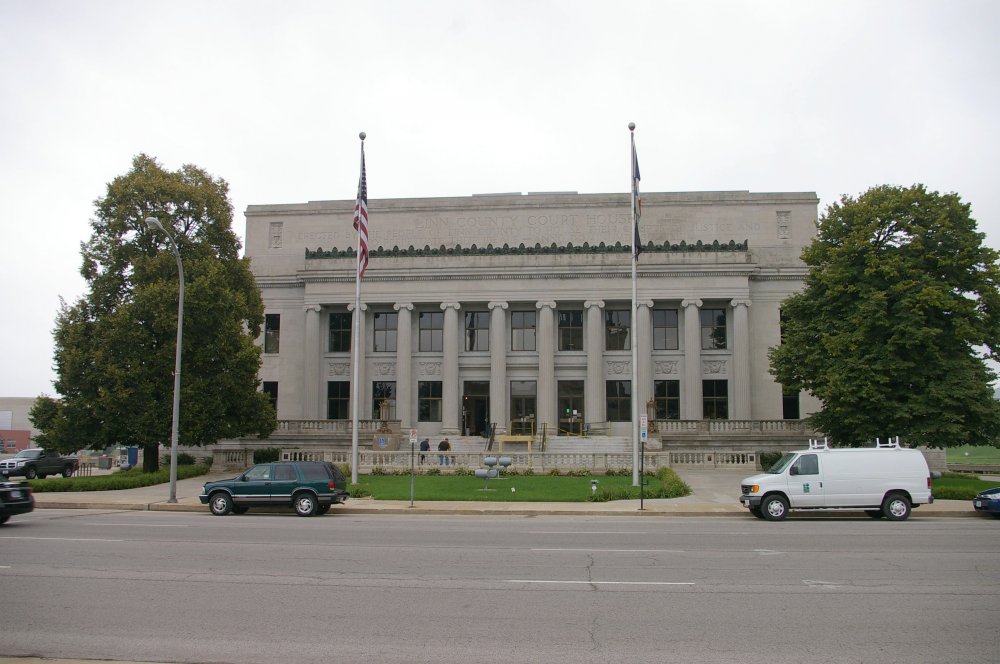 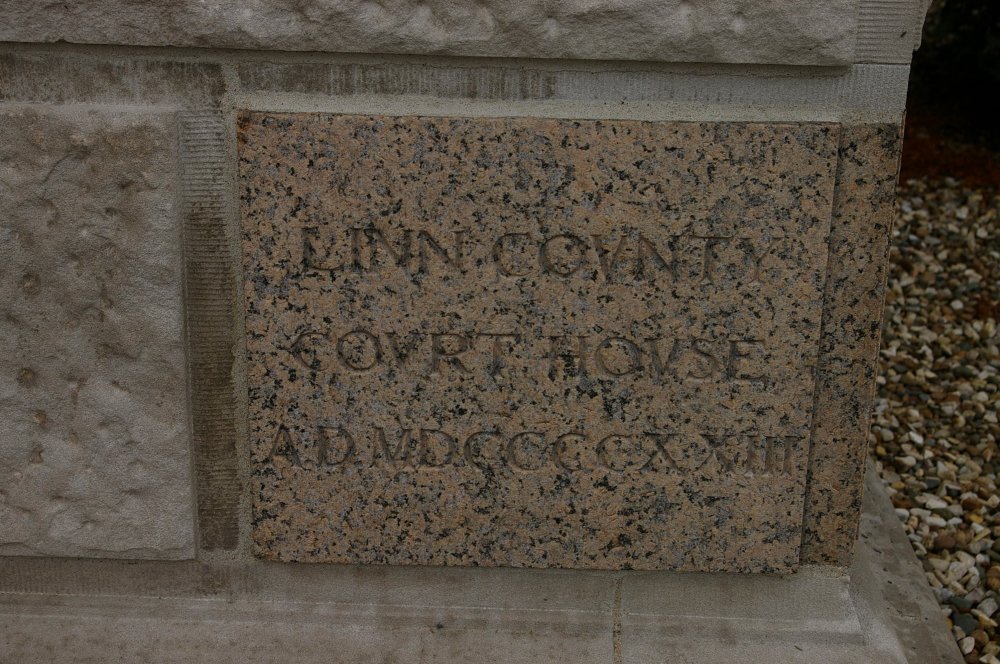