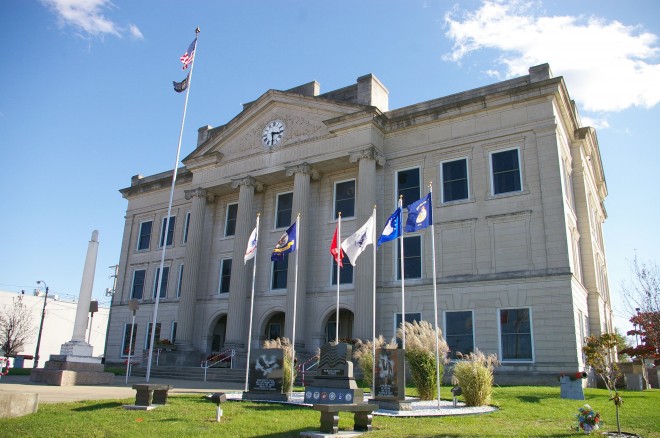 Description: The building faces north and is a three story gray colored limestone structure. The building is located on landscaped grounds in the center of Olney. The porticos on each side of the building are supported by four large Ionic columns rising to a pediment with clock at the roof line. On the first story are three arches at the entrances. The building has a wide eave along the flat roof line. 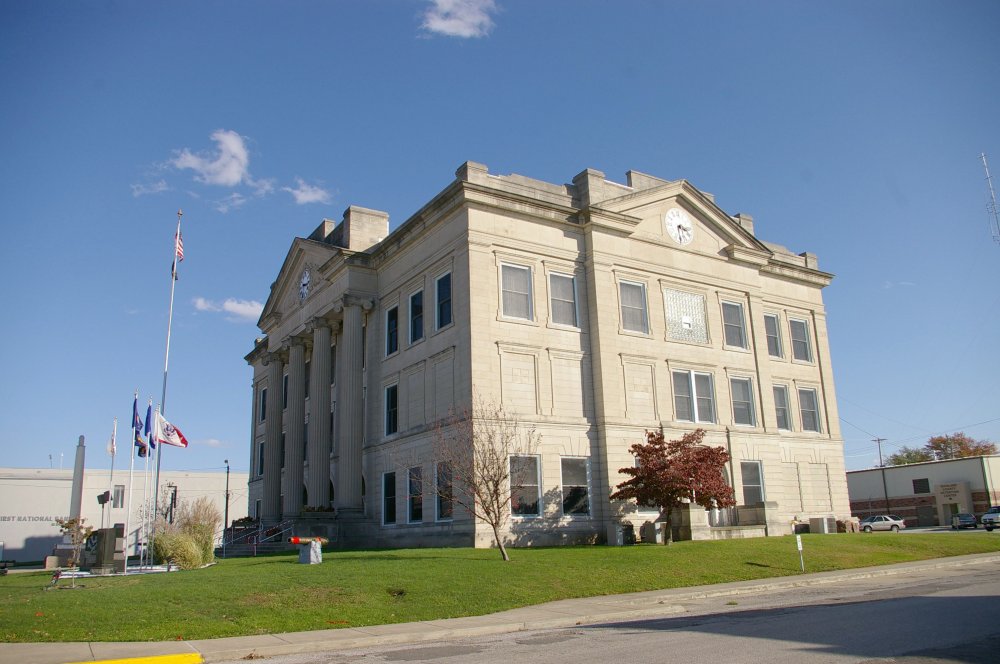 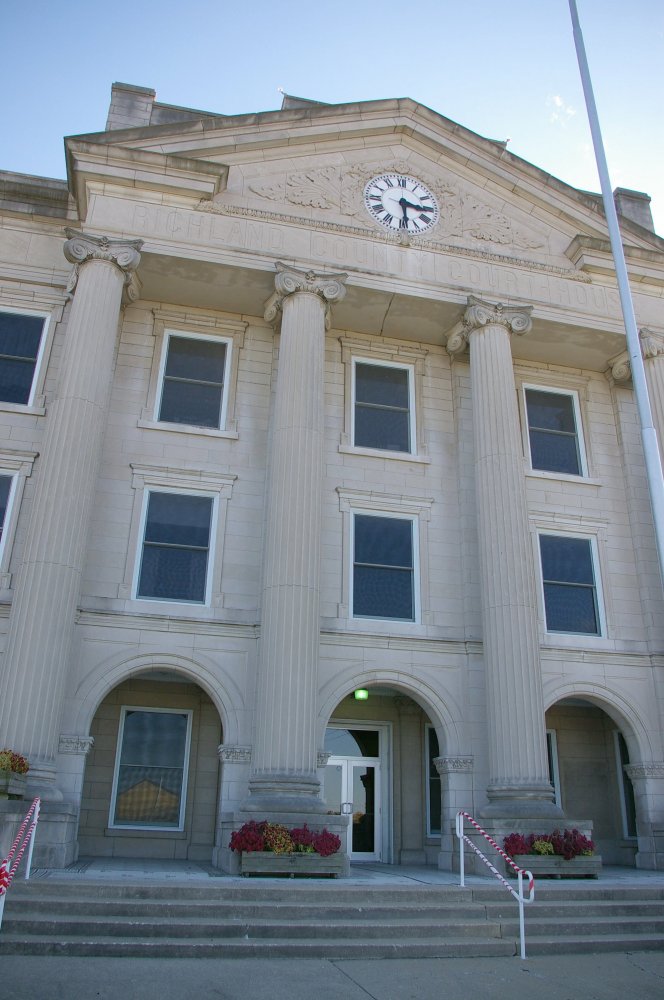 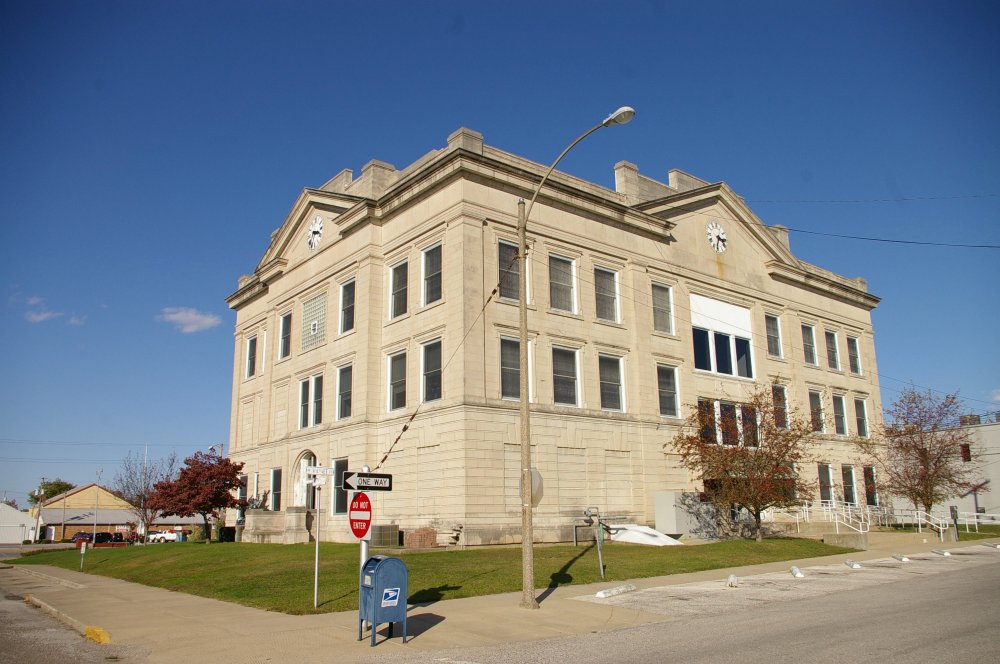 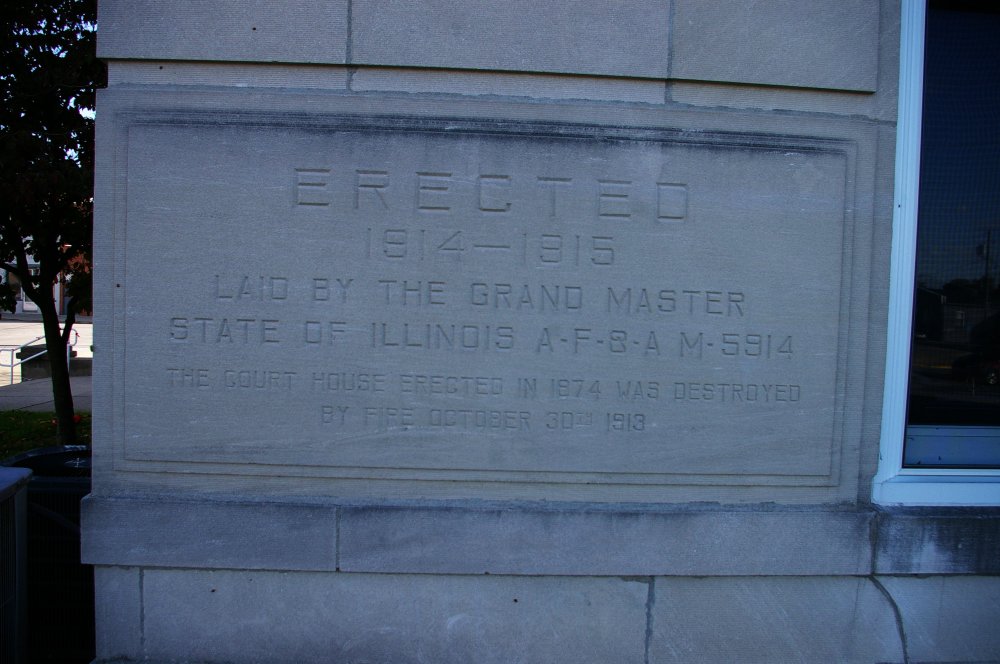 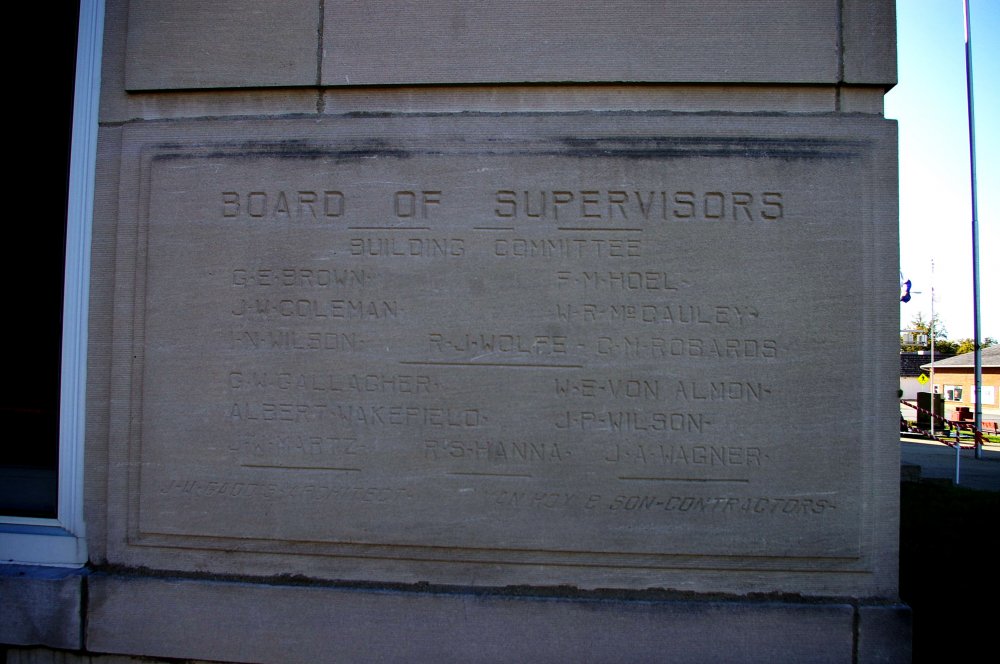