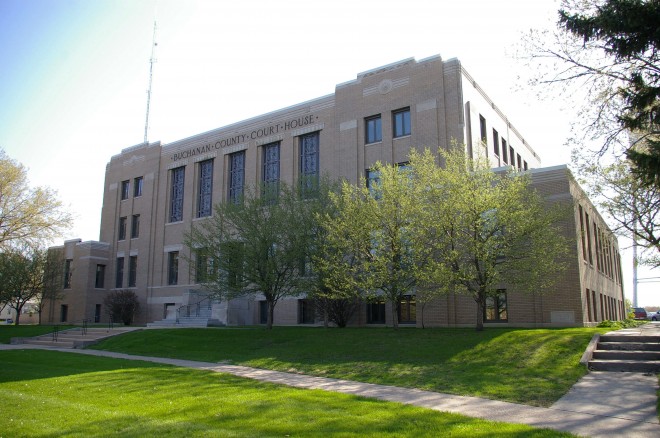 Buchanan County is named for James Buchanan, who was the fifteenth President of the United States.

Description: The building faces west and is a three story buff colored brick and concrete structure. The building is located on landscaped grounds in the center of Independence. The building is rectangular shaped and has five large windows on the second and third stories of the west front. Low wings extend on the south and north sides of the building. In the interior, the front entrance vestibule has two levels with the floor and steps covered in a pinkish gray colored marble. The walls are covered from floor to ceiling in polished Anamosa limestone squares. Fluted polished stone pilasters are located to either side of the front entrance doors. The central staircase is located midway along the east wall of the central corridor opposite the front entrance. The courtroom is located on the west side of the second story. The benches and all other wood elements in the courtroom are likely American walnut. A 5-foot tall wood paneled wainscoting set on a dark marble baseboard extends around the perimeter of the room. Above the wainscoting along the west side, the walls are finished with wide vertical strips of textured plaster painted dark red alternating with acoustic tile laid in wide vertical panels. The building houses the County District Court of the 1B Judicial District. 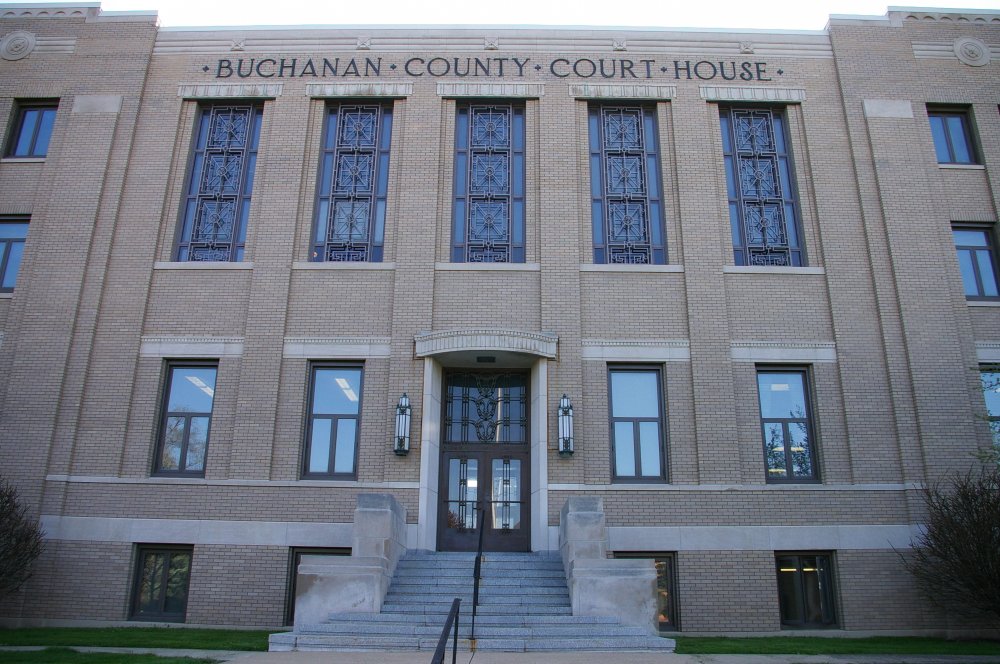 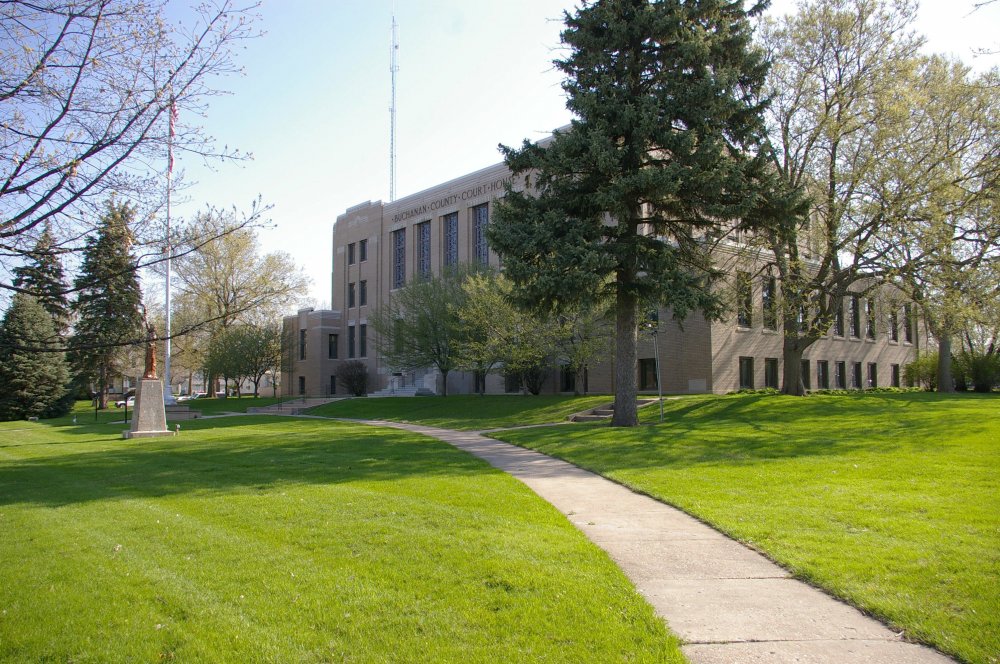 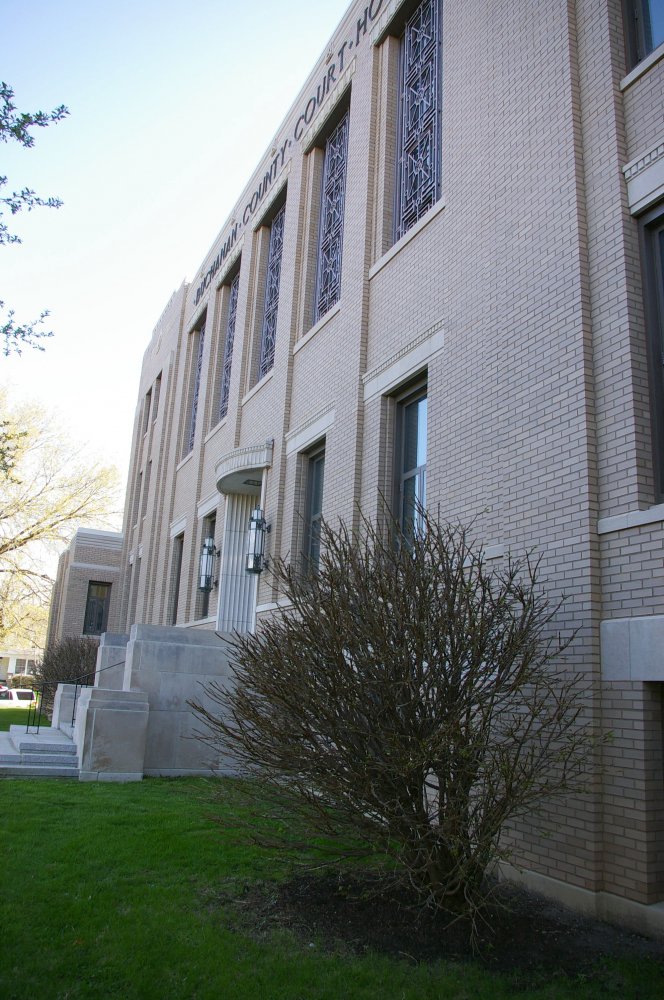 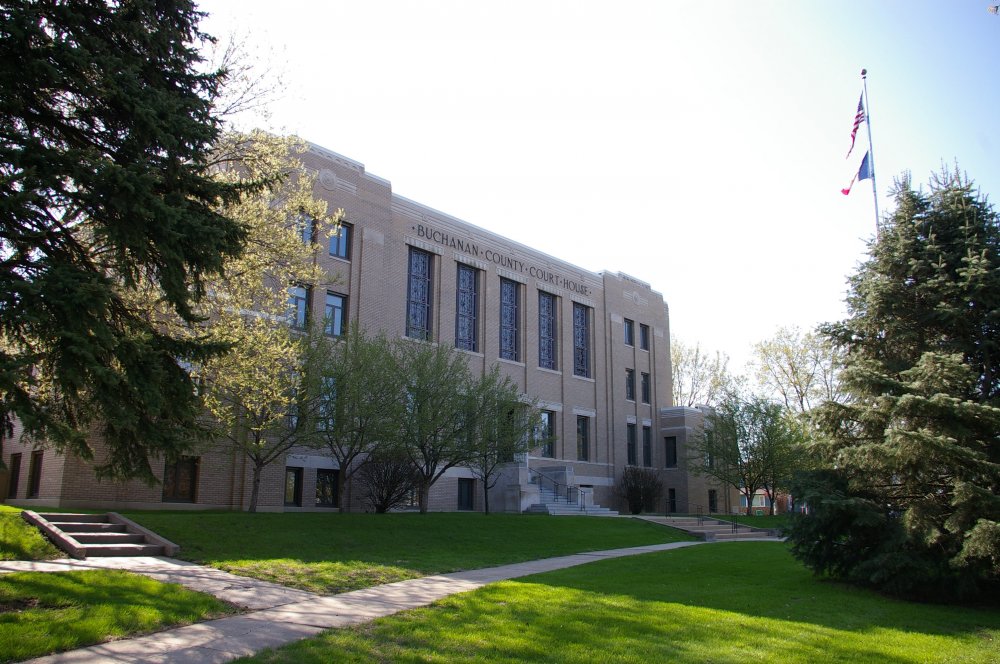 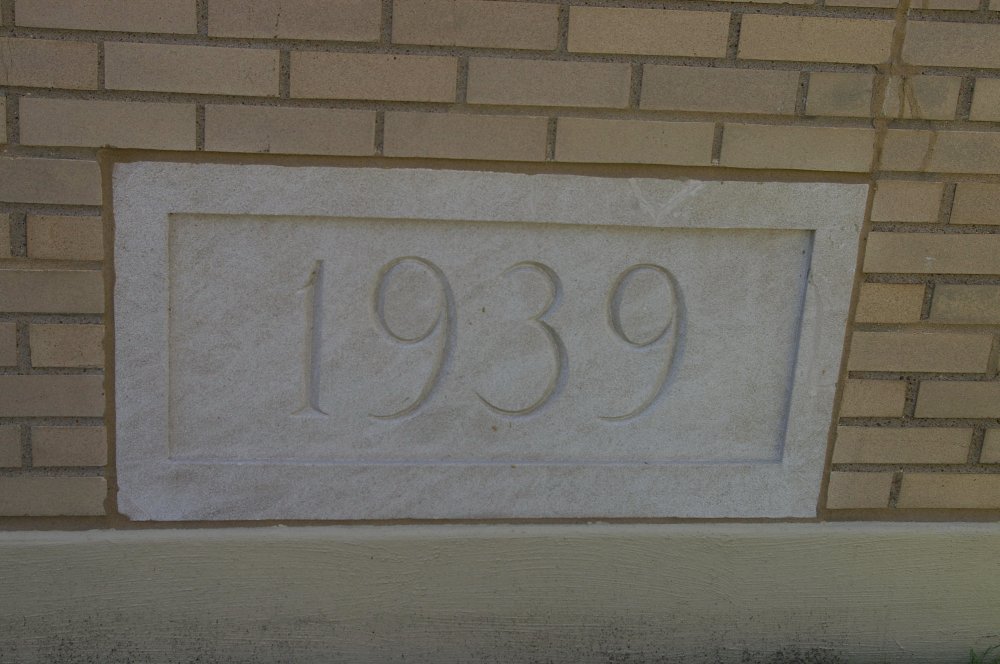 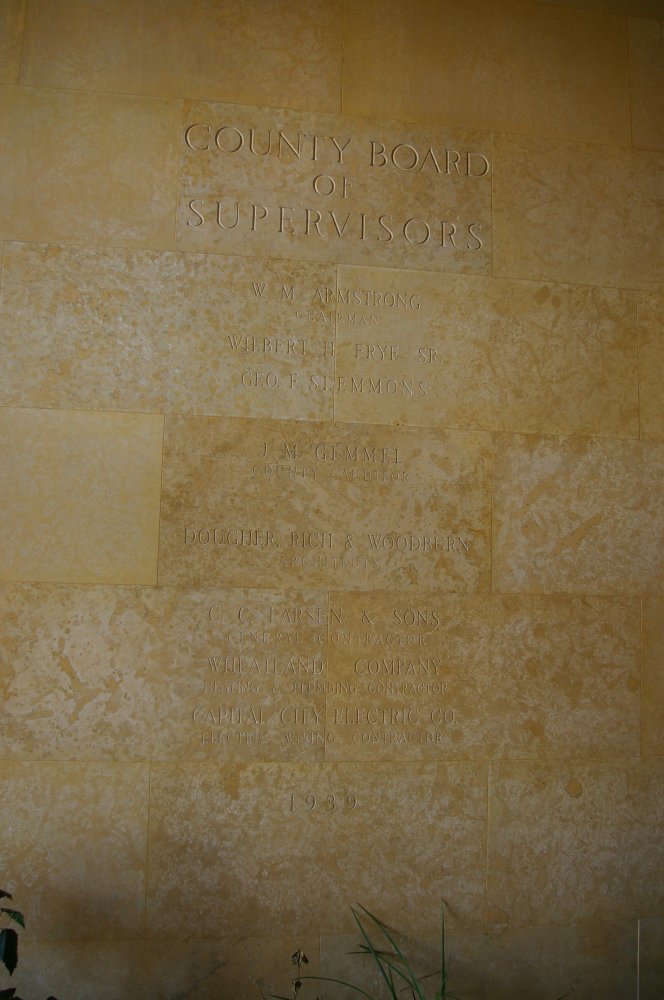 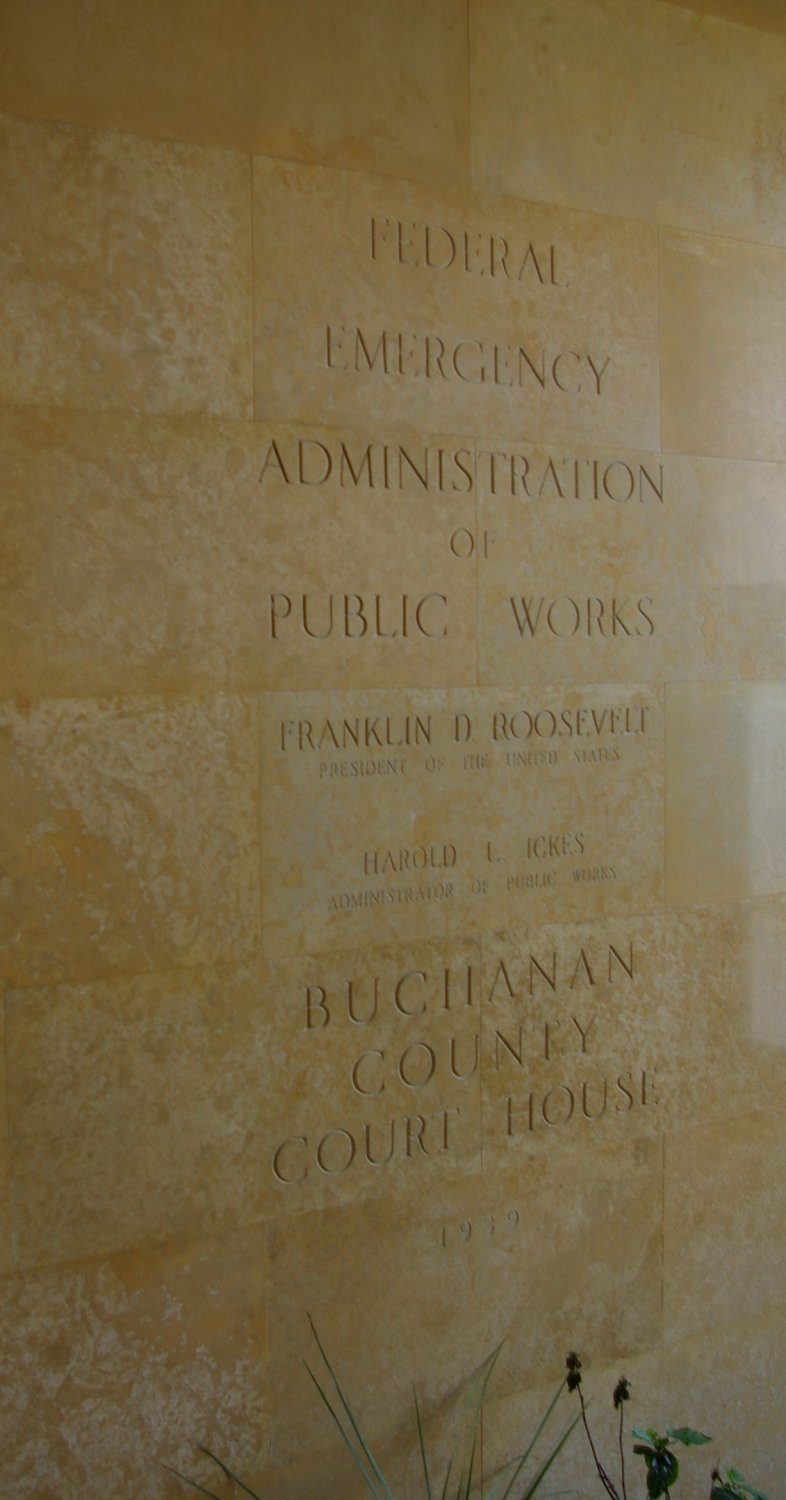