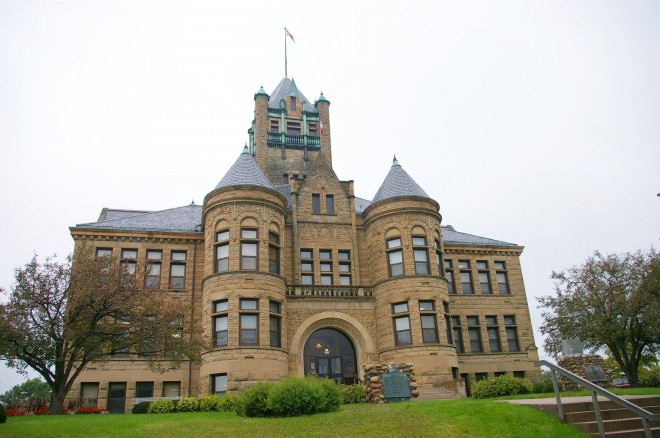 Johnson County is named for Richard Mentor Johnson, who was the ninth Vice President of the United States.

Description: The building faces east and is a two story buff colored sandstone structure. The front has two rounded towers with conical roofs with the recessed entrance section in the center. The entrance has a large ornamented stone arch with impressive carvings. On the center of the roof is a large square stone tower with pitched roof. During construction, the superintendent was J J Holtz. The building houses the County District Court of the 6 Judicial District. 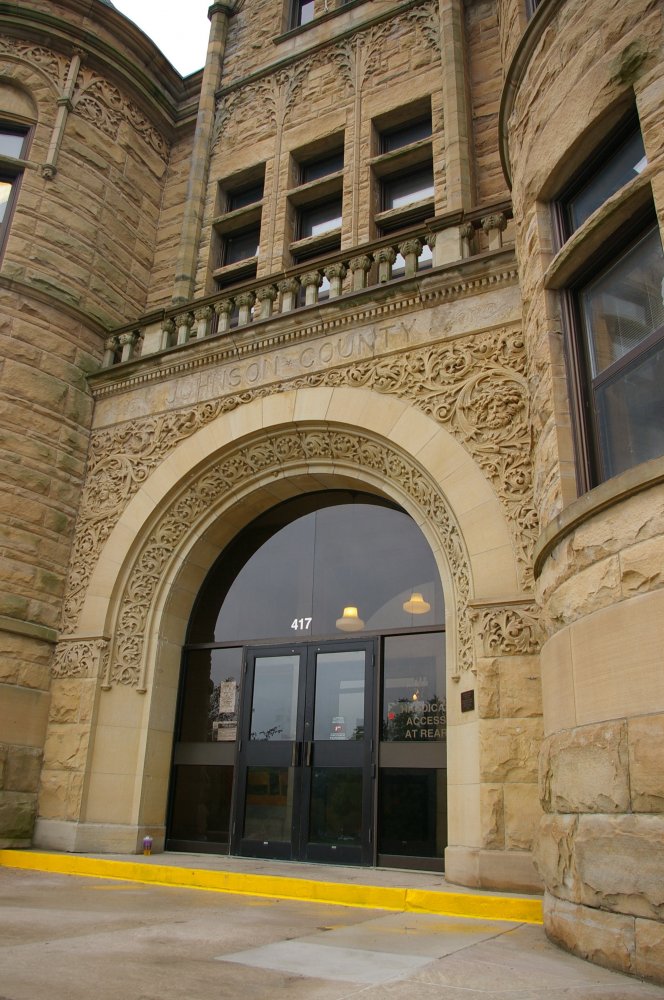 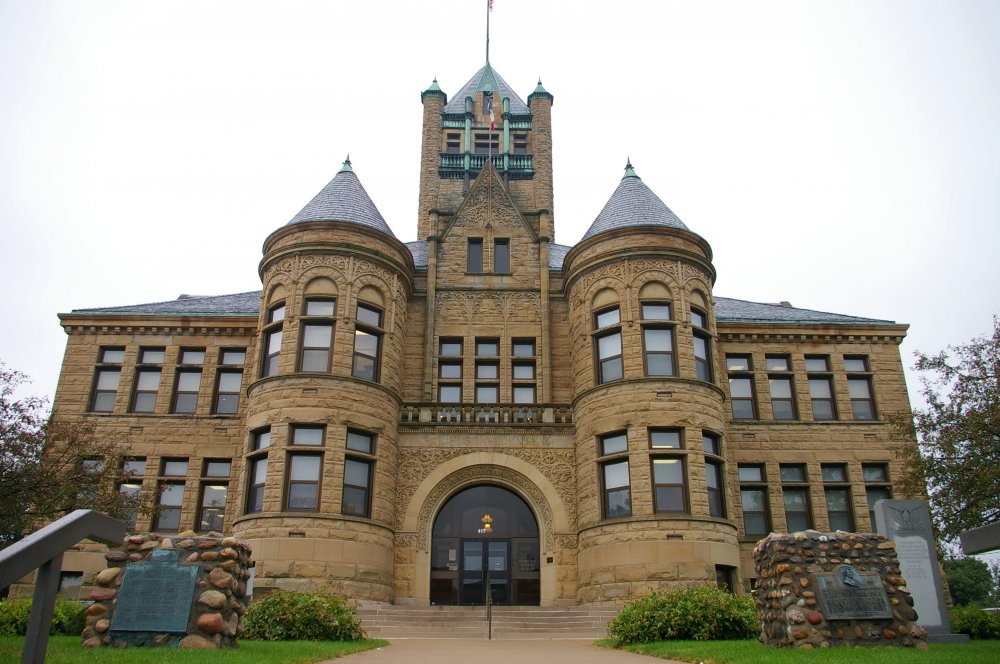 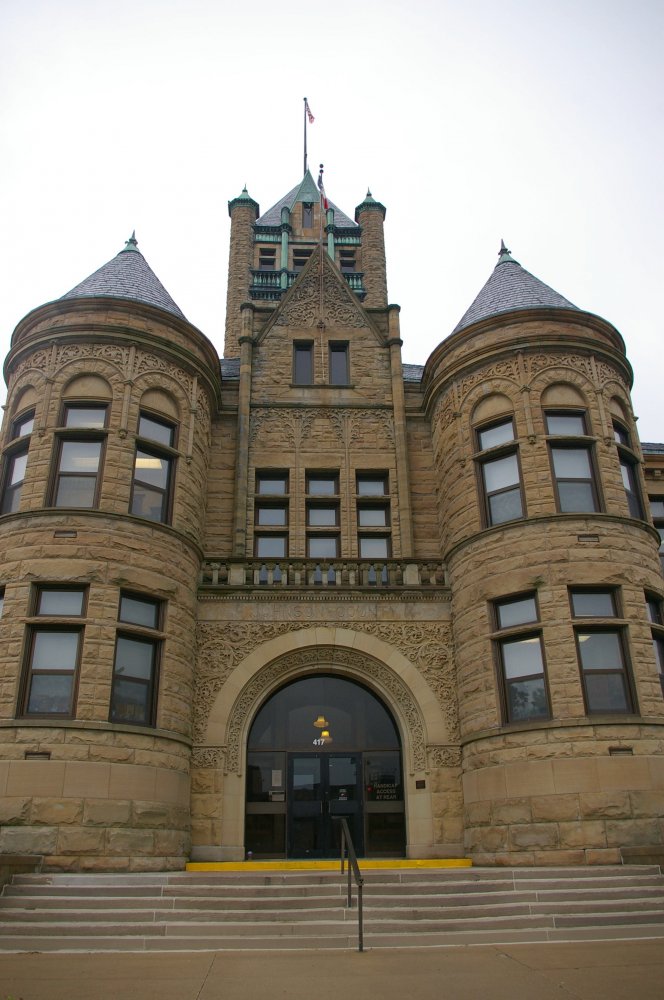 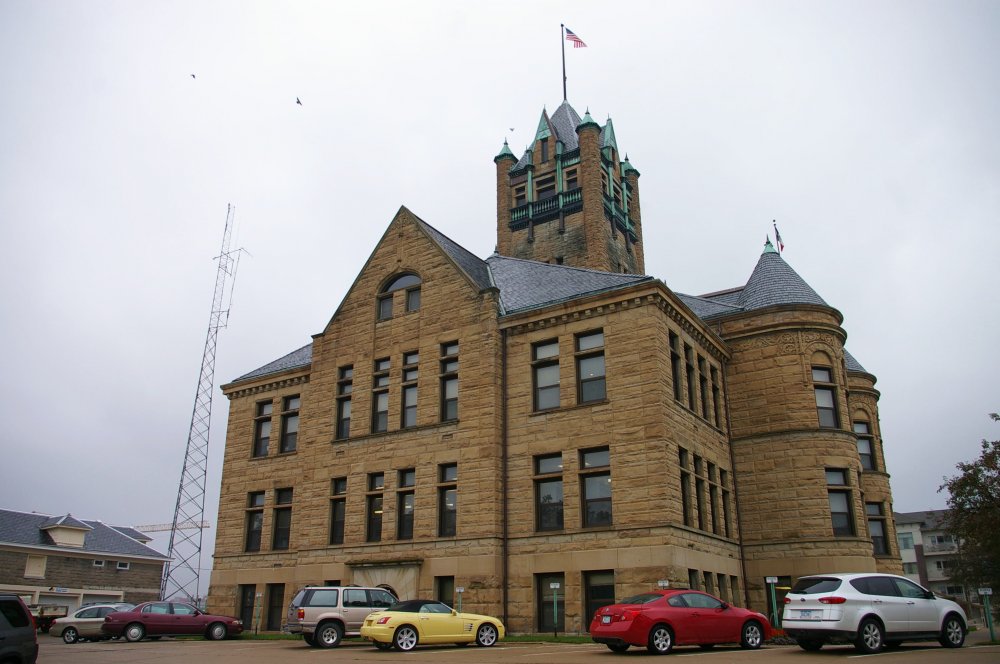 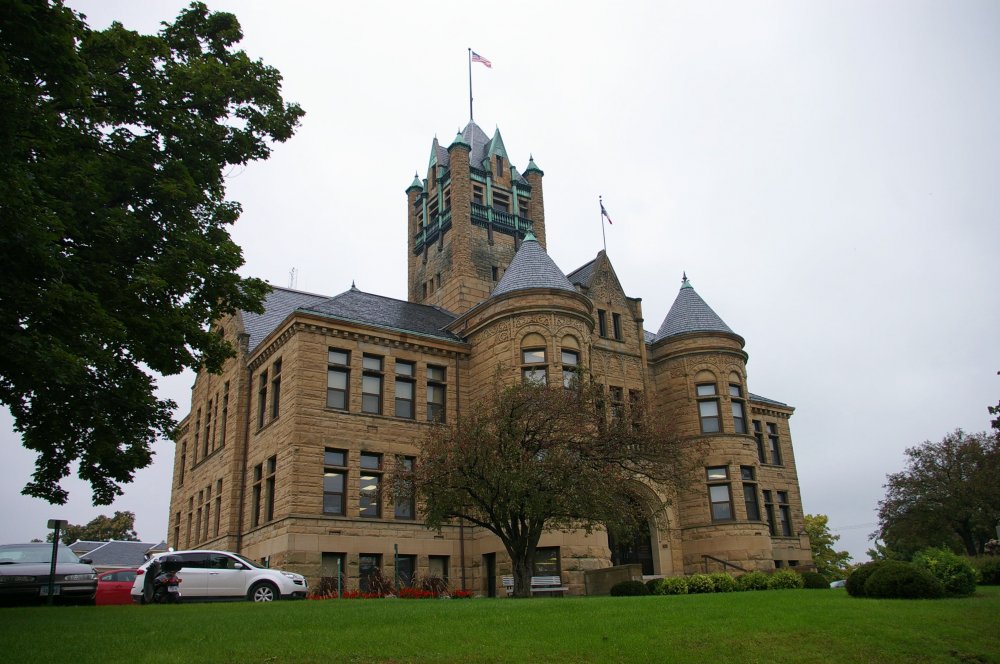 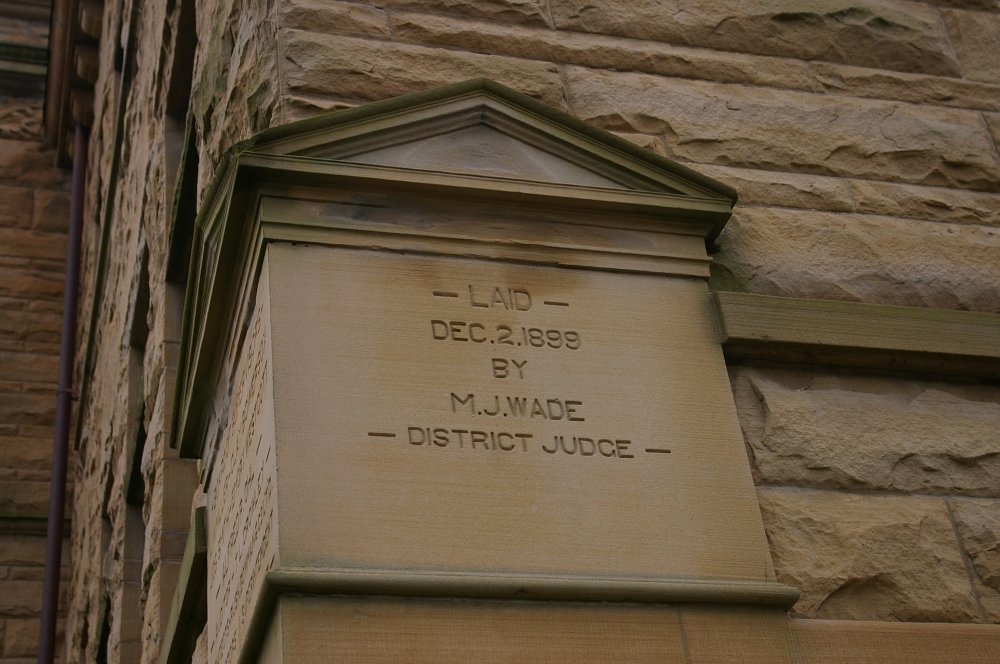 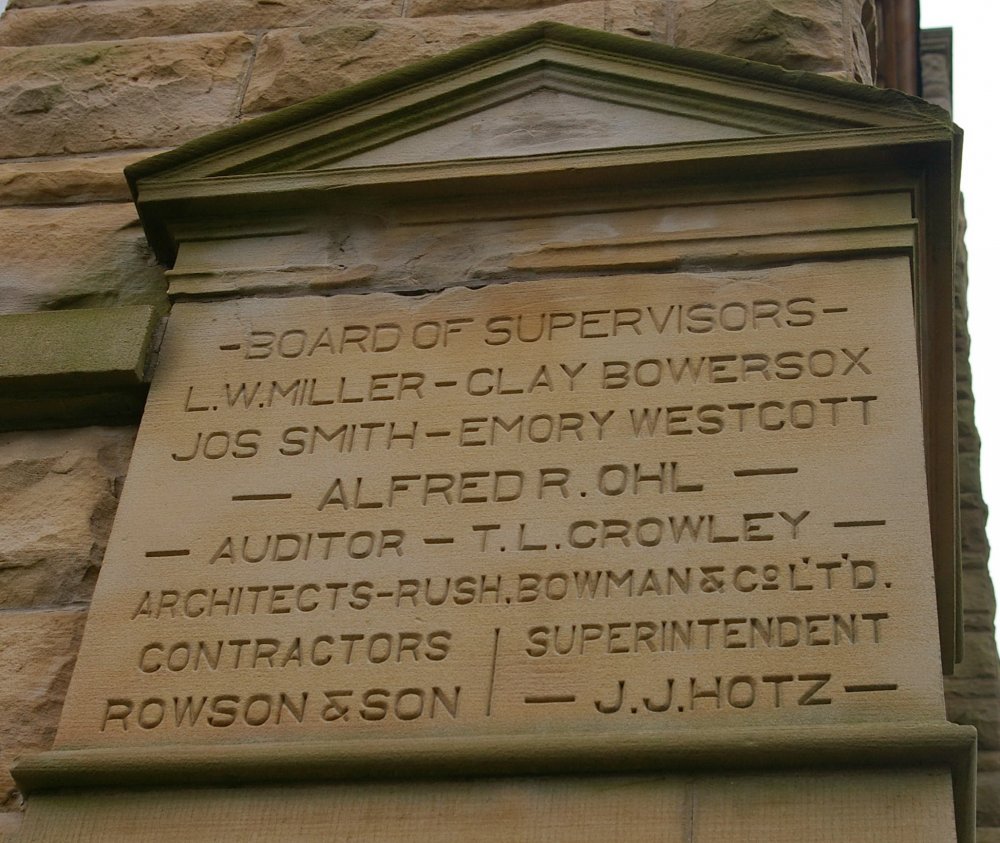