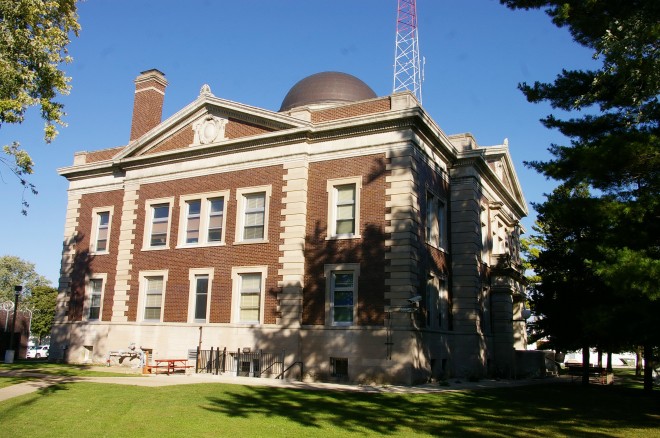 Ford County is named for Thomas Ford, who was the eight Governor of Illinois and who served during the Illinois Mormon War. 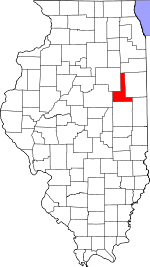 Description: The building faces south and is a two story brown colored brick, stone and concrete structure. The building is located on landscaped grounds in the center of Paxton. The building has stone trim at the corners and around the windows. On the center of the roof is a round black colored dome. In the interior, the building contains many murals painted during the 1930’s under the Works Progress Administration. The courtroom is located on the second story. The building houses the County Circuit Court of the 11th Judicial Circuit. On the west side is the Old Sheriff Residence and Jail.

History:  The county was created in 1859 and Paxton was selected as the county seat. The county met in churches until the first courthouse was a two story brick structure built by James F Hall in 1861 to 1862 at a cost of $16,000. The courthouse was enlarged in 1876 by William Daniels. The second and present courthouse was constructed in 1905 to 1906. 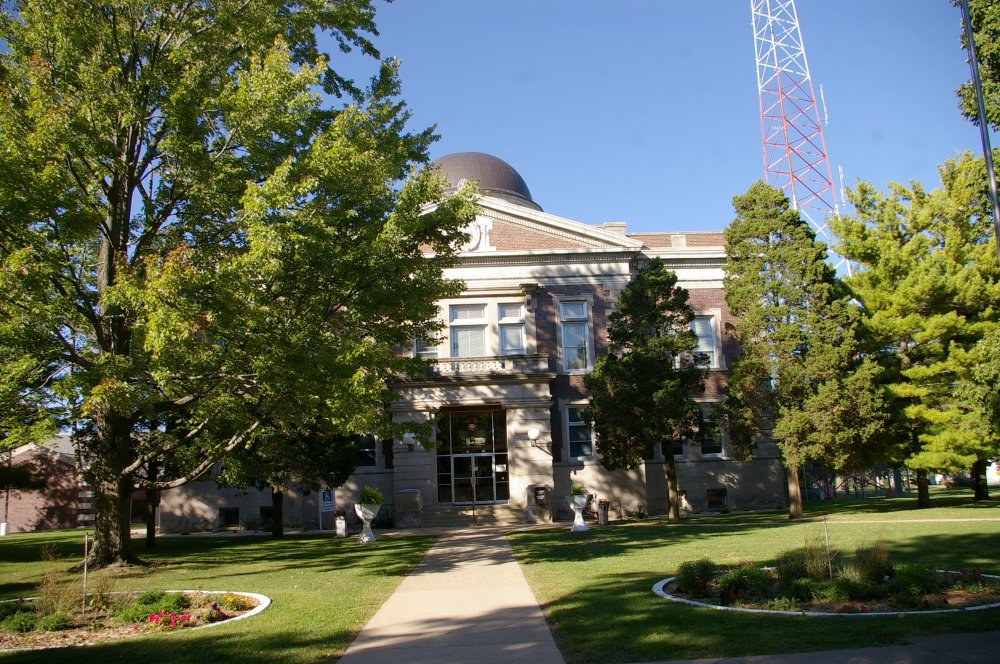