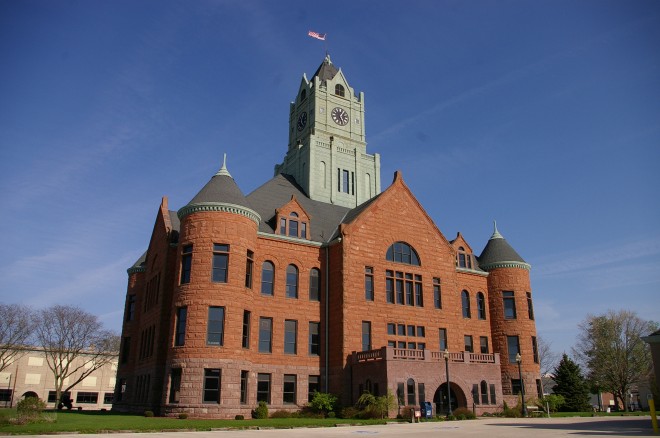 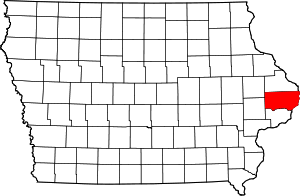 Description: The building faces east and is a four story red colored sandstone and granite structure. The building is located on the landscaped grounds of the Courthouse Square in the center of Clinton. On the east front, the building has a one story portico having three stone arches on either side of a large arch and a flat stone roof. At each corner of the building is a round tower with conical roof. Each side has a projecting center section with fan window at the top and high gable at the roof line. On the center of the roof is a large square copper clock tower. The hipped roof has dormers. In the interior is a metal staircase ascending to the third story. The large courtroom is located on the second story and contains wood trim and a large mural above the judge’s bench. The building houses the County District Court of the 7th Judicial District.

Description: The building faces north and is a two story red colored brick and concrete structure. The building is located on the landscaped grounds of the Courthouse Square on the west side of the courthouse. The front has a central semi-circular entrance. The second story is recessed. The roof line is flat. The construction manager was The Samuels Group, Inc. 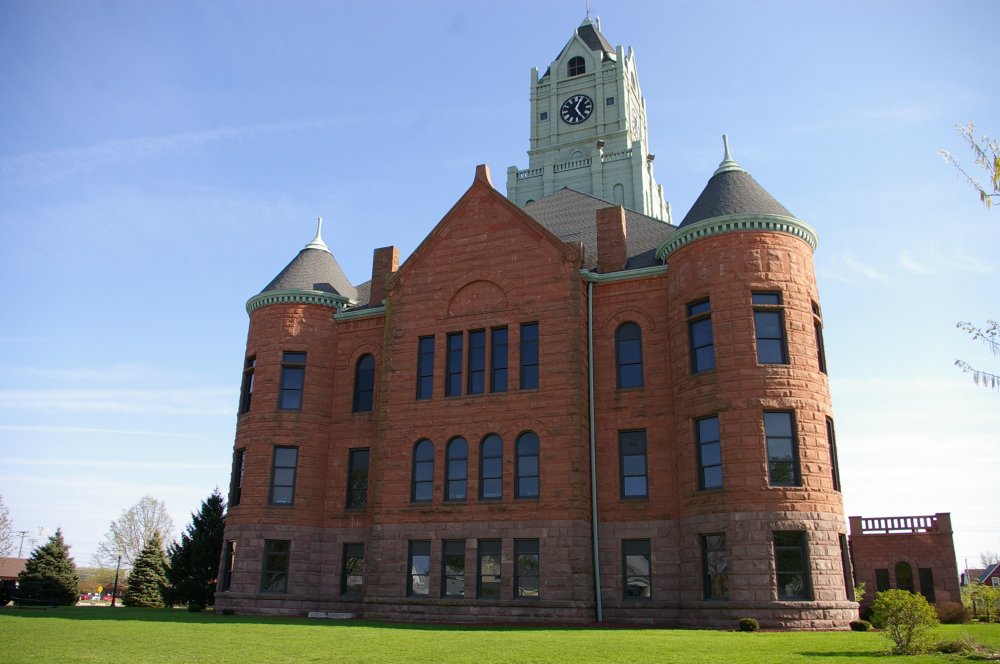 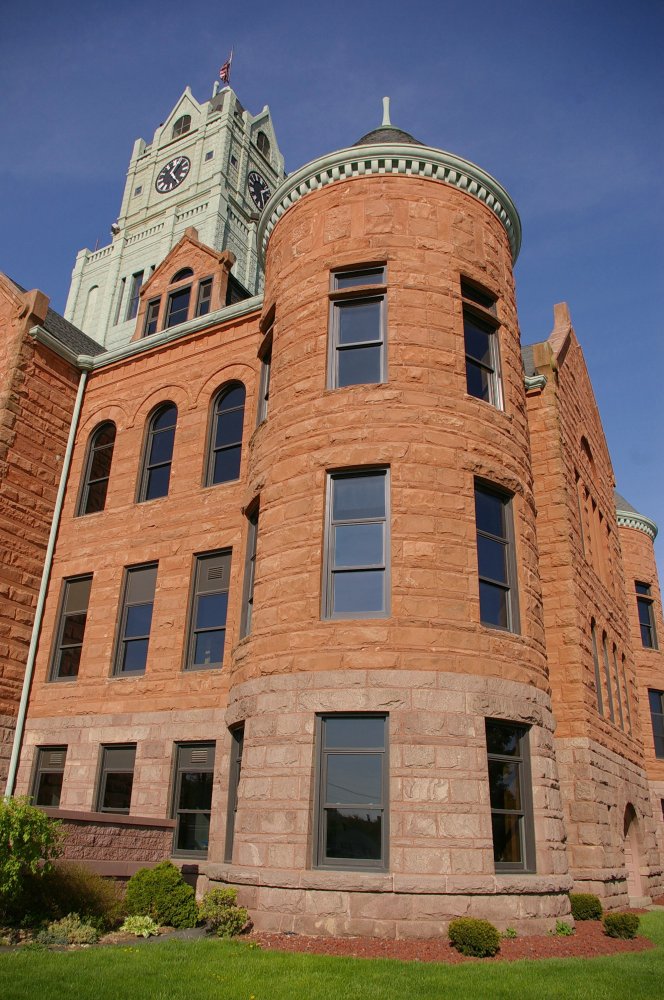 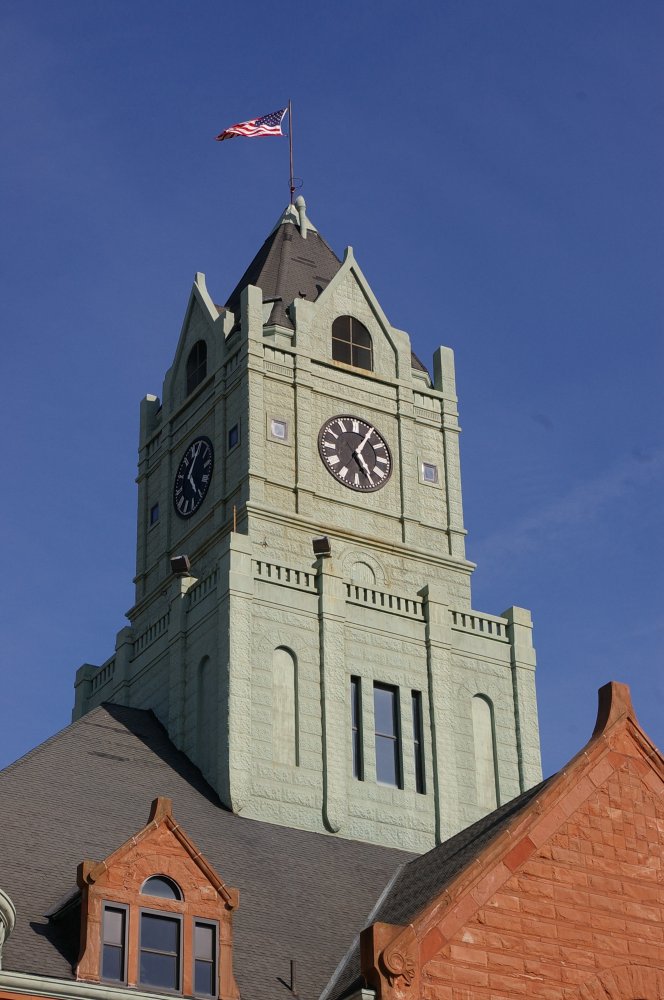 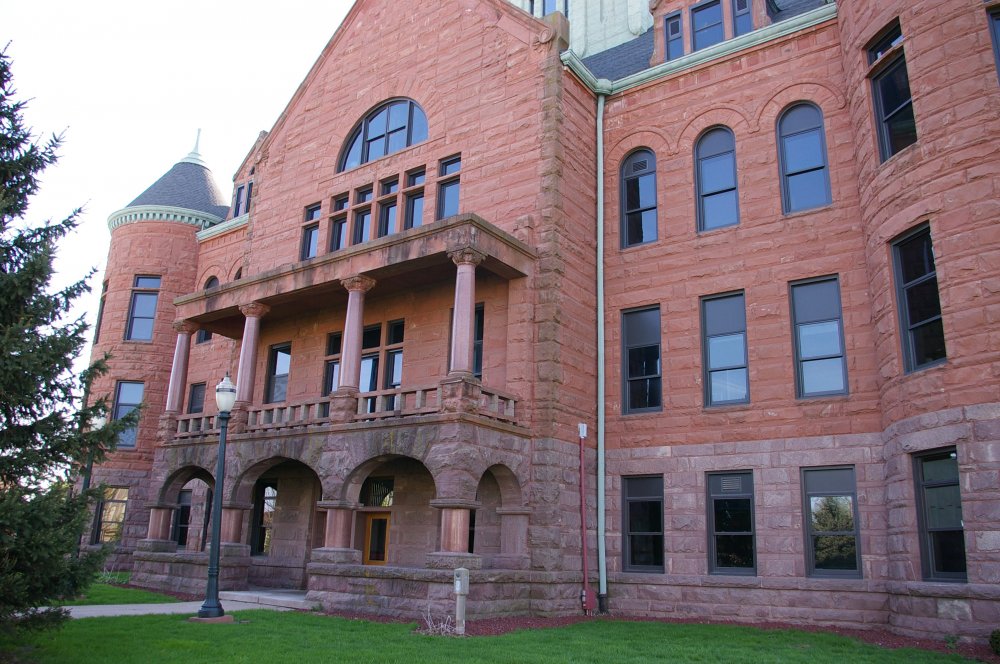 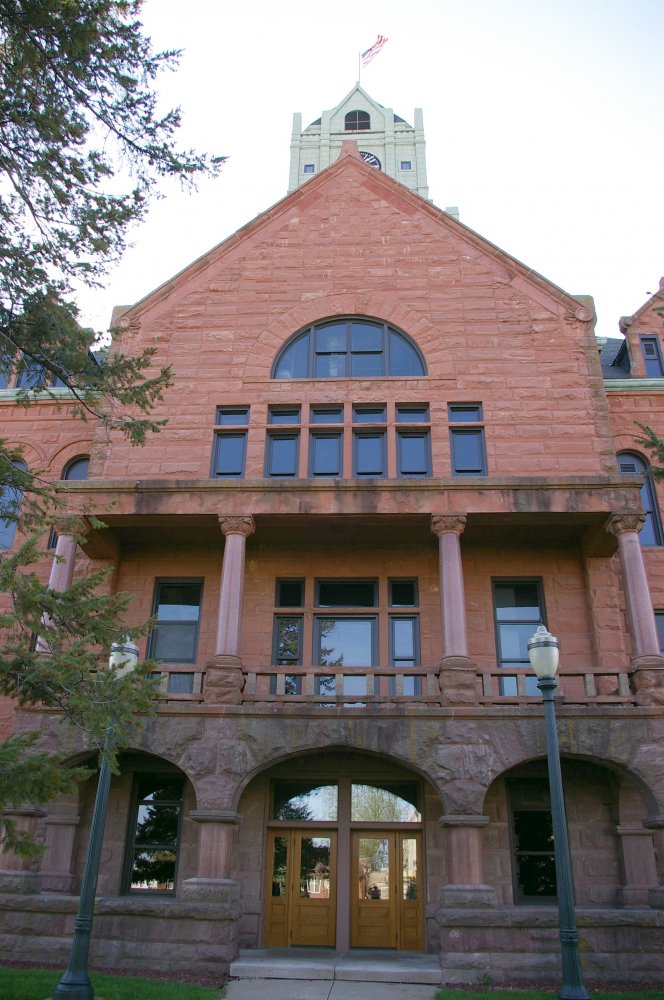