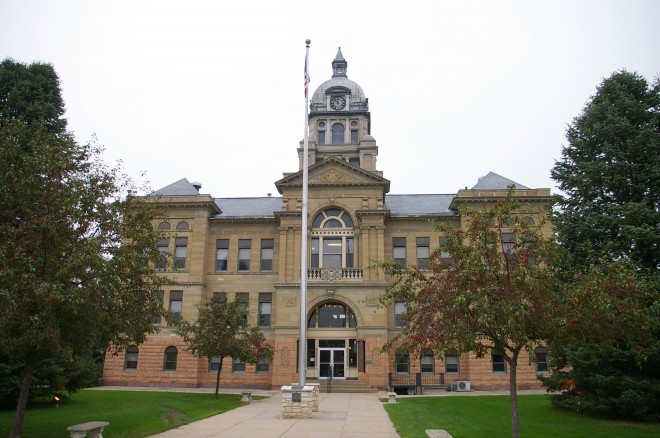 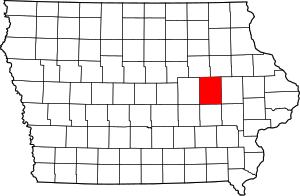 Description: The building faces south and is a three story Buckeye buff colored sandstone and concrete structure. The building is located on landscaped grounds in the center of Vinton. The first story or basement level has a high foundation of rusticated Kettle River sandstone while the rest of the building is made of dressed blocks of gray colored Buckeye sandstone. The center section projects from the main building and has an arched entrance on the first story. Stone banding separates each story from the other as does the treatment of each level’s window openings. There is a large arched window on the second story with pediment above. The east and west wings also project. On the center of the roof is a high square clock tower rising 112 feet with cupola at the top. In the interior is a central rotunda rising from the spacious entrance lobby. The staircase on the north side rises to the second story and the courtroom. The building houses the County District Court of the 6th Judicial District. During construction, the superintendent was J A Murphy. 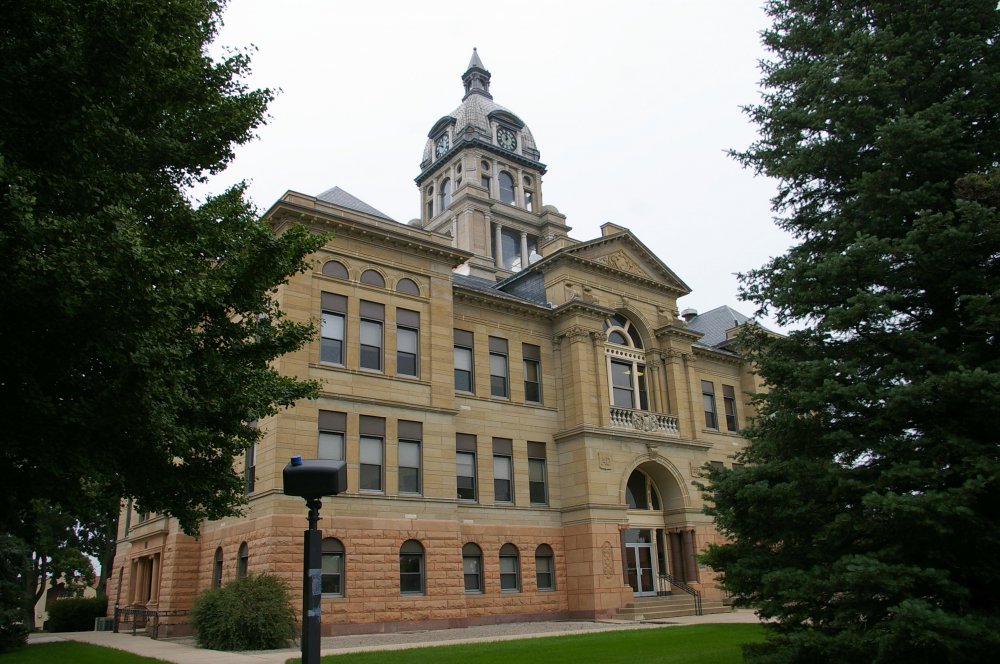 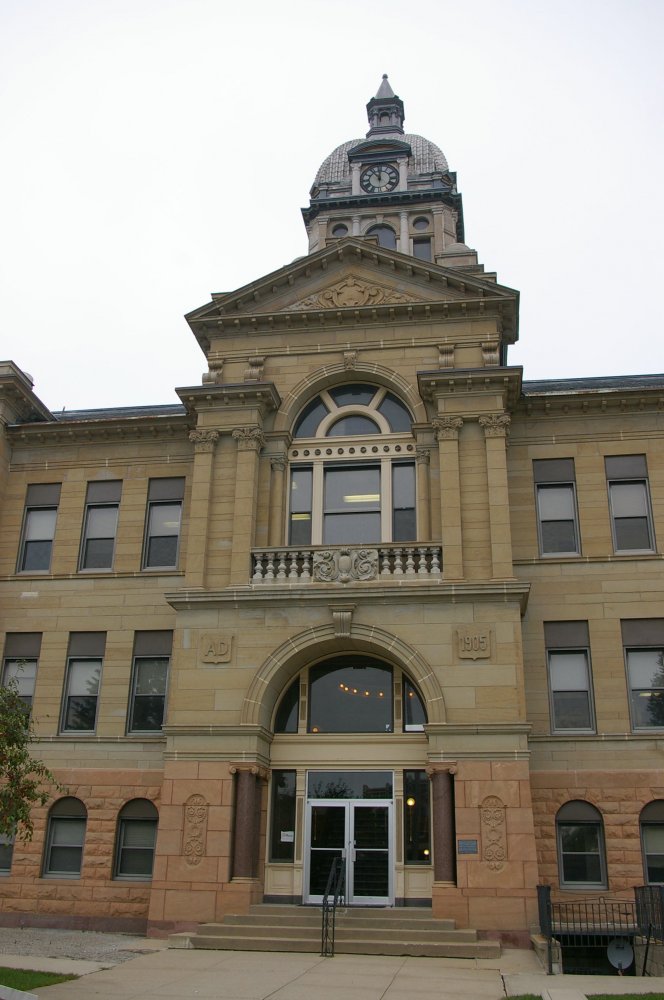 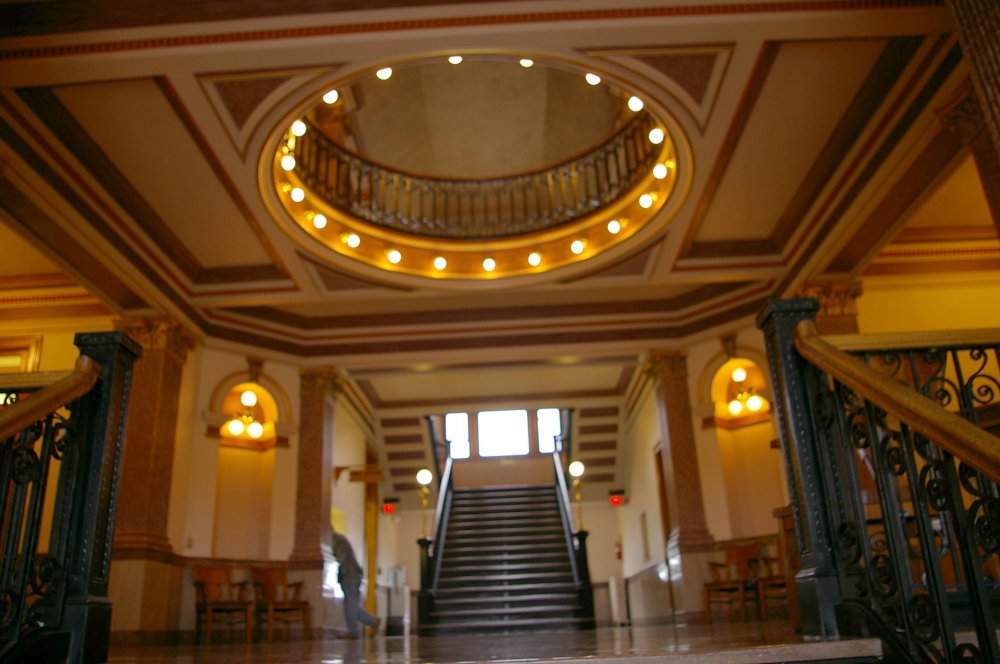 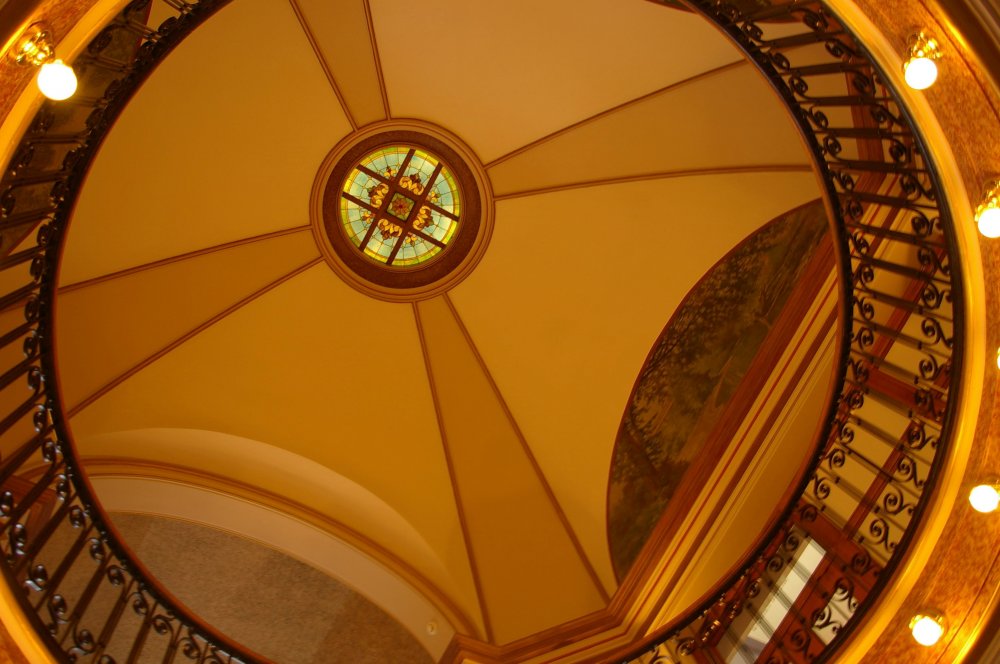 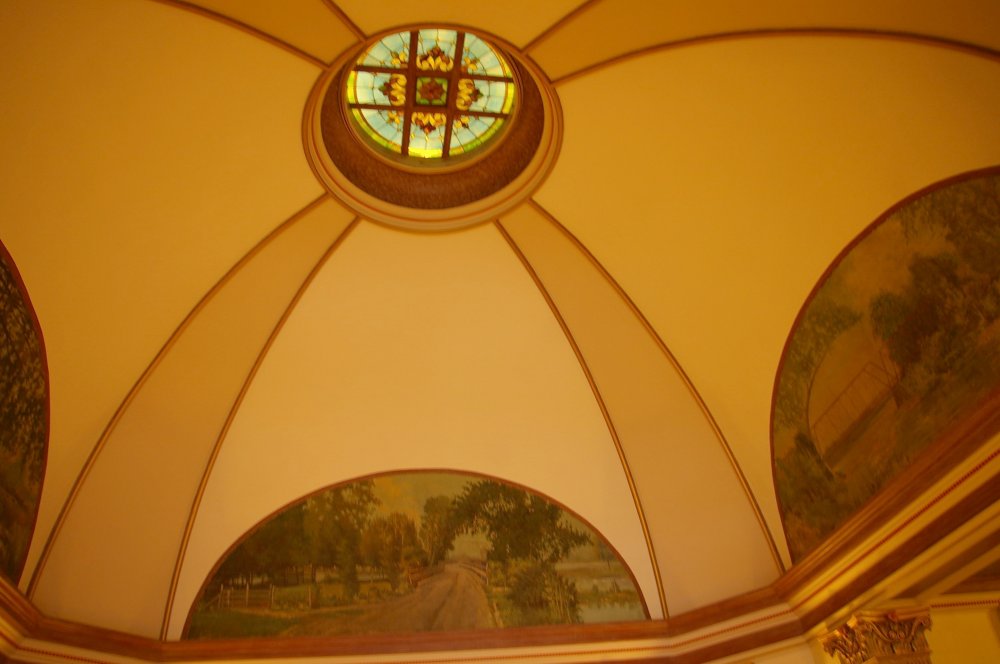 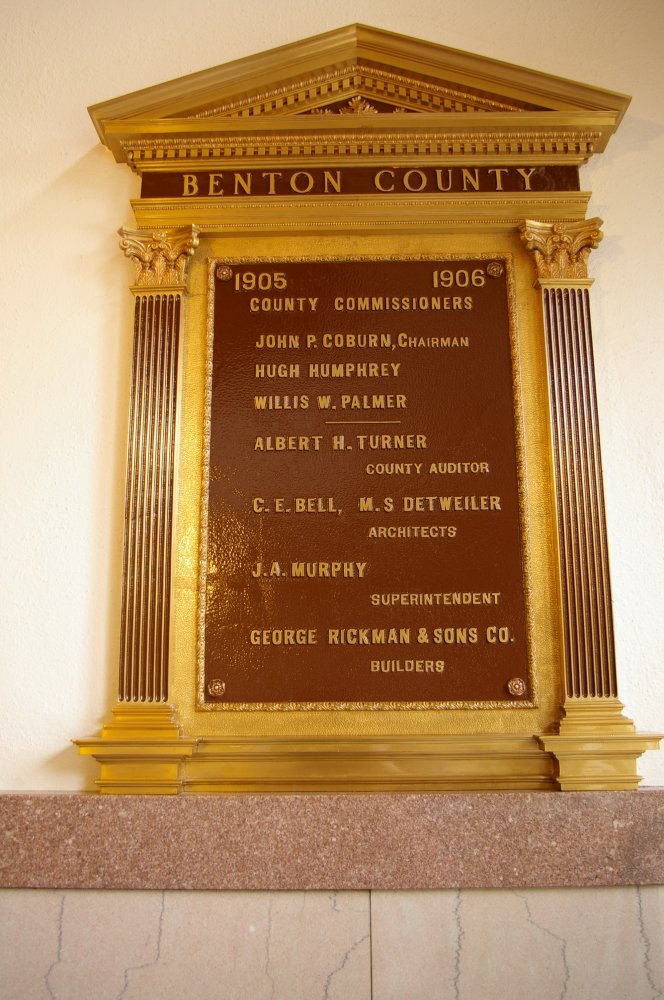 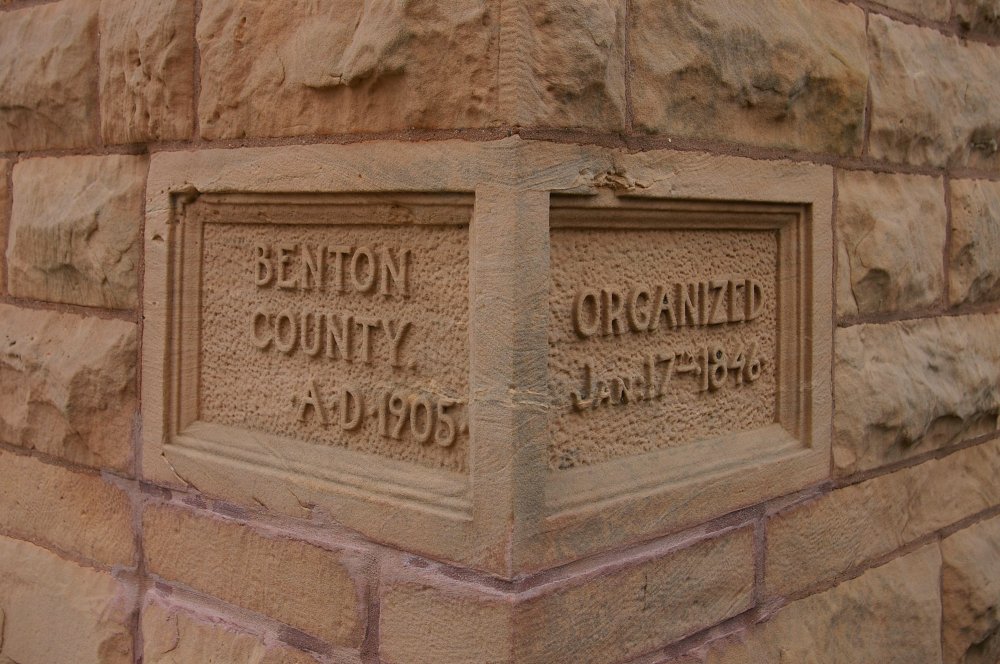