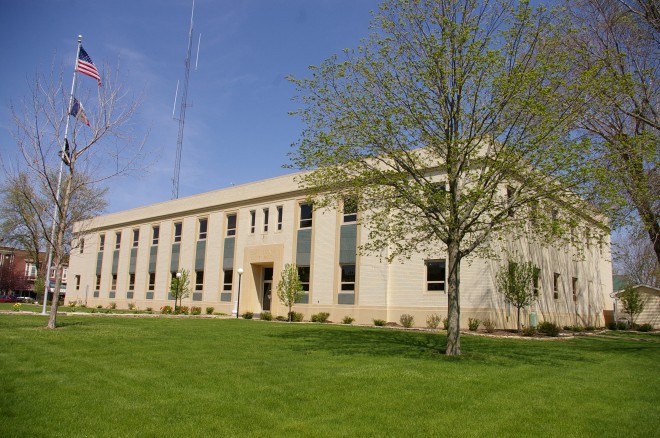 Description: The building faces west and is a two story buff colored brick and concrete structure. The rectangular building is located on spacious landscaped grounds. The west front has a recessed entrance at the center with three small windows above on the second story. There is a wide projecting band around the roof. The roof line is flat. The building houses the District Court of the 7th Judicial District. 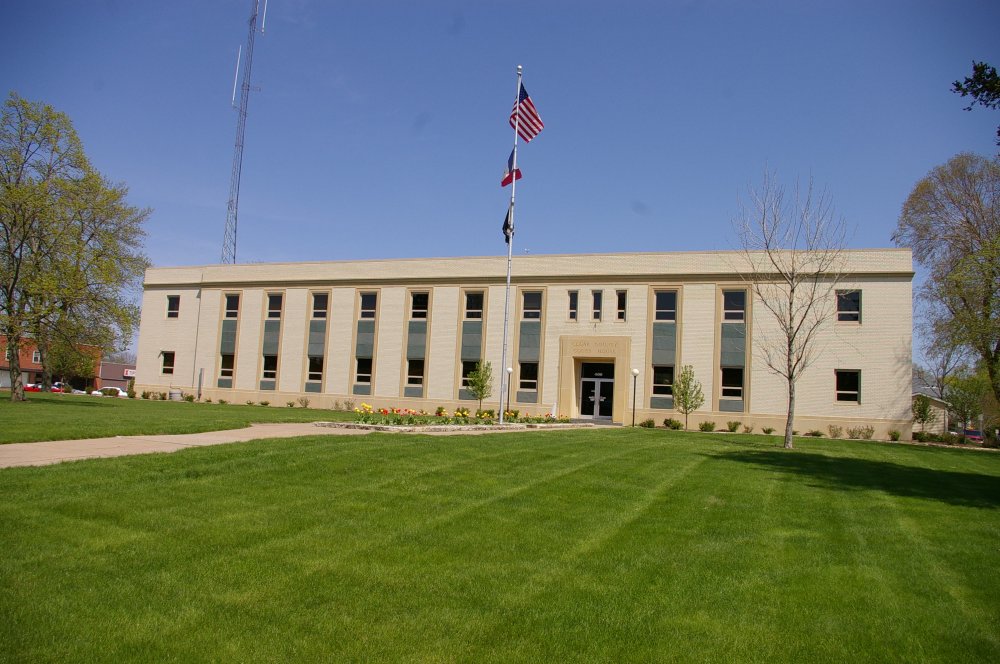 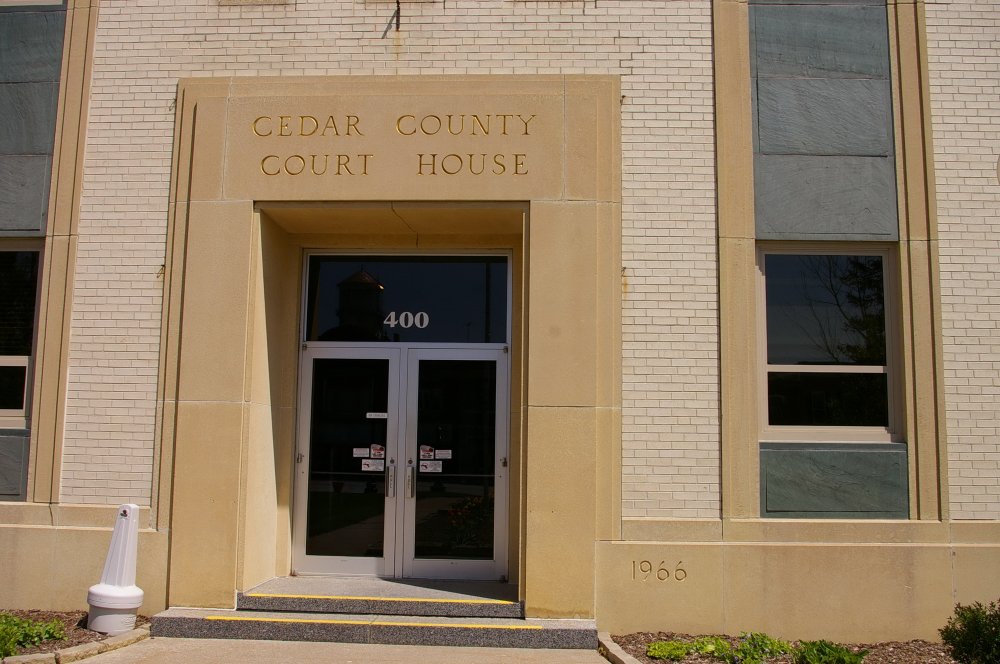 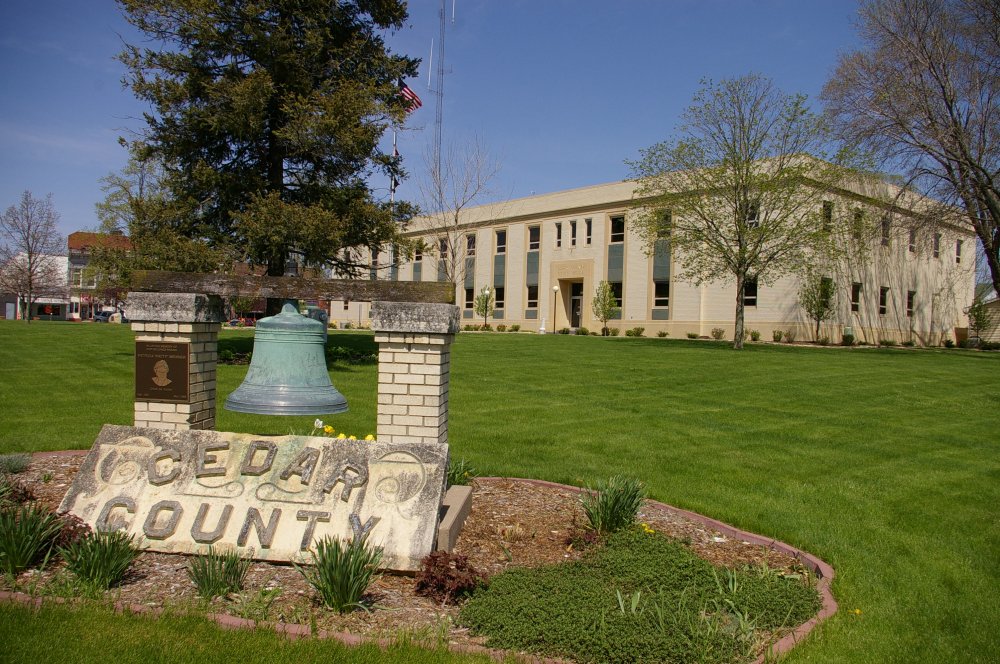